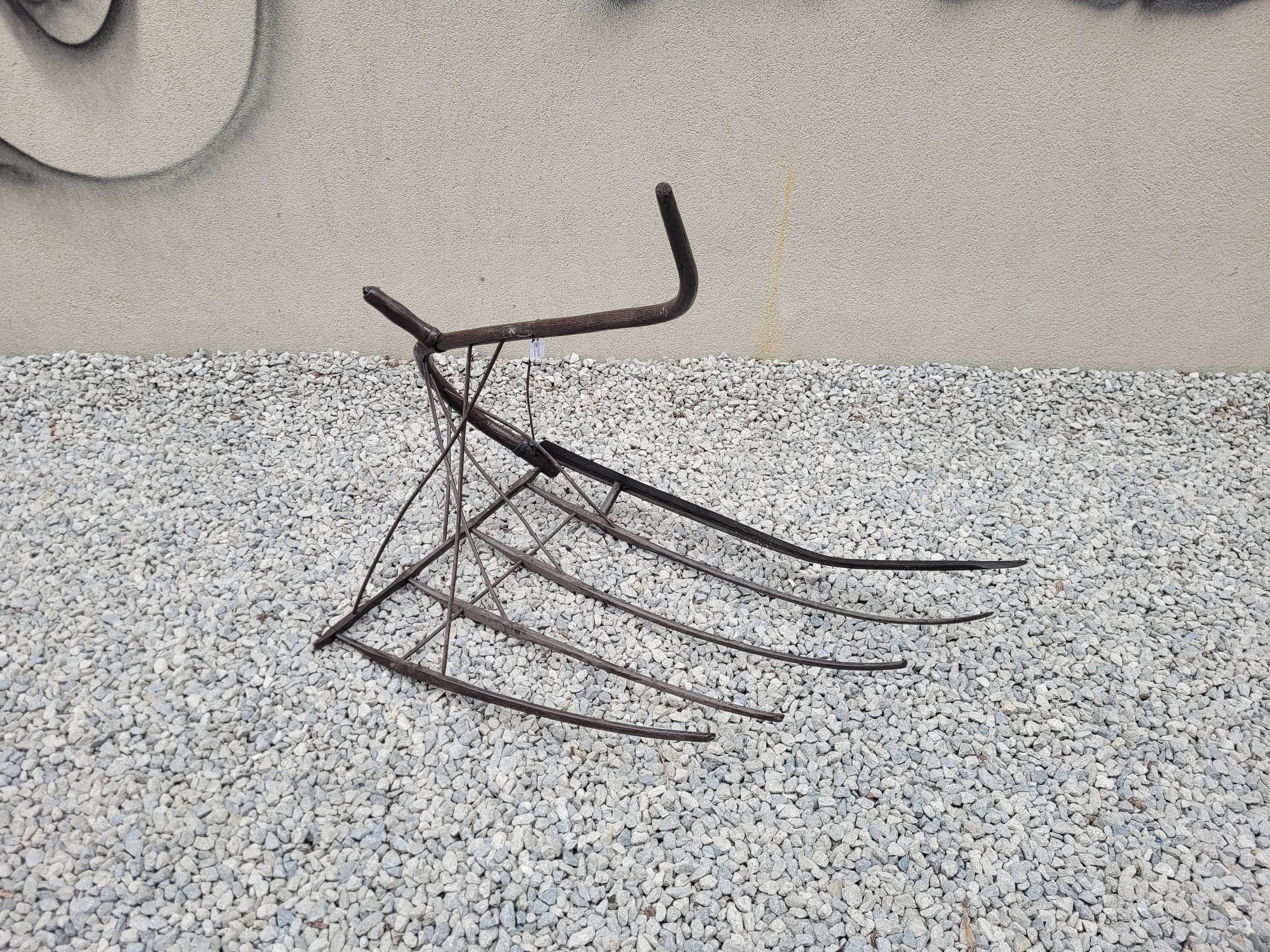 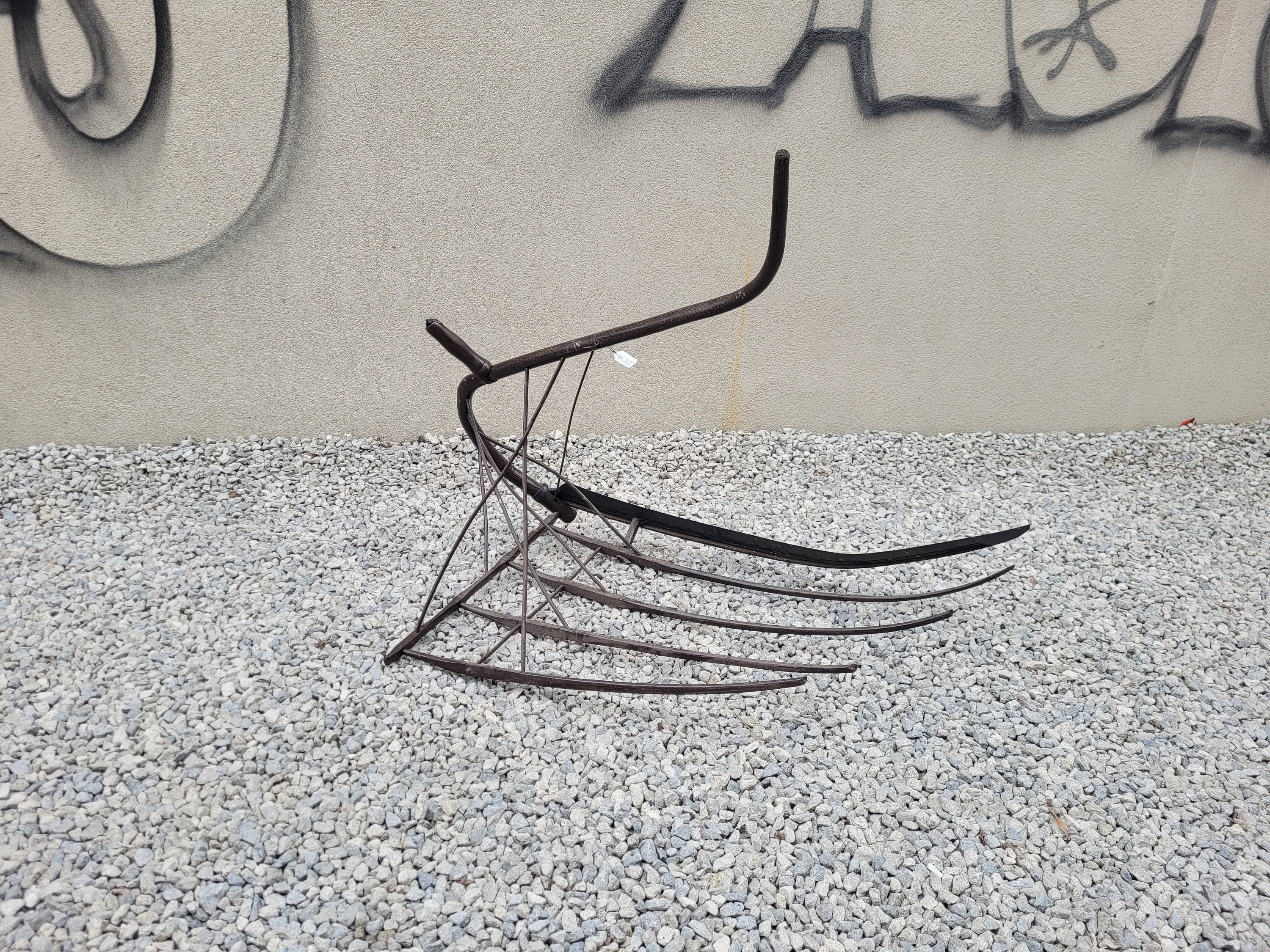 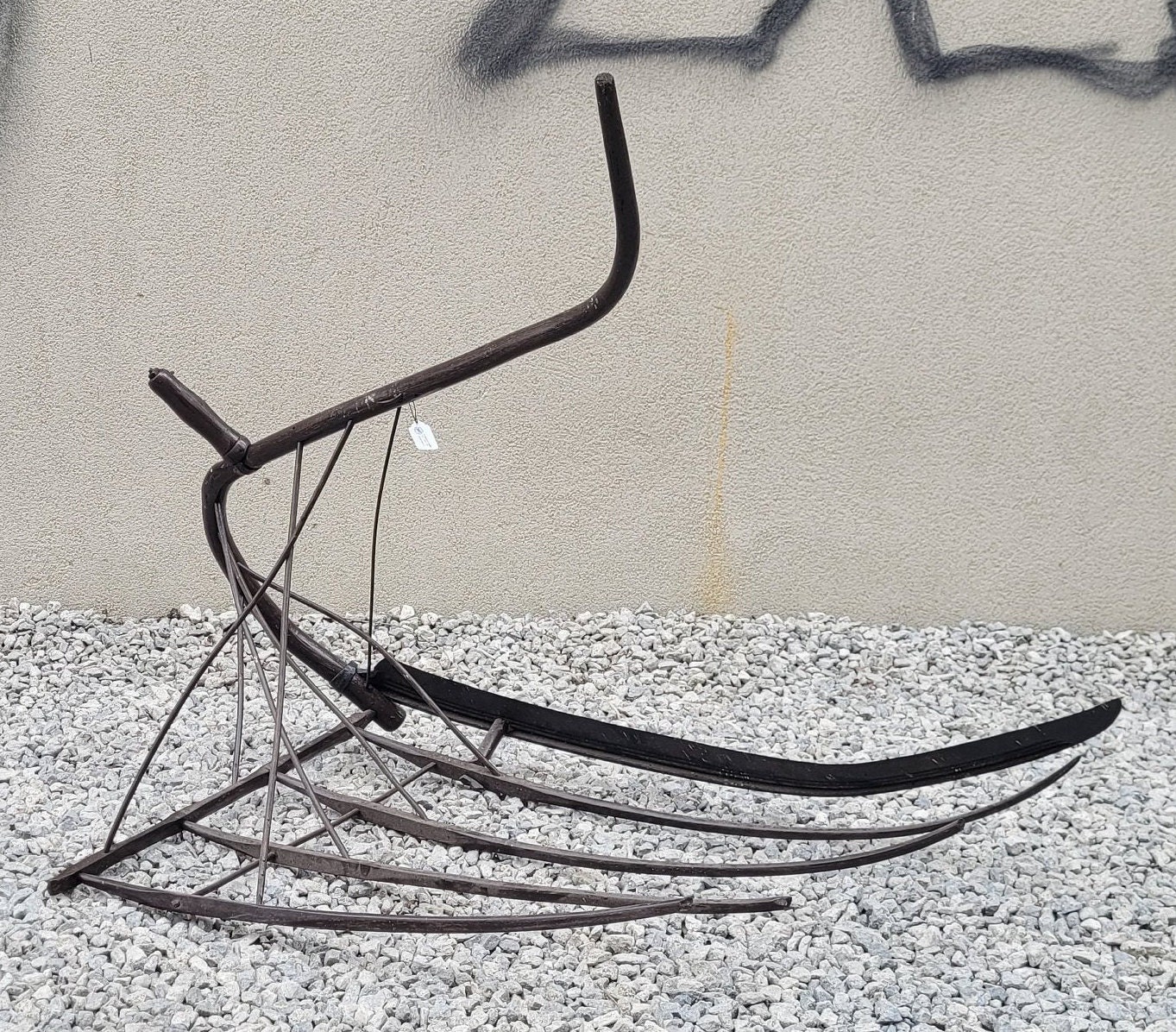 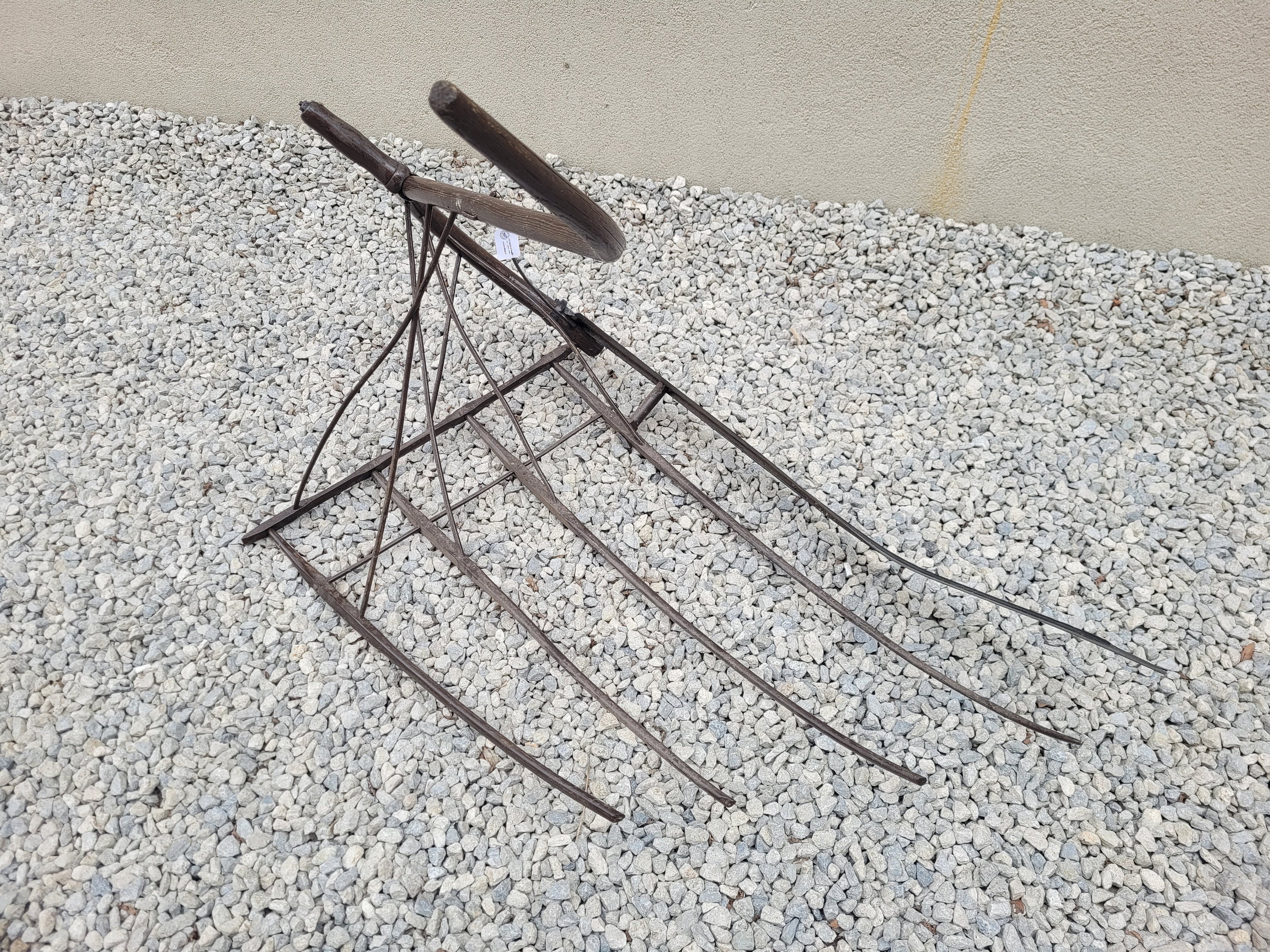 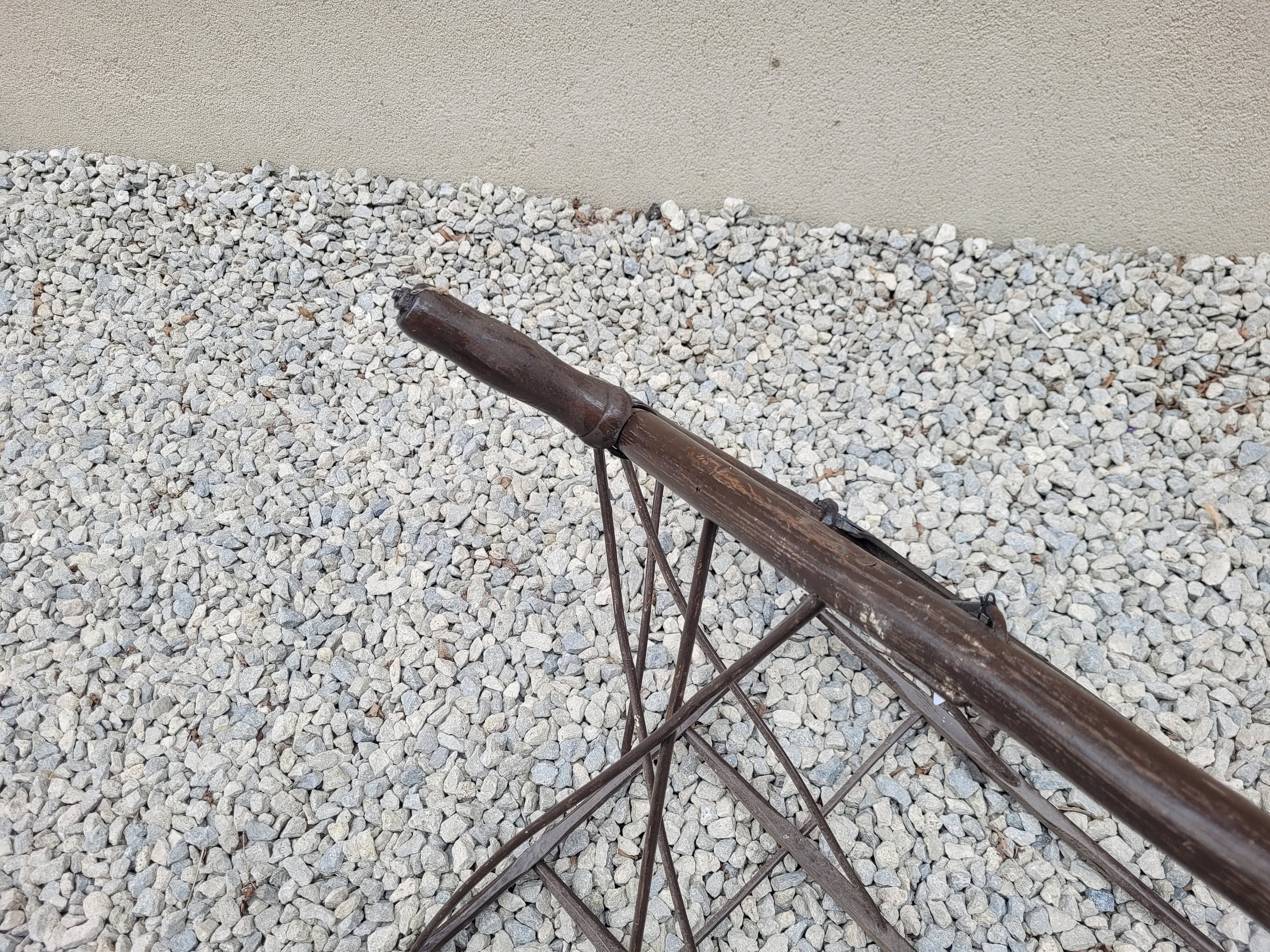 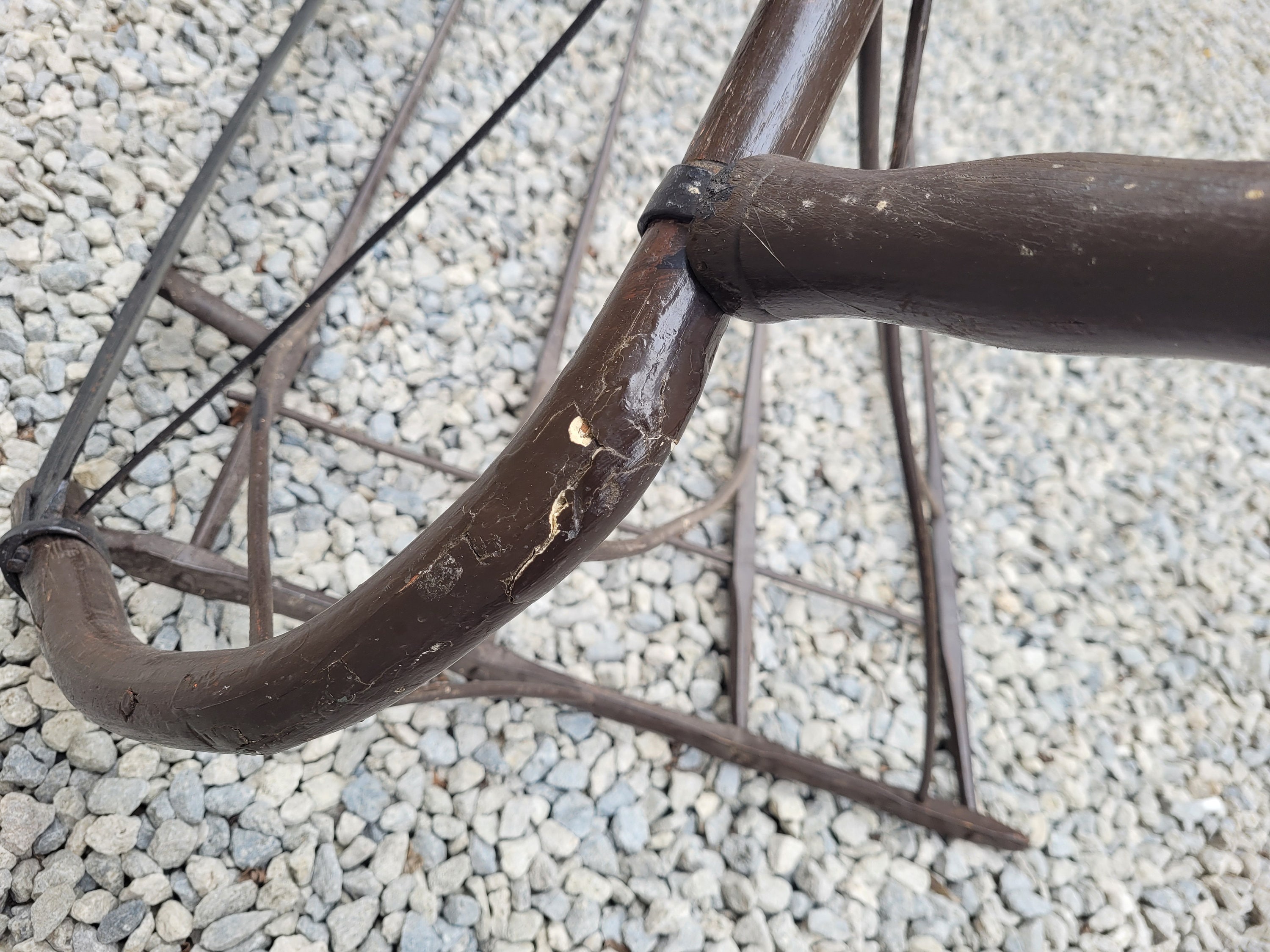 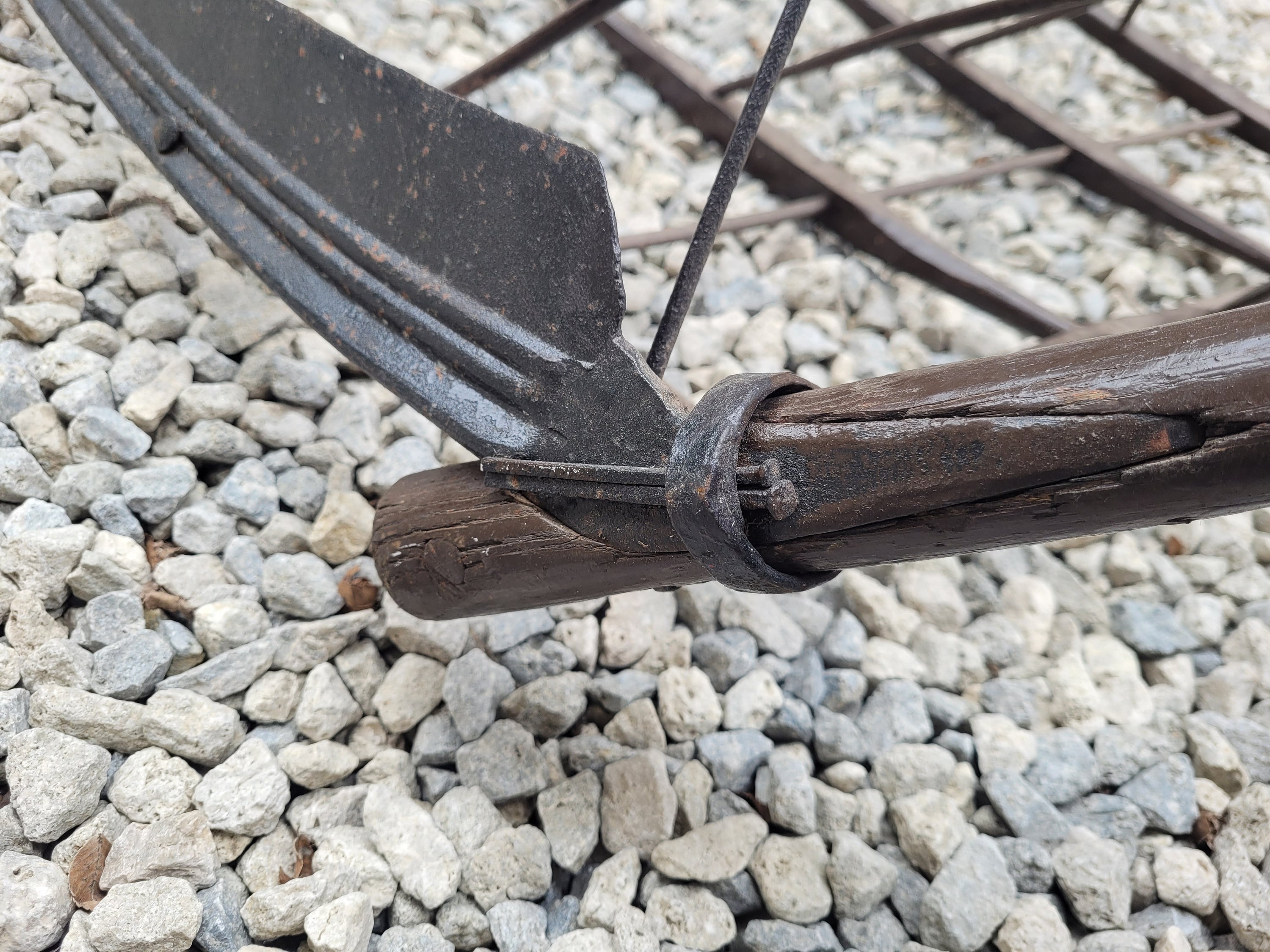 Here is a real piece of agricultural innovation, a fully intact late 1800's early 1900's cradle scythe. It is in used but good condition, especially for being over 100 years old. It does have a crack in the handle at the bend(pic 6), which appears to have been mended at some point in it's life. That said it is structurally good, maybe wouldn't last being used for too long but it's not fragile. The blade itself is 3 1/2' long and does have a bend partway down, don't think it came that way. It has no signs of corrosion and is a nice black finish. The cradle is in amazing shape, appears as if this was a display piece early in it's life. The handle and cradle have a dark stain which looks really nice, probably not original.

For over 100 years old it looks amazing and would be a cool piece for that certain someone, maybe you.

Due to it's size and age, it will be curbside pickup only, thanks.

Before the invention of the cradle scythe, or grain cradle, people harvested grain with a sickle or a scythe. Using a sickle, the reaper would grasp the stalks with one hand, cut them with the sickle in his other hand, and place the cut stalks into a windrow. If he used a scythe instead, he didn’t have to stoop over to mow the grain. But then the cut stalks fell to the ground every which way and he had to go back and gather them into an orderly windrow later.

First patented in 1823, the grain cradle is a scythe with a claw-like cradle attached. The three to six iron fingers of the cradle parallel the length and curve of the scythe blade. A snead attaches the cradle fingers to the blade end of the scythe handle. The cradle catches the grain each time the mower swings the scythe. The mower then tilts the cradle and drops the cut stalks, already oriented in the same direction, into the windrow. An experienced cradler could harvest two acres of wheat per day.