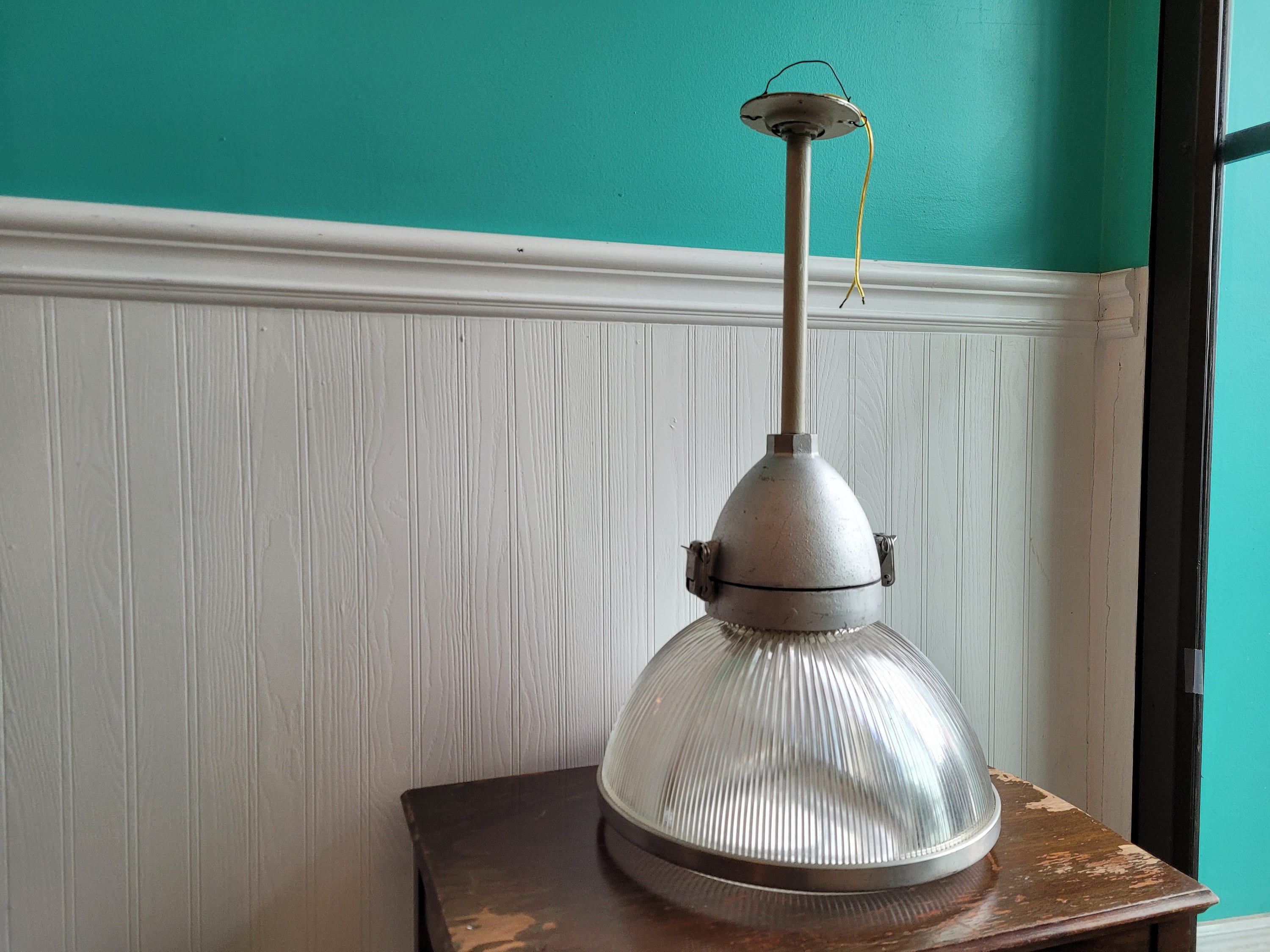 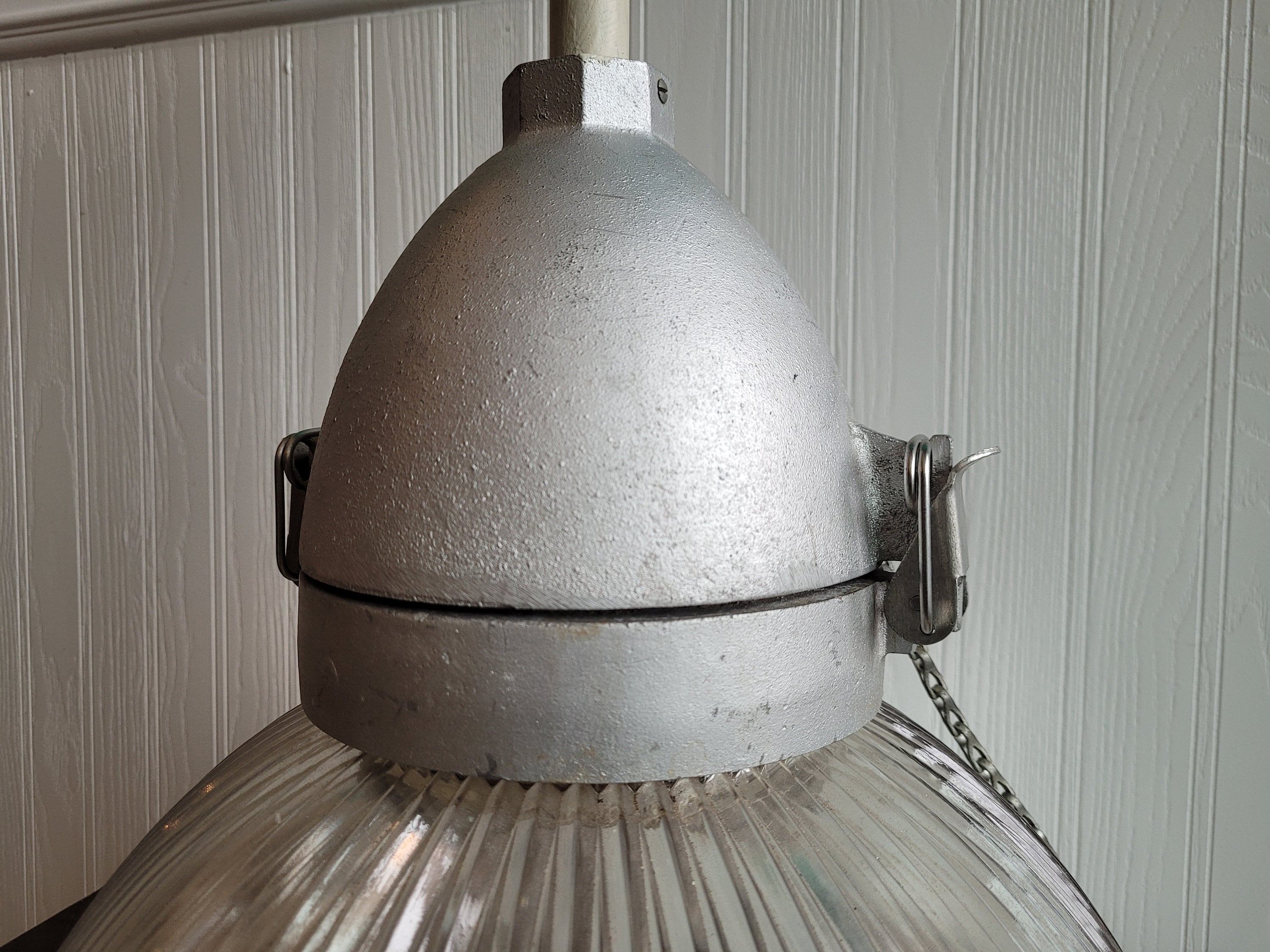 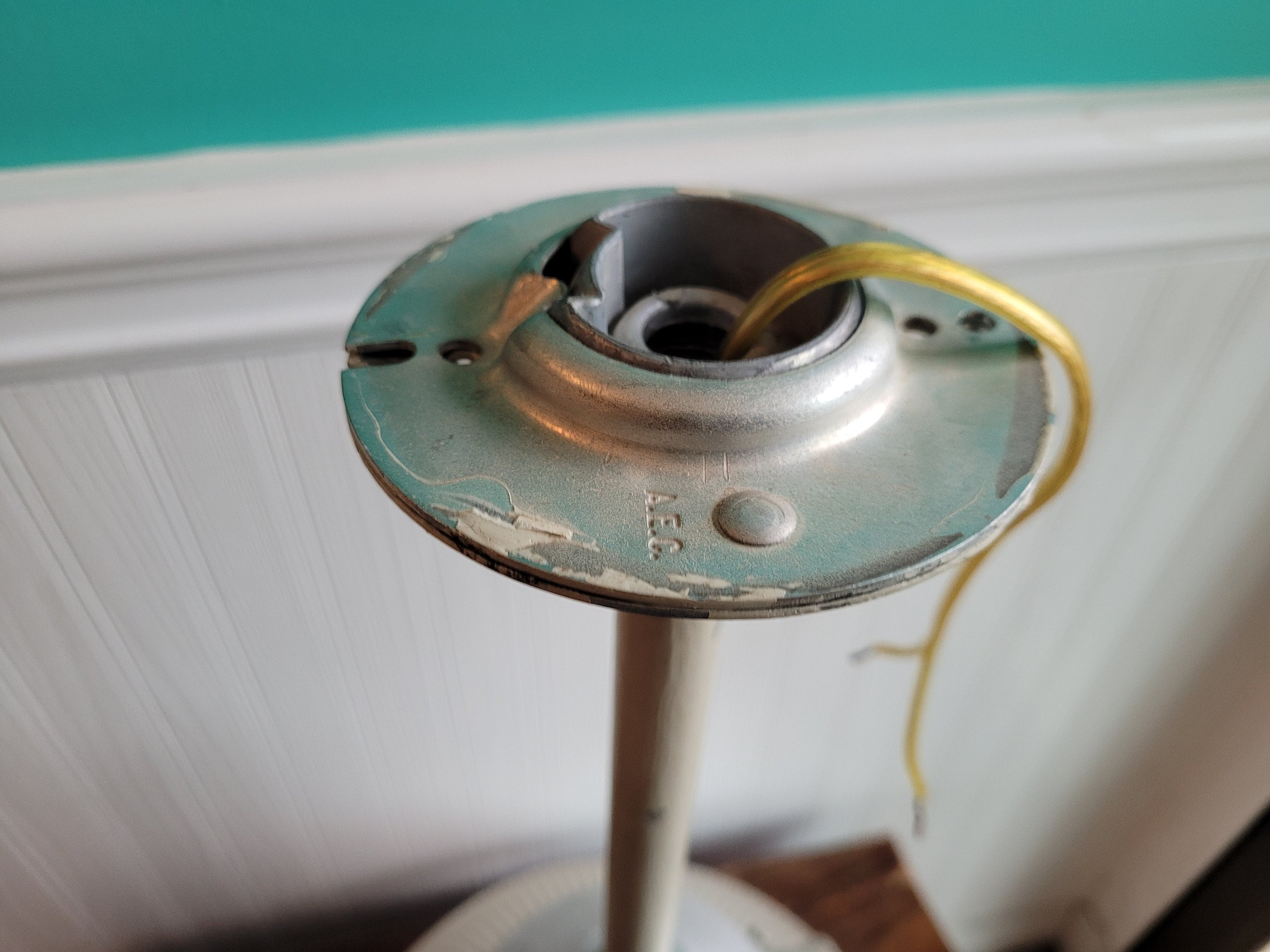 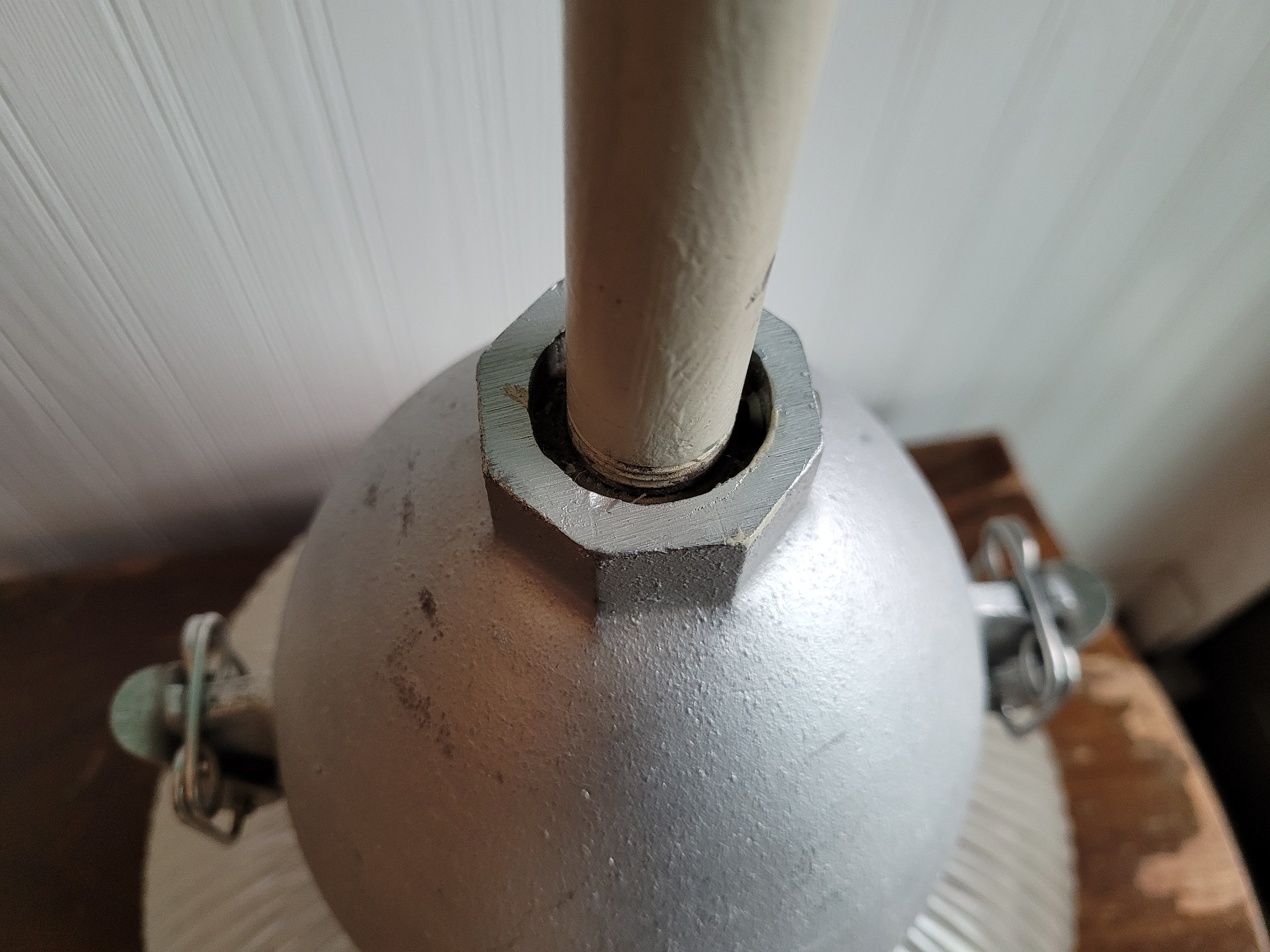 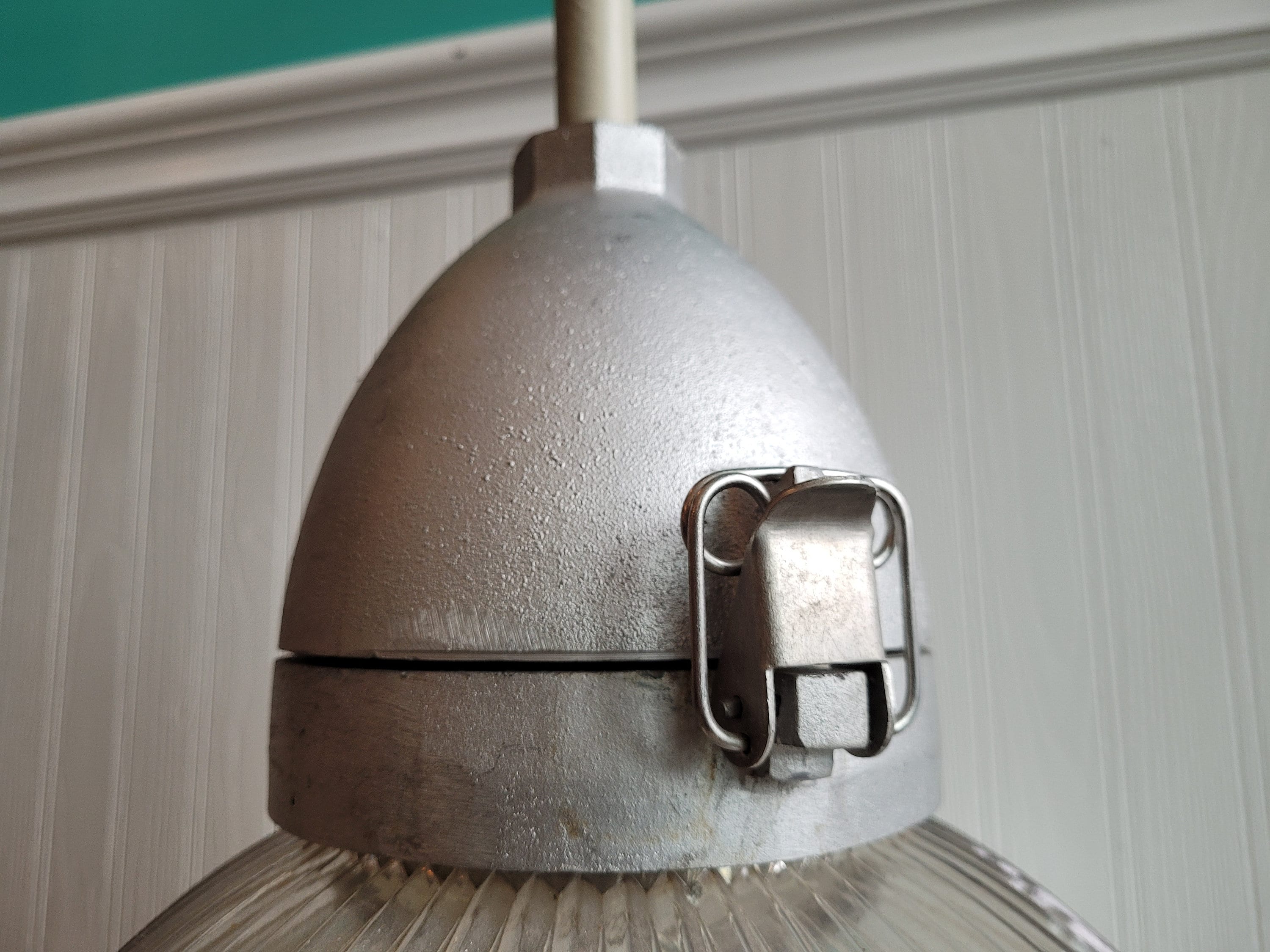 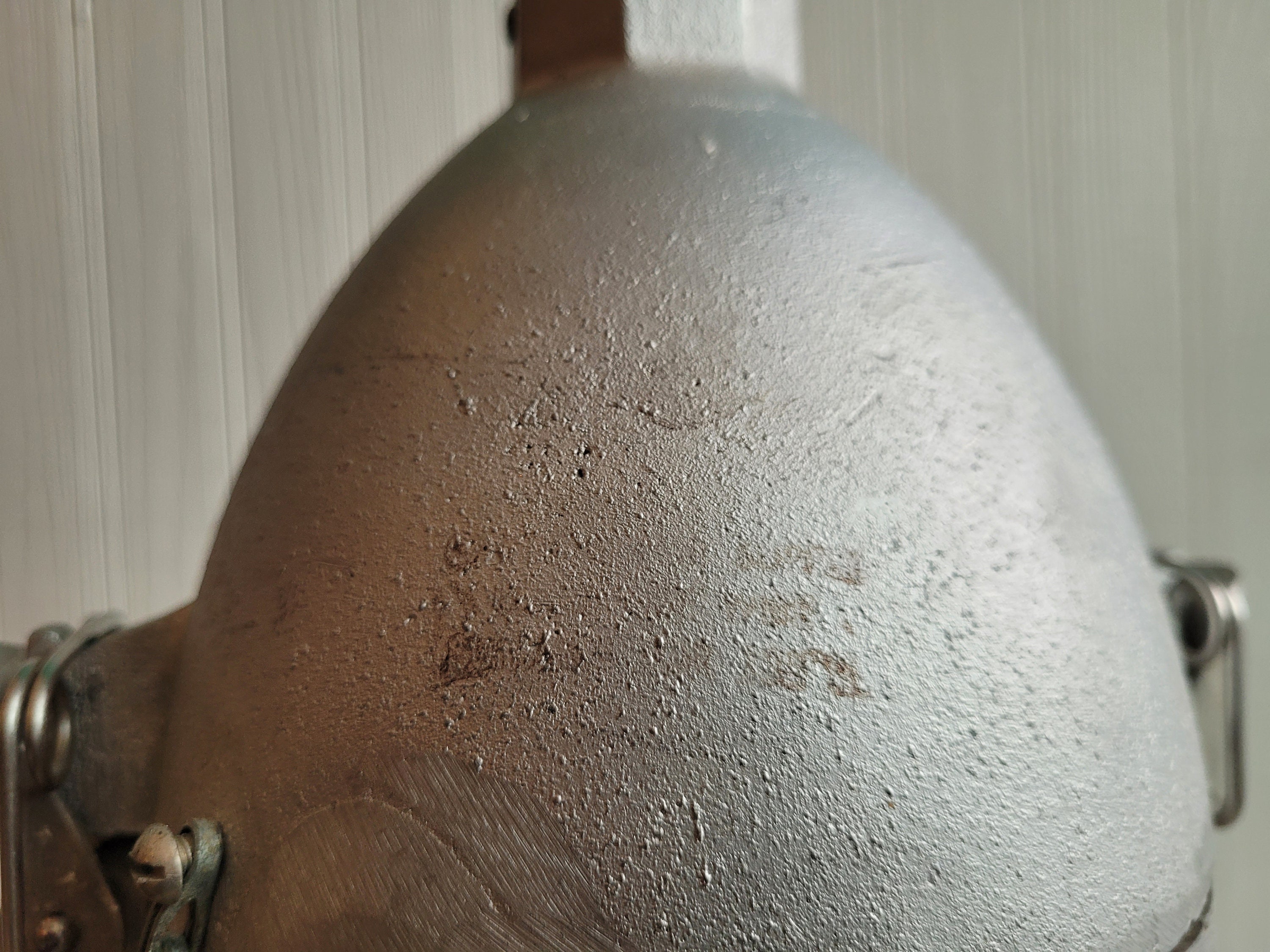 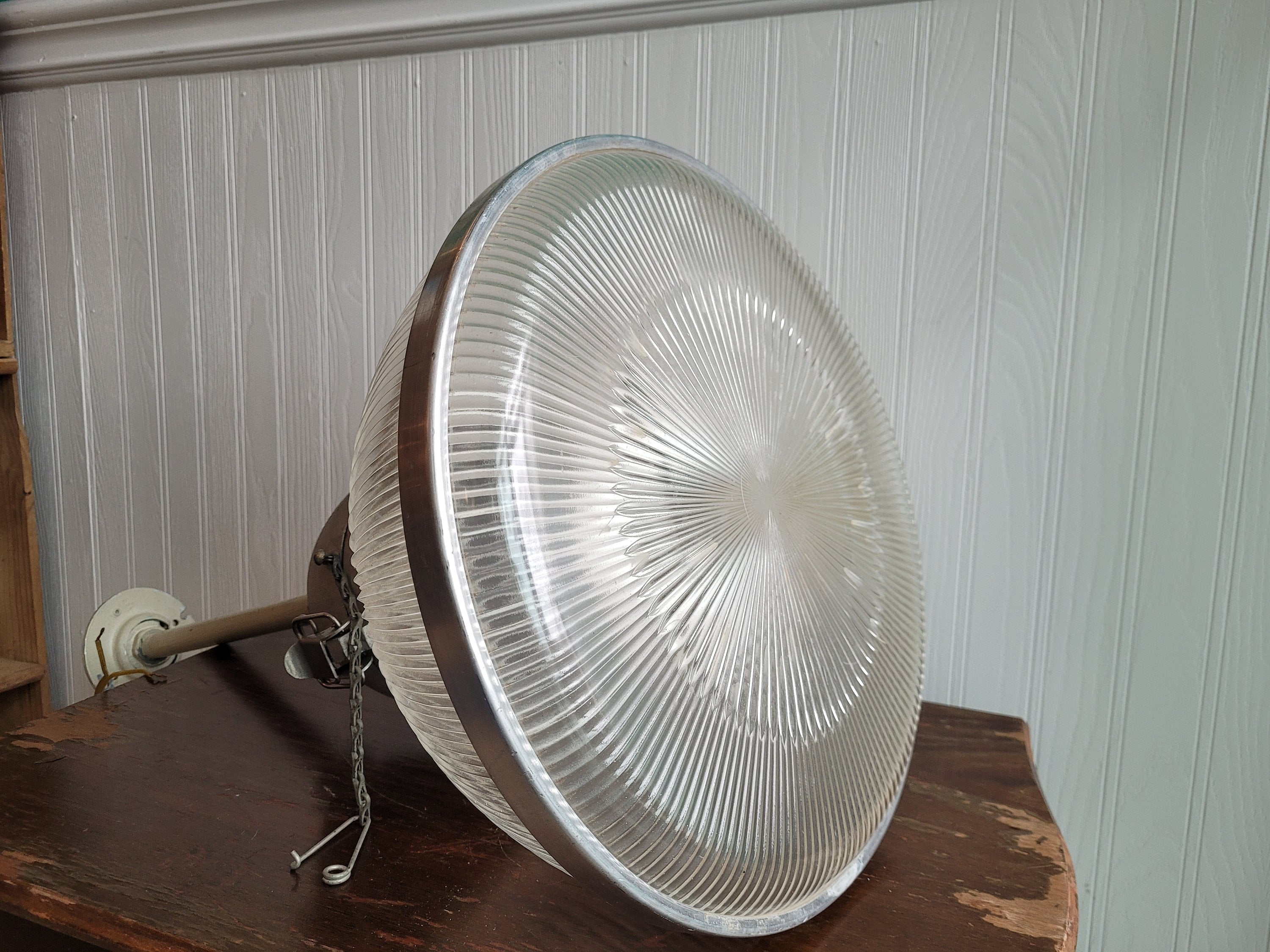 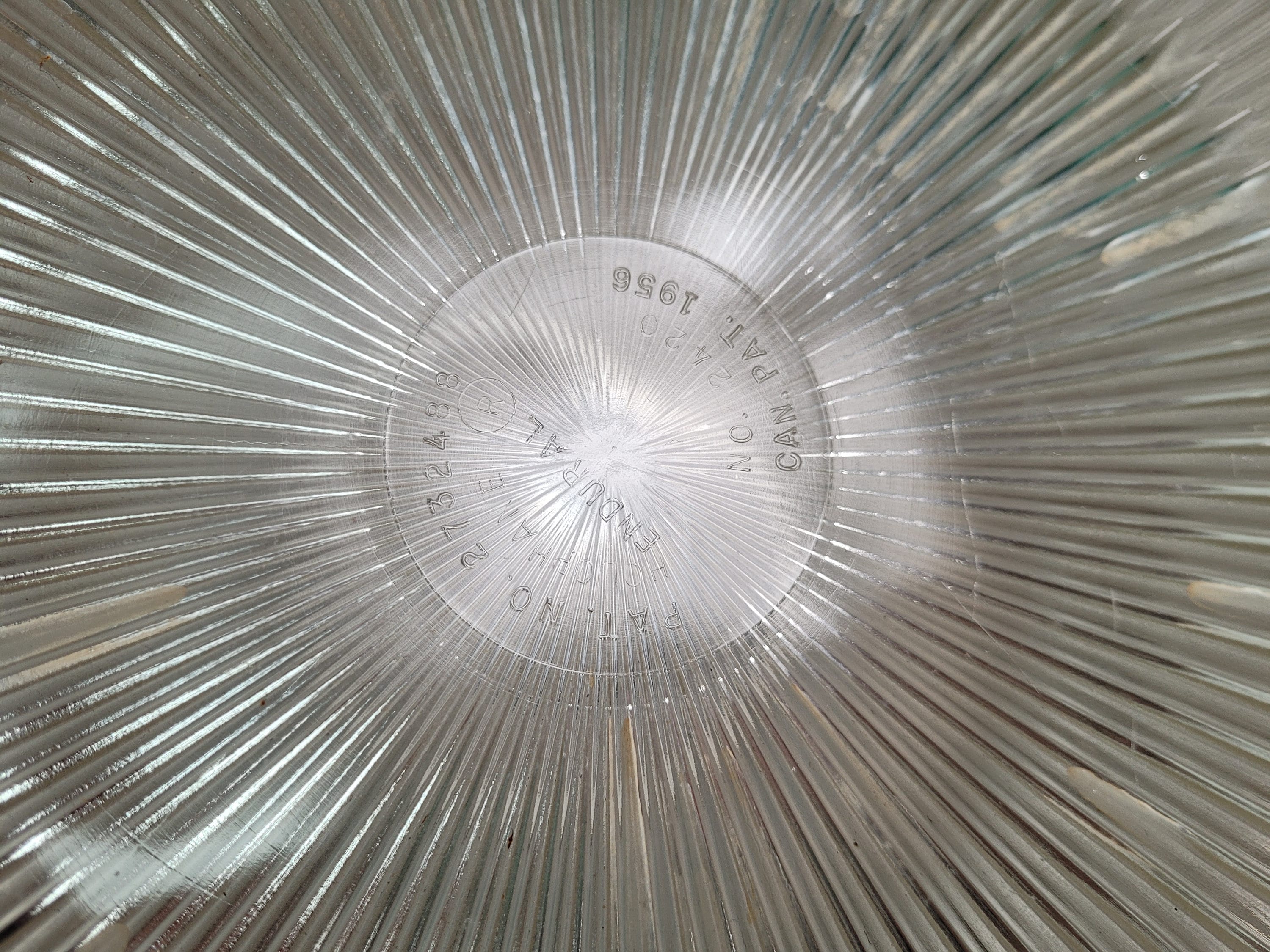 The term "Holophane" is used generically to describe clear molded glass or crystal shades and globes with parallel or crosscut prisms. Vintage Holophanes are outstanding examples of mid-twentieth century industrial art. The crisp clean lines create a beautiful glow when illuminated. Holophane glass was invented in the 1890s and was made in many shapes, sizes and patterns to provide specific types of illumination.

These qualities made Holophane lights the standard for industrial lighting through the early 20th century and now make them incredibly popular among vintage lighting enthusiasts. Their design amplifies the amount of light distributed by one light bulb and their unsurpassed style makes them a unique choice for the home.

This lamp comes with its original wiring and works. Glass shade has some minor chips as pictured but these are hardly visible, especially once lit. Marked Enduralite 1956

Further reading on the design of Holophane lights below

The name Holophane was coined by French scientist Andre Bondel and Turkish born engineer, Spiridion Psaroudaki in the 1890s for their newly invented glass. They described the glass in the 1896 US patent #563,836 as having a "luminous appearance over its entire surface... entirely shining," and "having great beauty as well as illuminating power." According to the Holophane Company's website, the term was "derived from the Greek word 'Halos' meaning whole or entire and 'Phanein' meaning to appear or to seem. Thus the word 'Holophane' was defined as to appear completely luminous."

This highly engineered glass was initially made in France in the 1890s. The glass was designed with parallel prisms or ribs on the interior and exterior in order to refract and reflect light, thereby preventing the absorption of light. The engineering provided optimal illumination with little glare. The greater amount of lead used in older glass provided sparkle and life. The glass was originally made for both gas and electric illumination. During the dim gas/electric era in which Holophanes were invented, they were truly state-of-the-art performance lighting.