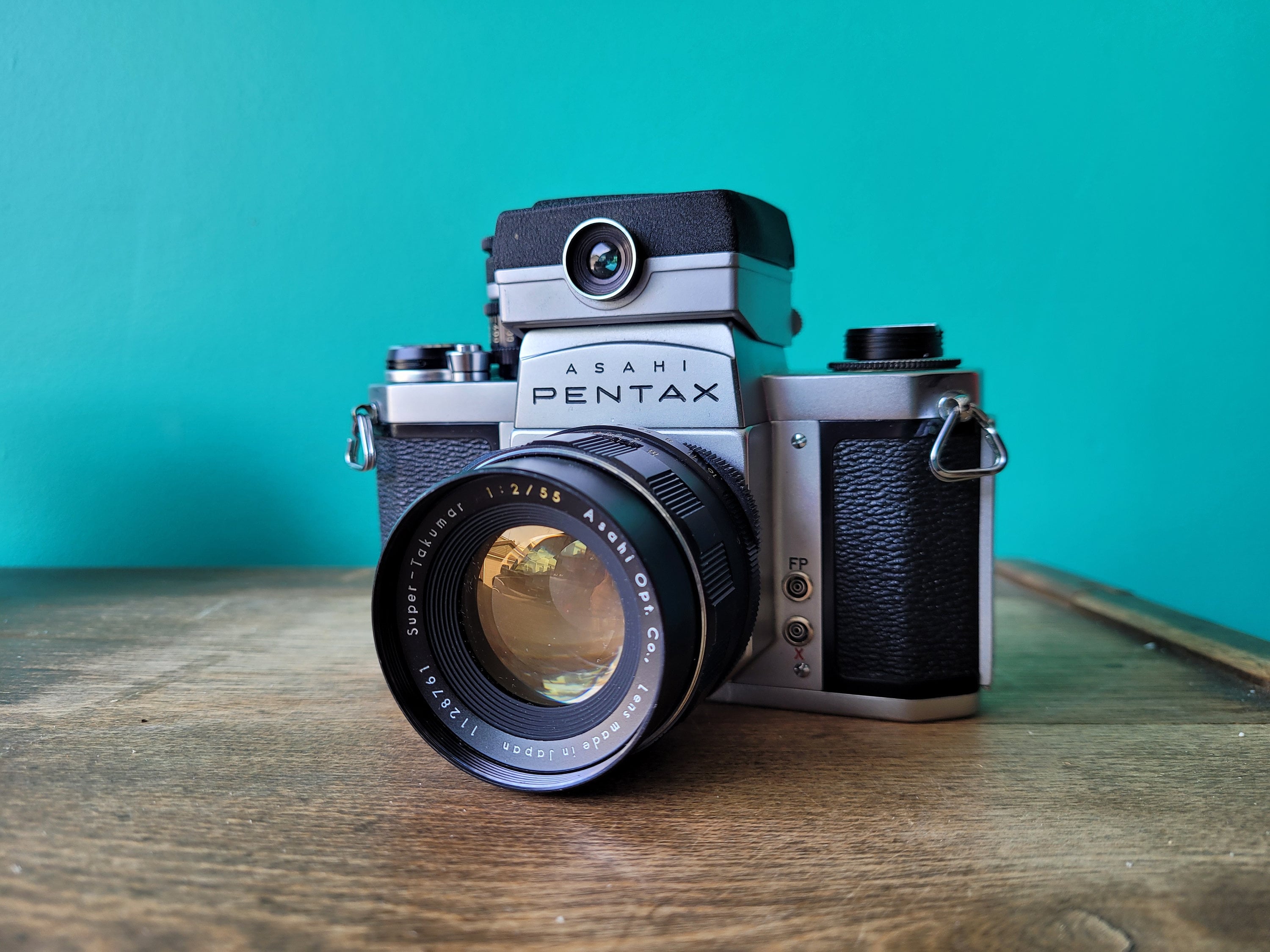 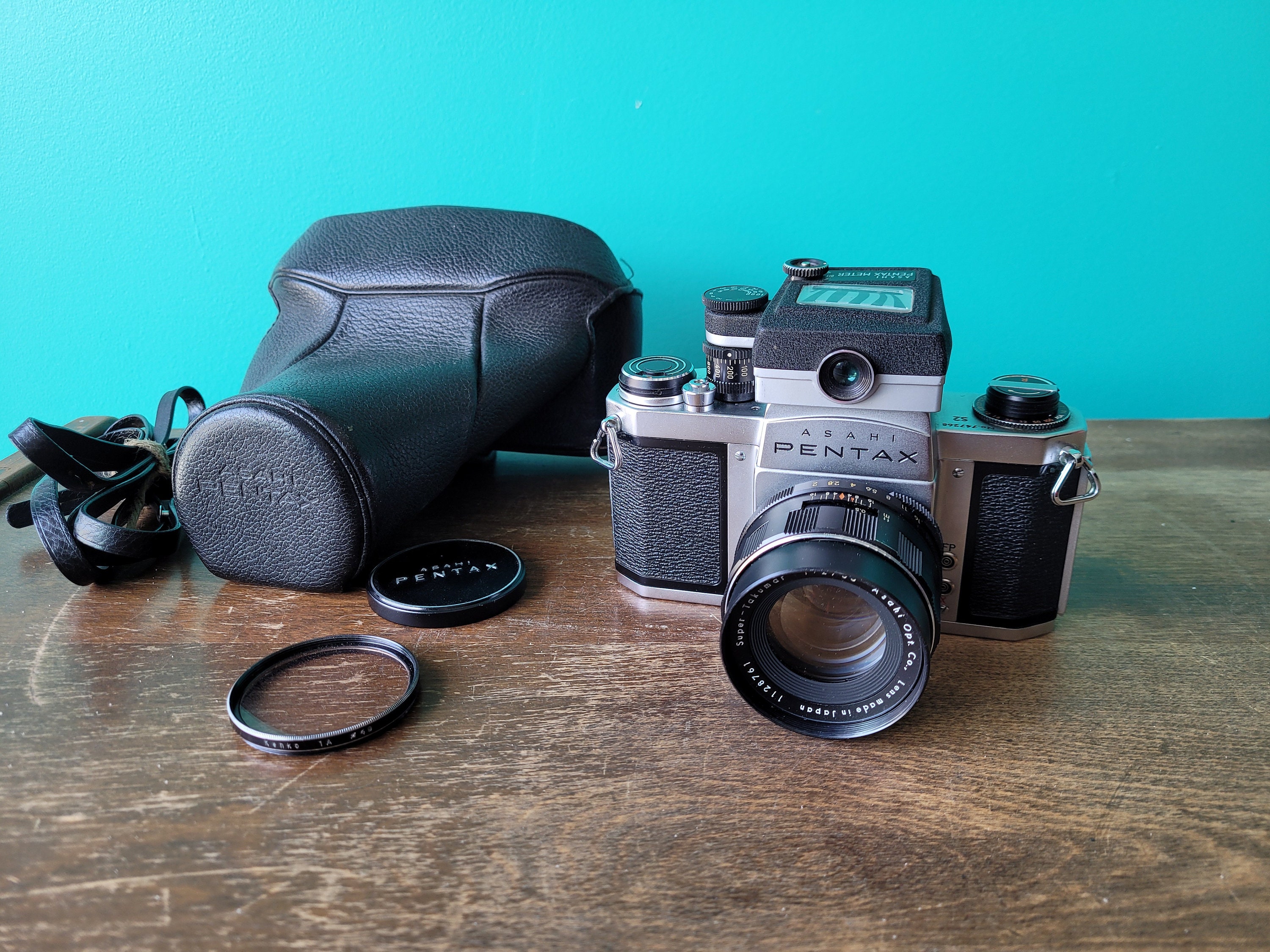 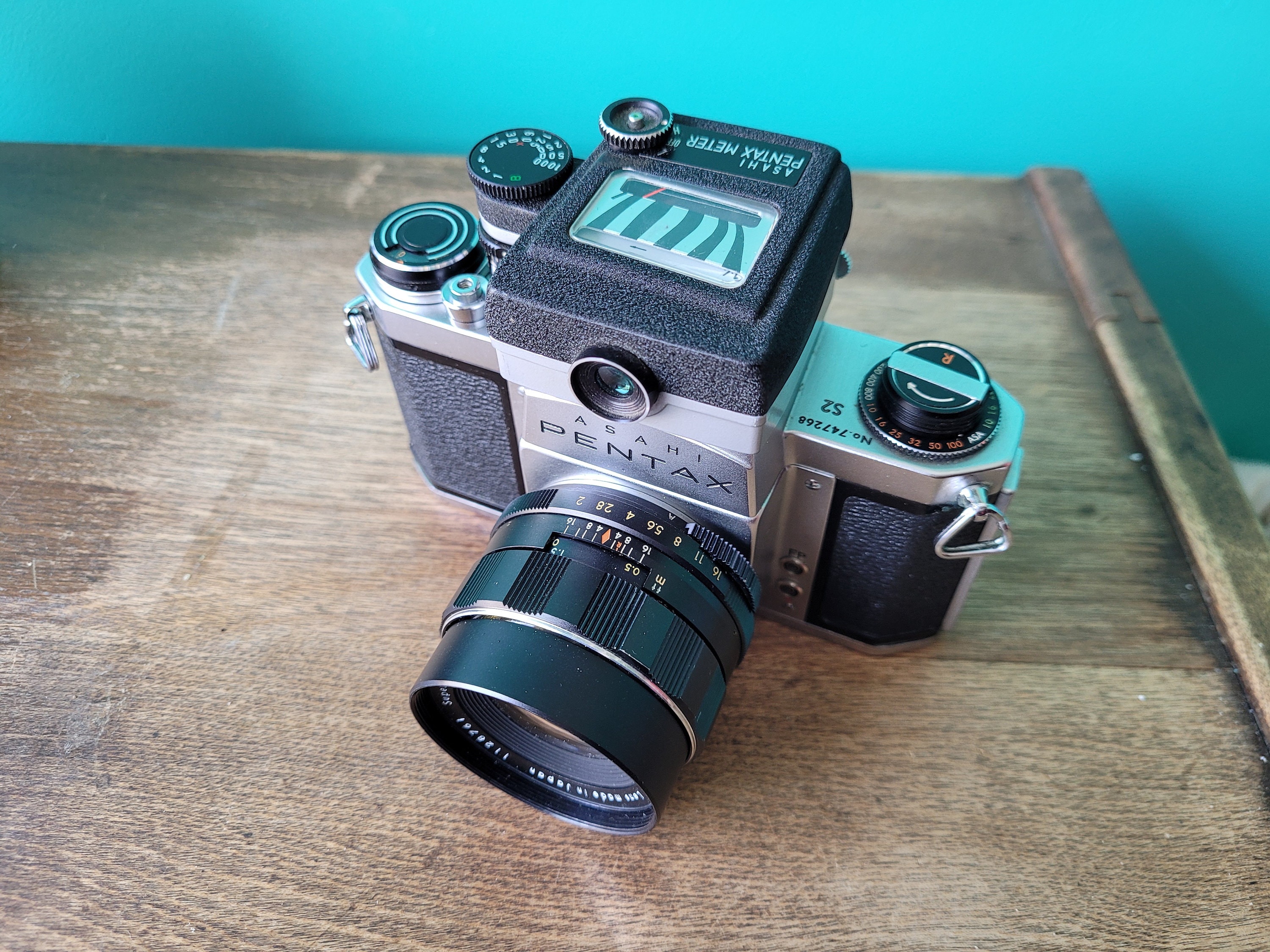 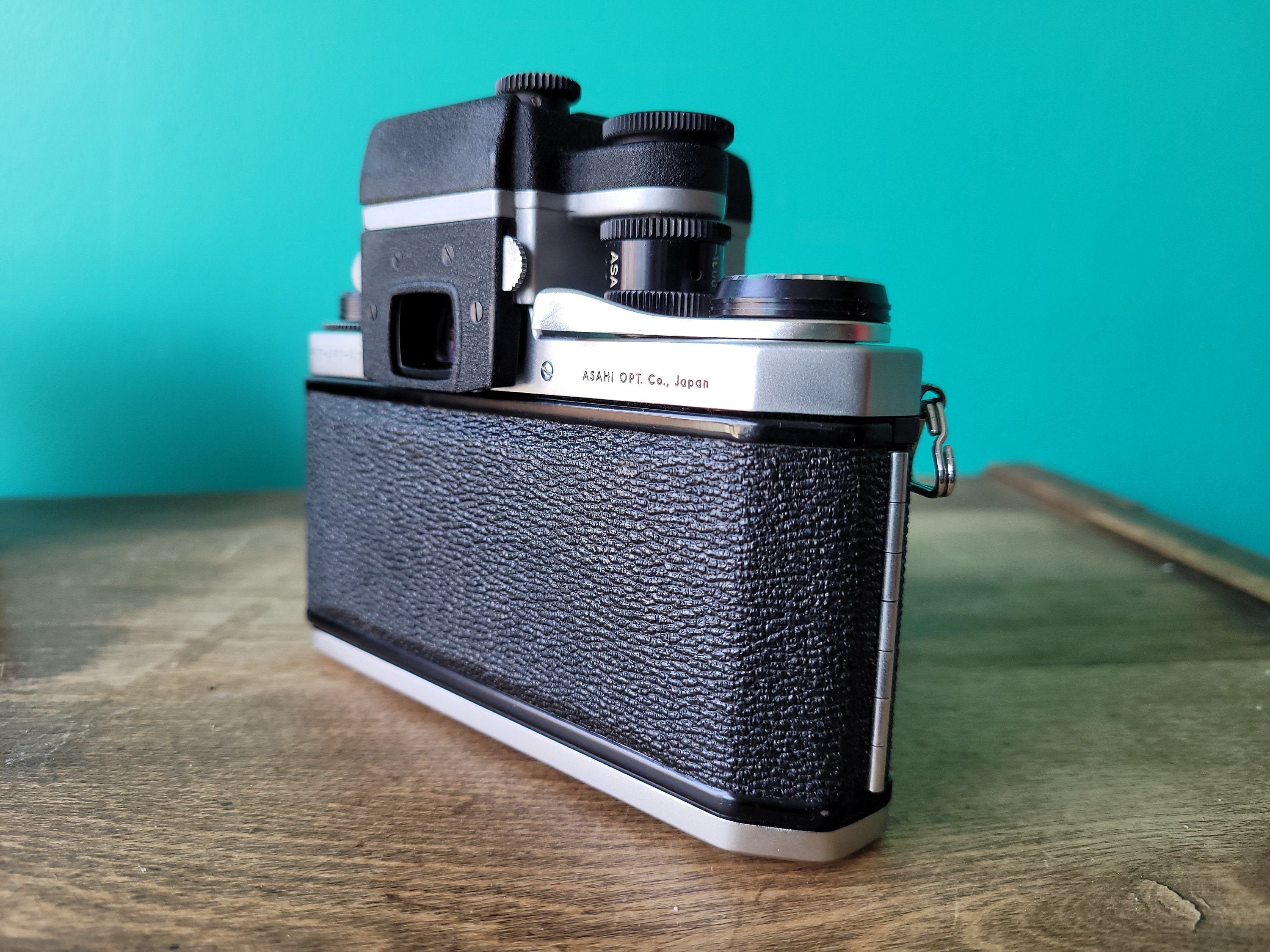 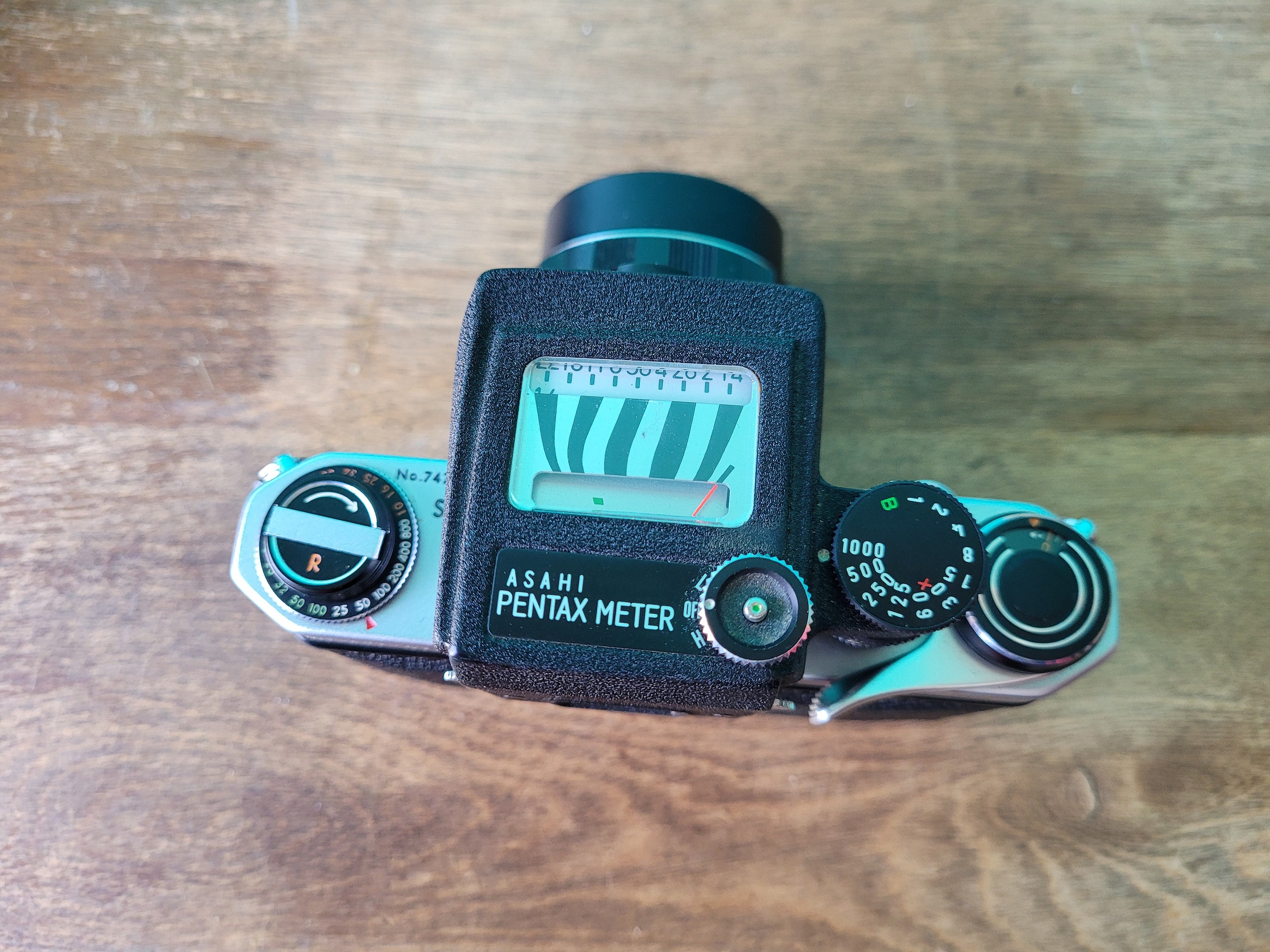 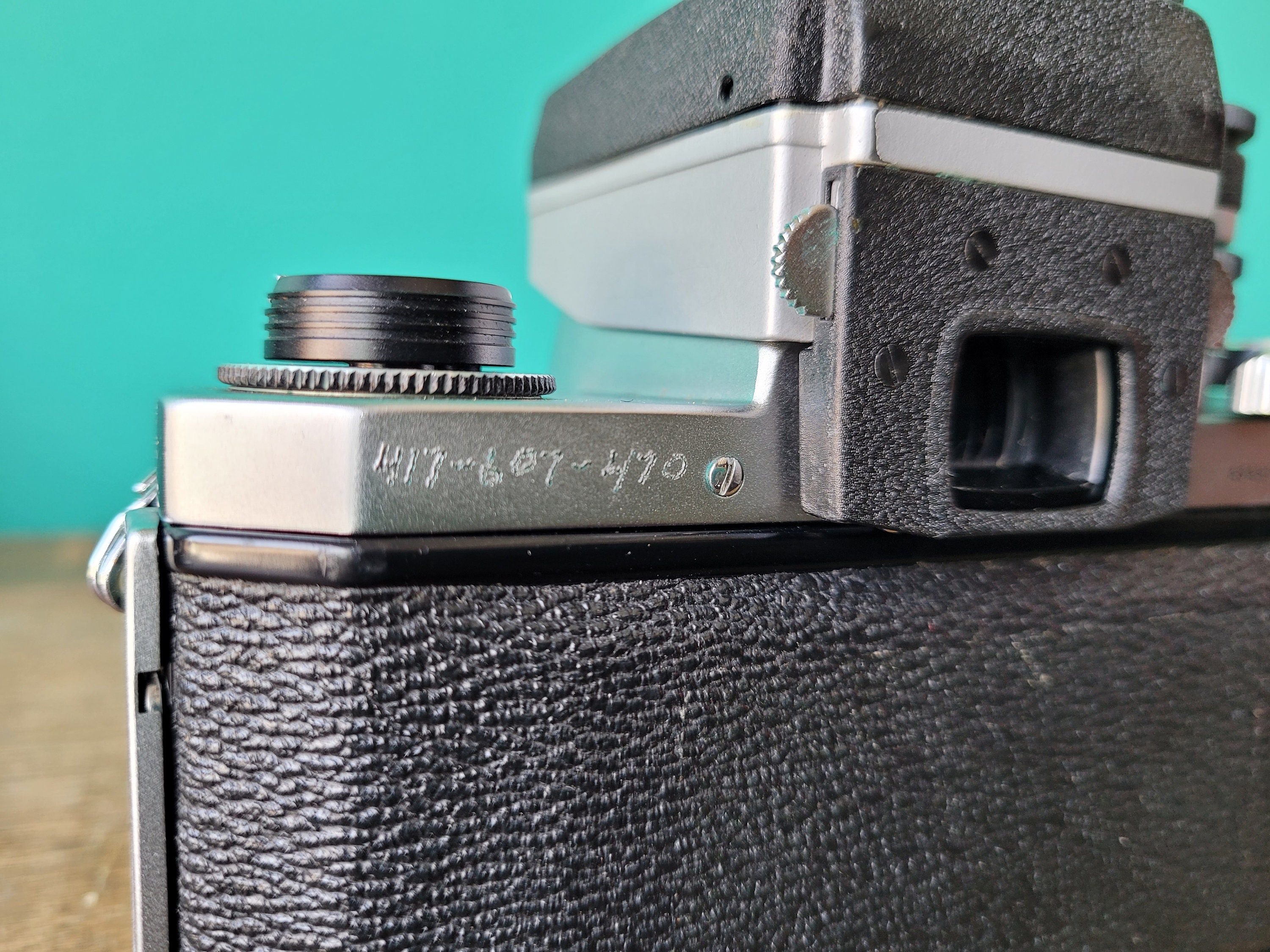 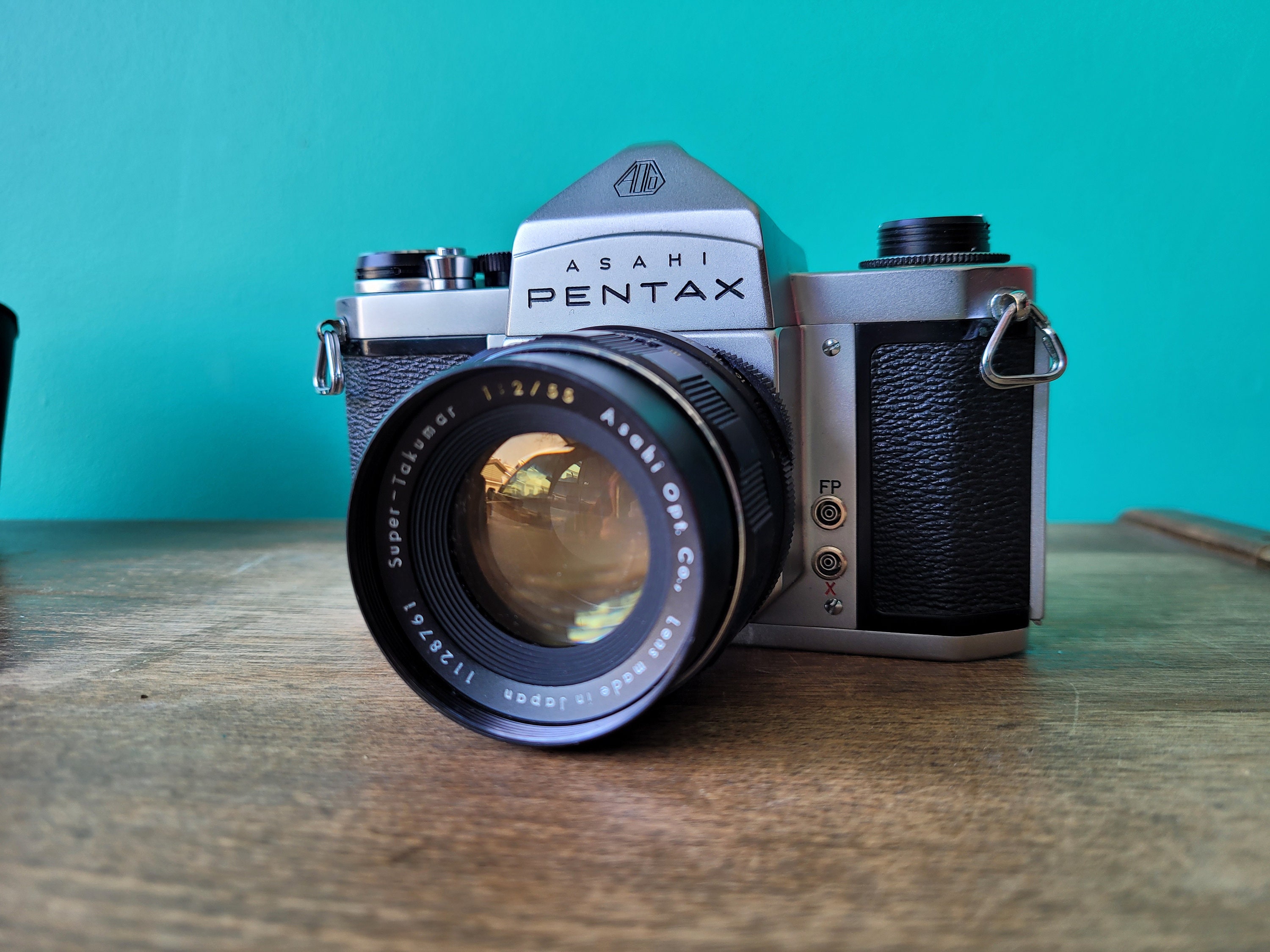 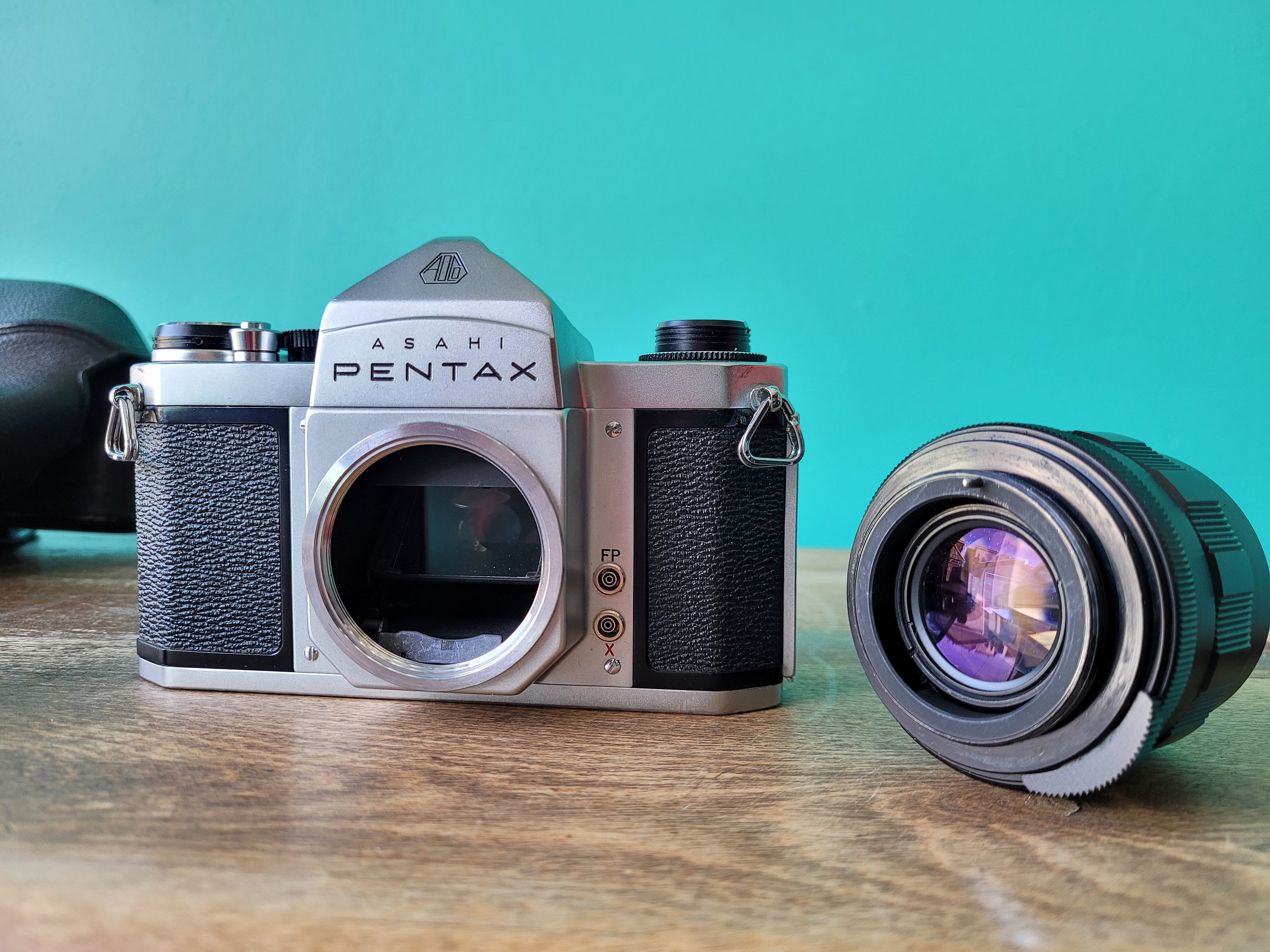 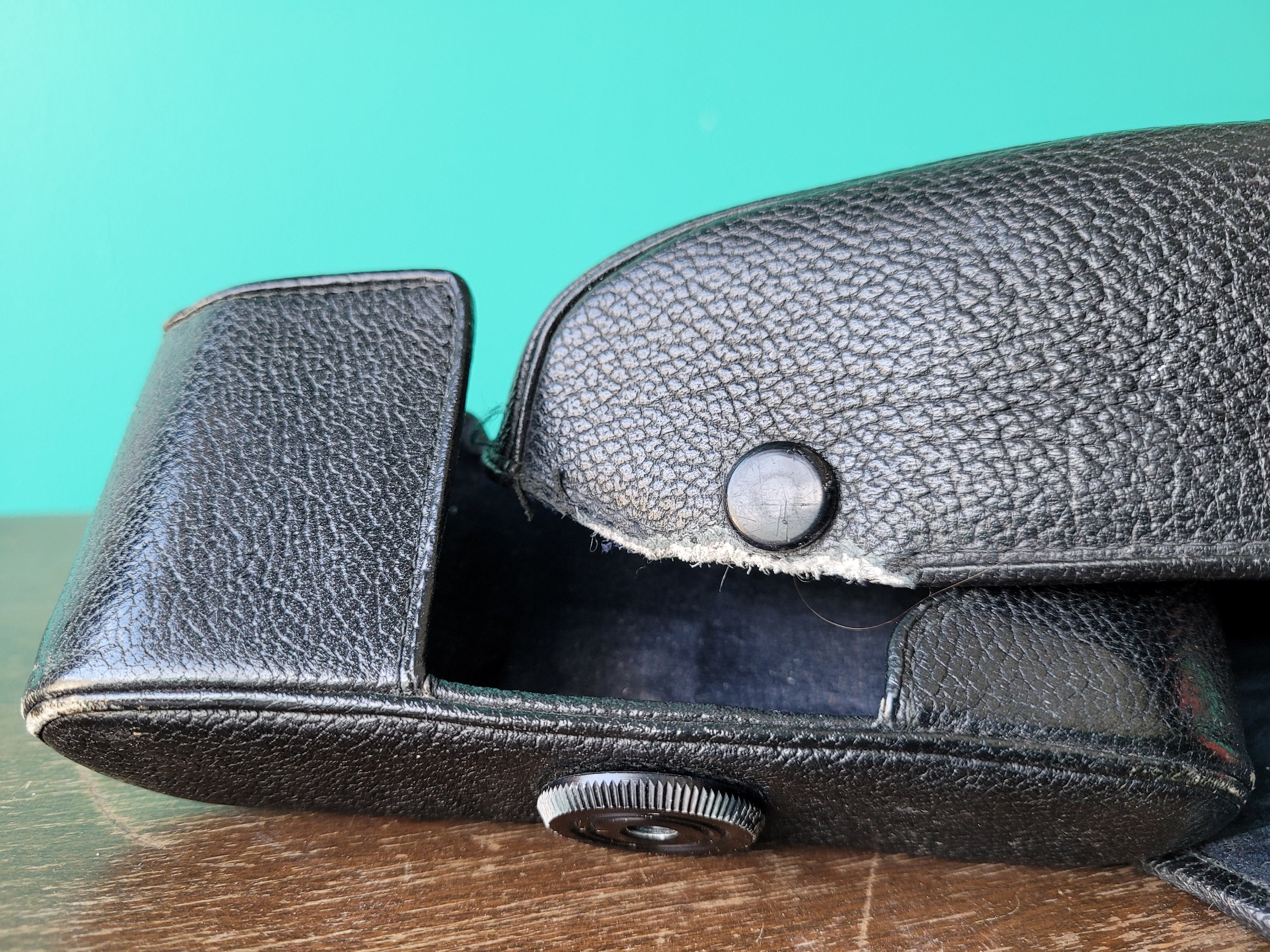 In perfect working order with the shutter speed professionally tested for accuracy, the light seals replaced, and the exposure meter attachment tested, this is a beauty of a camera with a bit of unique provenance to it. Has a number engraved on to the back, and a small dent which would be covered by the exposure meter attachment. Attachment has a very slightly uneven surface which can be seen on the left side in photo number 5, it looks like it may be slightly dented in from being dropped, but appears to function fully despite it.