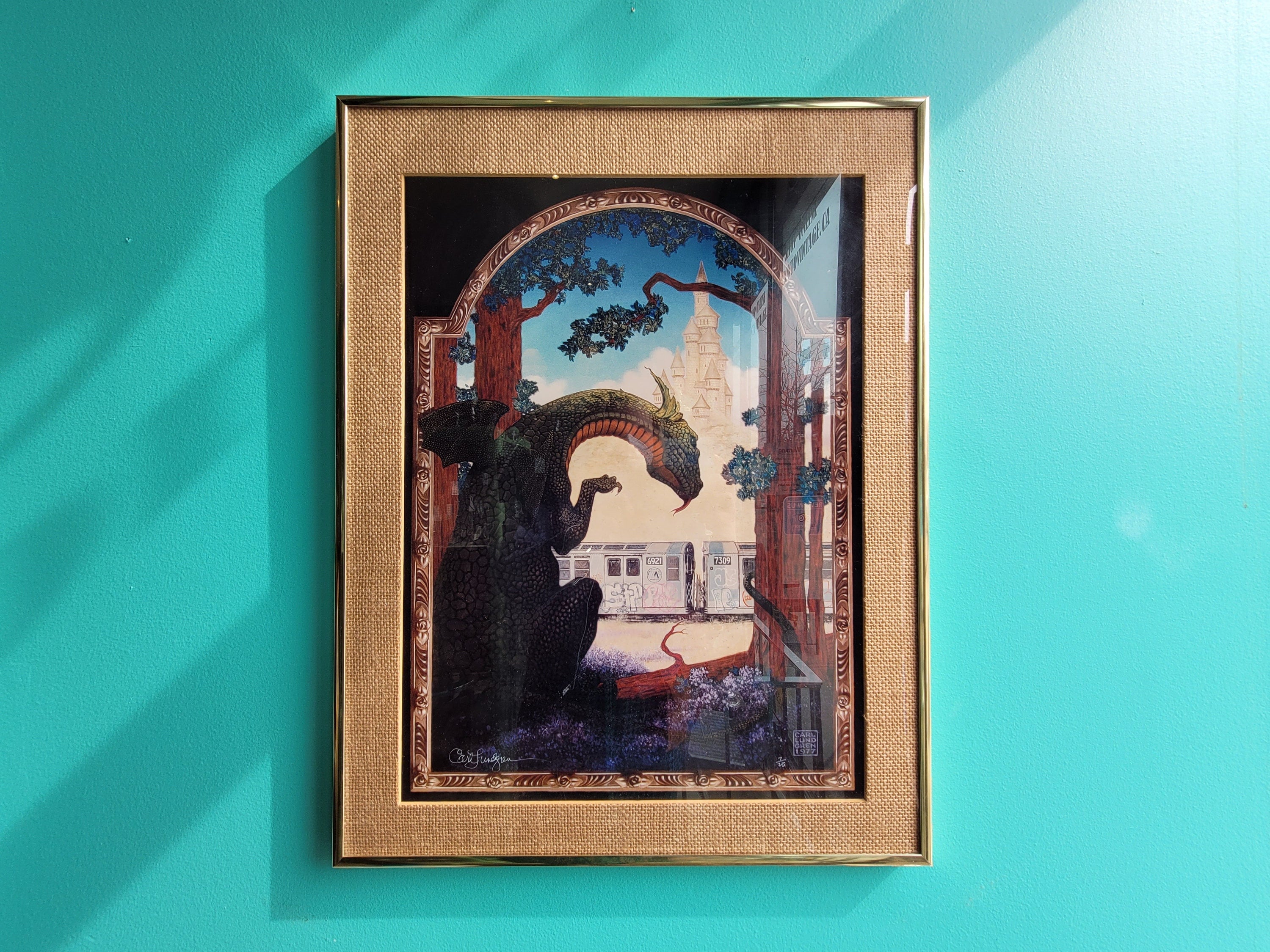 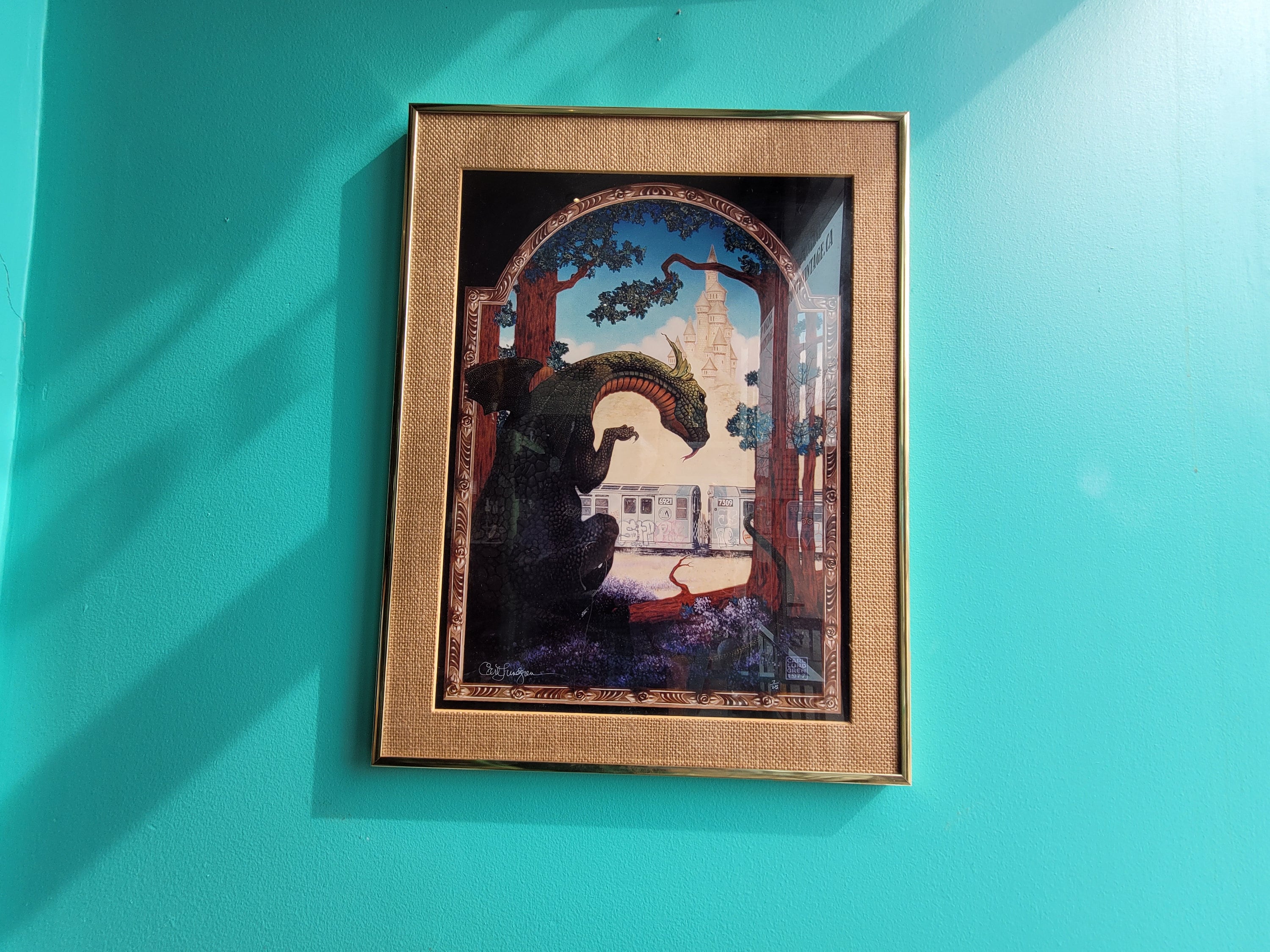 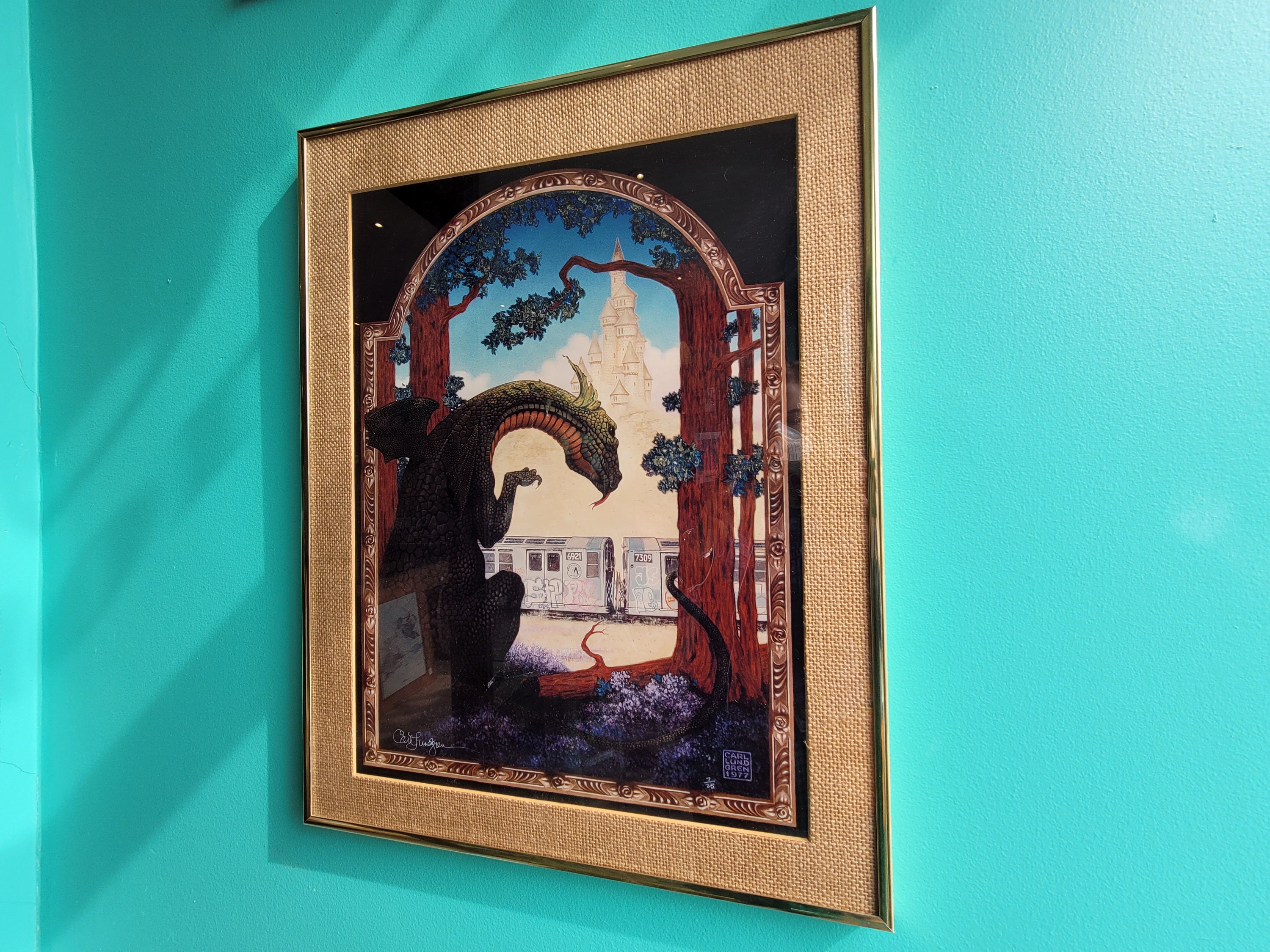 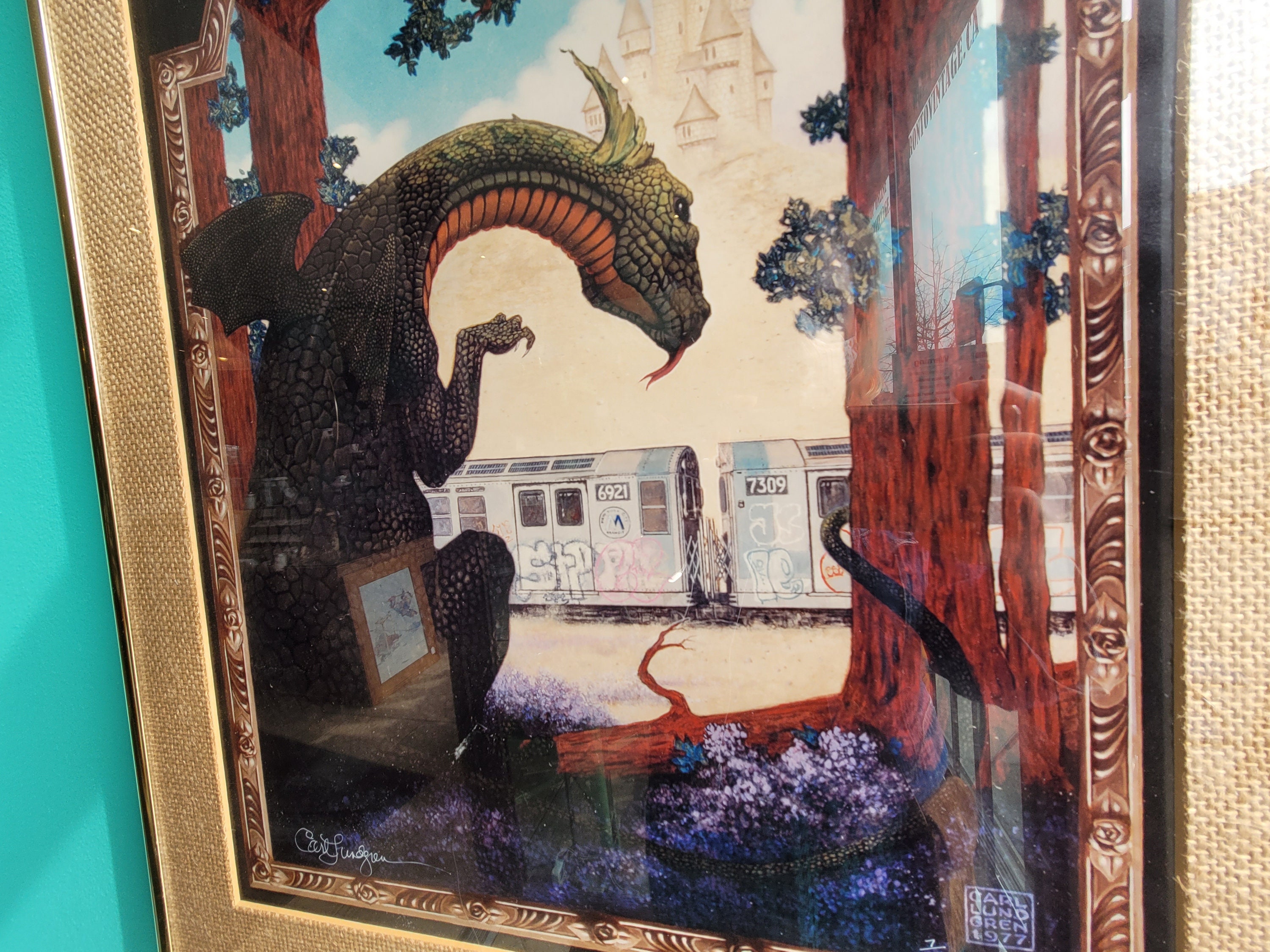 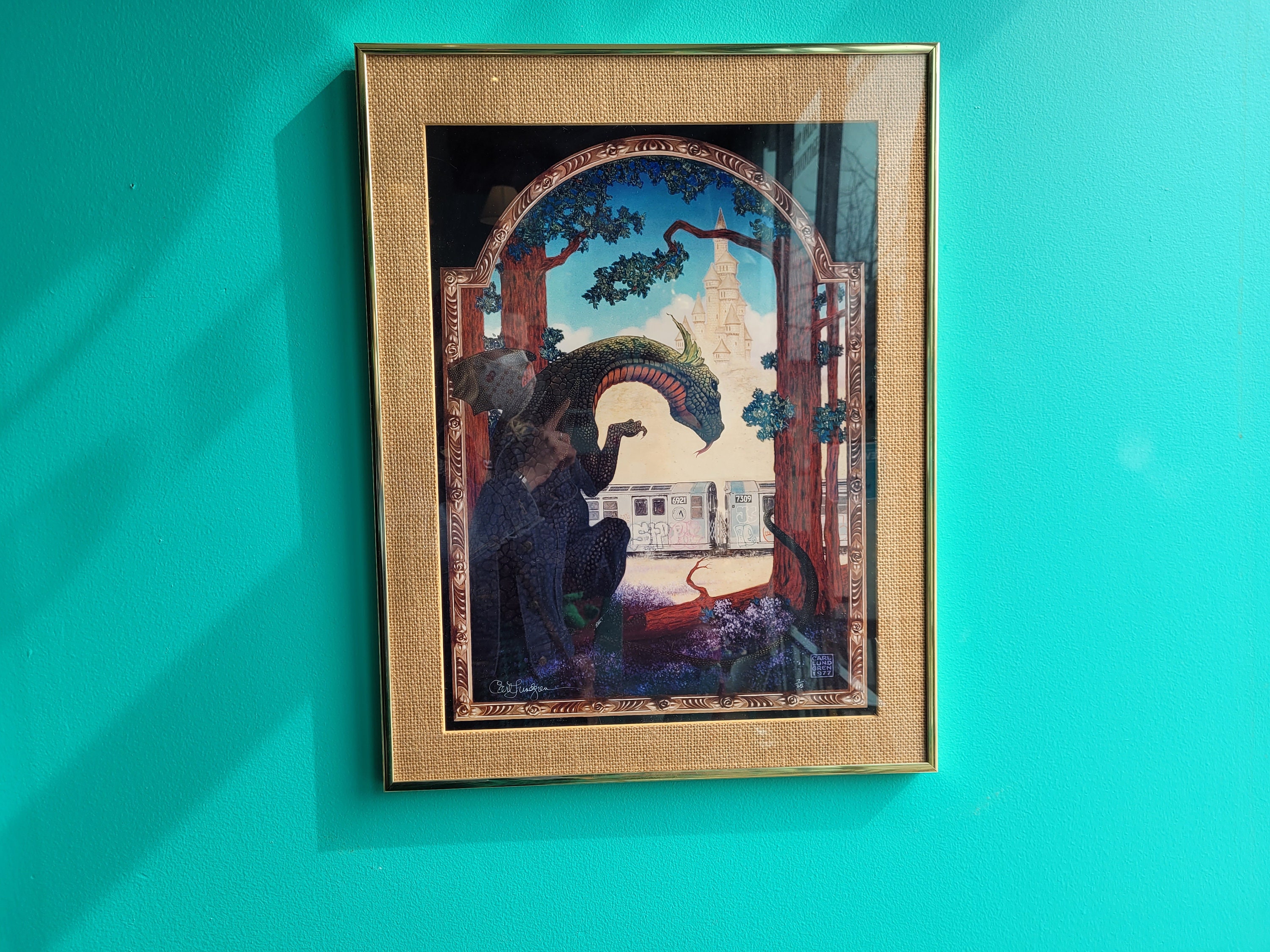 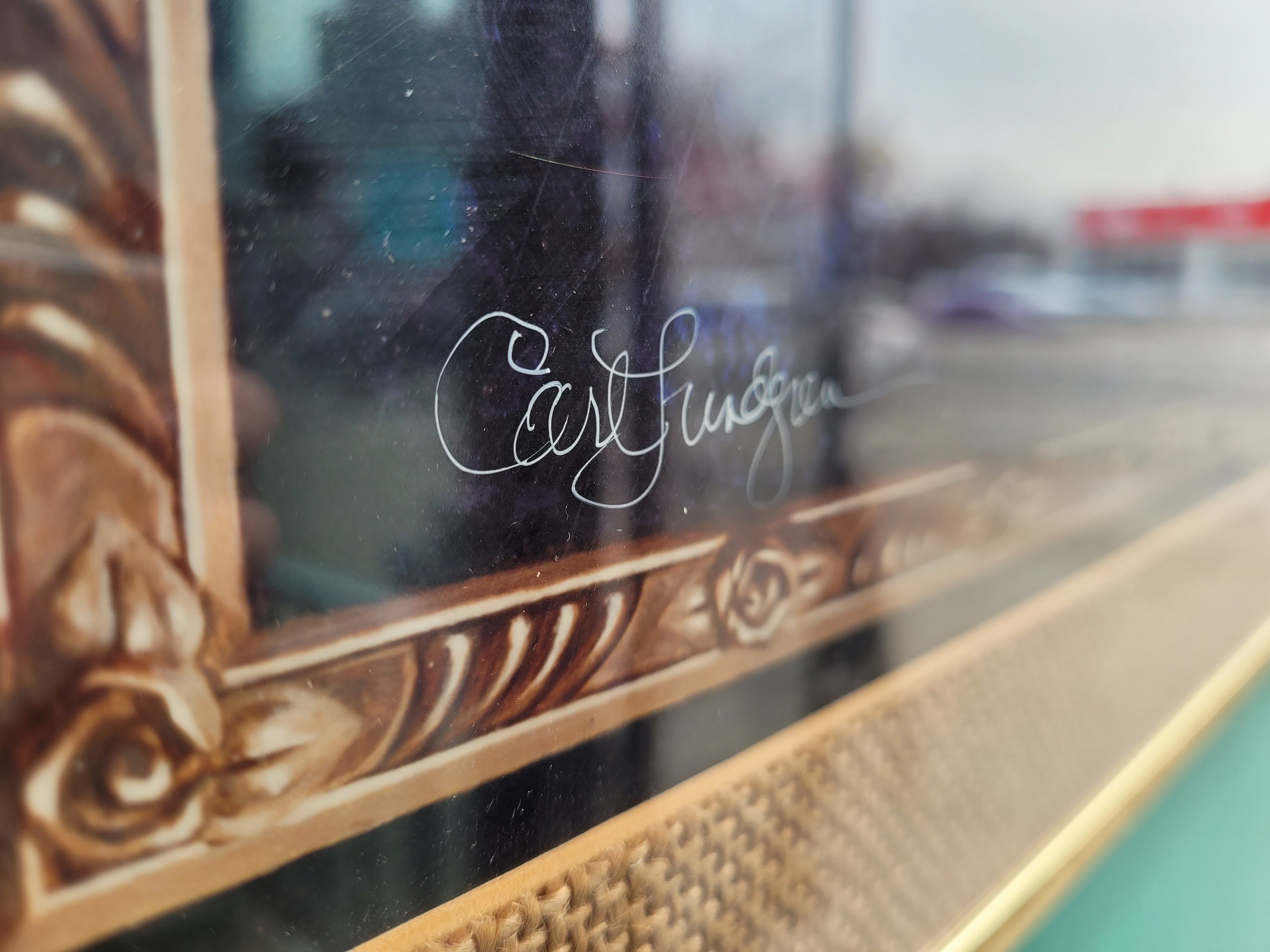 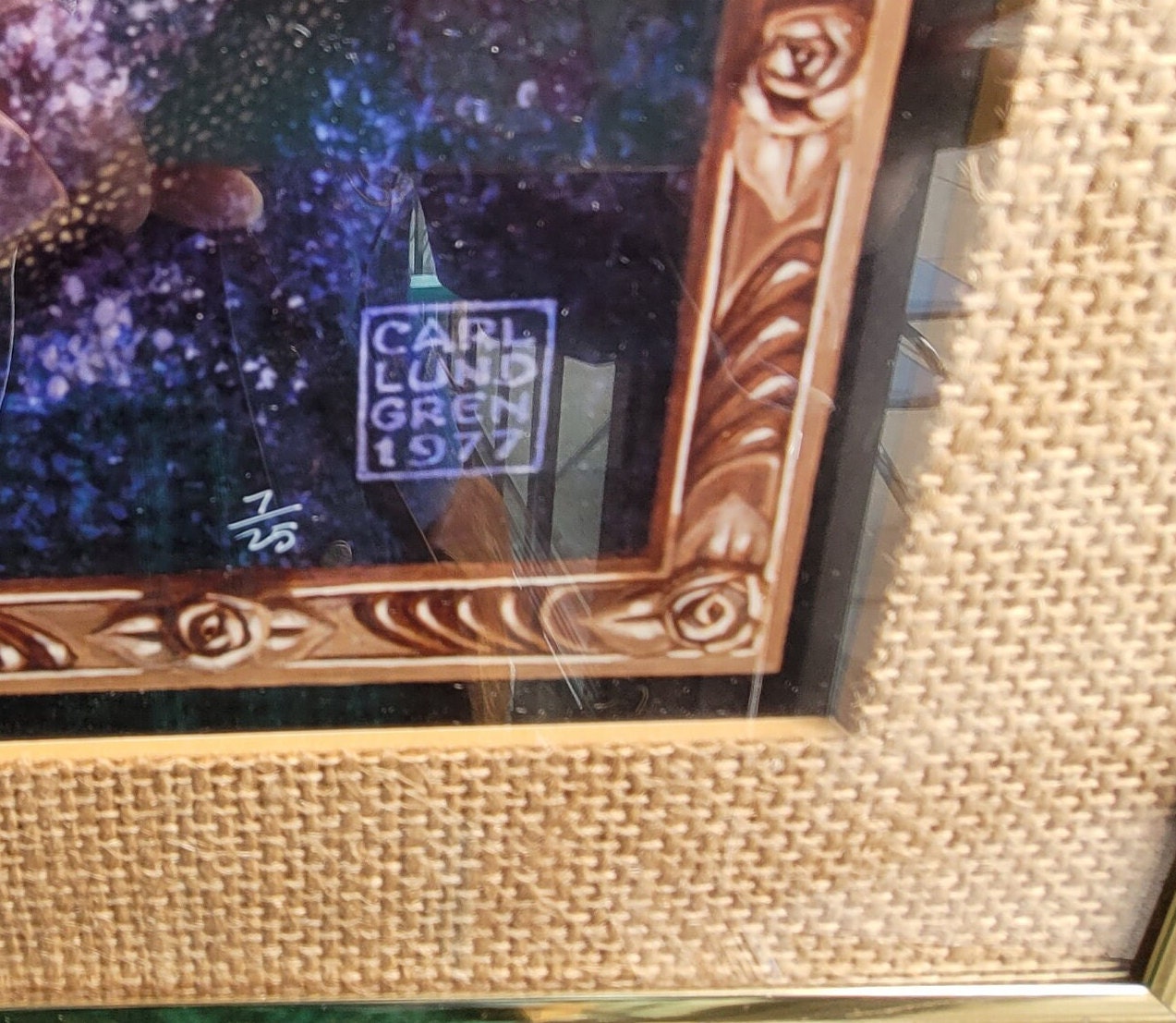 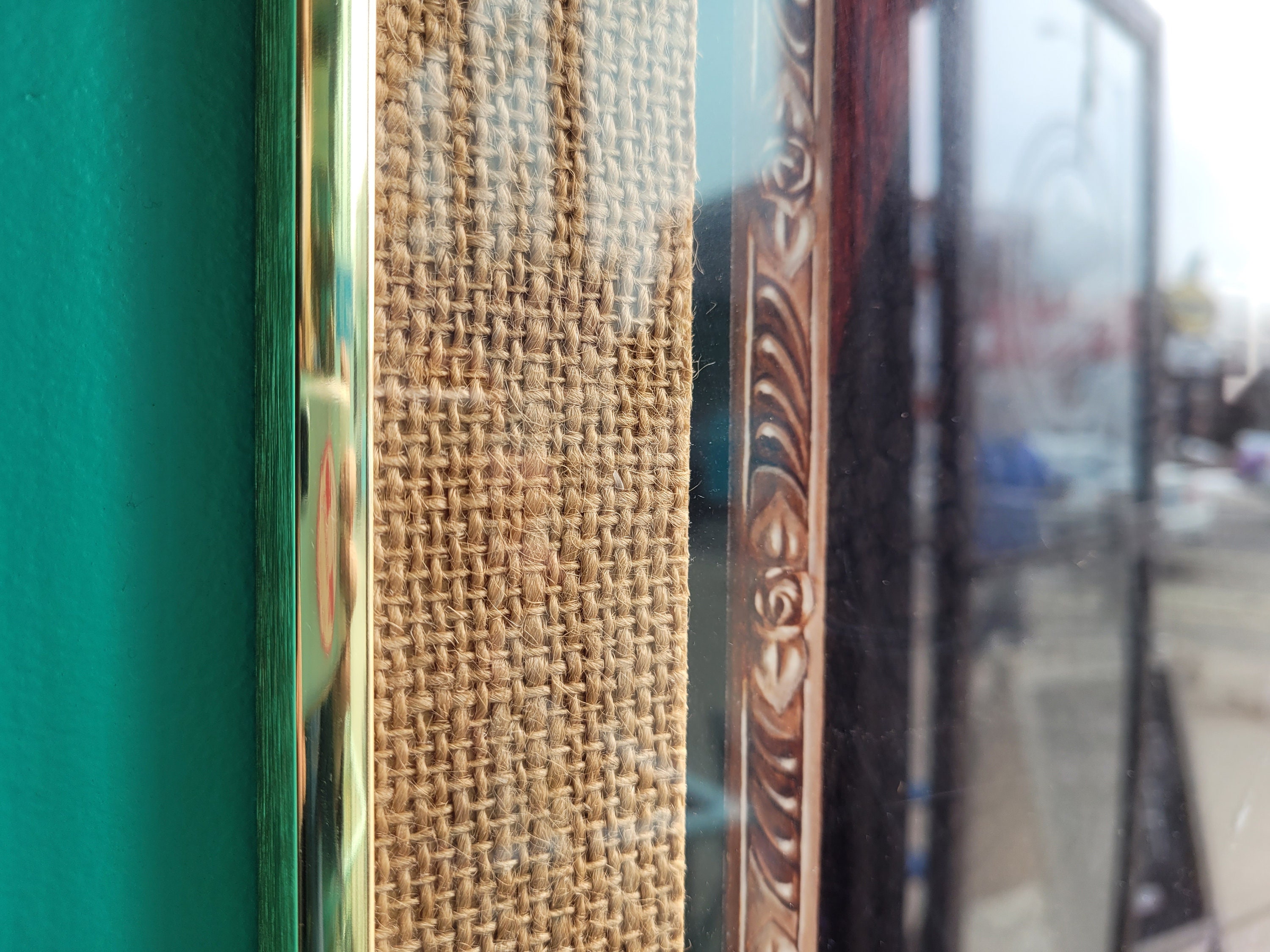 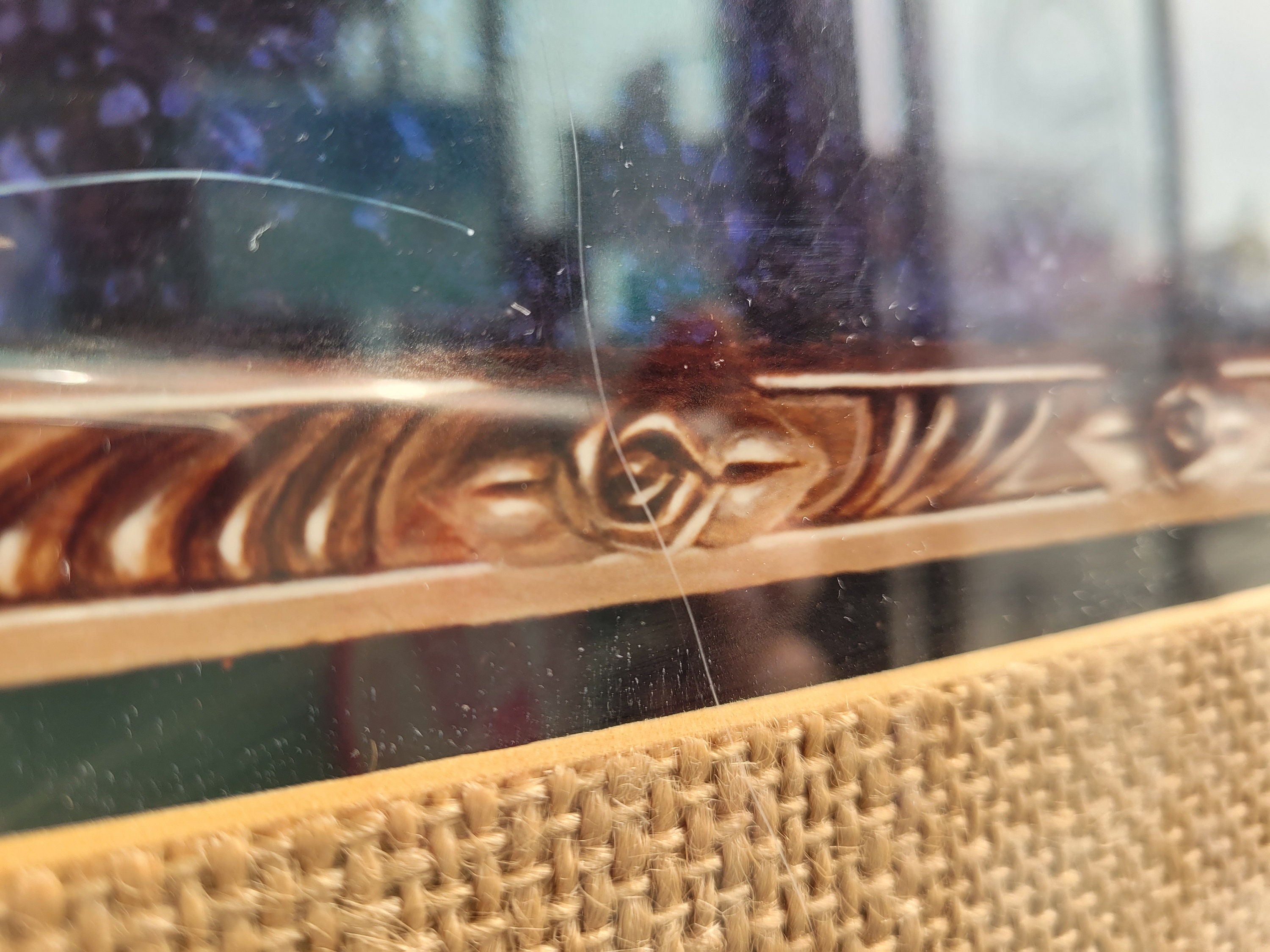 Here is a very cool piece of sci-fi art, signed and numbered by the artist Carl Lundgren.
It is in used condition.
It is framed, matted and under glass.
The frame is in great condition, no noticeable blemishes, nice and shiny.
The glass is also in very good condition, having one scratch(pic 10) but it's not very noticeable.
The matte is like new and is a 3d weave pattern(pic 9).
The print is flawless, vibrant colours and dark darks. It is signed and numbered by the artist(pic 7 & 8) Carl Lundgren 7/25
It is 24"x 18 1/2" x 1"
The artwork was the cover of the first 'The Years Finest Fantasy' by Terry Carr. This first volume appeared in 1978 and included his picks for the best of 1977. It's a very good anthology, with fine stories from authors both famous and relatively unknown at the time.

In 1974 Lundgren moved to New York City and turned to science fiction and fantasy illustration for a living, painting nearly 300 book covers. During this time, Lundgren became a co-founder of the Association of Science Fiction and Fantasy Artists (ASFA) and was nominated for a Hugo Award for his illustration work.