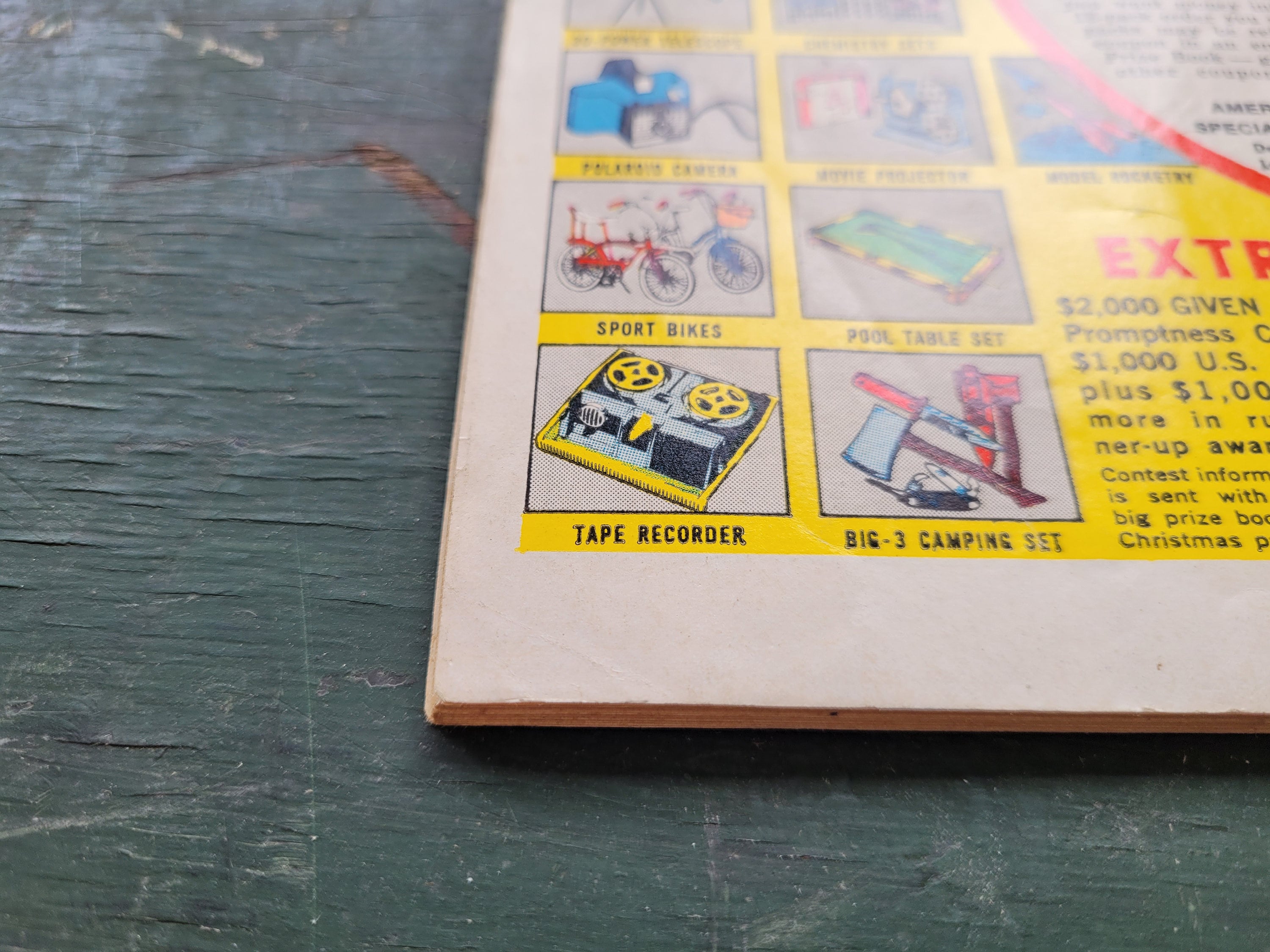 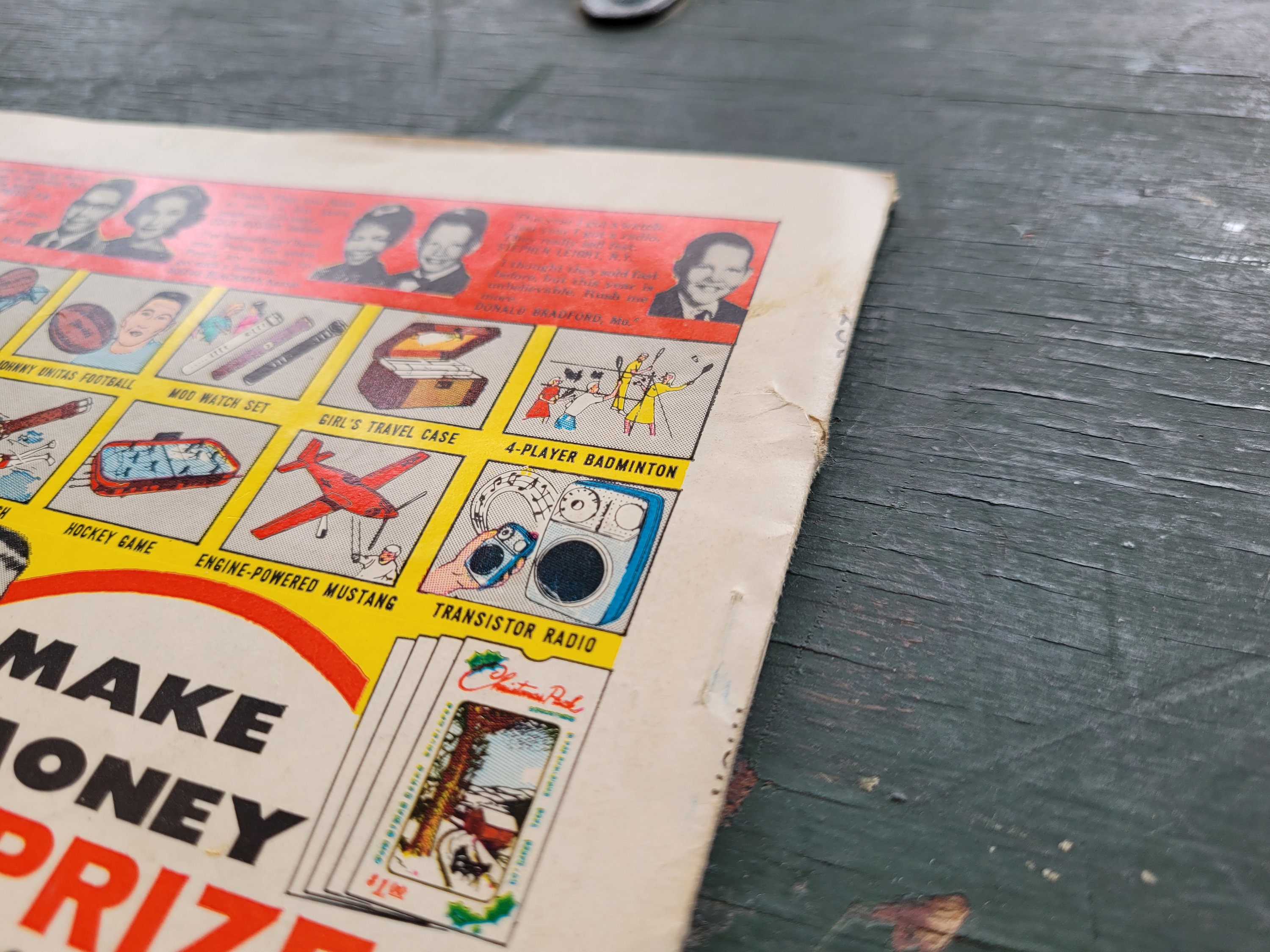 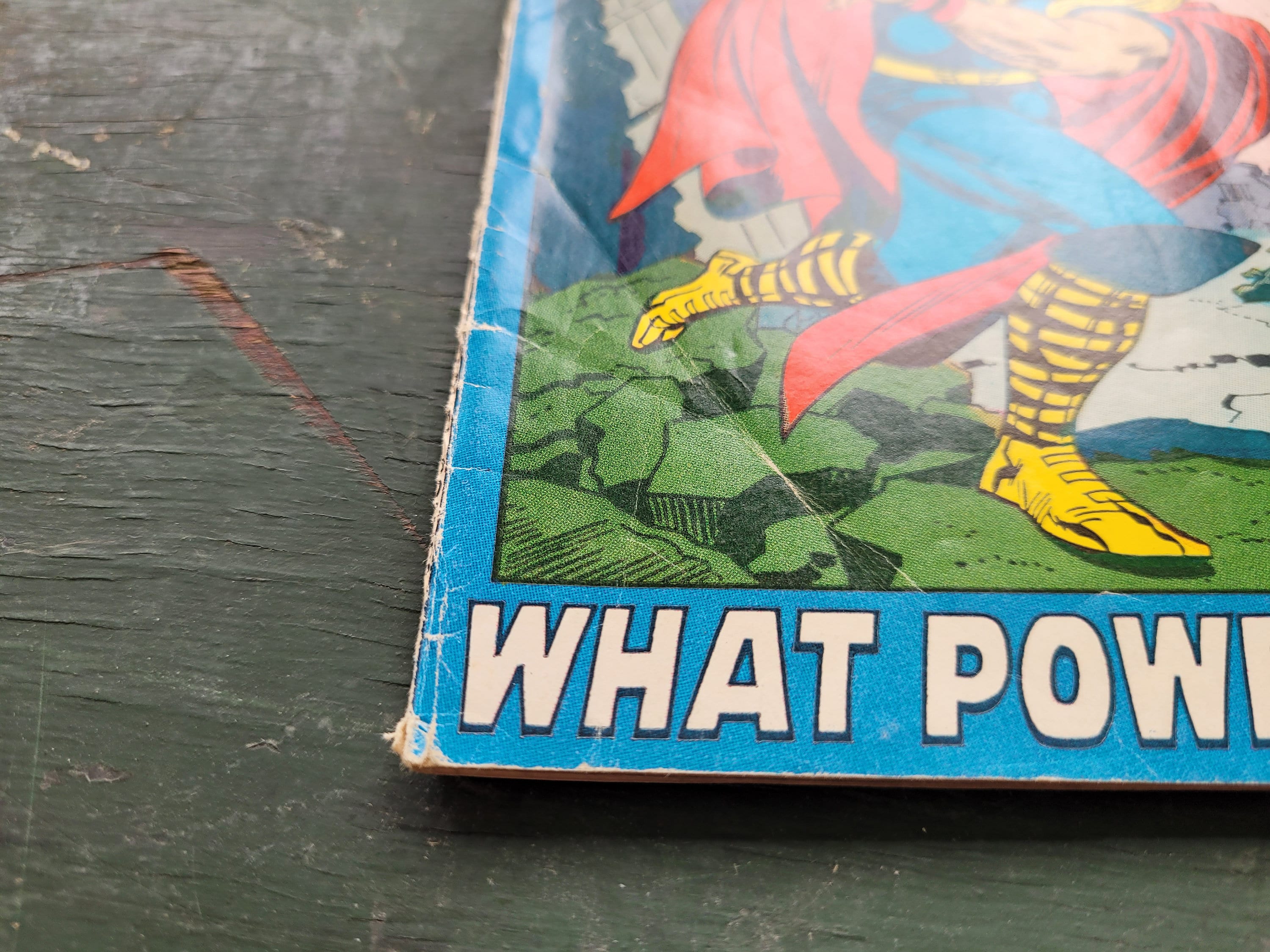 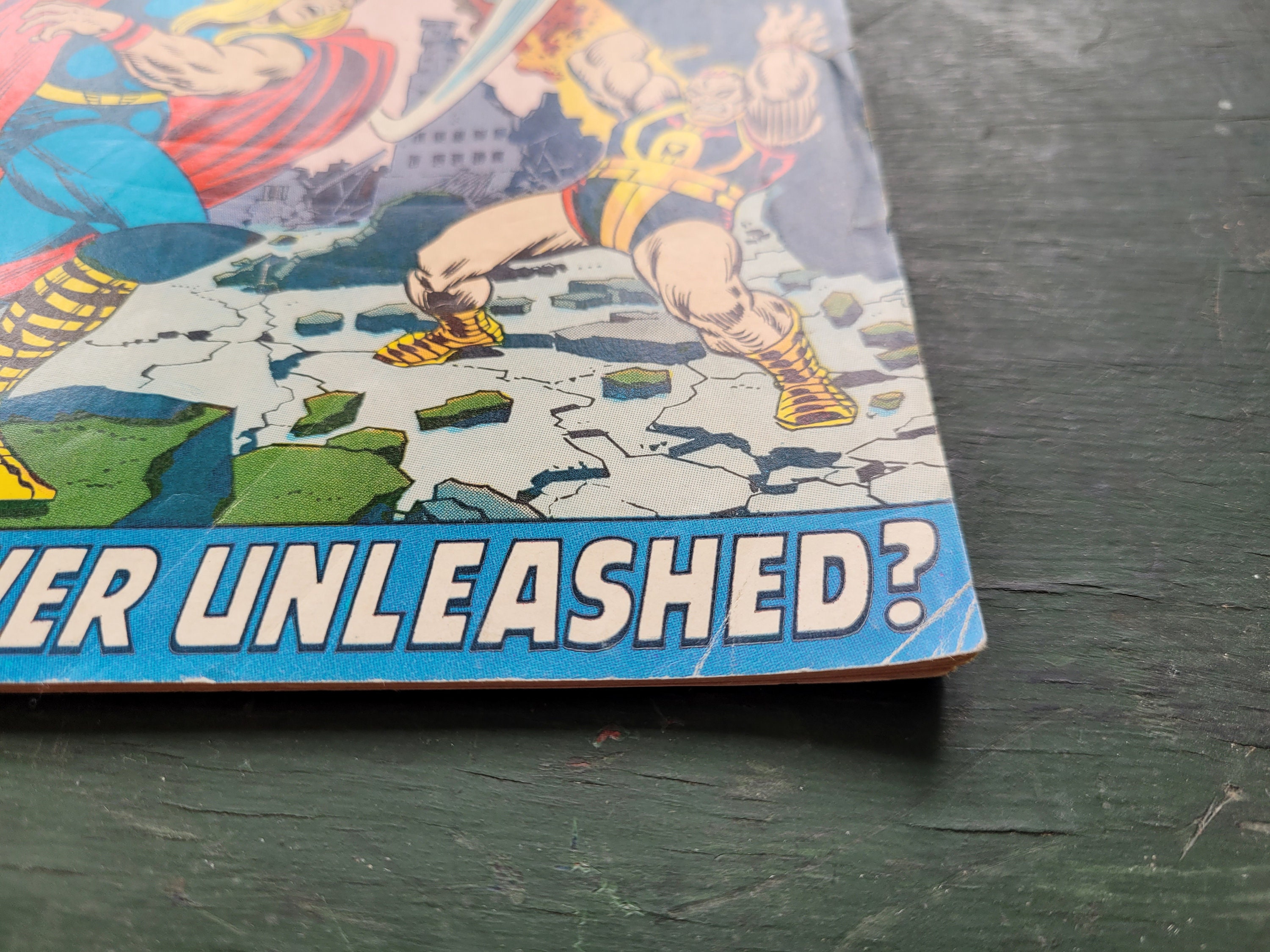 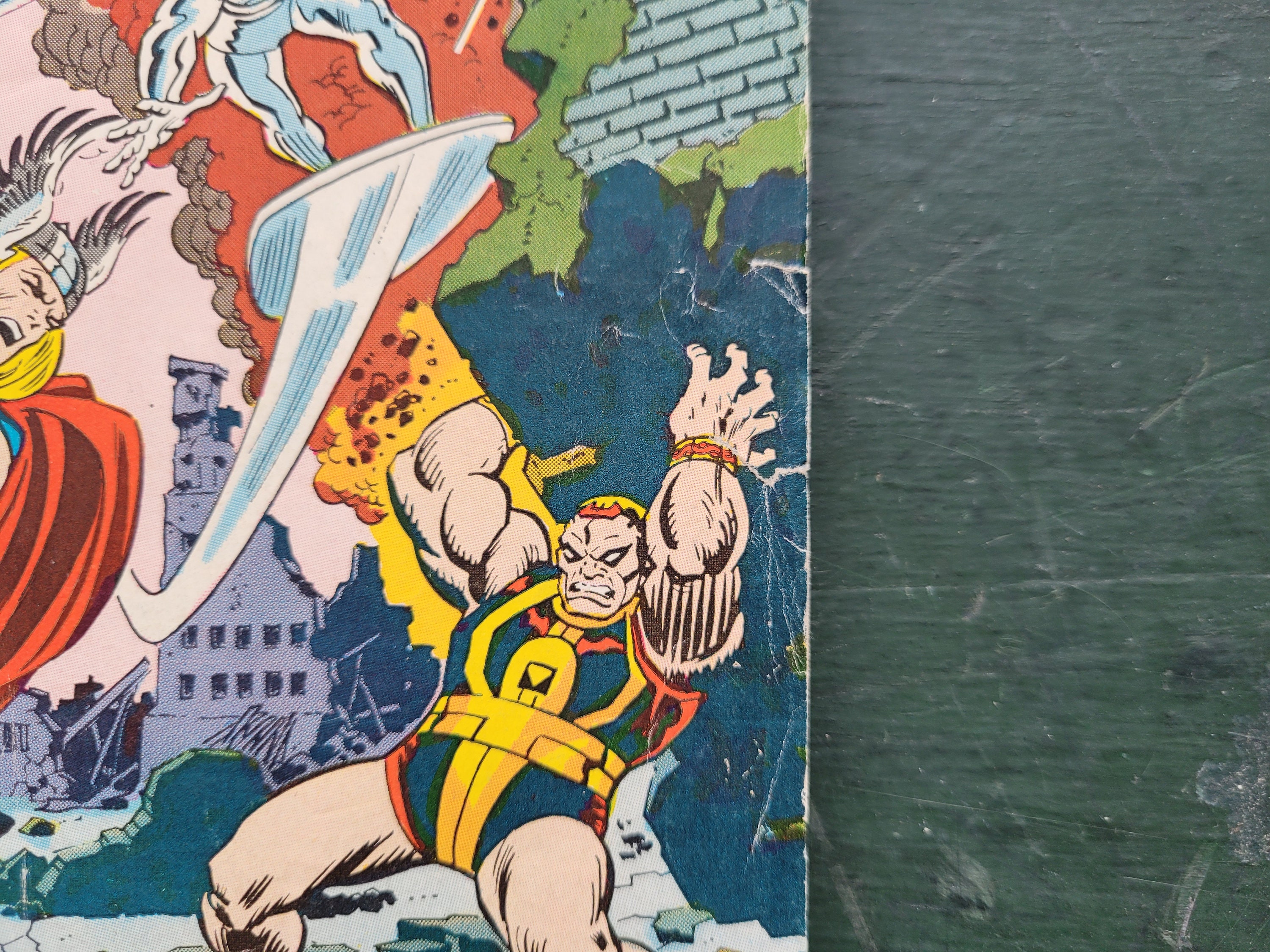 Here is a copy of The Mighty Thor #193
It is in used condition.
It has some creases and tears along the edges.
See pictures for condition.

High atop Mount Everest, Blader and Karnilla have summoned the Silver Surfer to come to the aid of Thor, who is now battling Durok, a powerful mystical creature created by Loki. The Surfer, after many betrayals from humans is apathetic to Balder's pleas for help, telling the God that he has no interest in the affairs of humans. Balder furiously pleads with the Surfer, telling the Zennlavian that he would give his life to Thor. Hearing this, Karnilla painfully reminds Balder that his life is sworn to her and her only. This prompts the Surfer to get involved, and when Karnilla is unable to strike the Surfer down, she frees Balder from the rocky confines she is crushing him in and the Surfer uses his Power Cosmic to heal him. Karnilla realizes to her horror what she had almost done and wonders if she would ever be deserving of Balders love.

The Surfer then tells Balder that he has convinced the Surfer to go to Thor's aid and speeds off on his cosmic surf board. Arriving in Washington D.C., the Surfer finds Thor defending the city from Durok. Durok manages to gain the upper hand however and knock Thor out with some high voltage wires when their battle takes them into the sewer. Joining the fight, the Surfer commands his board to keep Durok at bay, while he attempts to use his Power Cosmic to revive Thor.

While in Asgard, Loki has a feast with Sif and a legion of his minions, boasting over his coming wedding to Sif and the destruction of Thor. He then realizes that Karnilla and Balder are missing, and locates them on Earth. Furious, he teleports them back to Asgard, where he demands to know what they were doing on Earth. When Balder admits that he was attempting to help Thor, Loki punishes Balder by casting a spell that makes his face hideous. After reminding them that he is their master (and mystically creating a statue of himself outside the palace) Loki then decides to be merciful and changes Balder's face back to normal.

Back on Earth, the Surfer uses his Power Cosmic to it's fullest potential in order to revive Thor from the brink of death. The Silver Surfer then tells Thor to attend to things in Asgard while he deals with Durok. Thanking the Surfer for his help, Thor teleports back to Asgard, where he finds that Loki has ordered Heimdal that Thor is not allowed to cross the Bifrost Bridge. Forcing the two to fight each other, the battle ends when Heimdal is accidentally knocked off the Bifrost. When Thor rescues his life, Heimdal tells Thor that he had no choice but to follow Loki's orders and allows Thor to pass.

At the gates of Asgard, Thor finds a trio of Storm Giants there to stop Thor from passing through. While back on Earth, the Surfer continues his fight against Durok, their battle takes them out front of the Washington Monument where the Surfer is over powered by Durok's mystical bolts. Durok then shatters the Surfer's board, before departing and continuing his rampage. When the Silver Surfer revives, he uses his Power Cosmic to restructure his board and goes after Durok who is fighting off the National Guard.

Finding that Durok is far too powerful to be stopped, the Surfer knocks the creature on his board and flies beyond the speed of light, breaking through the fabric of time and space. Arriving in a distant future where the human race has exterminated itself, the Surfer leaves Durok behind in a apocalyptic future where he can harm nobody.

While back in present day Asgard, Thor fights off and defeats the three Storm Giants, and breaks into the palace where he comes across Sif as she is being fitted in a wedding dress for her forced marriage to Loki. Loki then arrives, and blasts Thor out of the palace, separating him from his hammer. With the 60 second limit that would lead to Thor transforming into Donald Blake ticking away, Loki sicks more Storm Giants on his brother, who wait for the transformation to happen so they might destroy the Thunder God once and for all.