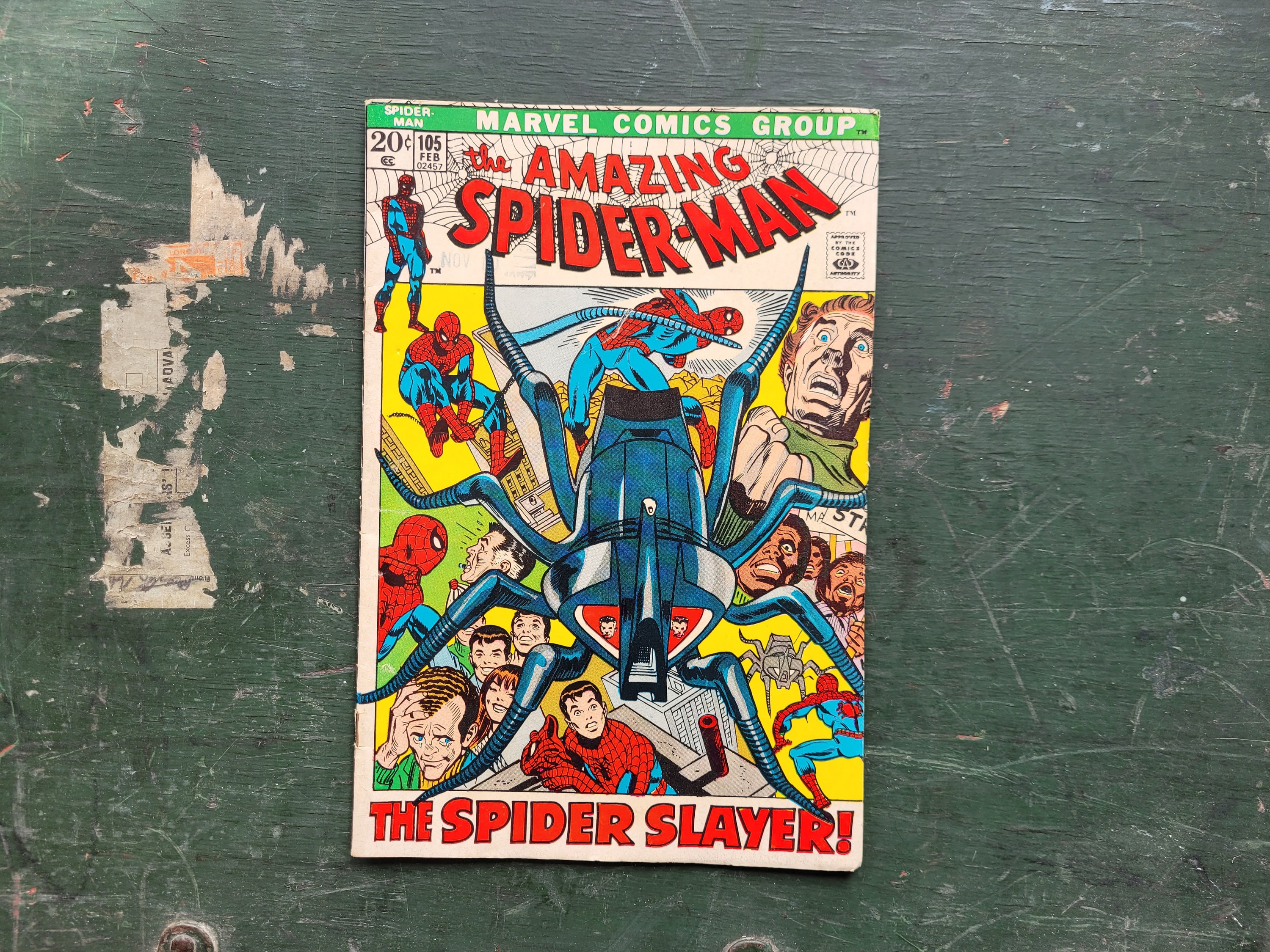 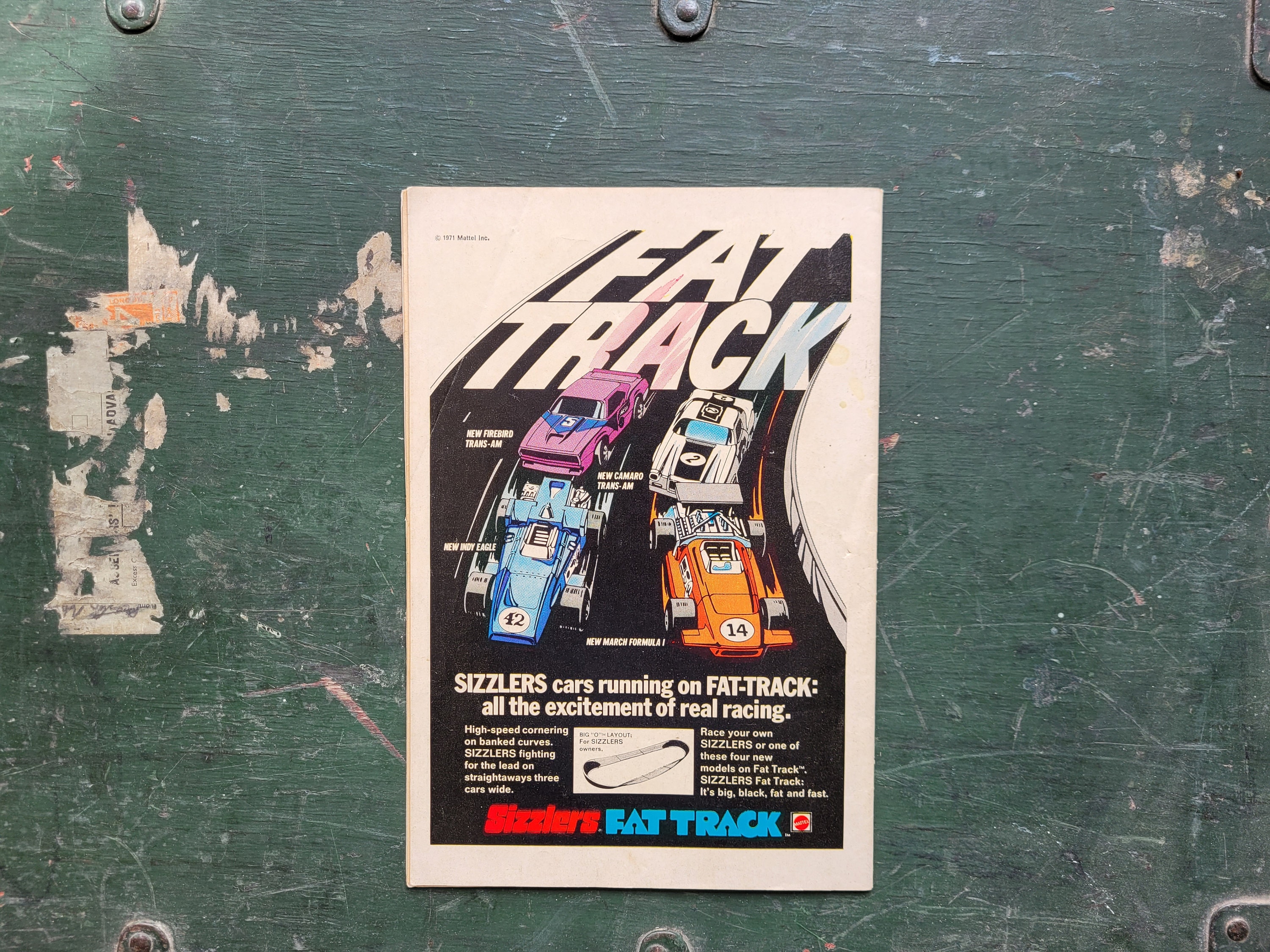 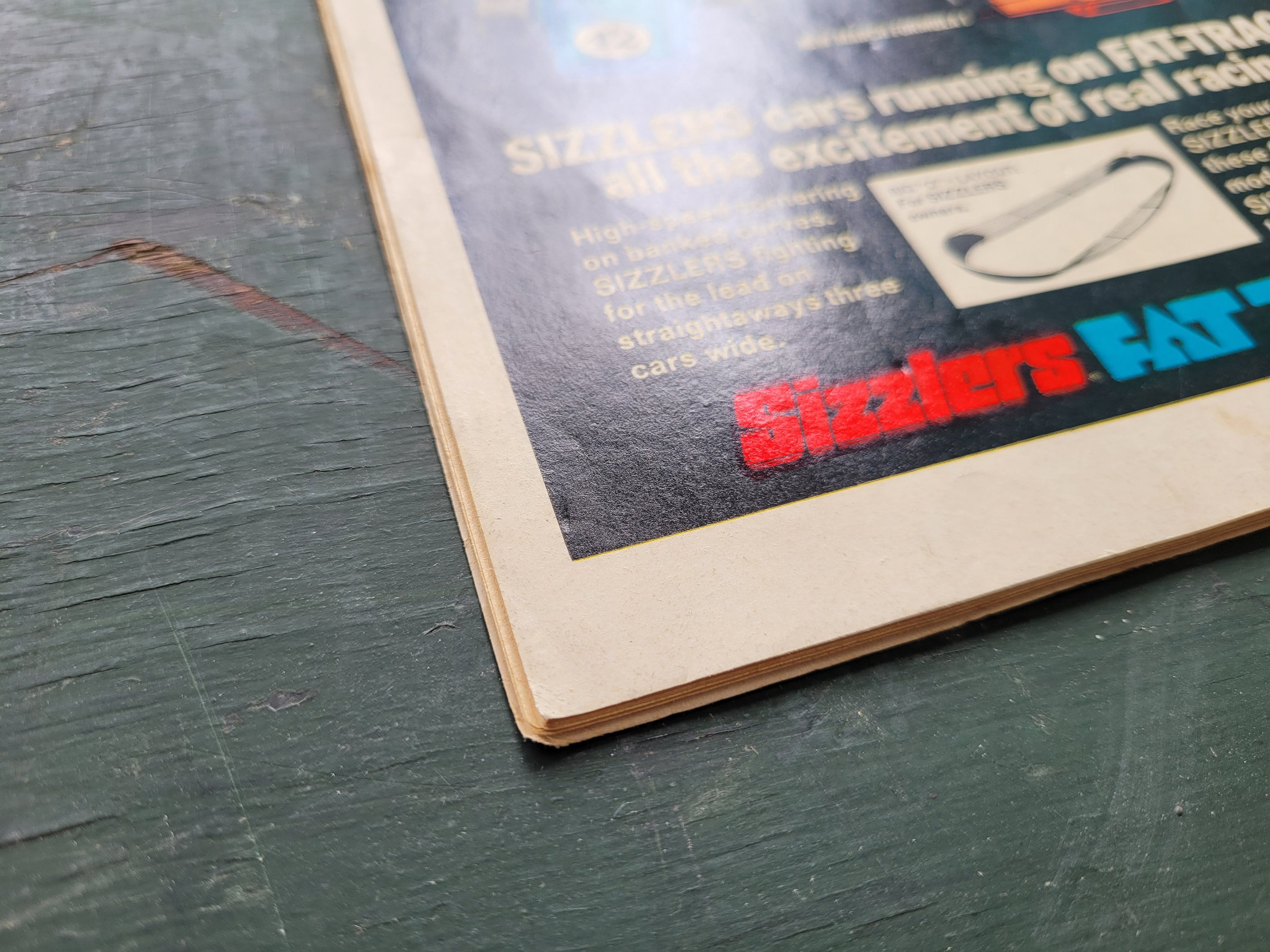 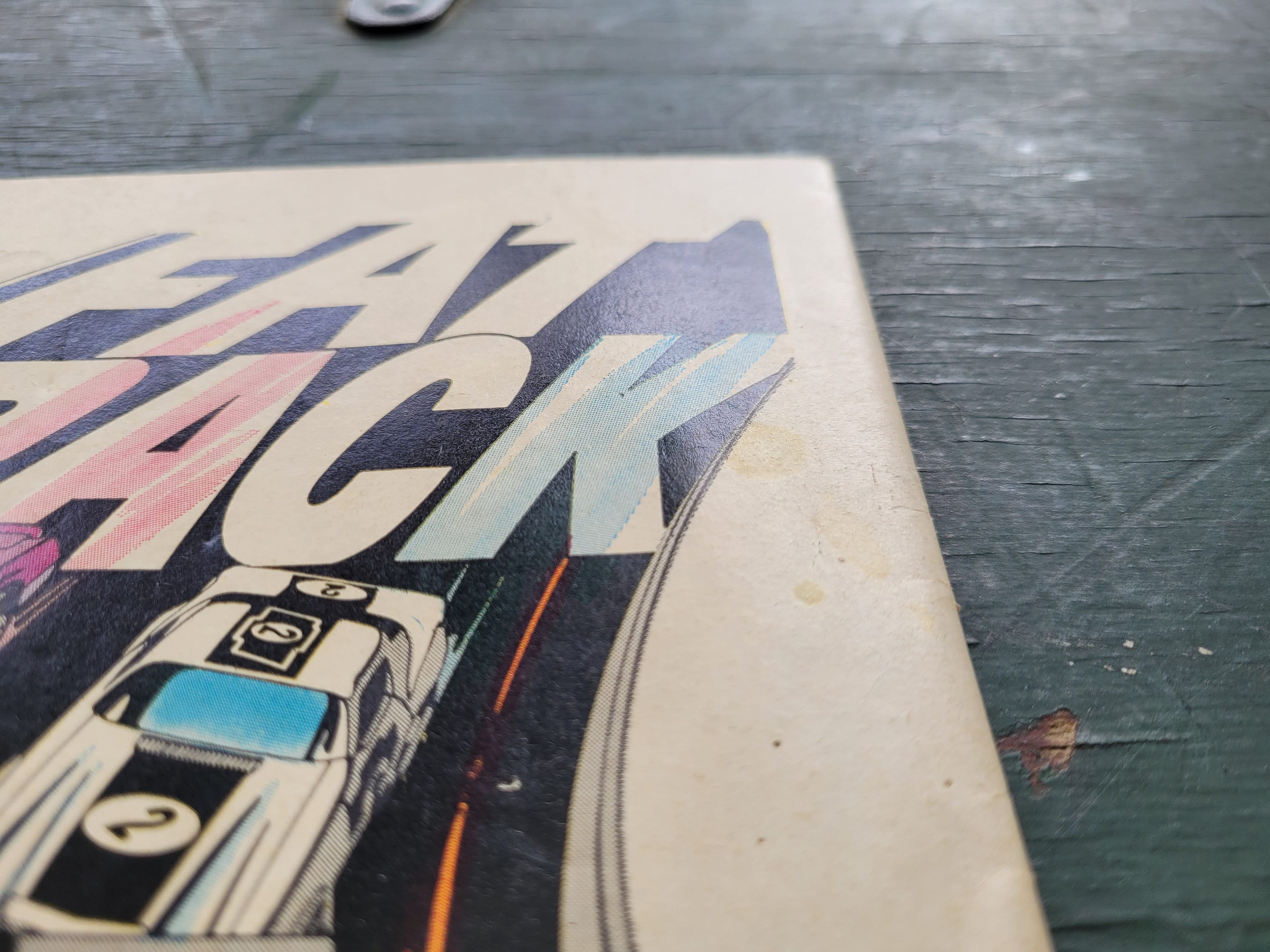 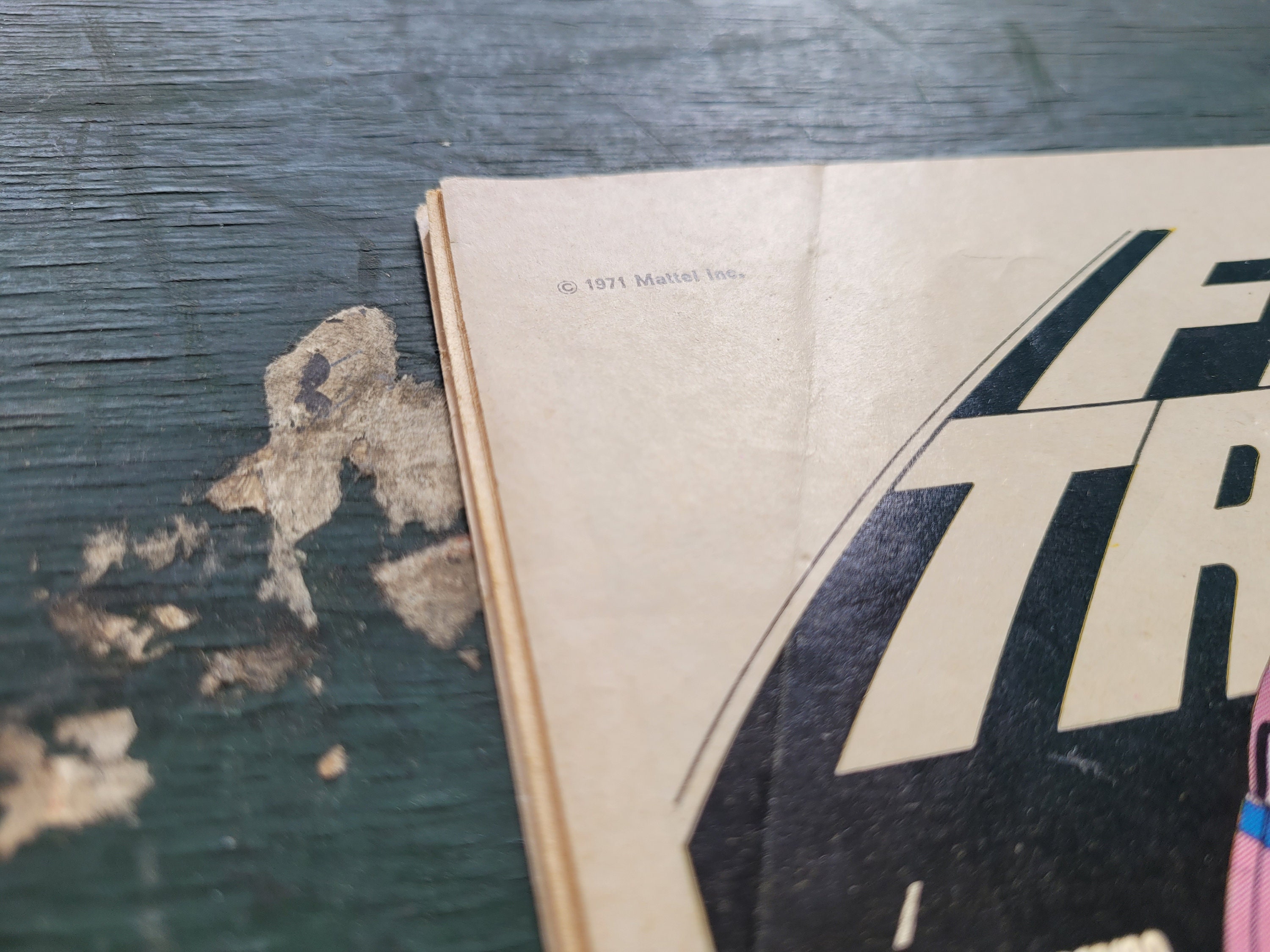 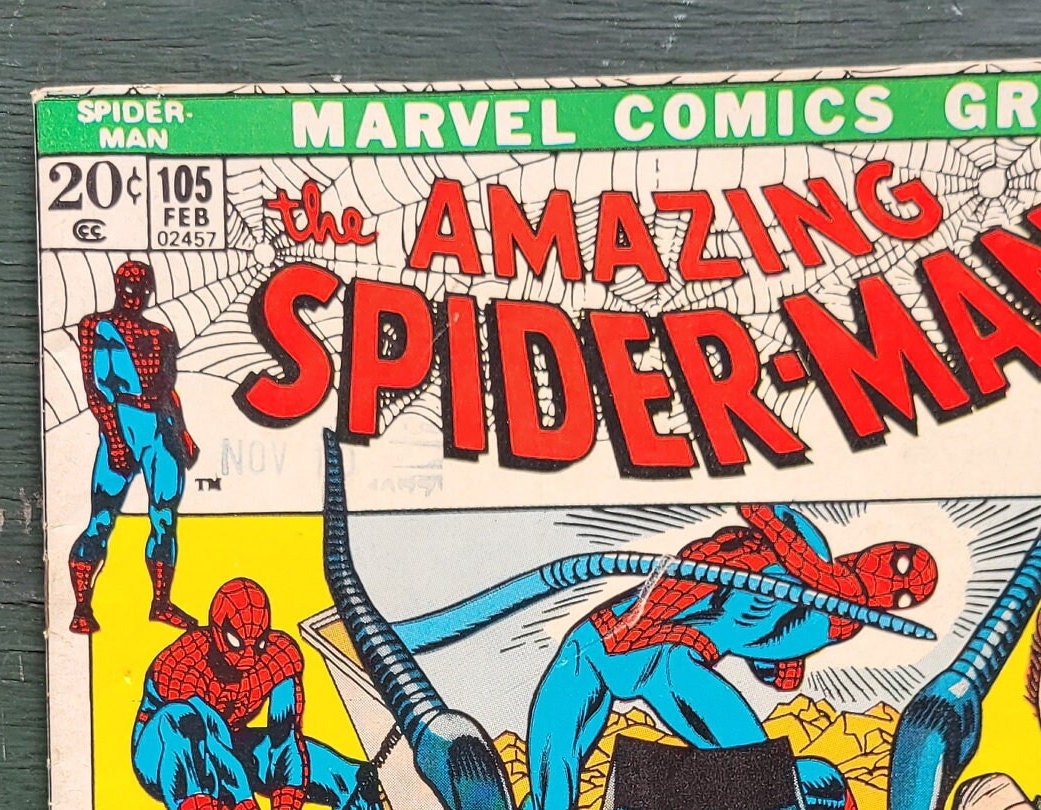 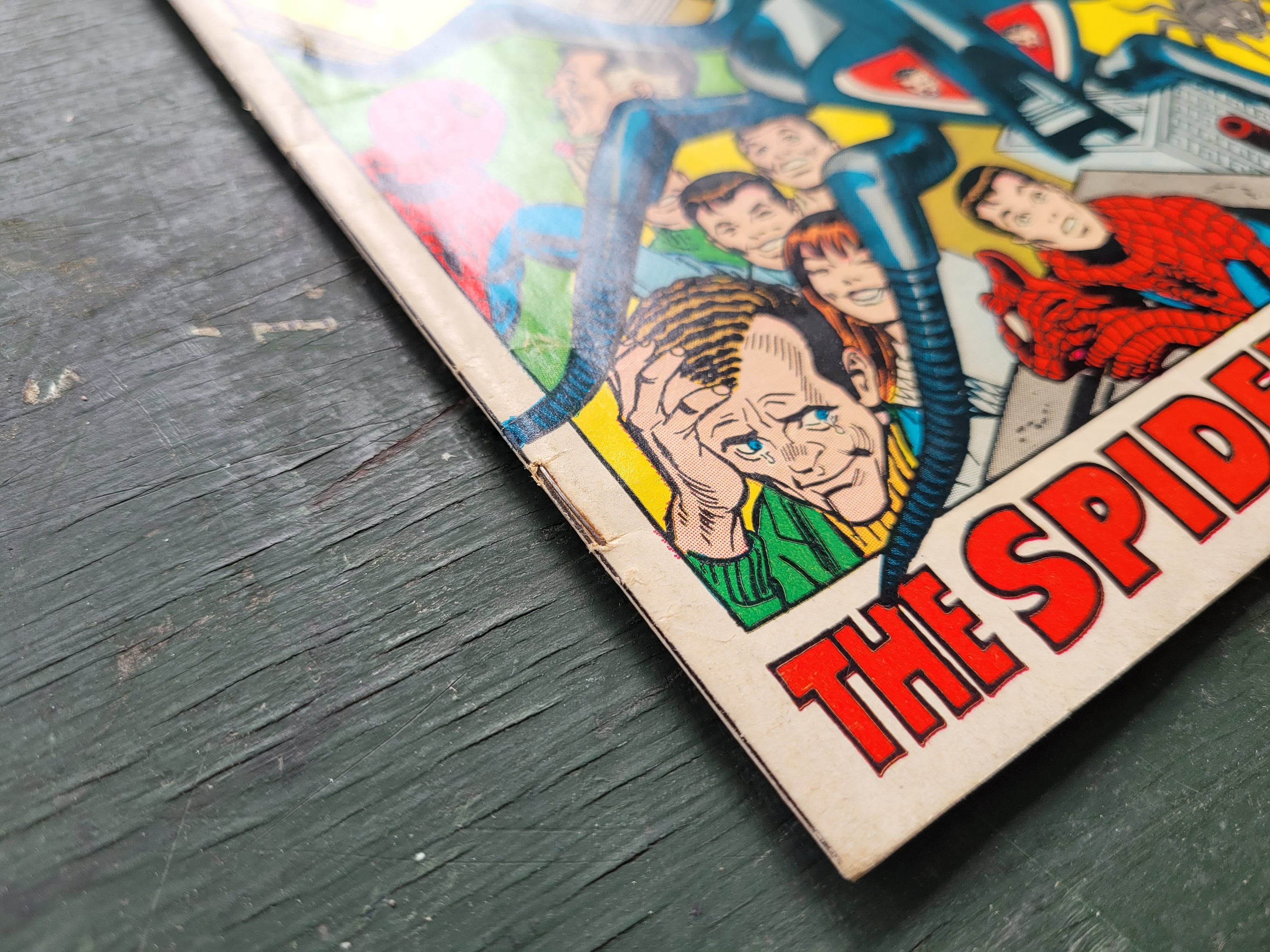 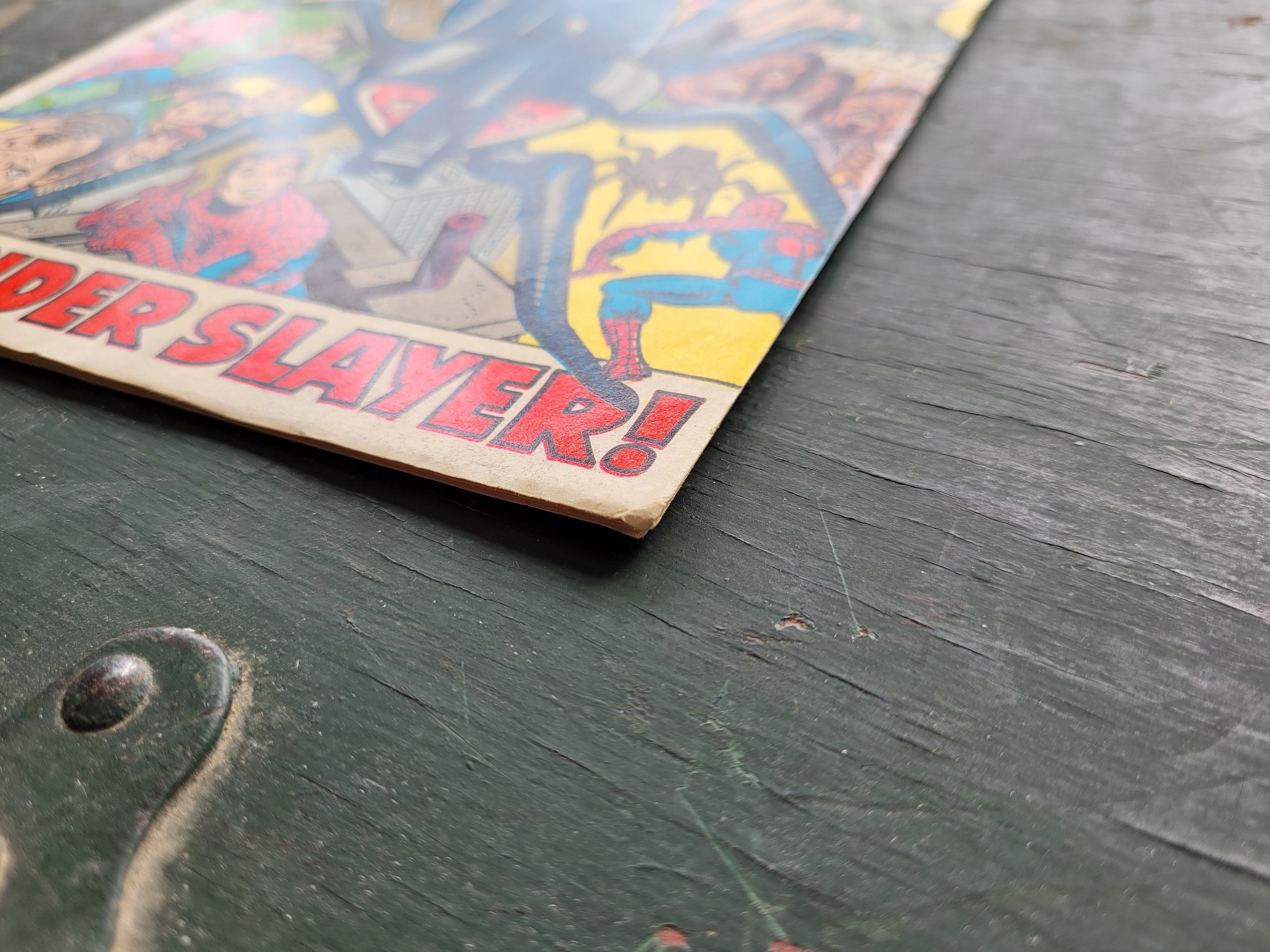 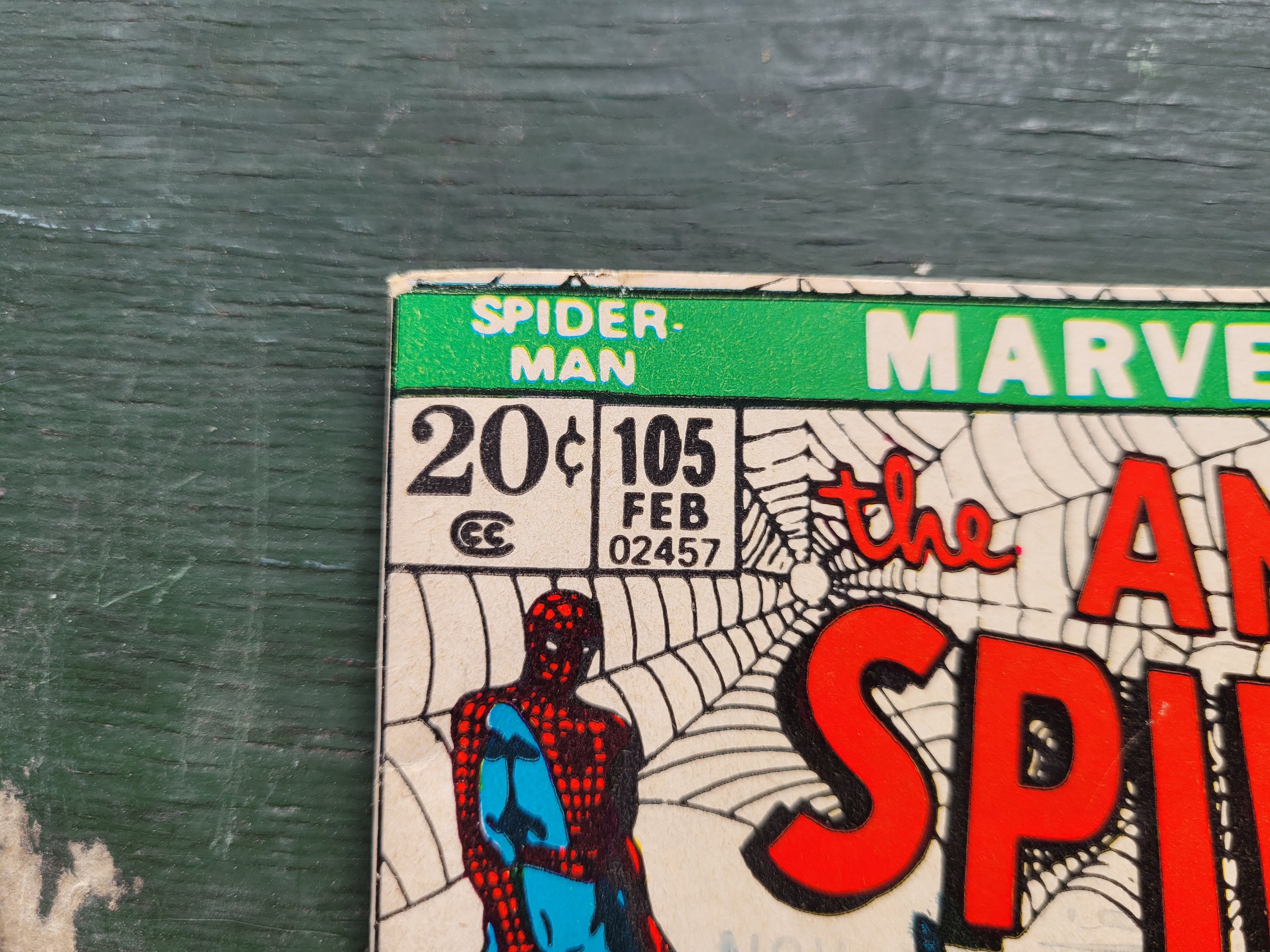 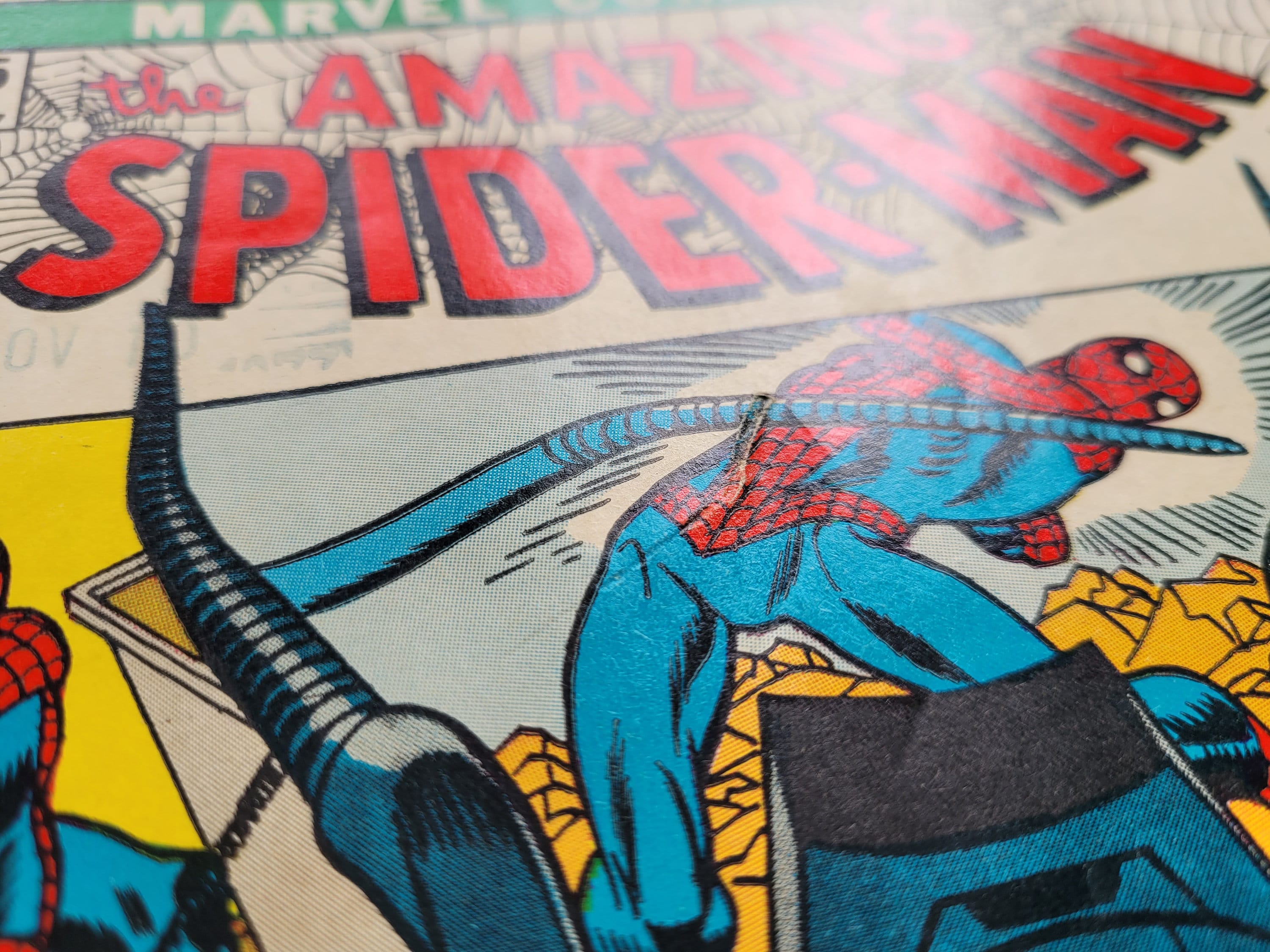 Here is a copy of The Amazing Spiderman issue 105, released February 1972.
It is in used condition.
It has some smaller creases on the cover, some spots on the back and some kind of stamp on the cover.
See pics for condition.

Having returned home from the Savage Land, Peter decides to go web-slinging across the city. He happens upon a protest being organized by Randy Robertson against the Daily Bugle and it's lack of reporting about the "ordinary man". This gains the ire of J. Jonah Jameson, who's paper has spoke out for Civil Rights for years. His quick temper almost incites a riot, and Jameson has to be pulled out of there Spider-Man. The ungrateful Jameson tries to take a swing at the wall-crawler, so Spidey leaves him hanging from a post for his troubles.

Peter returns back to his apartment and changes back to Peter Parker to prepare for the arrival of his roommate Harry Osborn, who is back out from the hospital following his drug overdose. While at the party, Flash Thompson (Back from another tour of duty in 'Nam) has shown up for the party. Peter buries the hatchet again, and when Gwen and Flash catch up, Mary Jane tries to flirt with Peter, who is about to scold her when Harry arrives.

That night, J. Jonah Jameson visits Spencer Smyth, who has created a brand new Spider-Slayer robot for Jameson to use against Spider-Man. Showing off the arachnid themed Spider-Slayer's abilities, Jameson takes it out for a test run in the city. Jameson finds Spider-Man and attacks him with the Spider-Slayer. Unaware that Smyth also has control of the robot and is subtly piloting it to land it's battle with Spider-Man into an electronics laboratory. There, Smyth takes full control of the robot (unknown to Jameson, who believes it broken and smashes his control) and uses it to steal a special device which would render security cameras inoperable and also allows him to monitor the recordings of any camera in the city, Smyth intends to use it to further his own wealth through illegal means.

Recovering from the attack, Spider-Man heads back to his apartment, unknown that Smythe is using the device to track Spider-Man's movements. Changing back into Peter Parker on a rooftop, Spidey inadvertently reveals his secret identity to Smythe. This story is continued next issue...