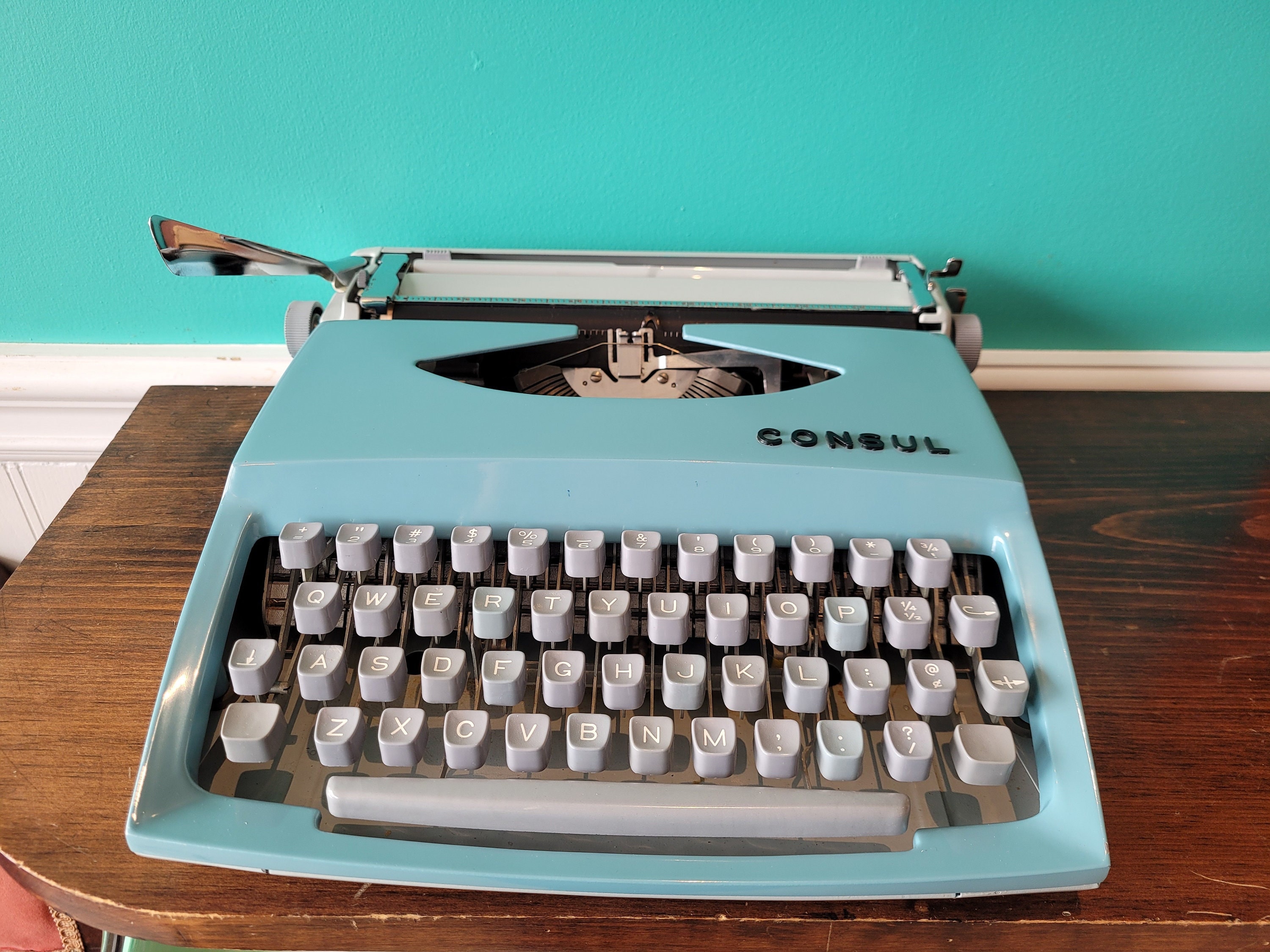 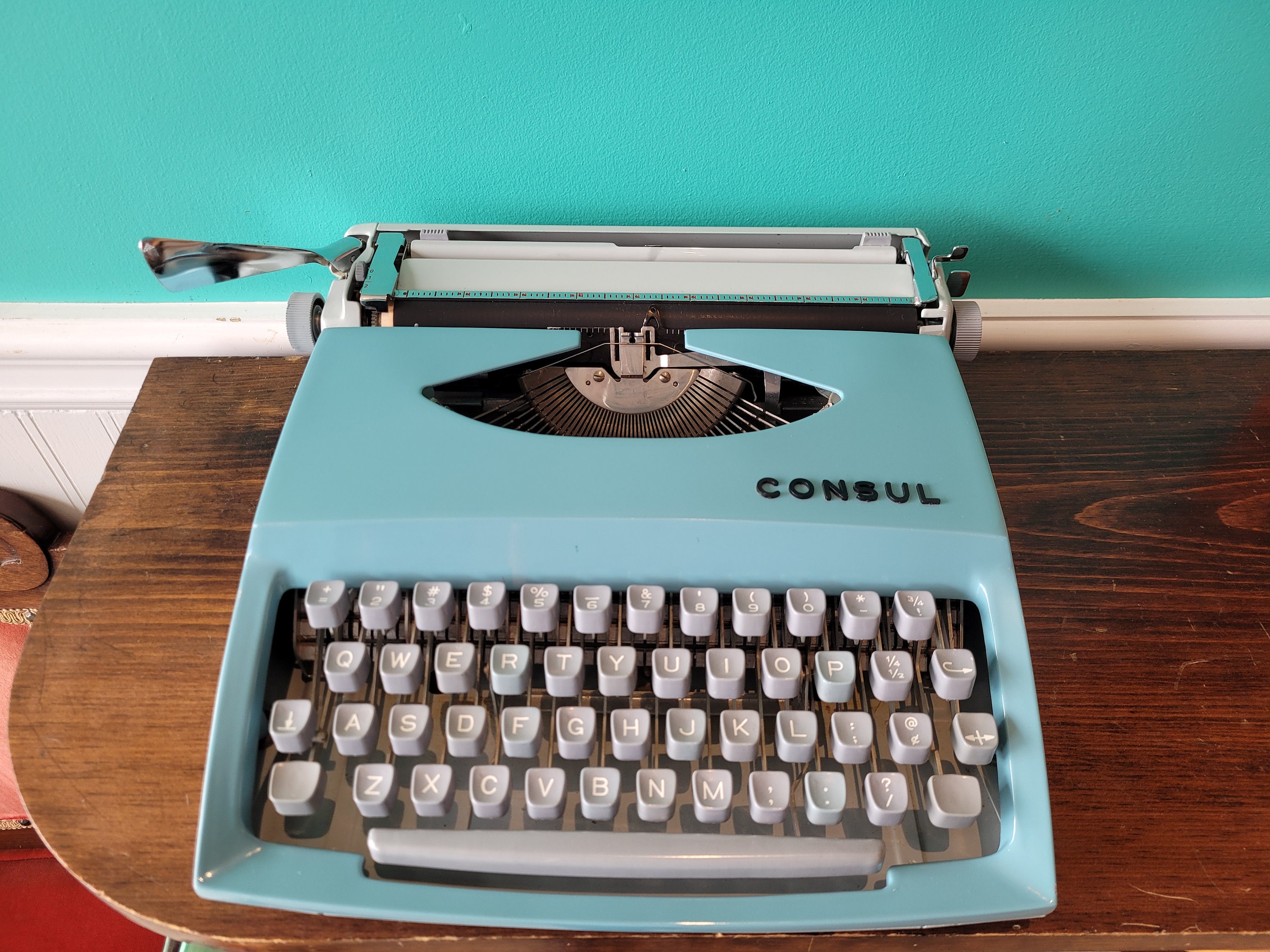 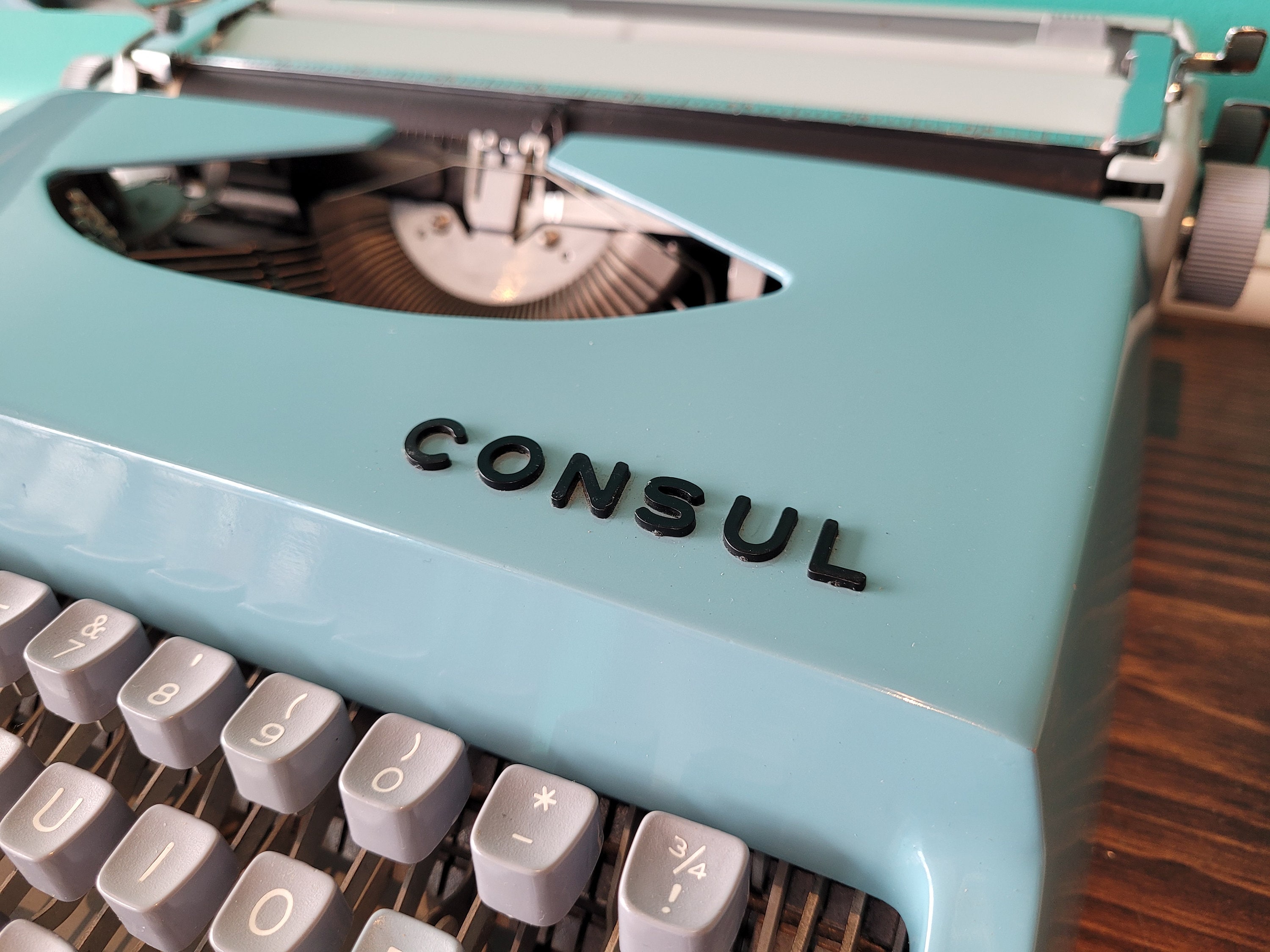 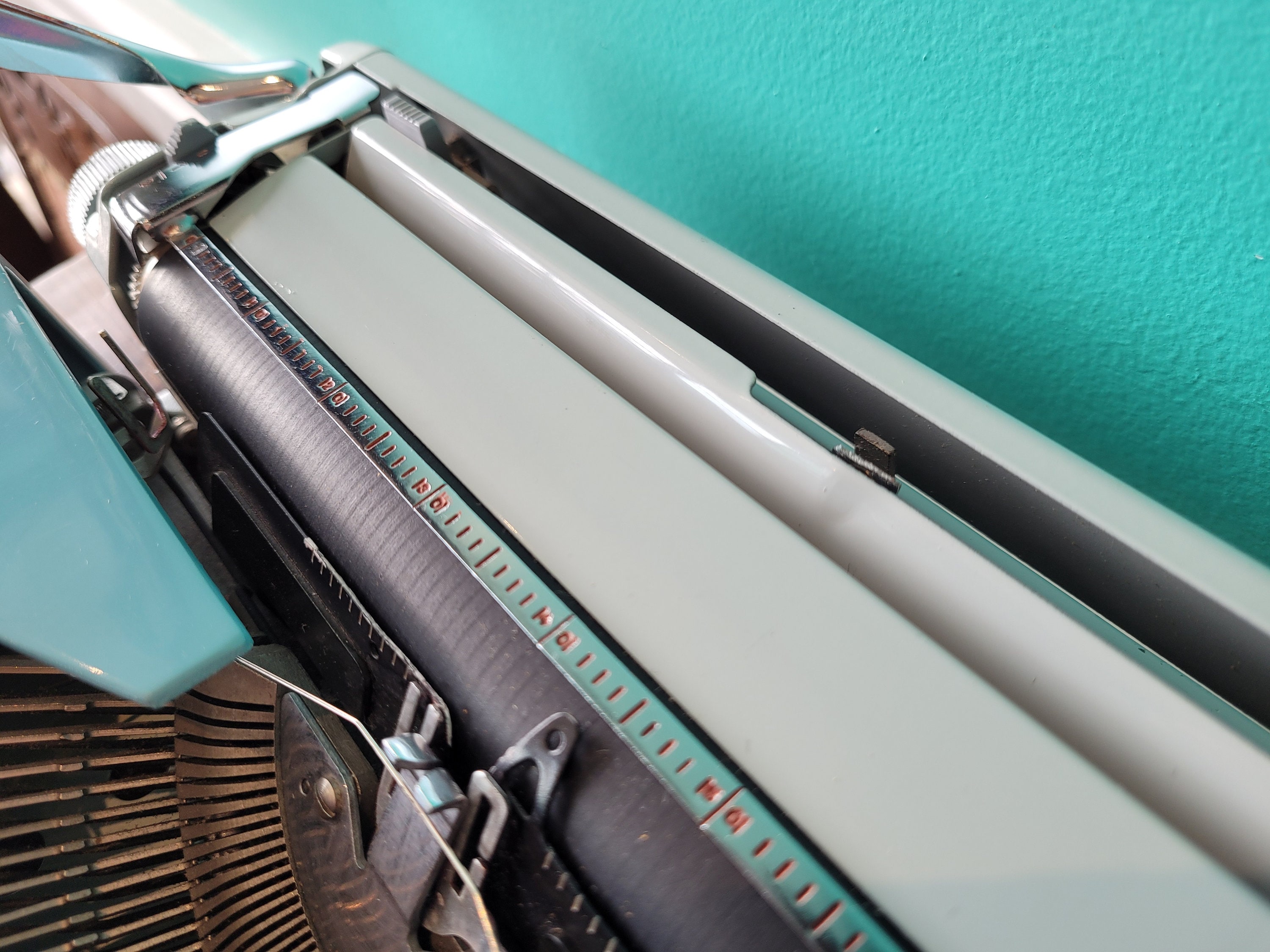 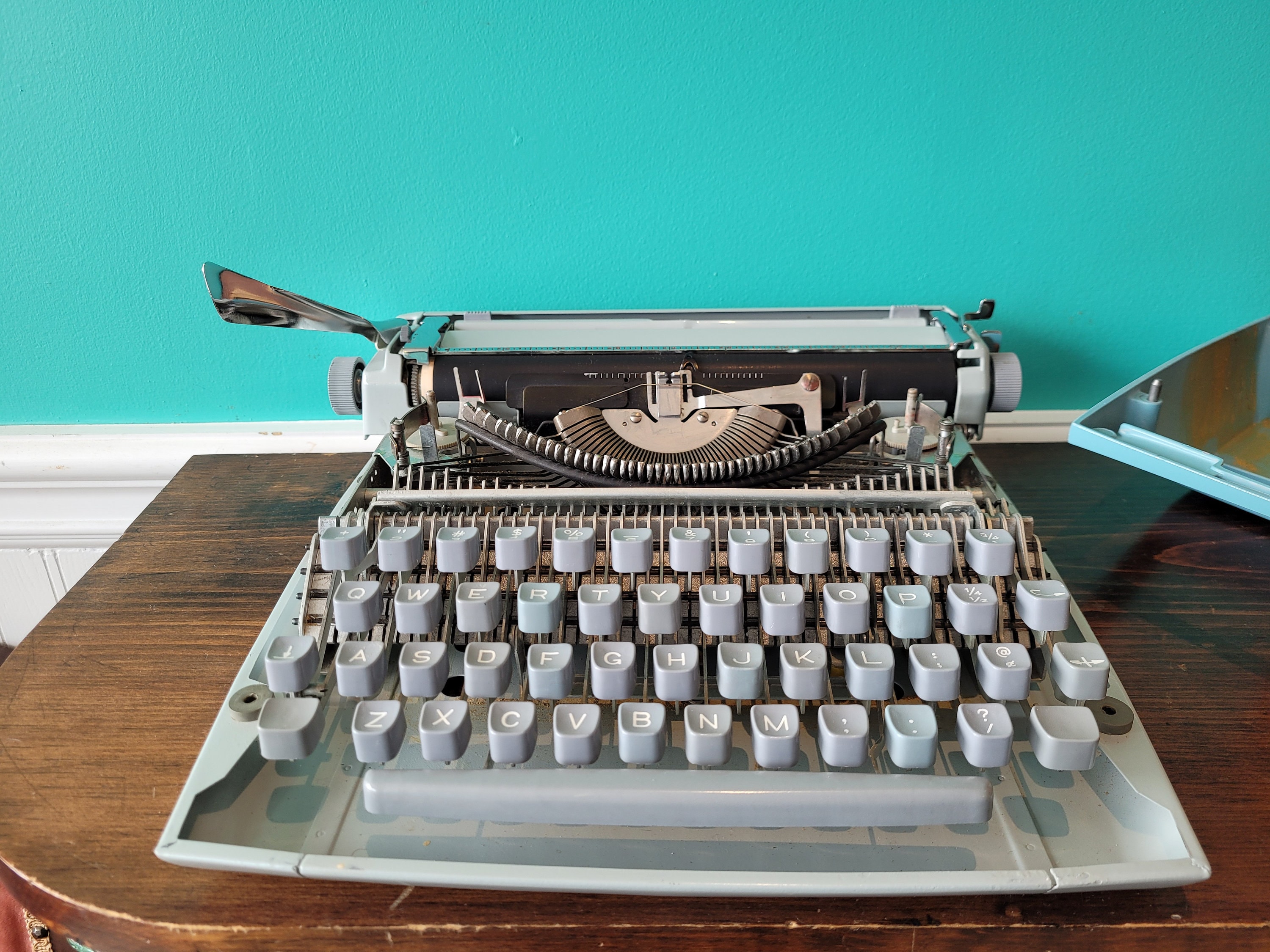 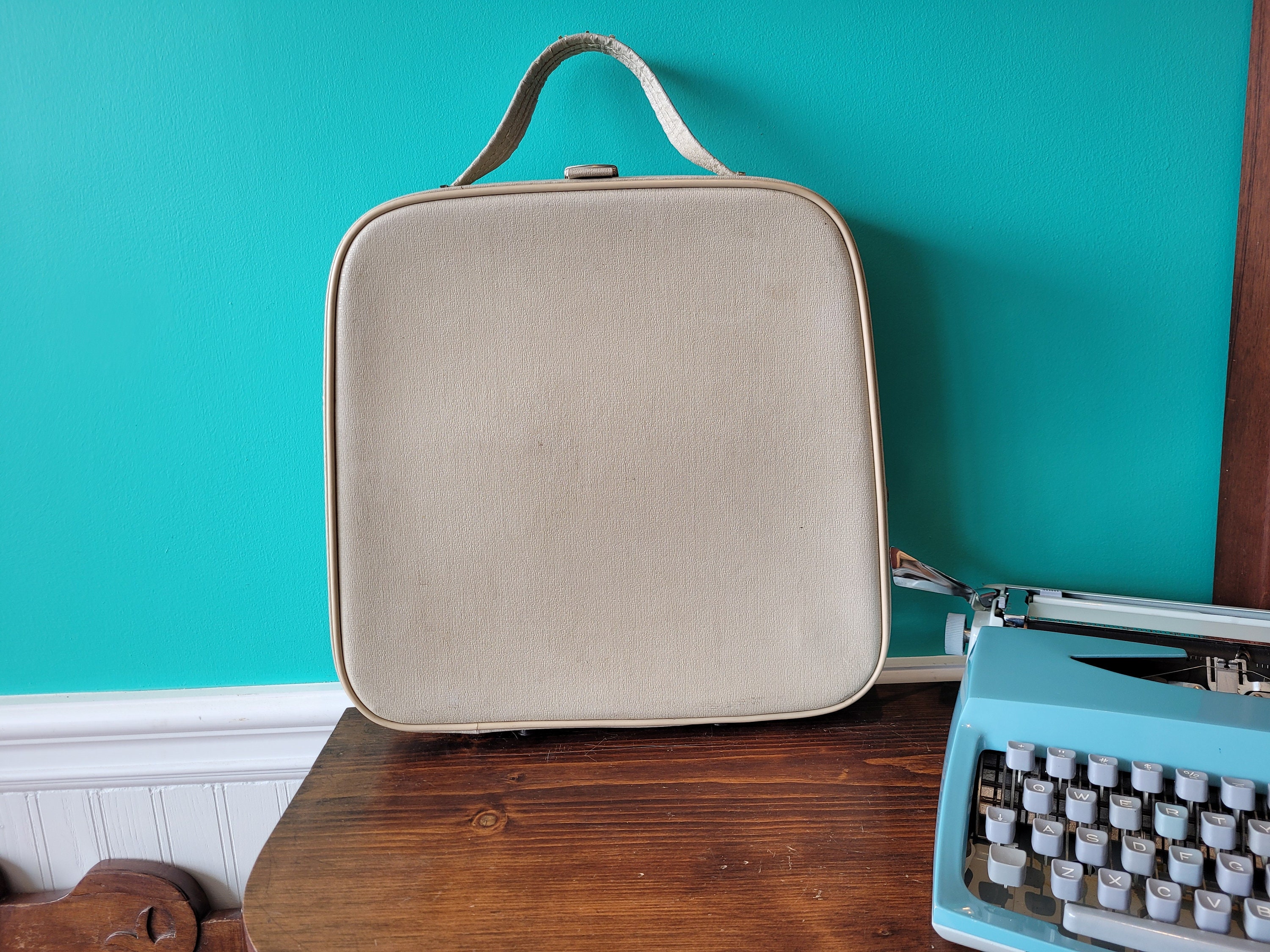 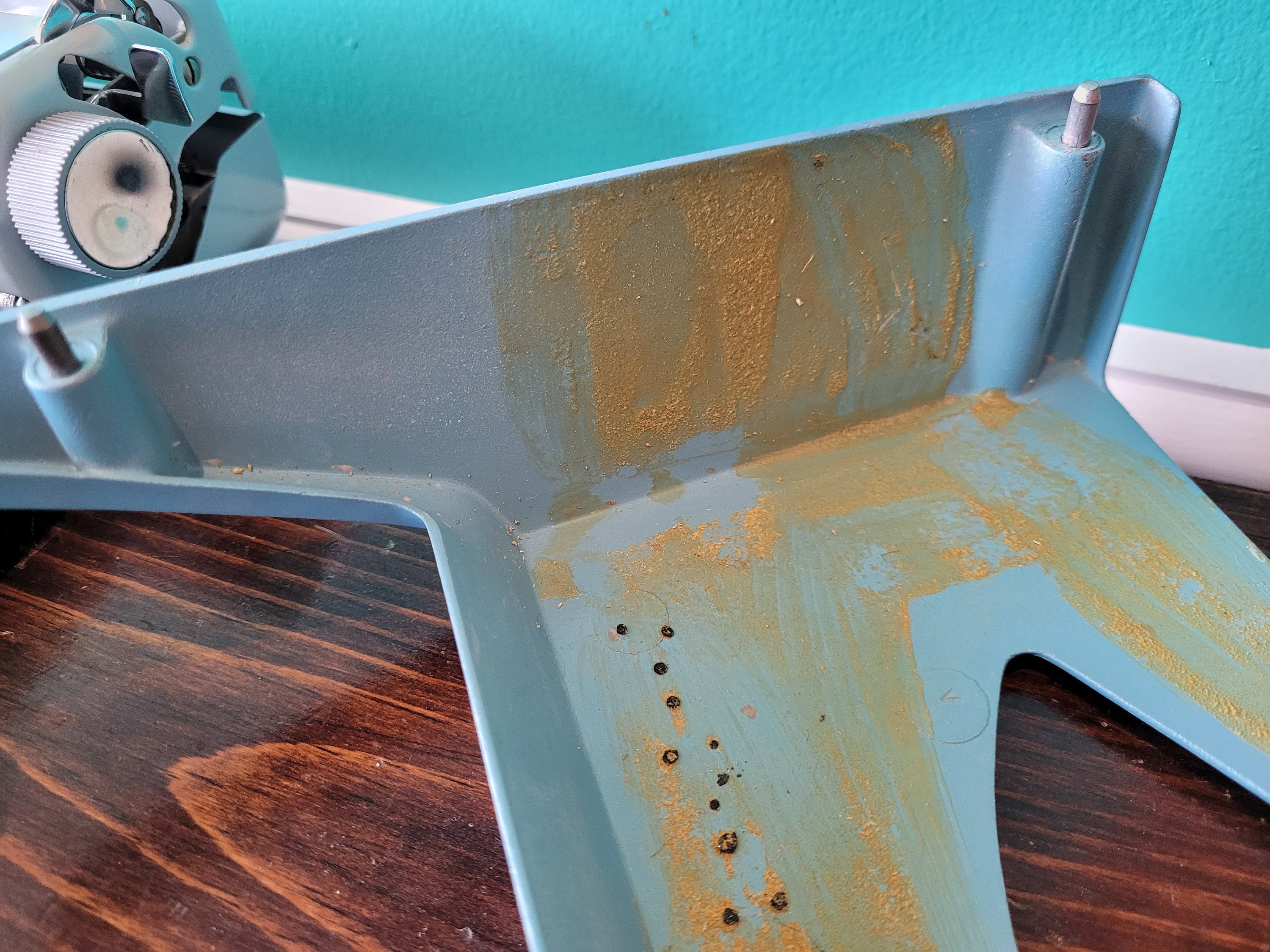 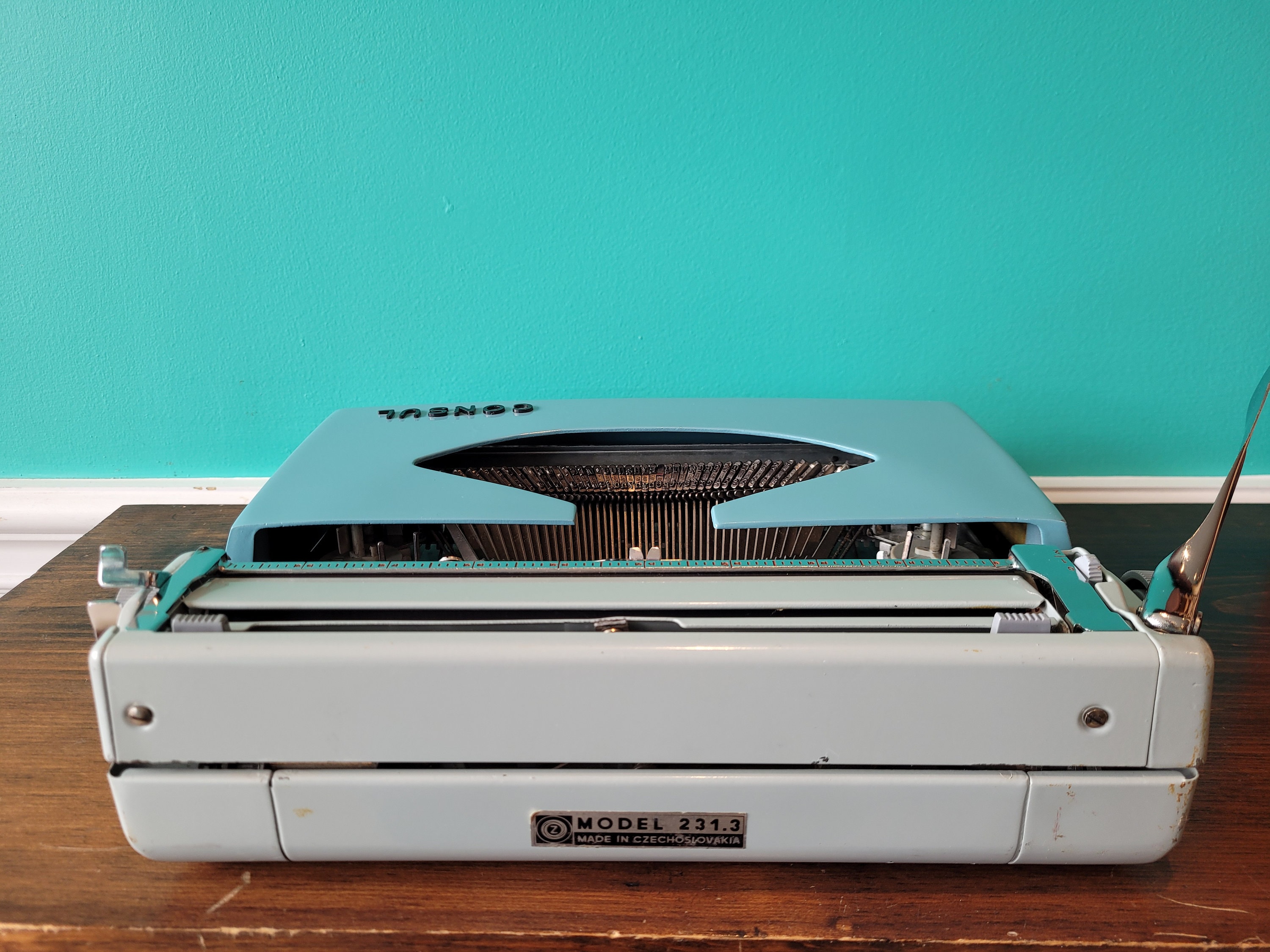 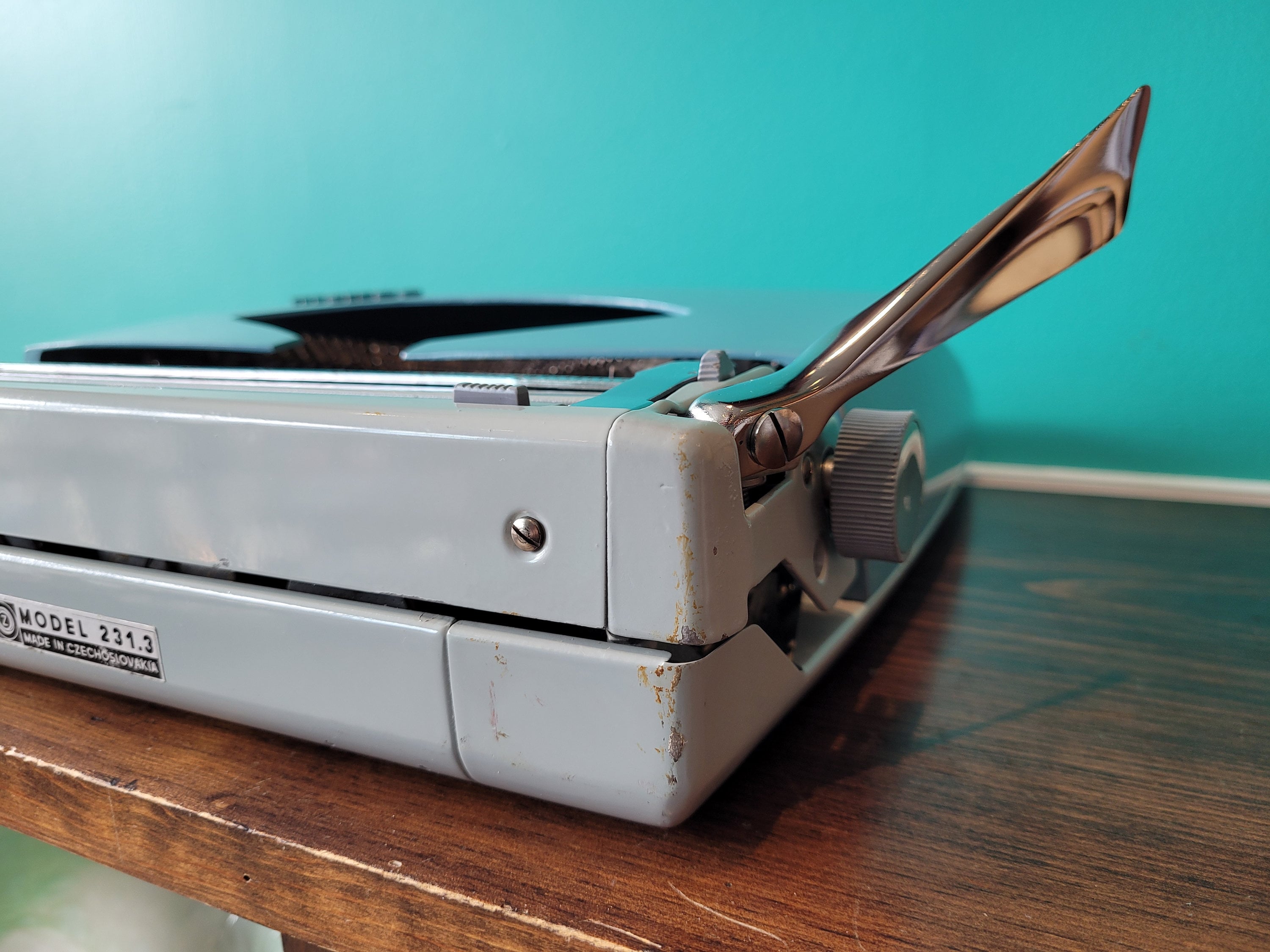 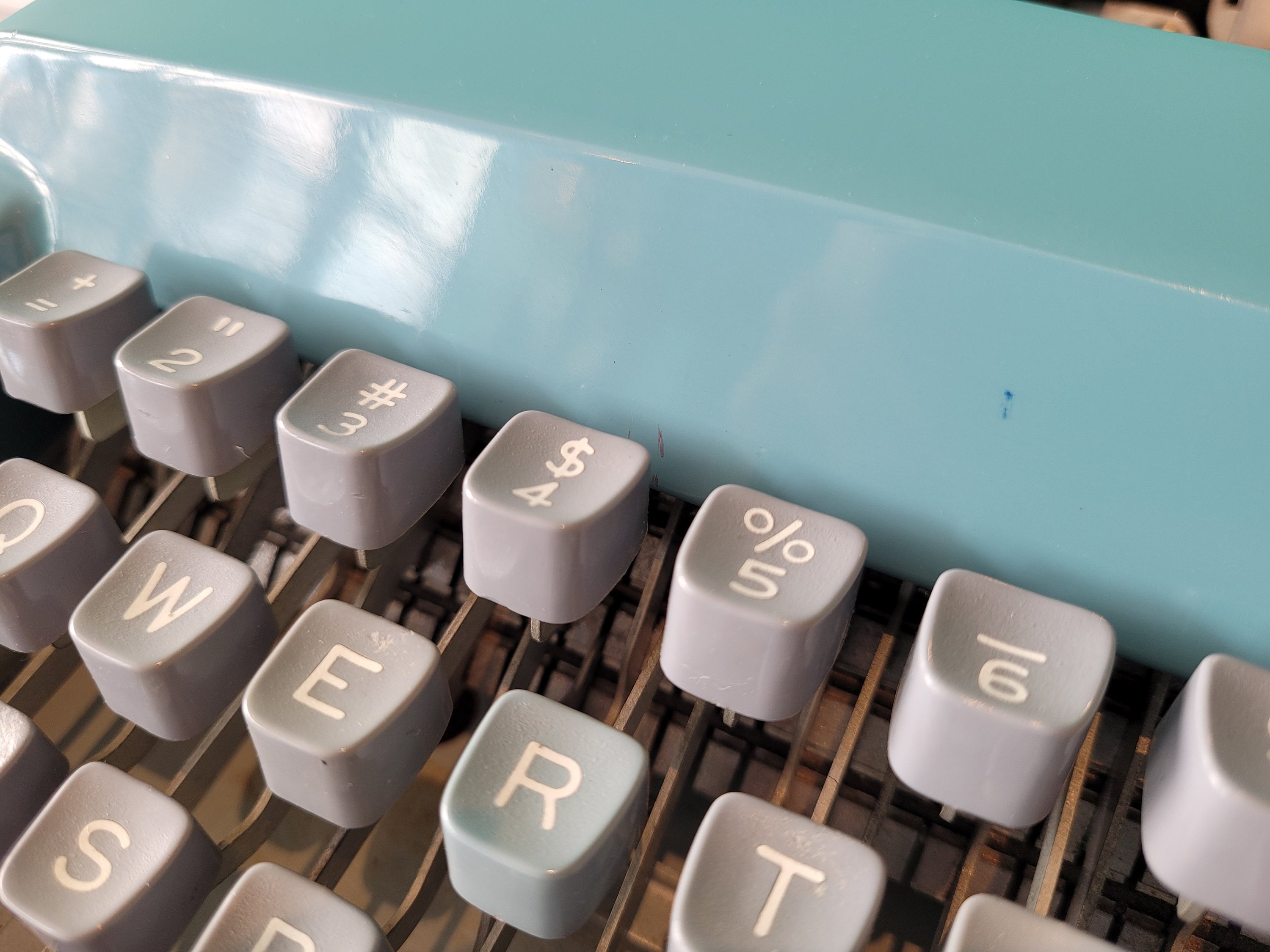 Here is a beautiful two tone blue low profile typewriter by Consul made in Czechoslovakia.
Serial # 1231342912
It is in used condition.
It has some ink marks on the case, some spots of wear on the rear from the case and the foam that was on the inside of the lid has disintegrated. Other than that this machine is pristine and fully working. It comes with it's original travel case and we will load it with a fresh ribbon of your choosing.

A little bit of history. The first Consul typewriter manufactured in Czechoslovakia, was registered in 1953 and the standard Consul typewriter was initially manufactured in small quantities, being used domestically and exported abroad. After 1958 a small, flat, sleek design Consul was introduced and gradually its manufacturing increased again for domestic use and for export to North America, where it was known as the President typewriter, and to other Western European countries. Nevertheless, the Consul typewriter did not make a major breakthrough in the USA and Germany as these markets were supplied with their own homemade machines. Plus the USA had restrictions on exports from Communist nations.