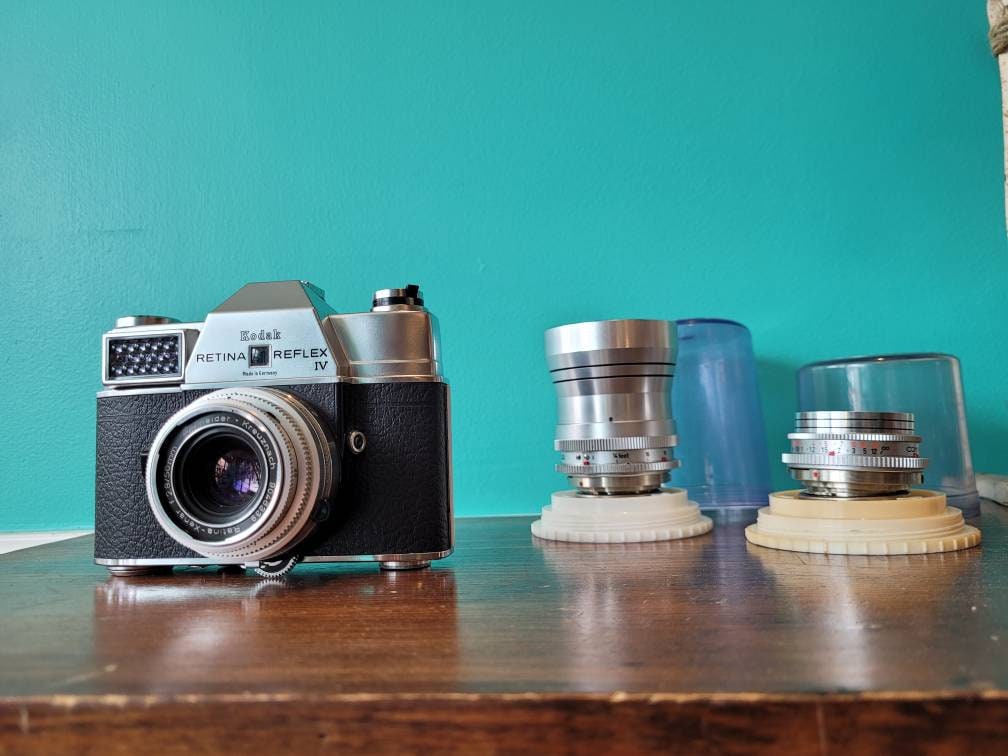 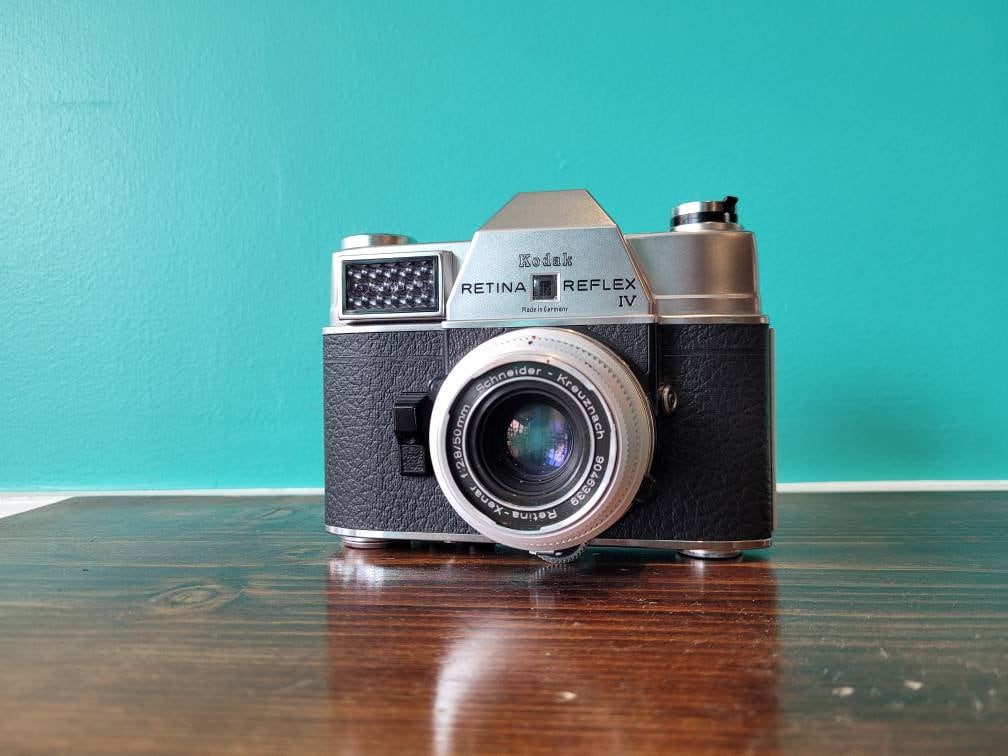 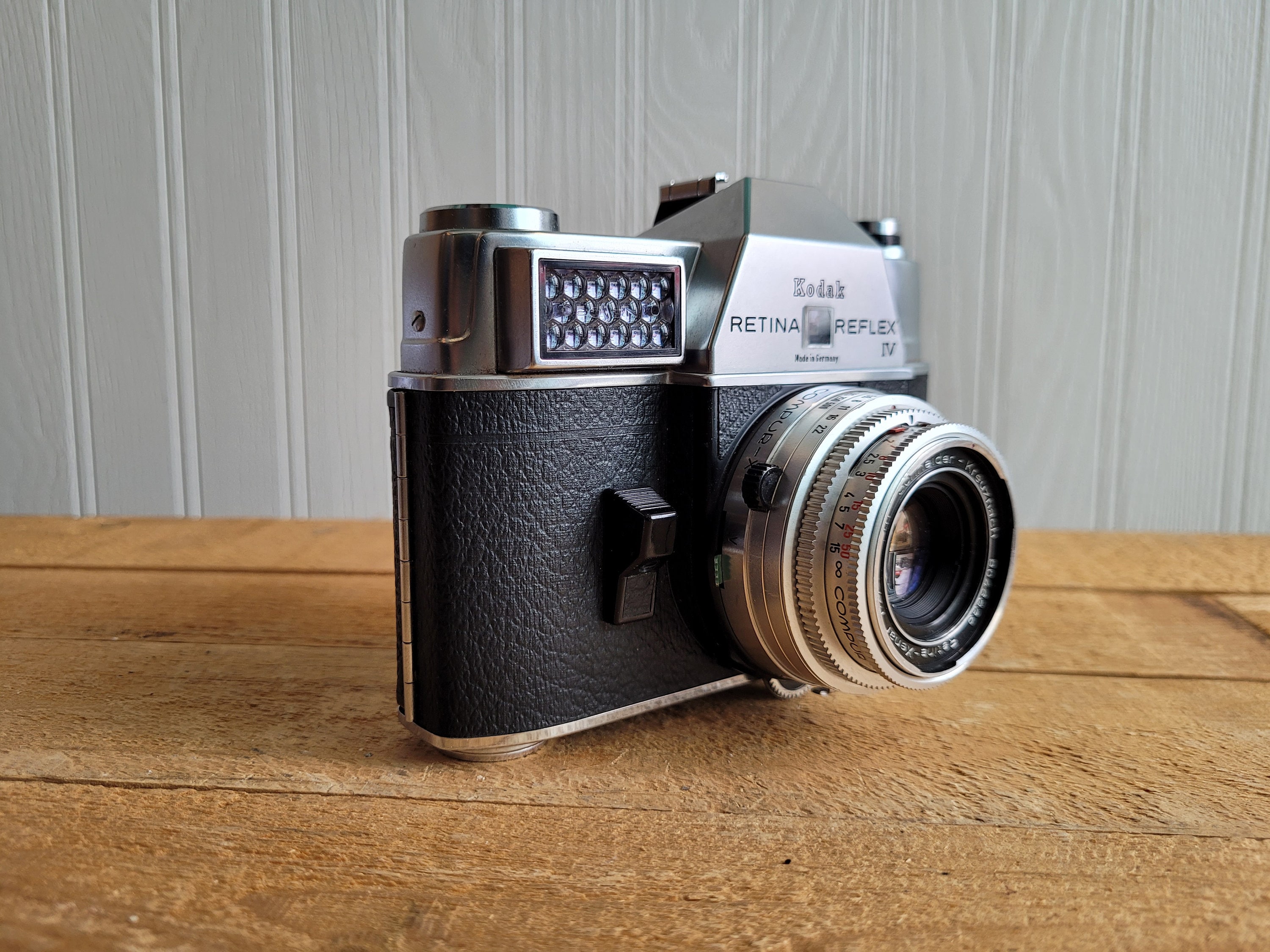 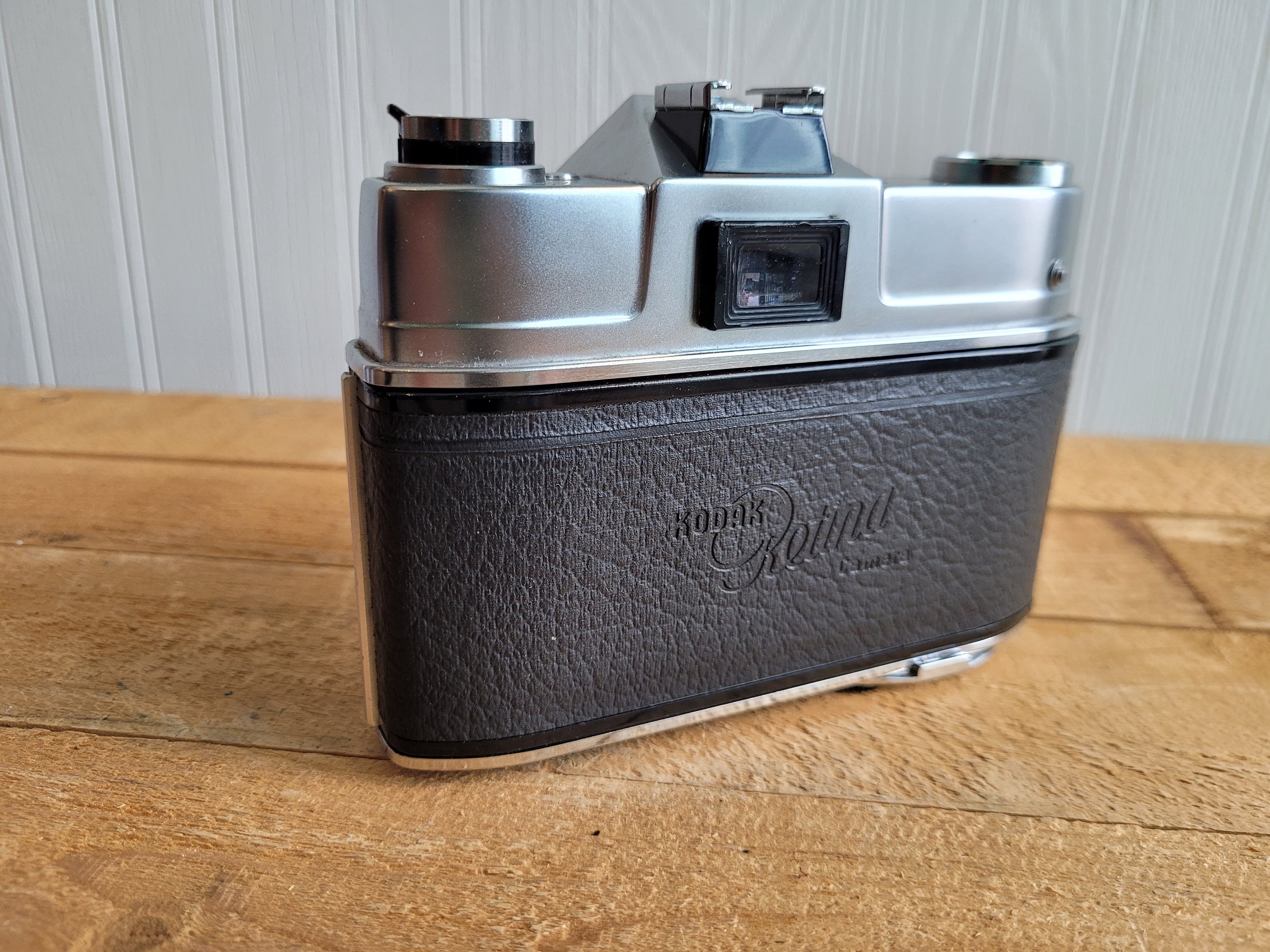 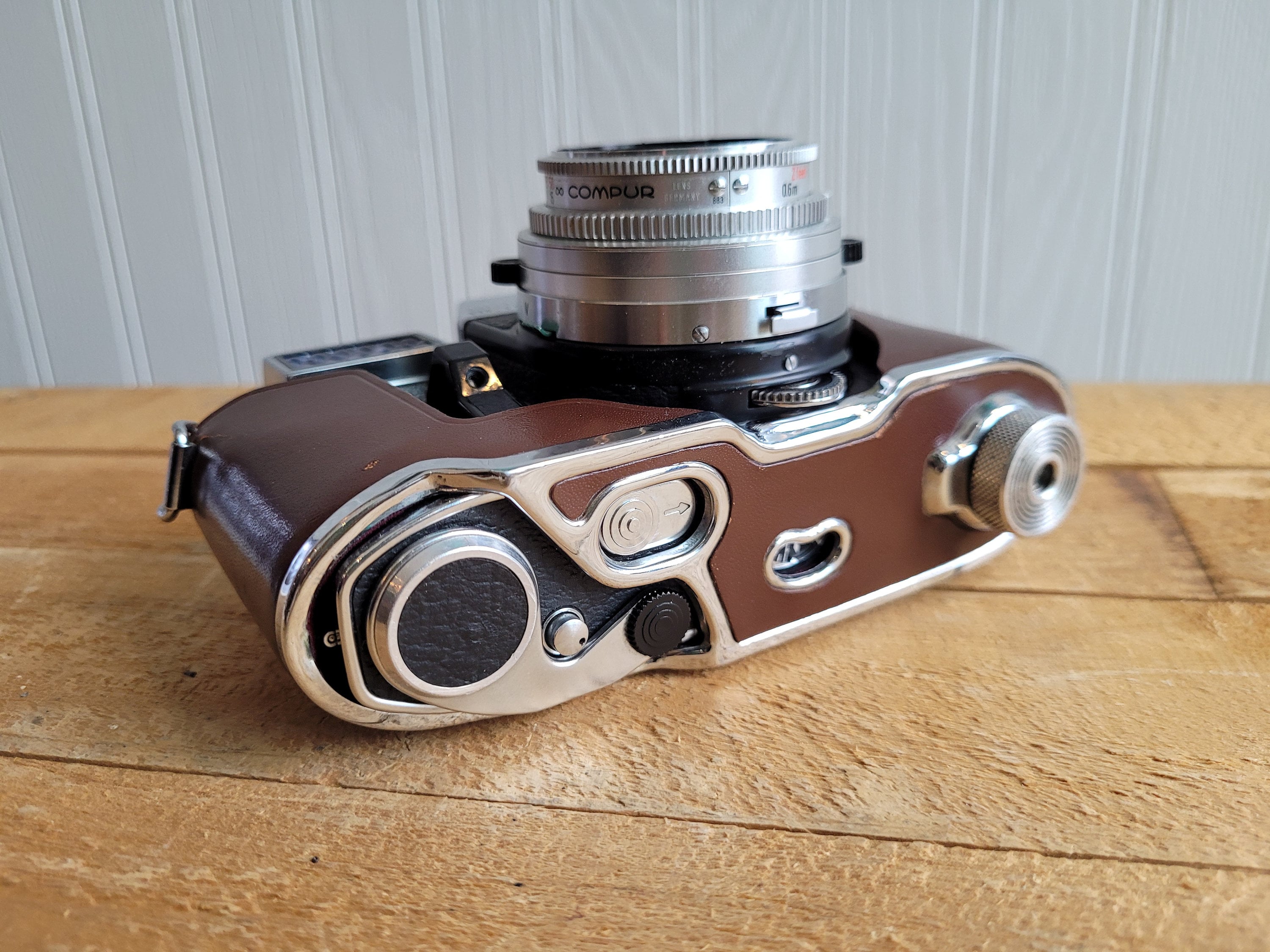 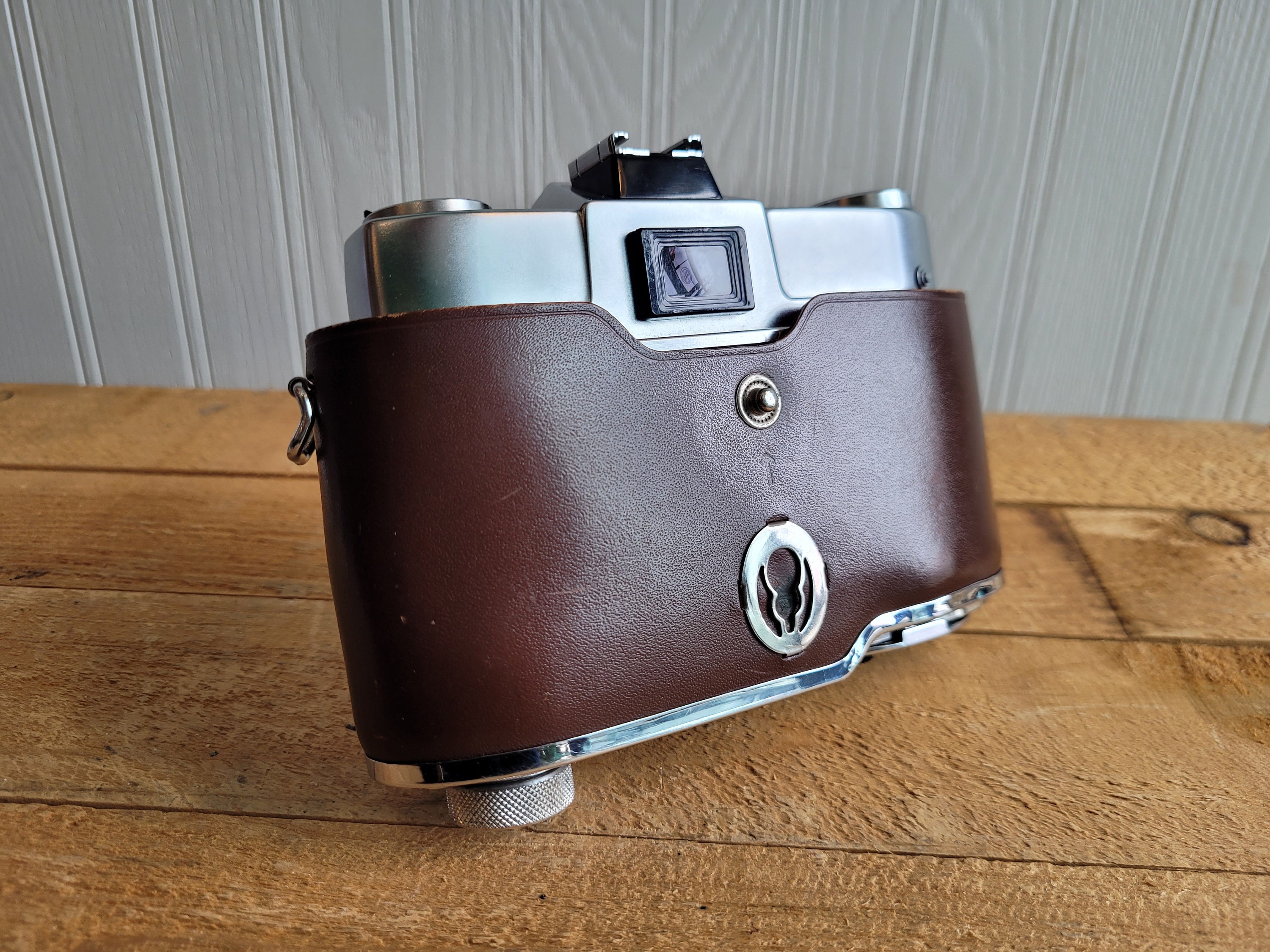 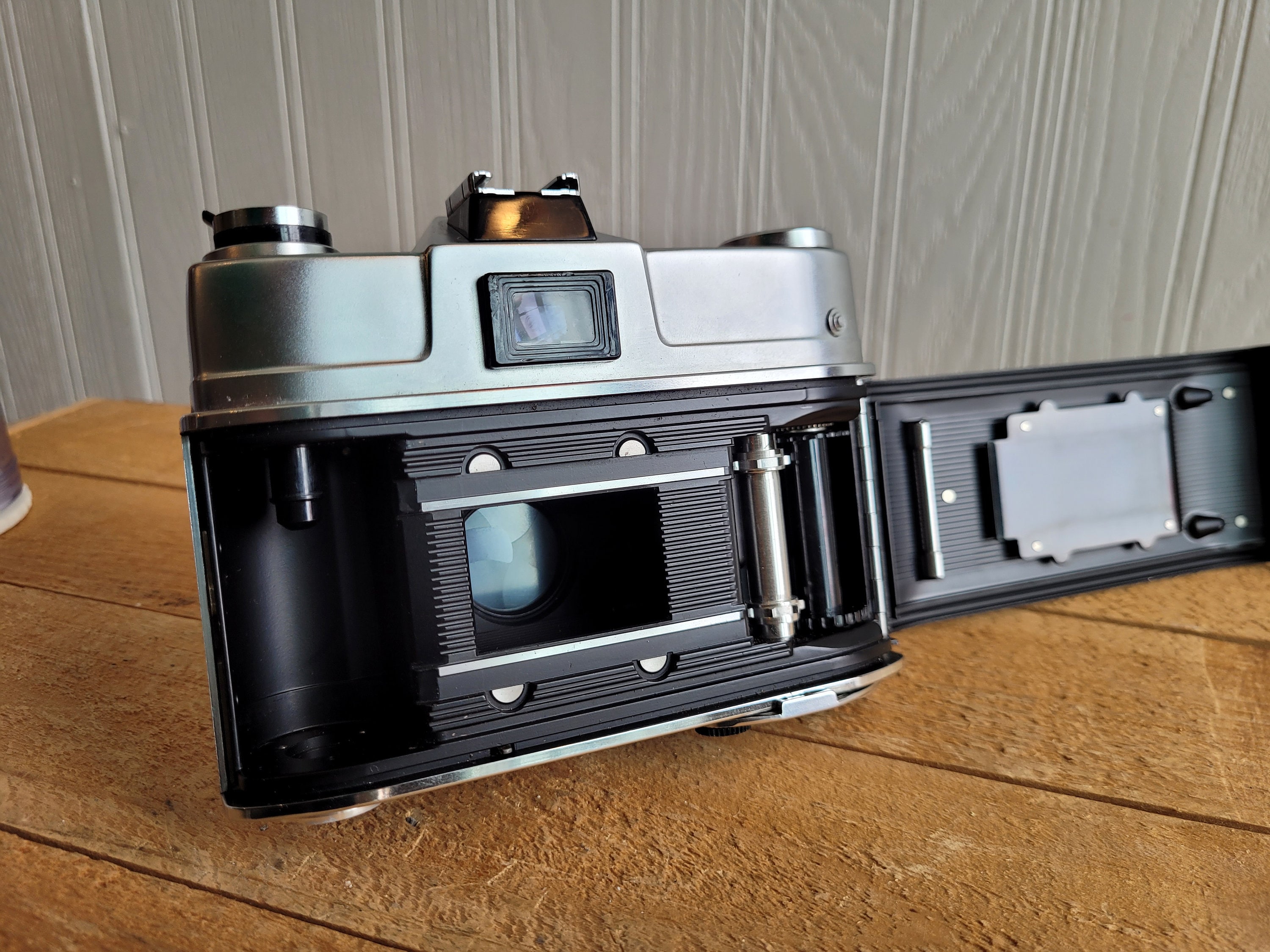 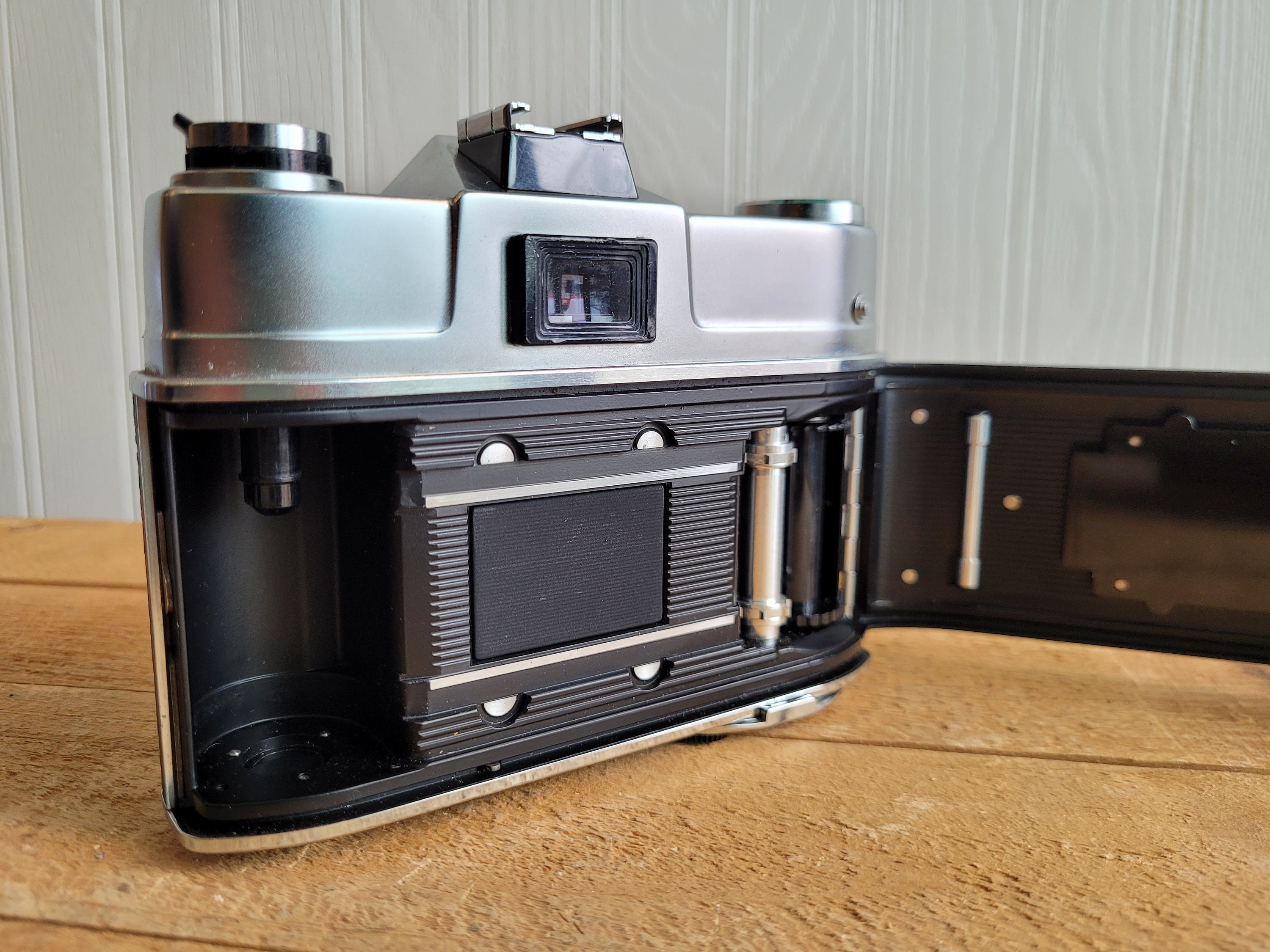 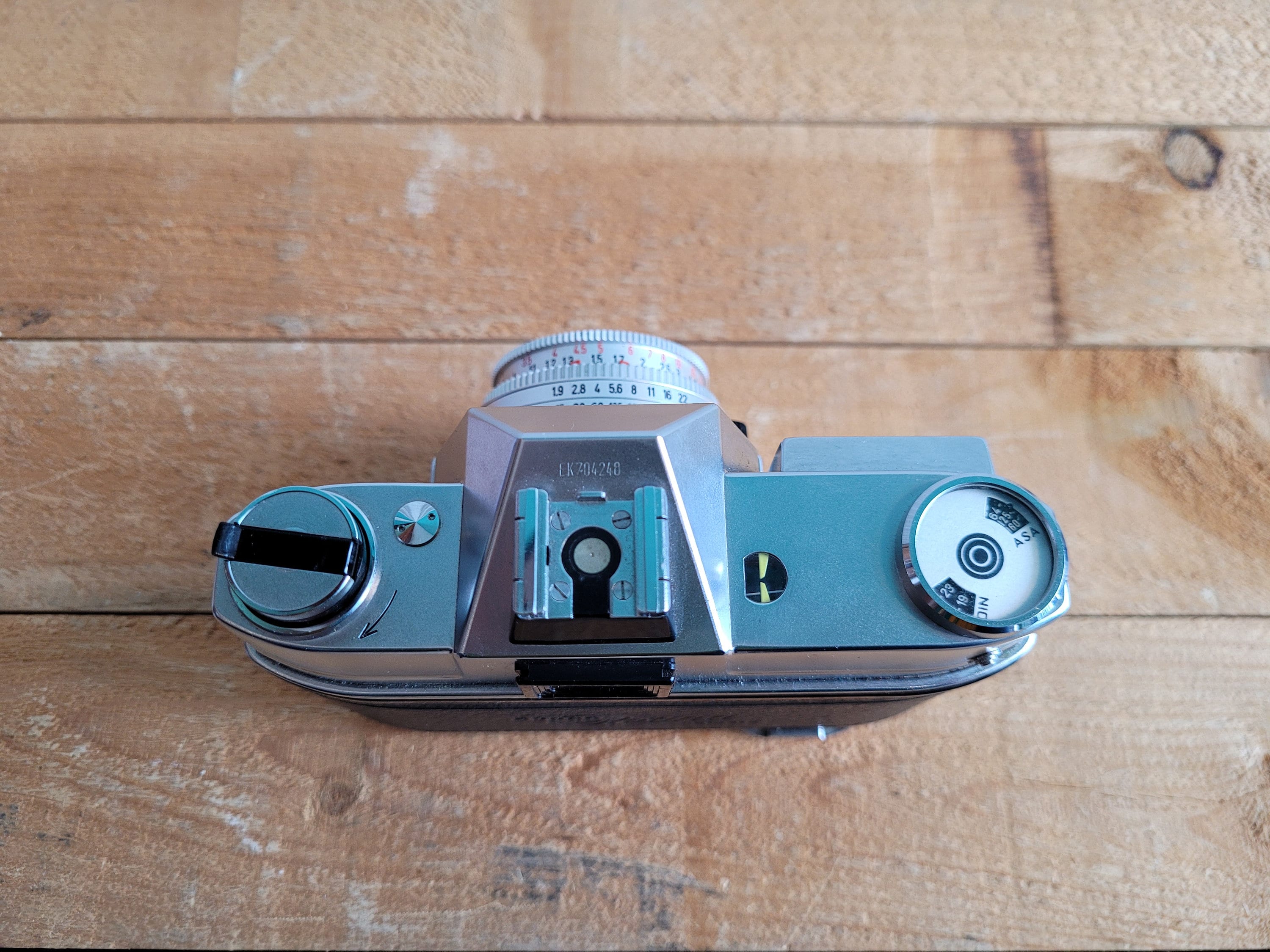 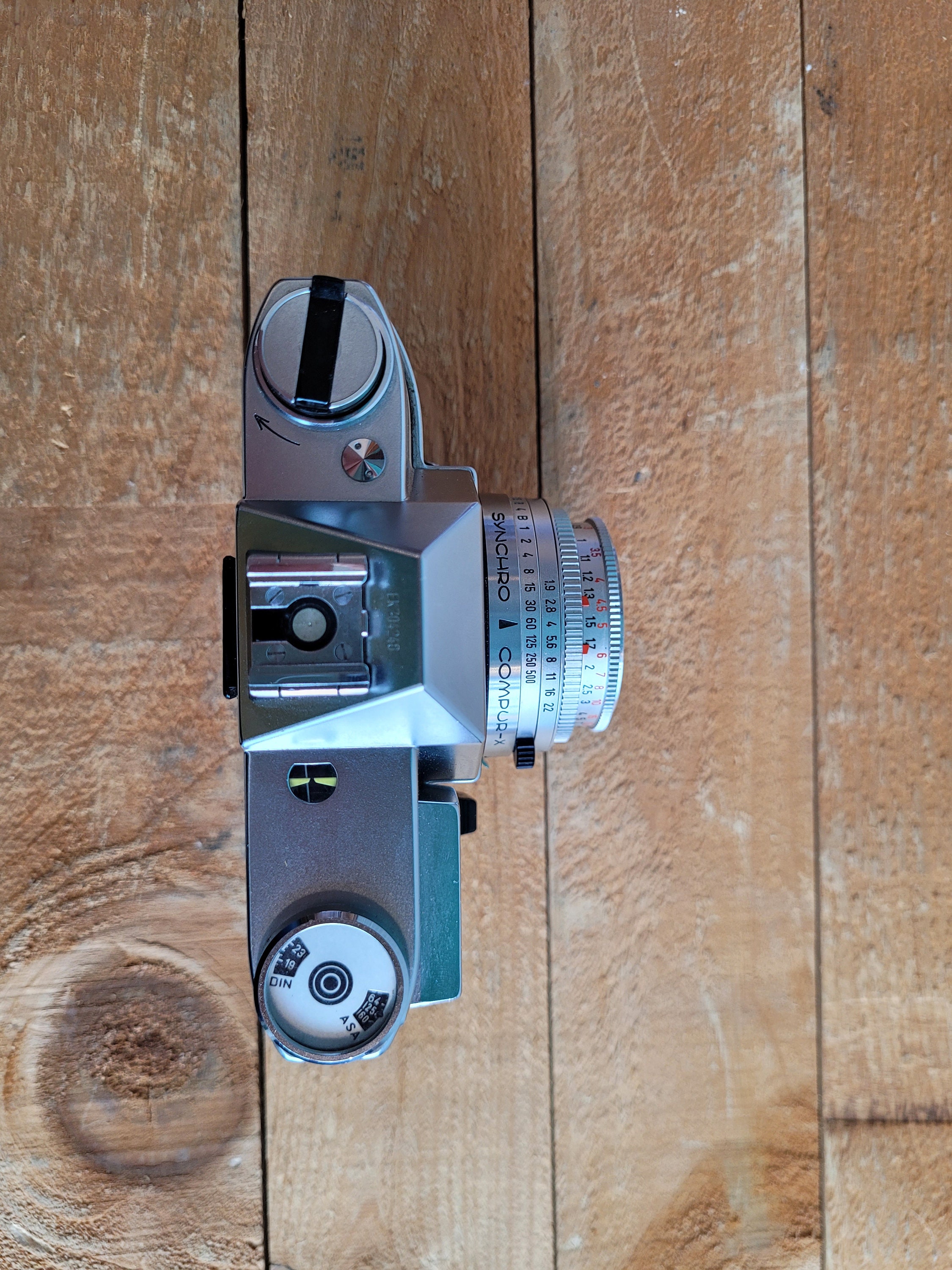 This Kodak Retina Reflex IV 35mm Single Lens Reflex camera was made by Kodak AG in Stuttgart, West Germany between the years 1964 and 1967. The Retina Reflex series was a continuation of the earlier rangefinder Retina, and shared many of the same parts, including the body, lens mount, and leaf shutter and included well built lenses that had excellent optics.

The Retina Reflex IV was not only the last Retina Reflex, it was also the last “true” Retina camera, and the last time Kodak would ever build their own analog SLR.

This camera is in excellent condition and is in like new condition cosmetically and functions perfectly with fast leaf shutter and responsive selenium exposure meter.

Camera body comes with bottom half of case only as well as three lenses: Retina-Xenar 50mm f2.8, Retina-Curtagon 35mm f2.8 with dented filter ring, Retina-Tele-Xenar 135mm f4. One lens is mounted on the camera and the 35mm and 135mm lenses come with their original protective bubbles. Also comes with a roll of our premium expired Fuji Superia 100iso colour film