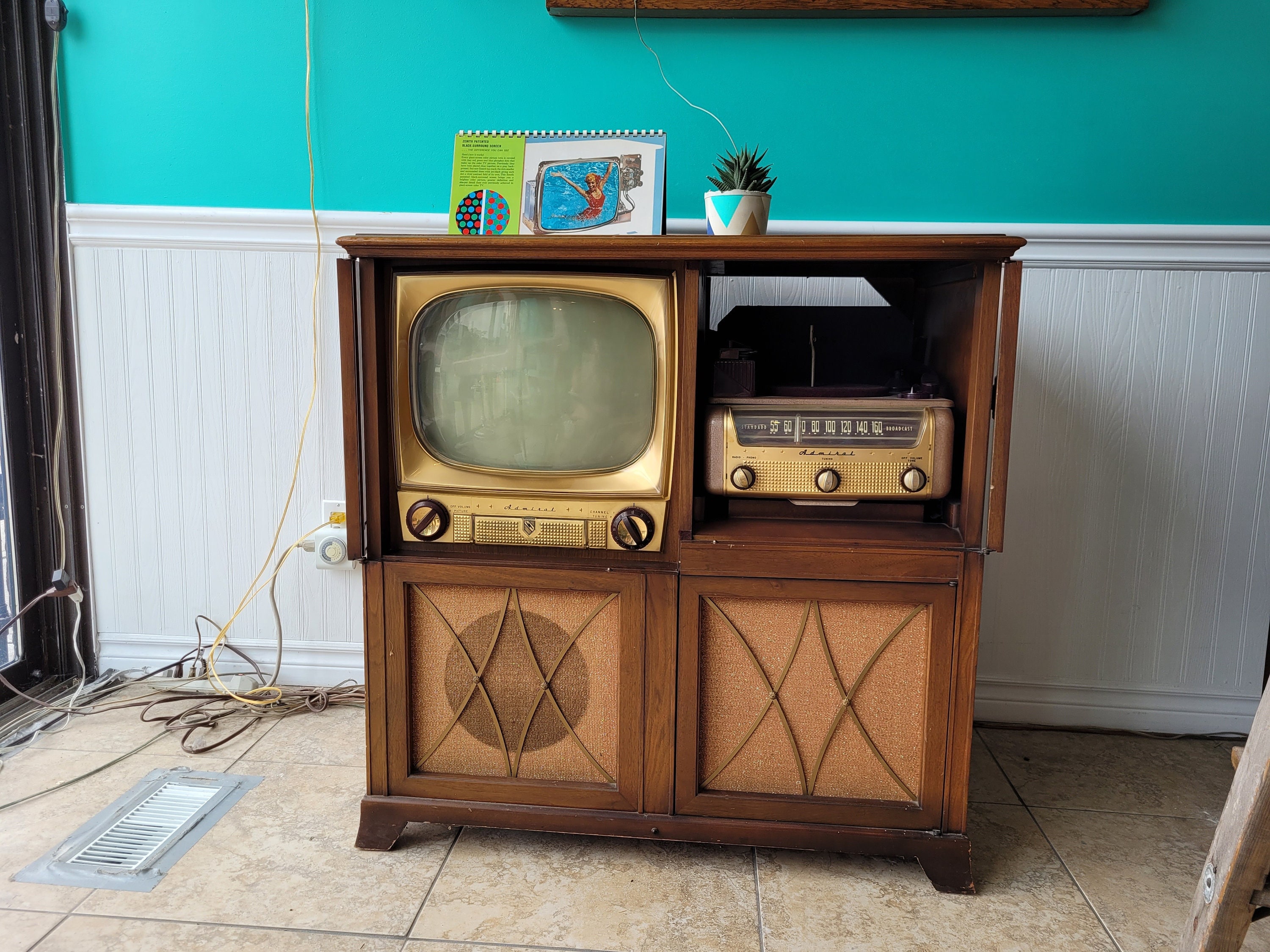 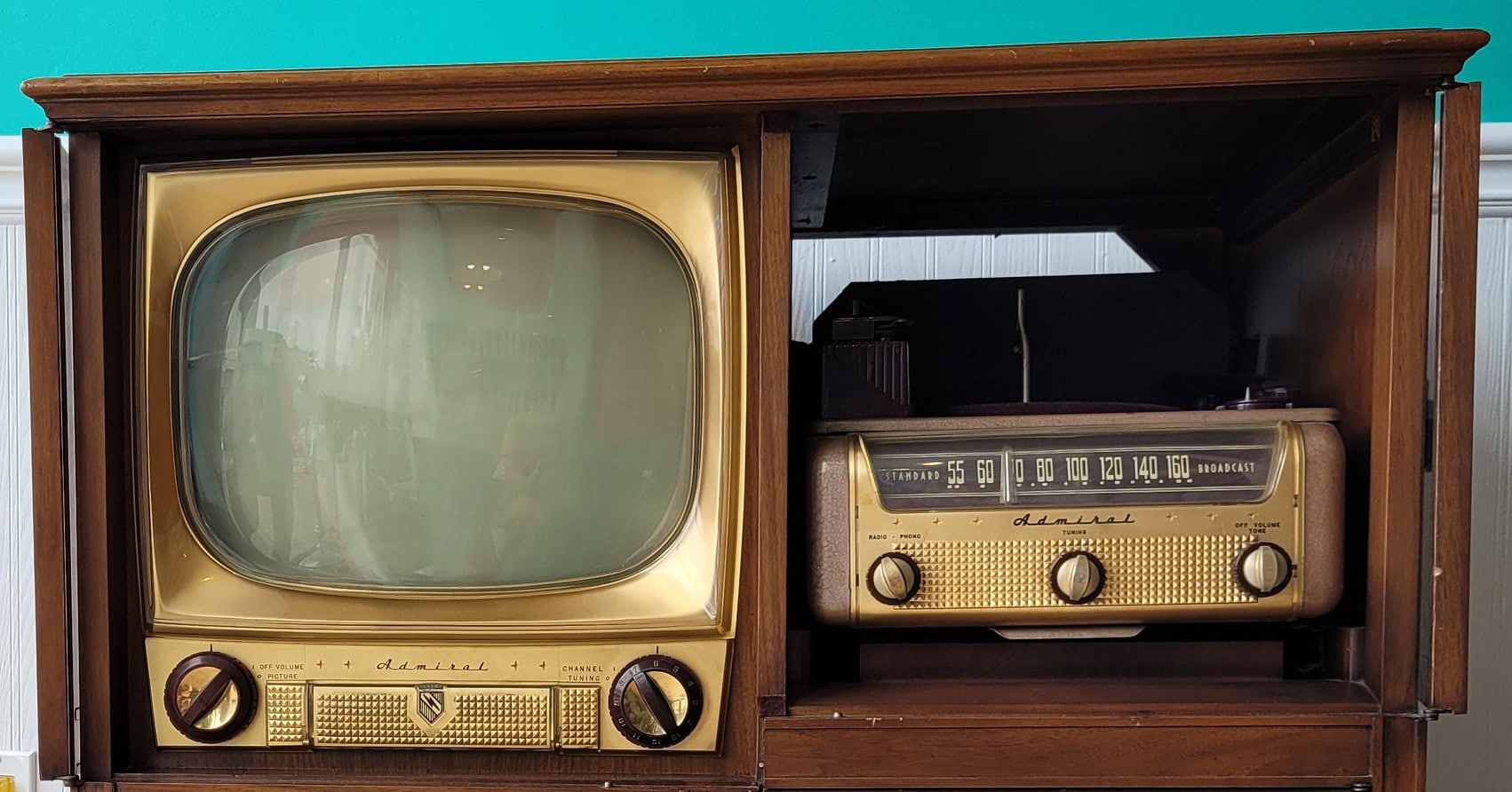 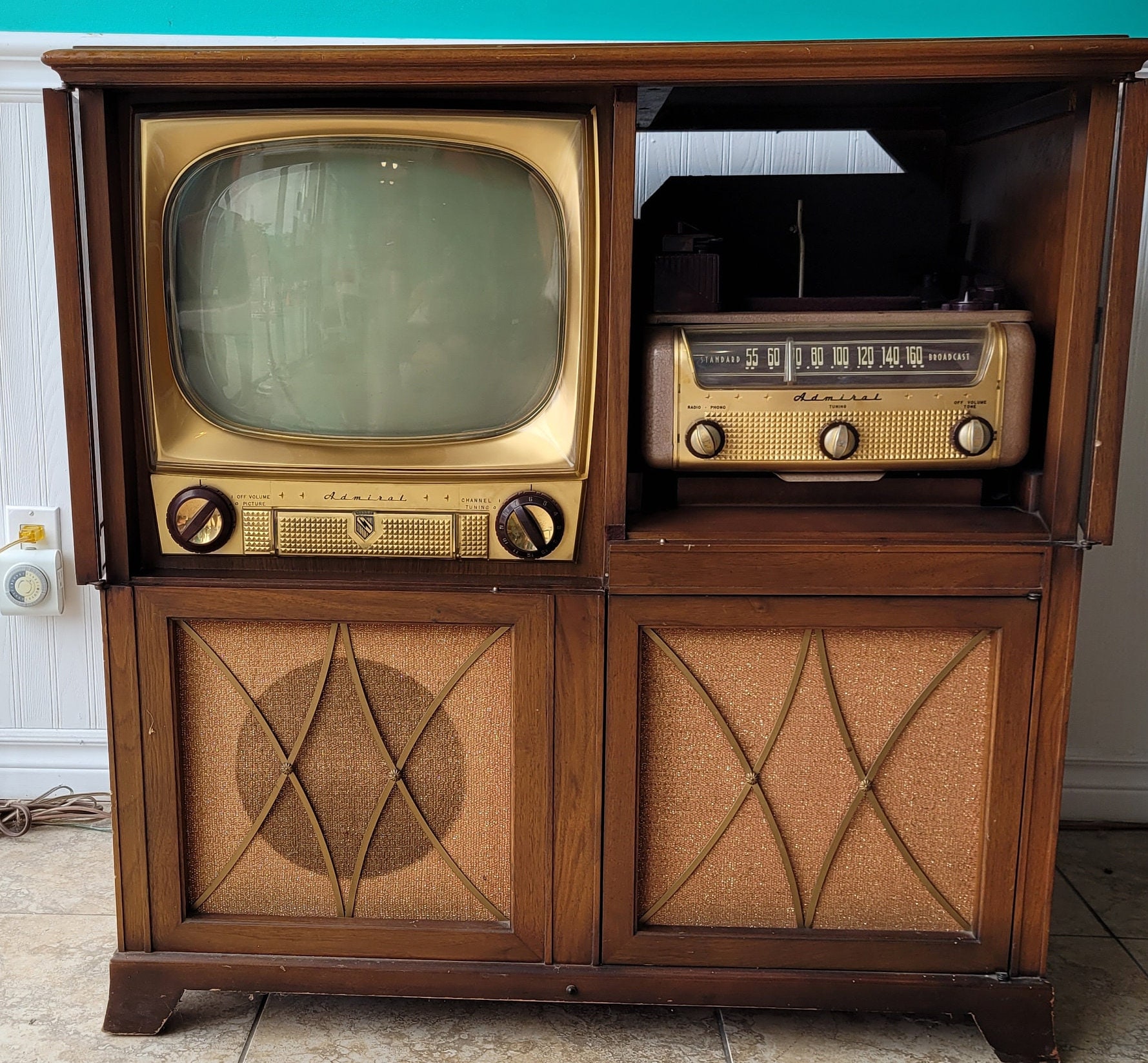 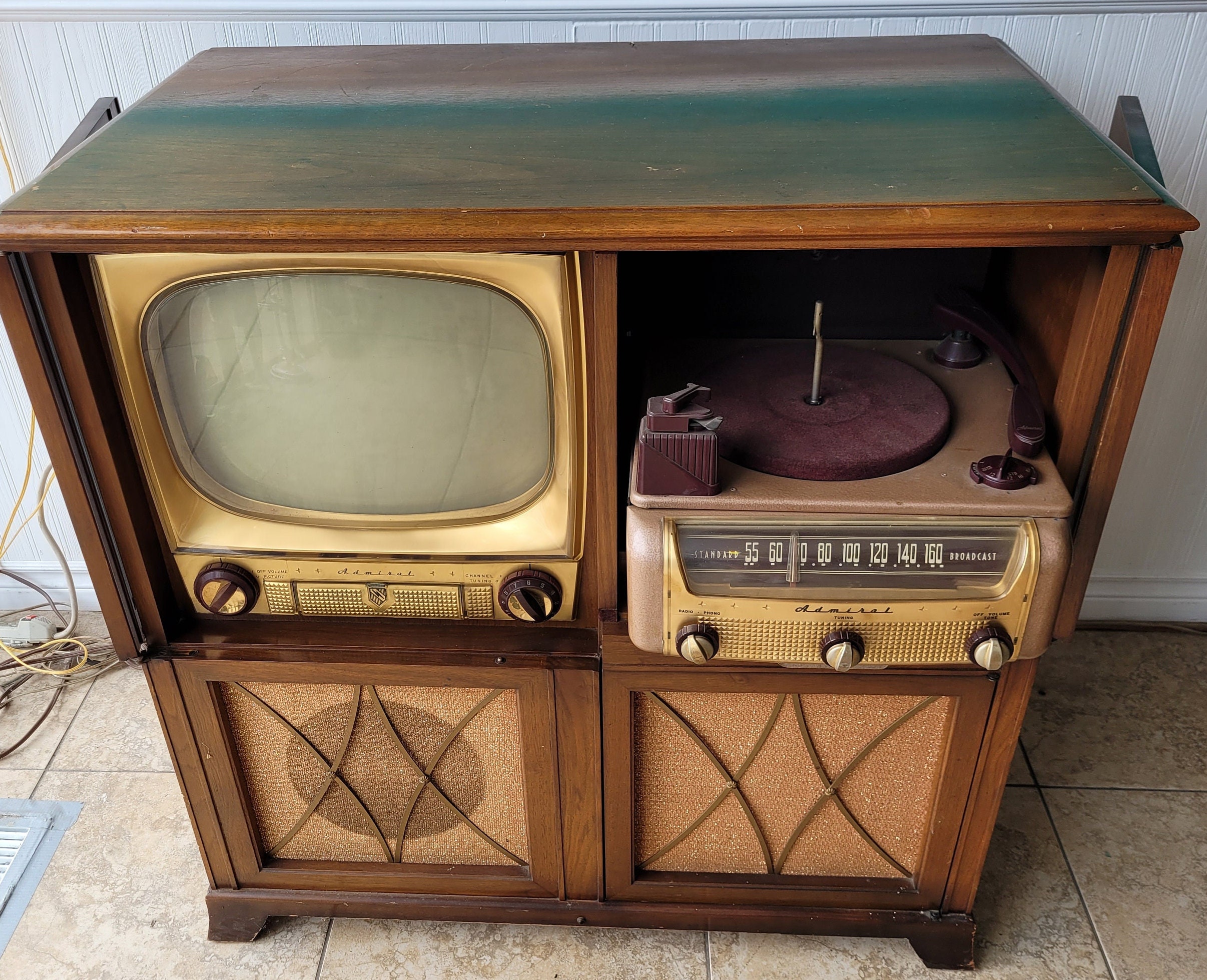 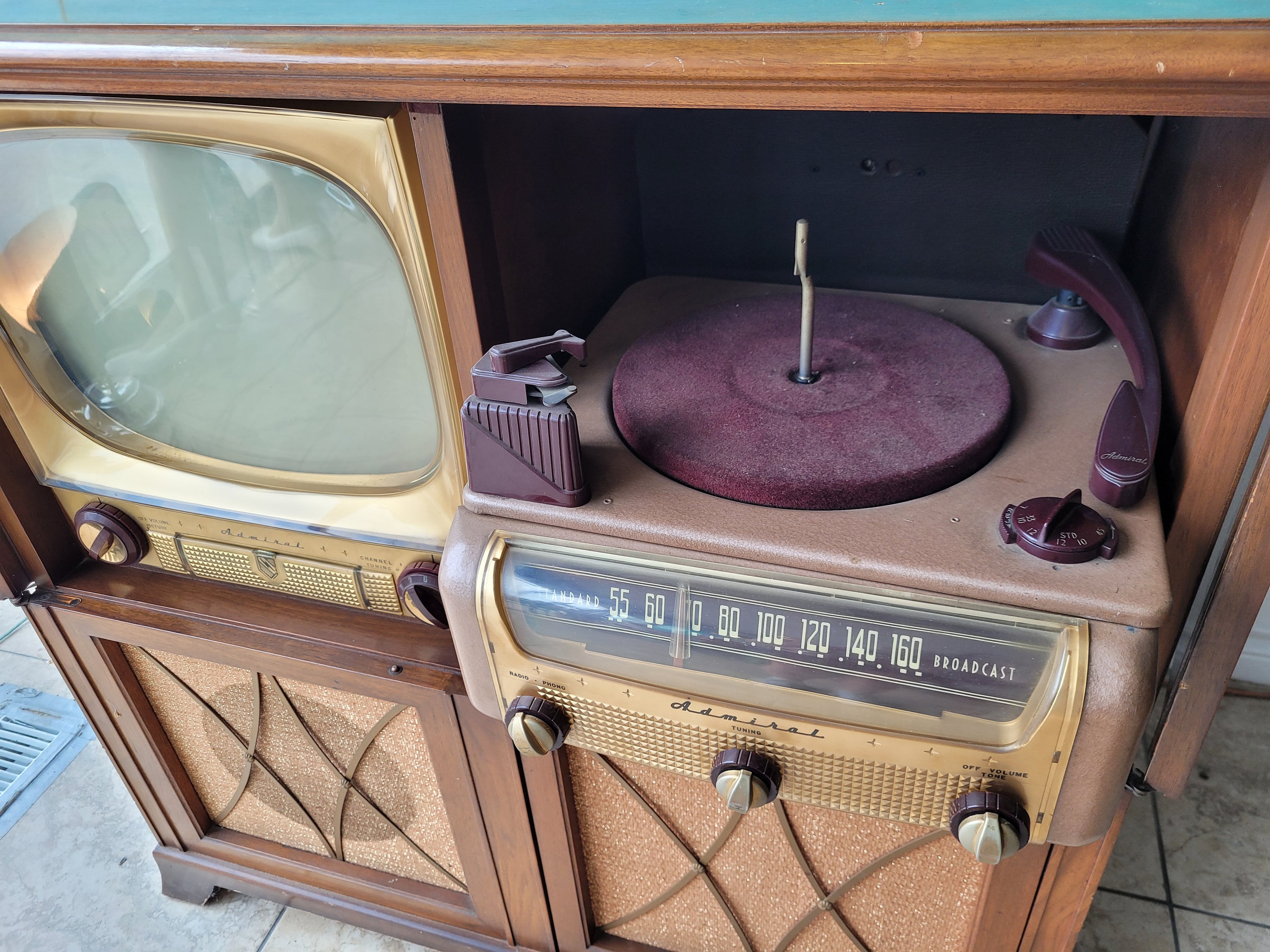 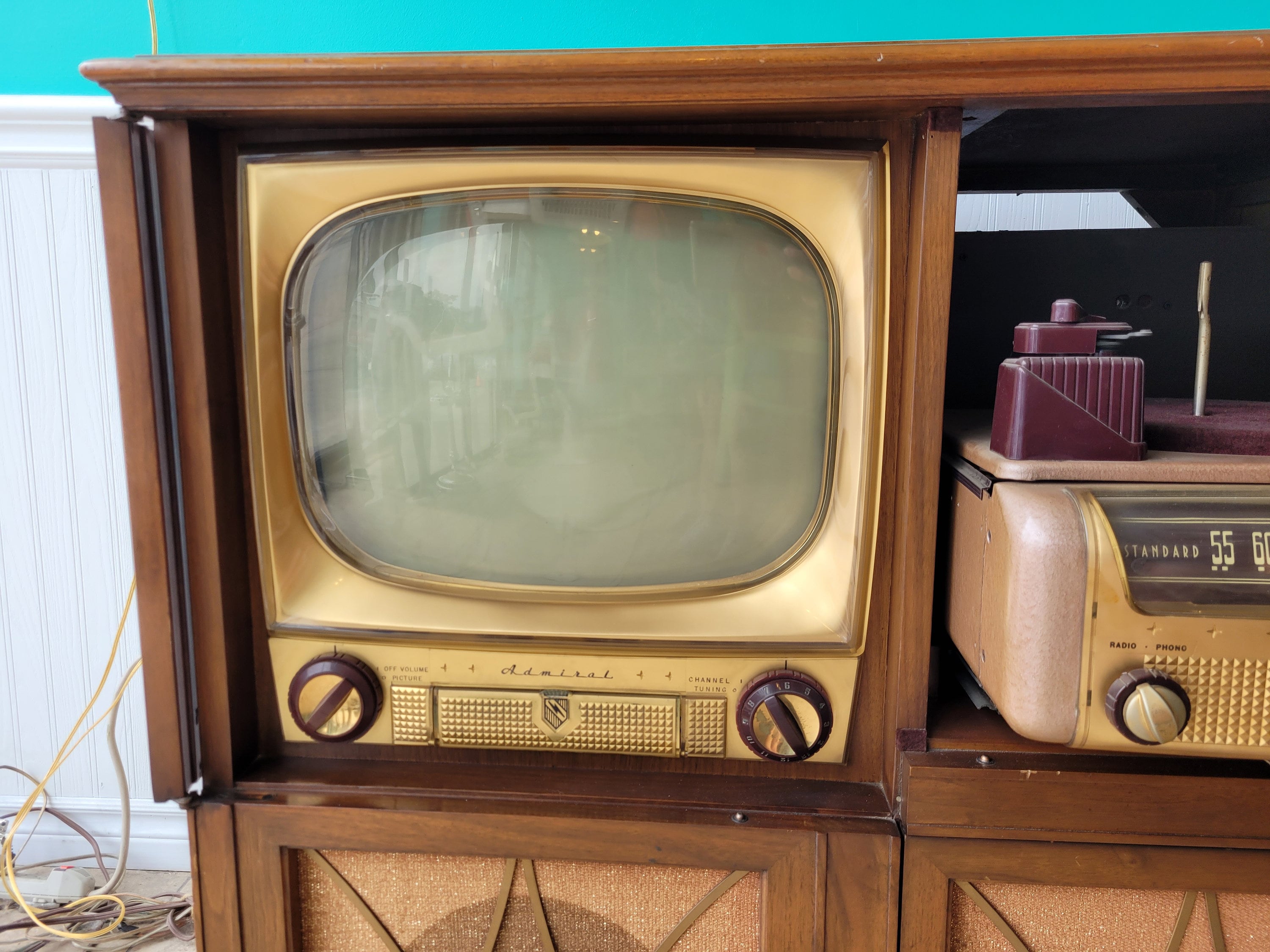 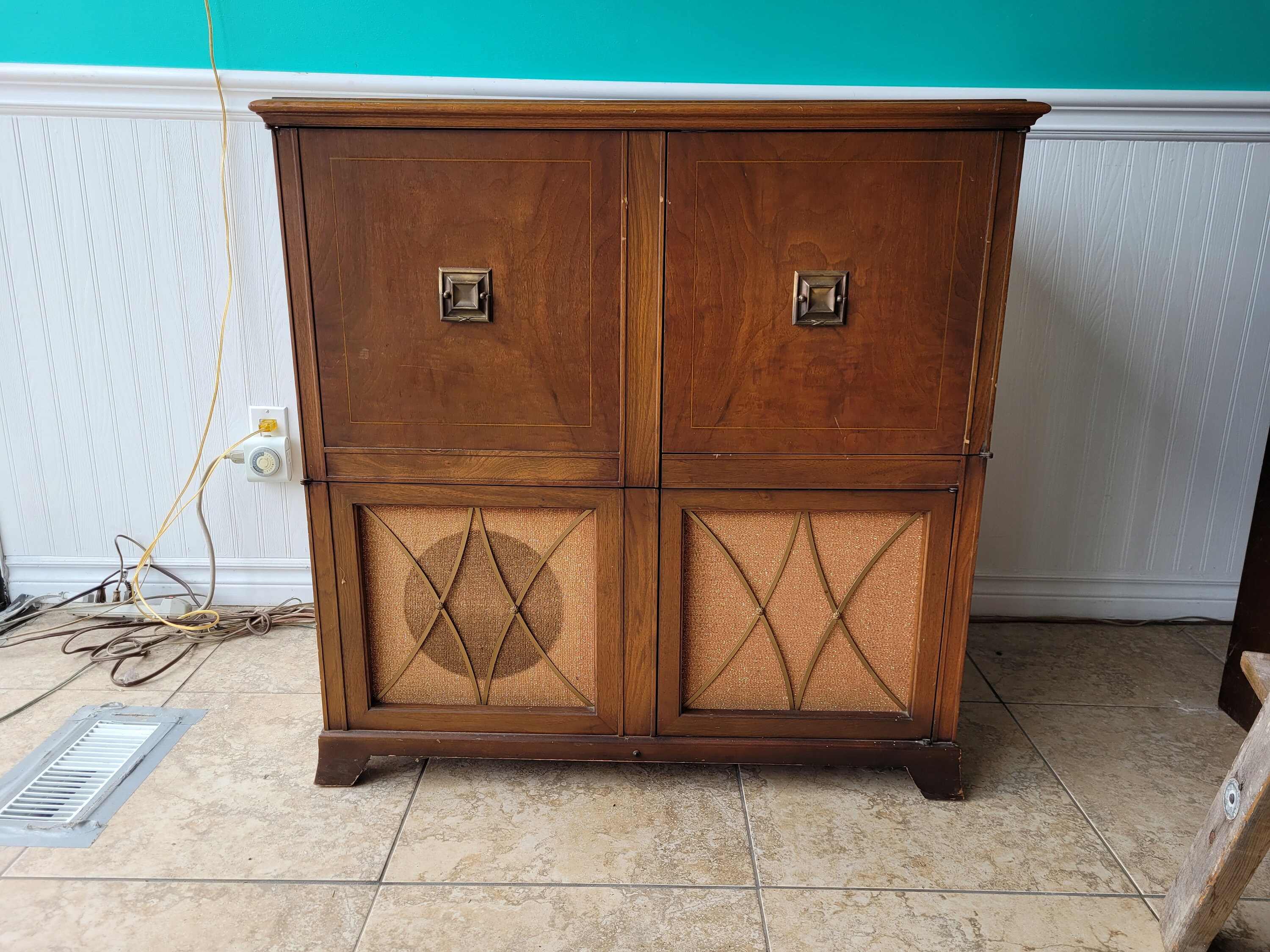 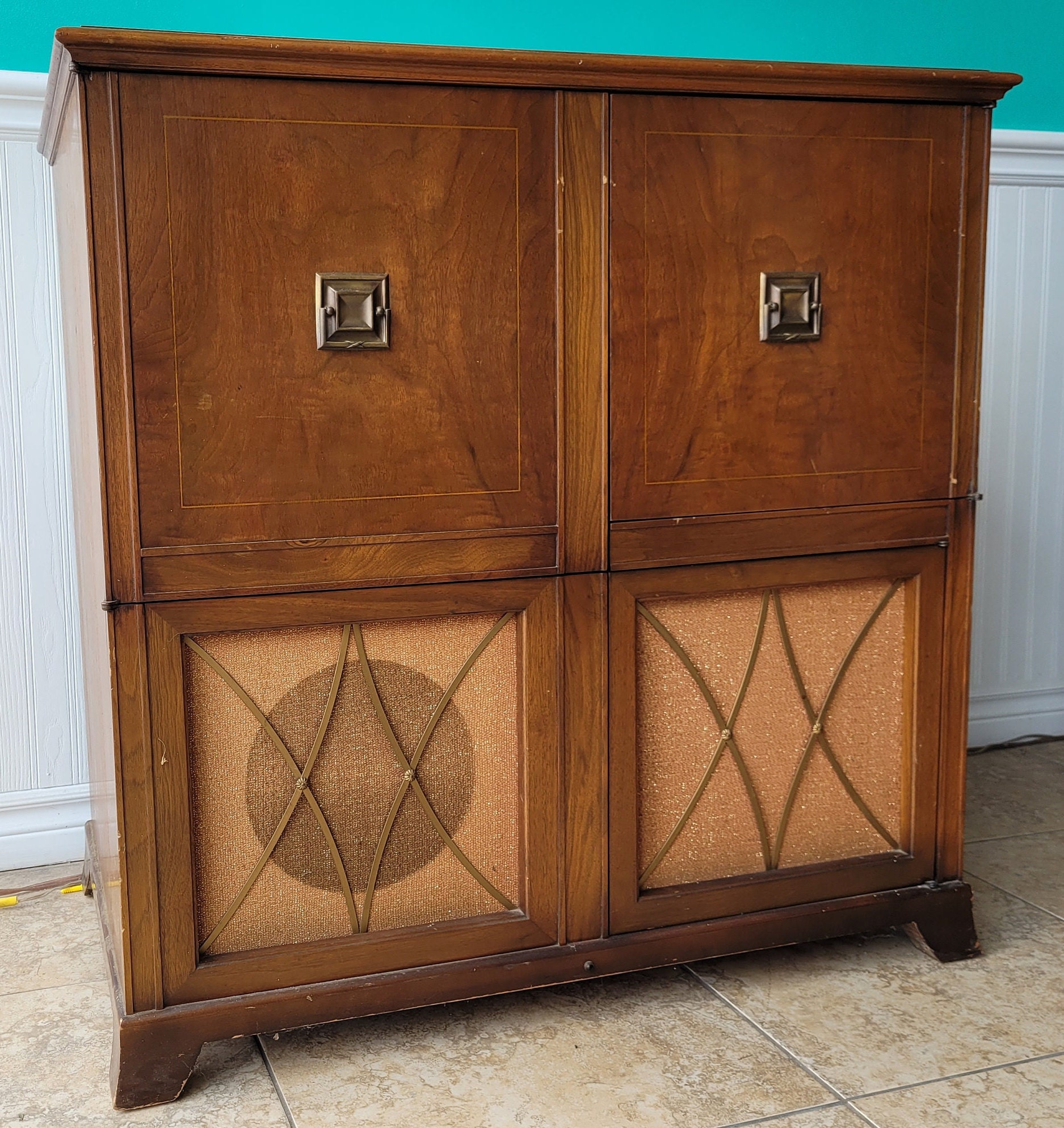 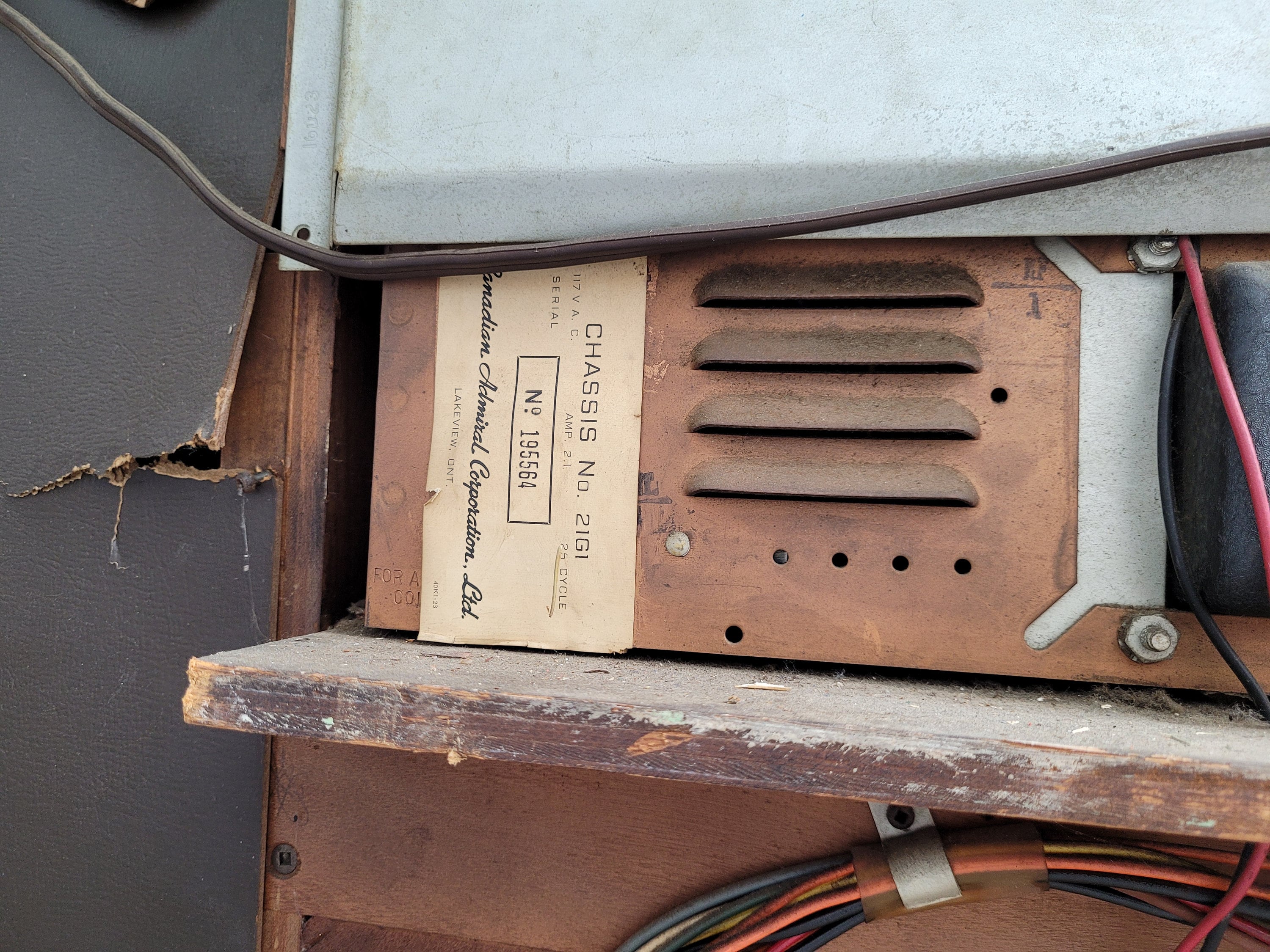 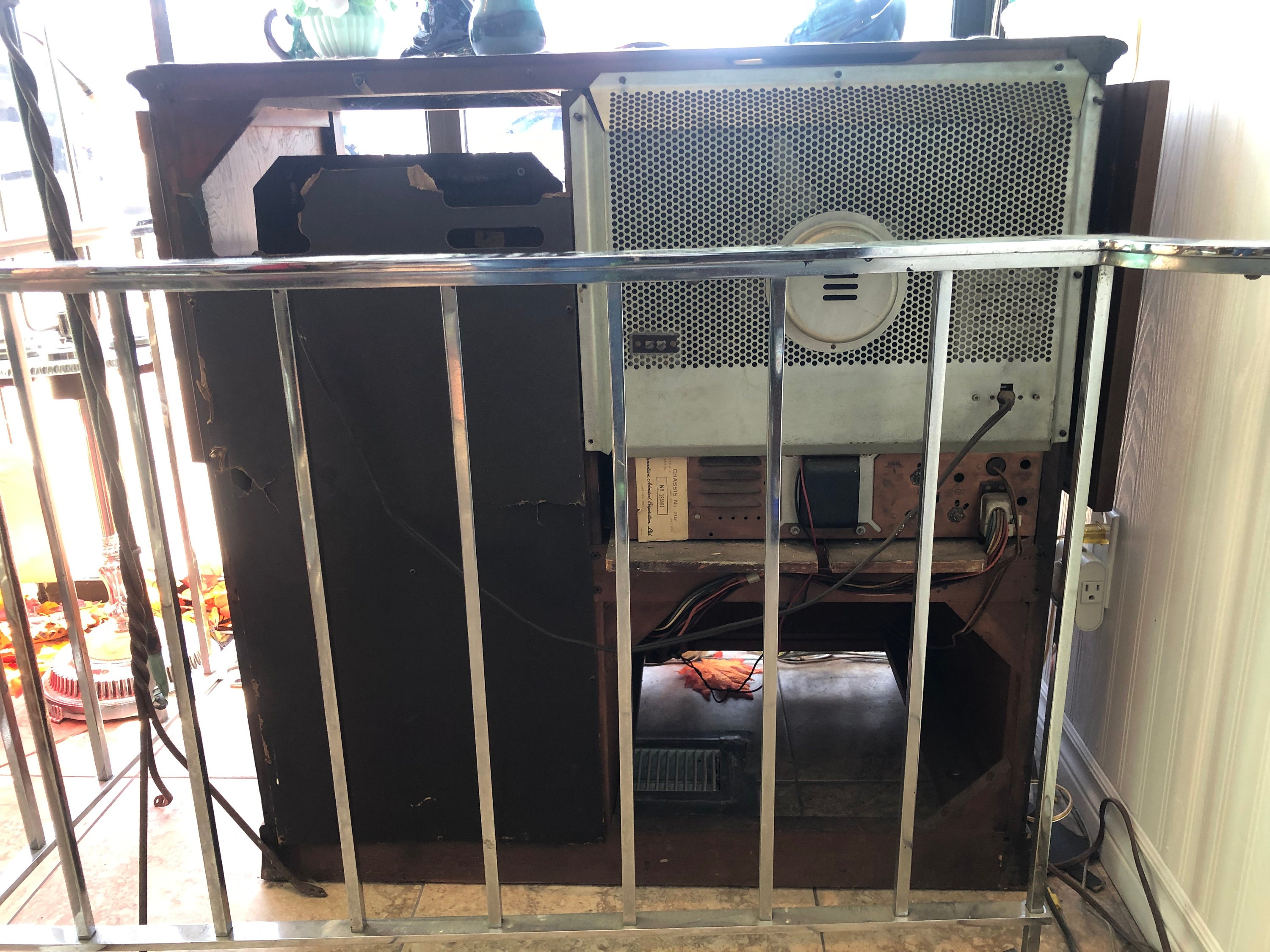 Here is a beautiful 1950's NON-WORKING floor model television and stereo combo from Admiral.
This would have been a staple in the 1950's house for décor and entertainment.
It is in quite nice condition cosmetically for it's age. Structurally it is solid. It isn't working, when plugged in nothing happens at all.

Admiral is the brand of Continental Radio & Television Corporation, 3800W. Cortland Street, Chicago, Illinois, USA bzw. Admiral Corporation at the same address is the marketing company for the maker.
A pioneering TV brand, it became one of the top three in sales and was one of the first to produce color sets. In 1951, Admiral sold five million television sets, but then came a downturn. Disputes simmered over the regulatory framework for color television, and a new excise tax left manufacturers with huge inventories.
Because of quality problems and the growing competition from Japan the plants of the company had to be closed in 1979. The main losses resulted from TV sets.