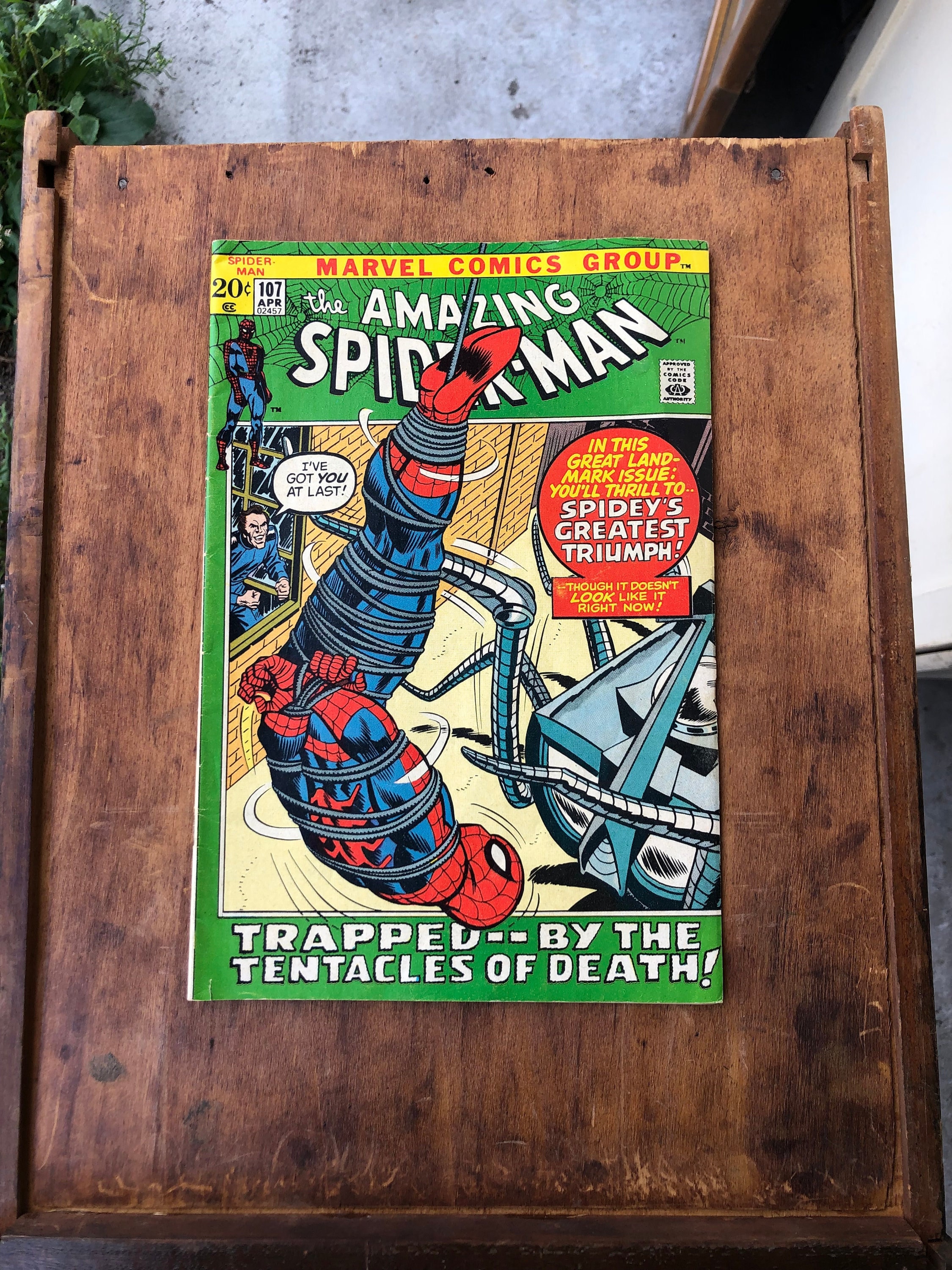 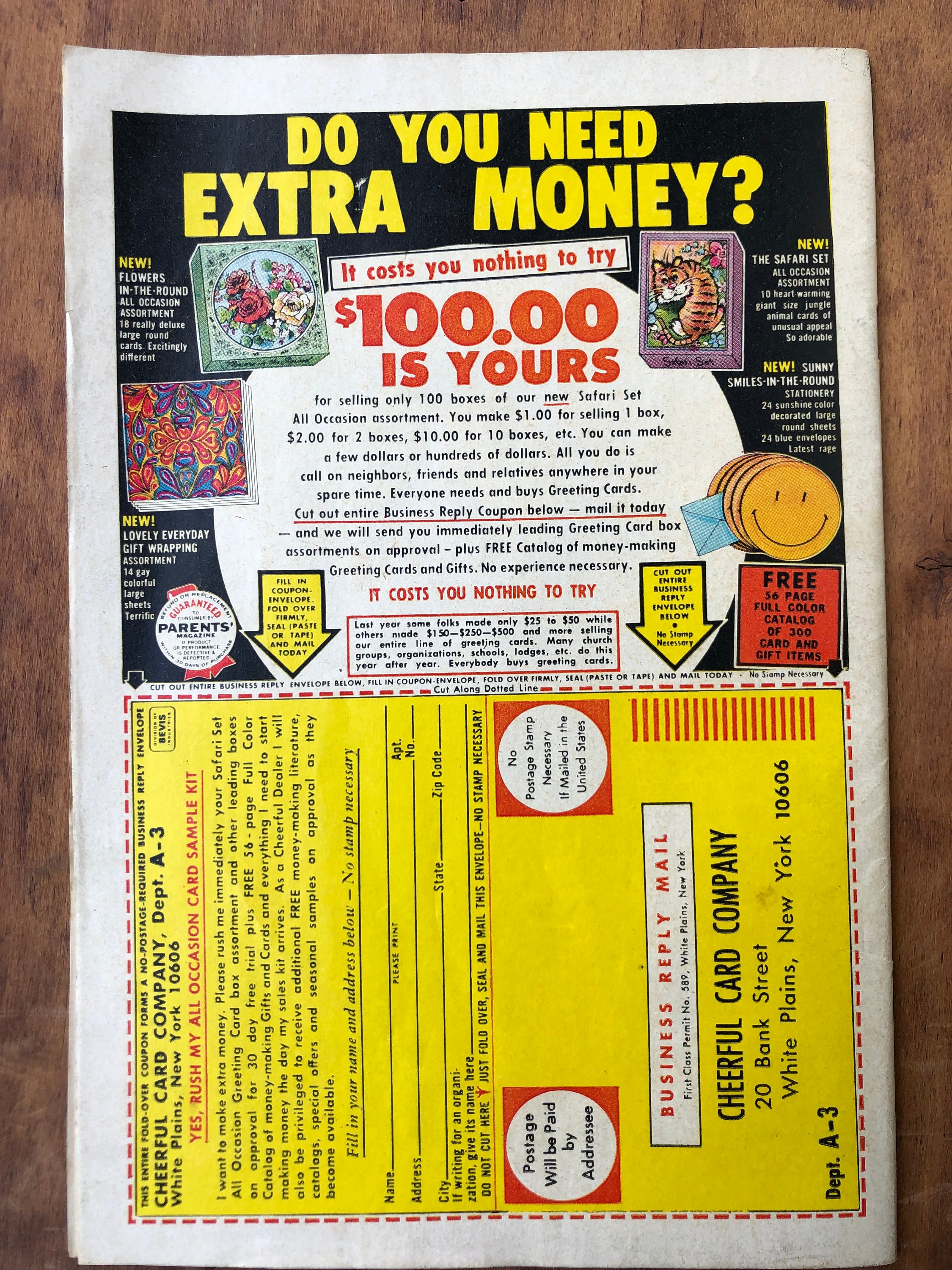 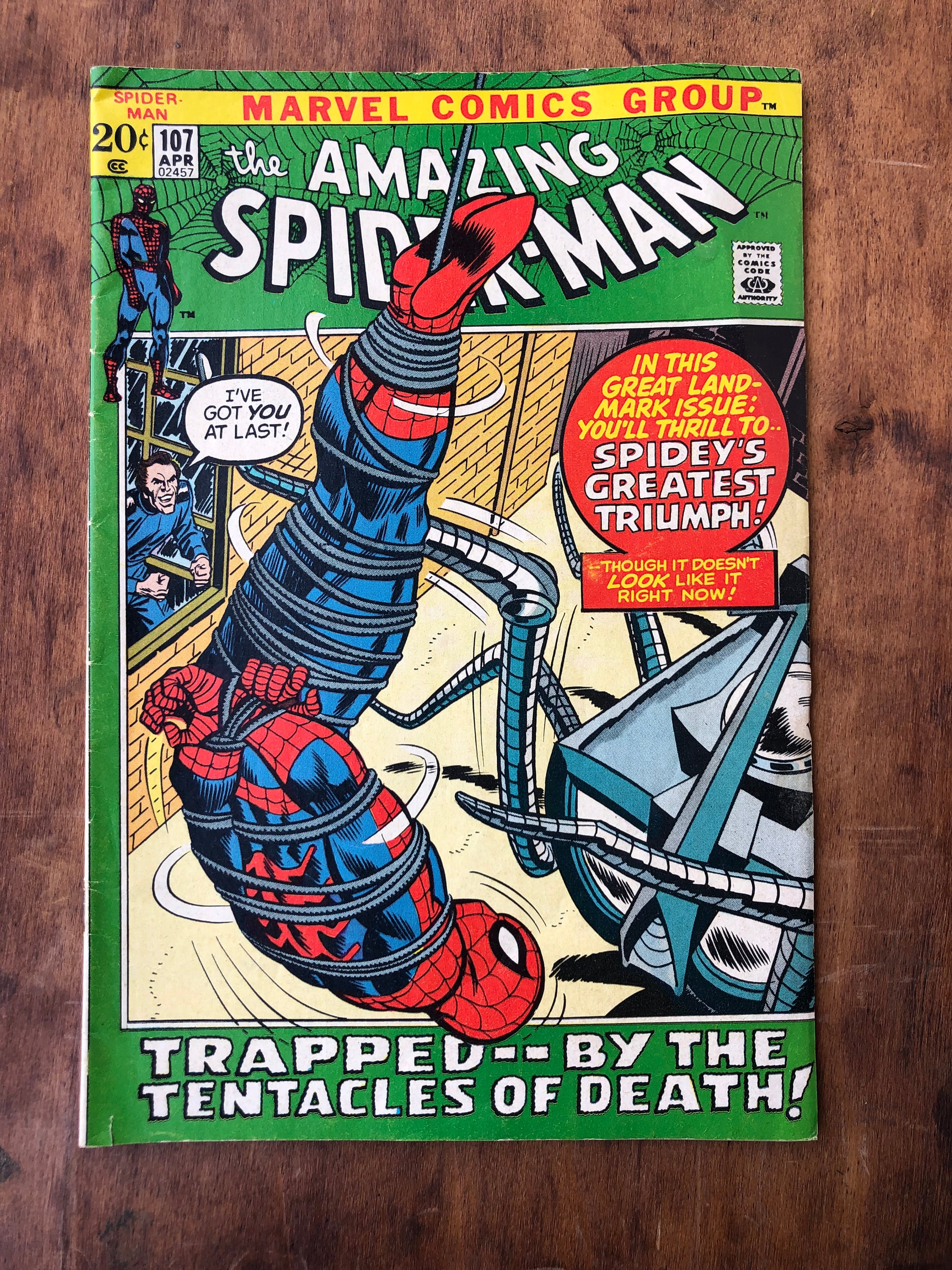 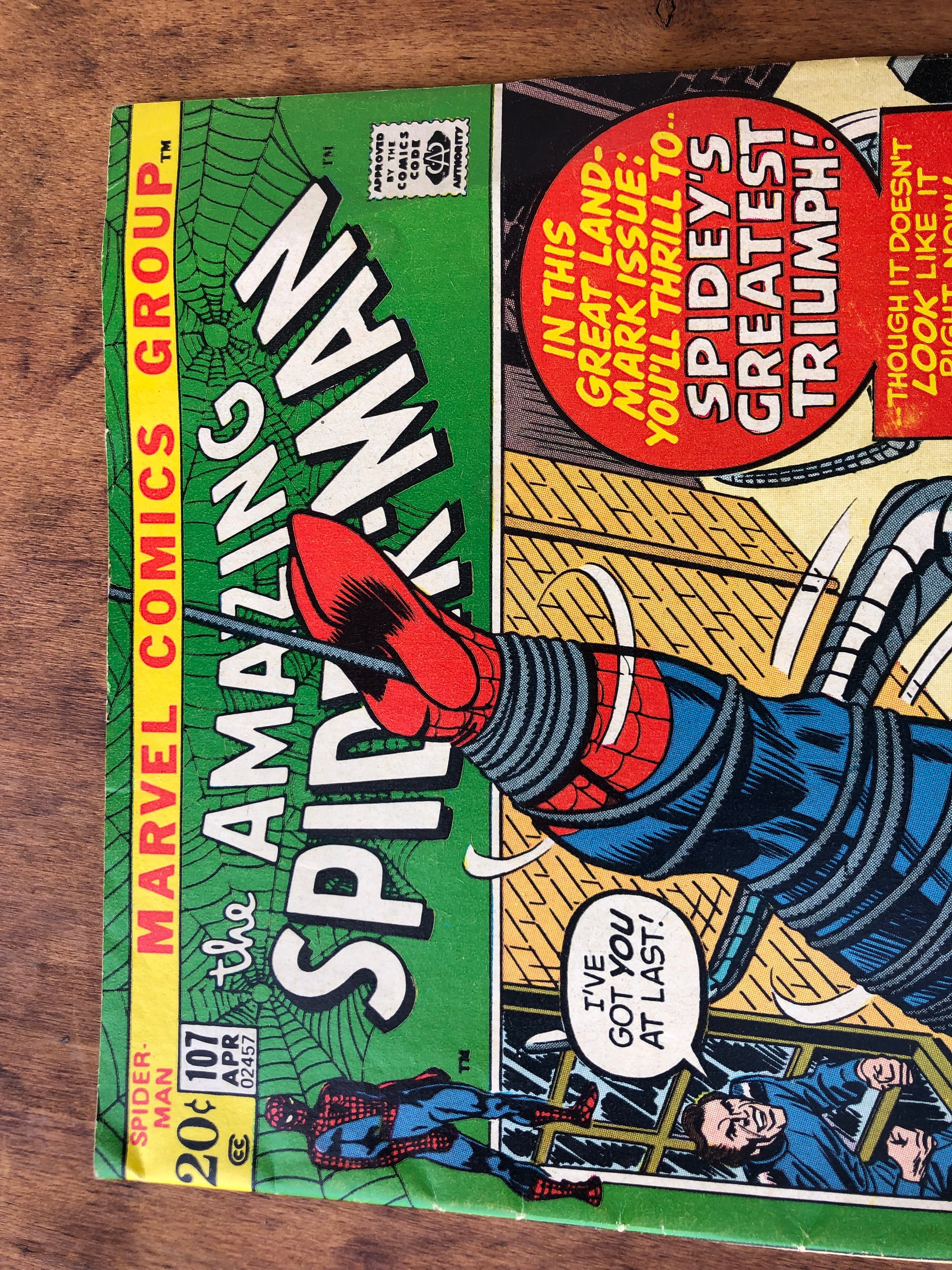 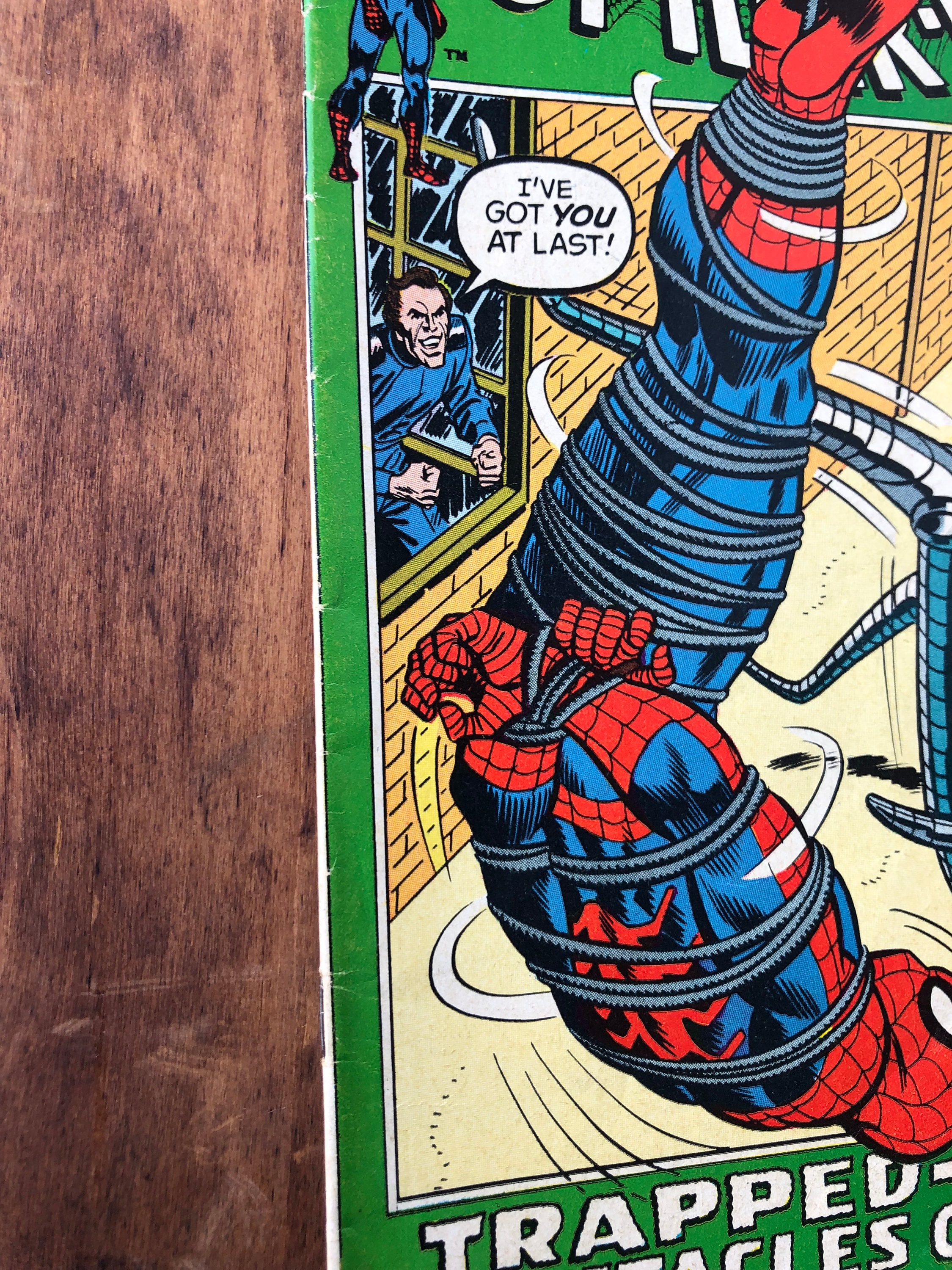 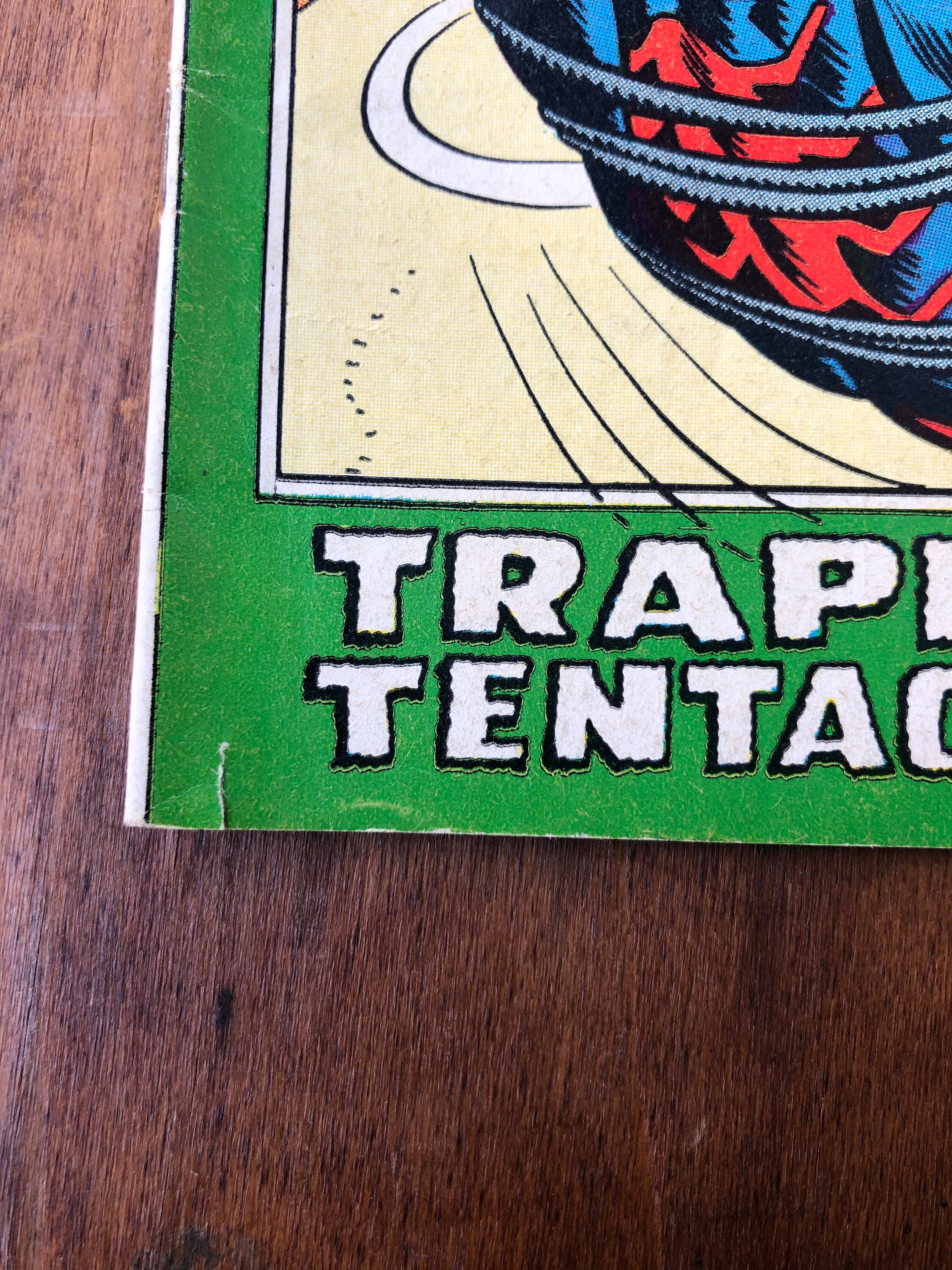 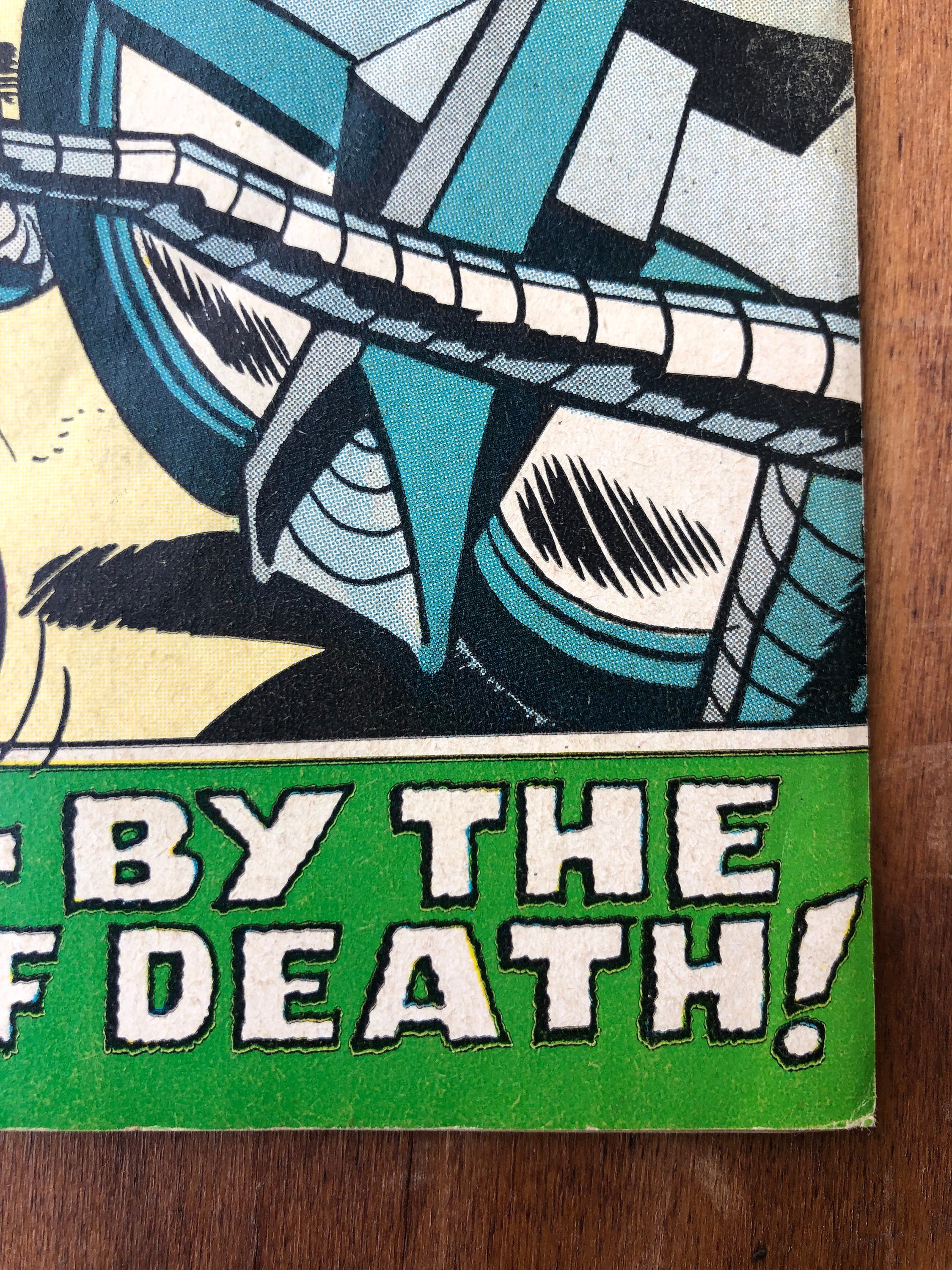 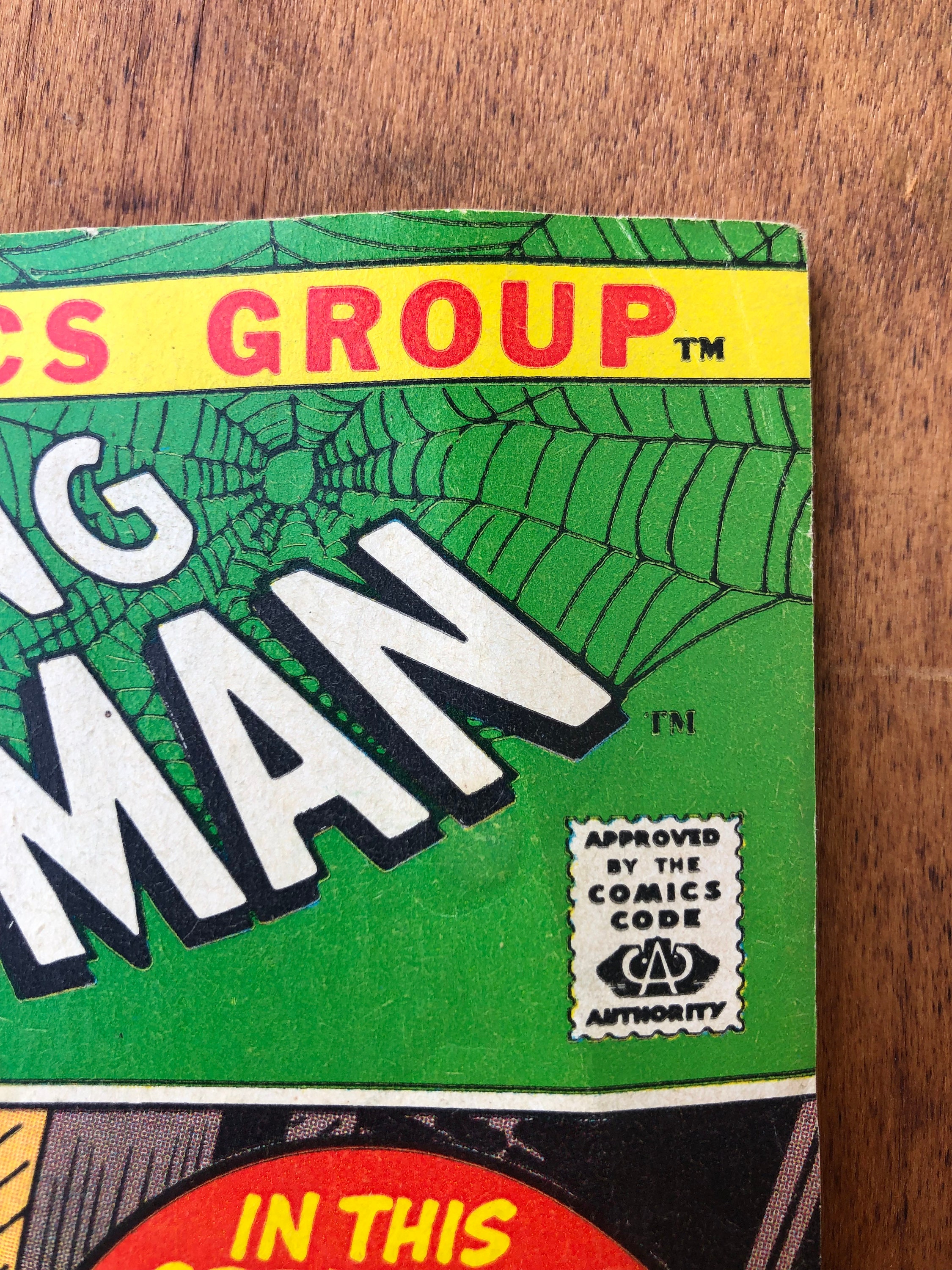 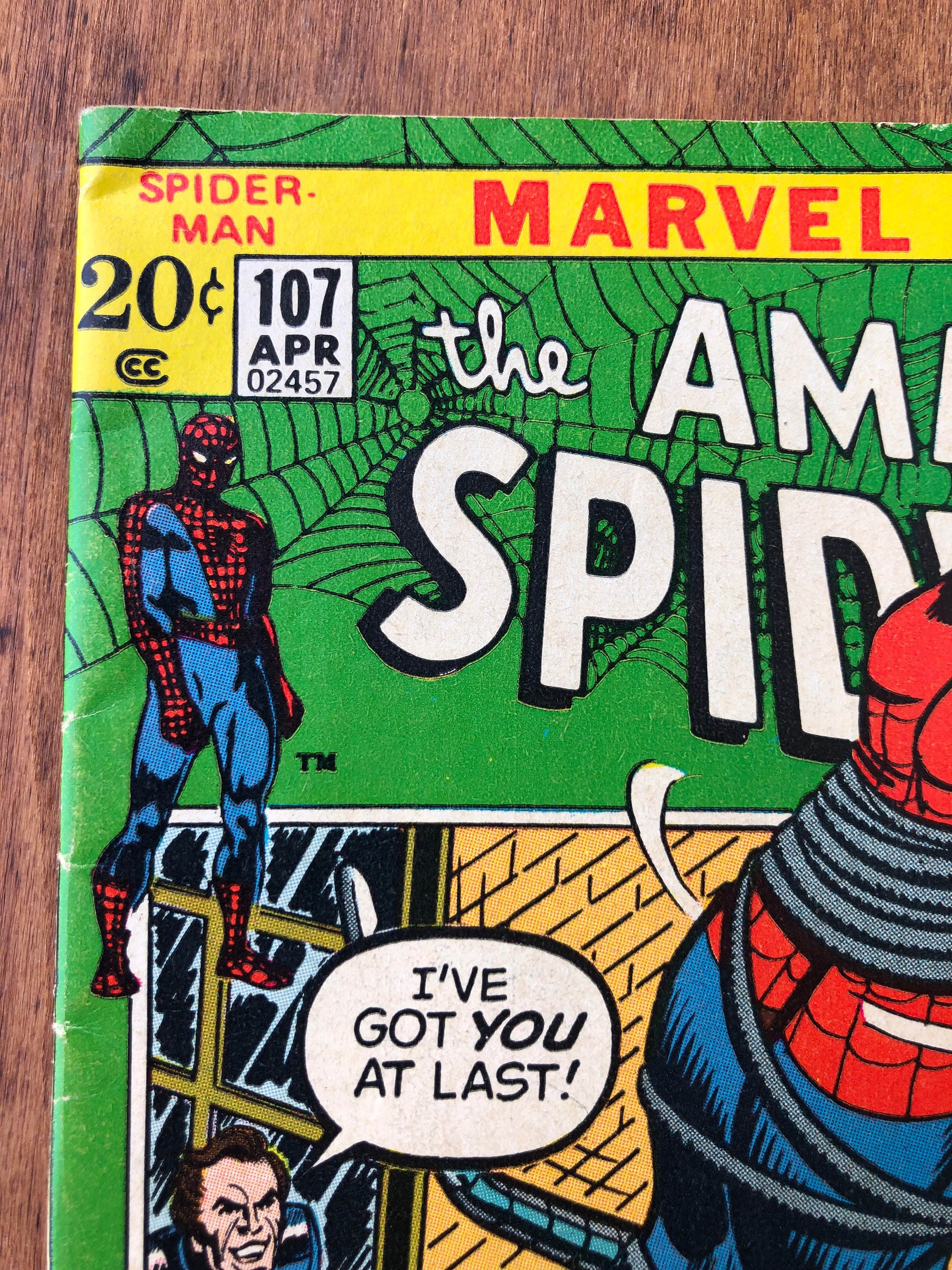 Here is a copy of The Amazing Spiderman issue 107, released April 1972.
It is in used condition.
See pics for condition.


Spidey Smashes Thru!
Continued from last issue... Spider-Man has finally been caught by Spencer Smythe in his new Spider-Slayer robot. Smythe gloats, that now after all the defeats at the wall-crawler's hands he'll finally get his revenge against Spider-Man. He takes the defeated wall crawler back to the assemblage of crooks at his hide out to show off his victory.

Meanwhile, Gwen meets with Randy Robertson who is in a good mood after the Daily Bugle does a report of the protest against the police surveillance cameras. She is later confronted by Flash who apologizes for how he acted. When he tries to express his feelings for her she stops him and tells him that her feelings for Peter are real. She then confronts him with the fact that that is not the only thing bothering him, Flash declines to talk about it.

Spider-Man then pays a visit to J. Jonah Jameson, fed up with Jameson constantly hiring Smythe to go after him with Spider-Slayer robots, Spider-Man cautions the newspaper editor to never try it again, a request the cowardly Jameson agrees to comply to in the future. On his way back home to switch back to his civilian identity, Spider-Man spots Gwen walking with Flash. He spots two military men pull up in a vehicle and escort Flash away, leaving Gwen in tears. Spider-Man wonders if this spectacle will change things between him and Gwen.