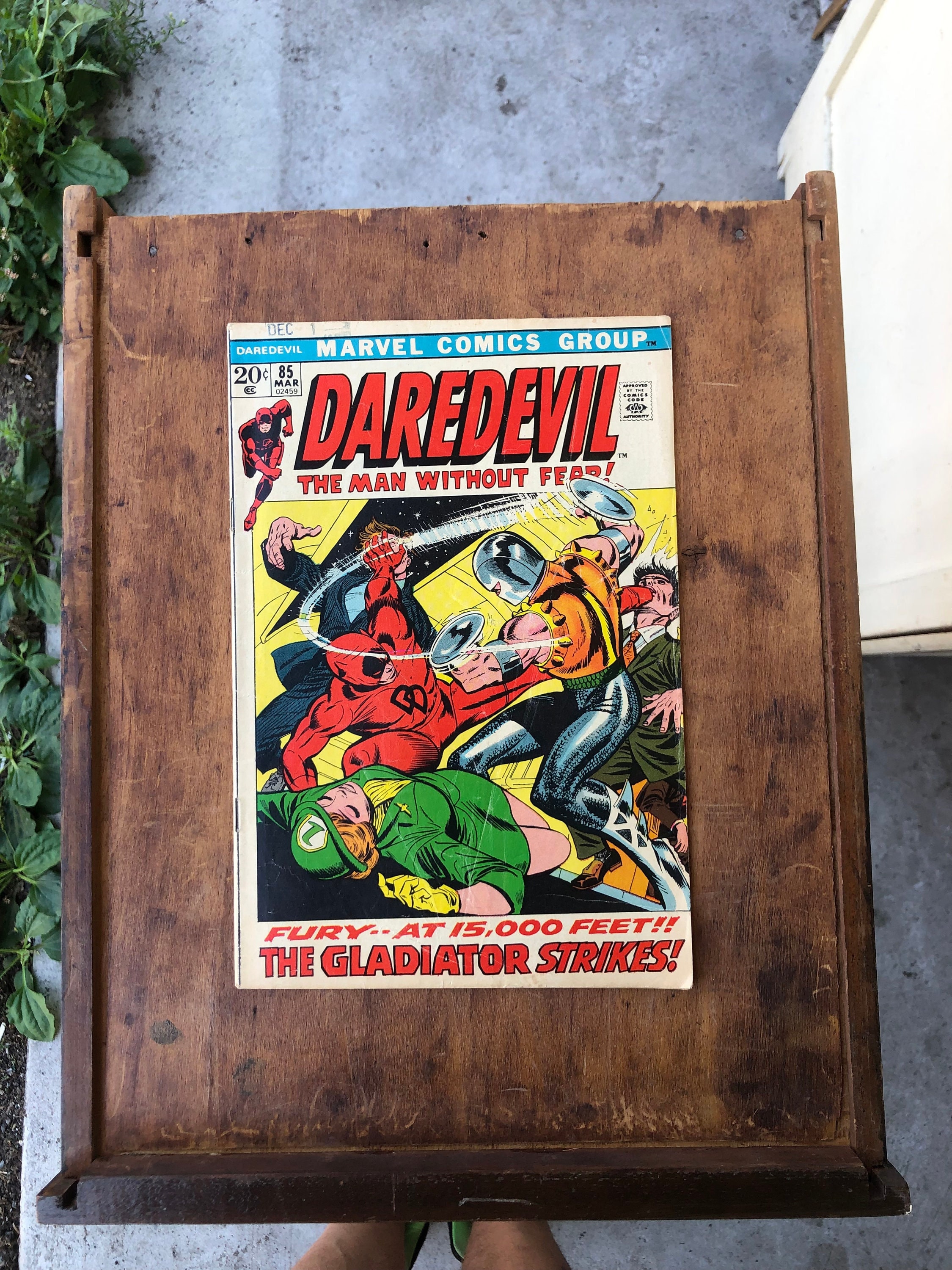 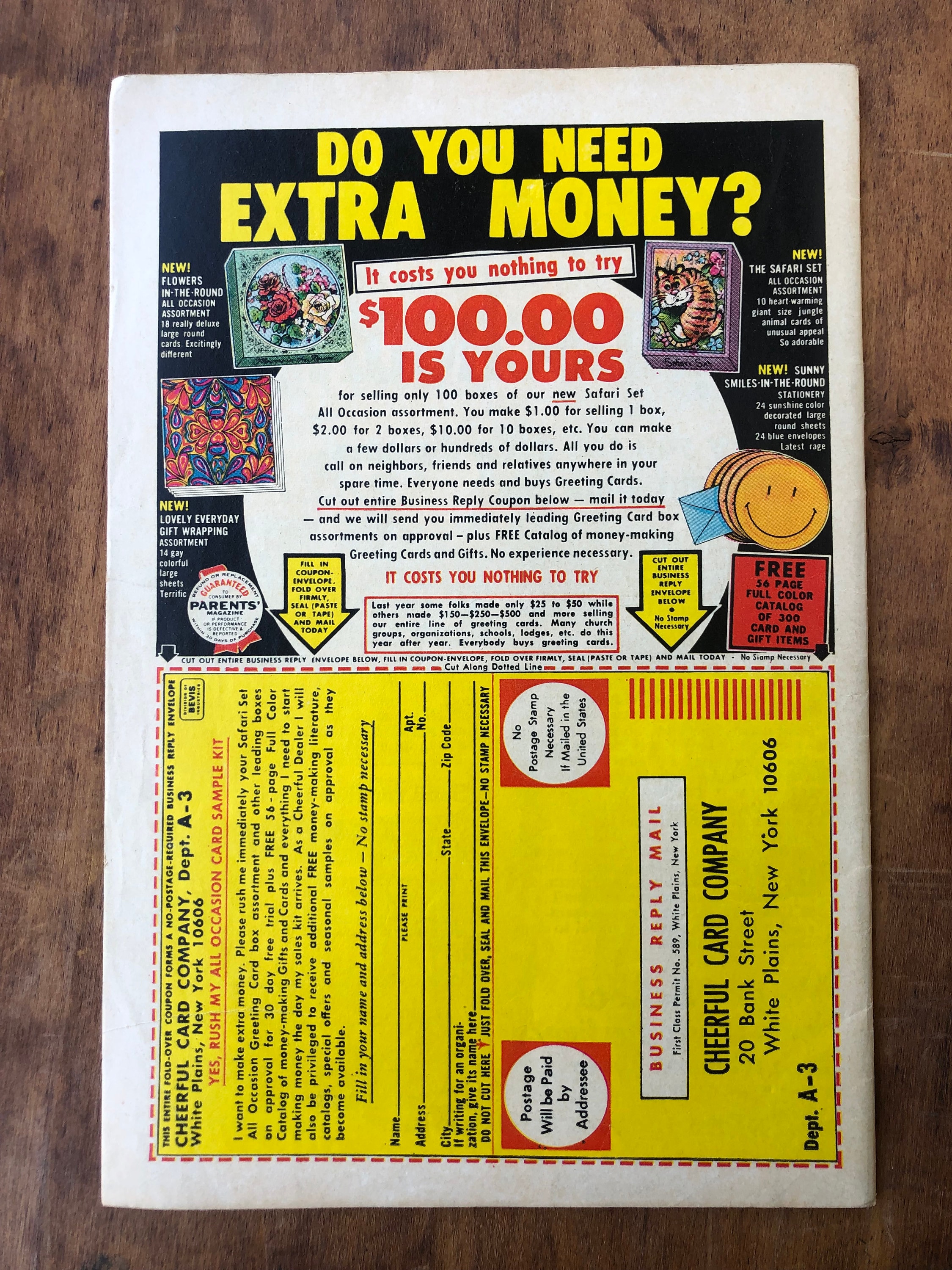 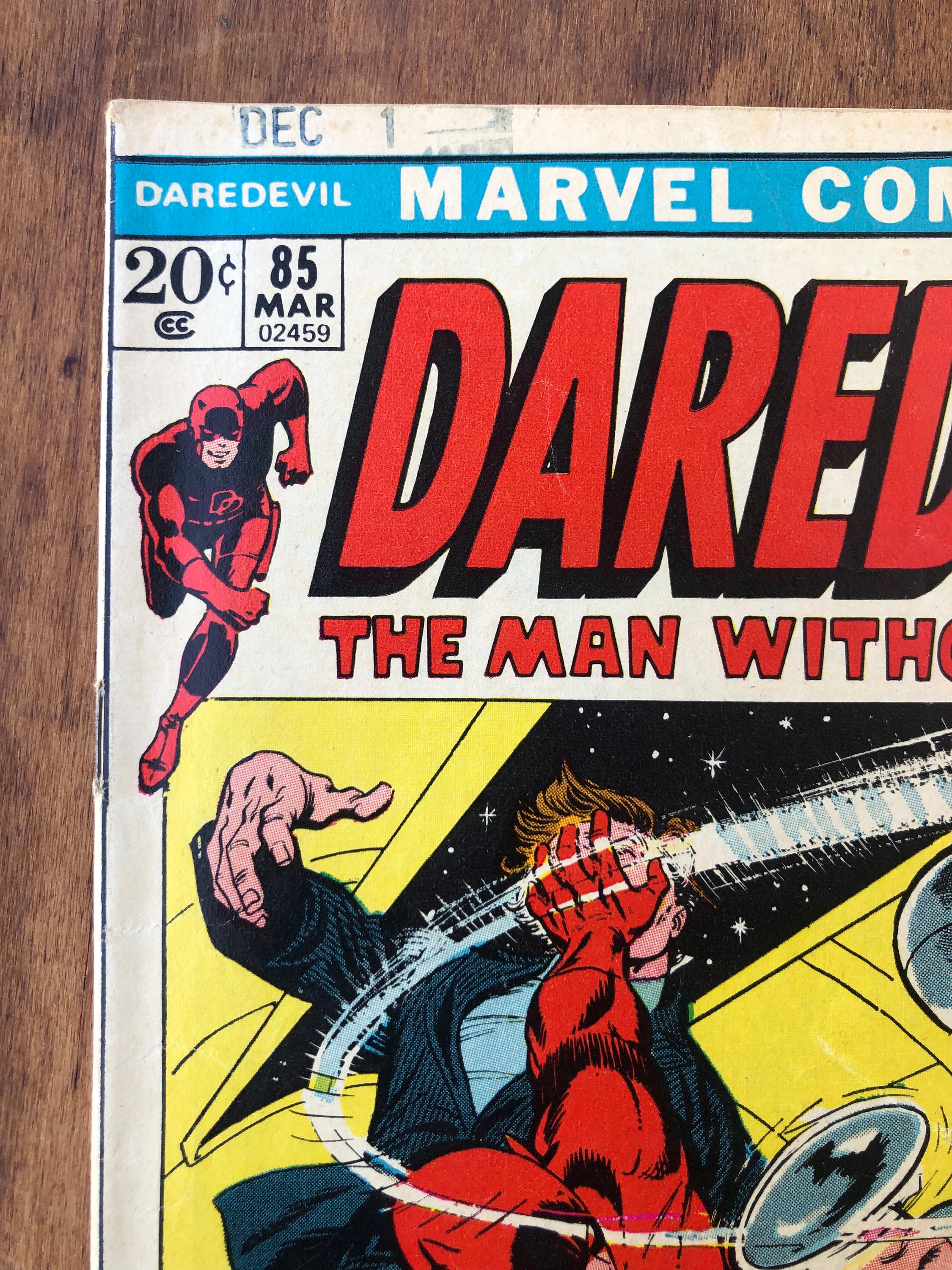 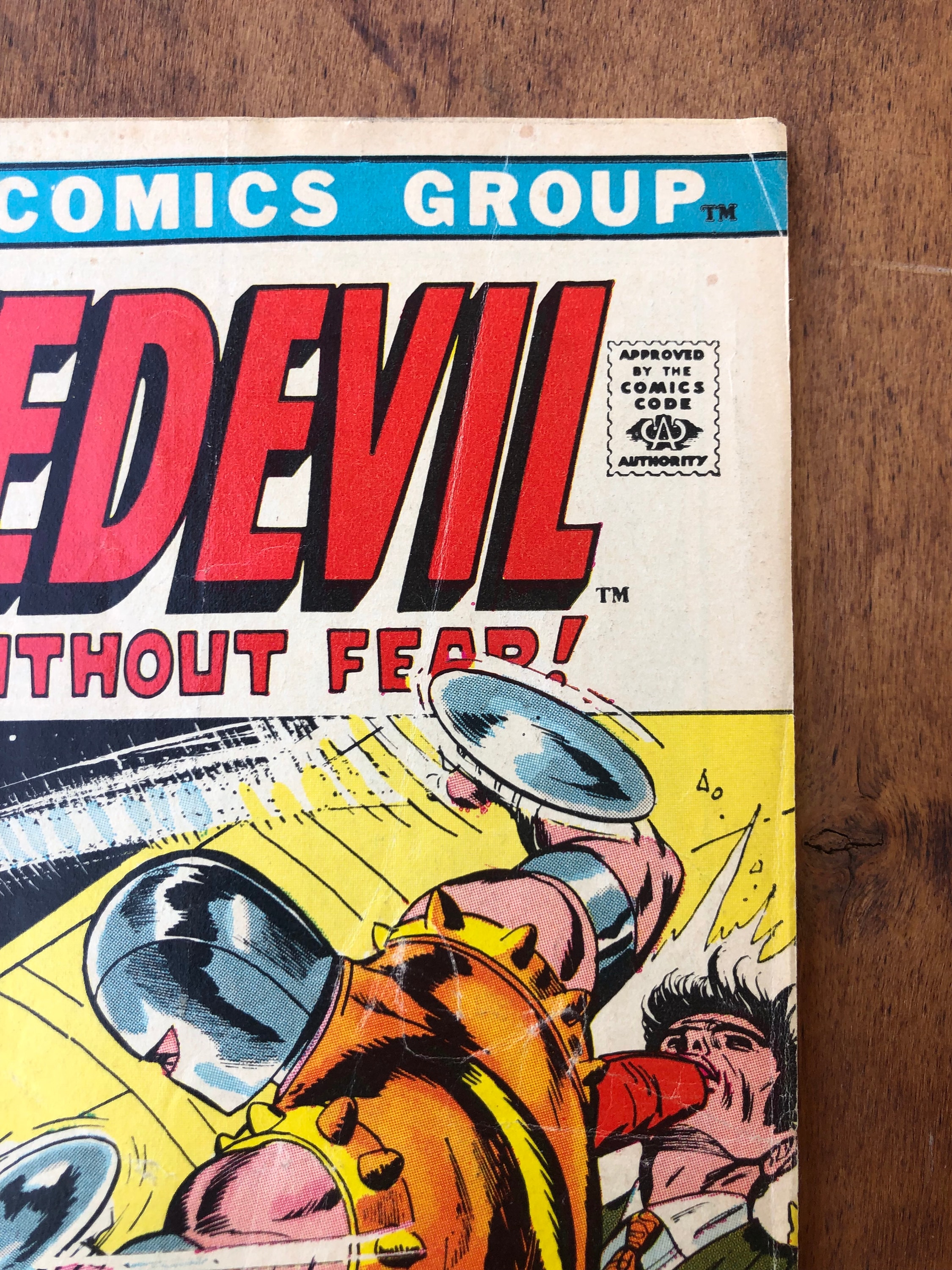 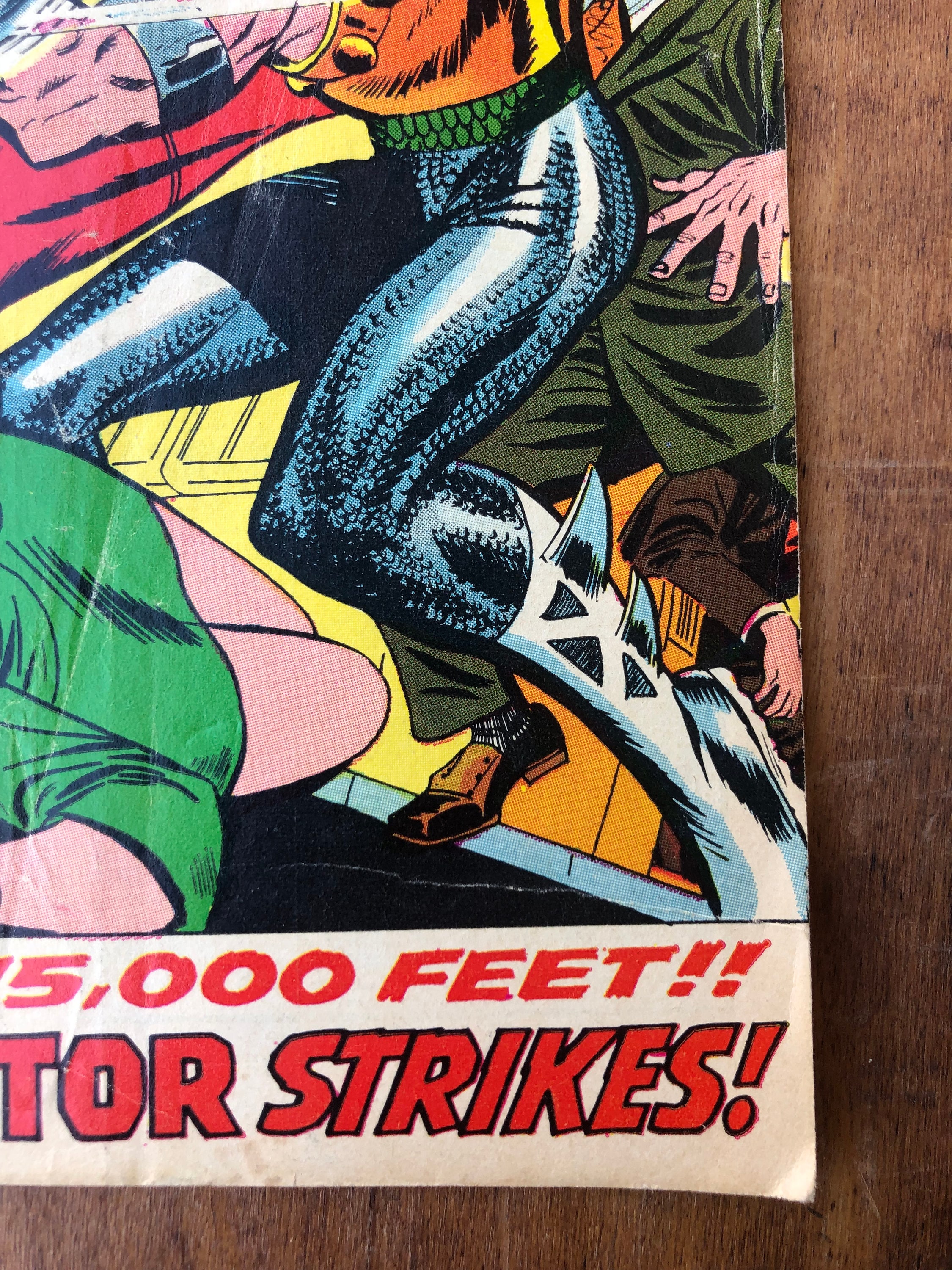 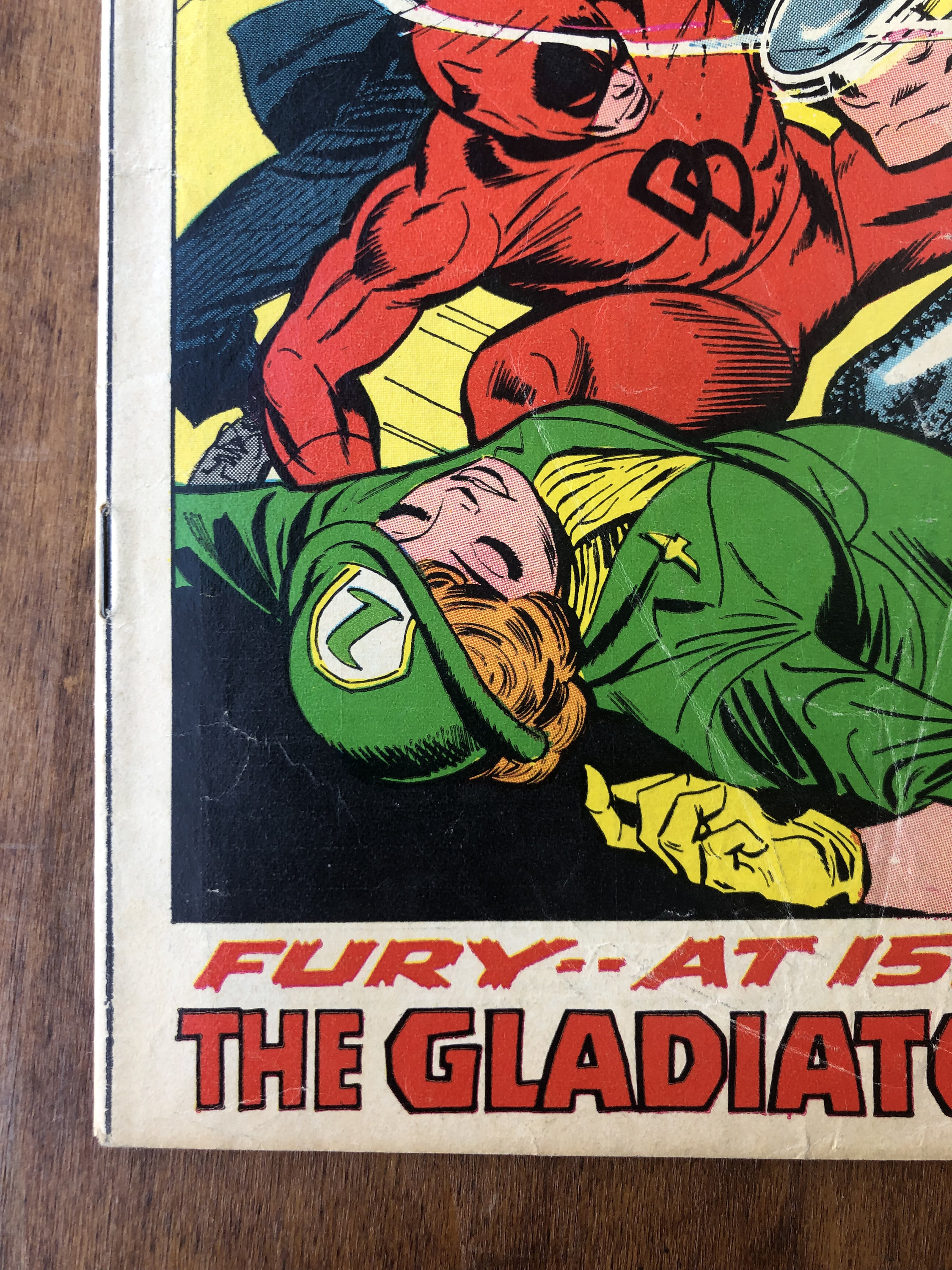 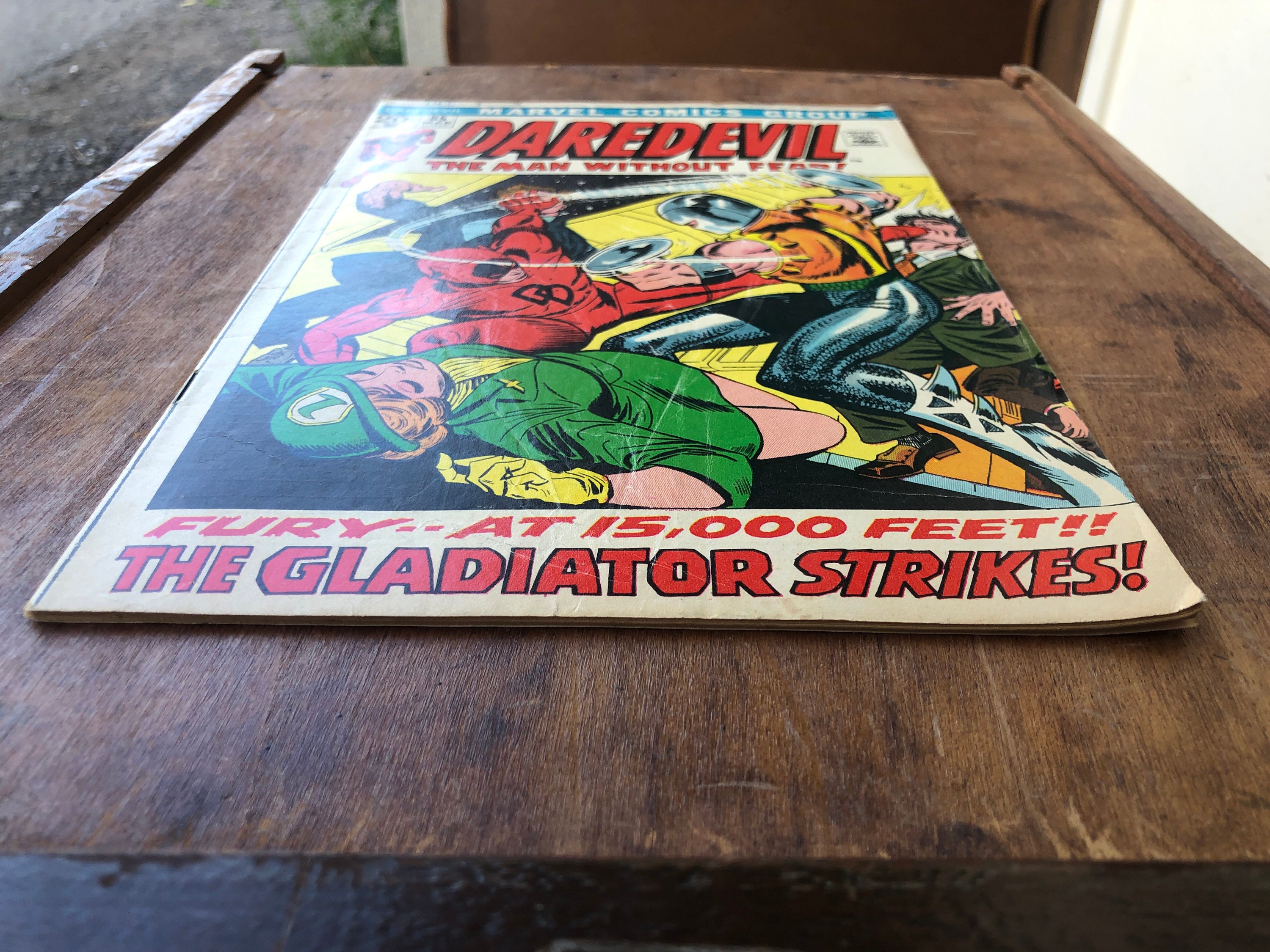 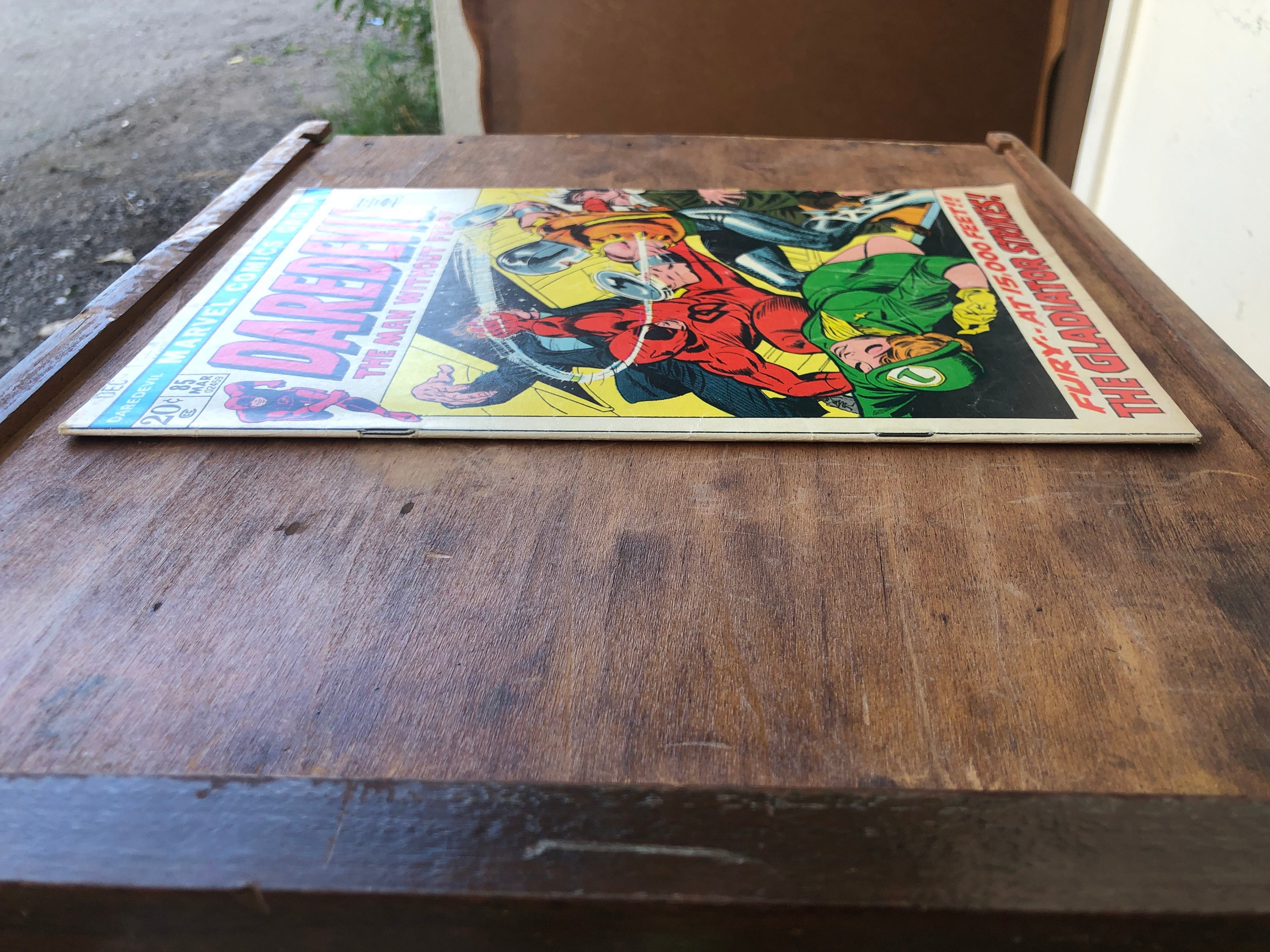 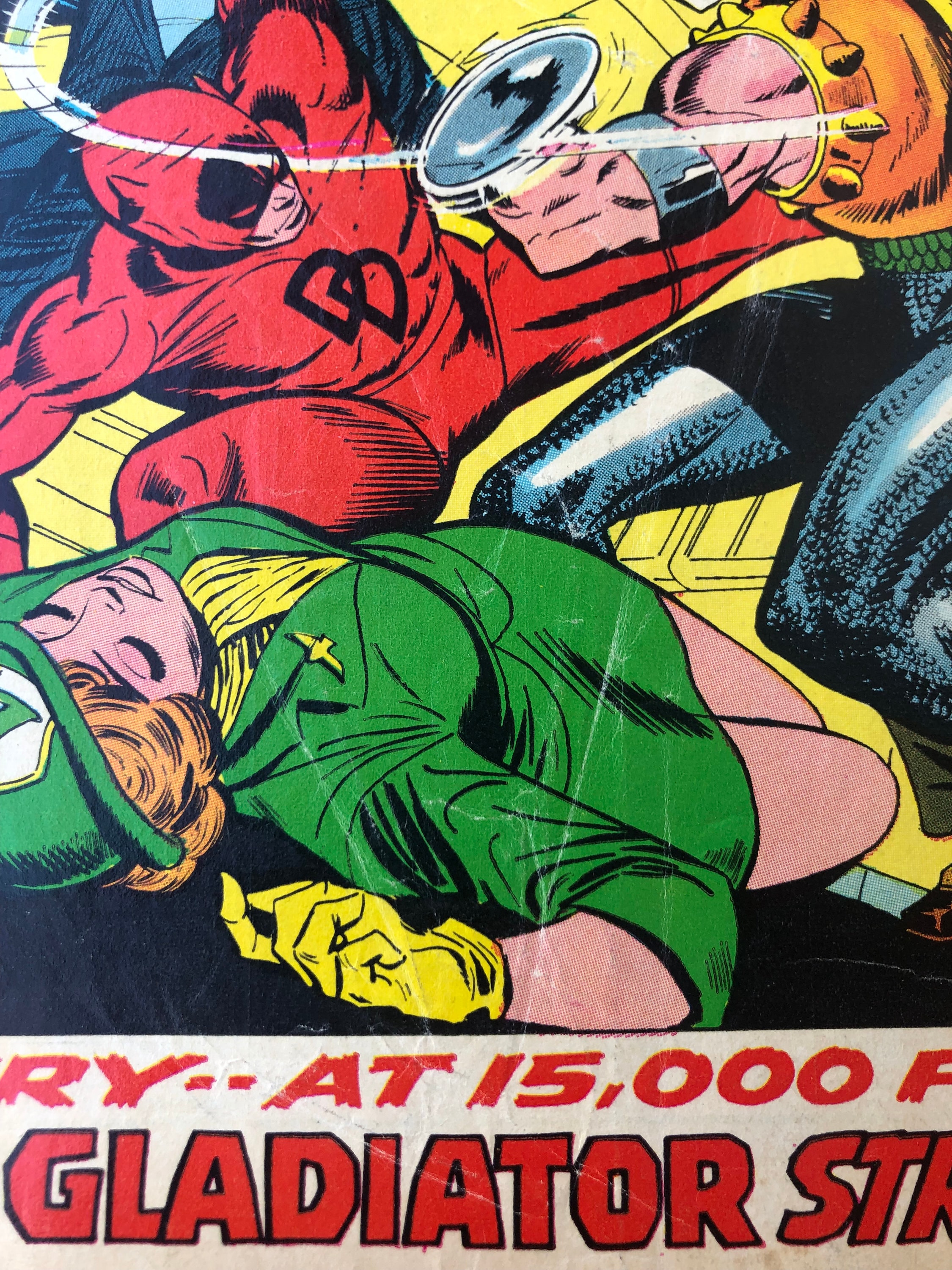 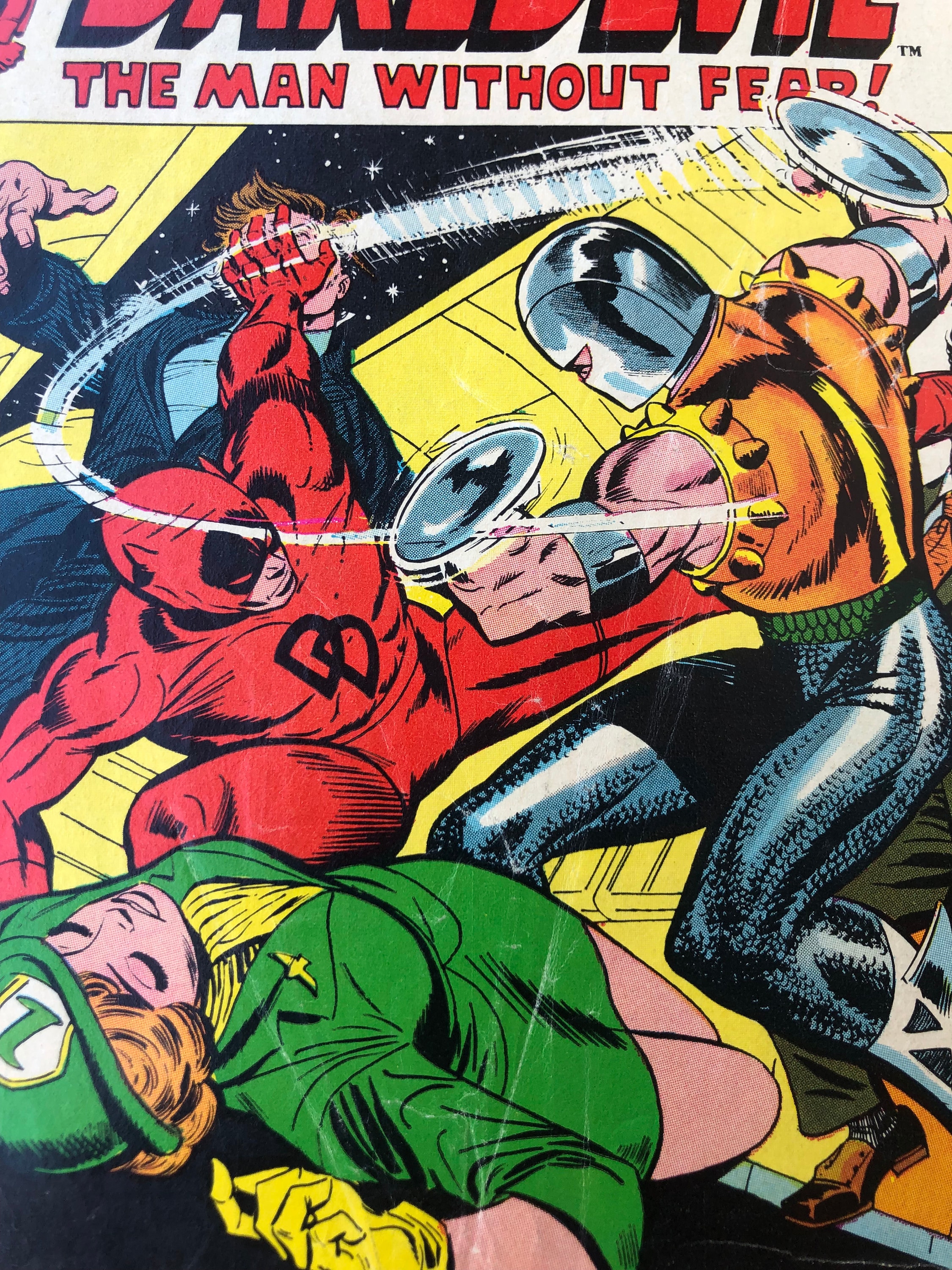 Here is a copy of Daredevil issue 85, released March 1972.
It is in used condition.
See pics for condition.


NIGHT FLIGHT!
While Matt and Natasha take a plane back to the United States from Switzerland, Foggy resigns as the D.A. in shame over his blackmail and manipulation by Mr. Klein, and Karen and her agent Phil prepare to return to California.
Back on the plane heading back to New York, Matt's senses identify somebody familiar, but Matt cannot put his finger on who it is. However, the person is soon revealed to be Melvin Potter -- aka the Gladiator -- who hijacks the airplane. Matt manages to get away and change into his Daredevil costume and with the help of the Black Widow, manages to defeat the Gladiator and his fellow hijackers.
The fight knocks out the plane's radar, and DD uses his abilities to help the plane land (albeit a rough landing) at the airport, Matt runs into Karen and the two share a kiss and an embrace, much to the sadness of Natasha.