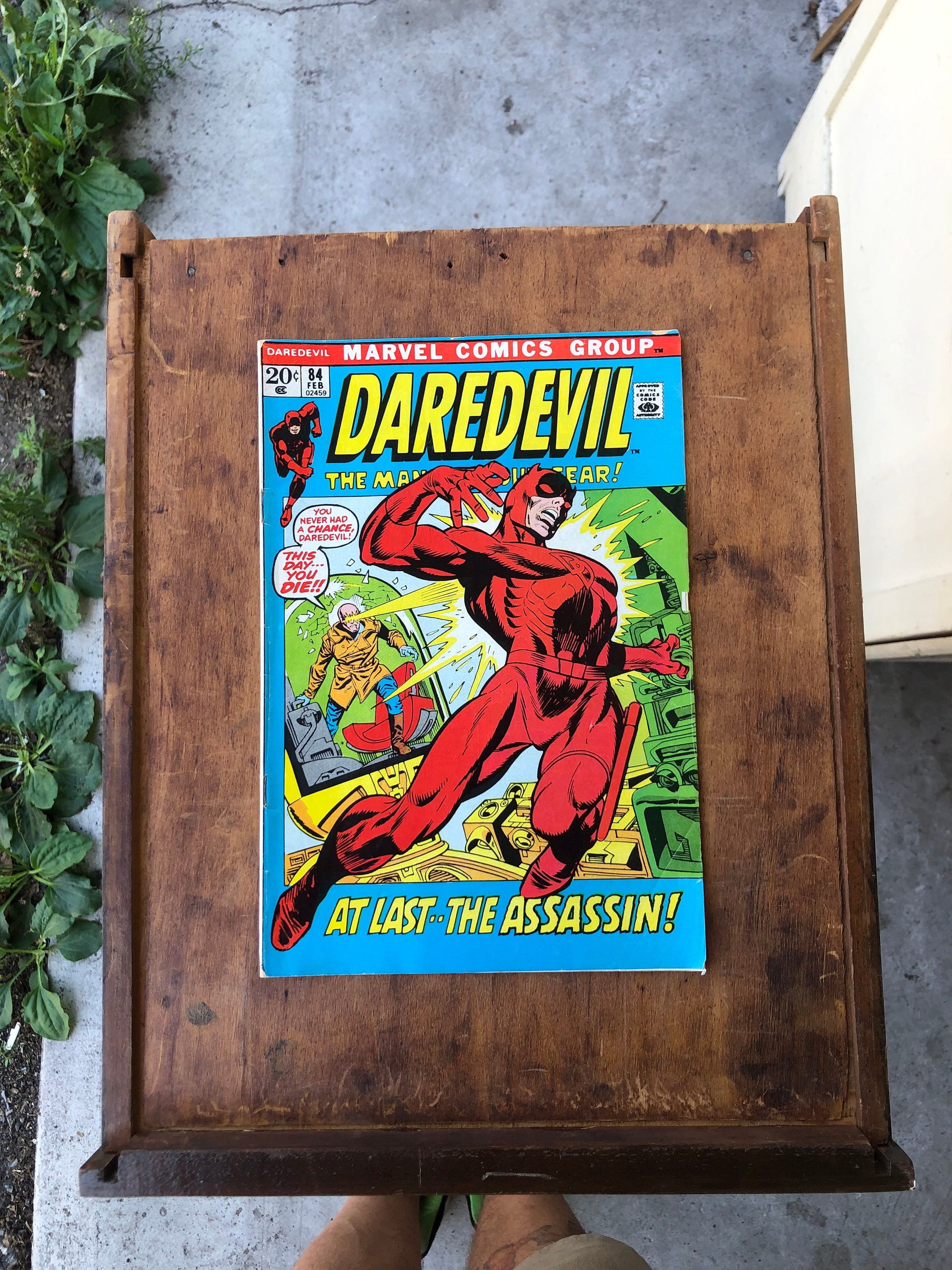 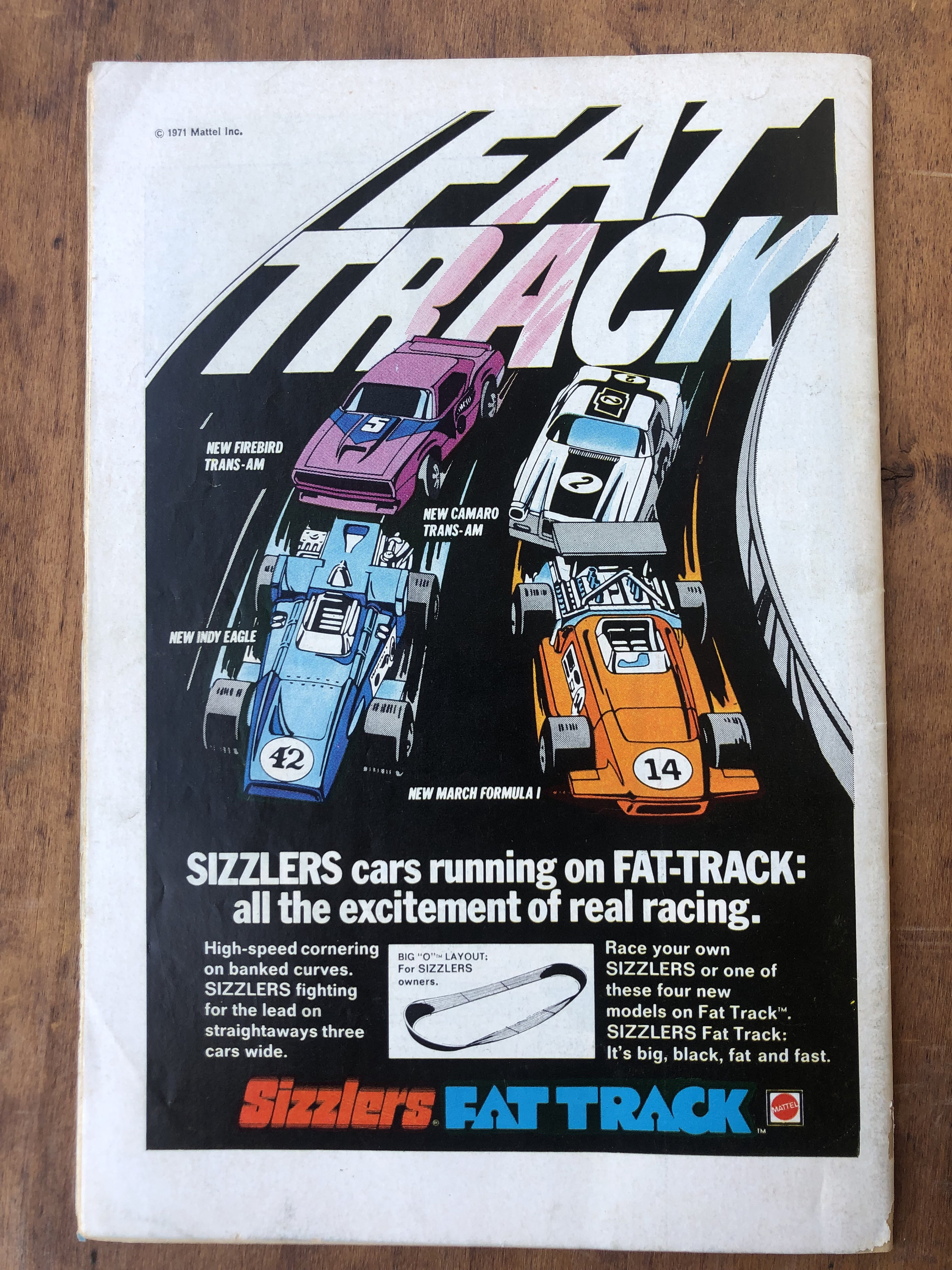 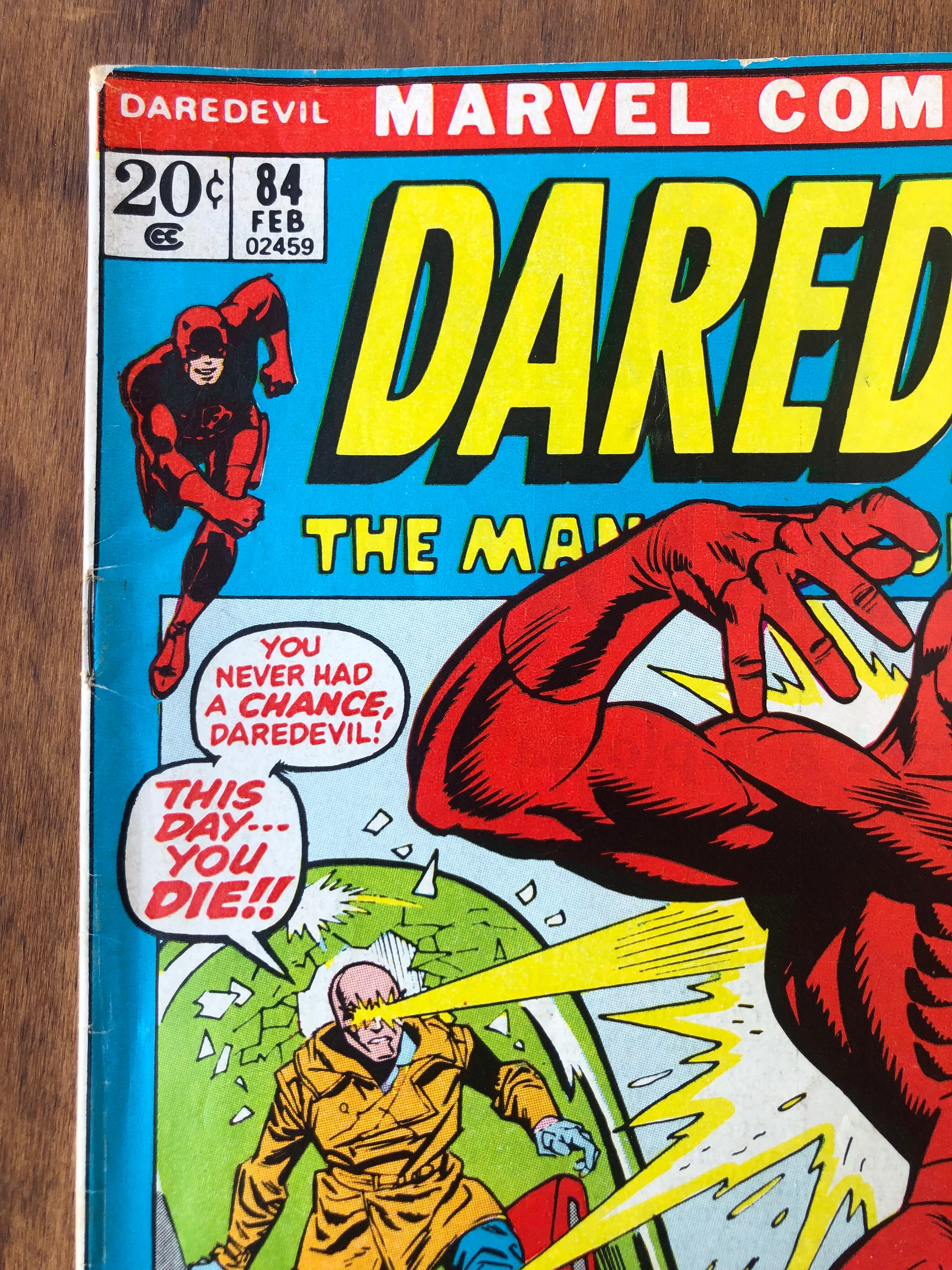 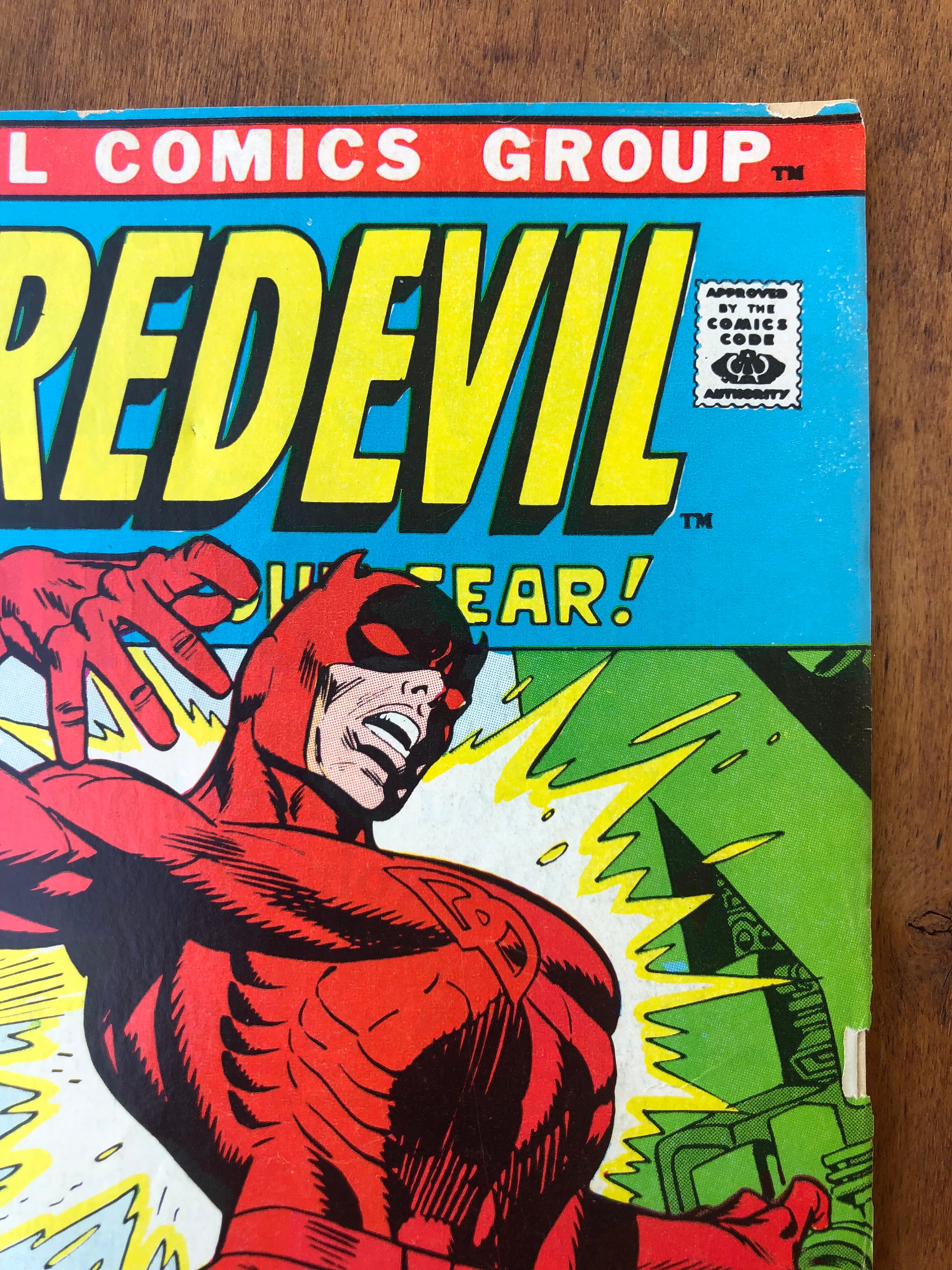 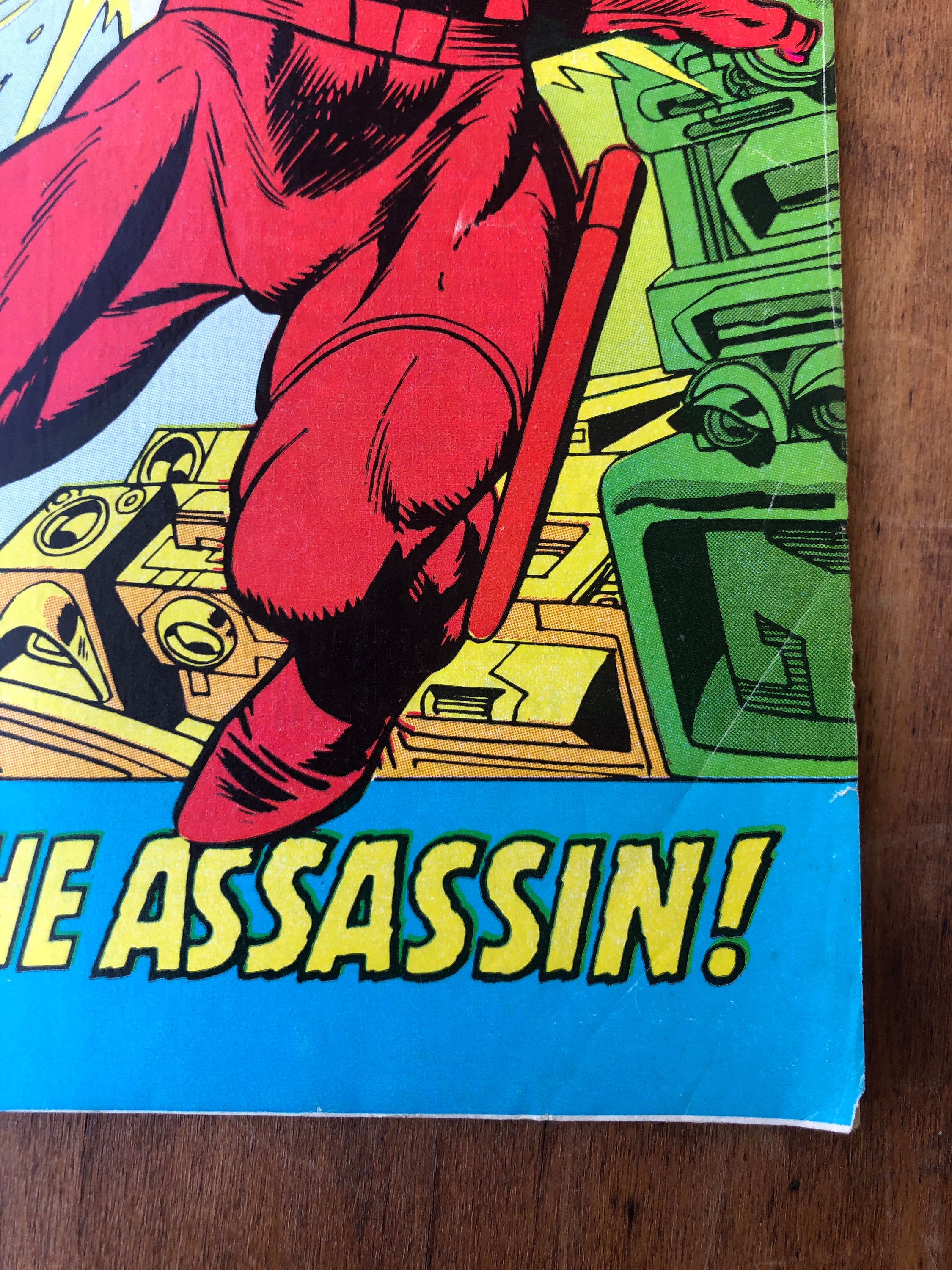 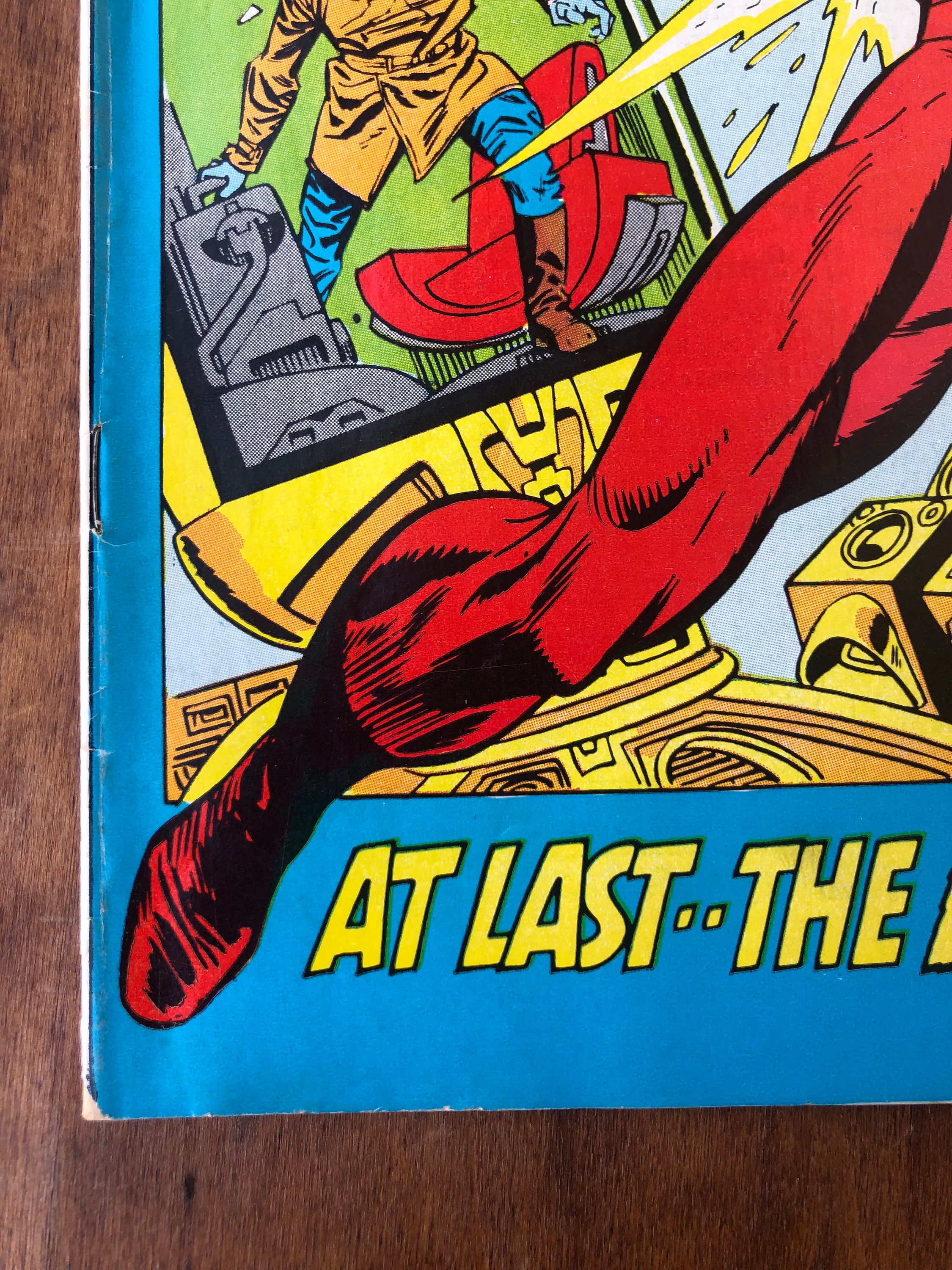 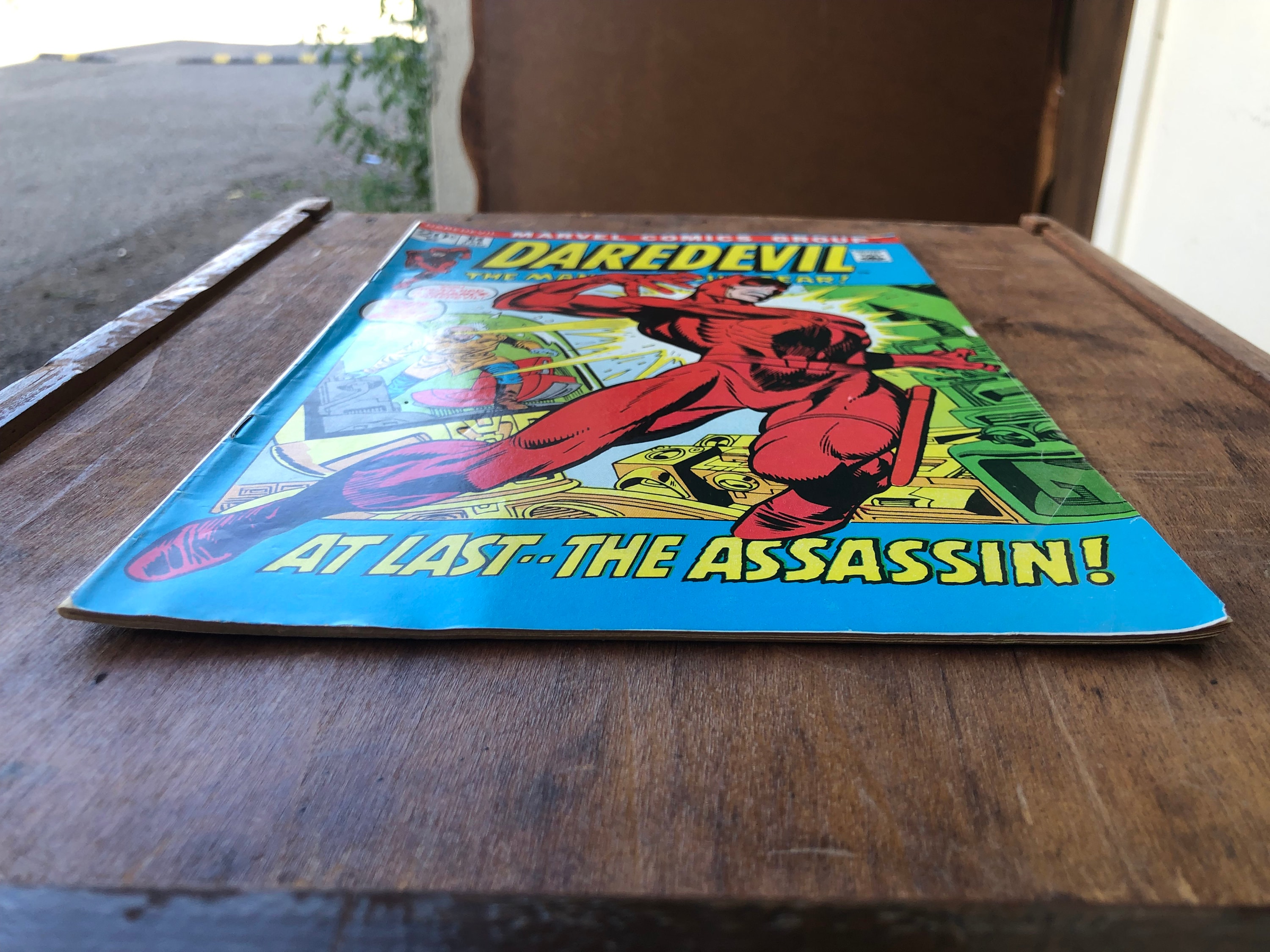 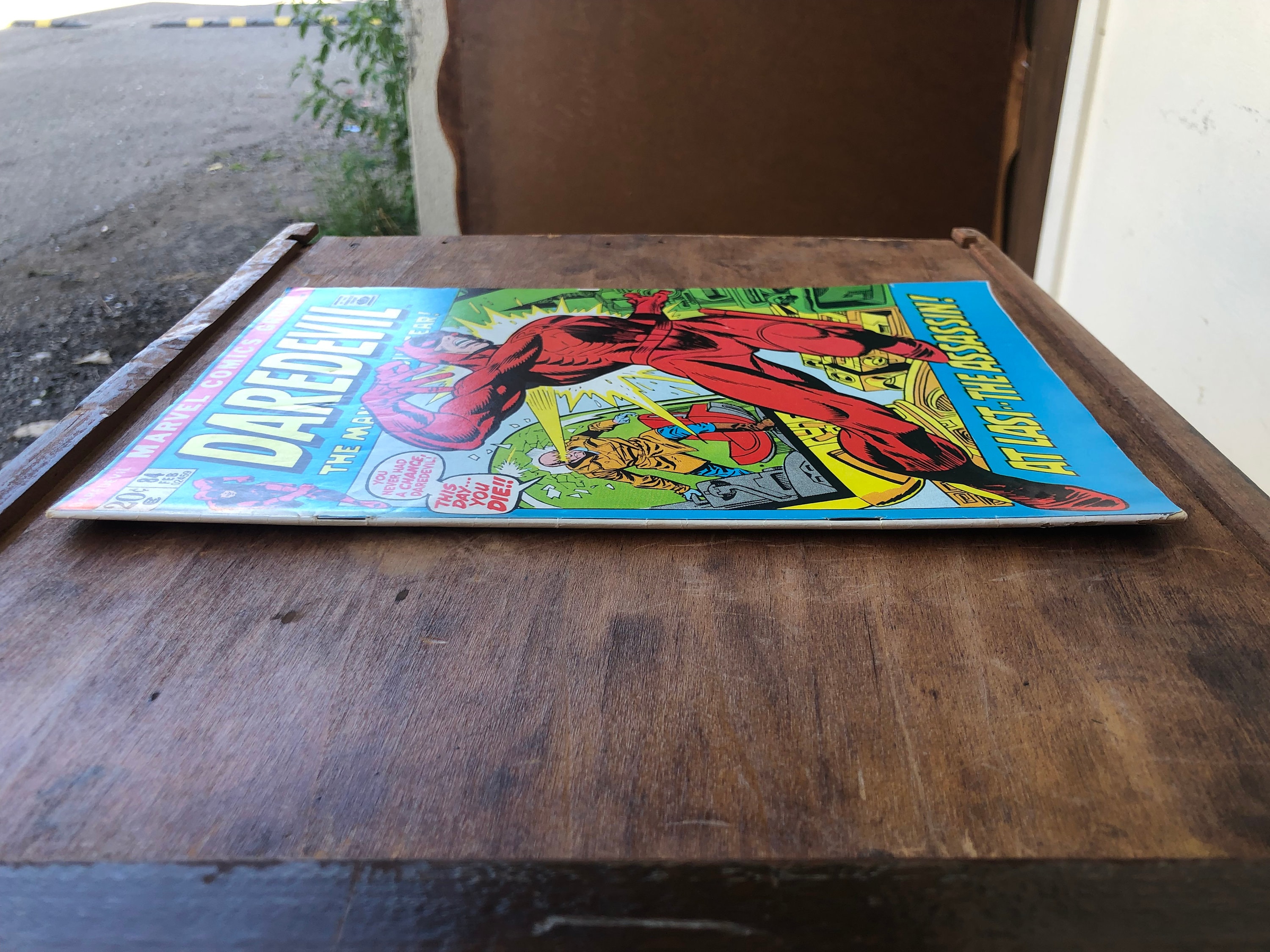 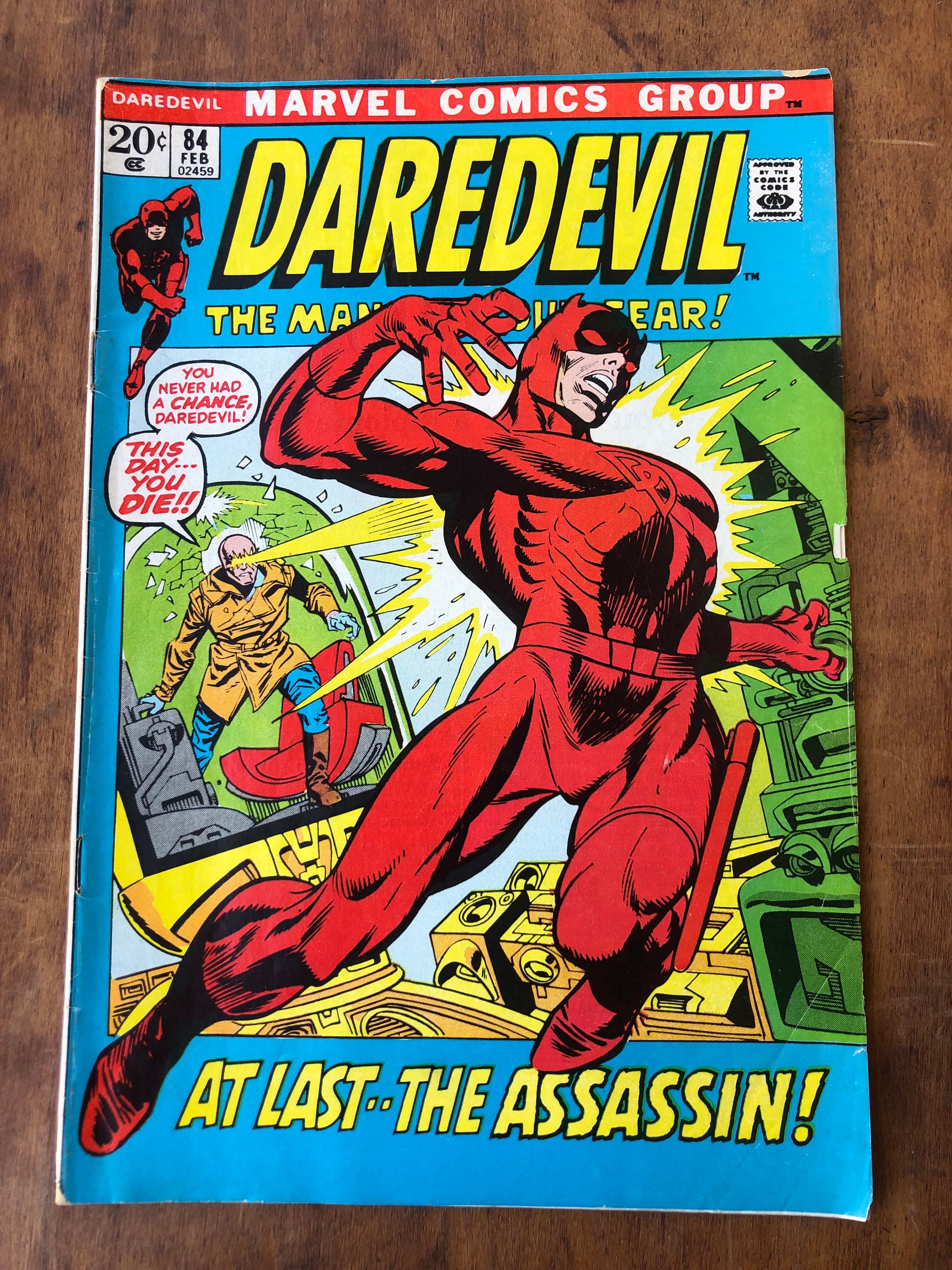 Here is a copy of Daredevil issue 84, released February 1972.
It is in used condition.
See pics for condition.


NIGHT Of The ASSASSIN!
While the Black Widow is spending time in Switzerland, she meets with Dr. Emil Borgdsky (really the android Assassin in a new disguise) who informs her that he has perfected a treatment to restore the sight of the blind. While in New York, Daredevil stops some thugs, and is informed by Foggy that his opposition against the Black Widow (last issue) was due to Mr. Klein blackmailing him, and after all was said and done, Klein had left the country.

Getting a call from Black Widow, DD as Matt Murdock travels to Switzerland, where the two kindle a romance. But when Matt meets Borgdsky he realizes there is something wrong. The two heroes eventually fall into the trap of Mr. Klein, really the robot MK-9 who has been sent from a distant future by a being known as Baal. Battling Daredevil MK-9 reveals that it is trying to stop Daredevil and Black Widow in order to prevent future events that would bring about the end of humanity. The battle is ended when two executioners arrive and destroy MK-9. DD and Black Widow manage to escape the exploding observatory base. The Executioners emerge from the ruins and tell DD and Black Widow to enjoy their fates before returning to their own time.