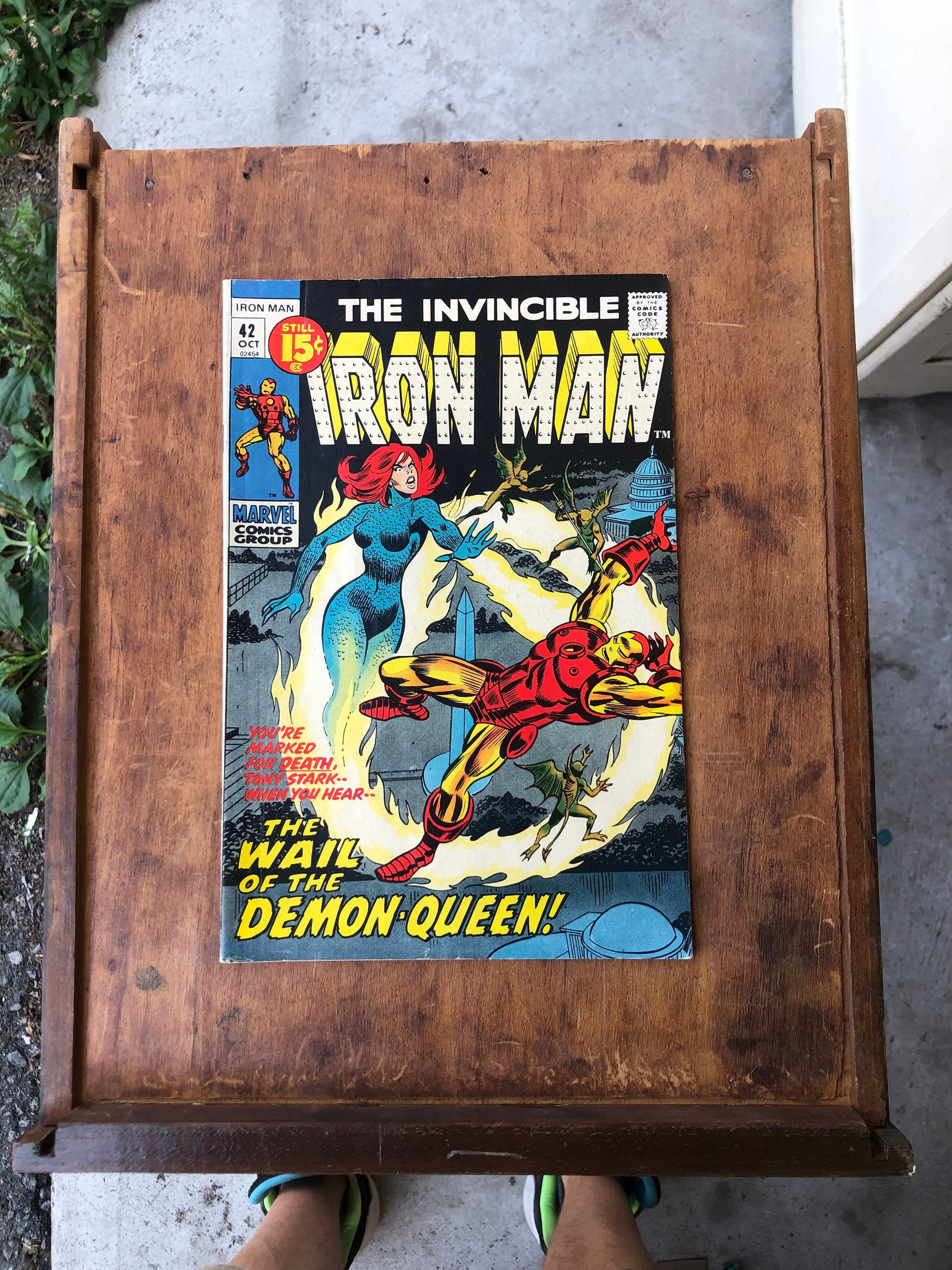 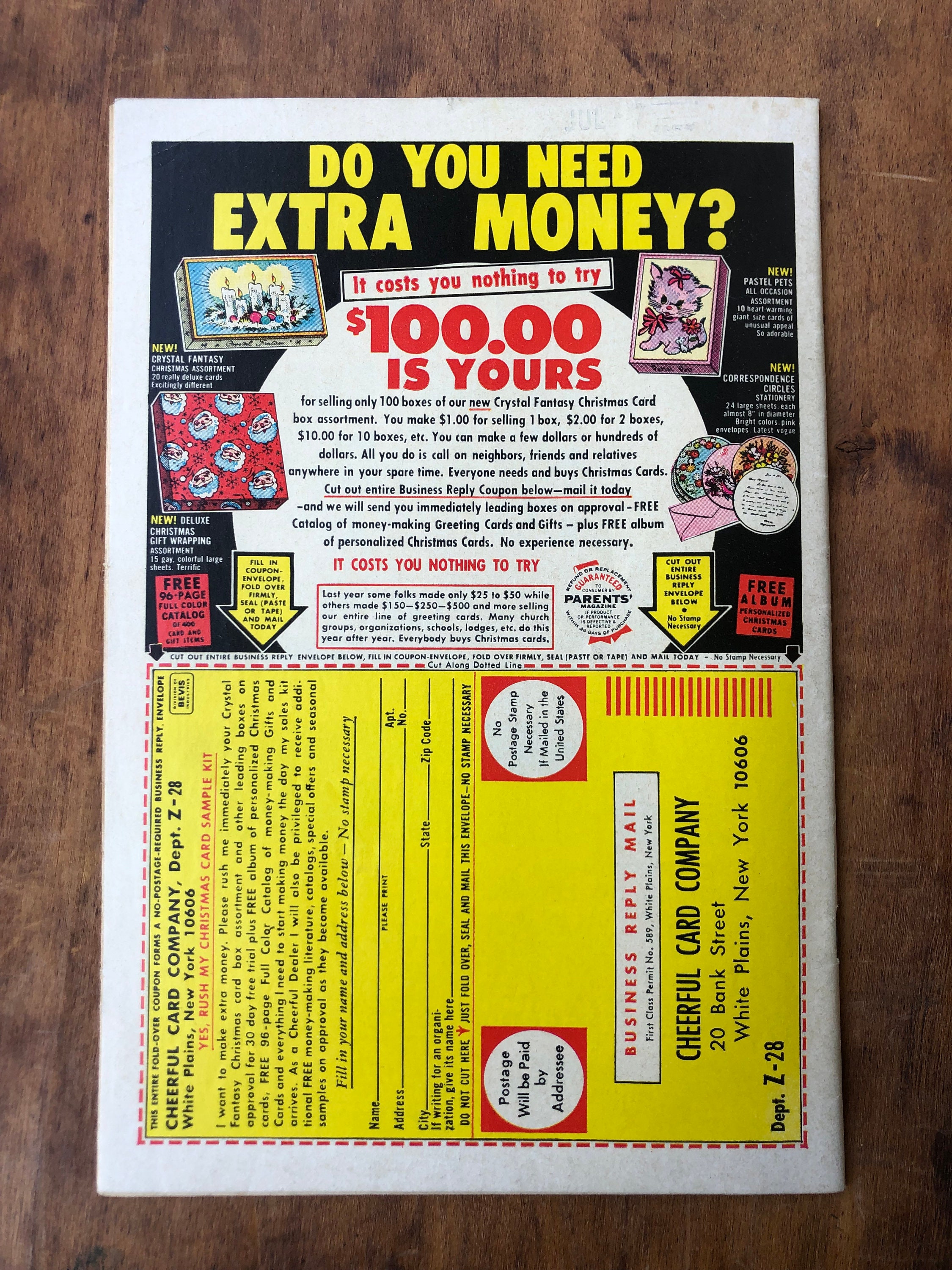 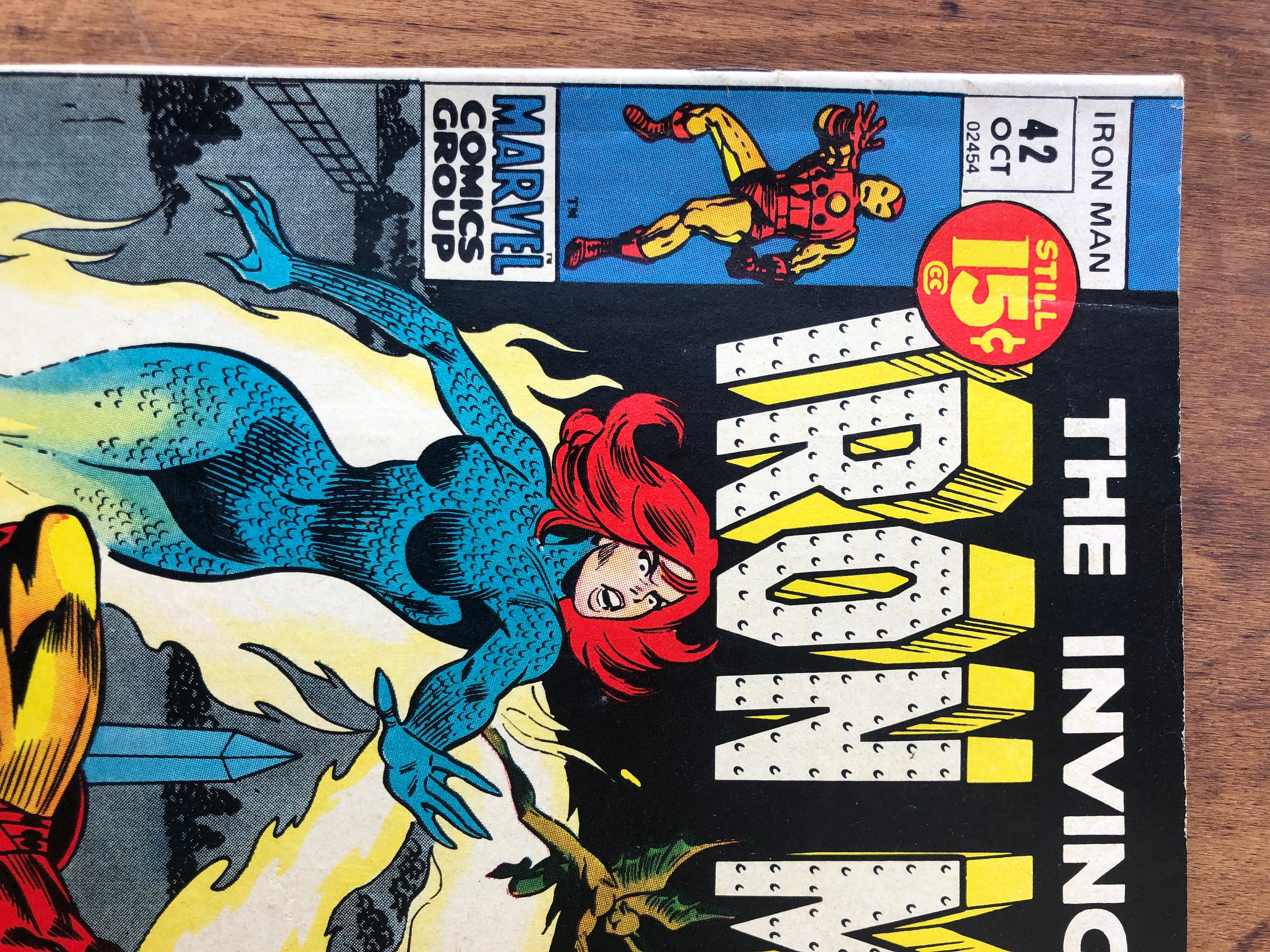 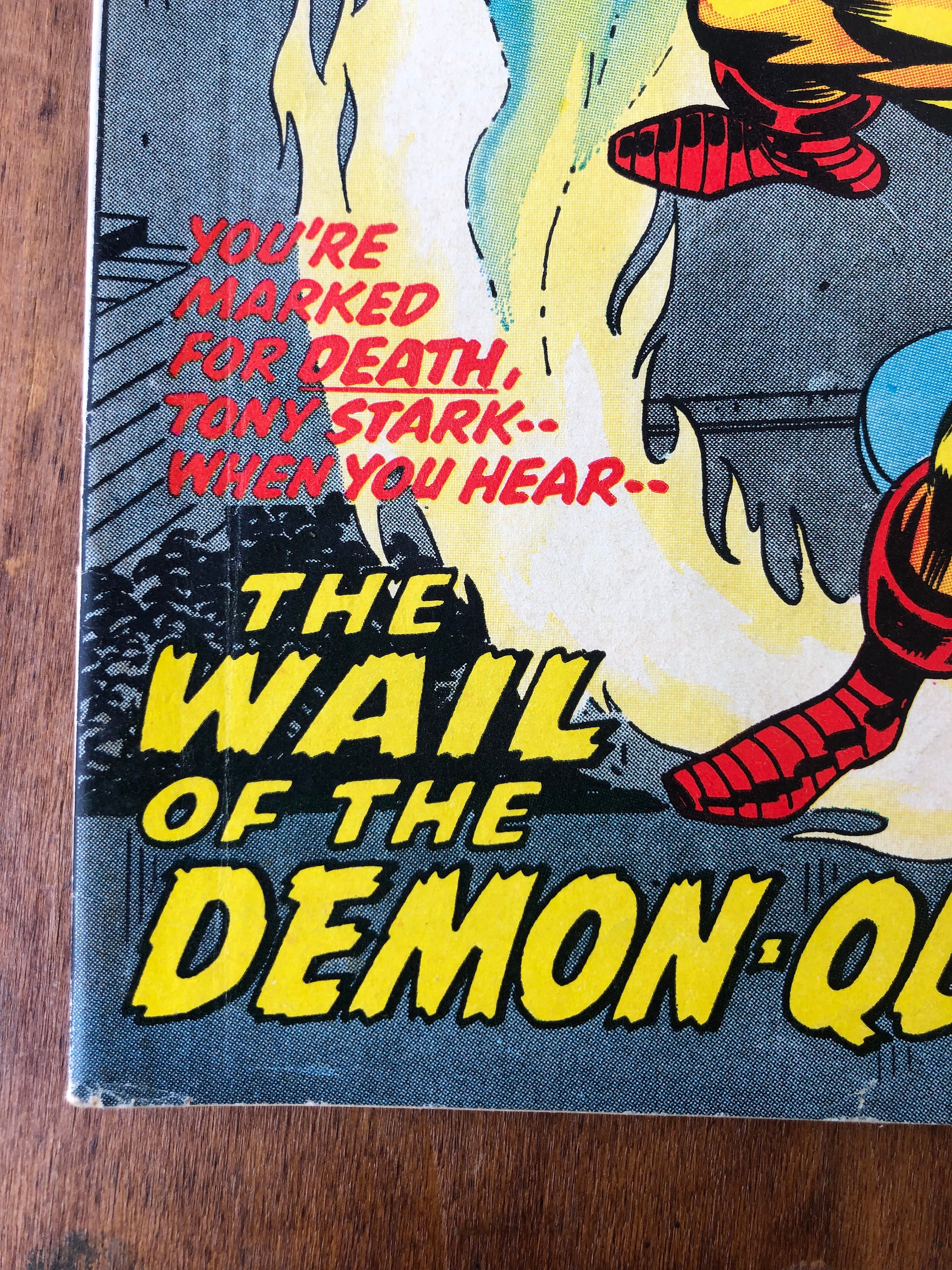 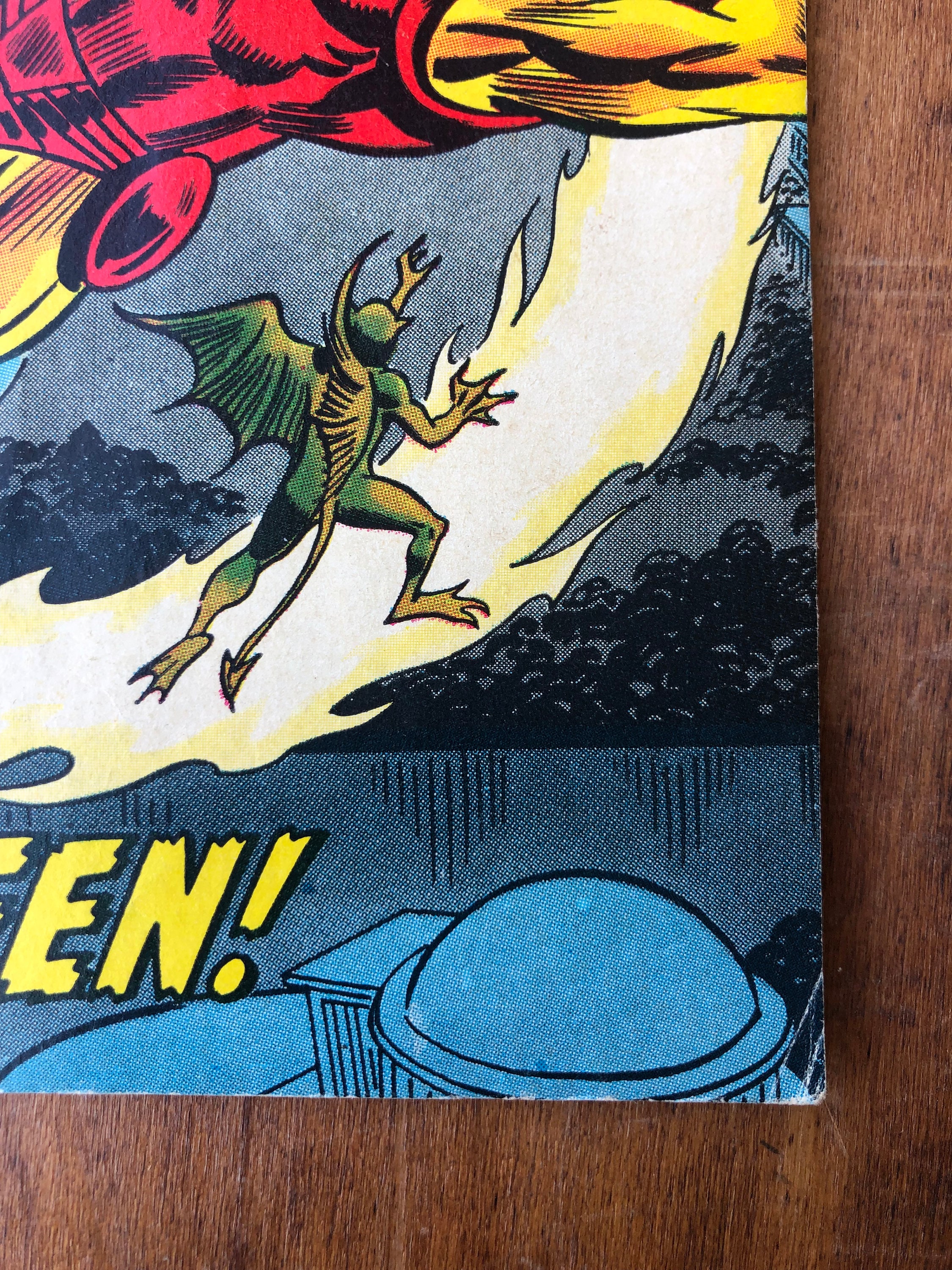 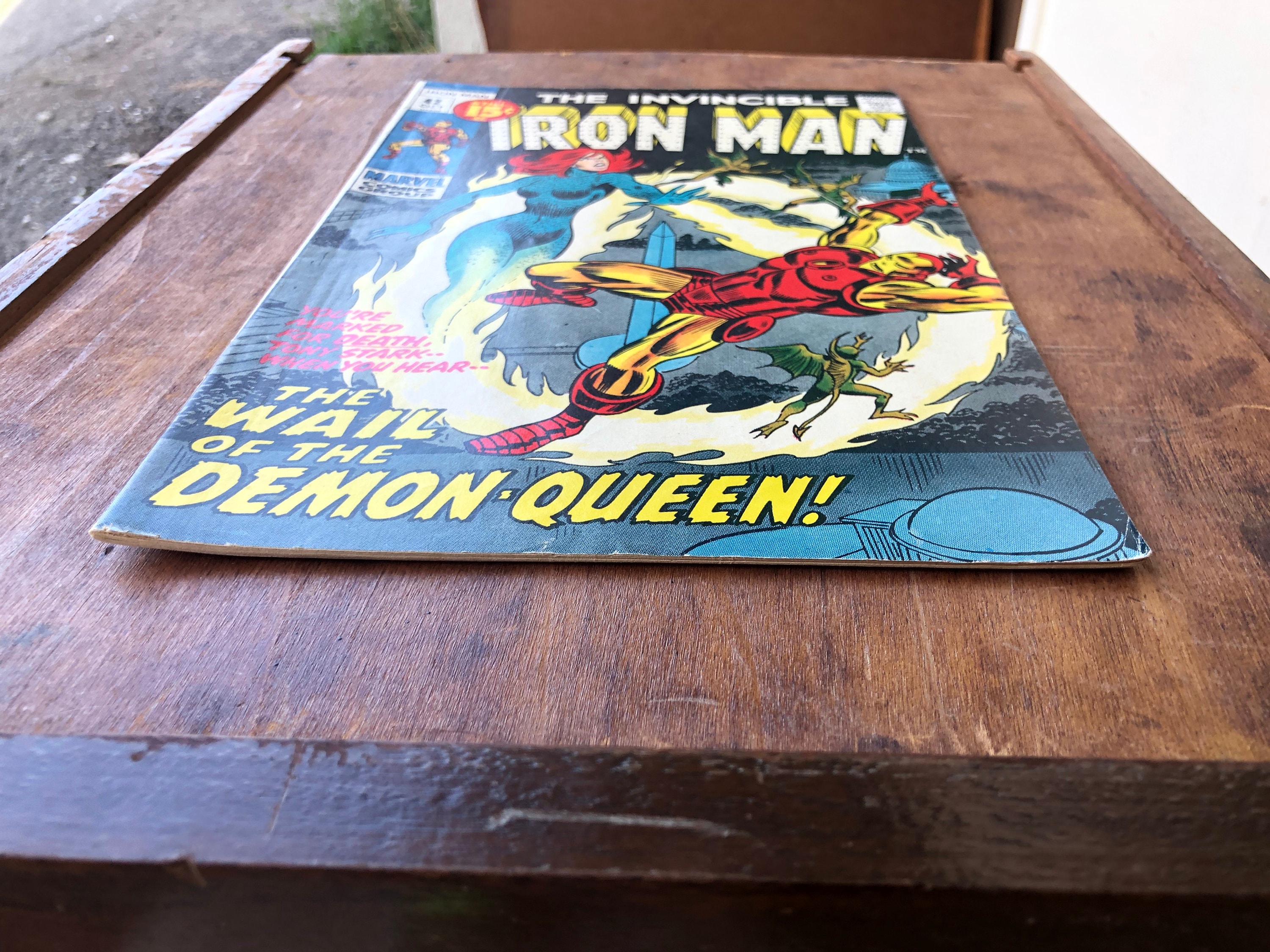 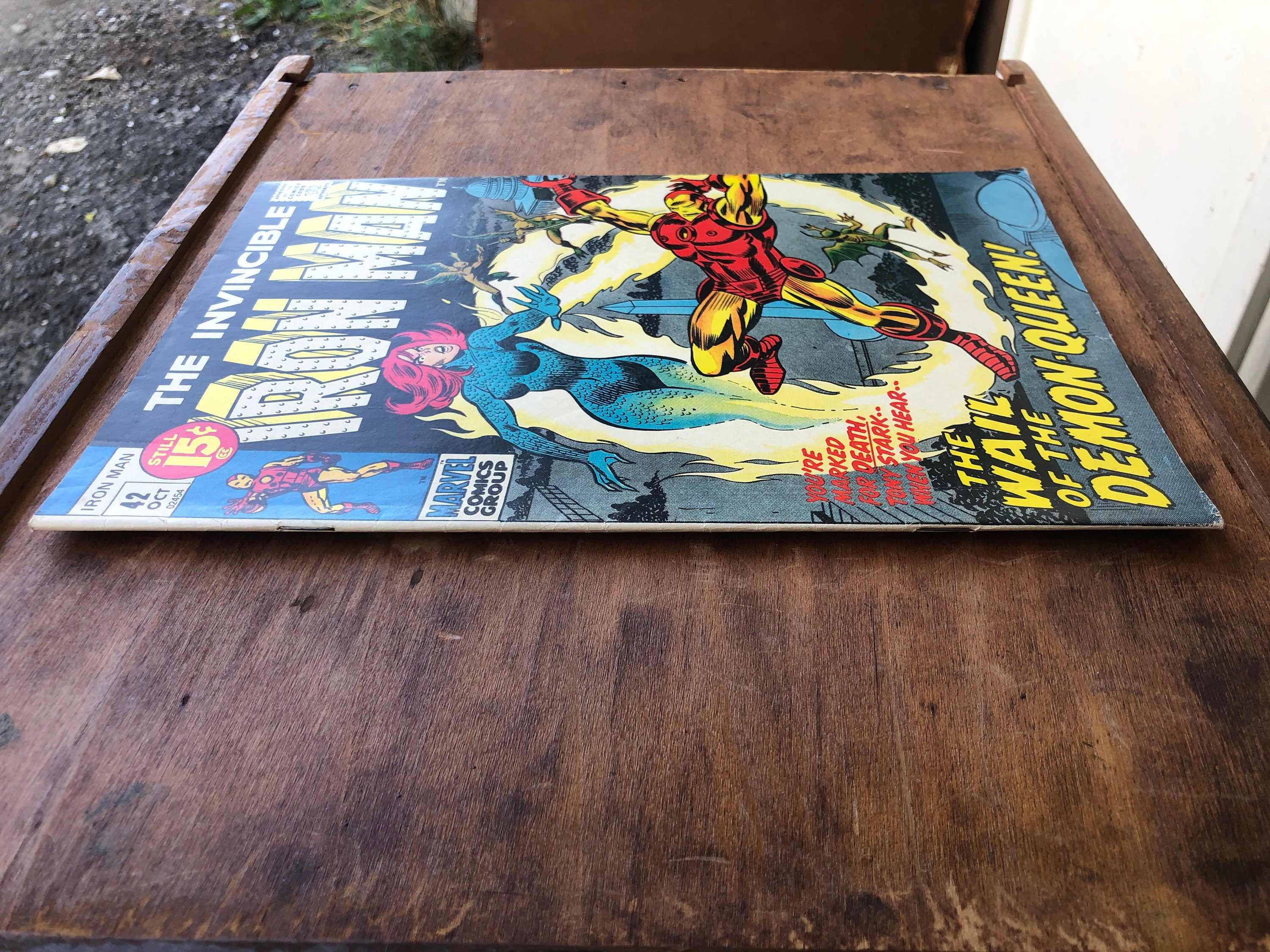 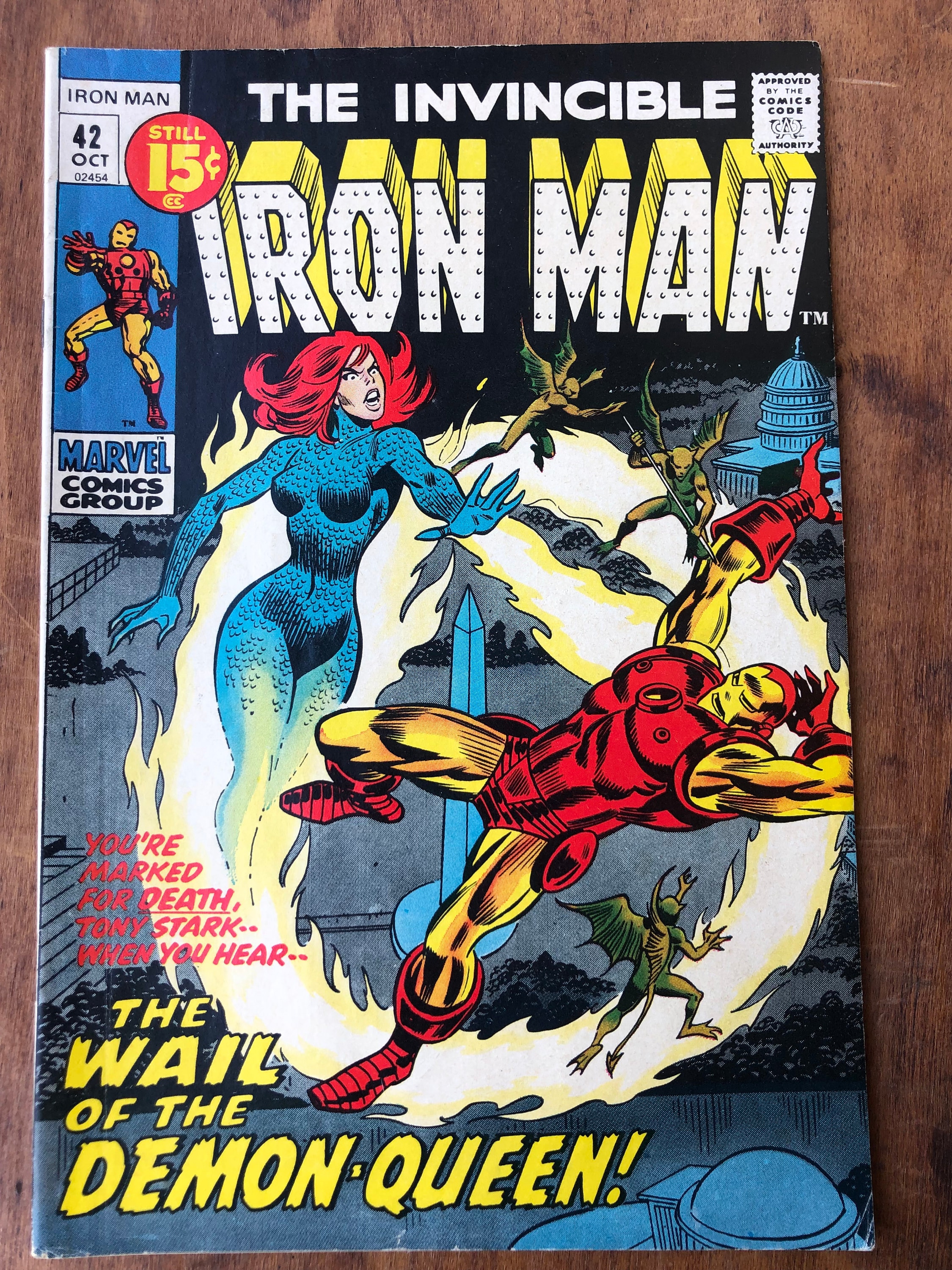 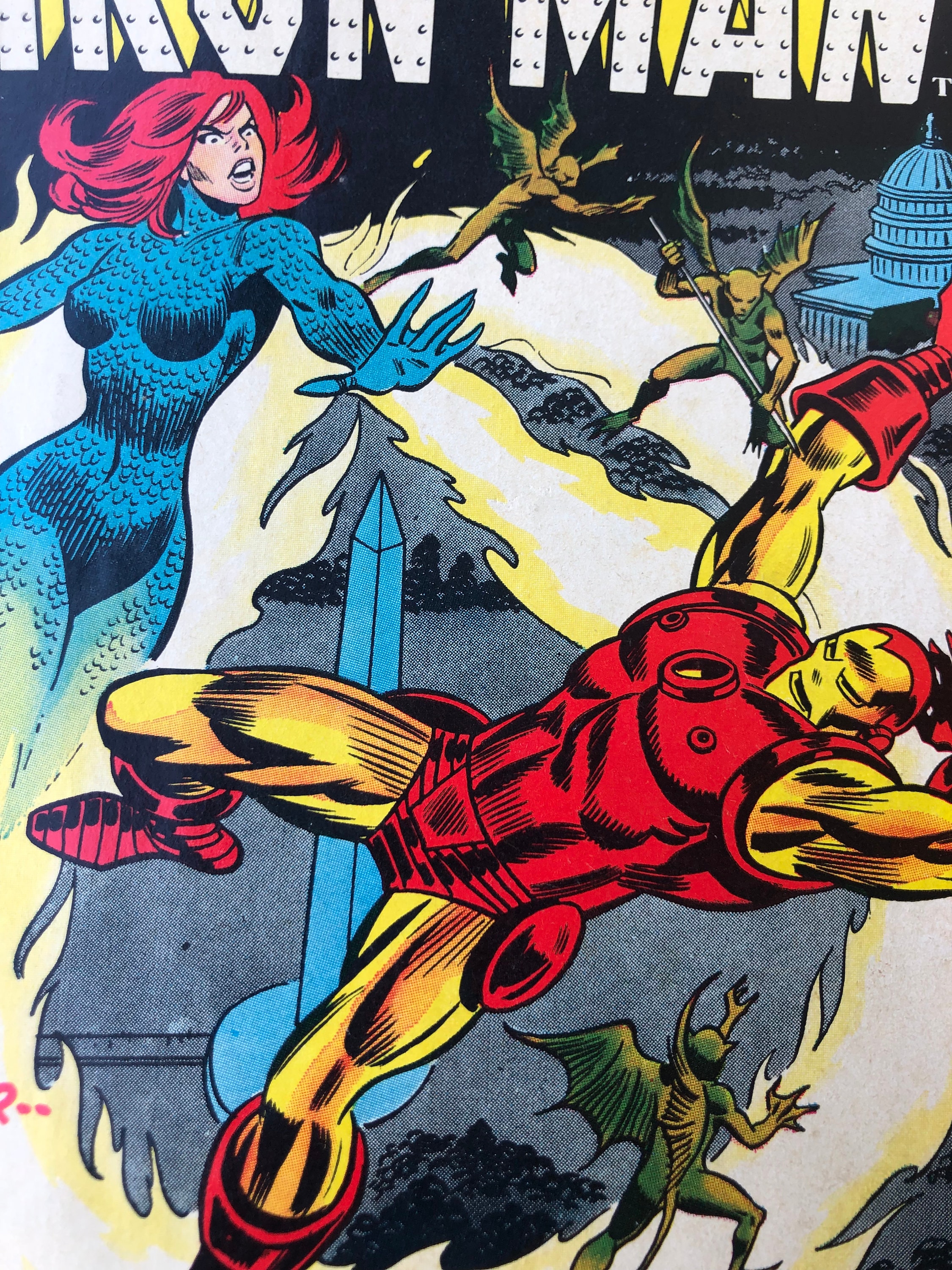 Here is a copy of Iron Man issue 42, released October 1971.
It is in used condition.
See pics for condition.


When Demons Wail!
Tony and Marianne are both haunted by nightmares of each other, but affirm their mutual love. In his hideout, Mr. Kline contacts his agent Mikas to destroy Iron Man. In a hospital, Jasper Sitwell tries to convince his doctor that he is fit enough to depart and rises from his hospital bed, only to soon collapse. Iron Man meets with Ben Crandal in Washington, but it turns out to be a trap to turn him over to Senator McJavit, who labels Iron Man an anarchist and takes him into custody. Mikas appears near Marianne and places her in a trance. As McJavit mocks Iron Man in his cell, an image of Mikas and Marianne appears with Marianne having assumed a demonic appearance. Iron Man smashes out of the cell to investigate. McJavit removes his "face" to reveal himself as Operative 12 and reports in to Mr. Kline, who then destroys him. Iron Man realizes that the image must have been an illusion, but a flash of light brings him to a demonic realm where Mikas and Marianne appear. Mikas claims to draw godlike power from the Earth and says he will help Marianne understand her ESP abilities. Iron Man battles Mikas but to no avail. As Iron Man grows woozy and passes out, Marianne seems to have accepted Mikas as her master.