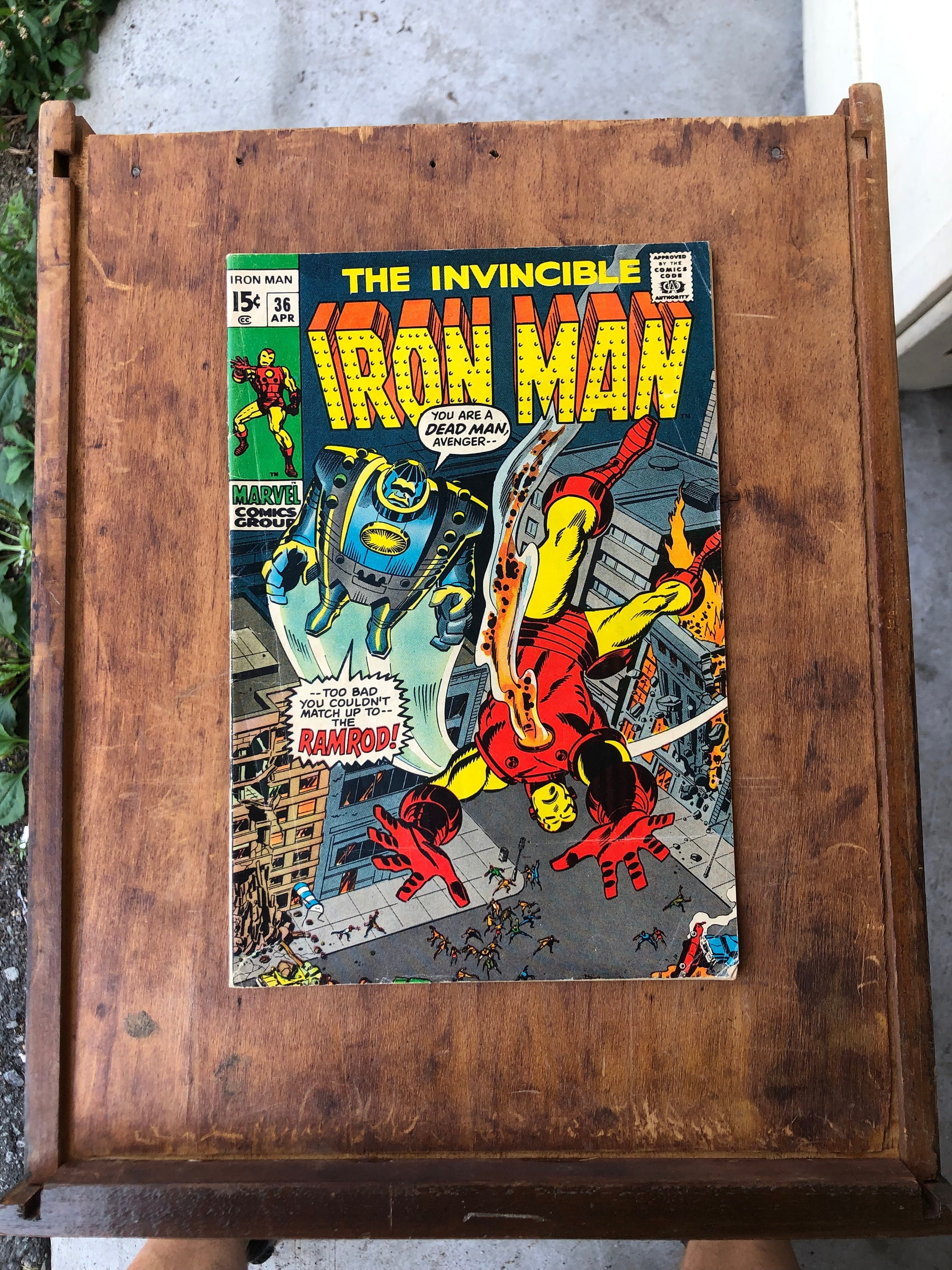 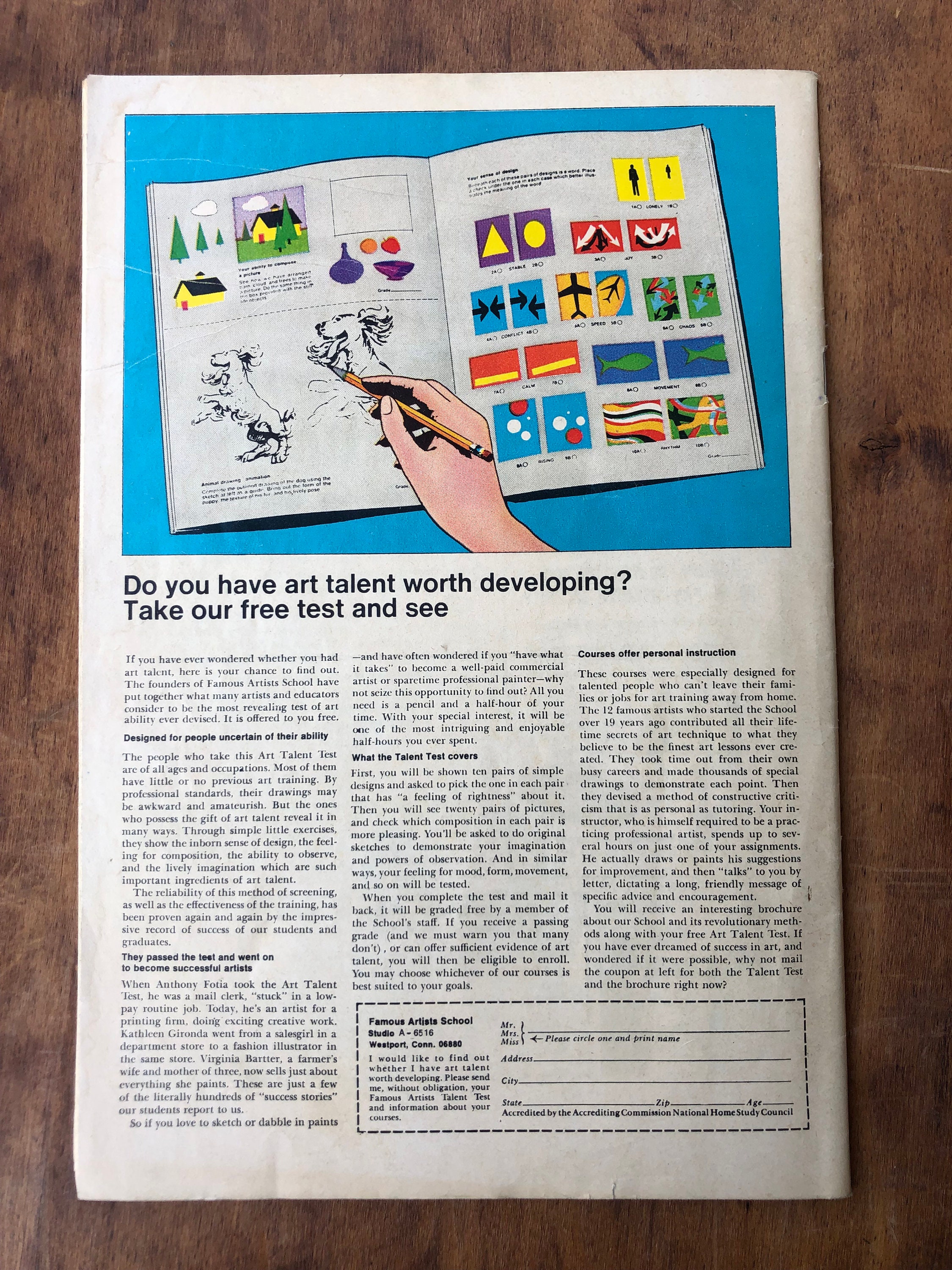 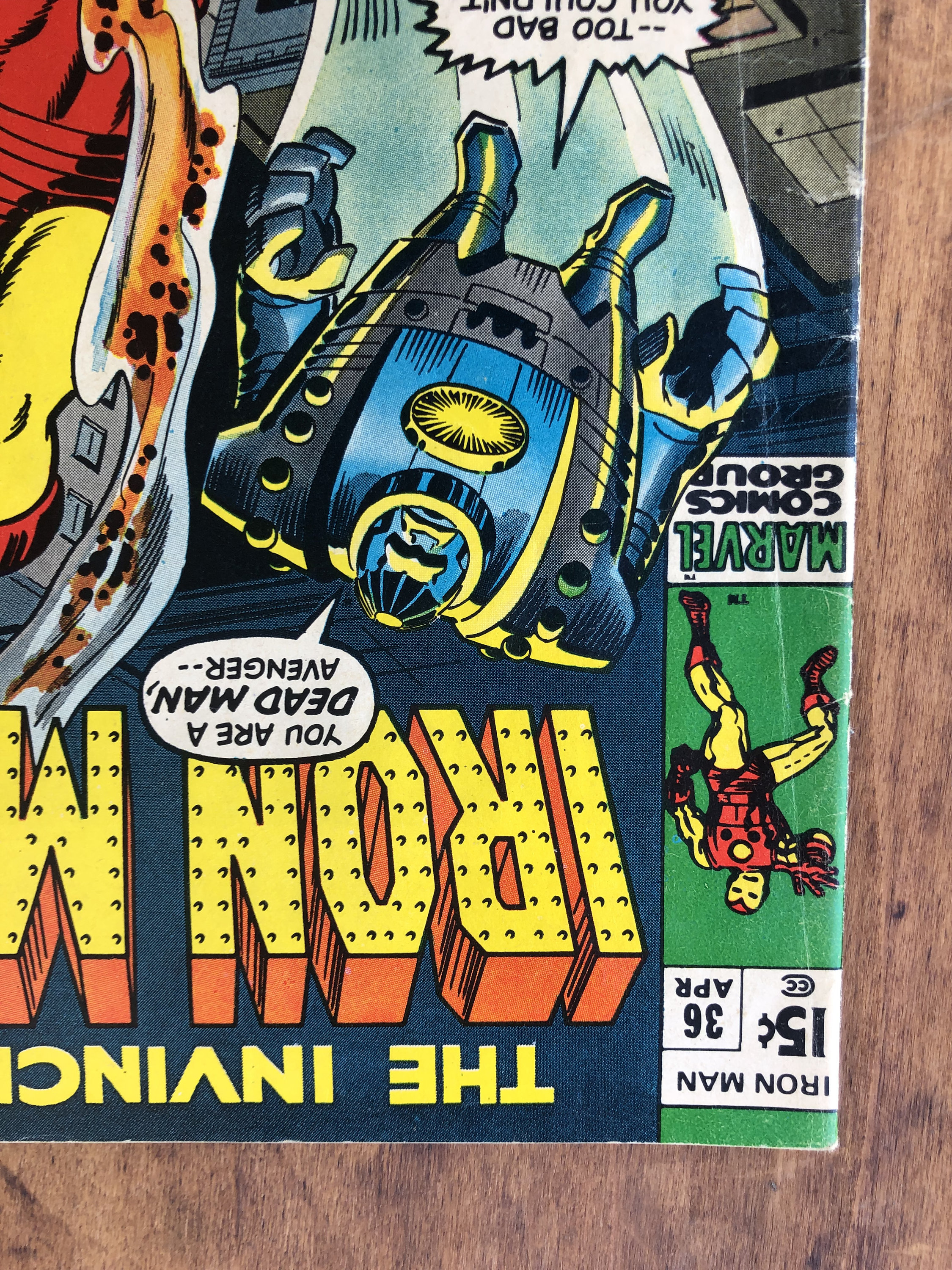 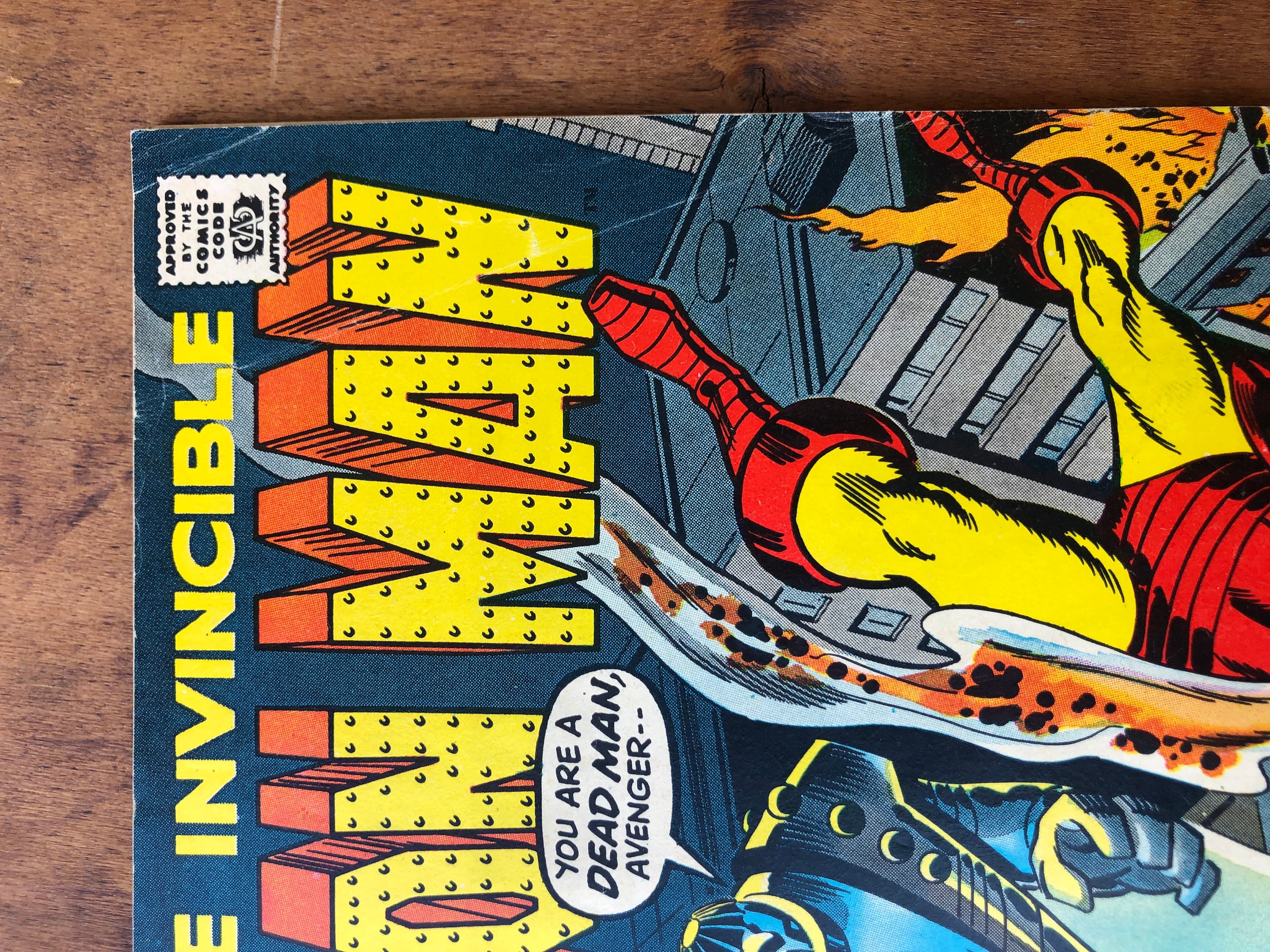 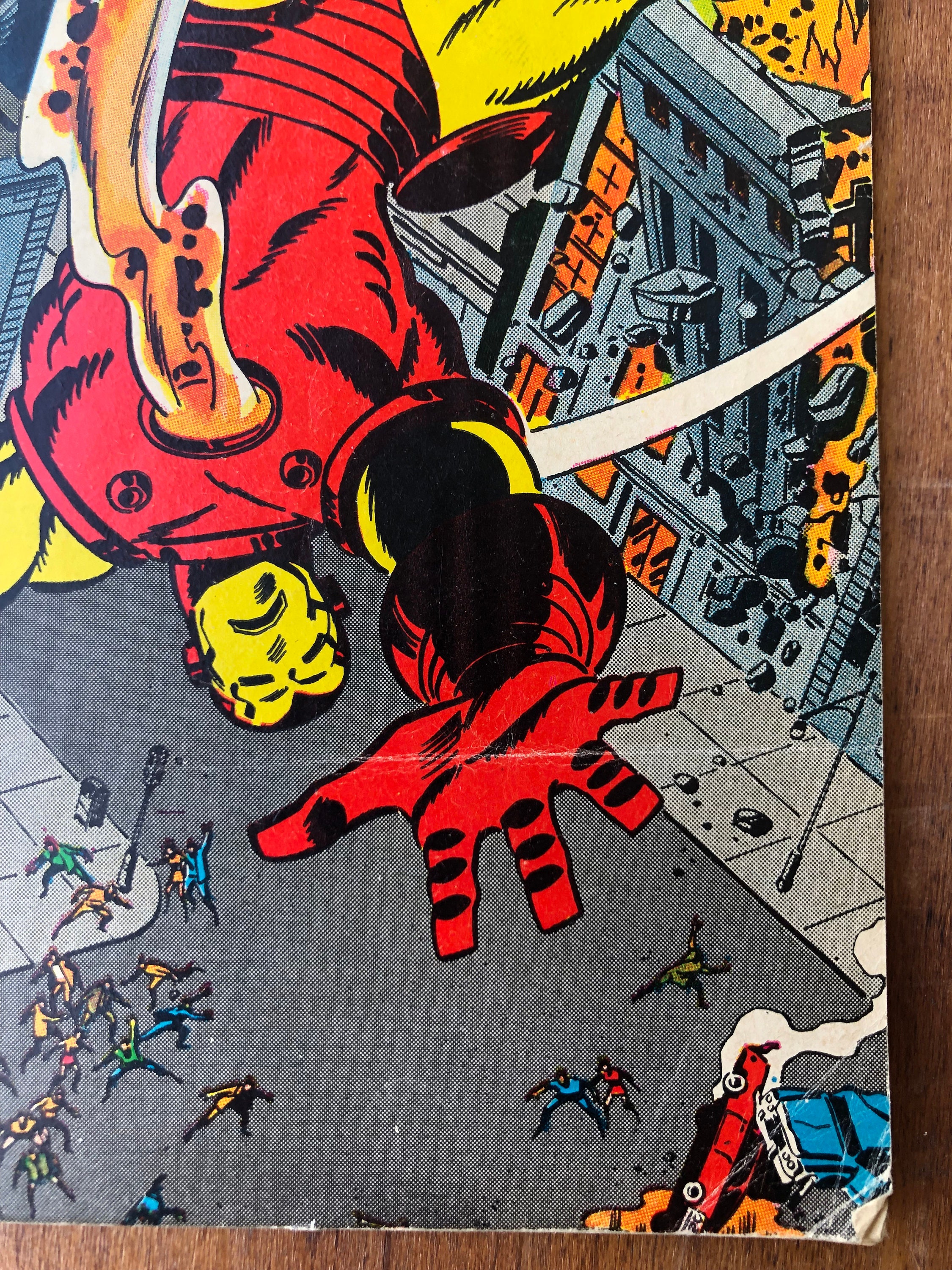 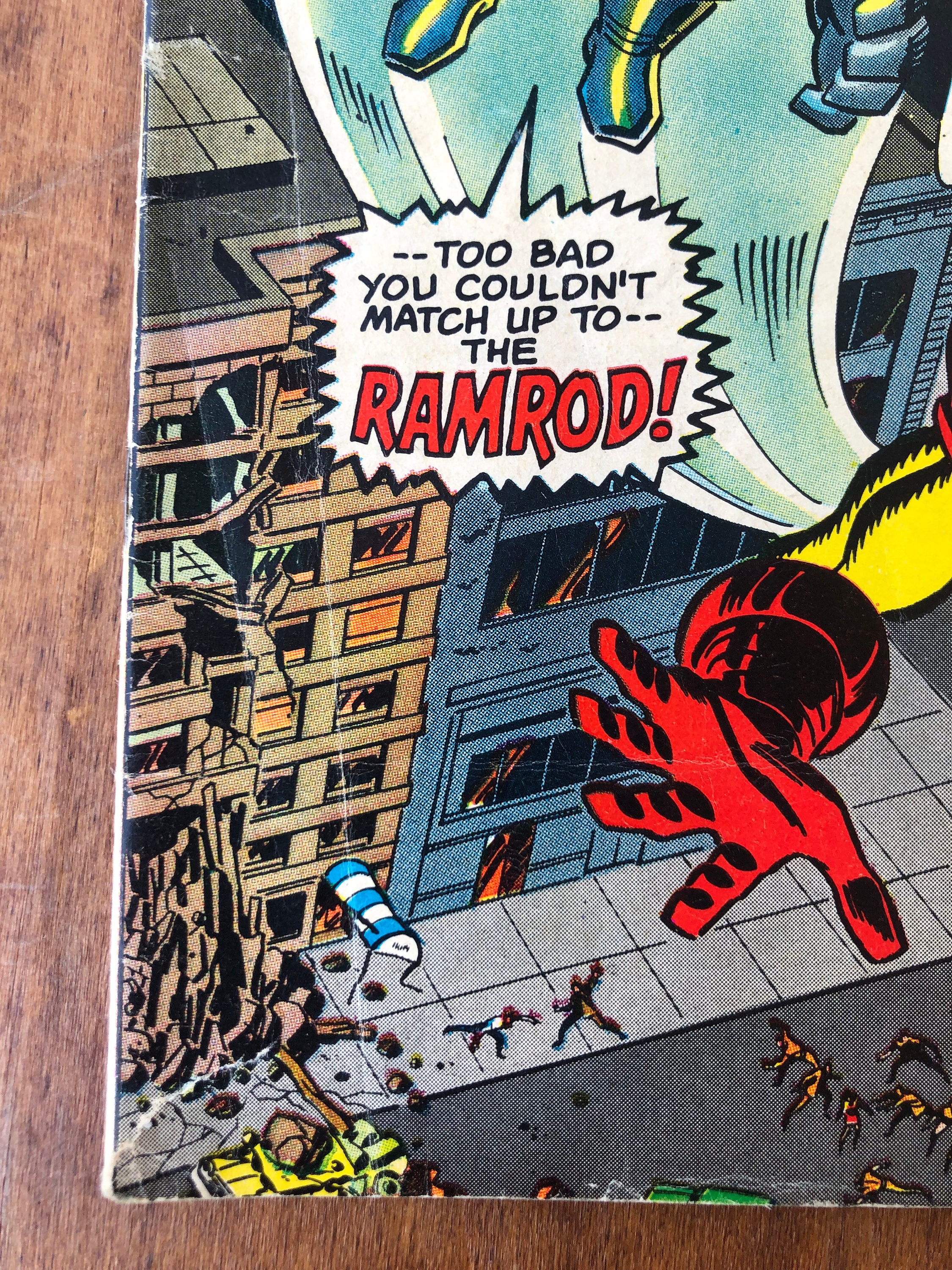 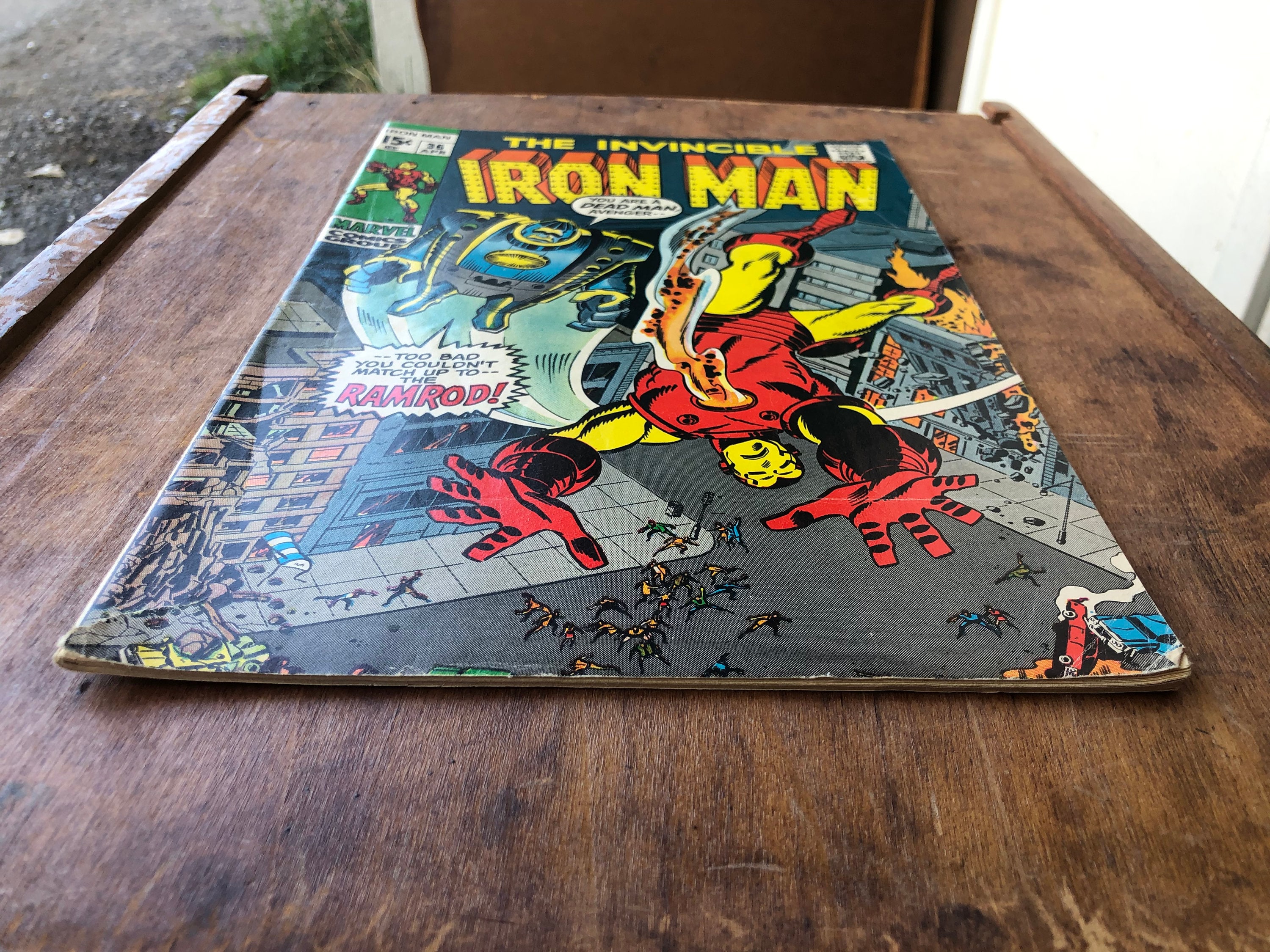 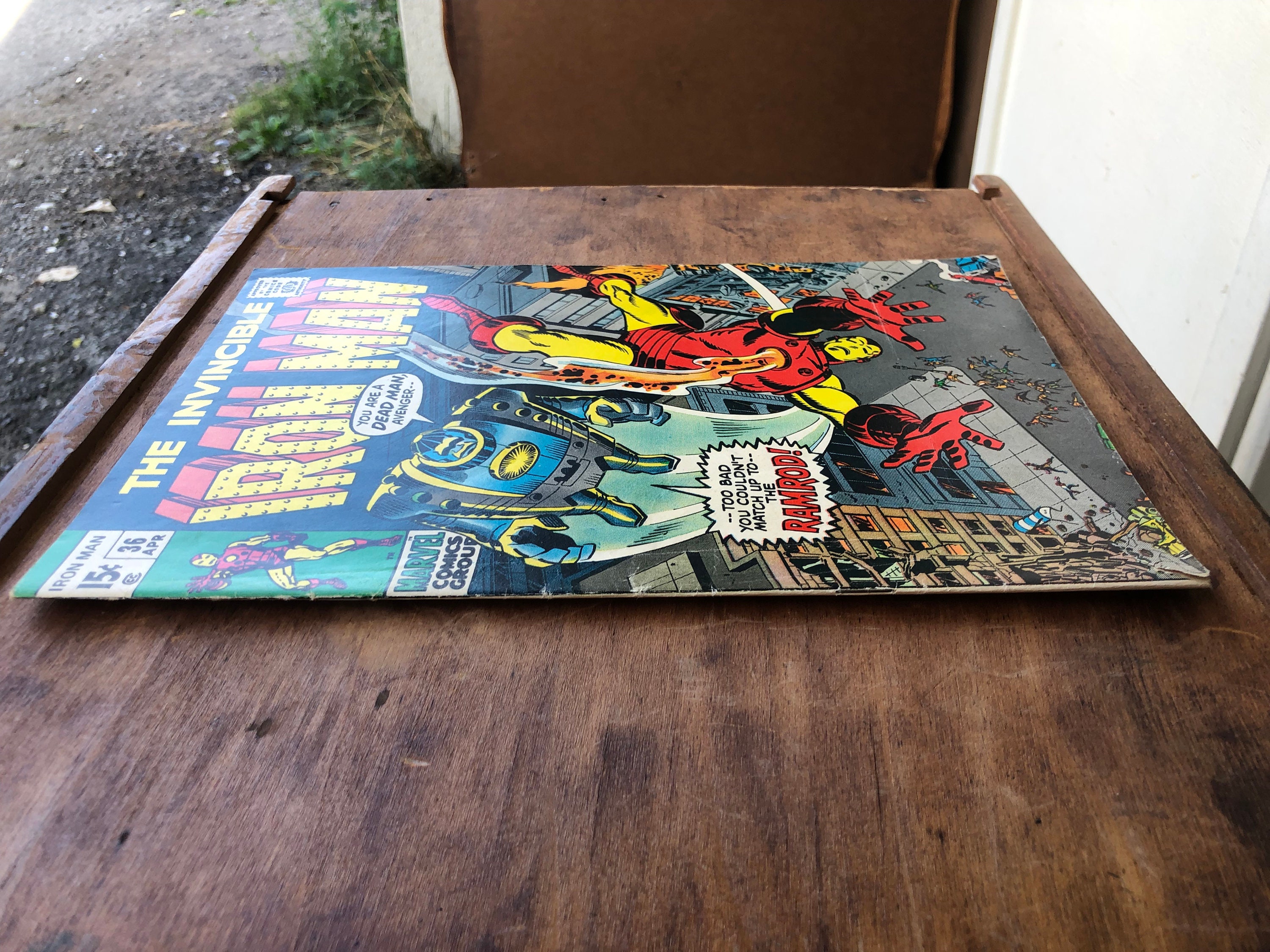 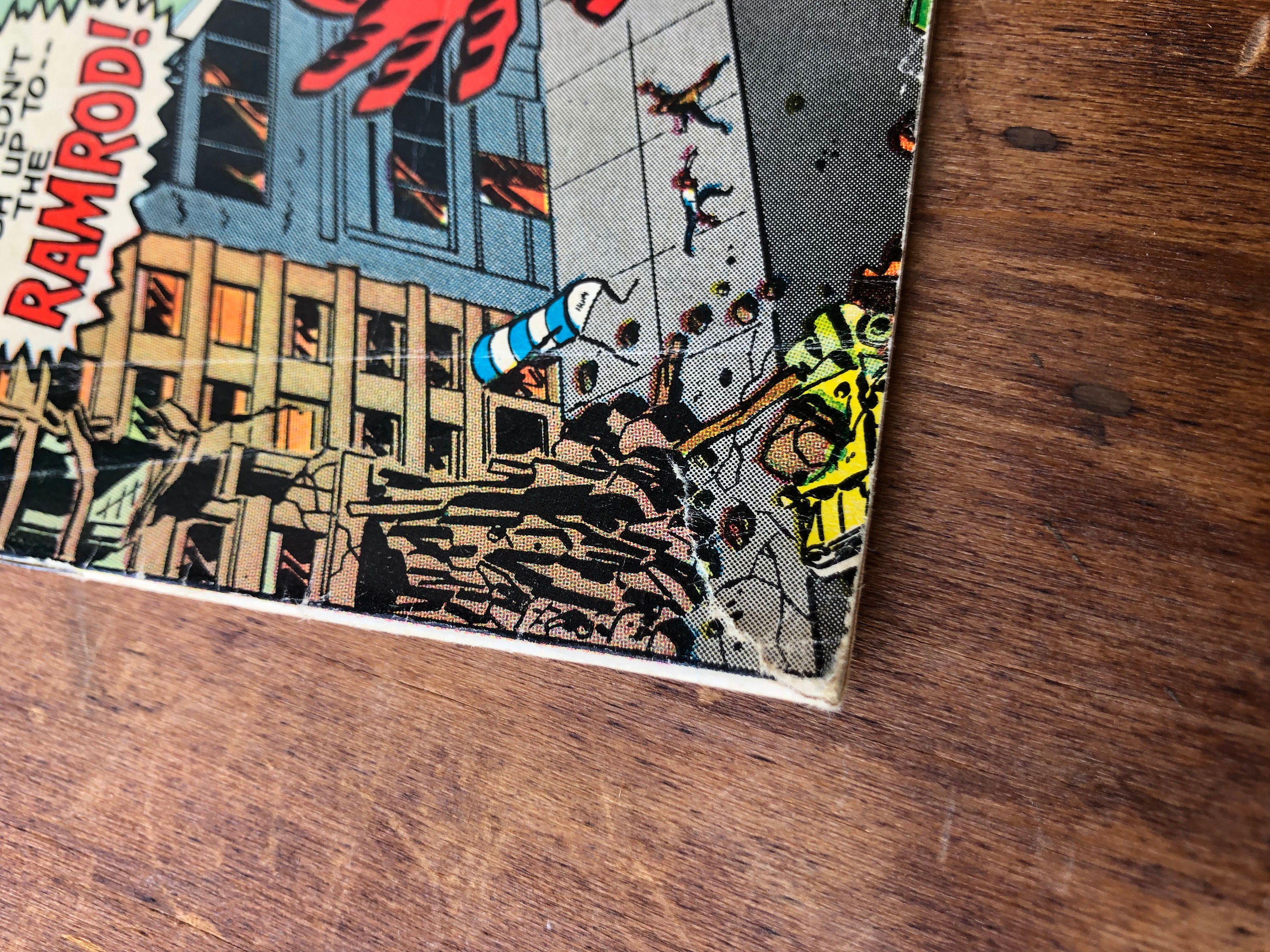 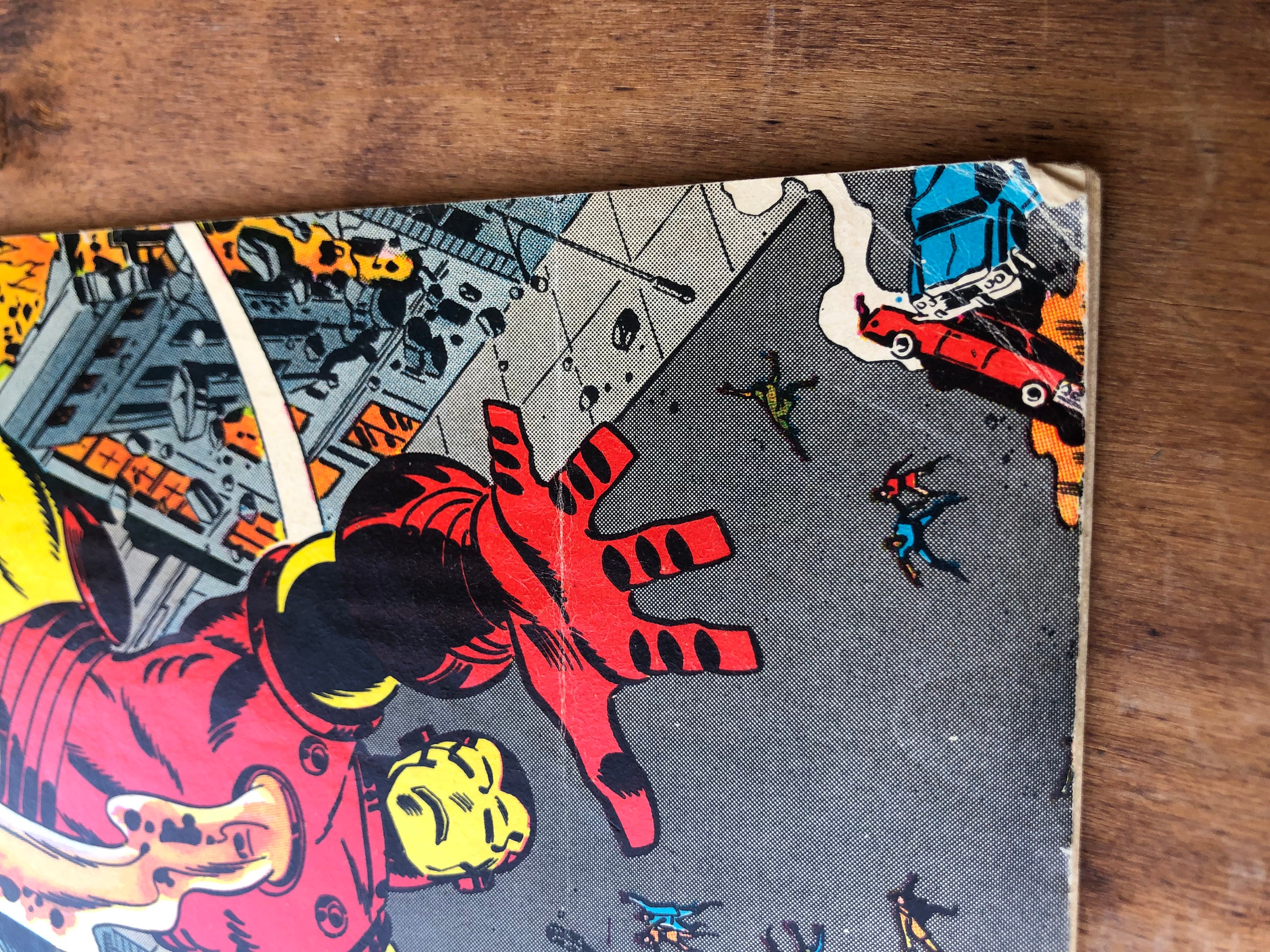 Here is a copy of Iron Man issue 36, released April 1971.
It is in used condition.
See pics for condition.


Among Men Stalks The RAMROD!

Returned to the Earth dimension by the Priest of the Ahnk, Iron Man, Daredevil, Madame Masque and Nick Fury all continue their battle against Capricorn, Sagittarius, Aquarius, and Spymaster. However, Spymaster manages to elude Iron Man, and the members of Zodiac manage to bargain for their freedom by threatening to kill Madame Masque. Afterwards, Masque confides in Iron Man about how she feels towards Jasper Sitwell and that she feels that she should end things with Tony Stark, totally unaware that Iron Man is Stark himself. Back at Stark Industries, Tony is upset that Madame Masque is going to end things with him. Feeling that he needs a vacation, he leaves the plant in the care of Kevin O'Brian. Tony then organizes a date with Marianne Rodgers, however their date is interupted by the arrival of an android named Ramrod, who was sent out by a group it refers to as the "Changers" to prepare for their arrival. Leaving Marianne, Tony changes into Iron Man and battles the android. However, it proves too powerful and Iron Man overworks himself causing strain on his heart that takes him out of the battle and to the brink of death.