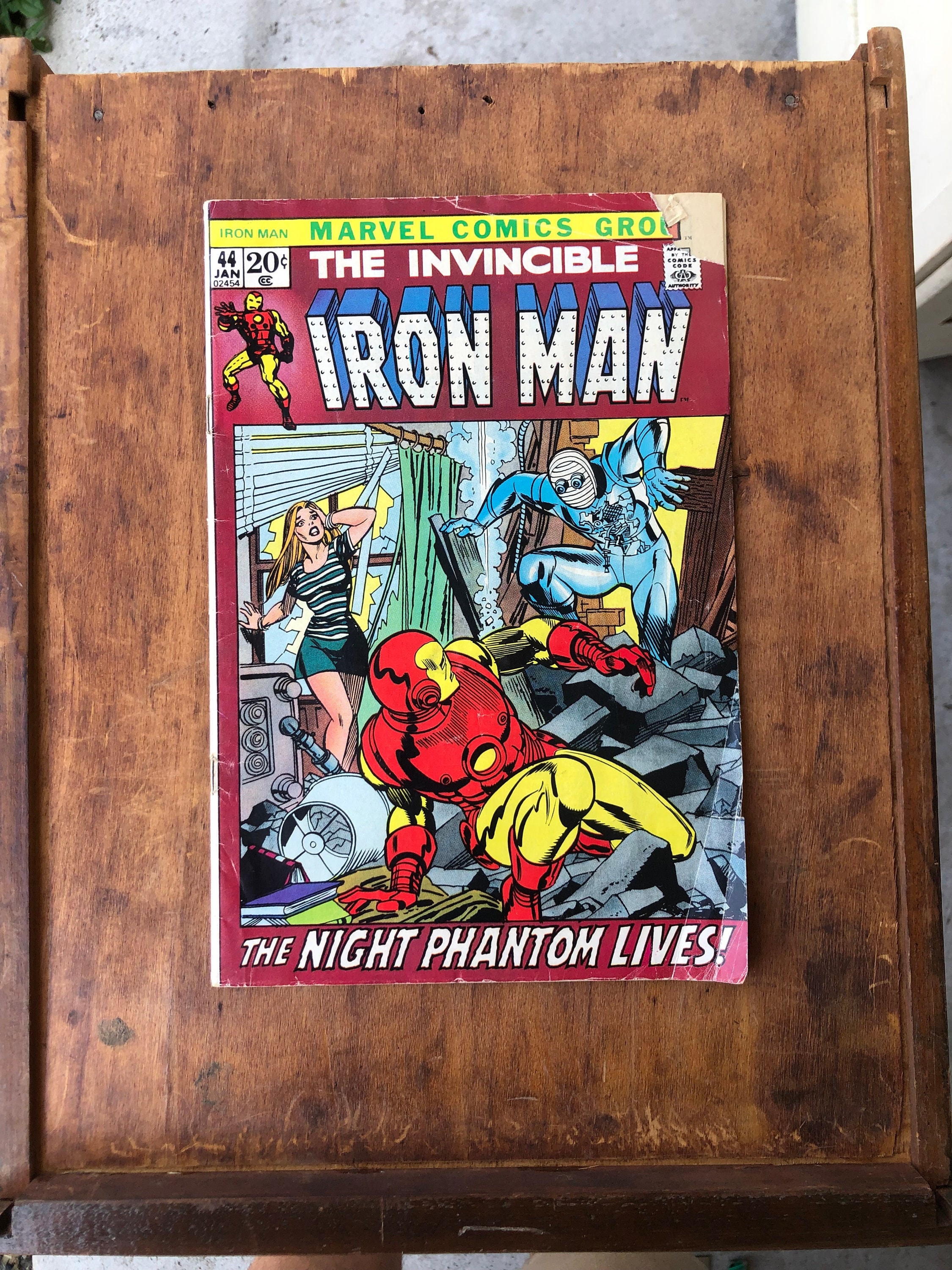 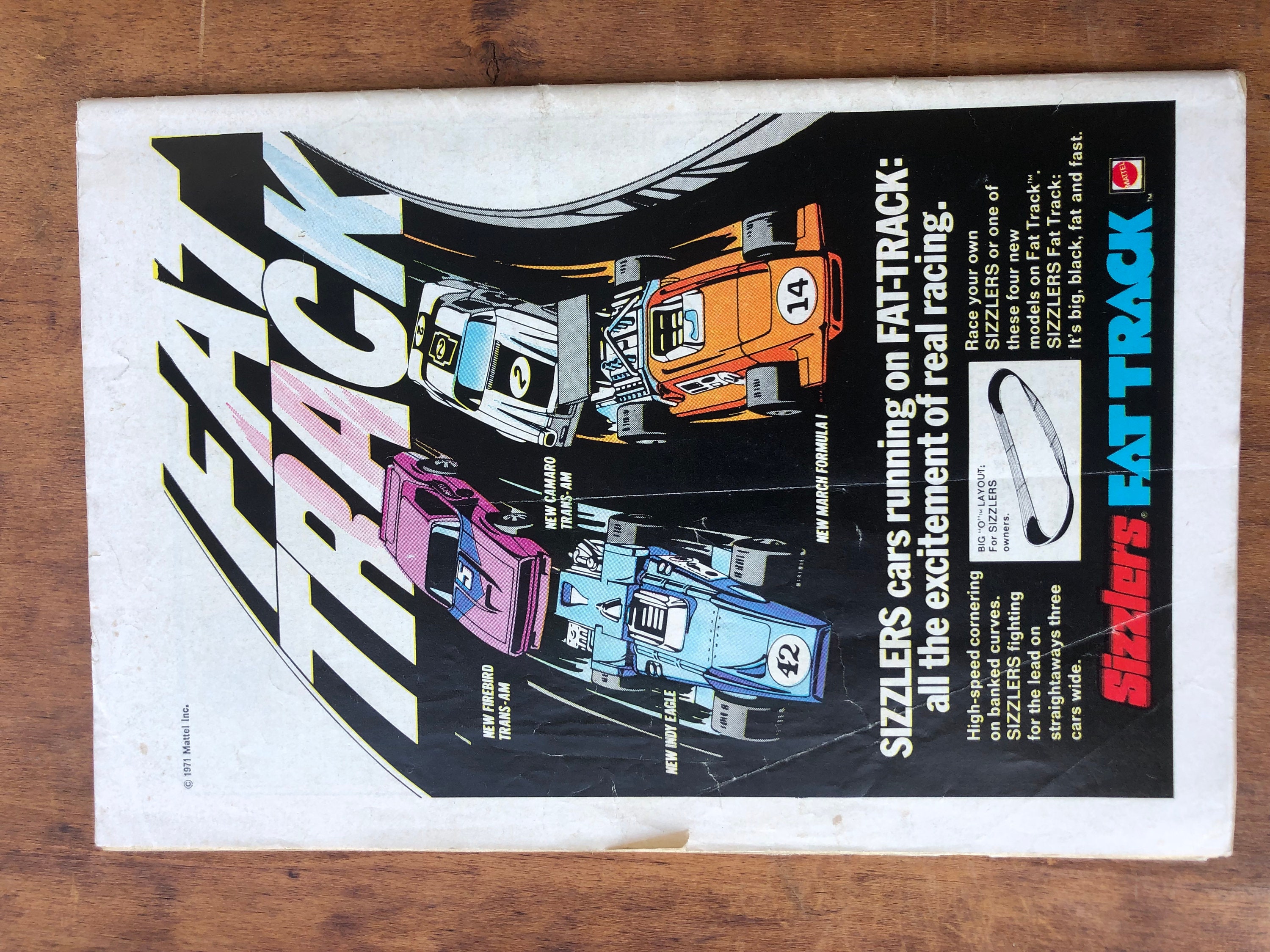 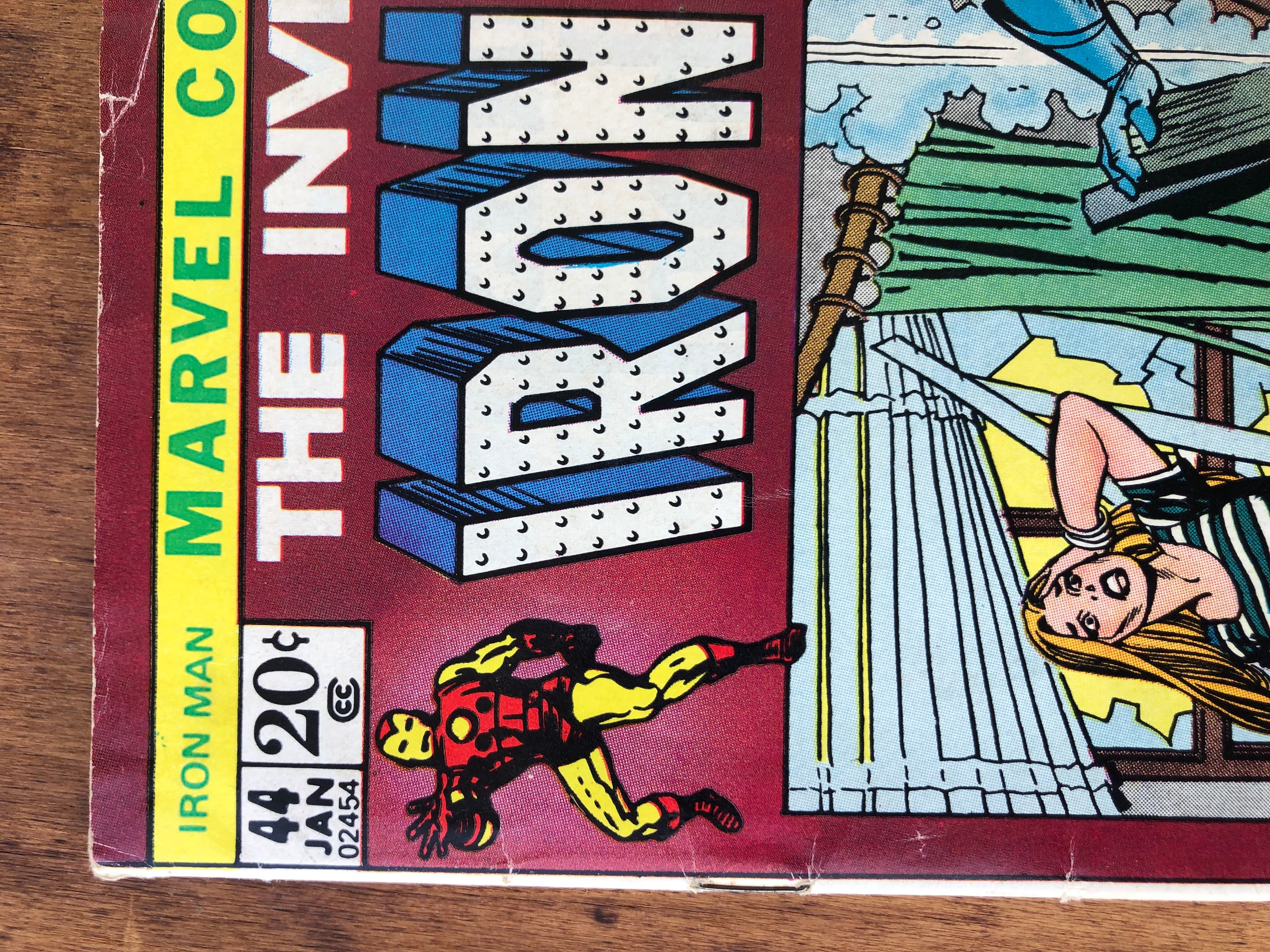 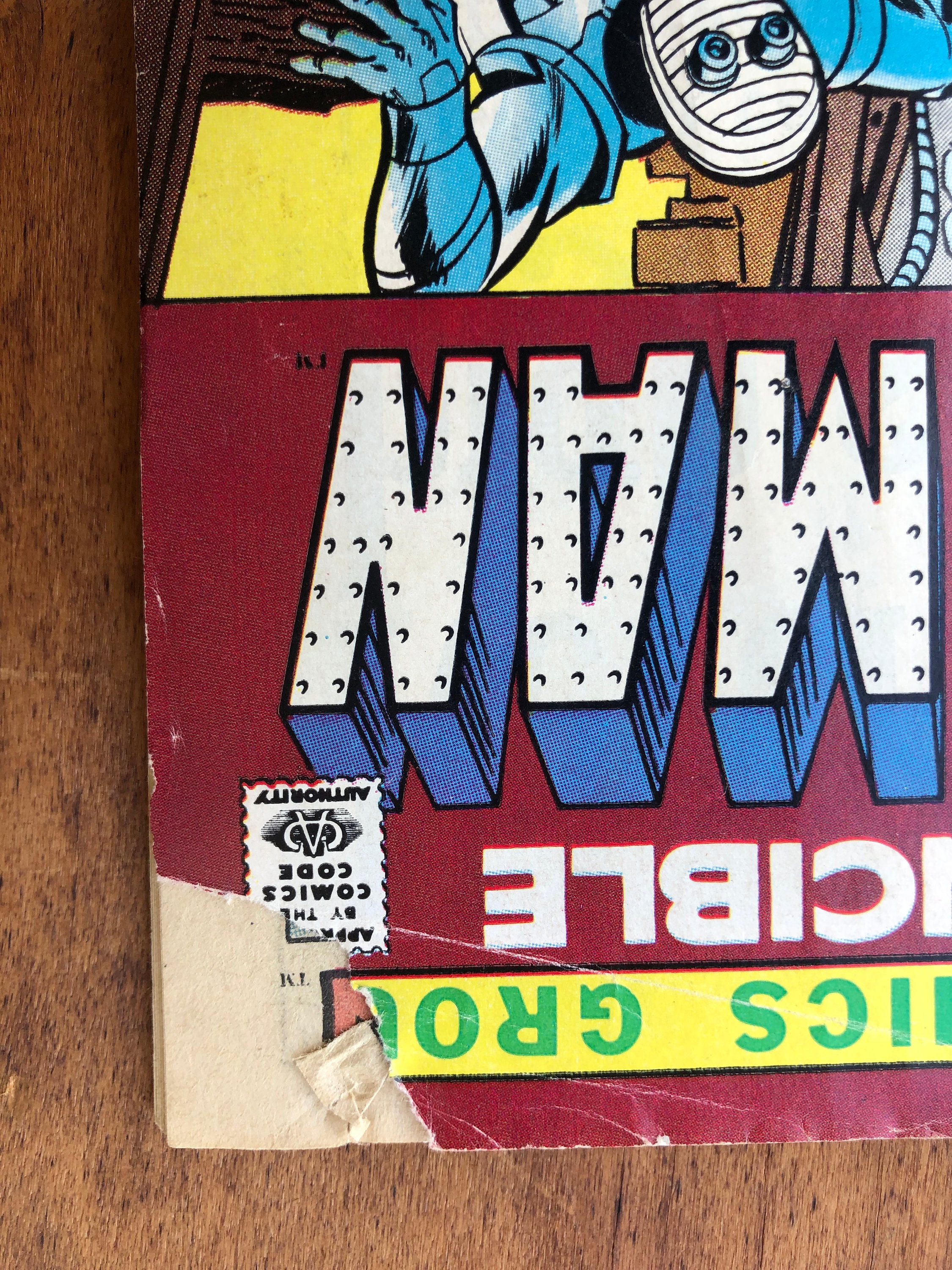 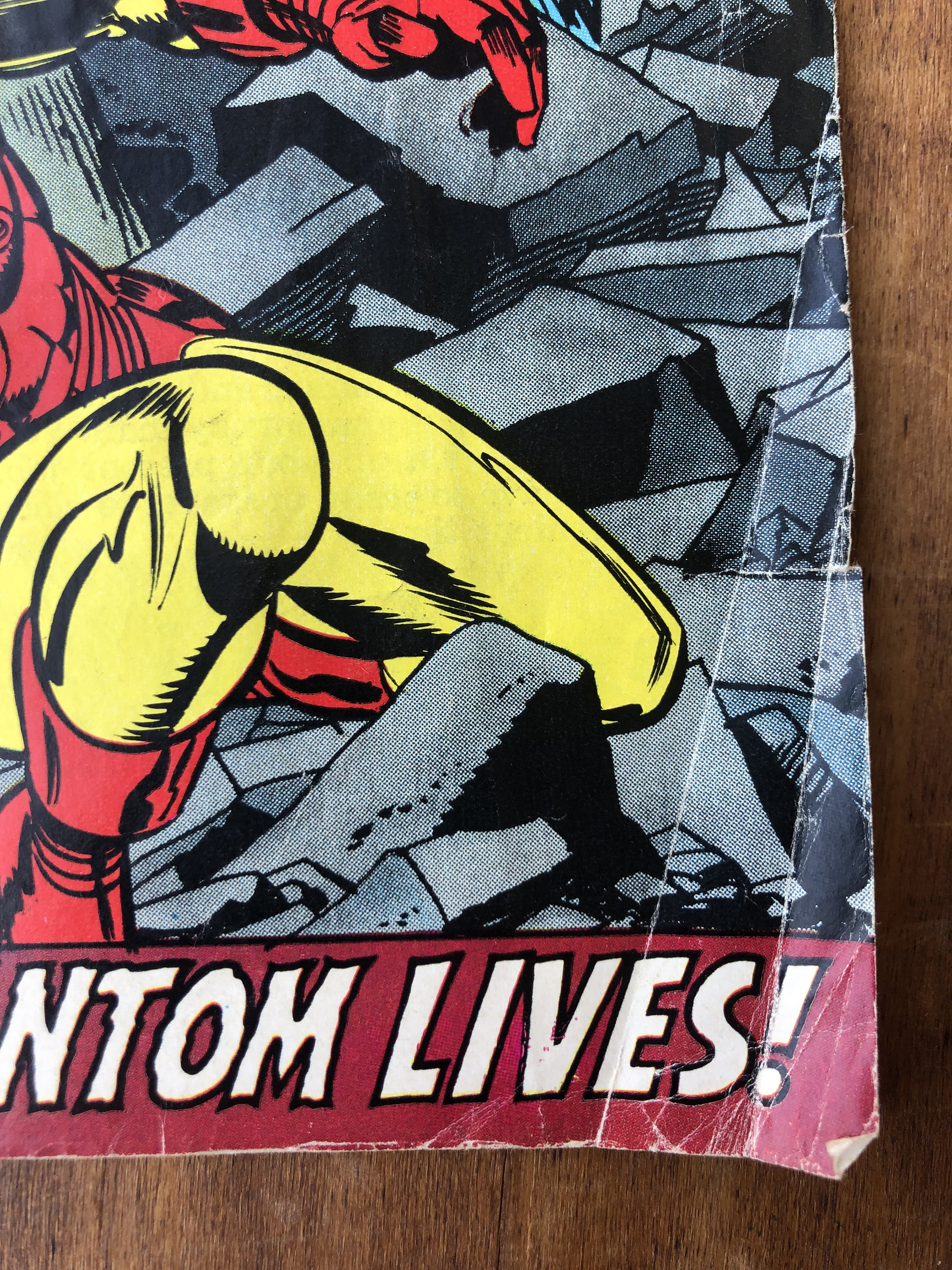 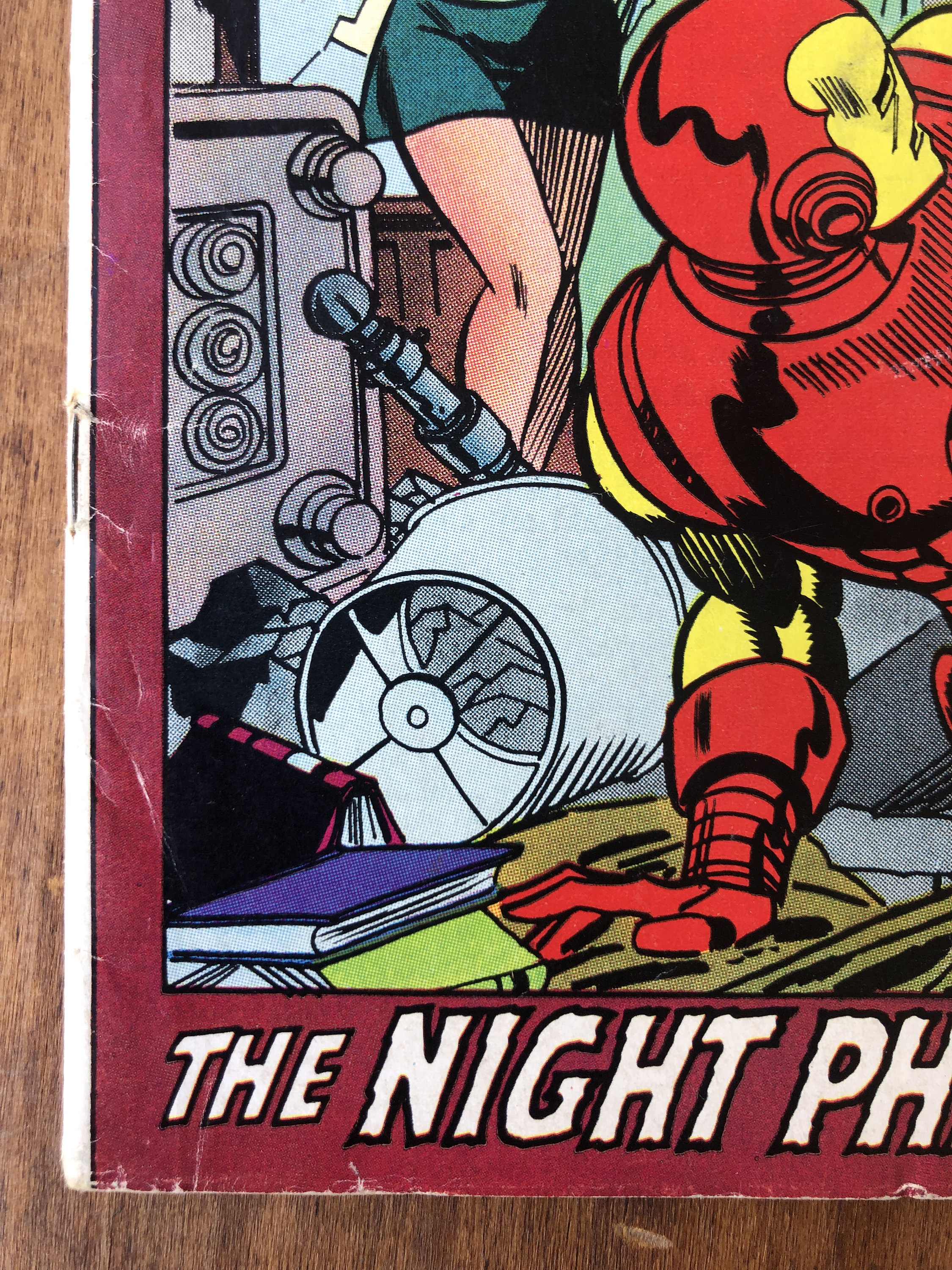 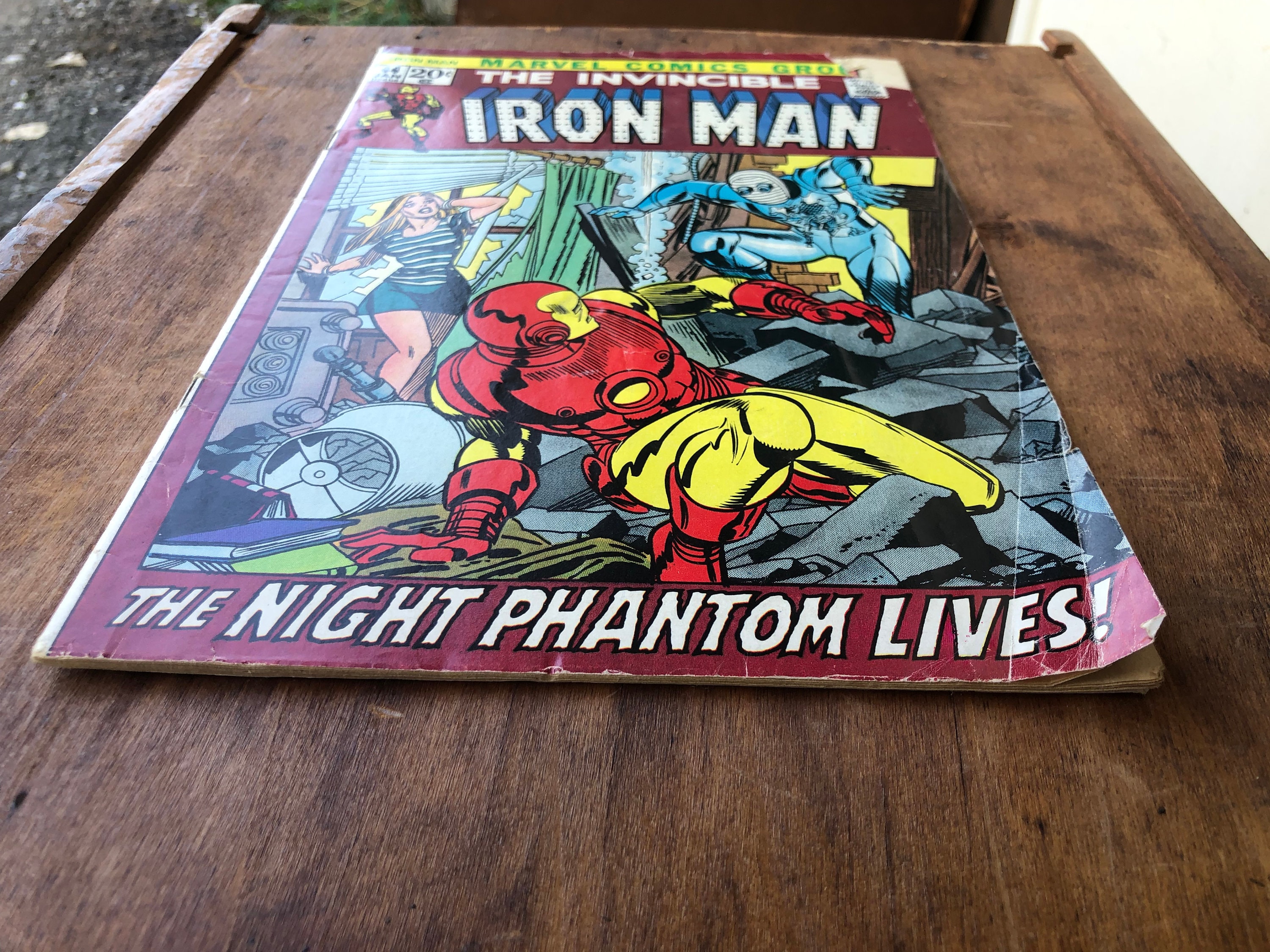 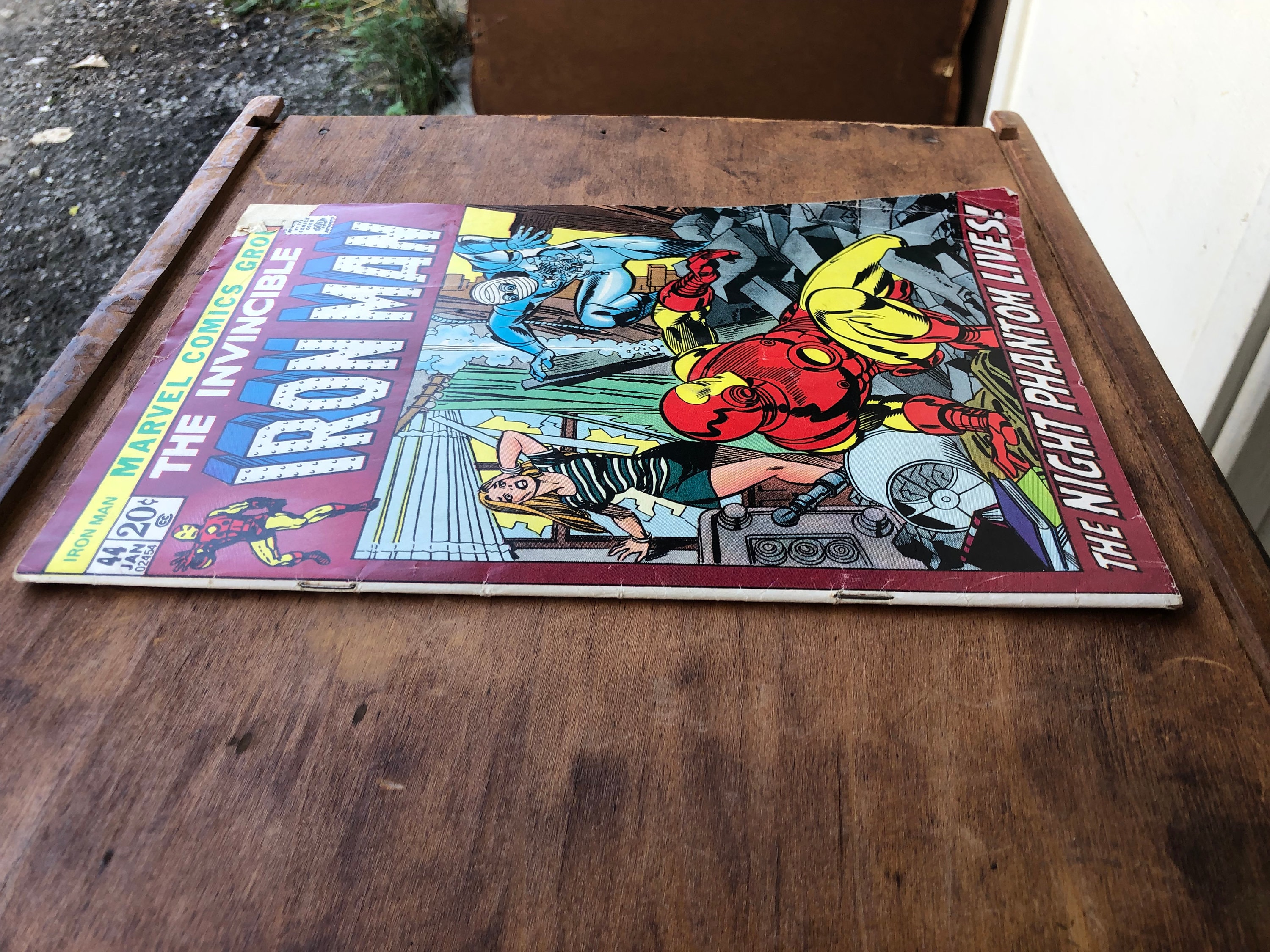 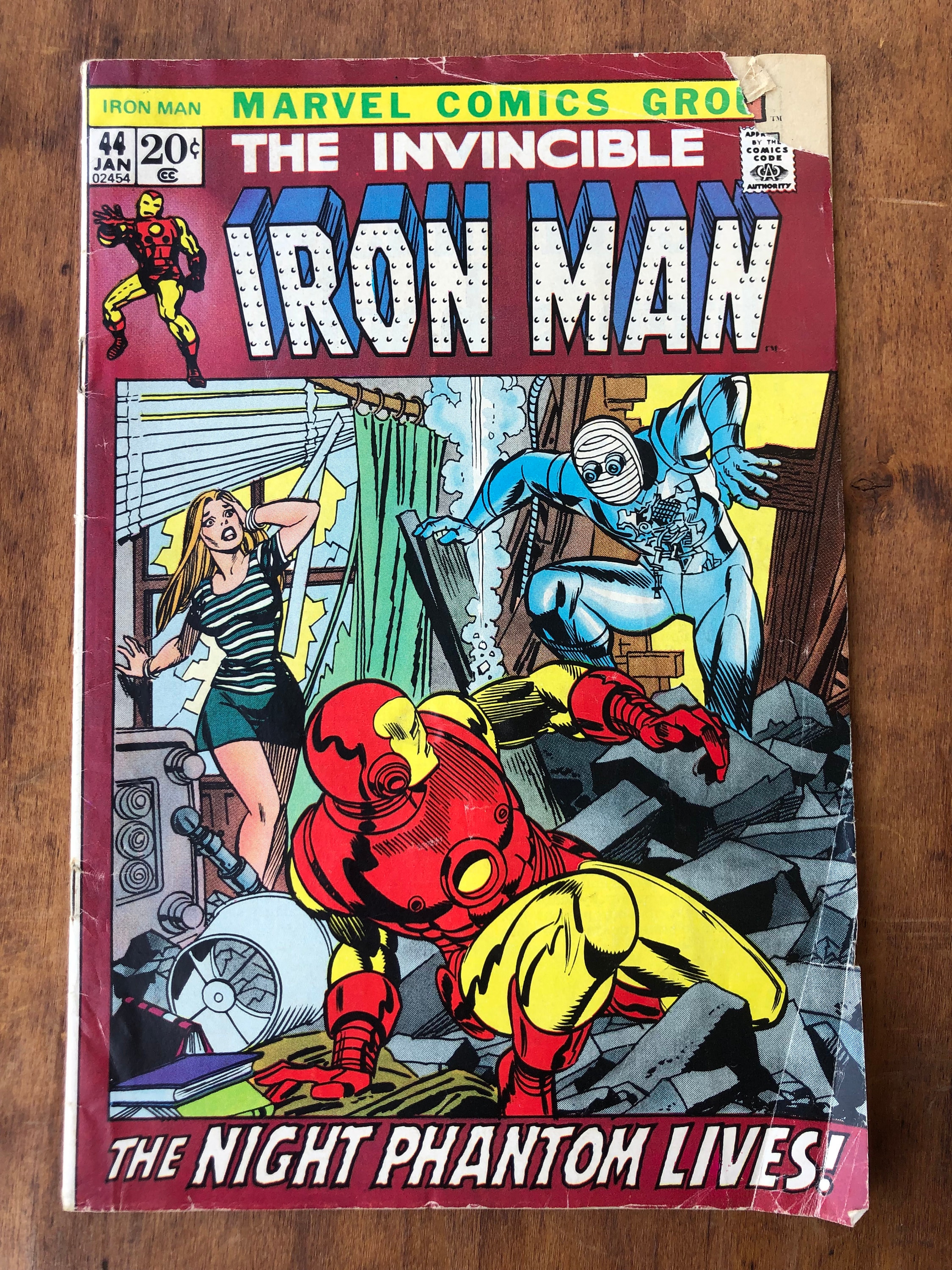 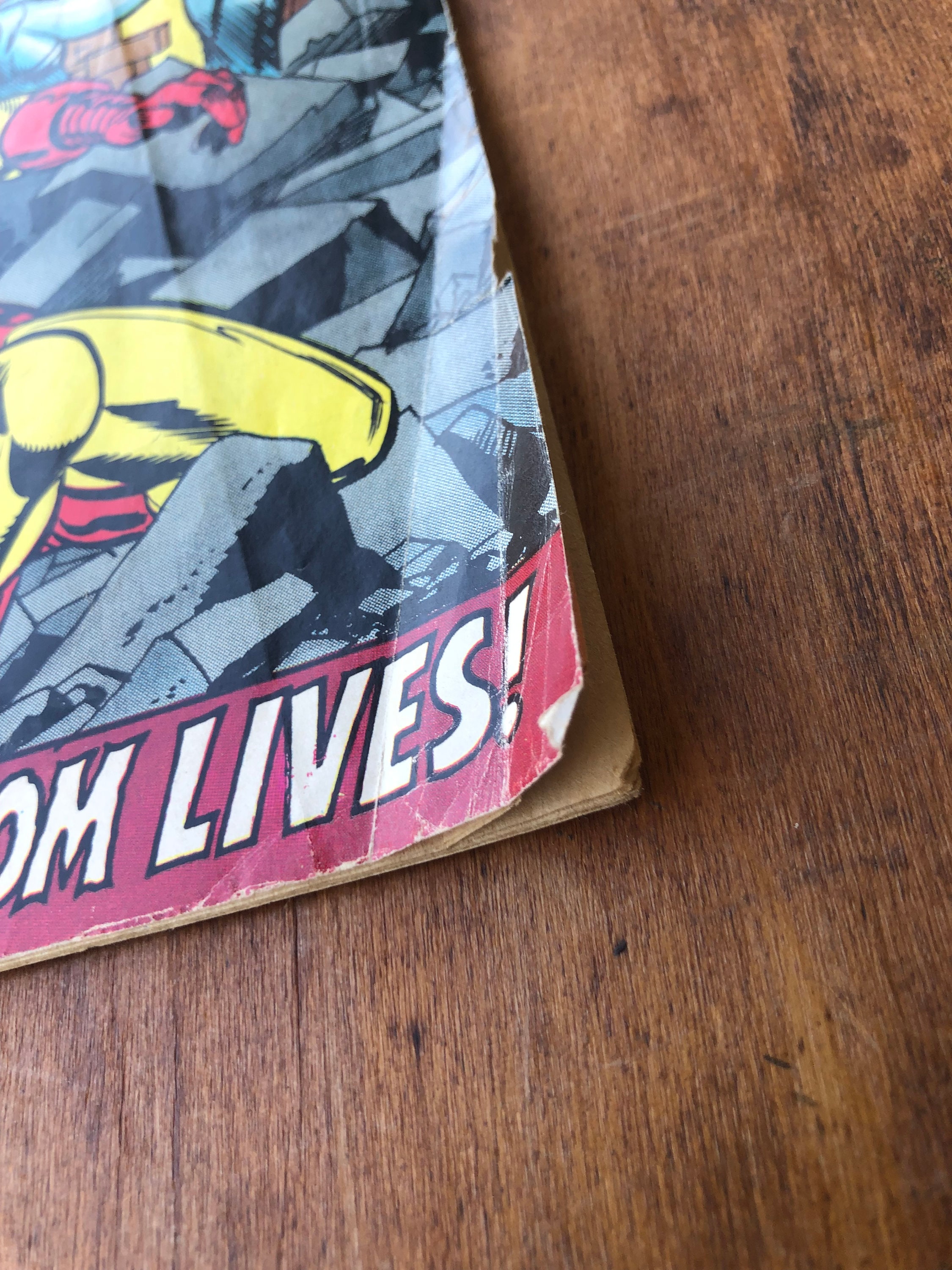 Here is a copy of Iron Man issue 44, released January 1972.
It is in used condition.
See pics for condition.


Weep For A Lost NIGHTMARE!
The Guardsman brings Iron Man to Avengers Mansion. Captain America momentarily mistakes Guardsman for a foe. The Guardsman uses the mansion's equipment to repair Tony's pacemaker. Elsewhere, Mr. Kline fumes over his inability to control Stark's mind, but beginning to influence his subconscious, sends him nightmare images of the Night Phantom. Mr. Kline has also built a Night Phantom robot. As Tony recovers at his penthouse, Kevin finds his attraction to Marianne difficult to control. After Kevin leaves, the Night Phantom robot invades the penthouse and menaces Marianne. Tony drags himself from his wheelchair to become Iron Man and fights, only realizing when he smashes its chest that he is facing another of Mr. Kline's robots.