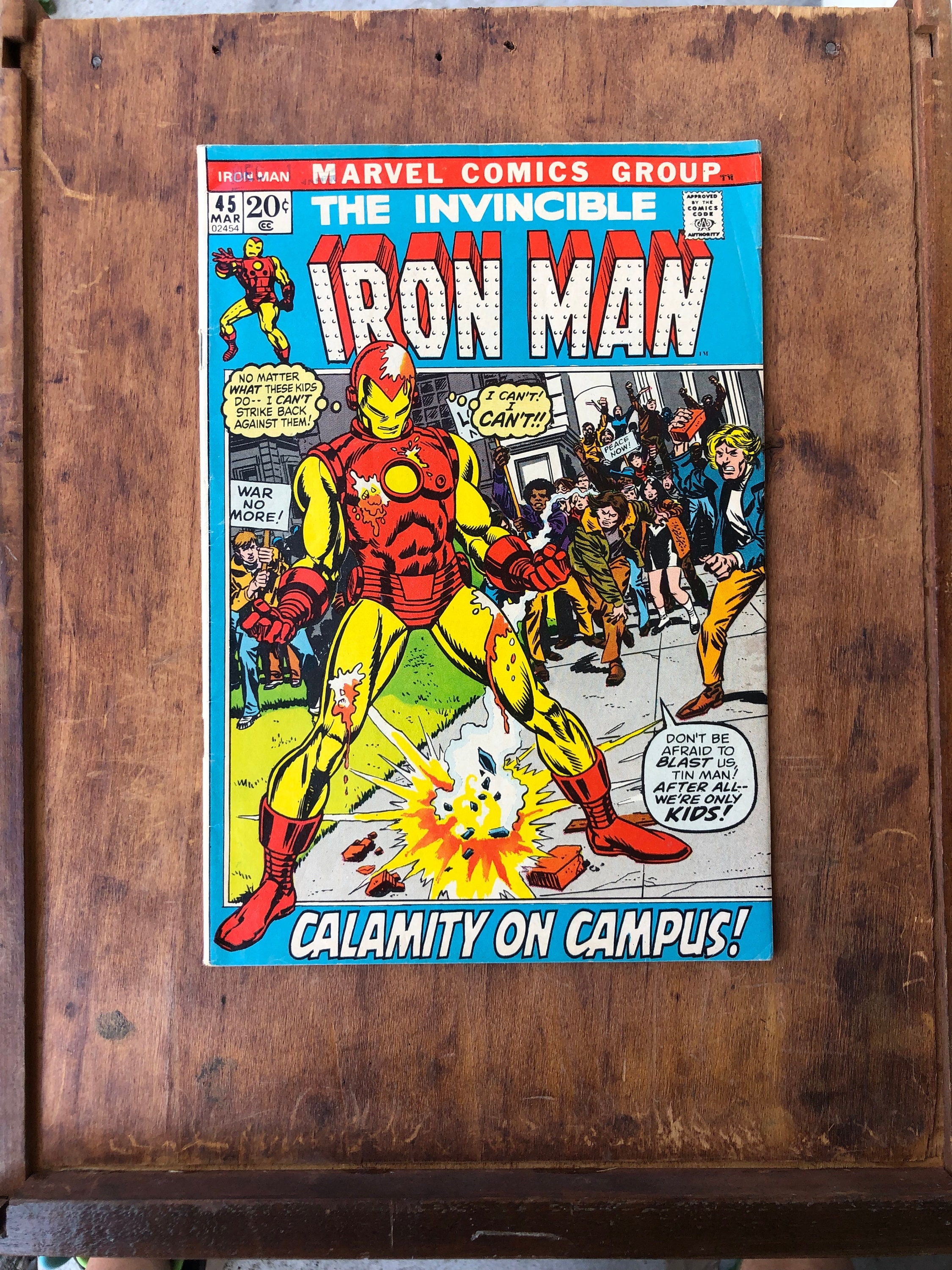 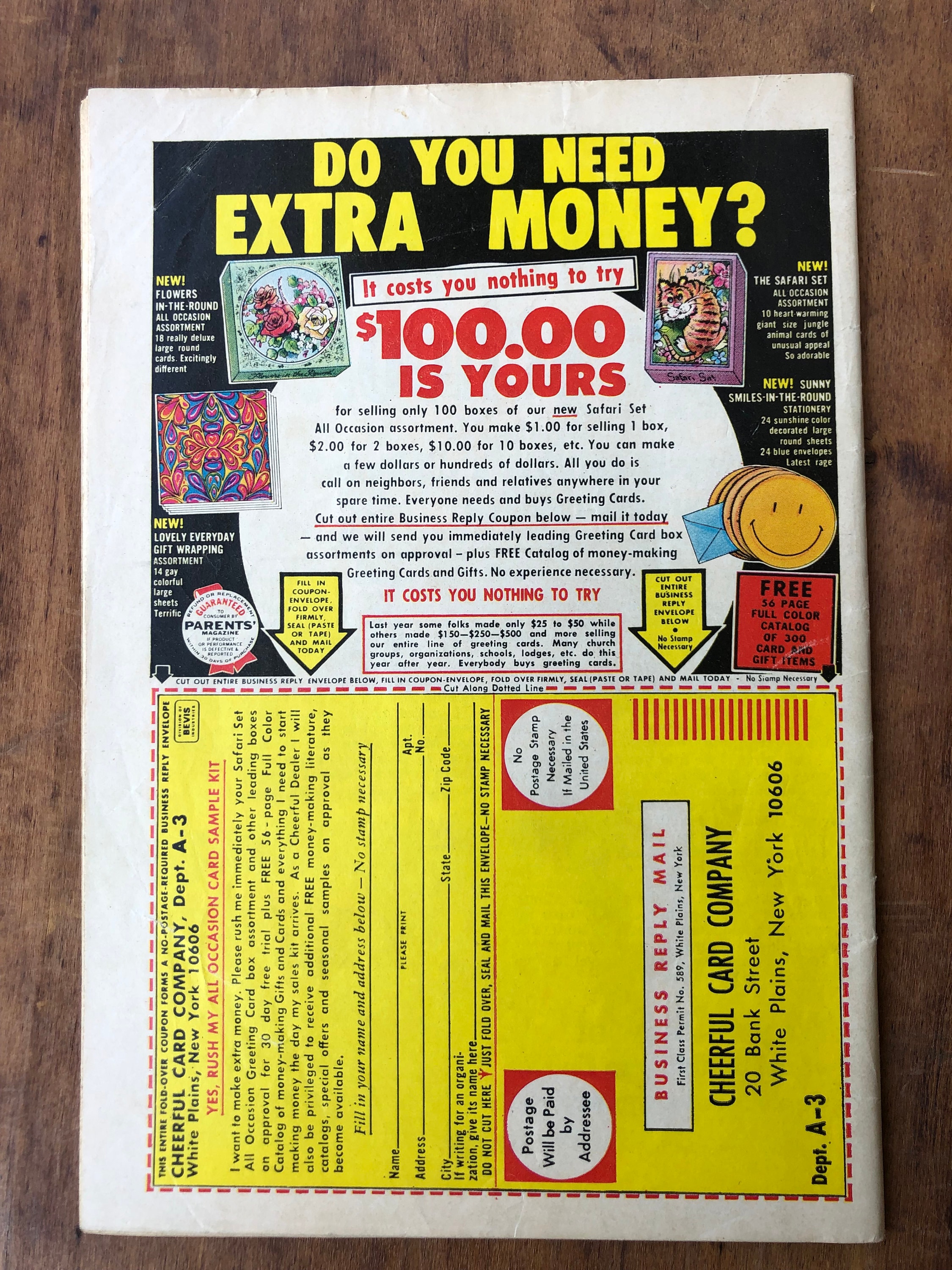 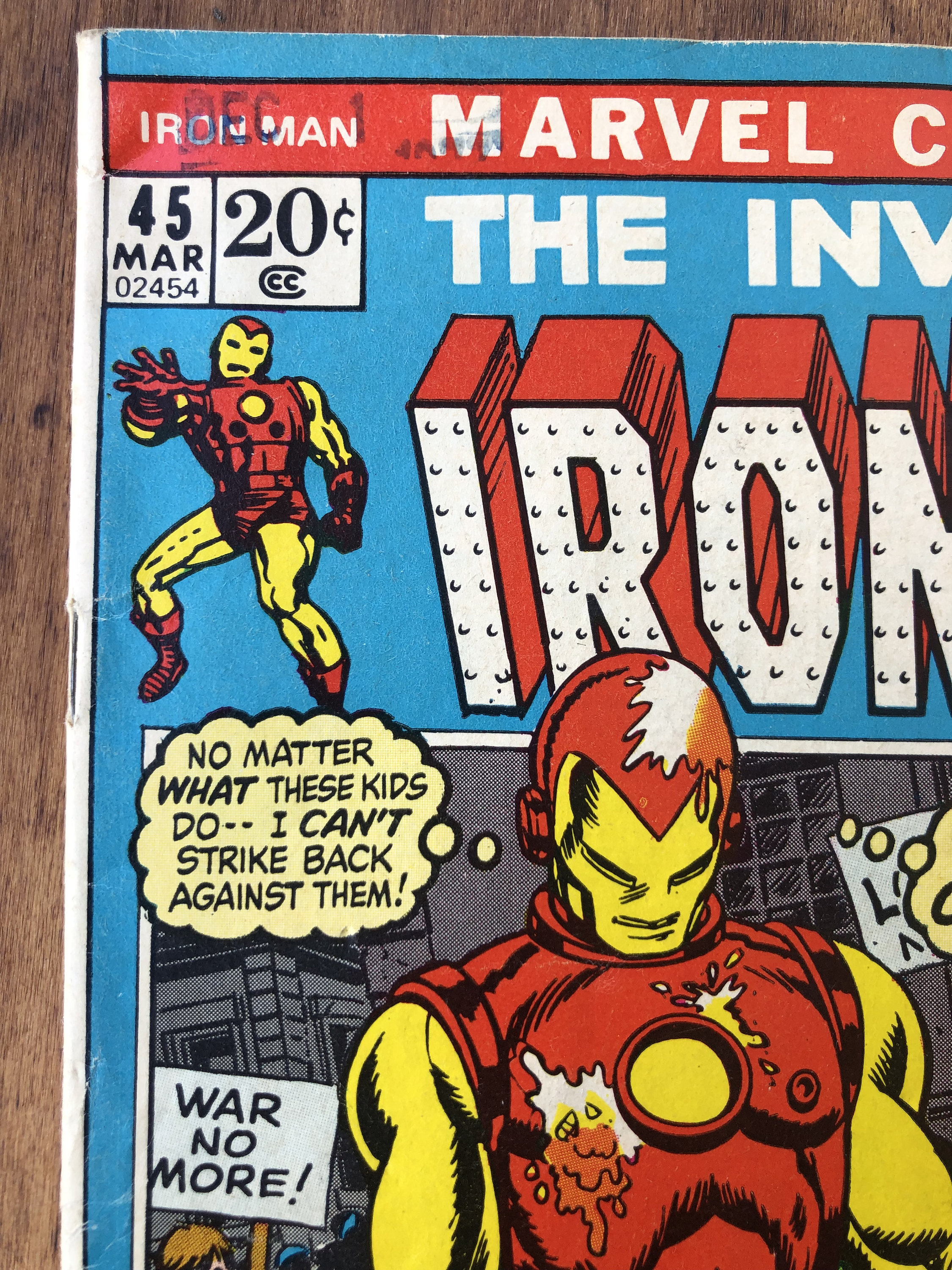 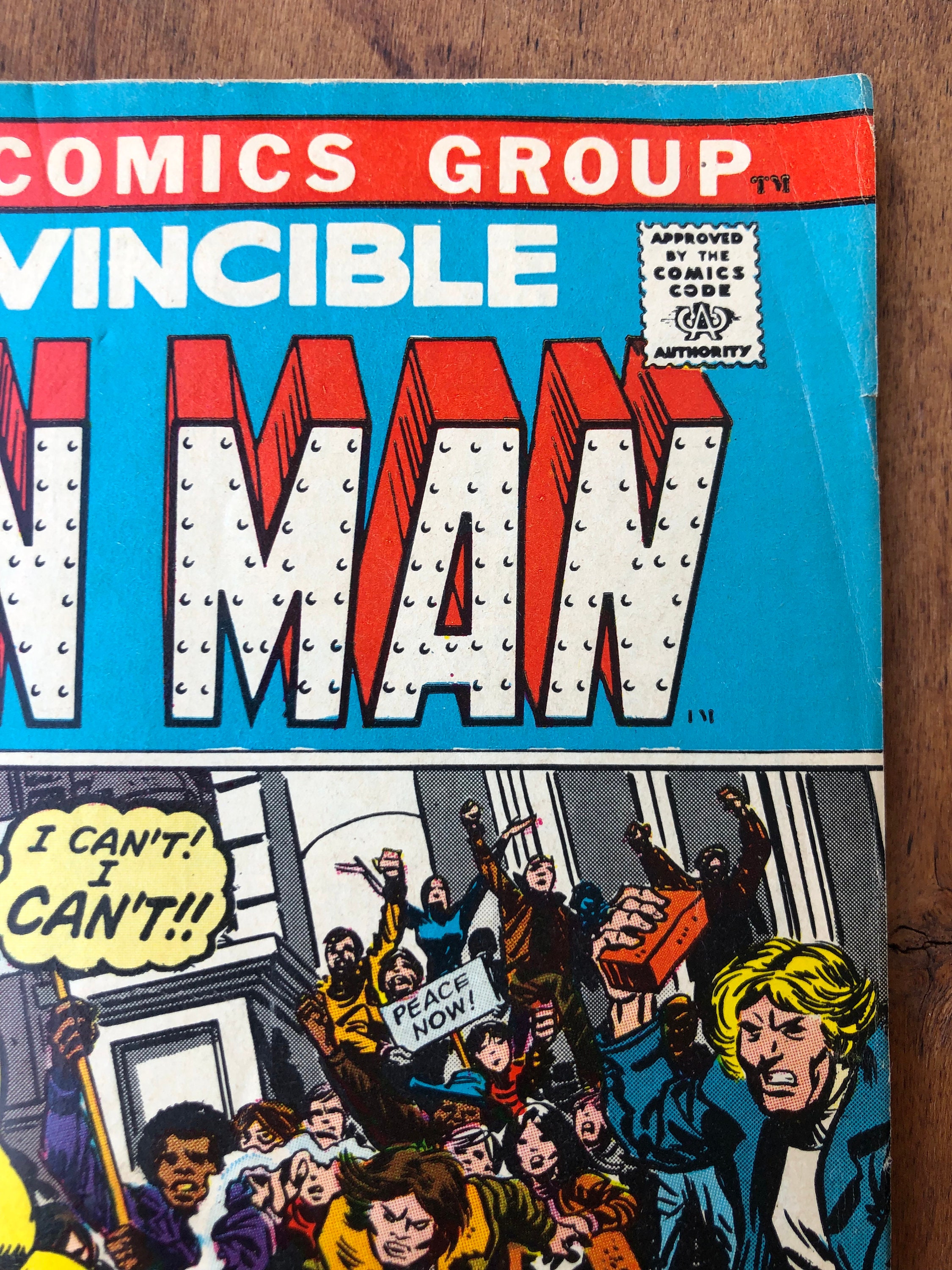 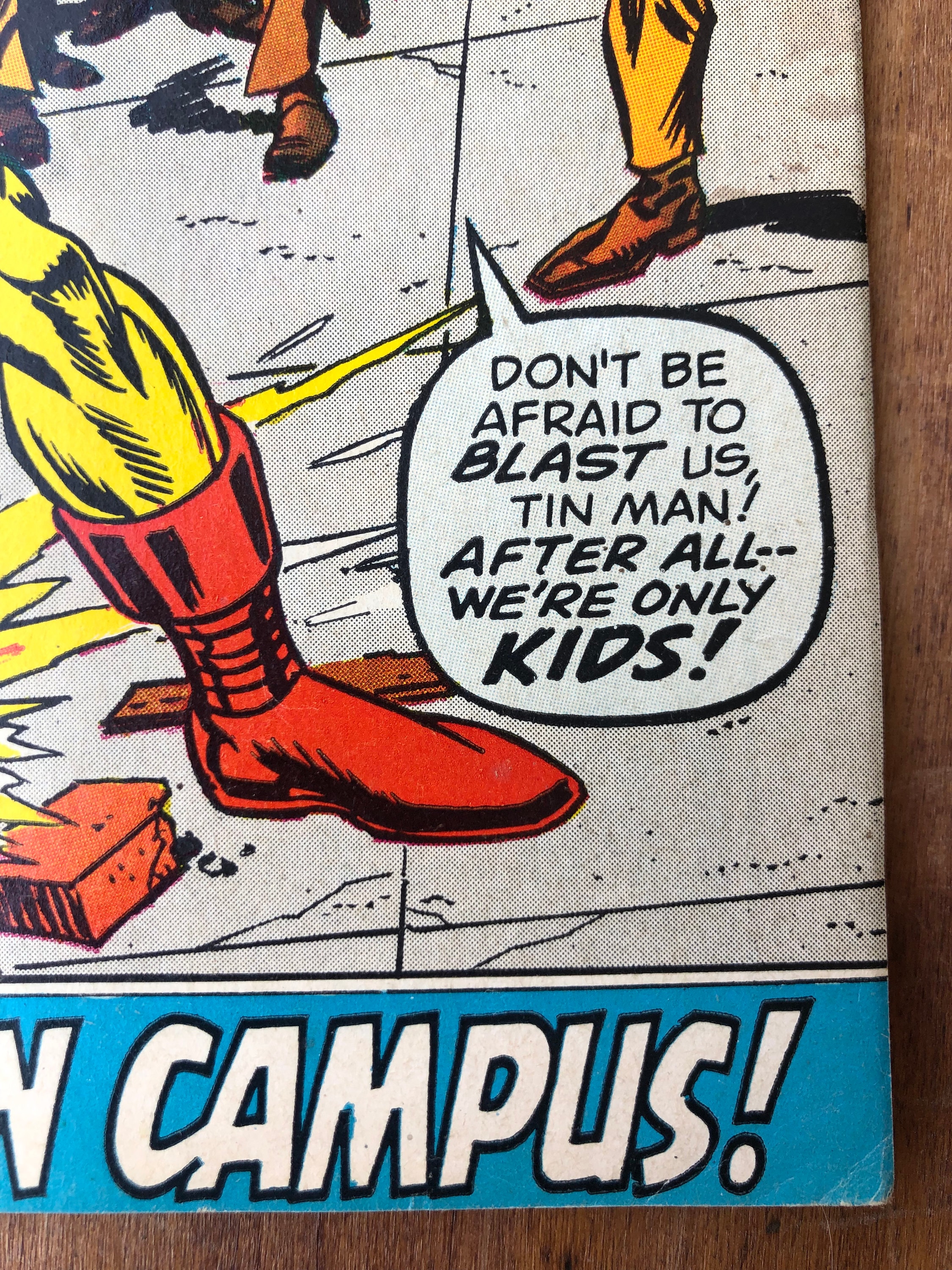 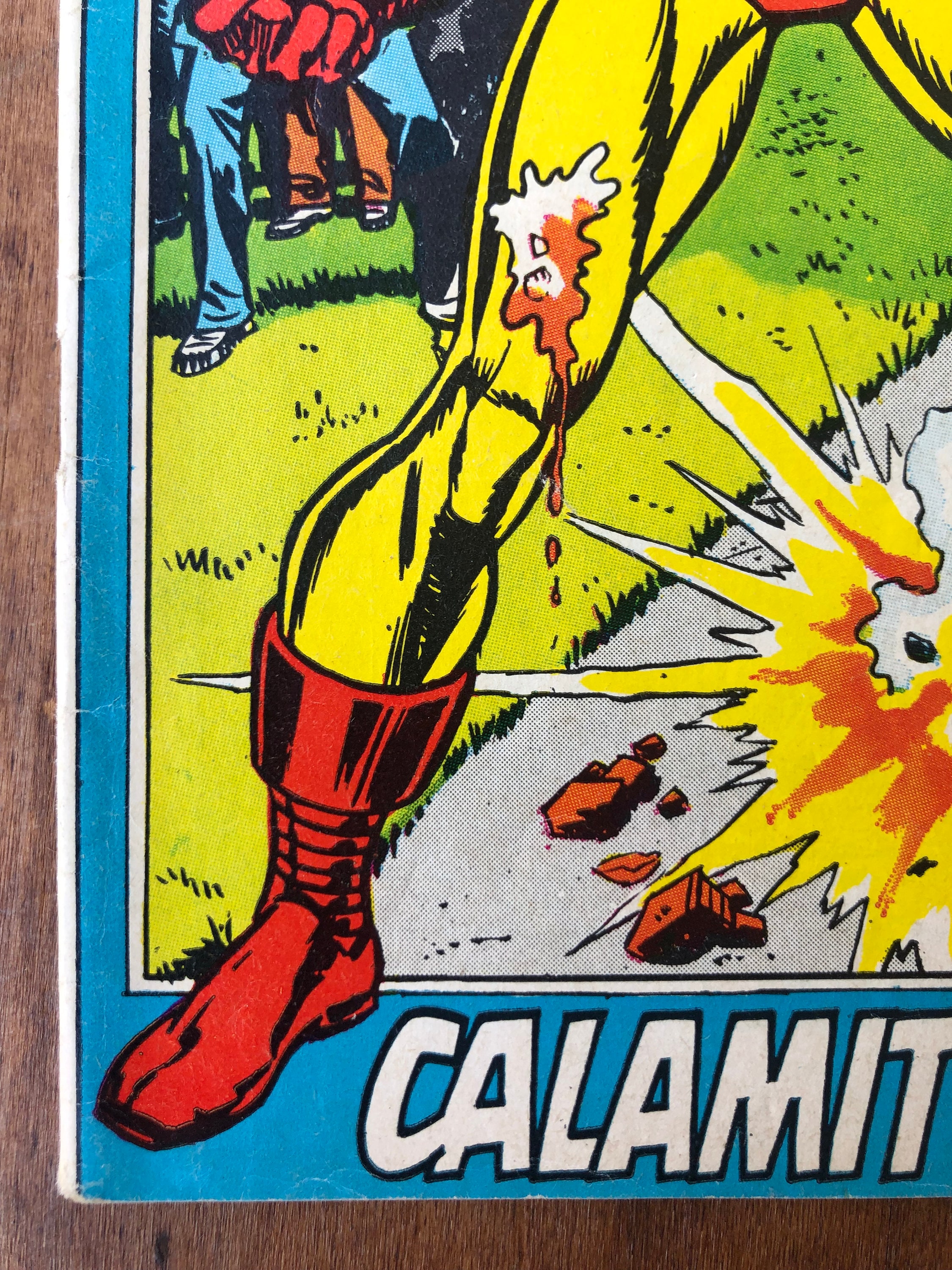 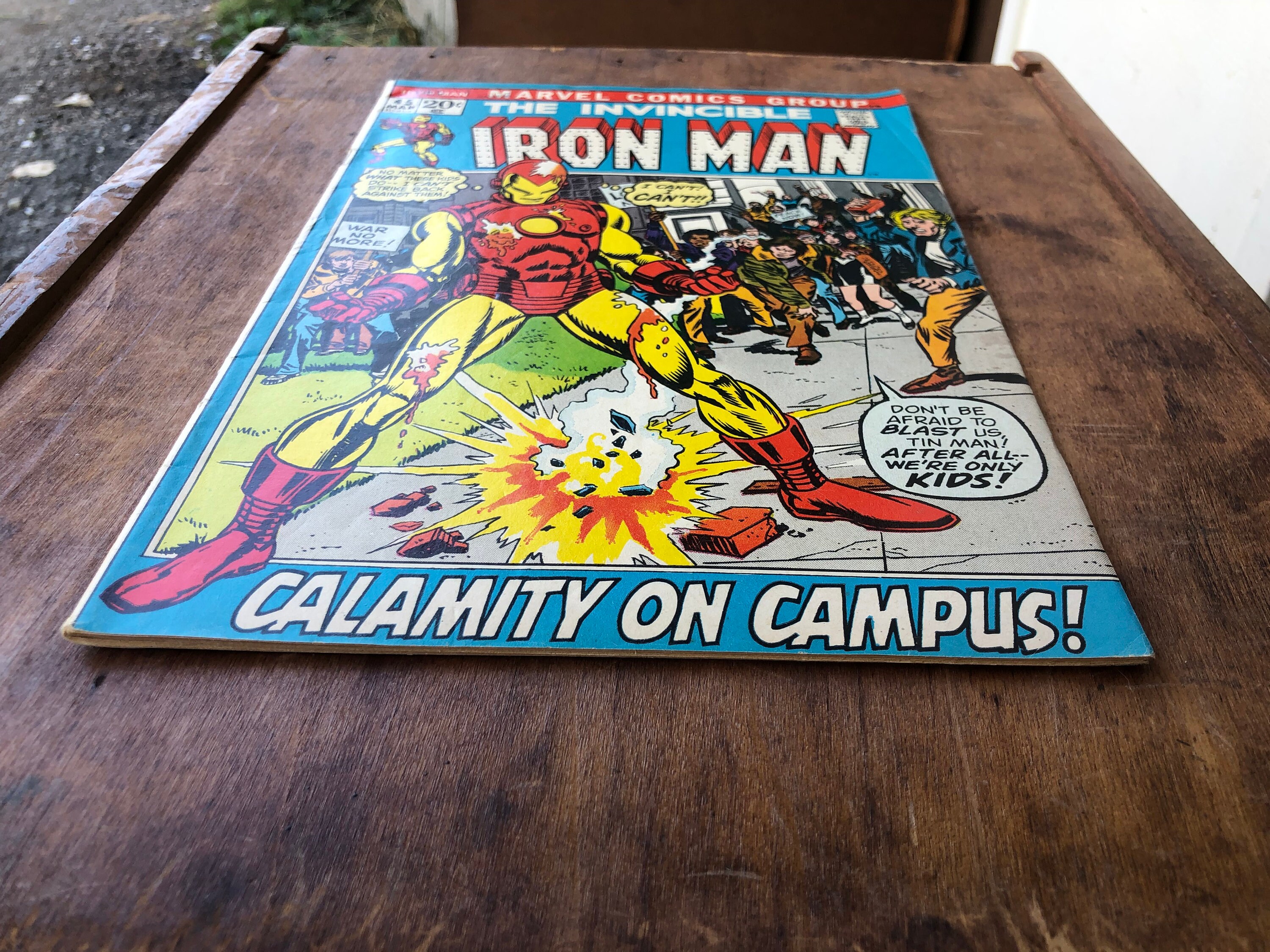 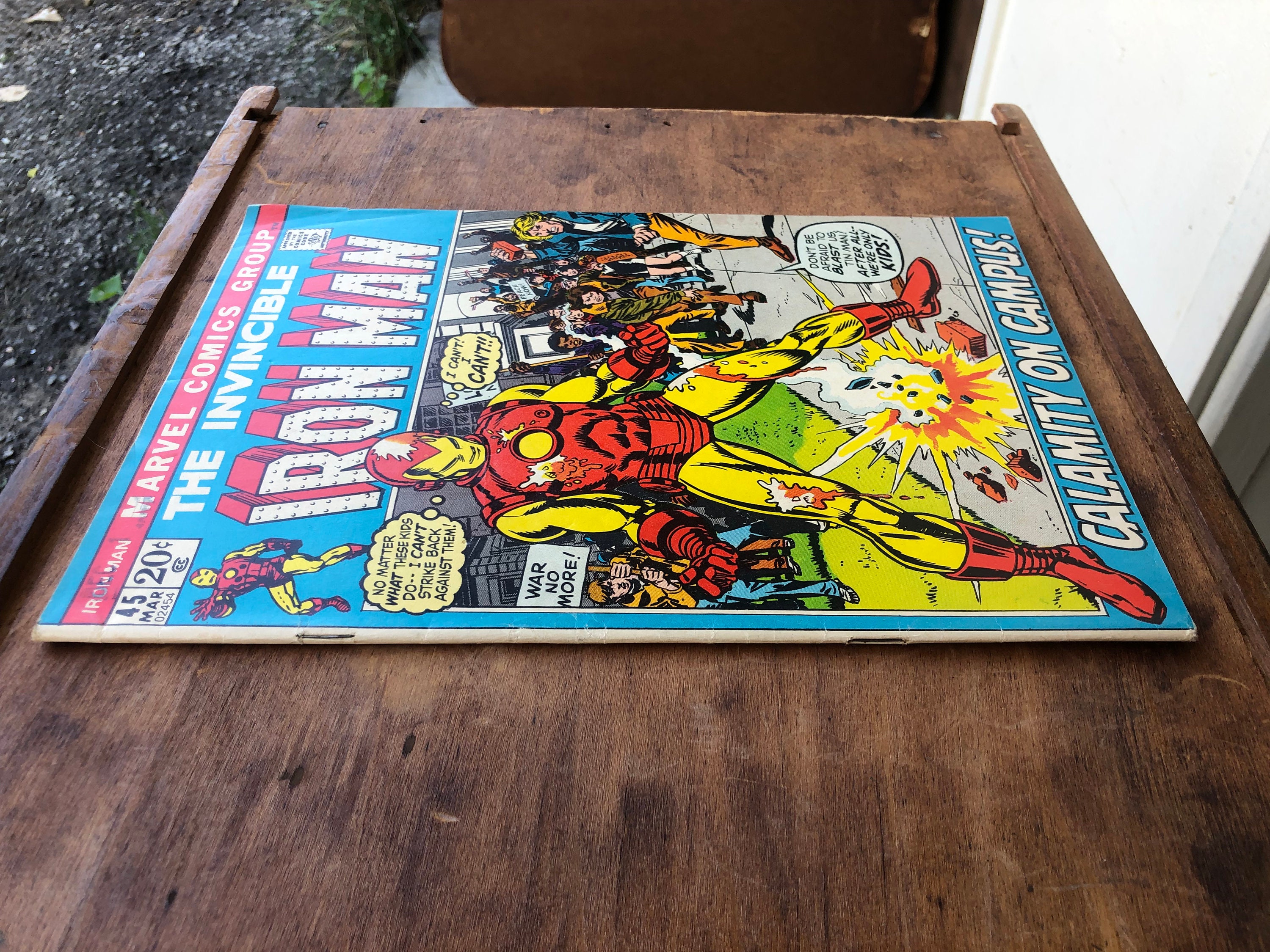 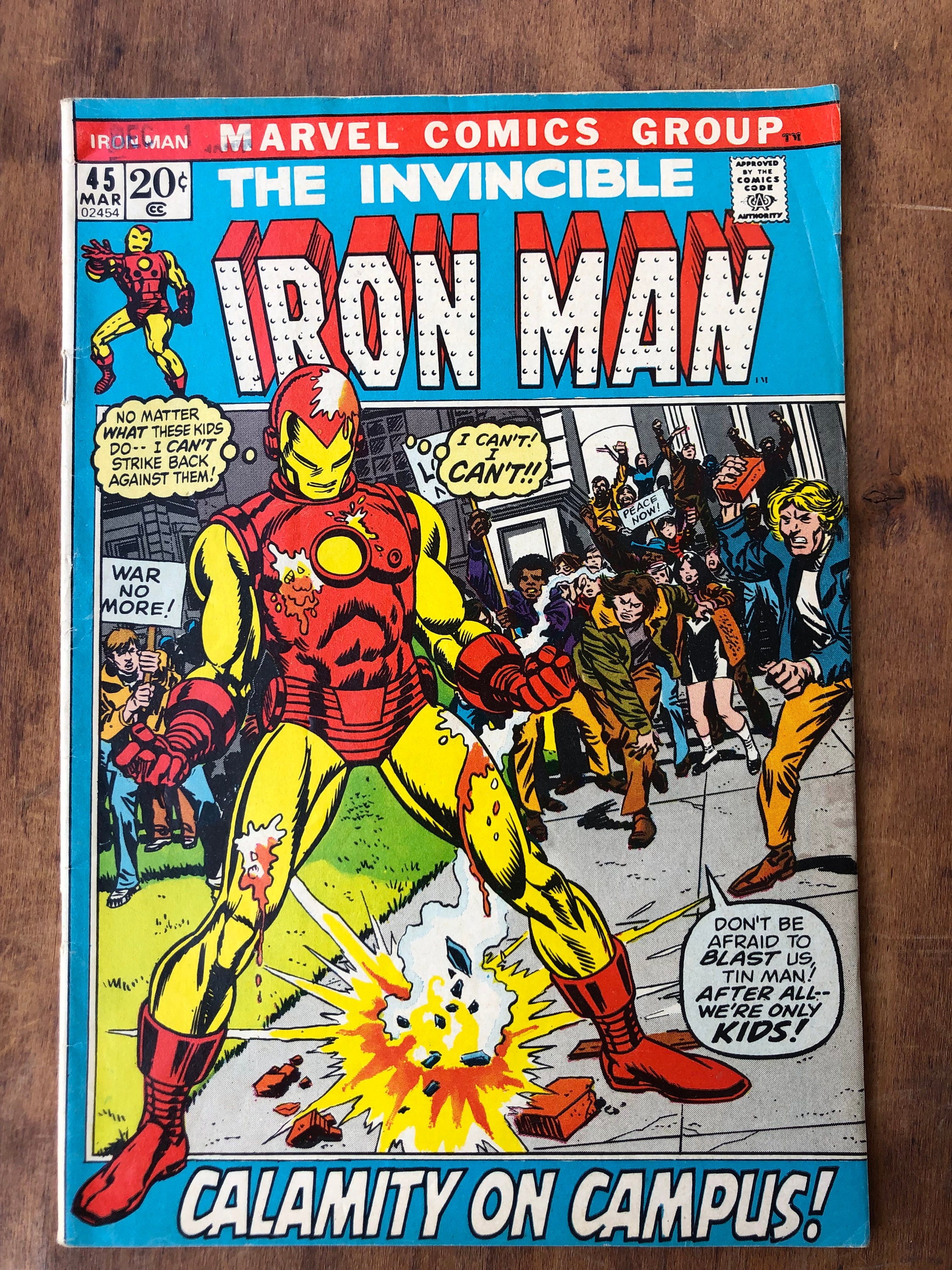 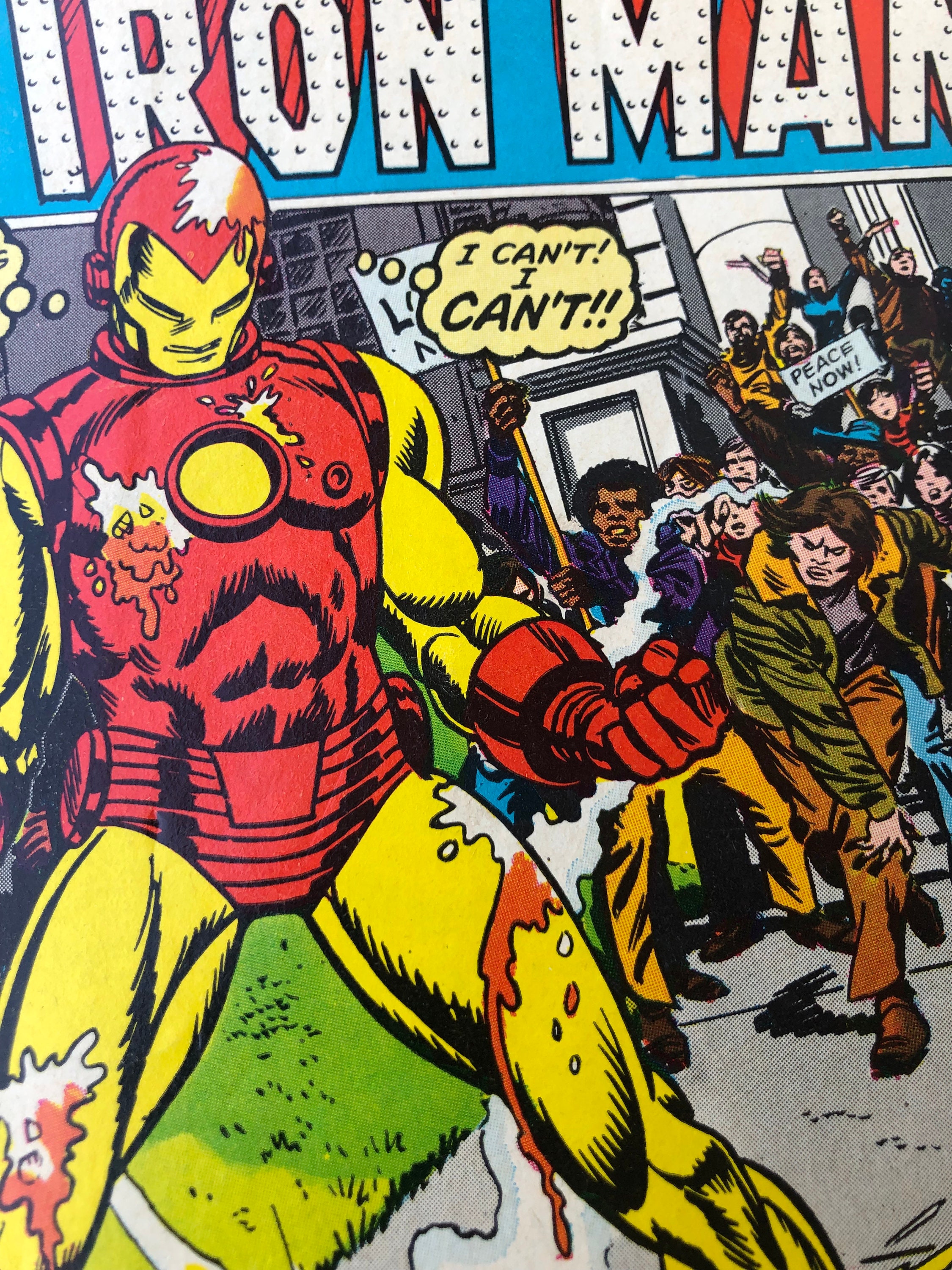 Here is a copy of Iron Man issue 45, released March 1972.
It is in used condition.
See pics for condition.


Beneath The ARMOR Beats A HEART!
Iron Man continues his fight with the Night Phantom robot and destroys it. Meanwhile, Simon Gilbert addresses the Stark Industries board of directors criticizing Tony Stark's recent actions. Gilbert leads them in a vote of no confidence as he schemes to become their new corporate president. Mr. Kline delightedly monitors the board from afar. Kevin finds himself wishing he could have Marianne and briefly considers murdering Tony before coming to his senses. Tony learns of the no confidence vote: Marianne comforts him. Kevin accidentally walks in on the two as she accepts Tony's marriage proposal. Stung, the Guardsman crashes the board of directors' meeting, telling them he is against Tony Stark and Iron Man. When students begin demonstrating outside the plant, the Guardsman, following Gilbert's orders, launches a blast of repulsor rays killing four. He then retreats back inside. The demonstrators storm the building but when the Guardsman emerges they flee. Iron Man confronts Gilbert, but the Guardsman defends him. The two friends fight, but Iron Man activates a safety valve to shut down the Guardsman armor. Venturing outside, Iron Man finds that the demonstrators have returned, more violent and angry than ever.