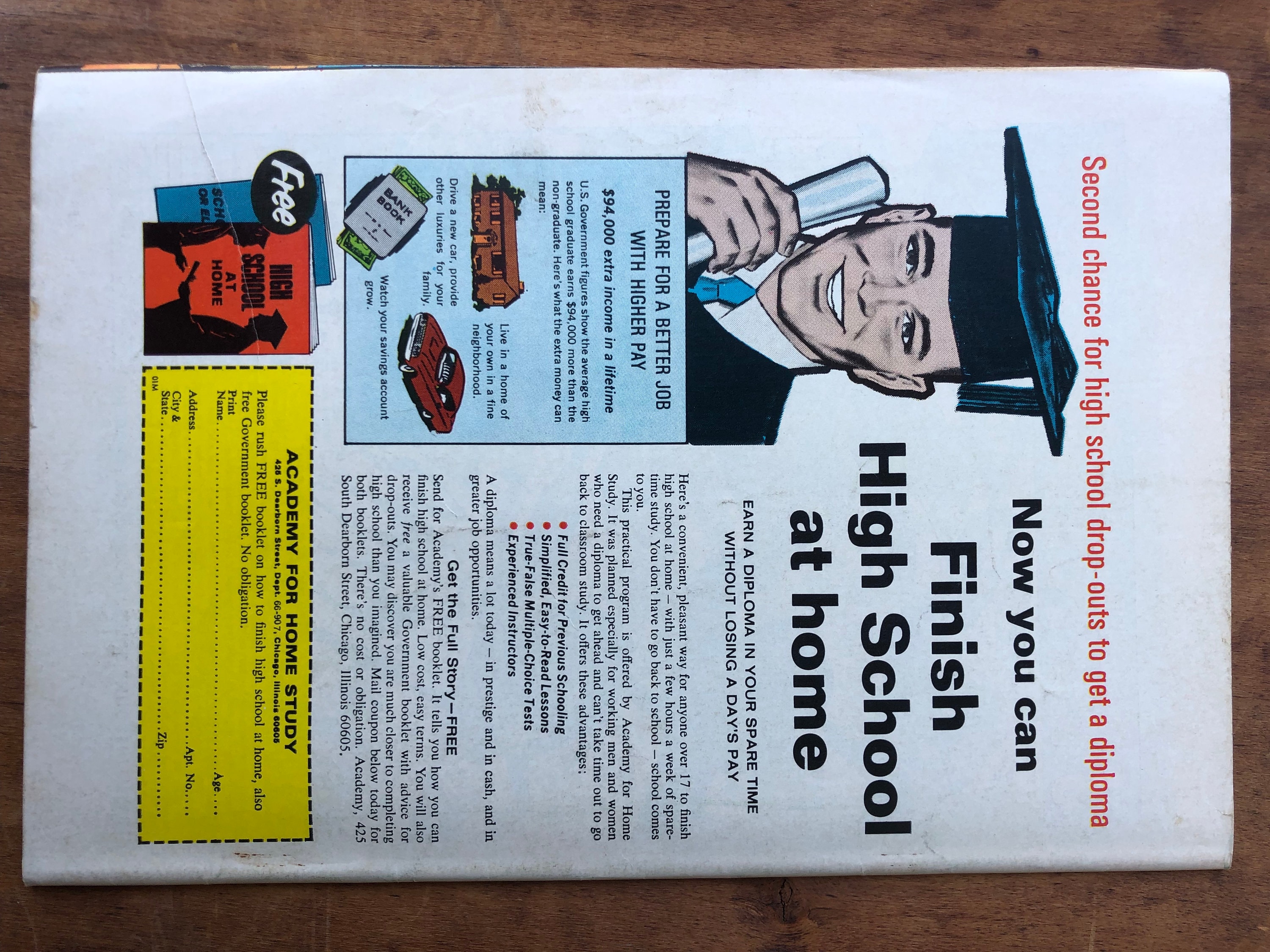 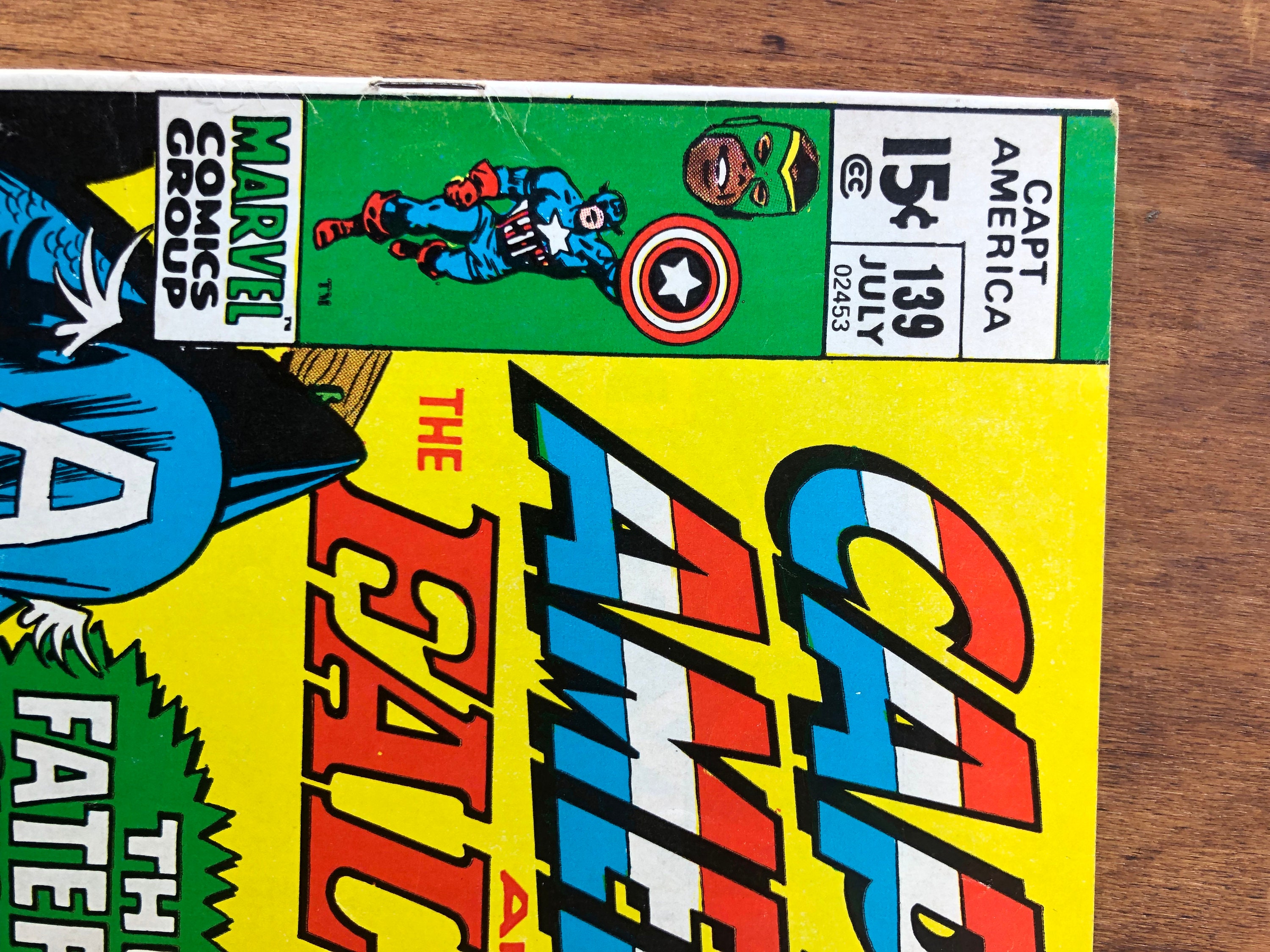 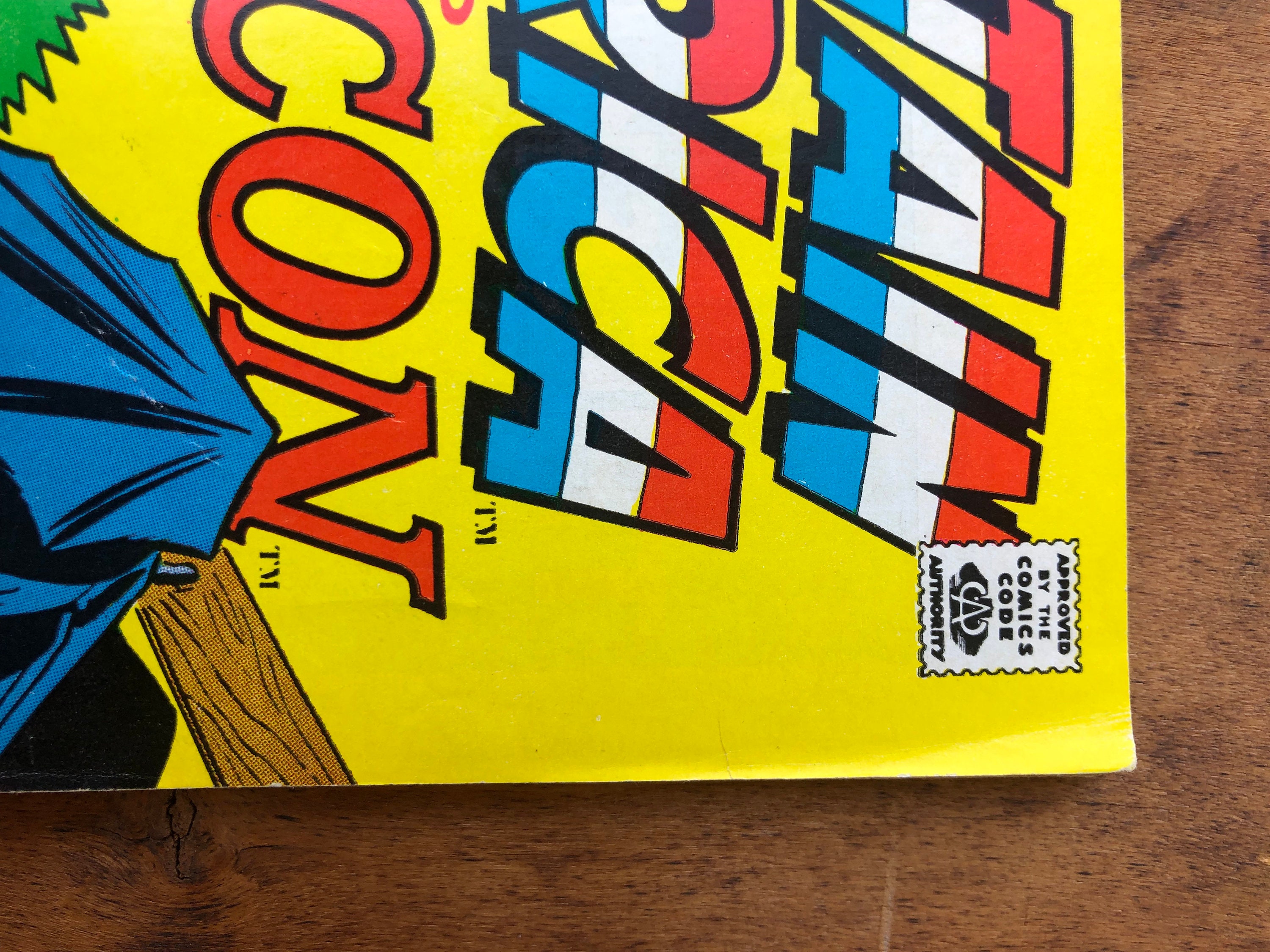 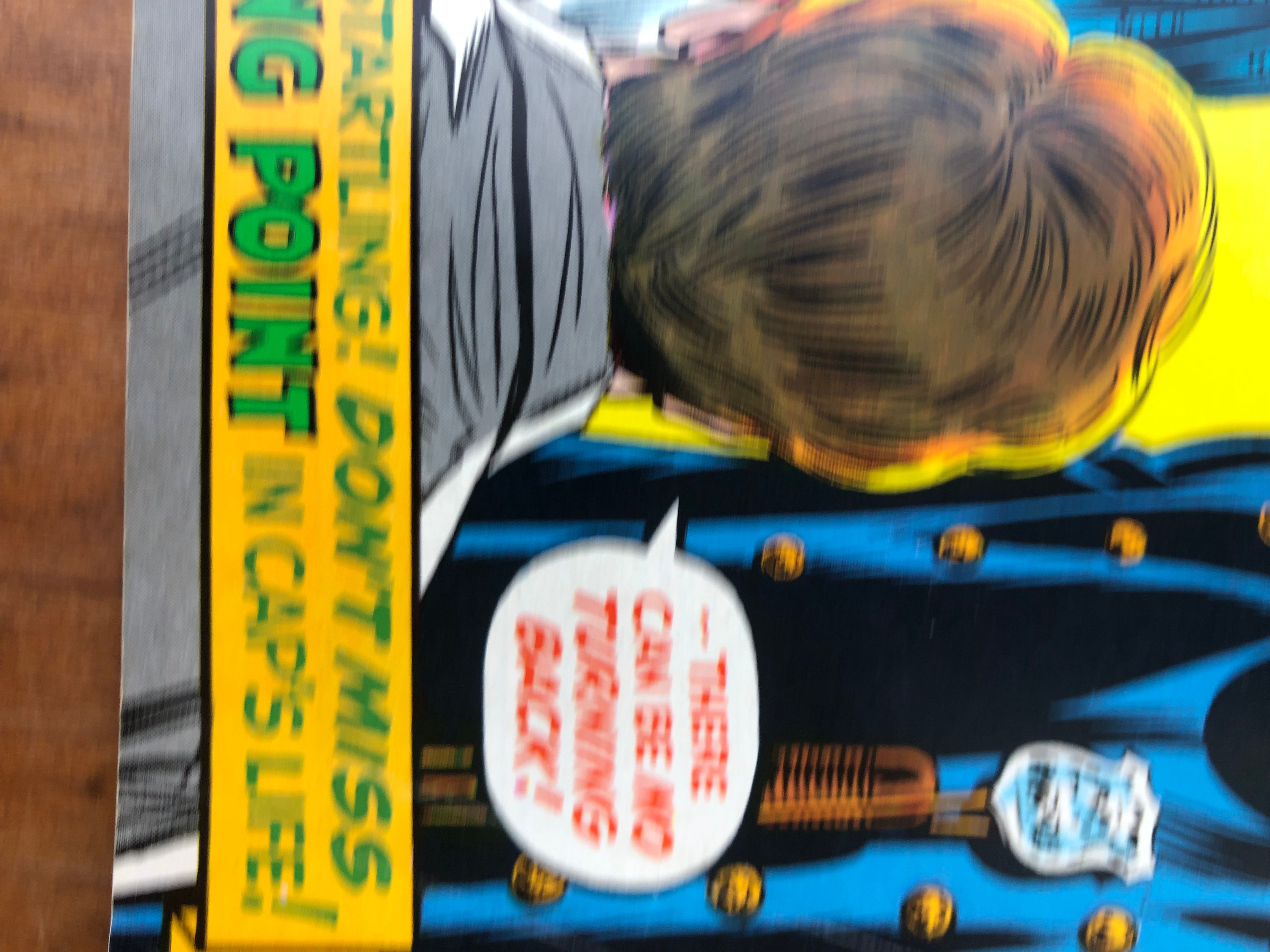 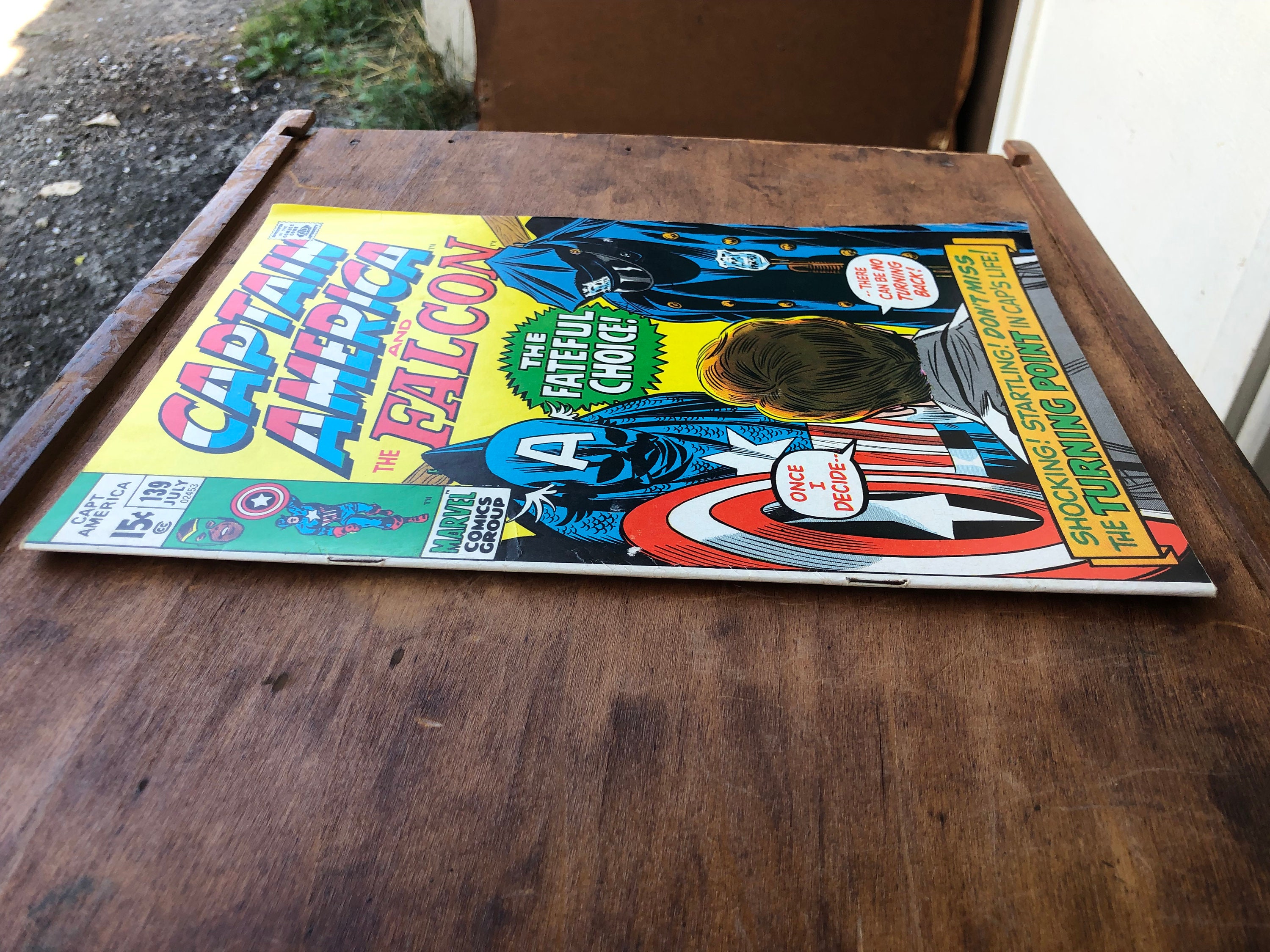 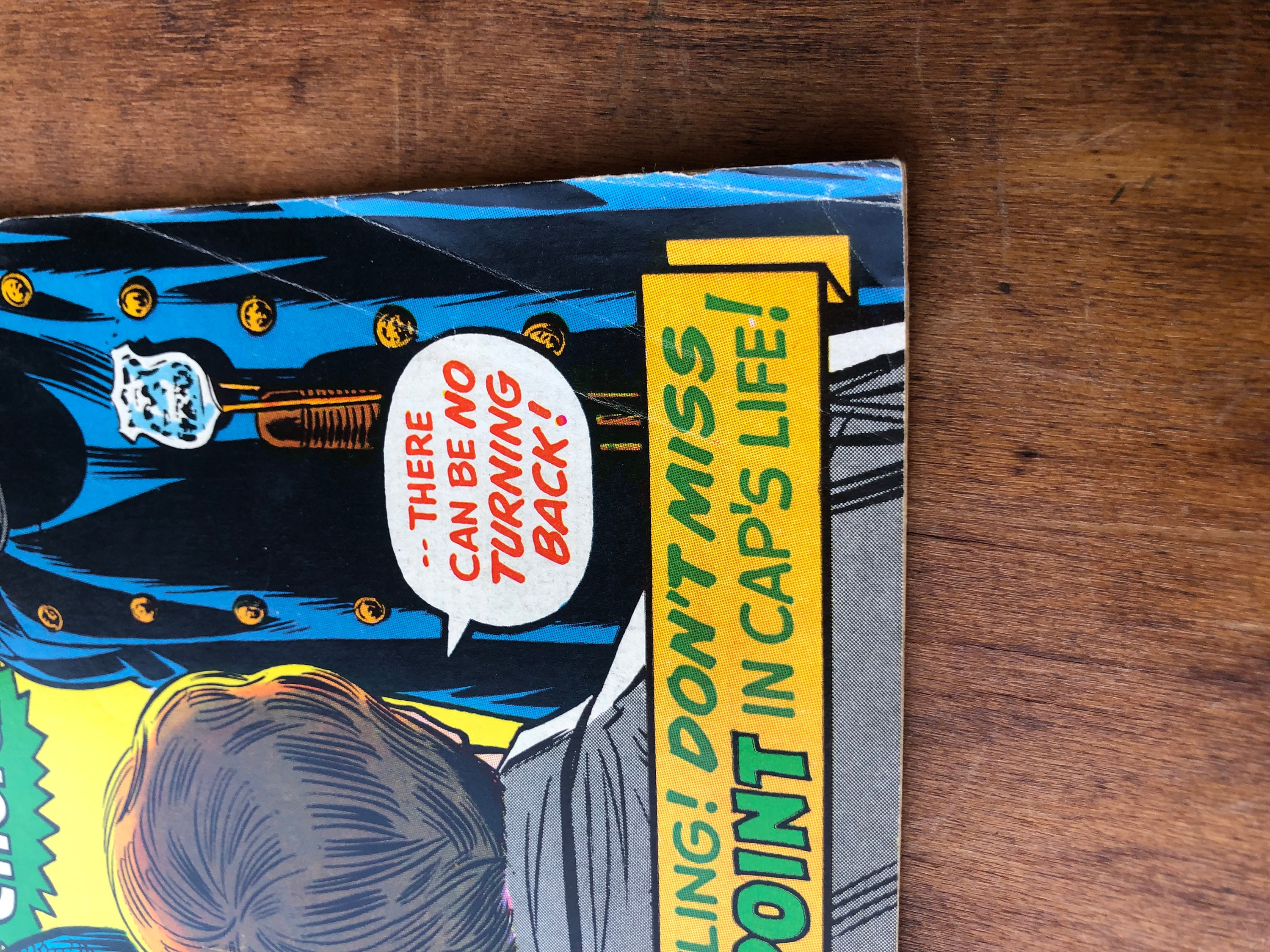 Here is a copy of Captain America #139- July 1971
It is in used condition.
See pics for condition.


The BADGE and The BETRAYAL!
The Falcon introduces his new "Hawk Hook" this issue. The grappling device propelled from his right gauntlet allows him to swing from rooftop to rooftop. He will continue to use this device until he receives "wings" in Captain America #170.
This is the first appearance of "Leila Taylor". She will become Sam Wilson's romantic interest and will become a long-time recurring character. Her last name is revealed in Captain America #188.
Sgt. Muldoon is introduced in this issue. He is a police sergeant who berates Steve Rogers similarly as Sgt. Mike Duffy did during World War II.