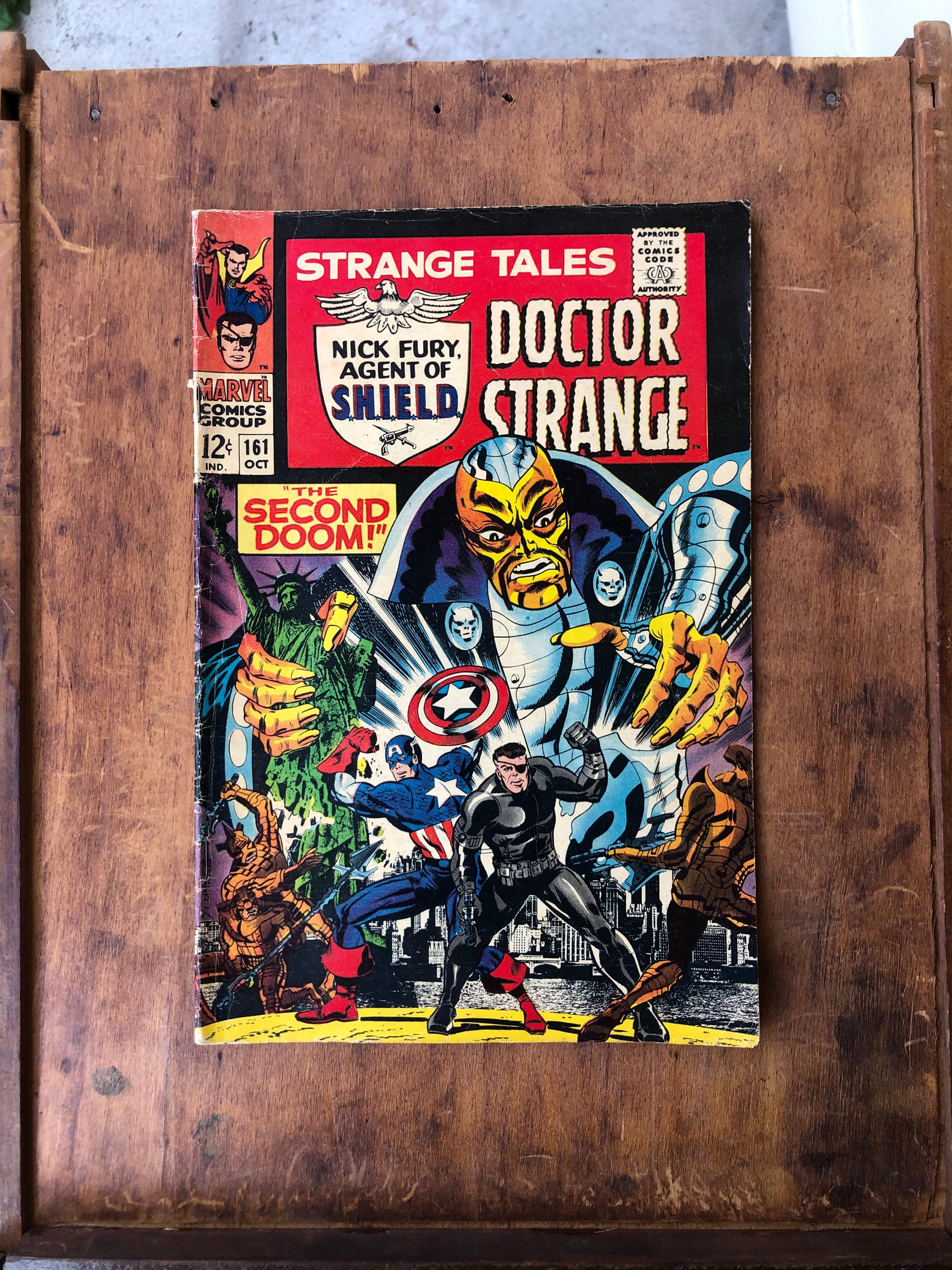 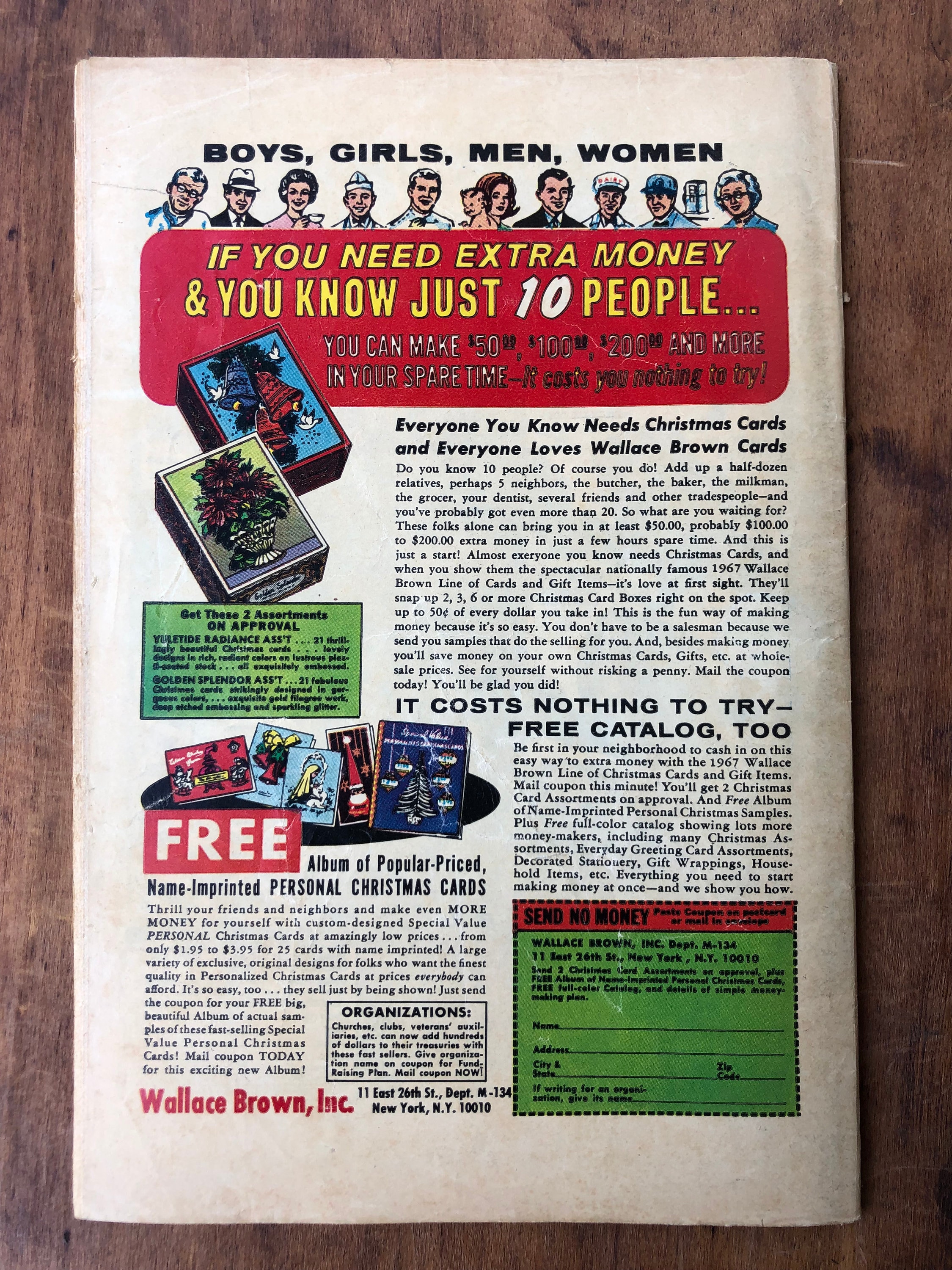 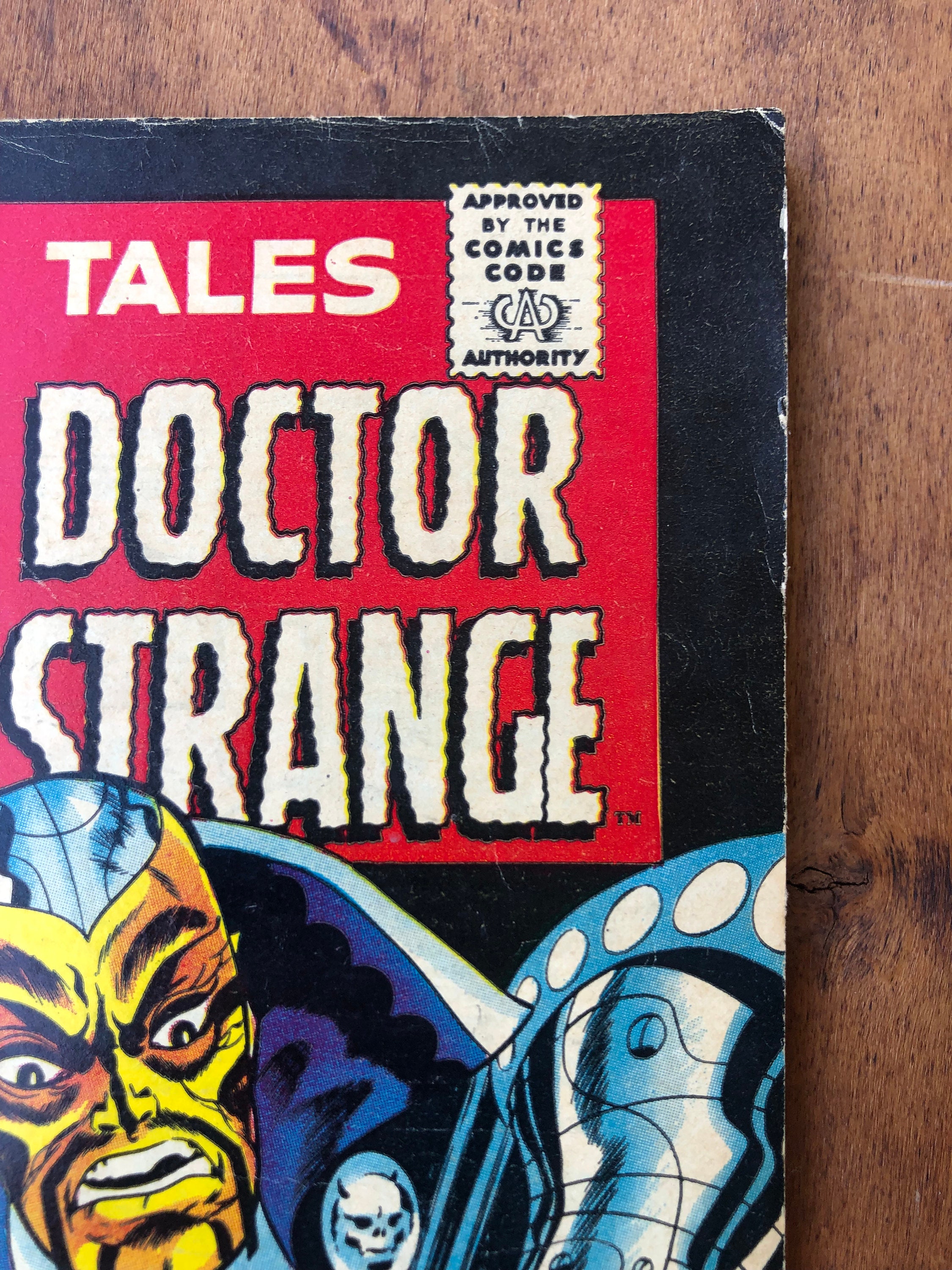 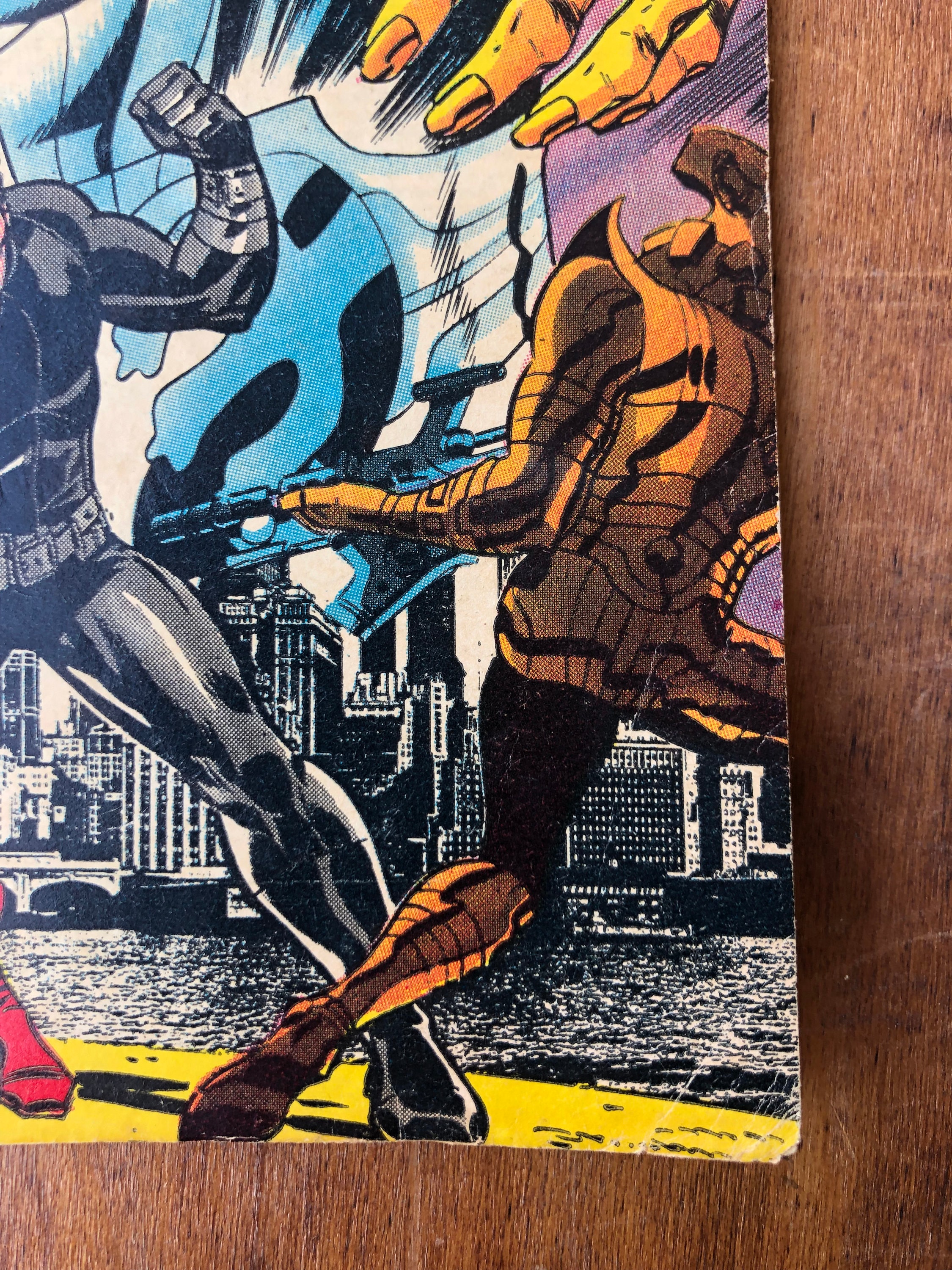 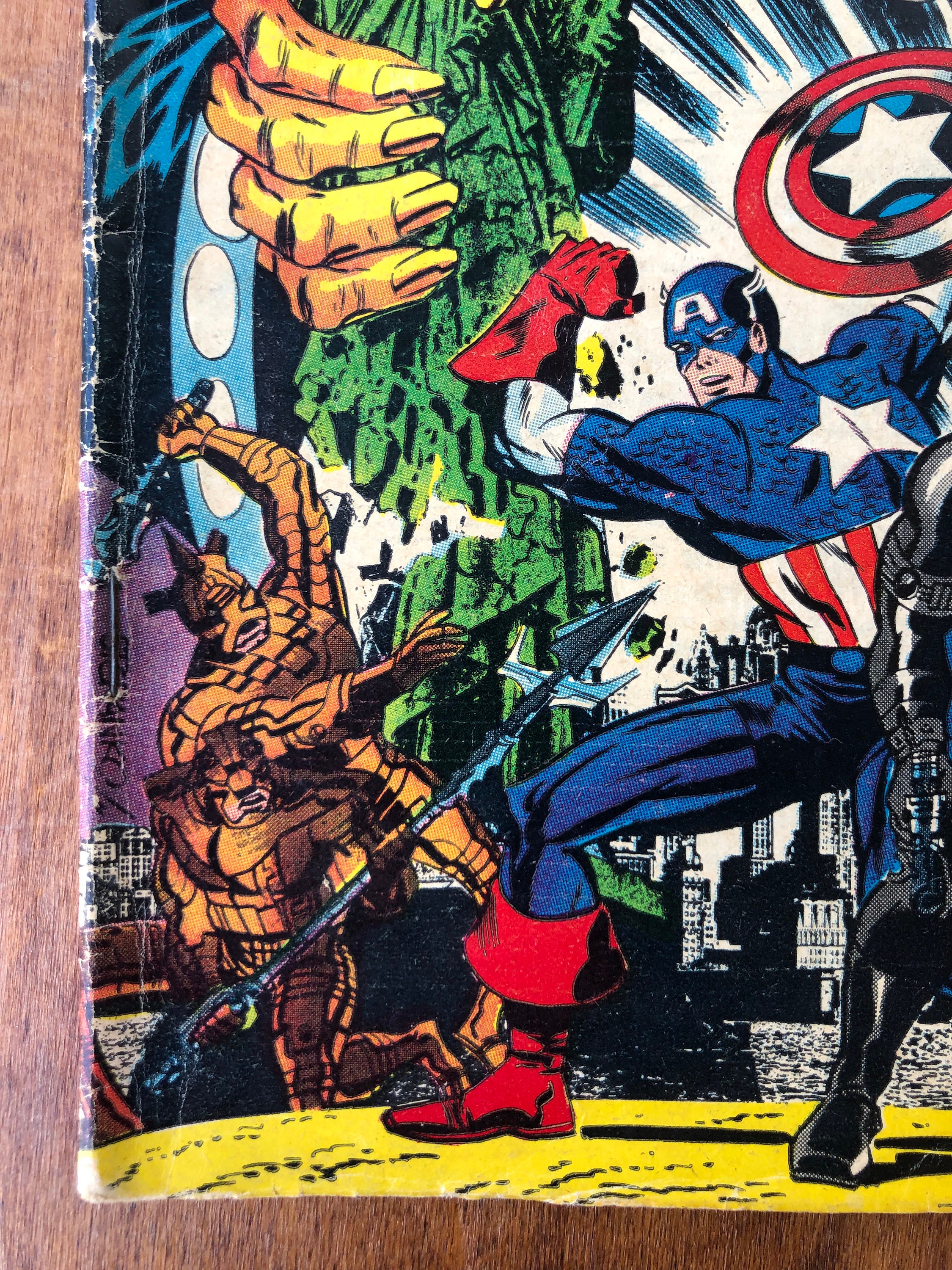 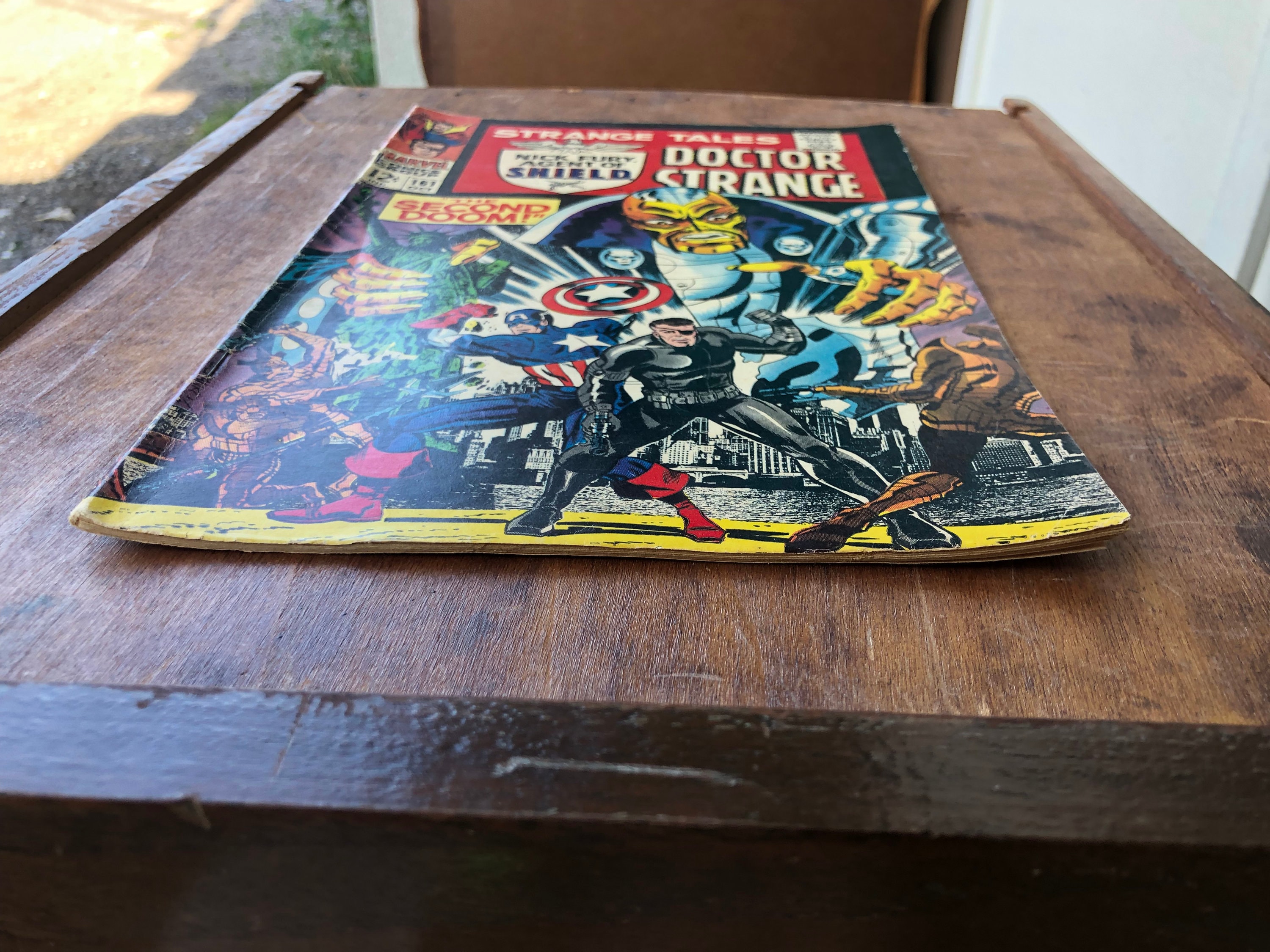 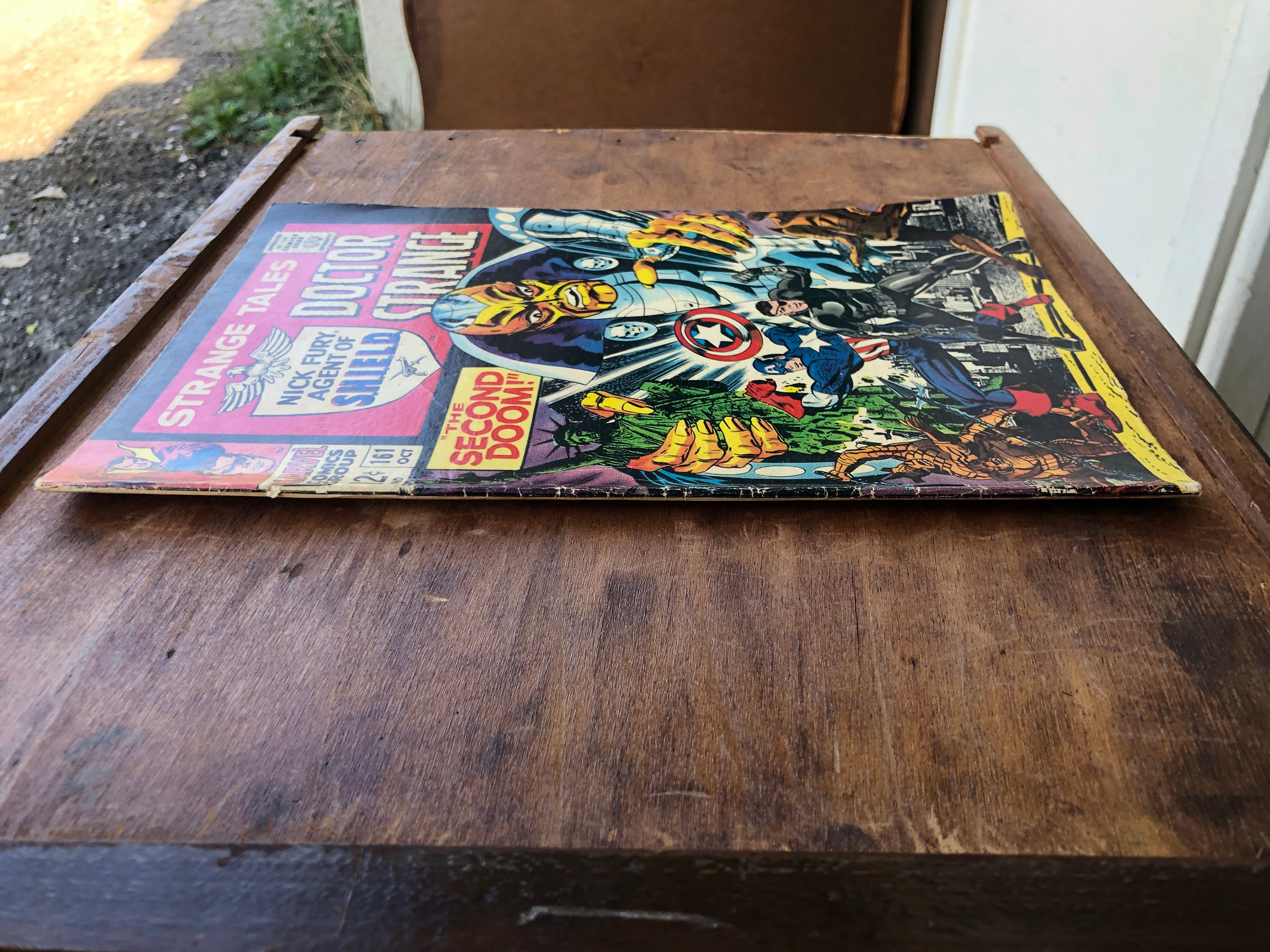 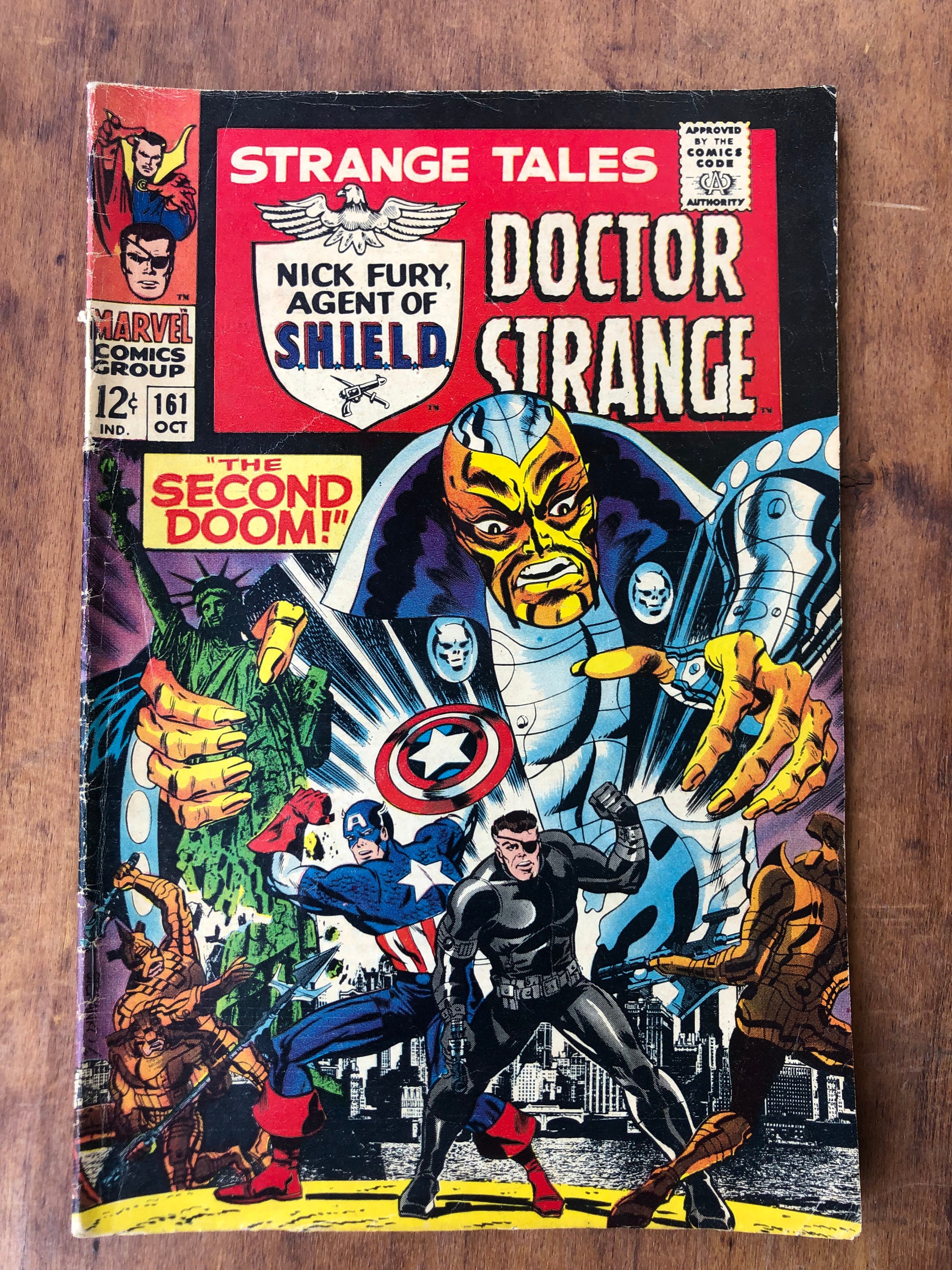 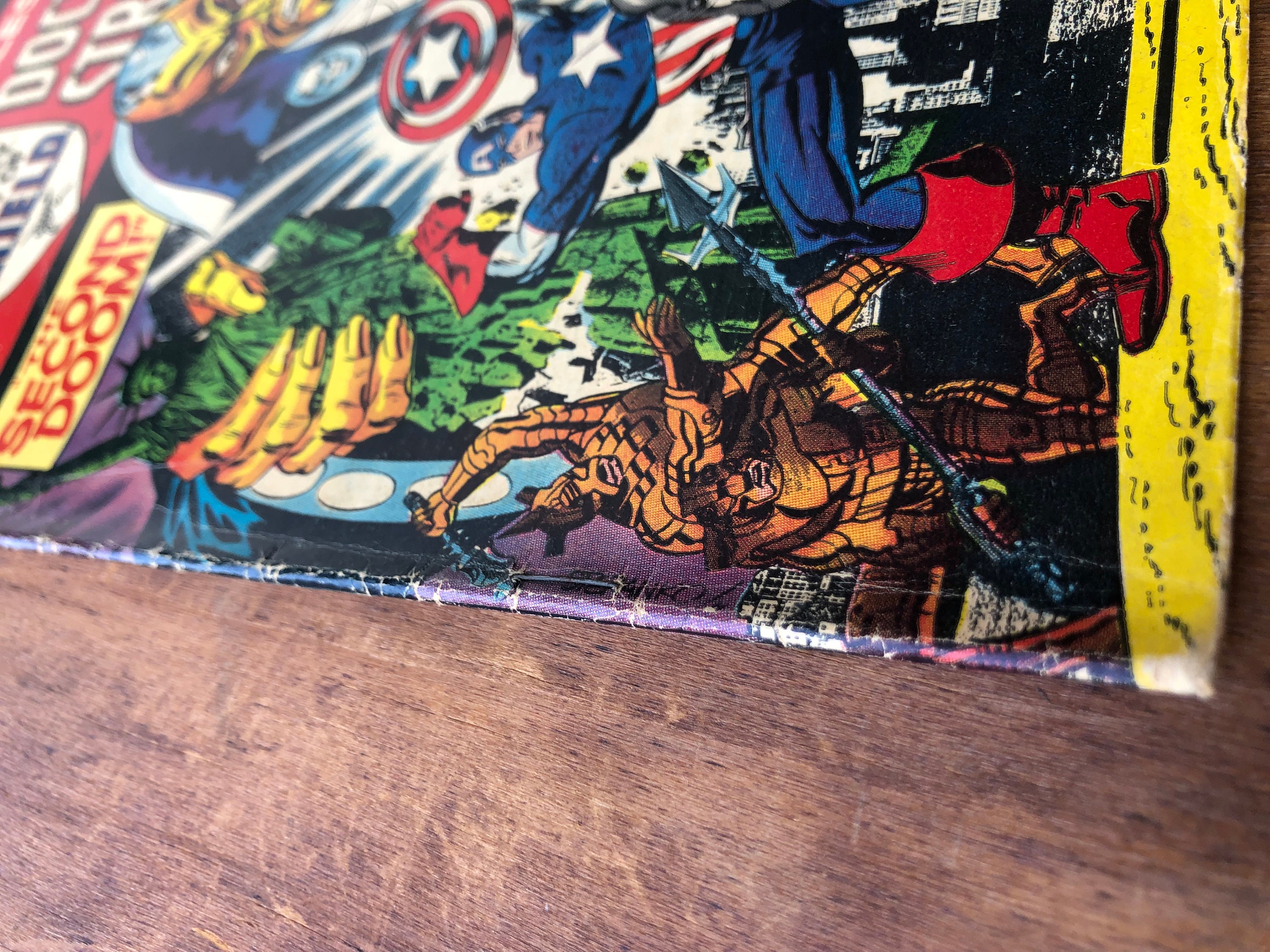 Here is a copy of Strange Tales #161- October 1967
It is in used condition.
See pics for condition.


1) Project: Blackout, Part II: The Second Doom! 2) And a Scourge Shall Come Upon You!
1) At the Baxter Building, Reed Richards & Ben Grimm save Cap from falling to his death. Fury barely saves himself by catching onto the Statue's crown. Reed creates an "Electro-Amplifier Rifle" to overcome the invaders, and sends Ben in an experimental saucer to the Clay Substation near Syracuse to tap into its power. Fury tries to destroy the Id-Paralyzer (which is shaped like a giant scorpion), but is overcome and tossed into the bay. Cap arrives just in time to save him, and Reed's weapon activates just in time to stop the invaders, cutting off all power on the East Coast in the process. Fury then blows up the Id-Paralyzer. Back in the present, Jimmy Woo tells Fury he believes the man behind it all was The Yellow Claw. In a hidden, underground base, The Yellow Claw, his niece Suwan & his ally Von Voltzmann eavesdrop on the conversation, as The Claw speaks of his "infallible" scheme-- "The Second Doom"

2) 1st appearance "Nebulos" (Ruler of Planets Perilous)
Easily overpowering Dr. Strange with his new found power, Baron Mordo banishes the Doctor to another realm, and then begins restoring some of his minions powers to begin plotting anew. Meanwhile, Victoria Bentley, who also gained some measure of power thanks to Zom, finds her transported to the same realm as Dr. Strange.

There Strange must defend Victoria from the many dangers that are present in this realm, battling giant insects. After battling off a giant ant, Dr. Strange and Victoria are confronted by Nebulos, who claims to have summoned them to his realm.