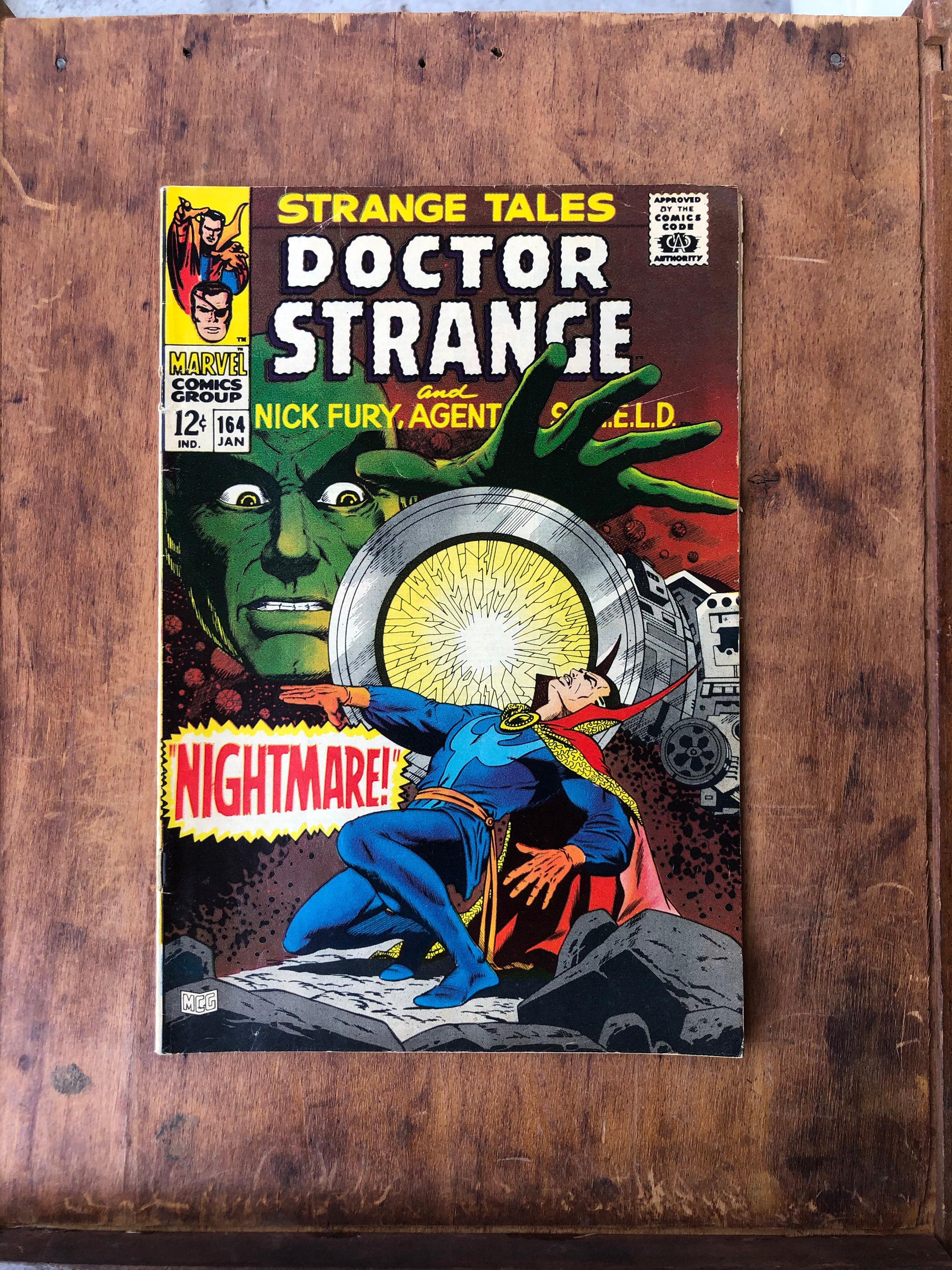 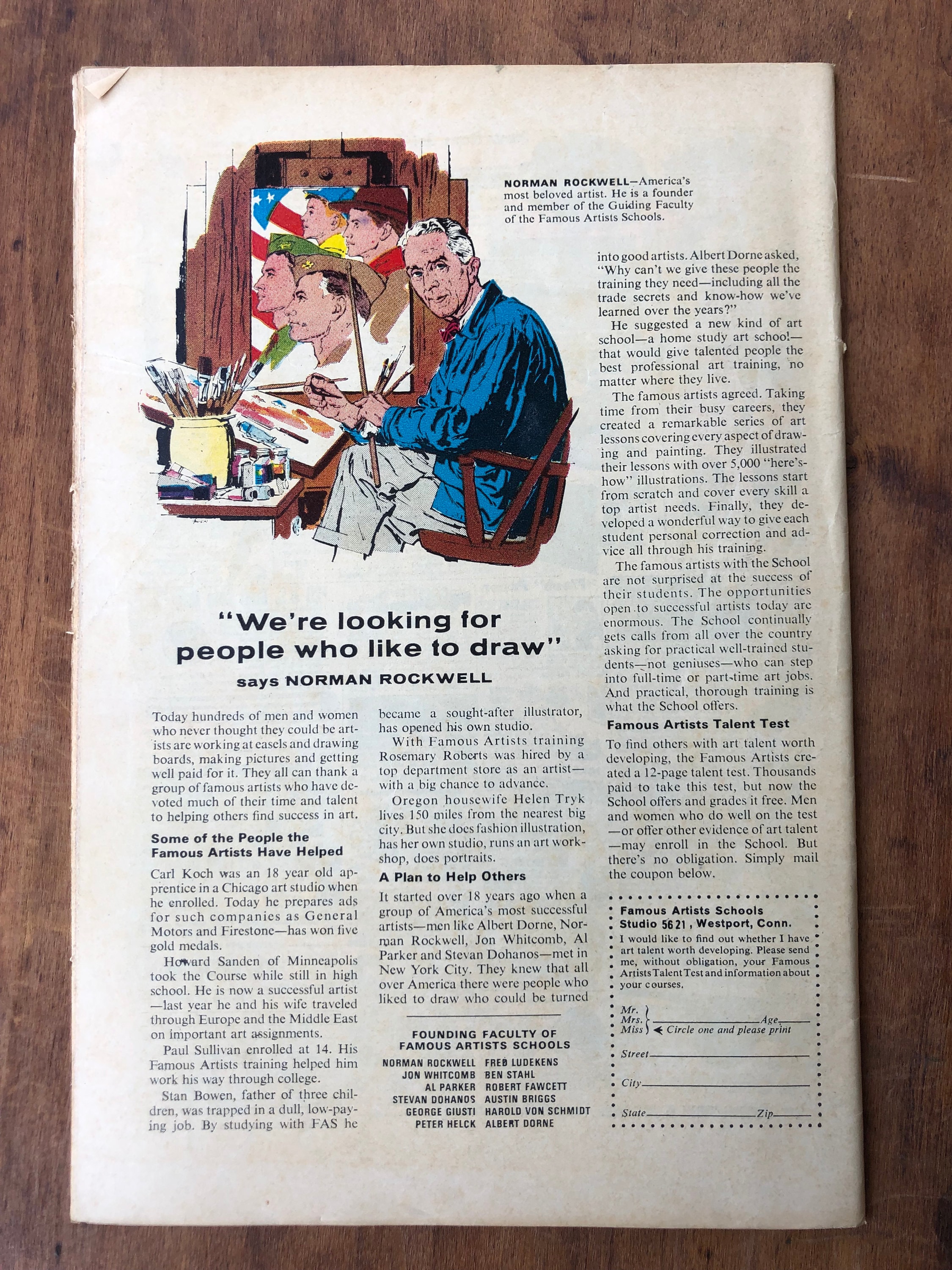 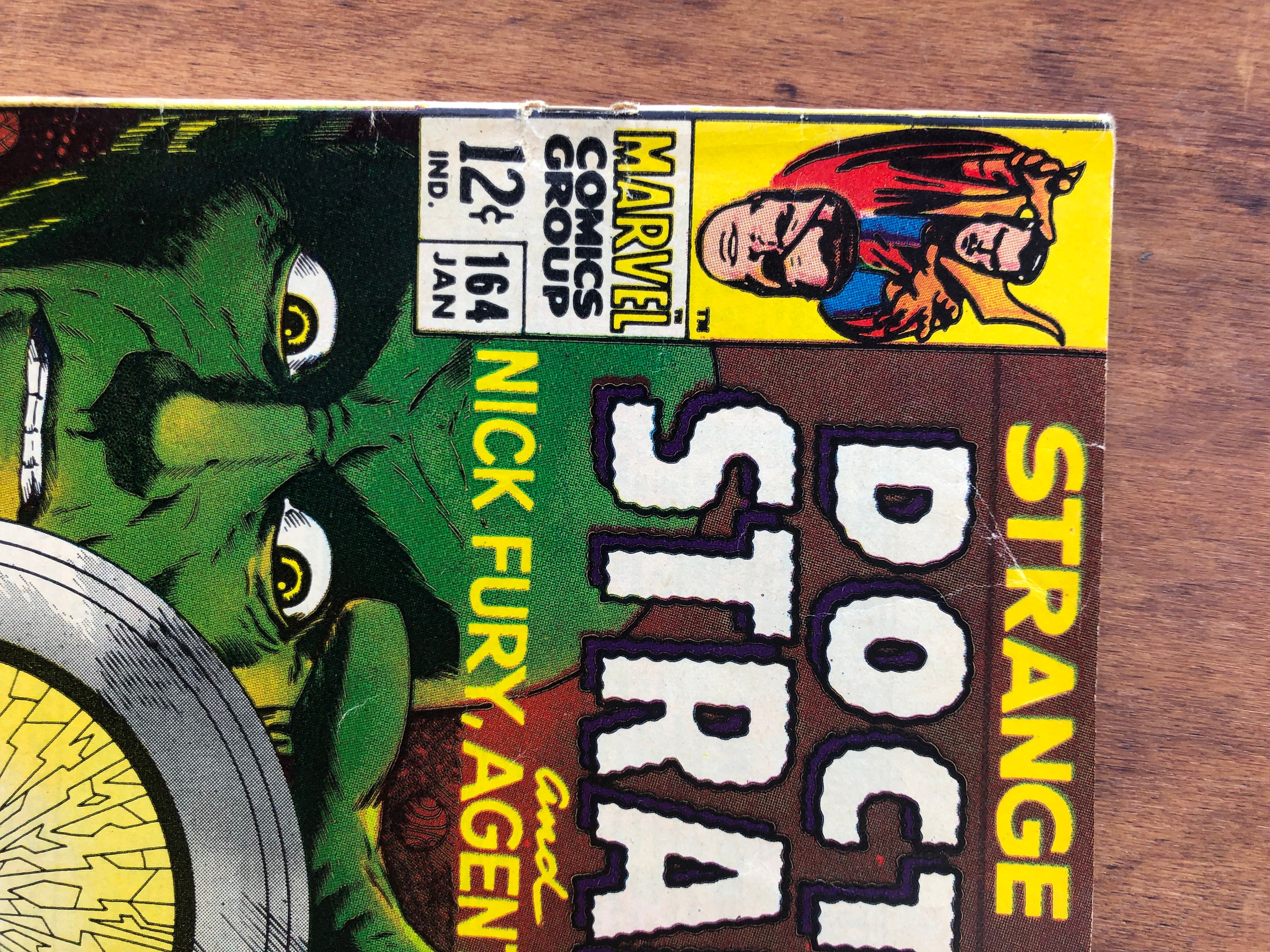 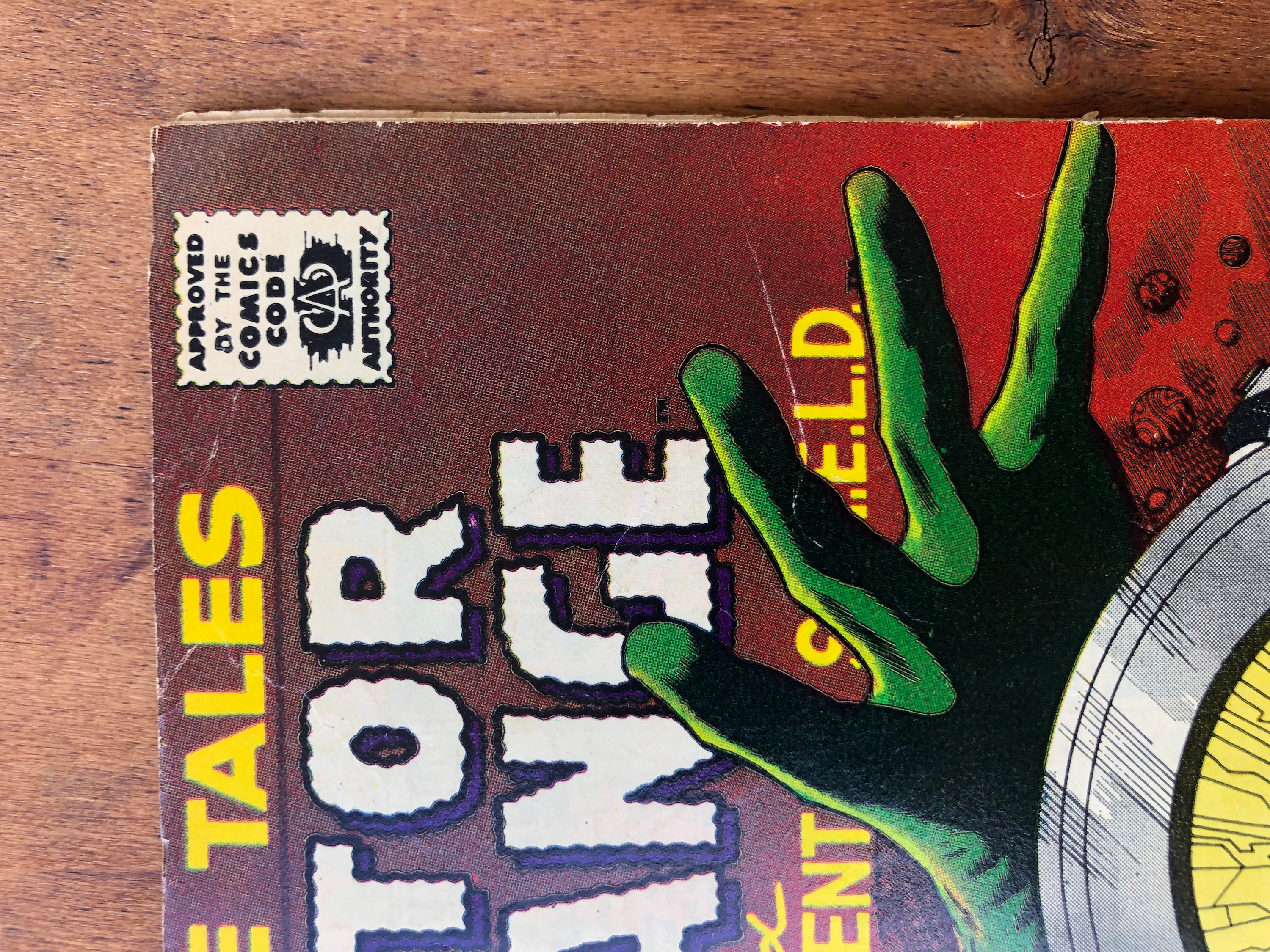 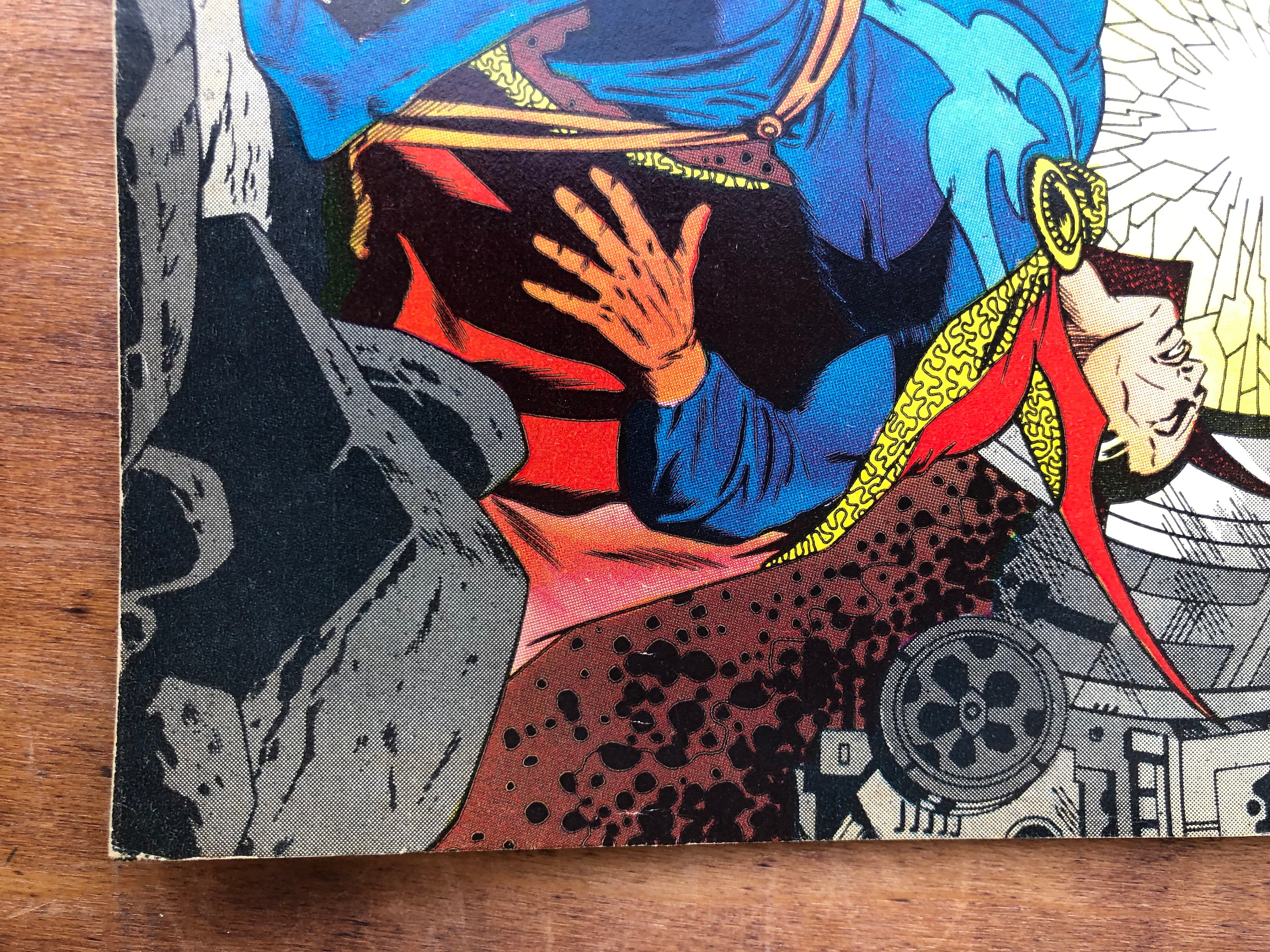 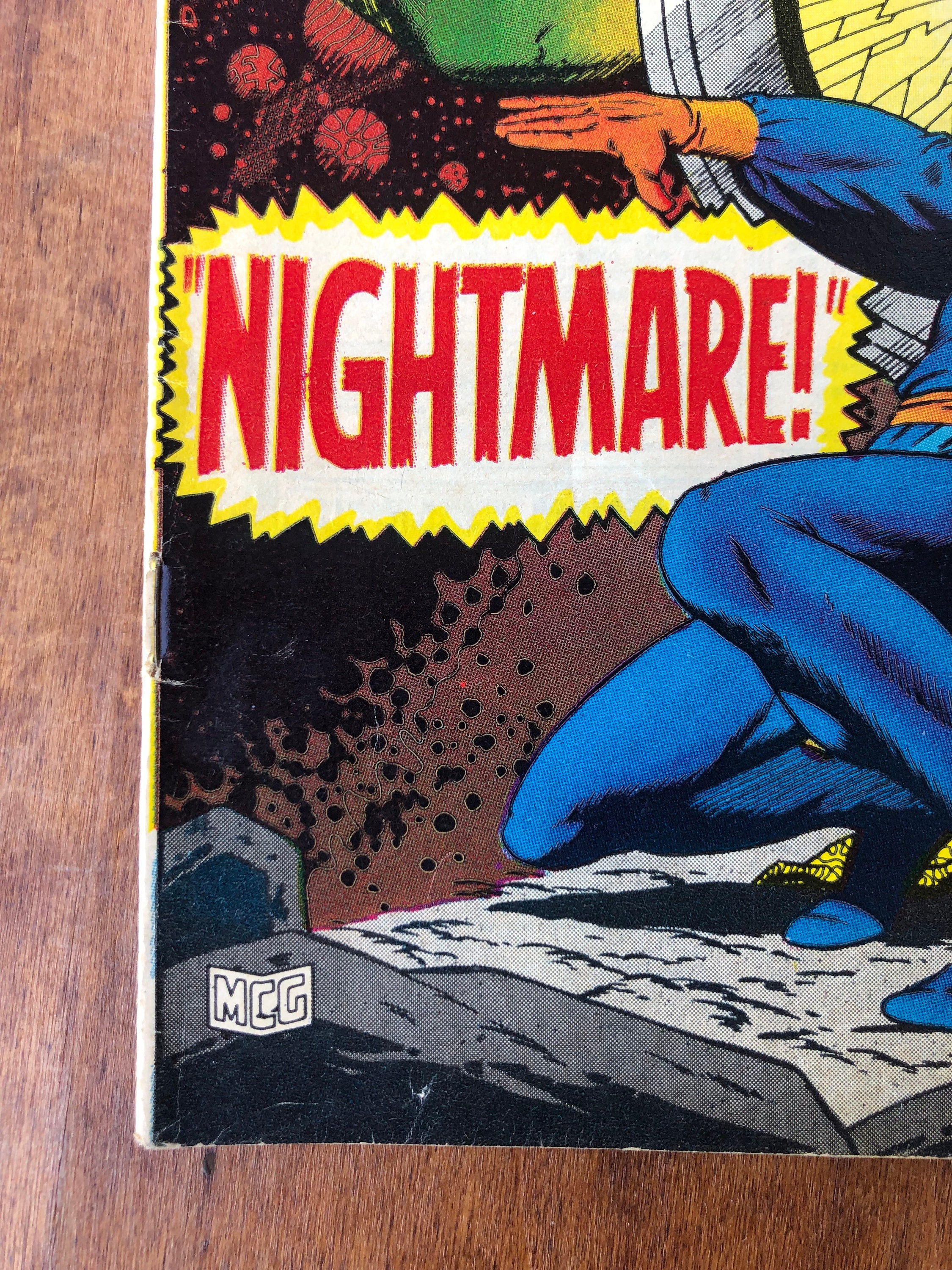 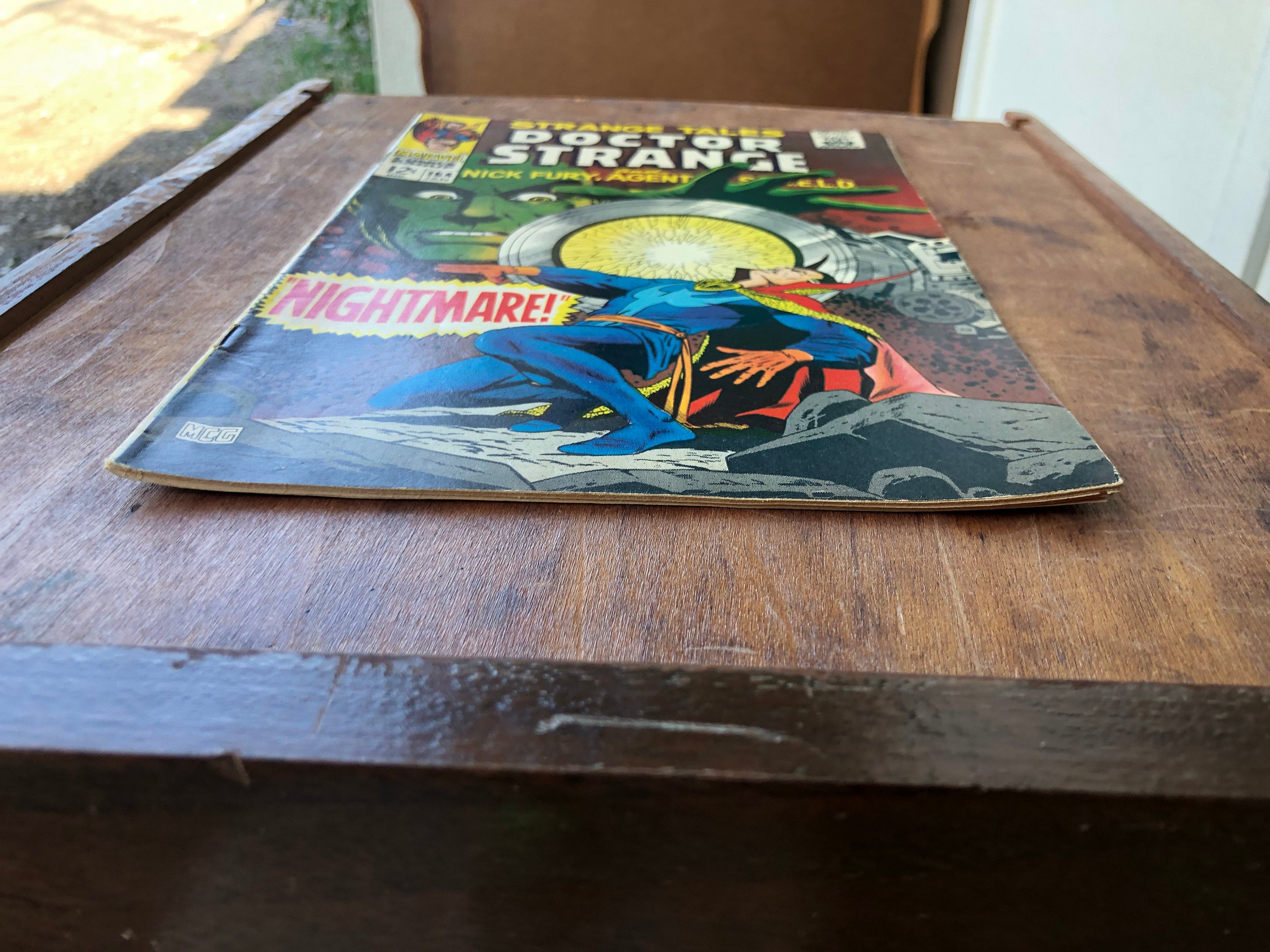 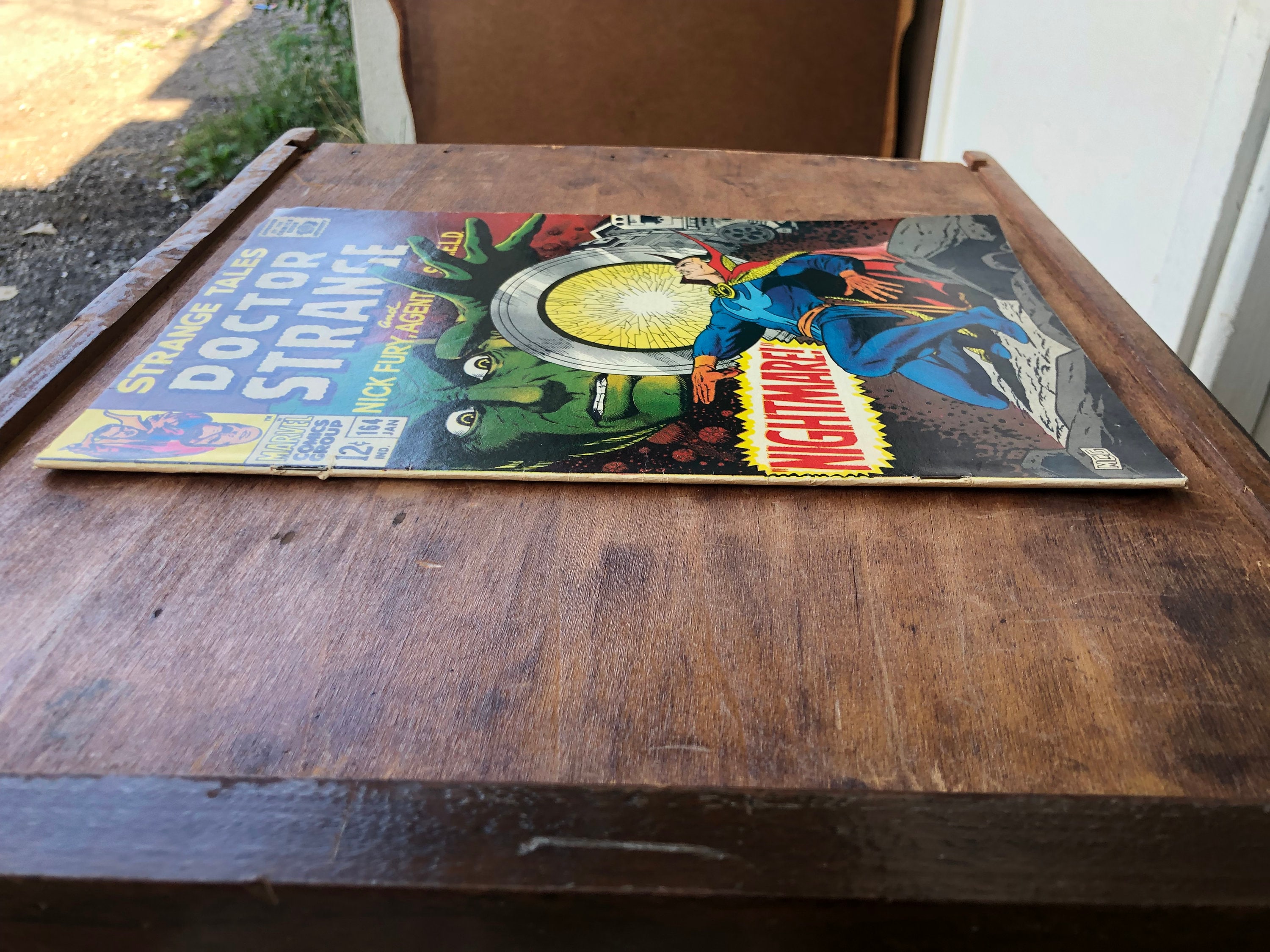 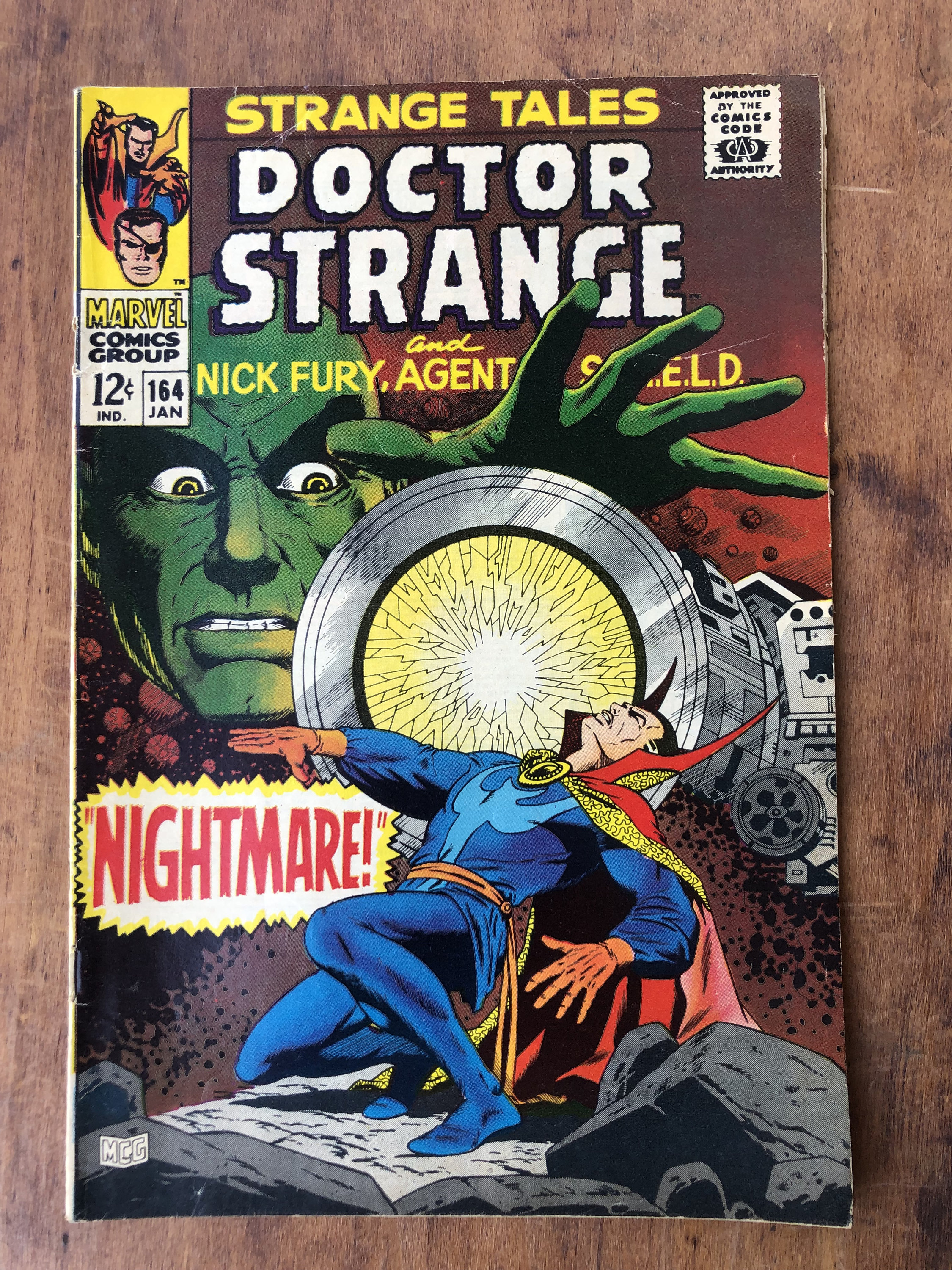 Here is a copy of Strange Tales #164- January 1968
It is in used condition.
See pics for condition.

1) NIGHTMARE! 2) When Comes...The Black Noon!
1) Dr. Strange finds himself transported to a strange world where he has to fight gigantic and monstrous creatures in his search for Victoria Bentley. Fighting past all the creatures in his way, he finds a cave, where he is greeted by a hologram of the planets lone humanoid and master of science: Yandroth. Yandroth informs Strange that he intends to keep Victoria Bentley as his queen when he uses his scientific genius to conquer the universe. He warns Strange to turn back or suffer the consequences, undaunted Dr. Strange travels deeper into the cave in spite of Yandroth's warning.

2) At the instant the Claw fired The Ultimate Annihilator at Fury, Suwan teleports him thru "Hyper-Dimensional Space" to the underground lair. She then teleports him to the SHIELD barber shop, where he collapses. In his lair, The Claw tests the Ultimate Annihilator by destroying a satellite in orbit. Mad with power, he plots "the dawn of a new age...and age of vengeance...of darkness and death". SHIELD medics give Fury the once-over in a "Revive Chamber", then warn him that any further stimulation could cause blackouts, blindness or death! Telling them to keep it confidential, Fury follows a tip, using the transparent car and a "Spectre-Suit" (to make him invisible) to trail a Claw agent. During a faked traffic accident, Fury sneaks into the trunk of the agent's car, getting out at their destination and getting the drop on The Claw & Von Voltzmann. But he discovers he's onboard "The Sky Dragon", a huge airship miles above the city! Captured, Fury is tied underneath the Ultimate Annihilator, as The Claw prepares to use it to destroy New York City!