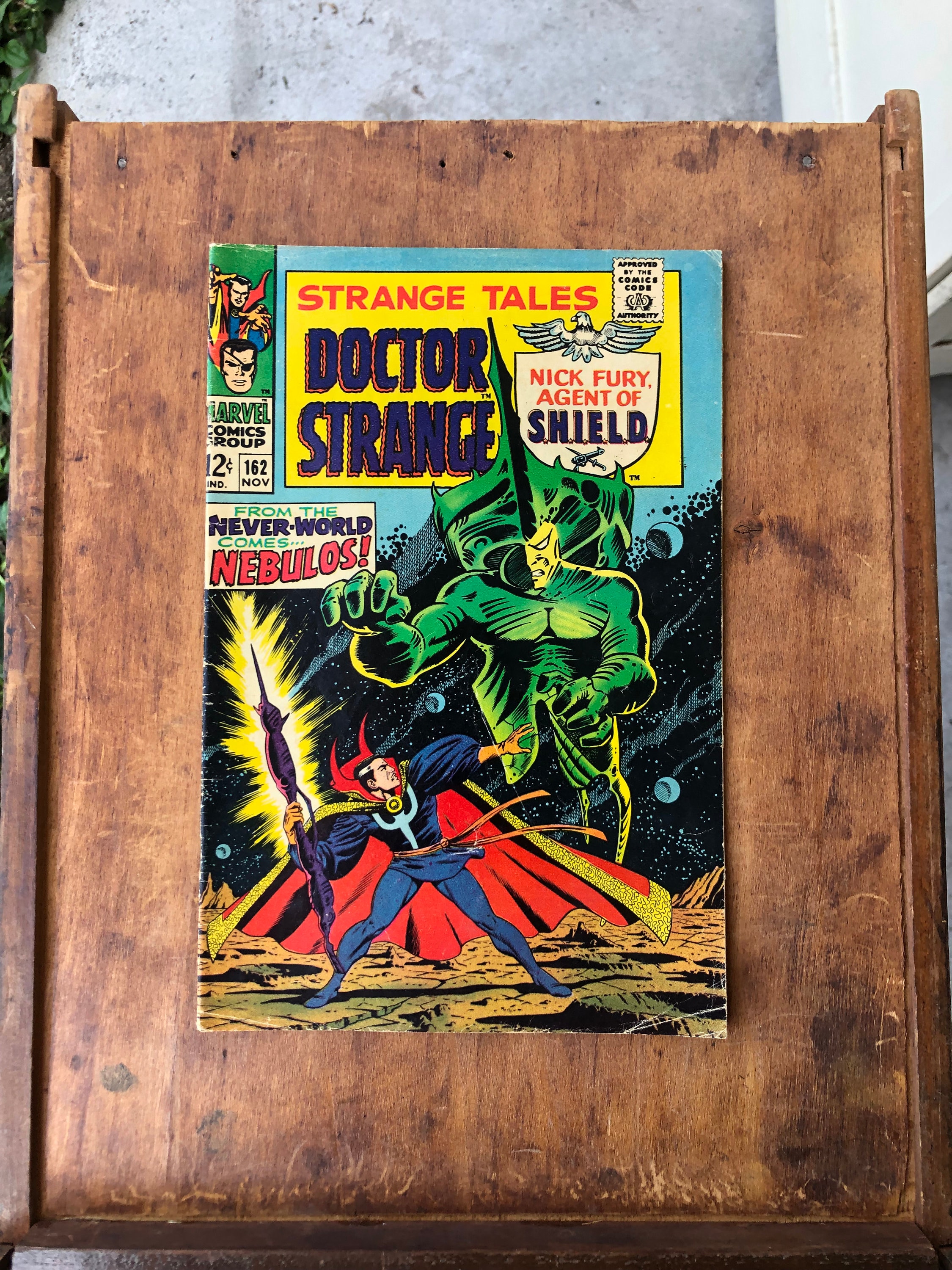 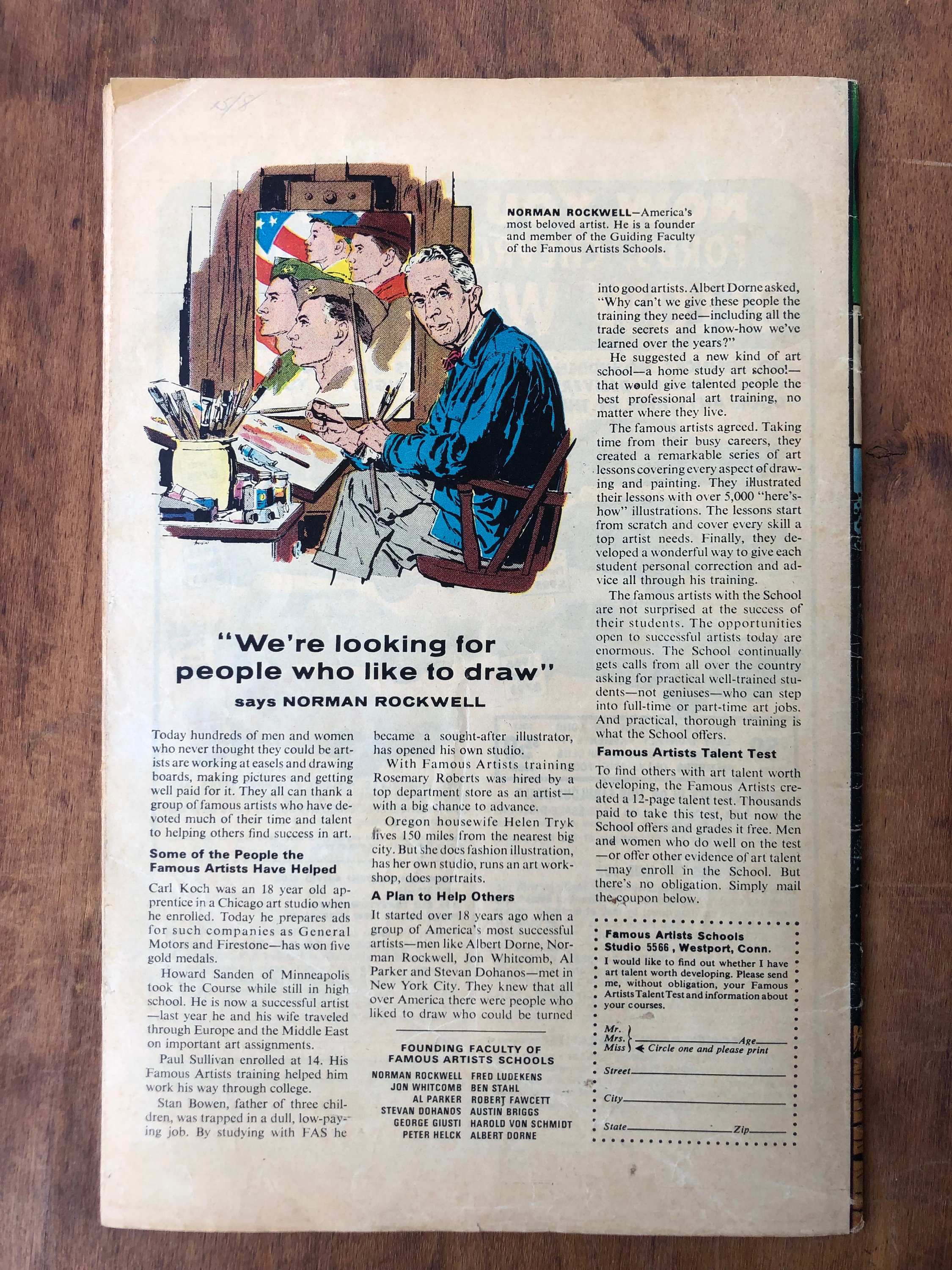 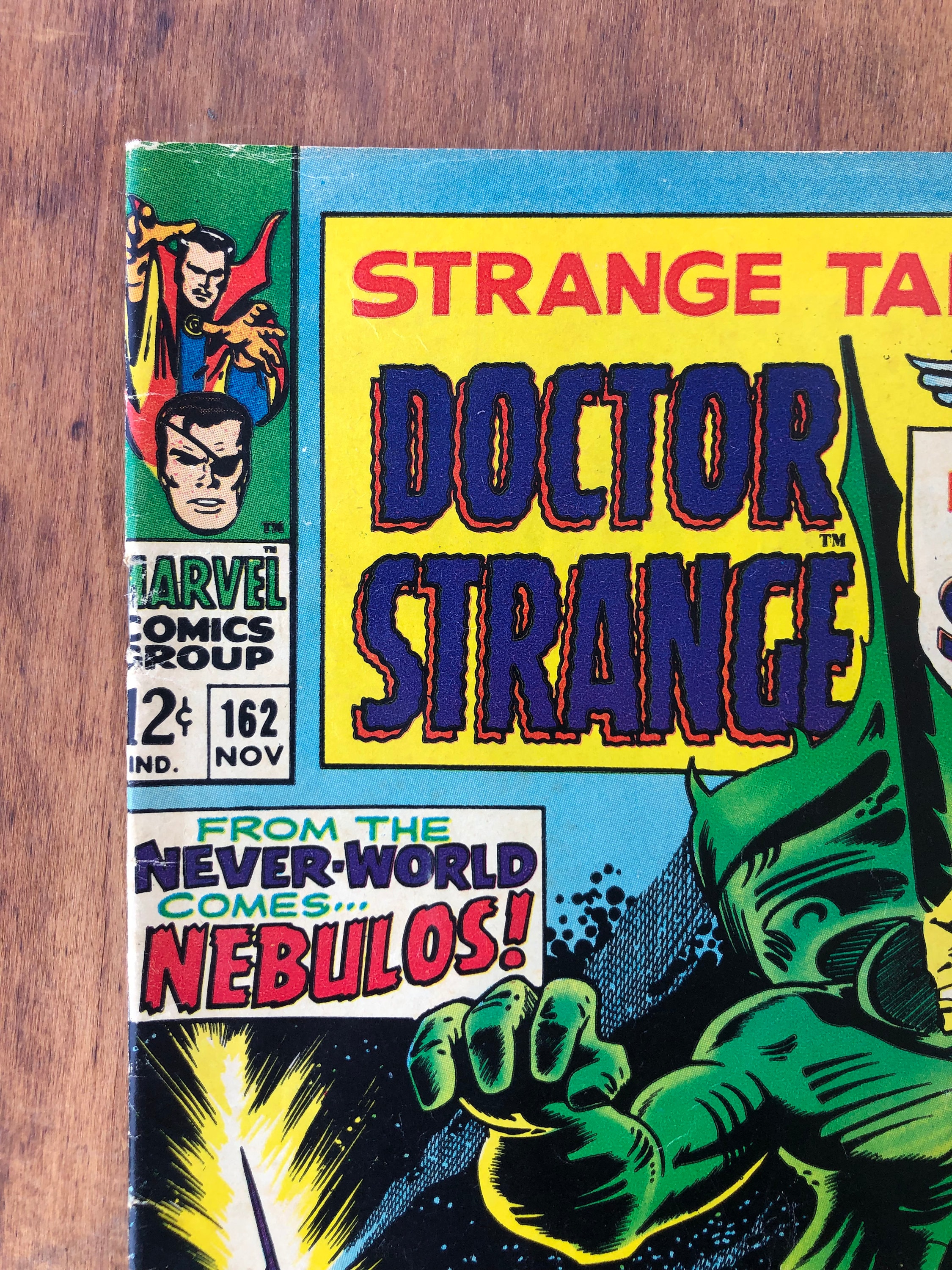 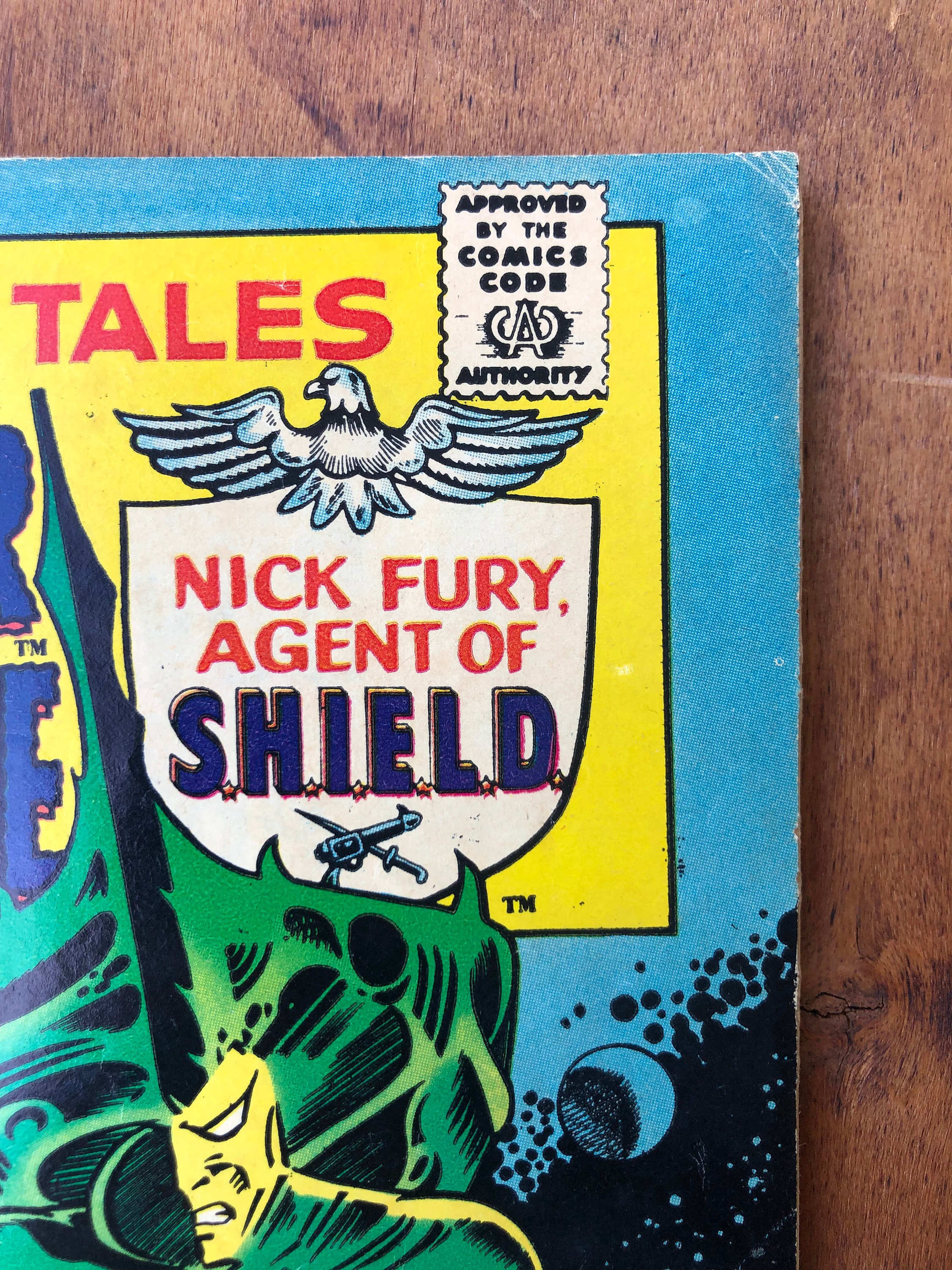 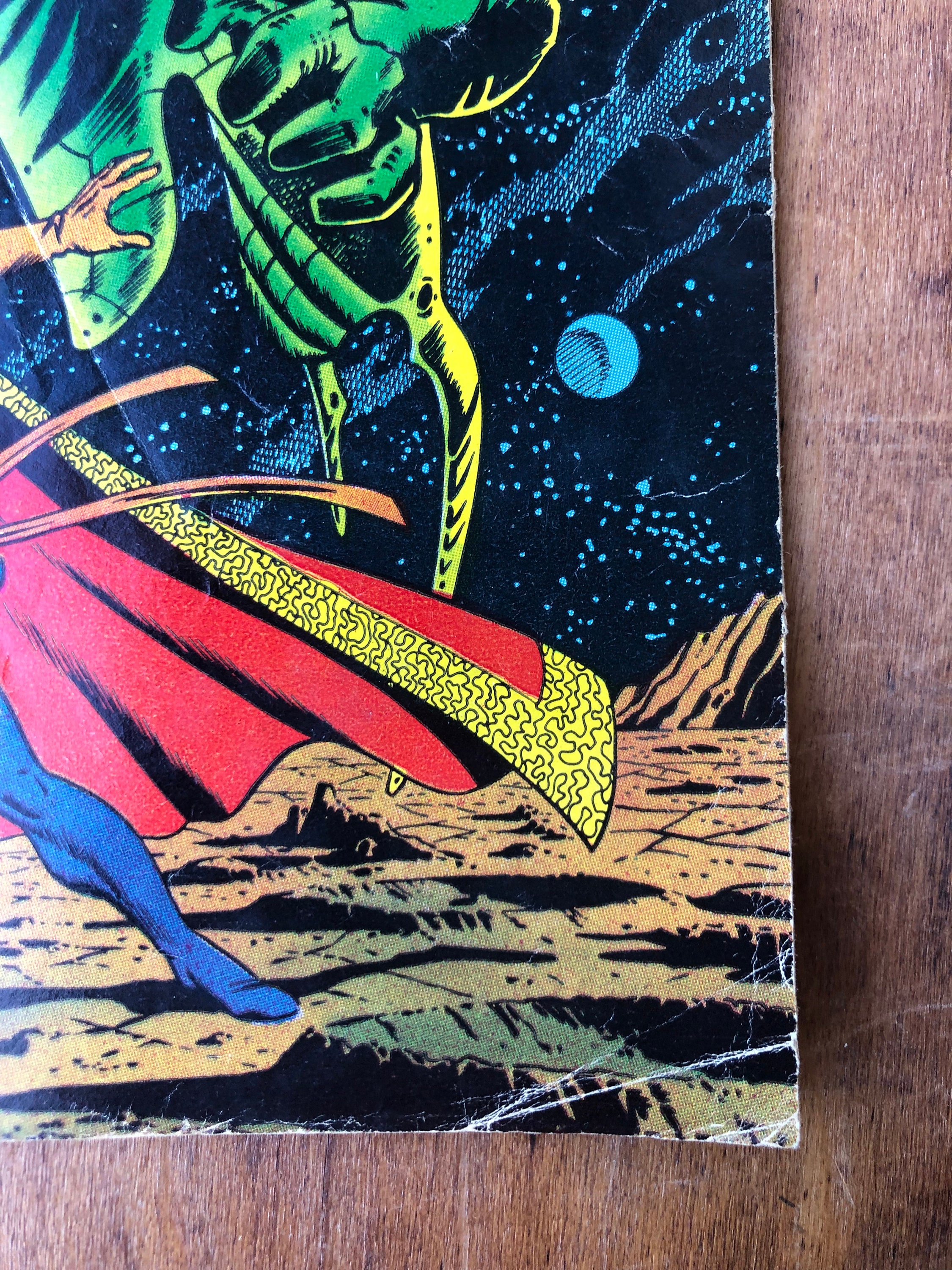 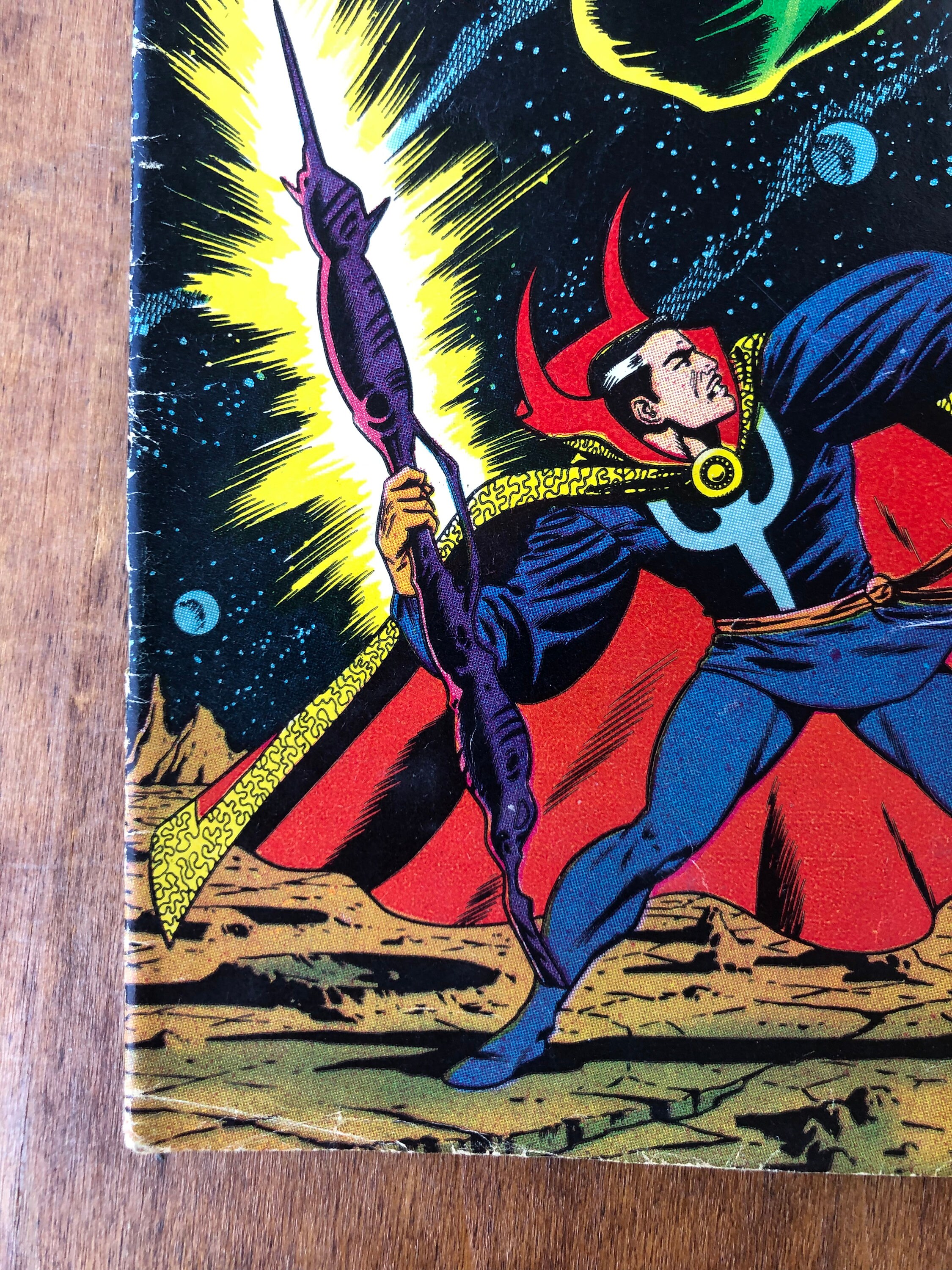 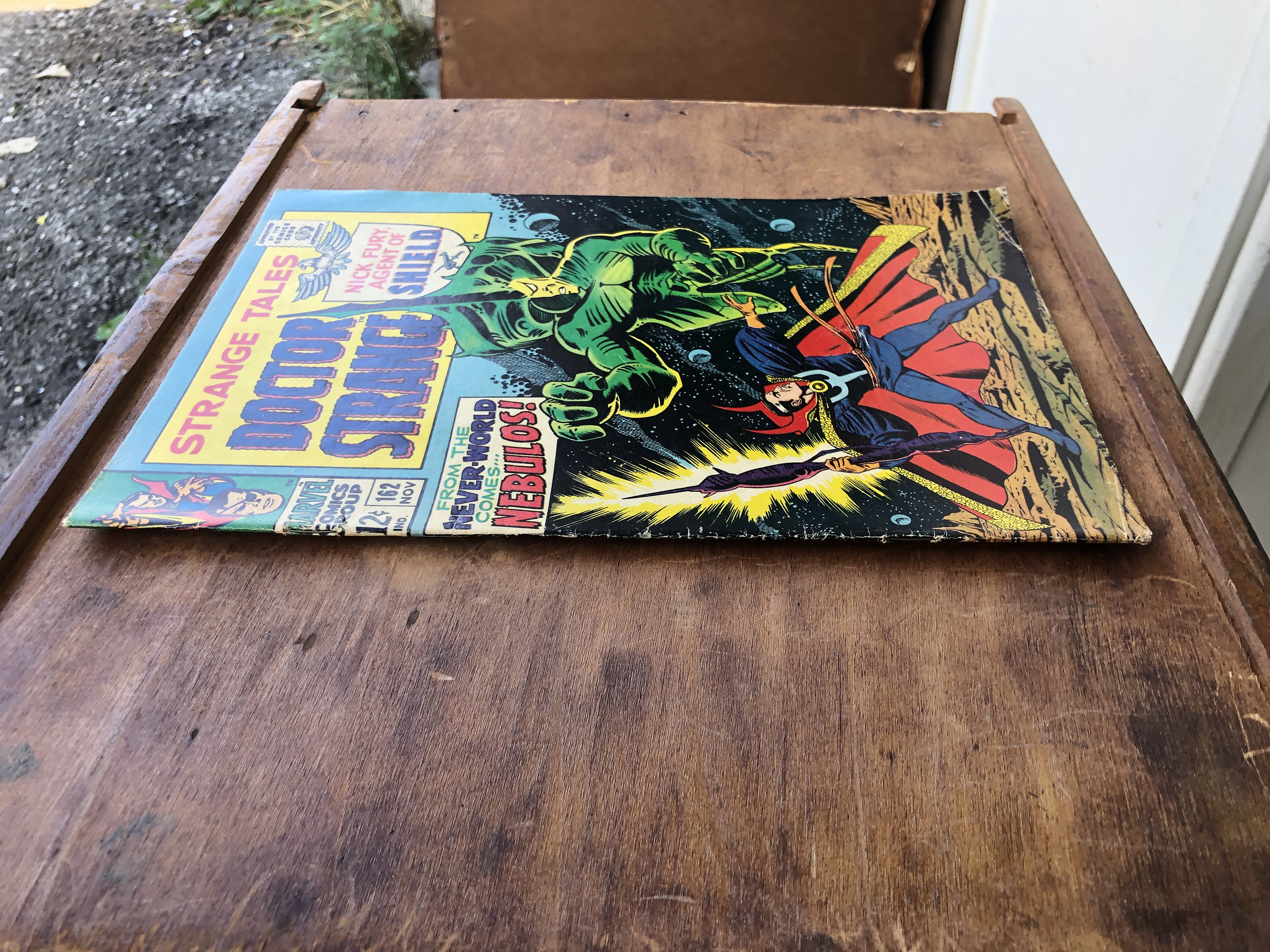 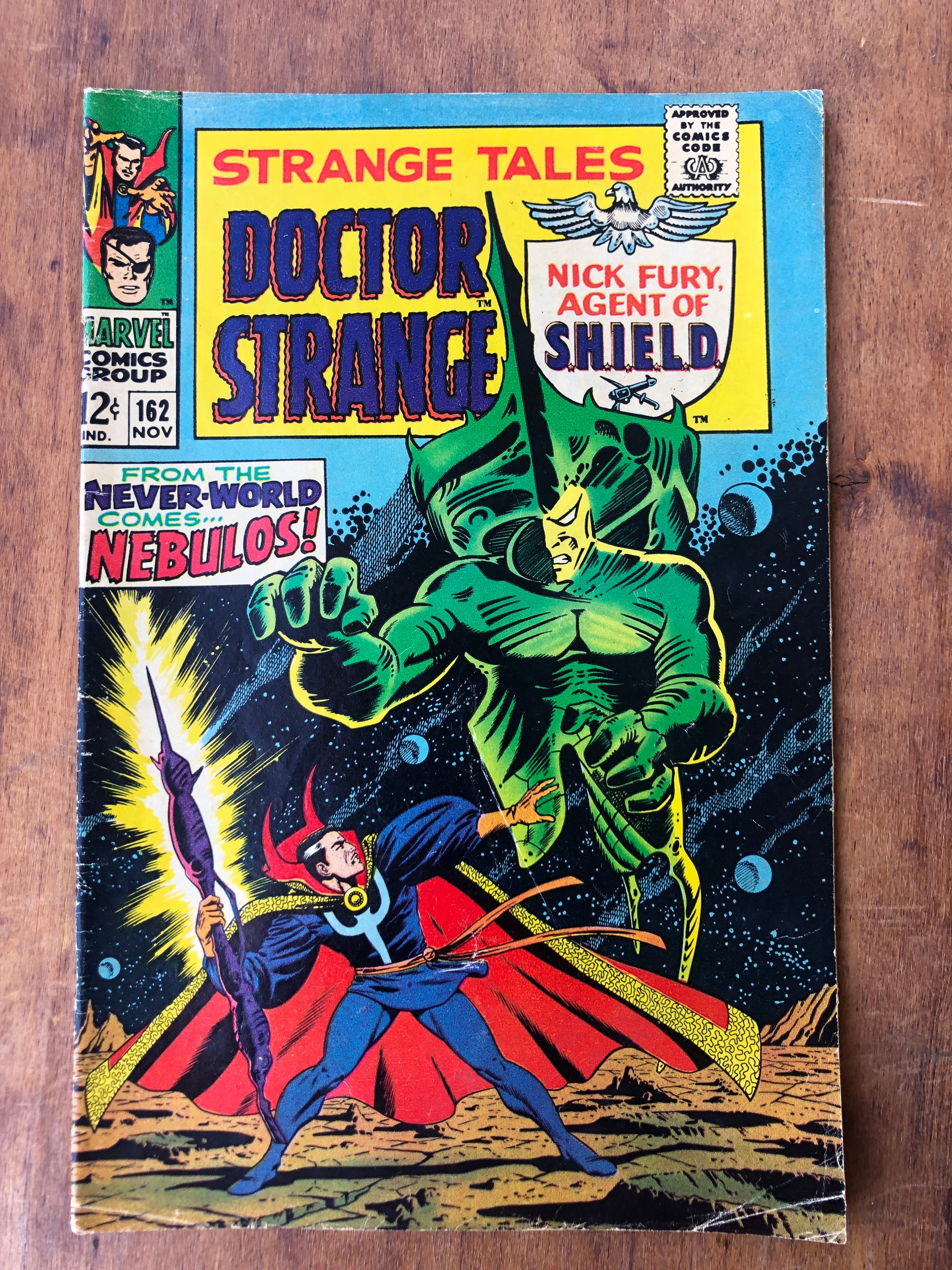 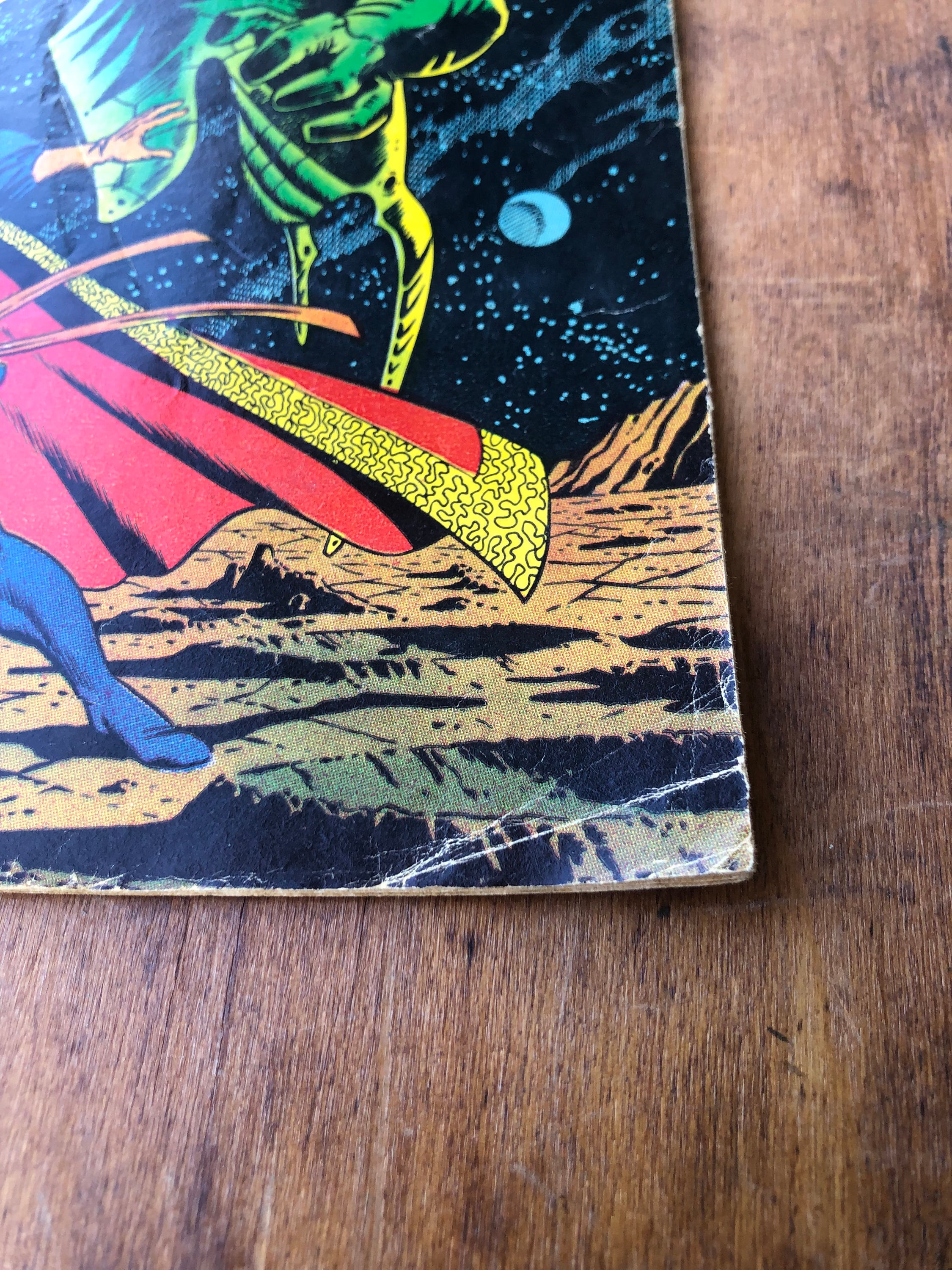 Here is a copy of Strange Tales #163- December 1967
It is in used condition.
See pics for condition.

1) So Evil, The Night! 2) From The Never-World Comes...NEBULOS!
1) The Gaff presents Fury with his new car-- a Ferrari 330/P4 Berlinetta, which is made entirely out of clear fiberglass, making it "completely invisible" from 100 feet away! It's also equipped with a color-changing rheostat, and vortex beams to replace the old mach-pressure fanjets. Fury & Val go to SHIELD's rebuilt ESP Division. There, Jimmy Woo detects that The Yellow Claw is in Chinatown. Nick tells Jimmy it's his job now, and goes there alone. After a harrowing encounter with a pair of Claw goons, Fury impersonates one of them, and in a darkened shop, meets Fang-Chu (The Claw) face-to-face. But Voltzmann gets the drop on him, and an instant later, he falls thru a trapdoor into the tentacles of a "monster cephalopod"

2) Nebulos gives Dr. Strange his Staff of Polar Power in order to initiate the creature's own powers. Taking the staff Strange is polarized with Nebulos' Planet Perilious and transported to Earth. There he battles Baron Mordo, the staff absorbing Mordo's excess mystical powers and banishing him to another realm. Traveling back to Stone Henge, Dr. Strange attempts to destroy the Glass of Doom to prevent Earth's destruction, however before he can Nebulos transports Dr. Strange and the Glass back to his planet.

There Nebulos reveals that Victoria is his captor and takes back the staff, however before he can reveal his plot, Dr. Strange spots the Living Tribunal is about to arrive on the planet.