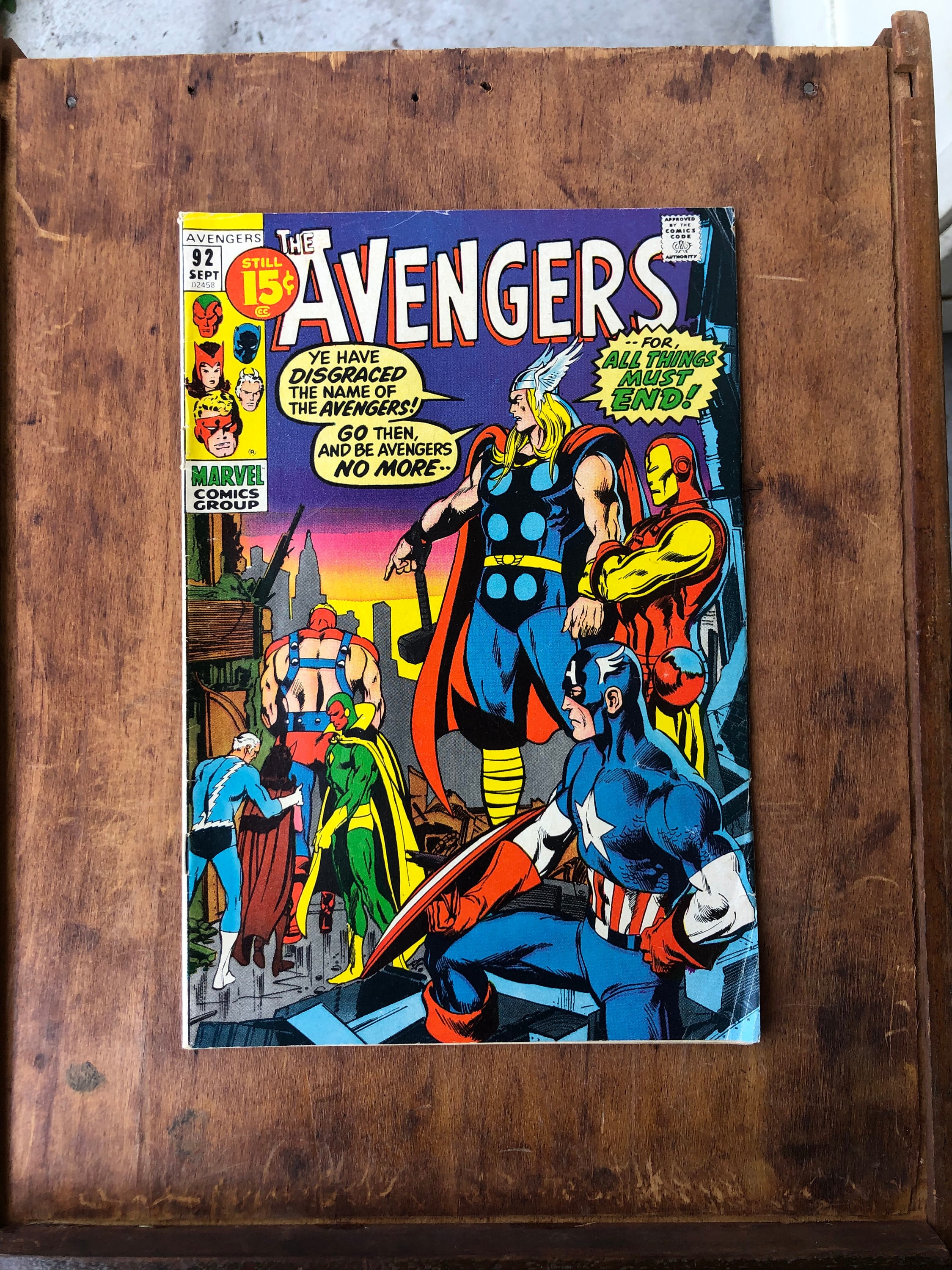 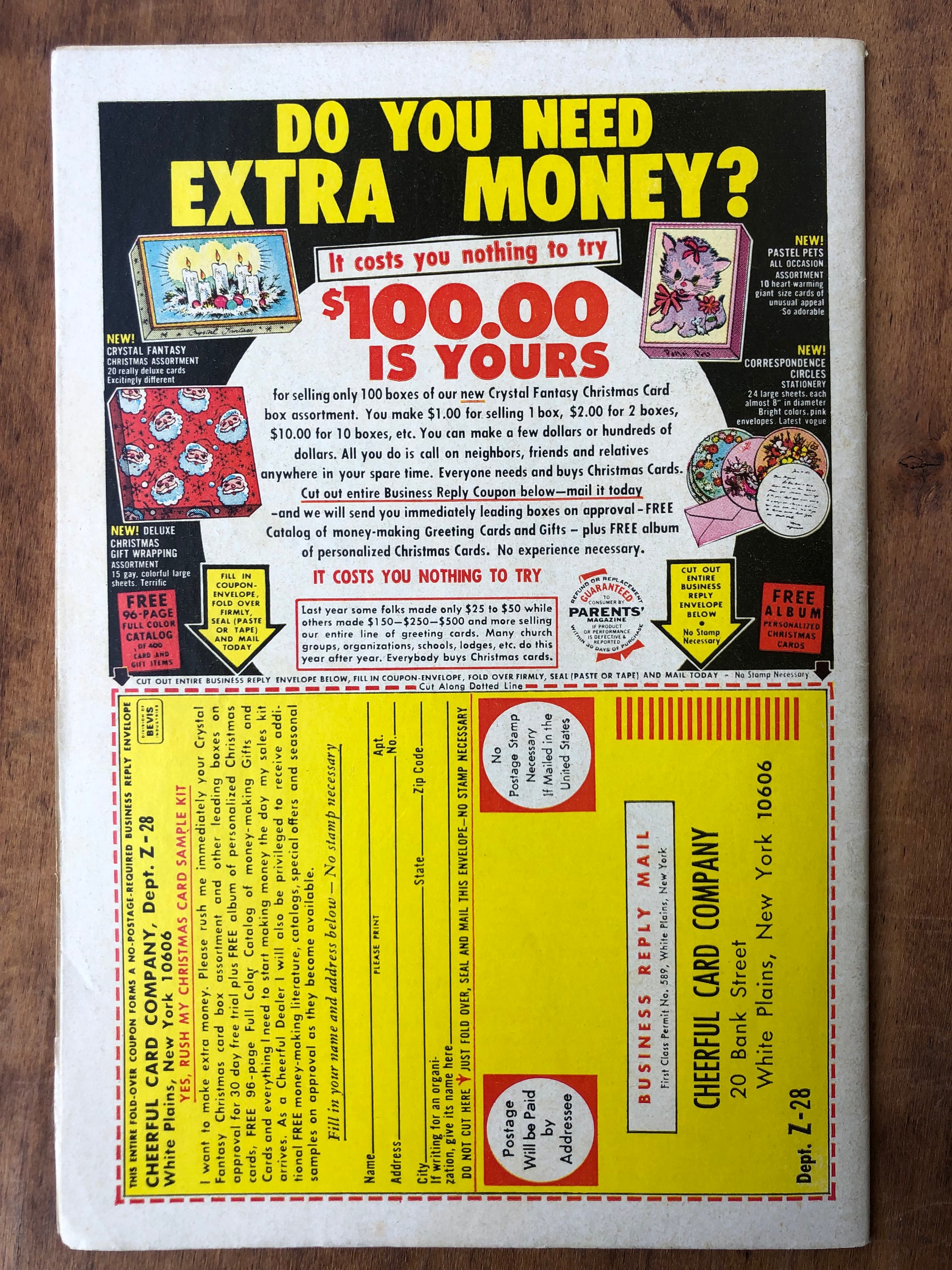 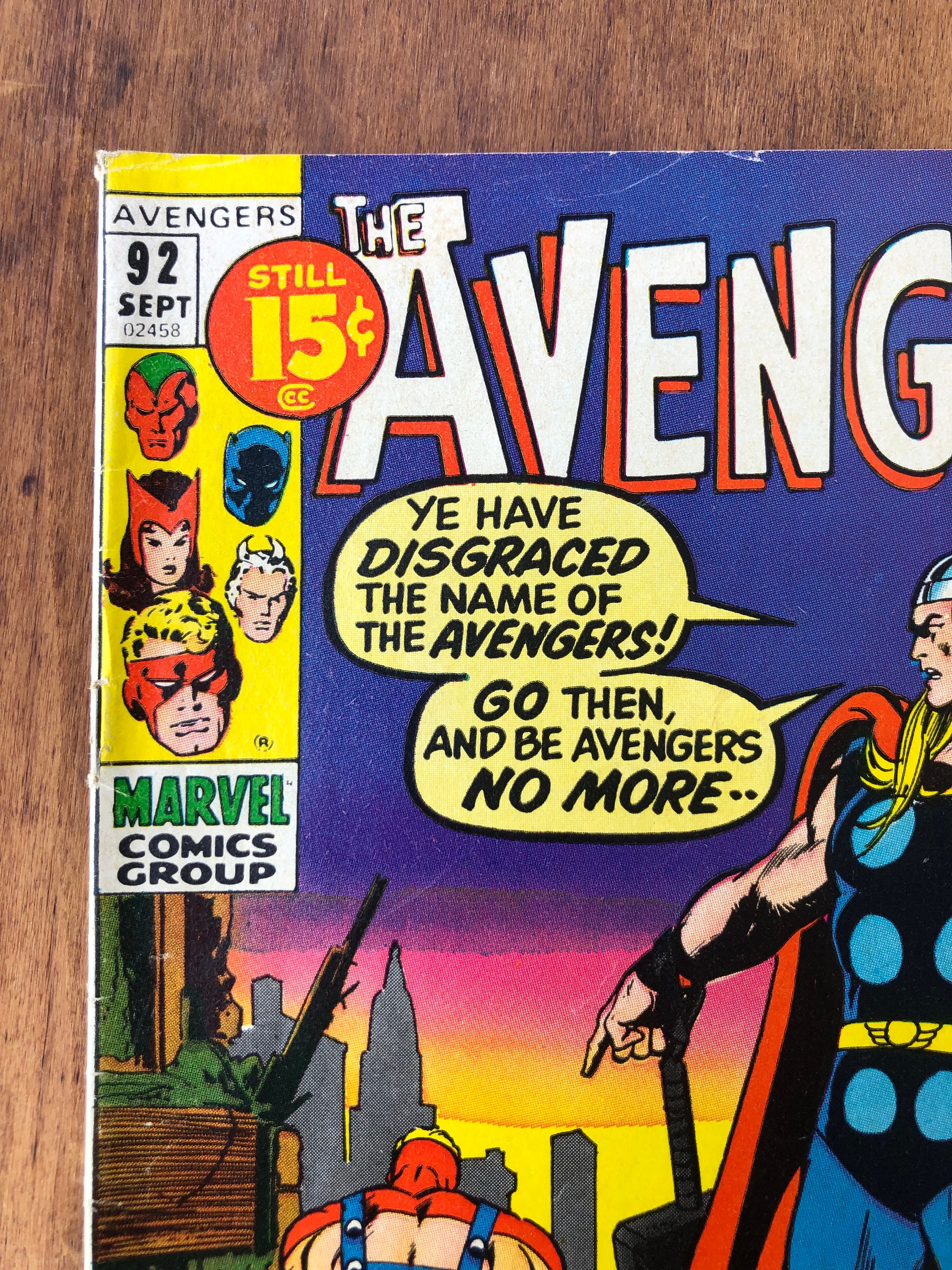 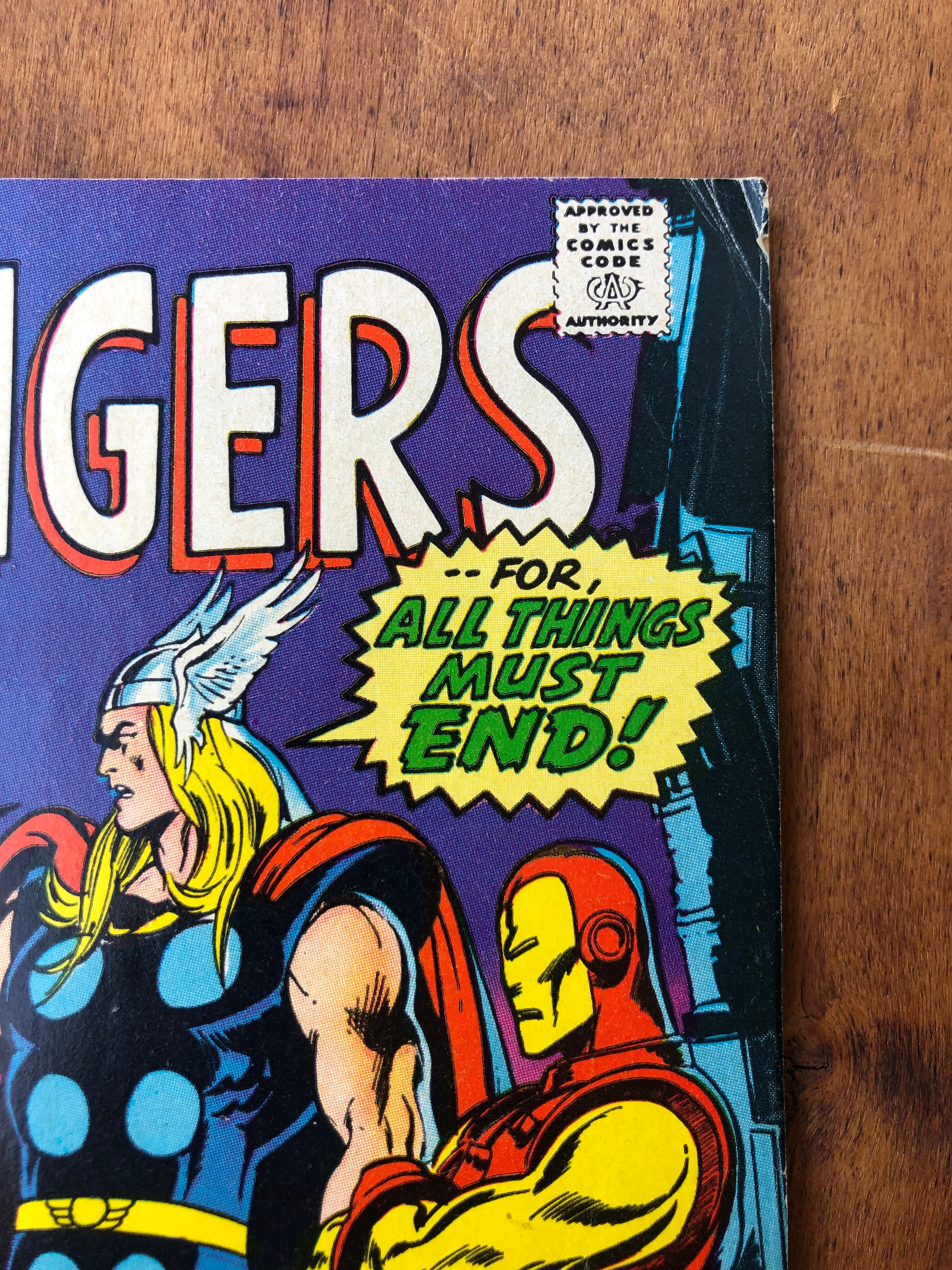 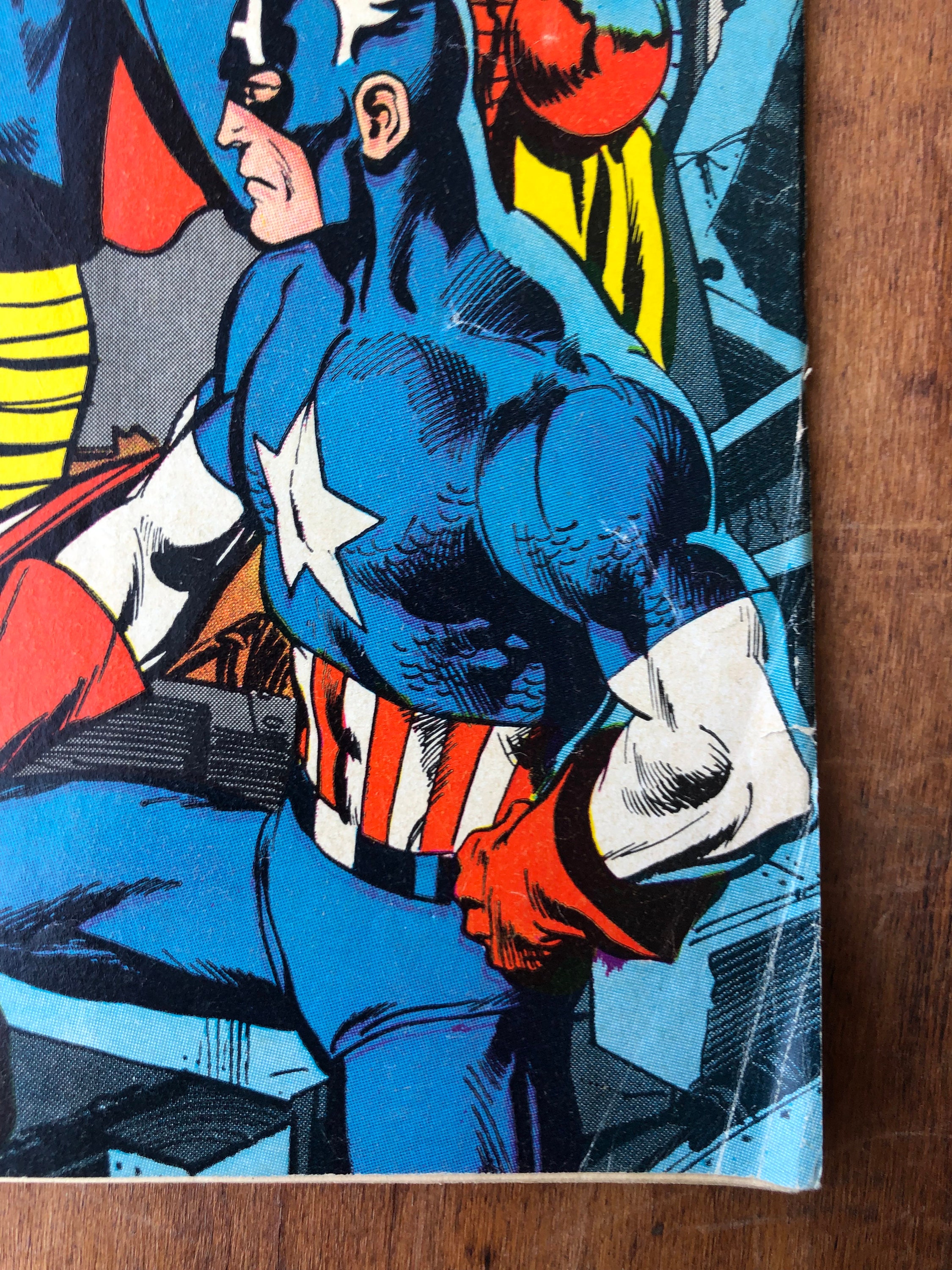 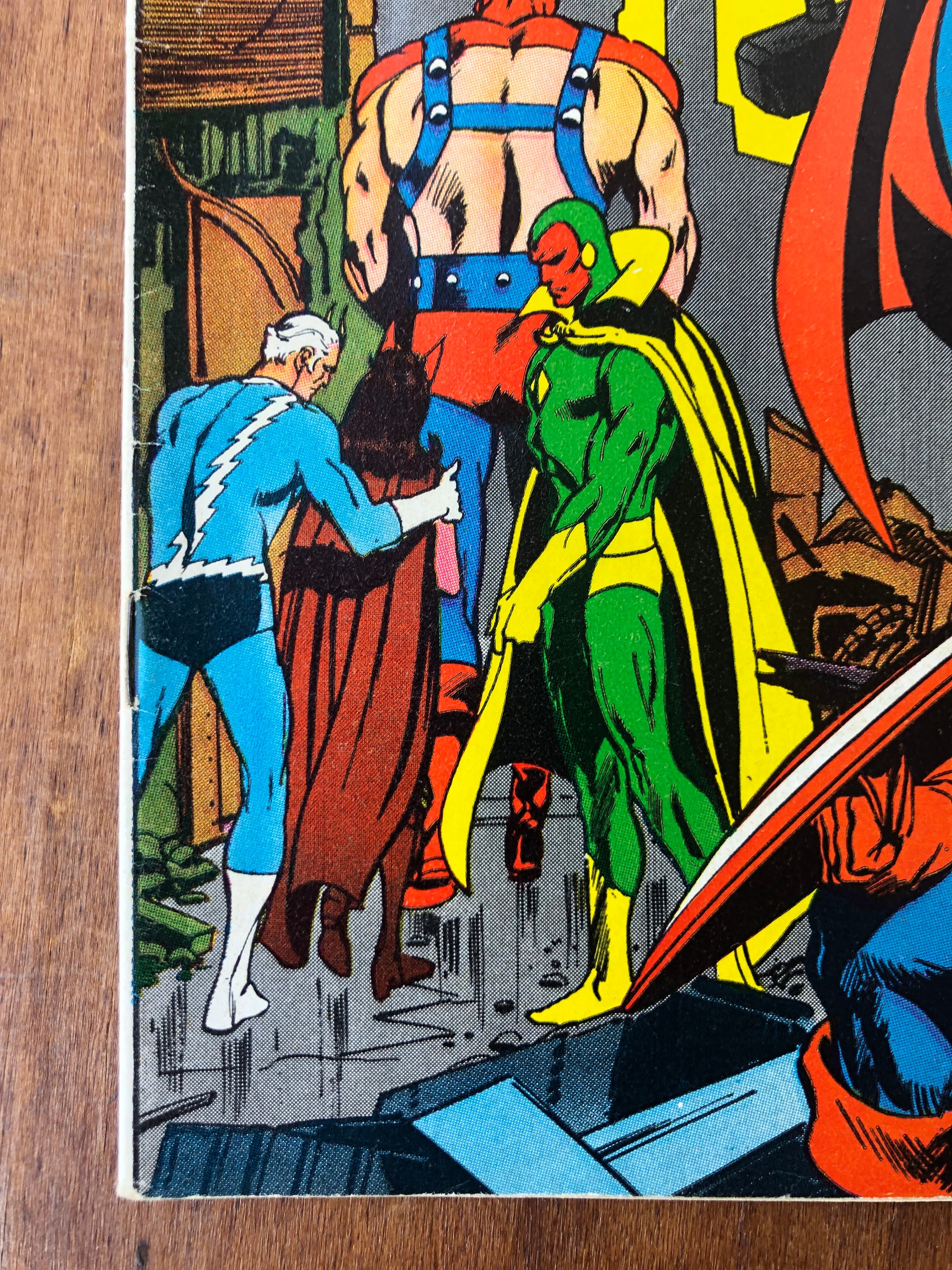 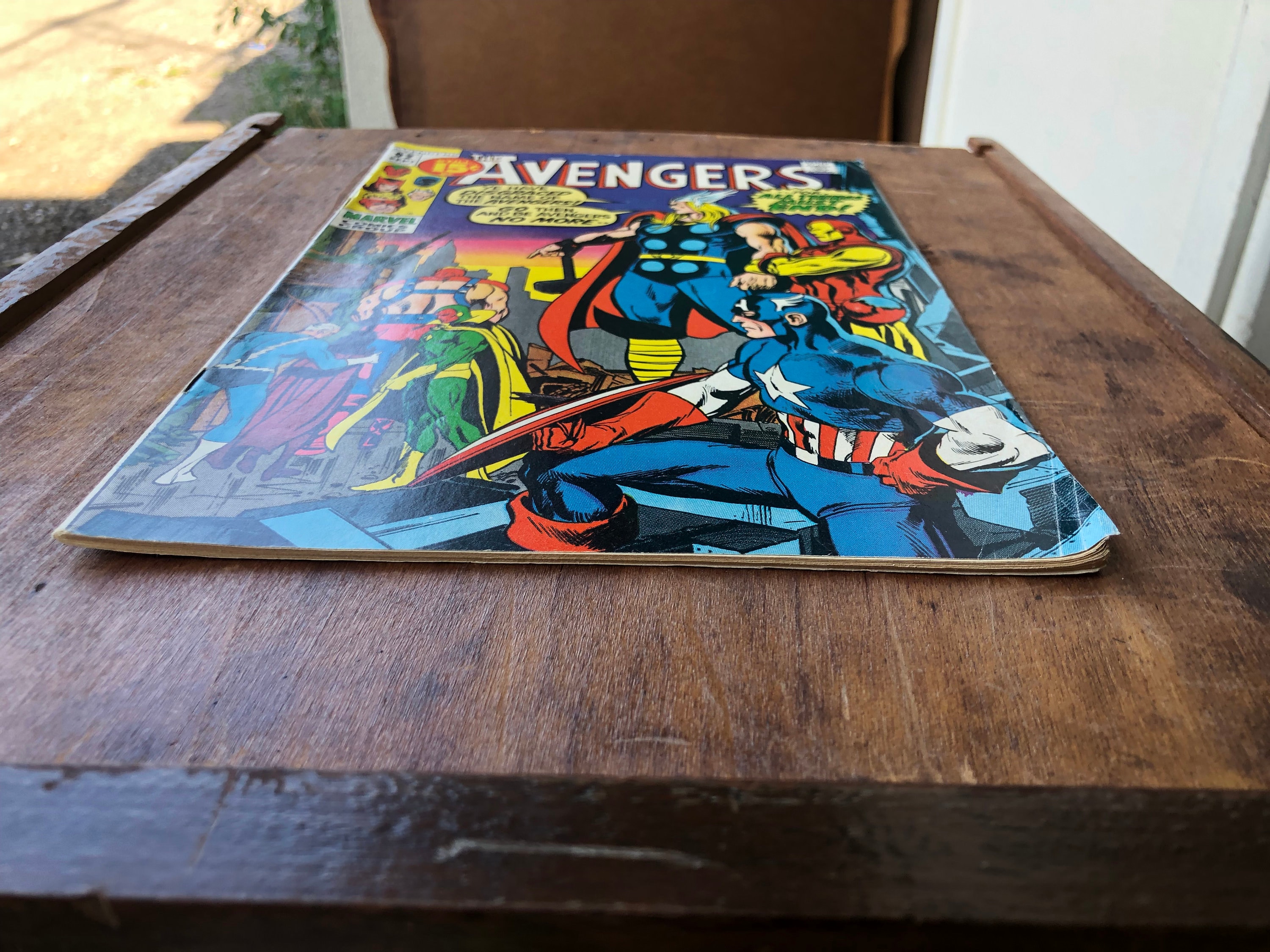 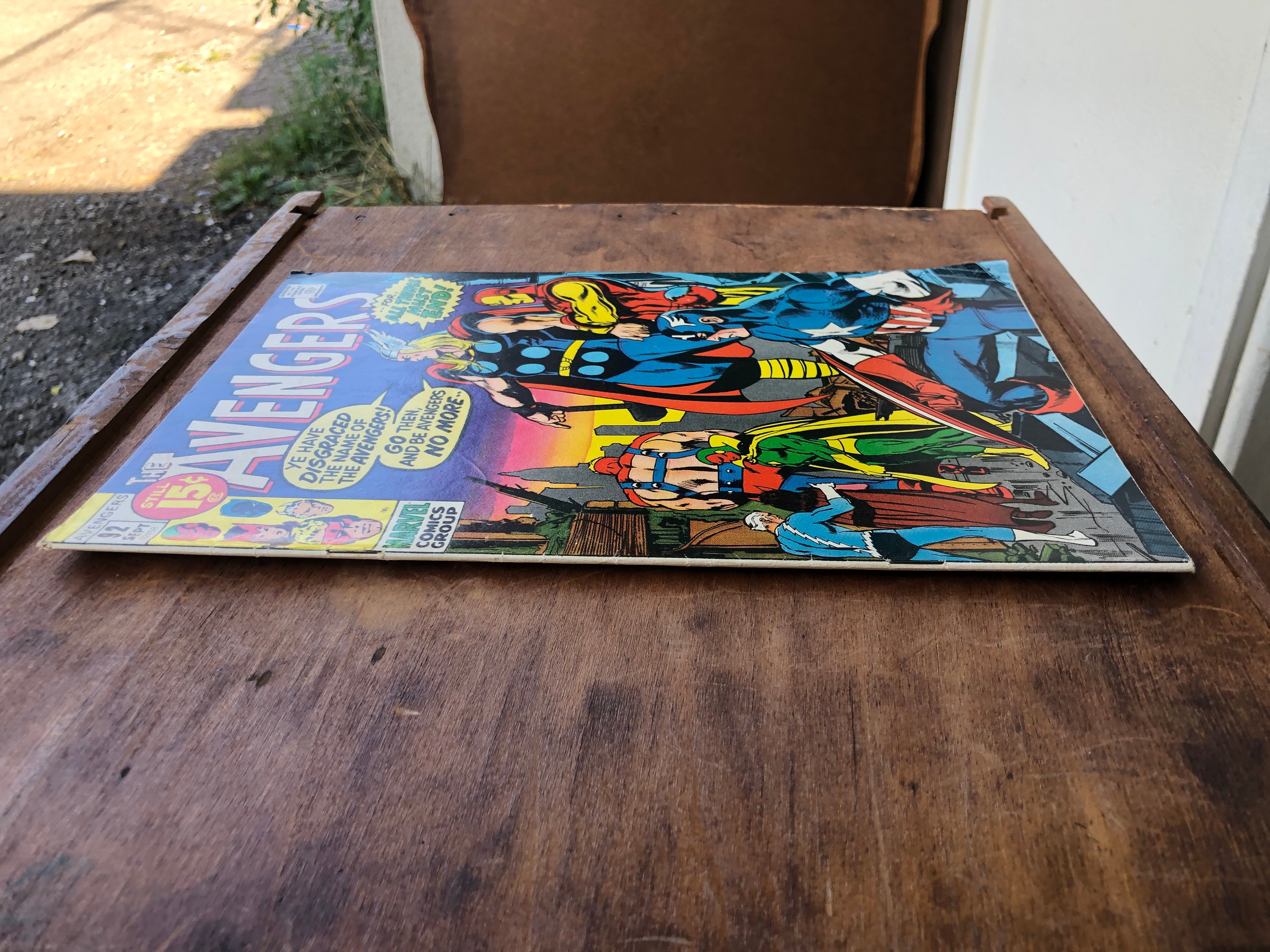 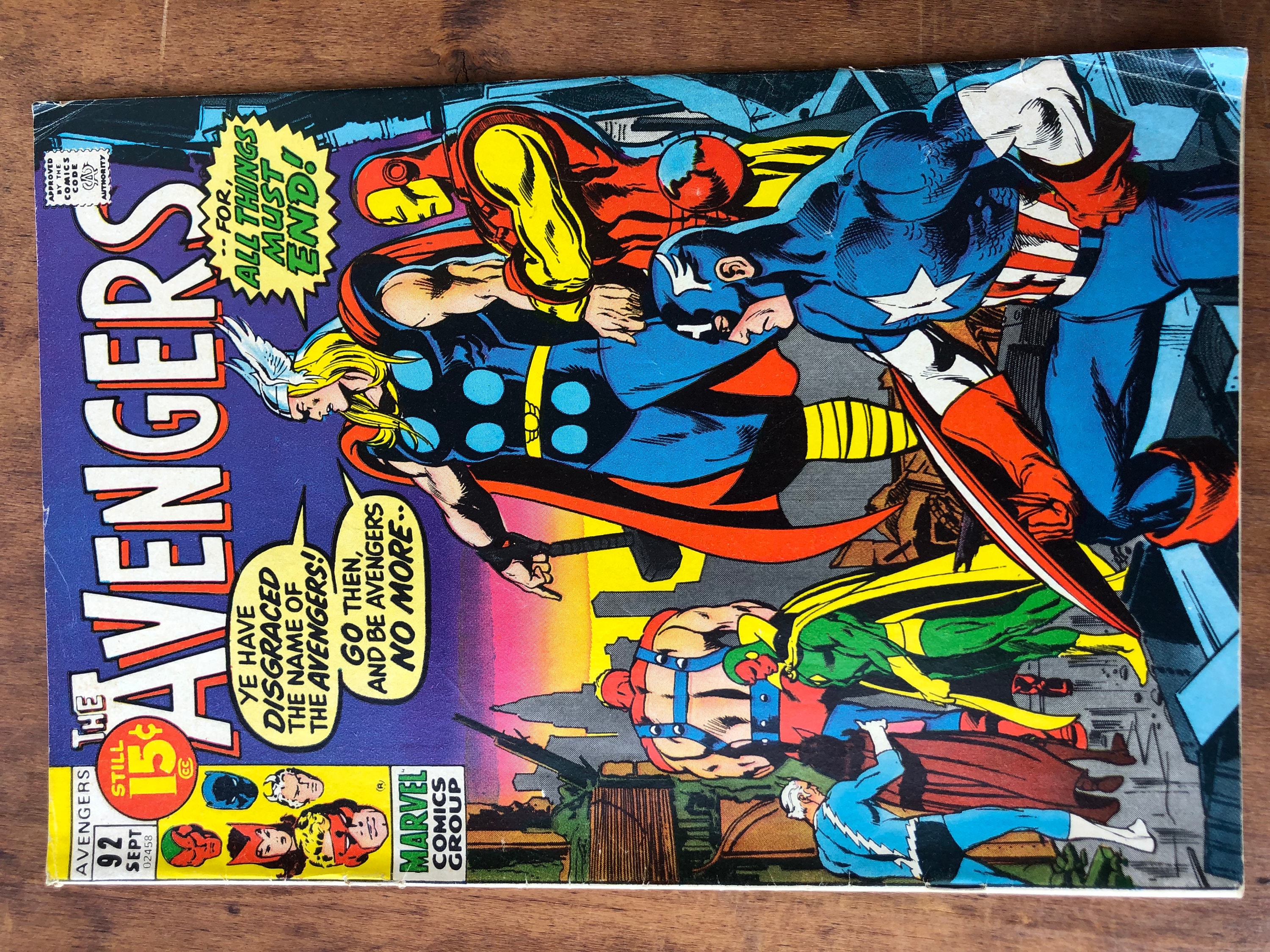 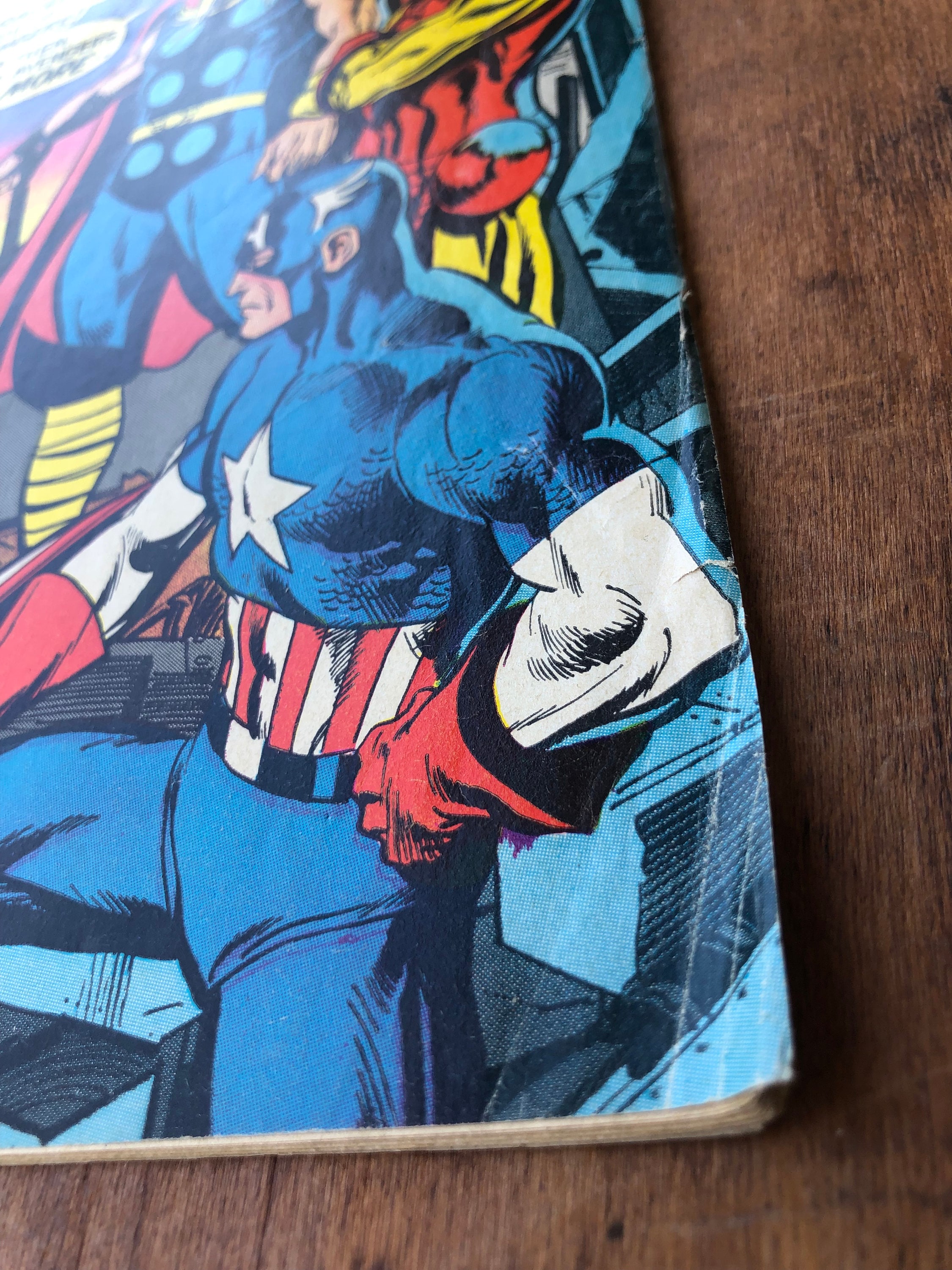 Here is a copy of The Avengers #92- September 1971
It is in used condition.
See pics for condition.

ALL THINGS MUST END
Scarlet Witch, Quicksilver and the Vision are spending the day relaxing after their last mission when suddenly Jarvis bursts in with a newspaper which reports that the men they saved in the arctic told their story to the media which has caused a frenzy. Joined by Goliath, the Avengers watch a television report interviewing H. Warren Craddock who has been appointed head of the Alien Activities Commission, who vows to seek out and find every alien on the planet, stating that they have reports of 153 suspected individuals who are alien spies, and that they will check every source, including the Avengers Mansion.

The Avengers are soon joined by Captain Marvel and Rick Jones and begin to debate what to do about the current situation, when they are alerted of the arrival of Carol Danvers. When her helecopter almost crashes, Captain Marvel and the Avengers save her and bring her in. They convince Mar-Vell go go with her and go into hiding until things are straightened out, having to escape a SHIELD jet batallion in order to do so.

The Avengers then go to Washington to answer to a committee of government officials and the Fantastic Four about their recent involvements with the Kree race. During the committee, Rick Jones receives a mental image that Mar-Vel is in trouble and bursts out of the room. Craddock wanting Jones found order the meeting adjourned for the afternoon. The Avengers return home to find that protesters have broken into the mansion and trashed it. When helping Jarvis straighten up, they are visited by Captain America, Iron Man and Thor who tell them that the Avengers are being disbanded and order the others to leave the mansion immediately.