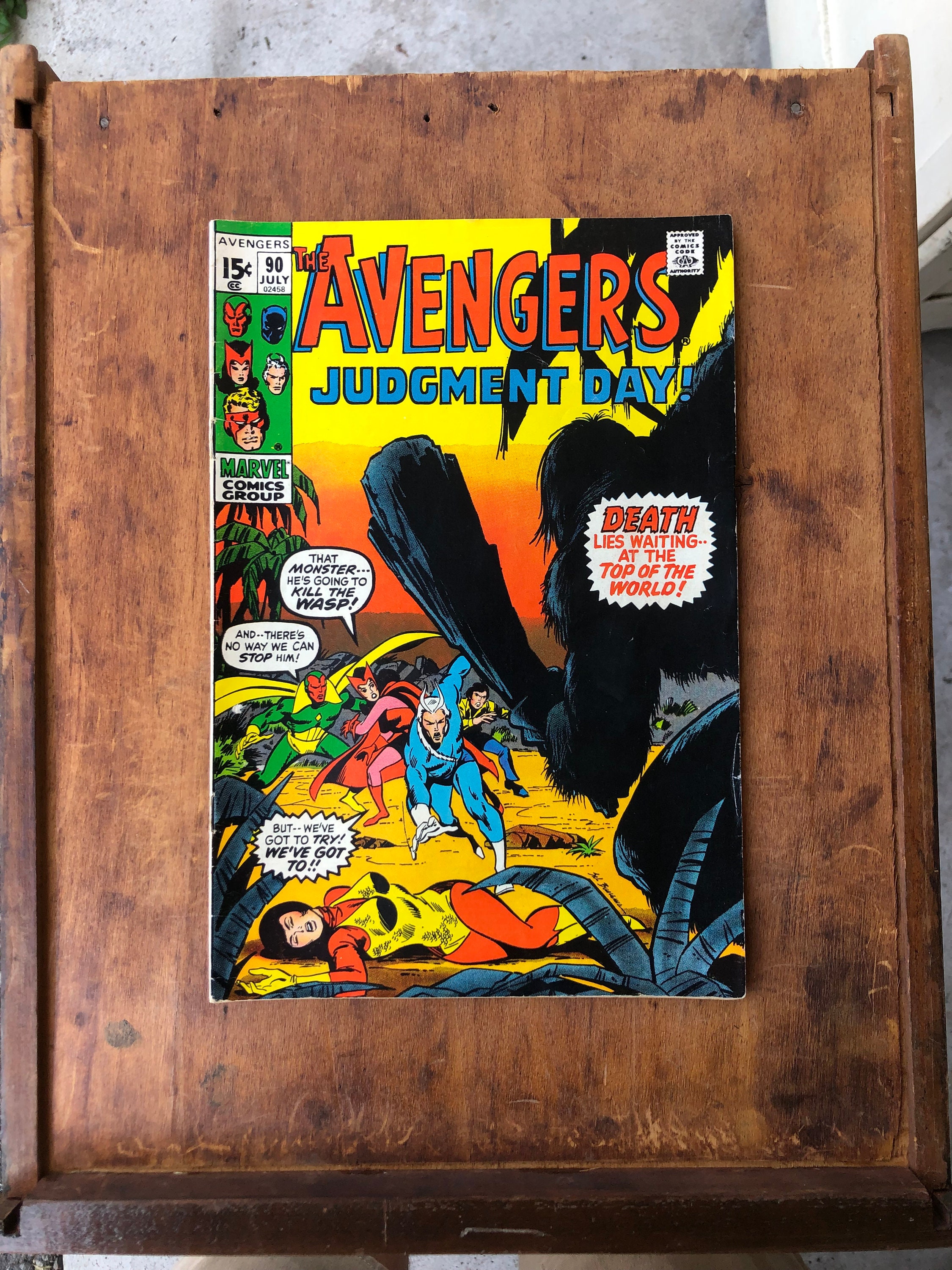 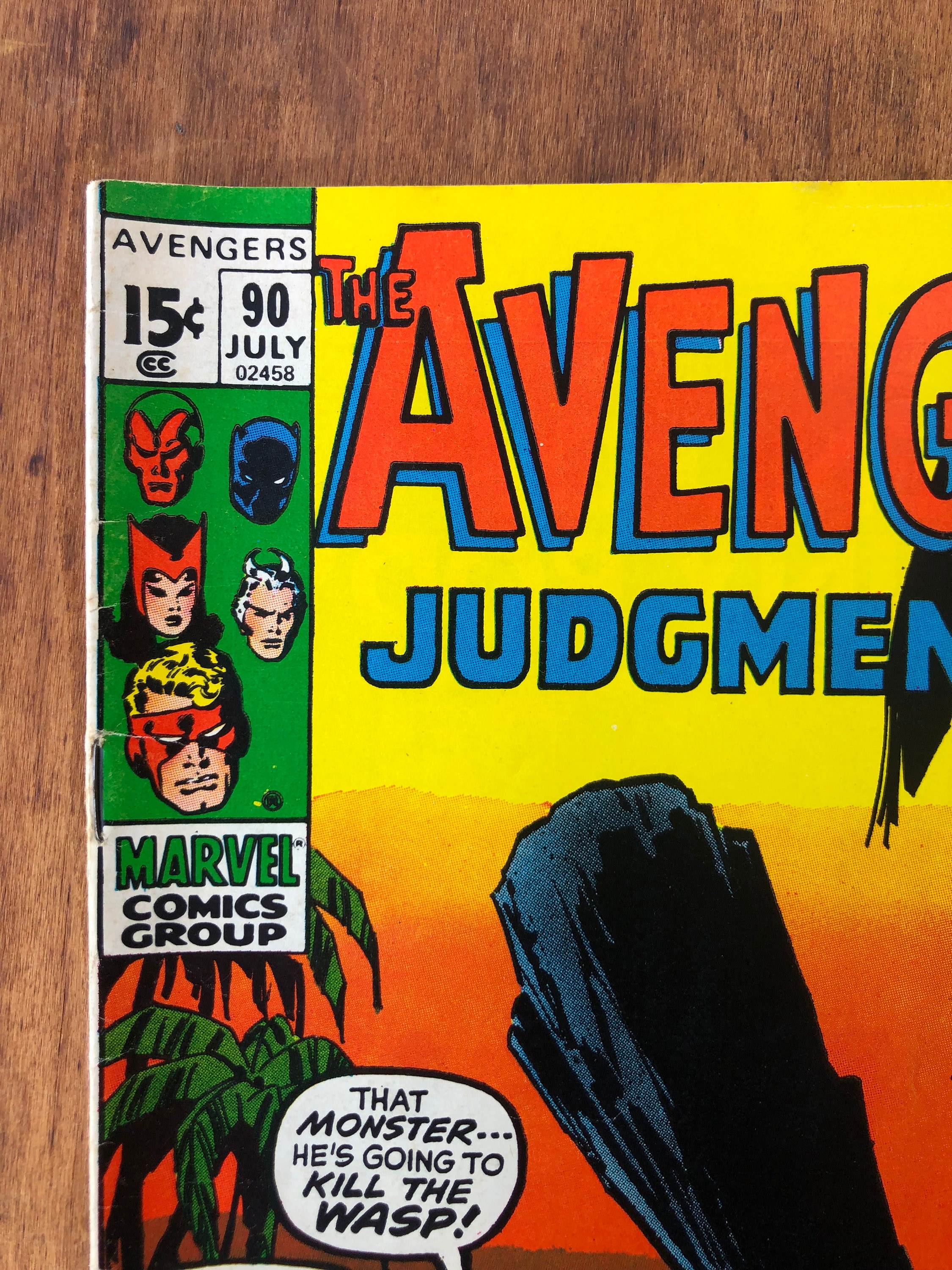 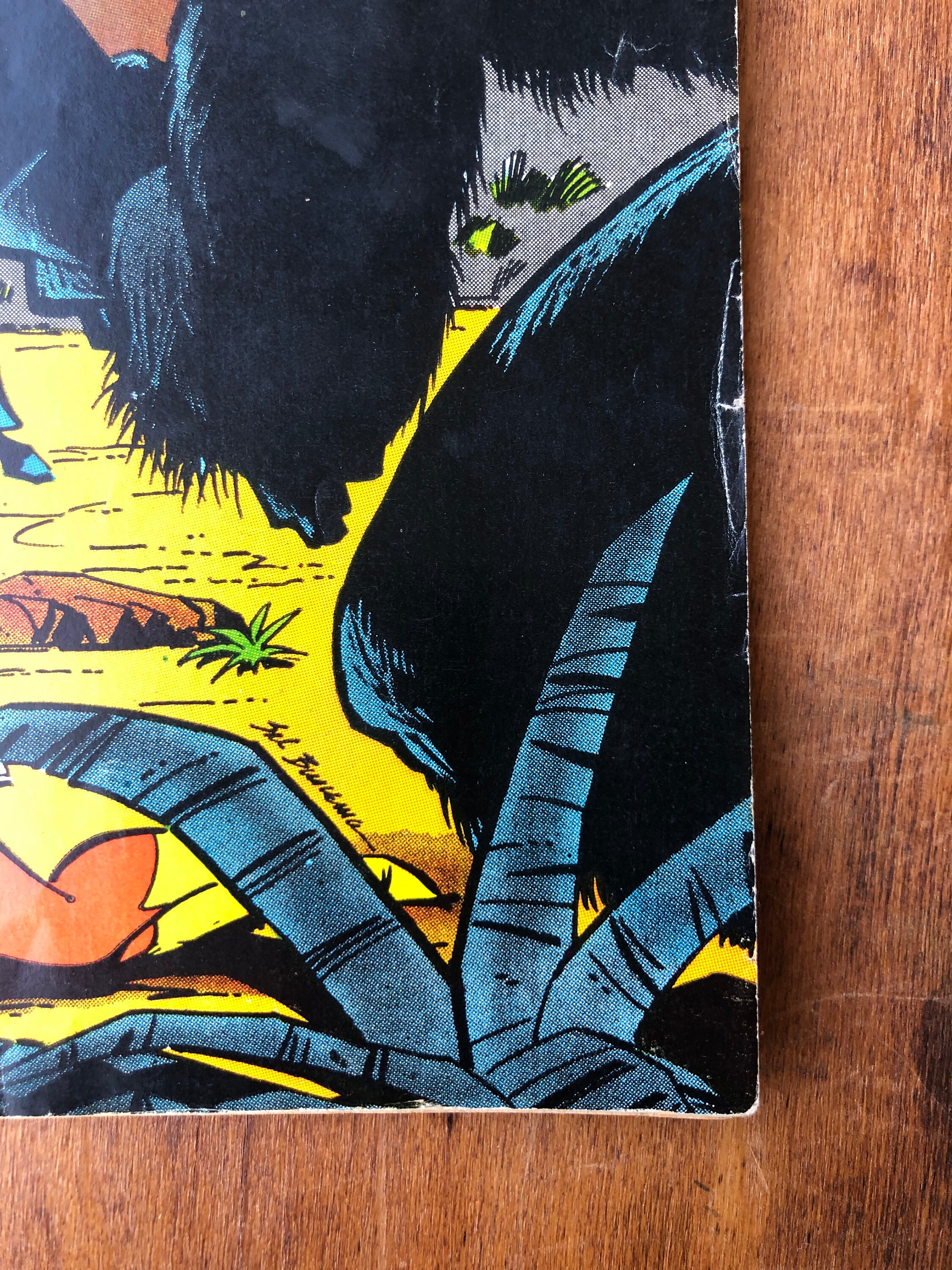 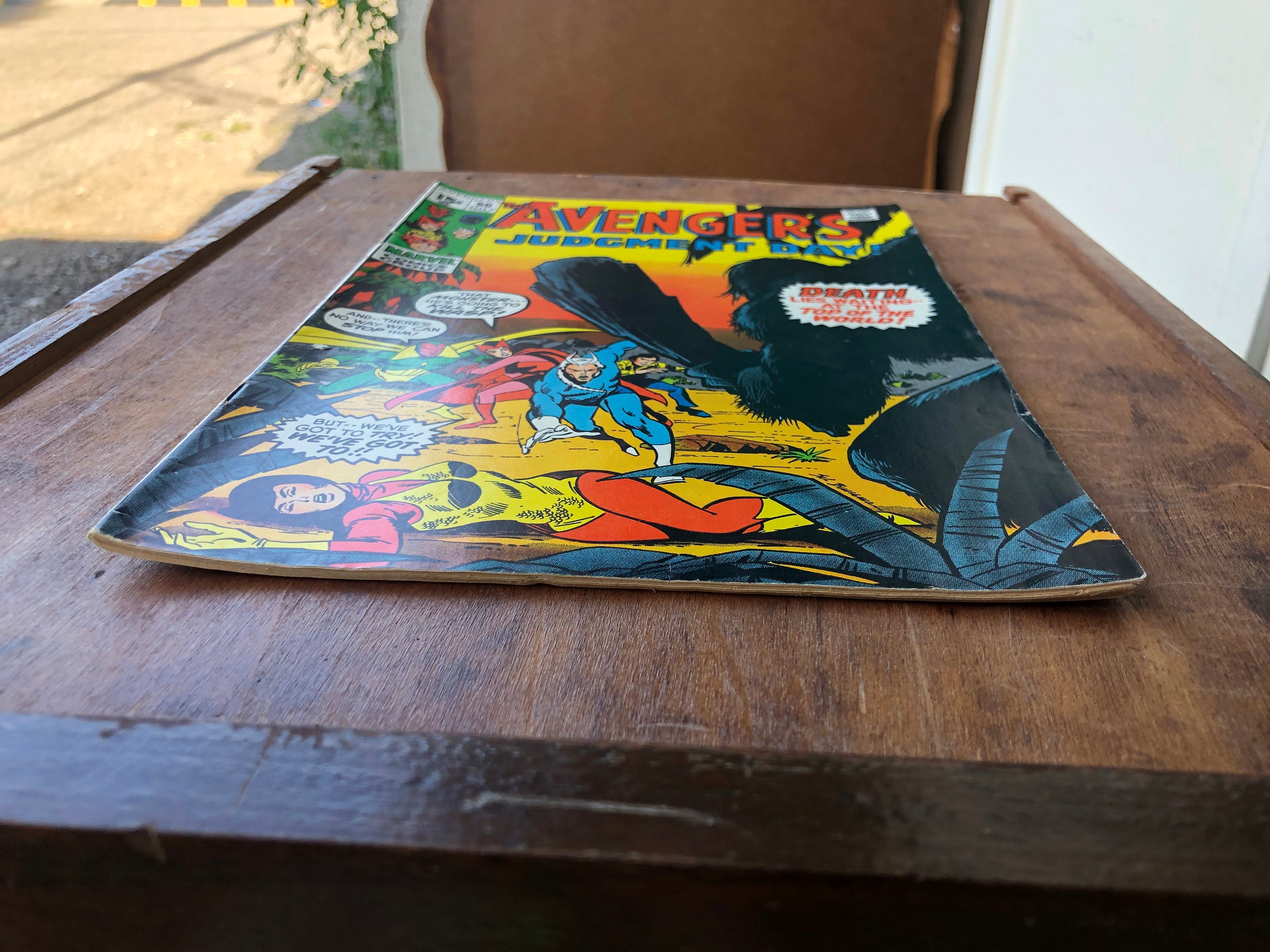 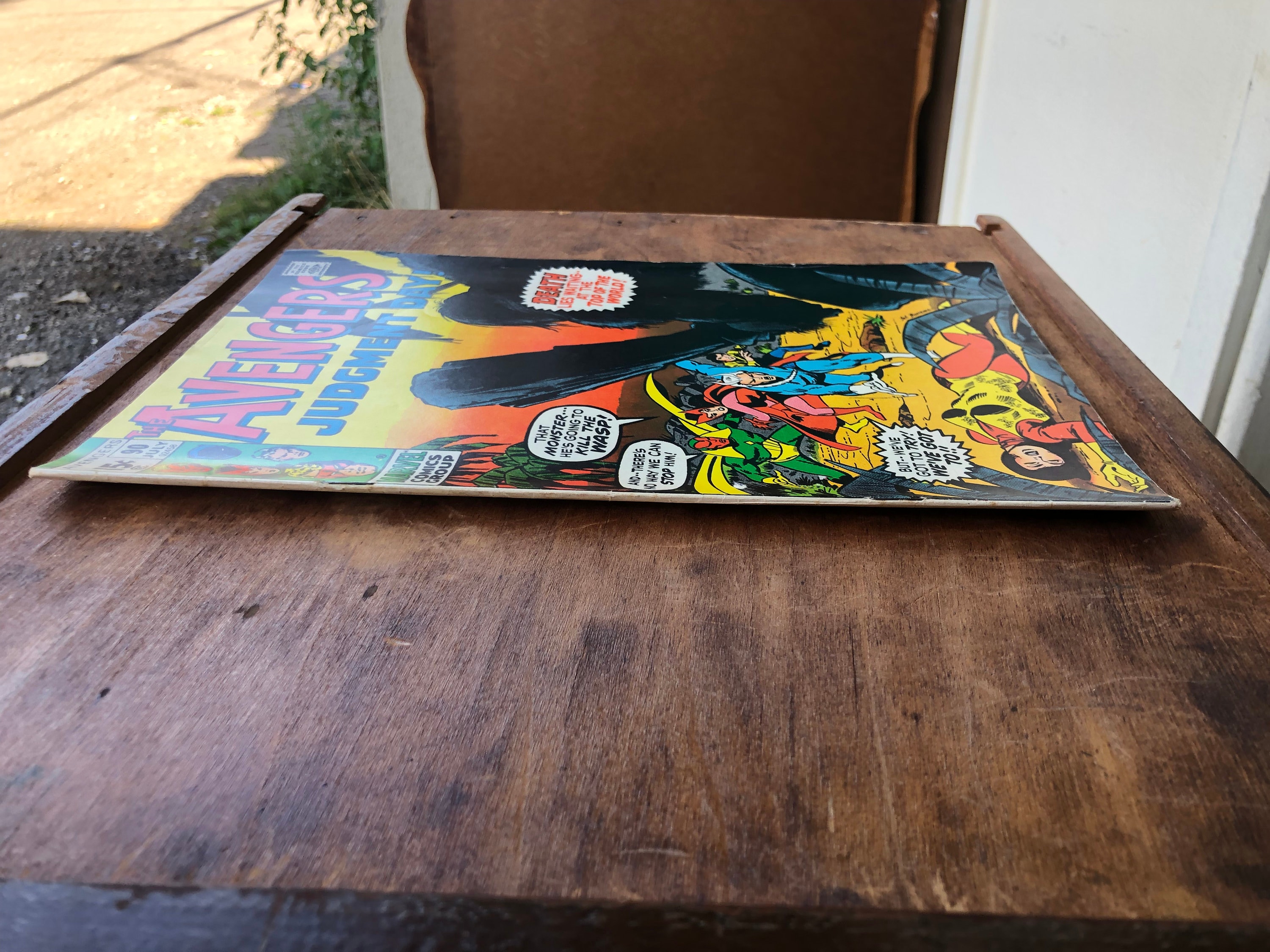 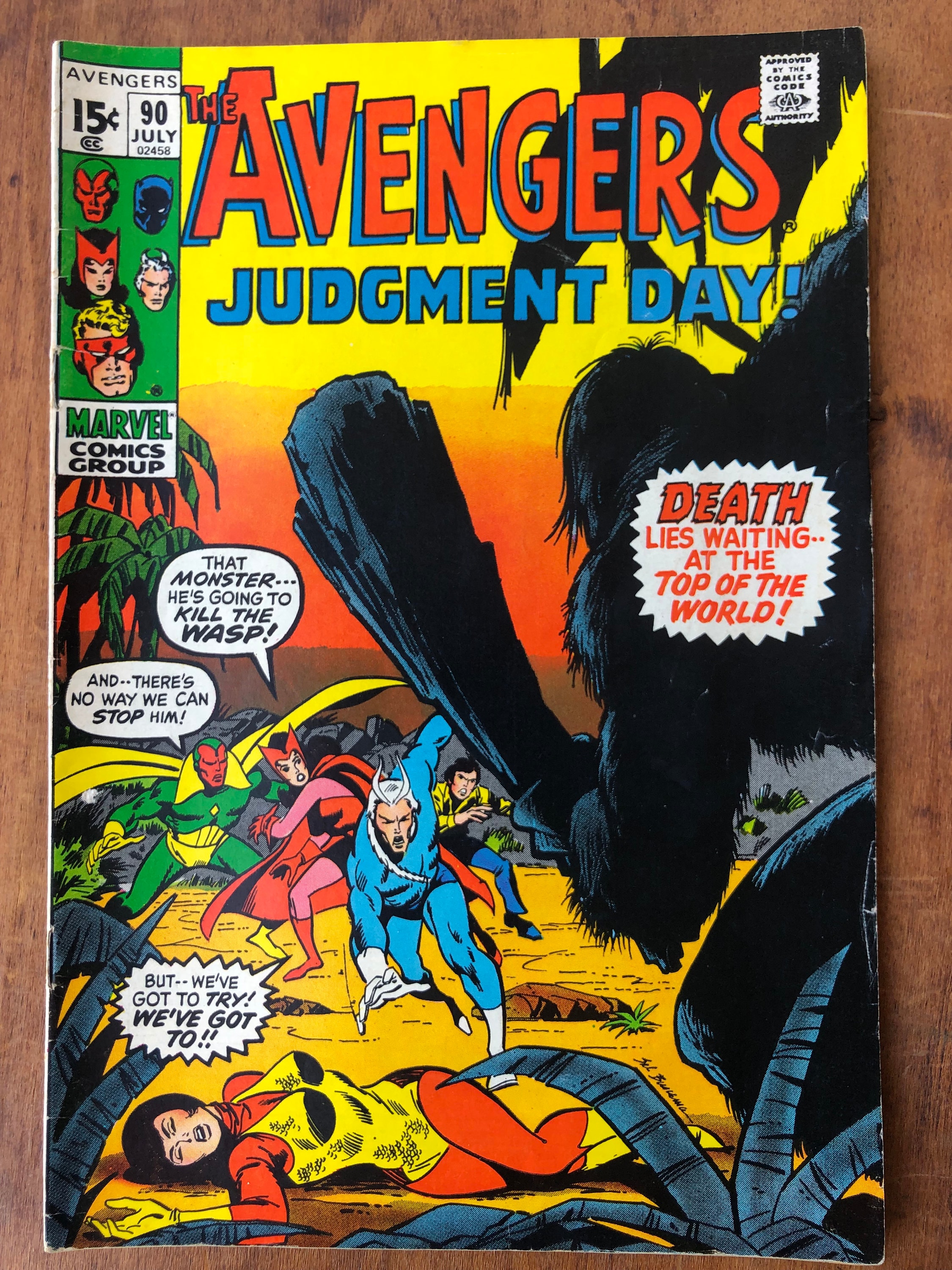 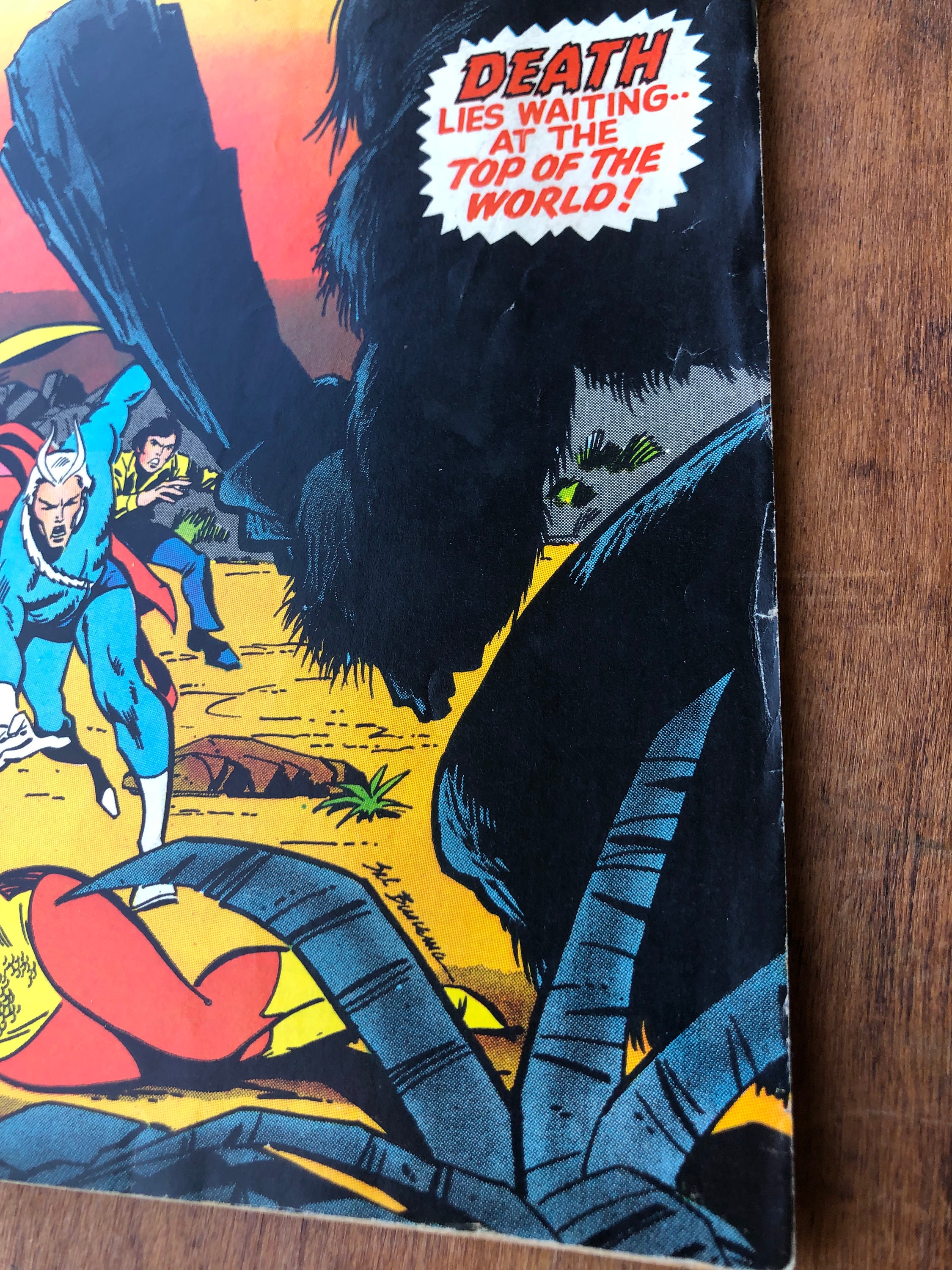 Here is a copy of The Avengers #90- July 1971
It is in used condition.
See pics for condition.

JUDGMENT DAY
Continuing from last issue, Ronan the Accuser has reactivated the Kree Sentry on Earth to kill the weakened Captain Marvel. Tracking Mar-Vell to the Cape Kennedy hospital, the Sentry ends up in a battle against the Scarlet Witch, Quicksilver and the Vision. During the battle, the Sentry's mission changes, to capture Mar-Vell and initiate plan Atavus, the Avengers prove no match for the Sentry and it manages to teleport away with Mar-Vel as its prisoner. Reporting the incident to Carol Danvers, the Avengers make their leave to search for Mar-Vell. Along the way, Rick Jones explains the history of the Kree Sentry they just battled. How it was brought to Earth by early Kree explorers, and was accidentally awaken in modern times by the Fantastic Four, which caused the Kree to become interested in Earth once more. Rick also explains the story of Mar-Vell's arrival on Earth and subsequent bonding with himself.

Soon the three Avengers and Rick return to Avengers Mansion where they receive a call from Goliath asking them to join him in answering a distress call made by the Wasp. Meanwhile in Alaska, Goliath finds the Wasp, alone, who explains that while she and Yellowjacket were exploring the Arctic Circle, they came across a strange tropical island. Summoning one of the island's prehistoric insects, they attempt to ride closer until they start to feel strange. Yellowjacket then knocks out the Wasp and orders it back, when she came around she found that Yellowjacket sent her away.

Goliath charges in to search the strange forest and finds many strange prehistoric creatures. He is attacked by Ronan and the Sentry, and stunned unconscious. When the other three Avengers (and Rick) catch up, they discover that the Sentry has managed to turn Goliath into its slave. When fighting breaks out The Wasp tries to take on Goliath, but he knocks her out. She is soon found by Yellowjacket, who has been de-evolved into a primate.