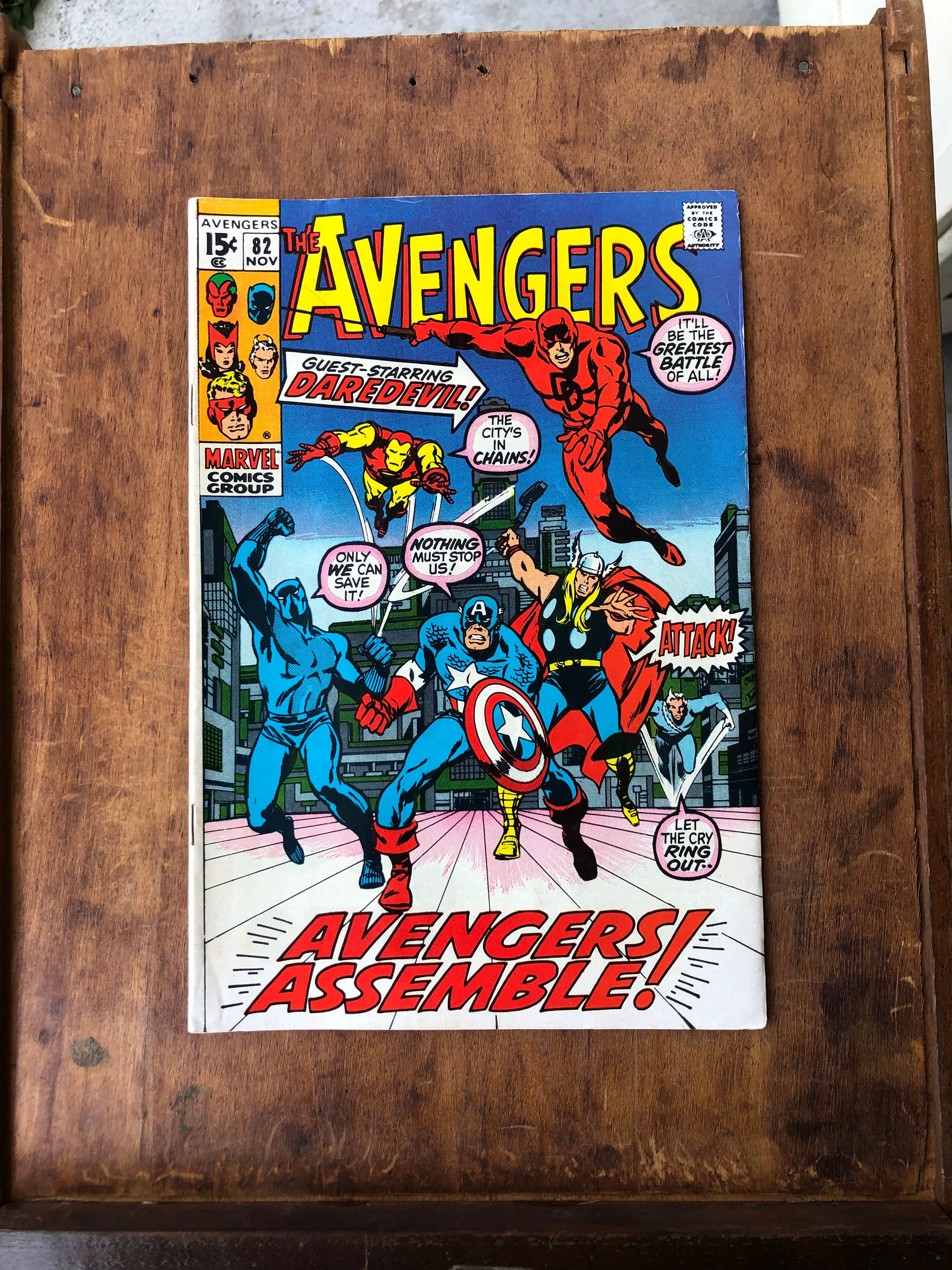 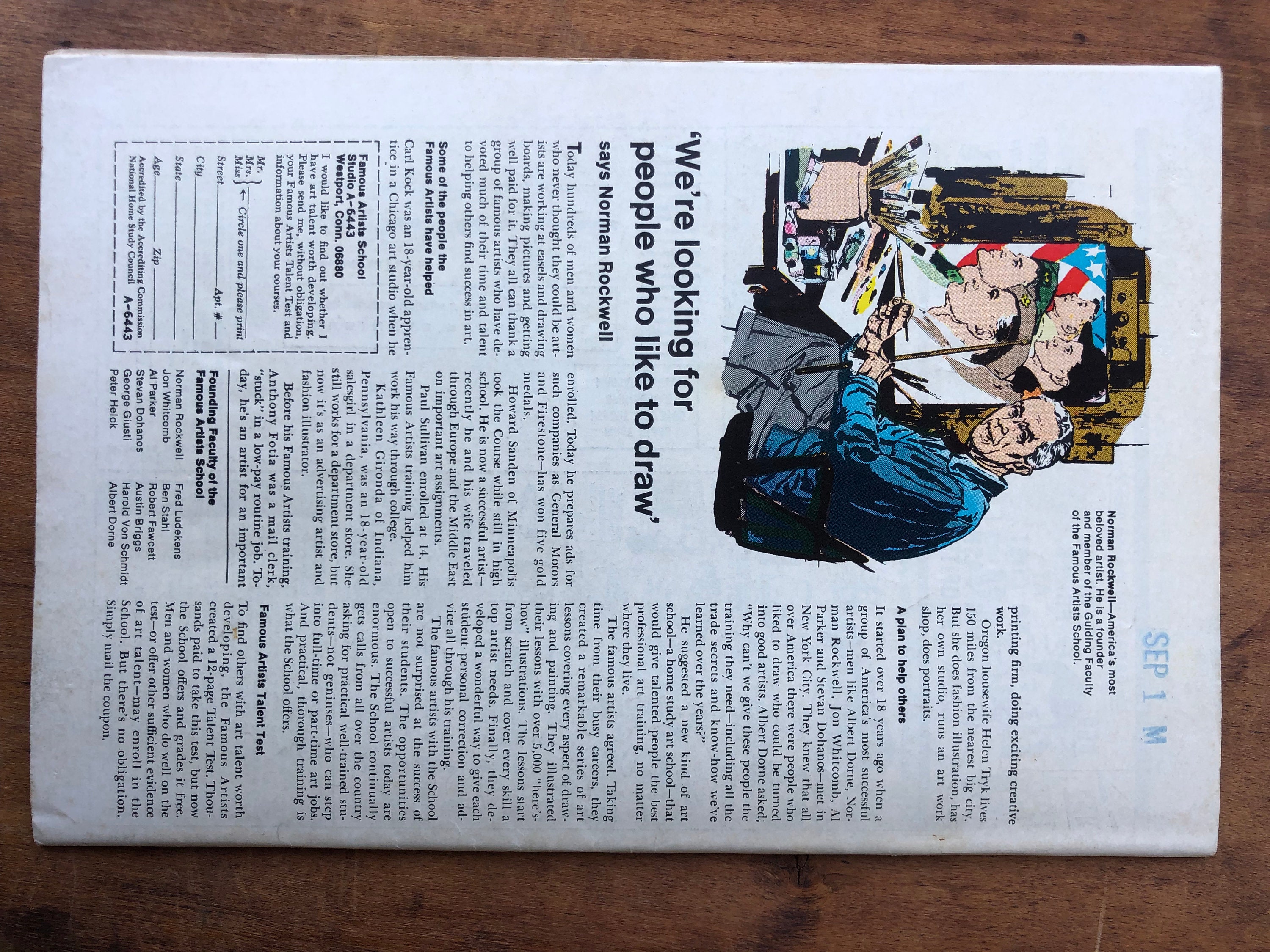 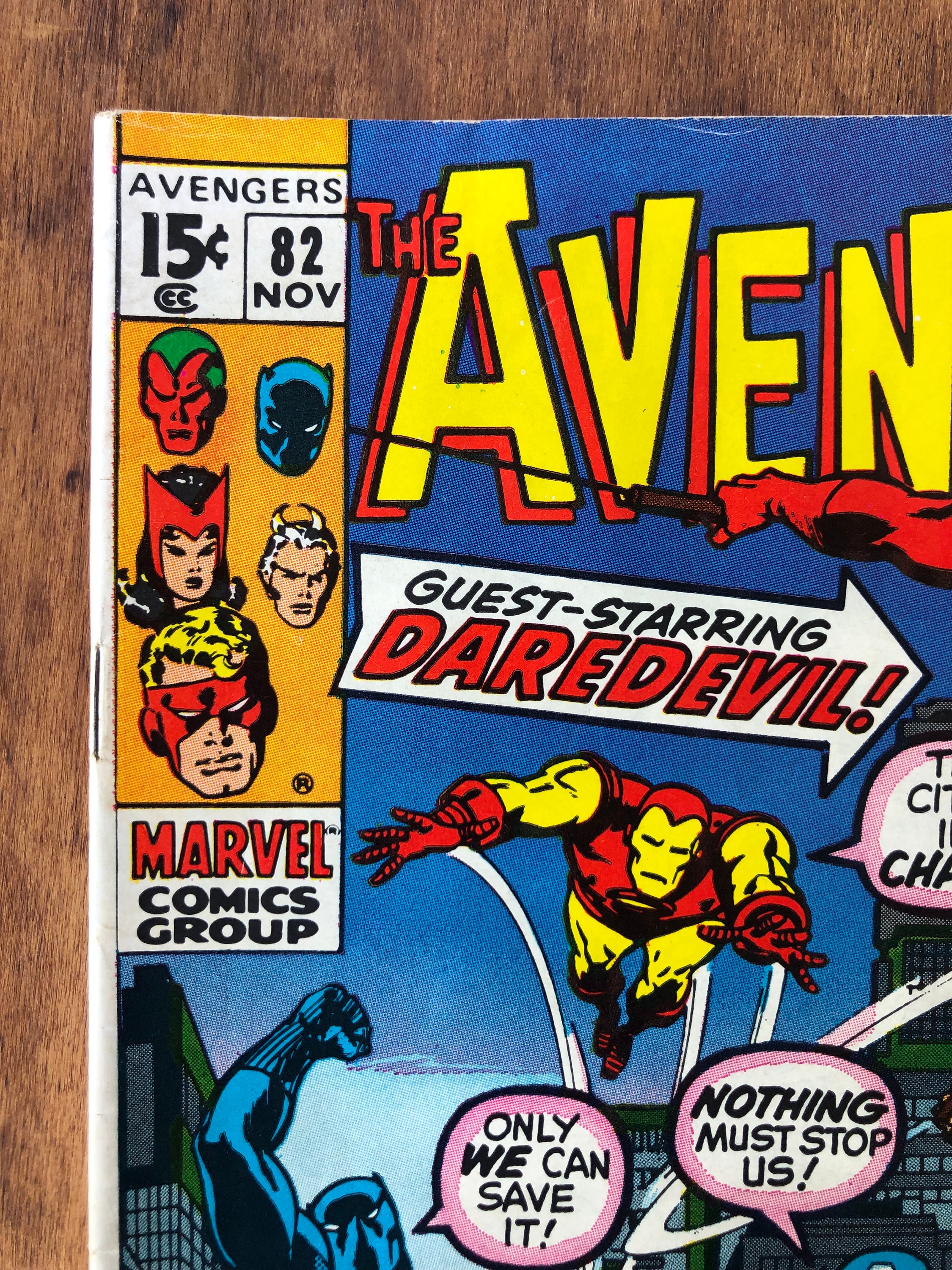 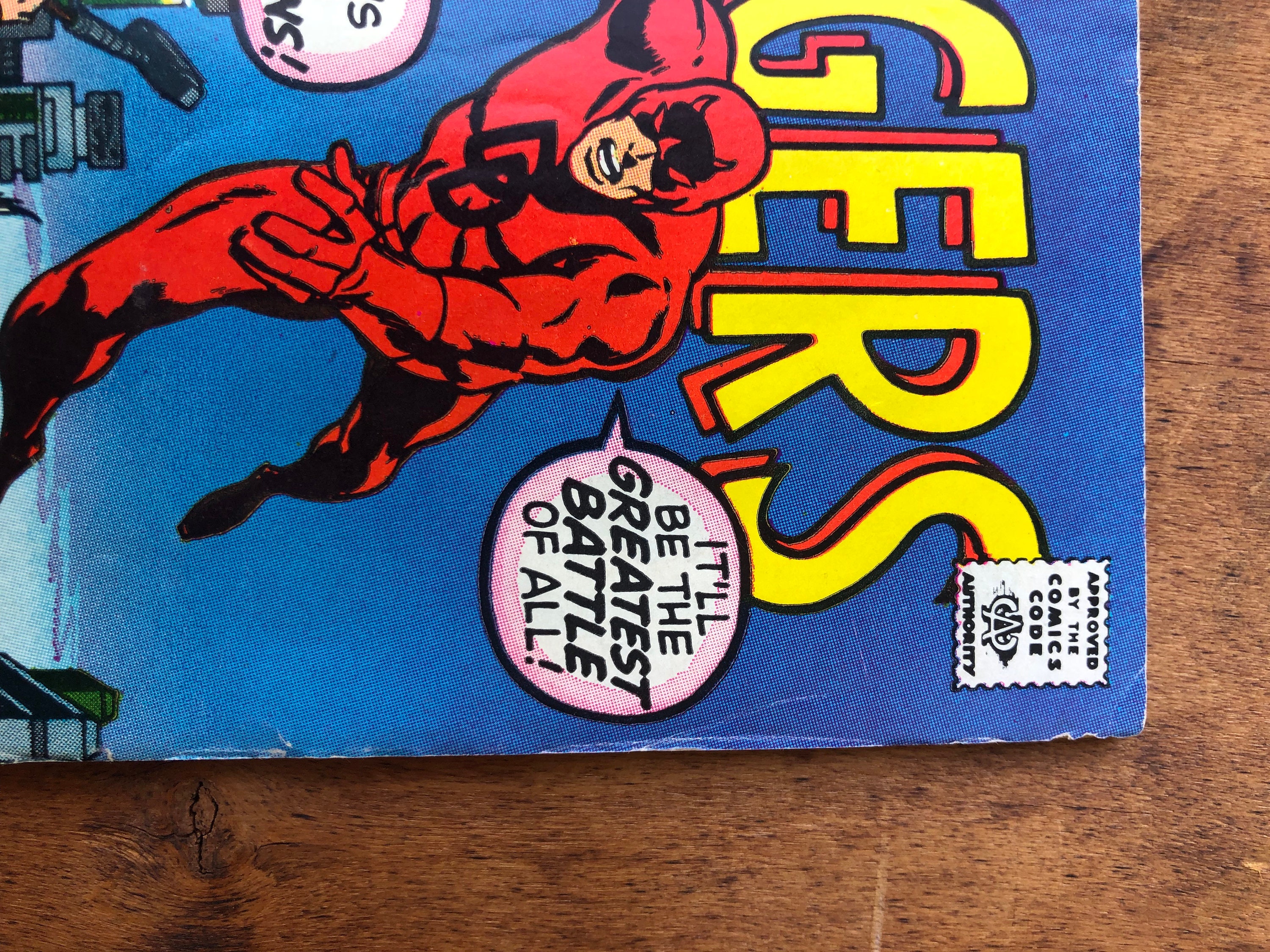 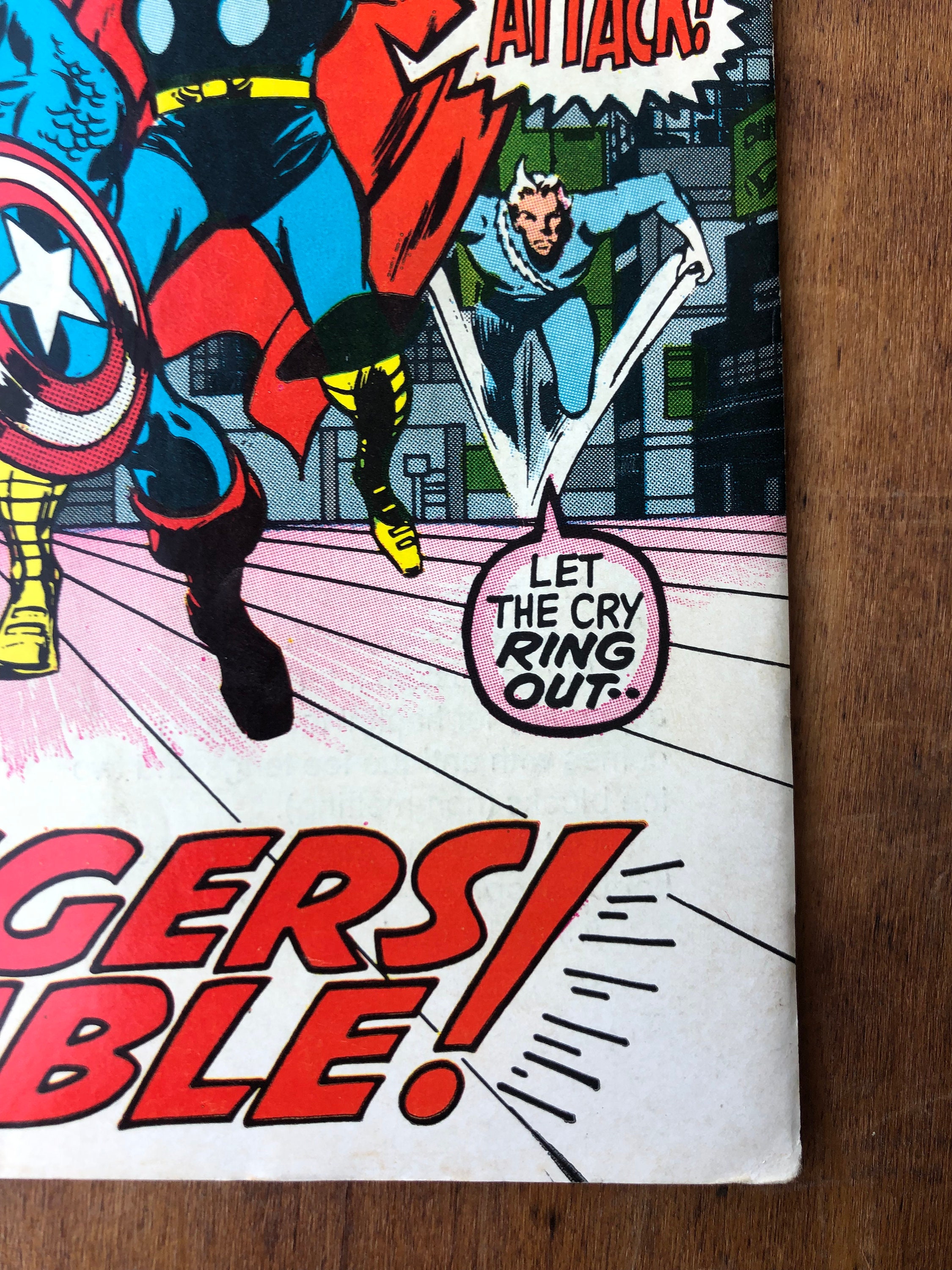 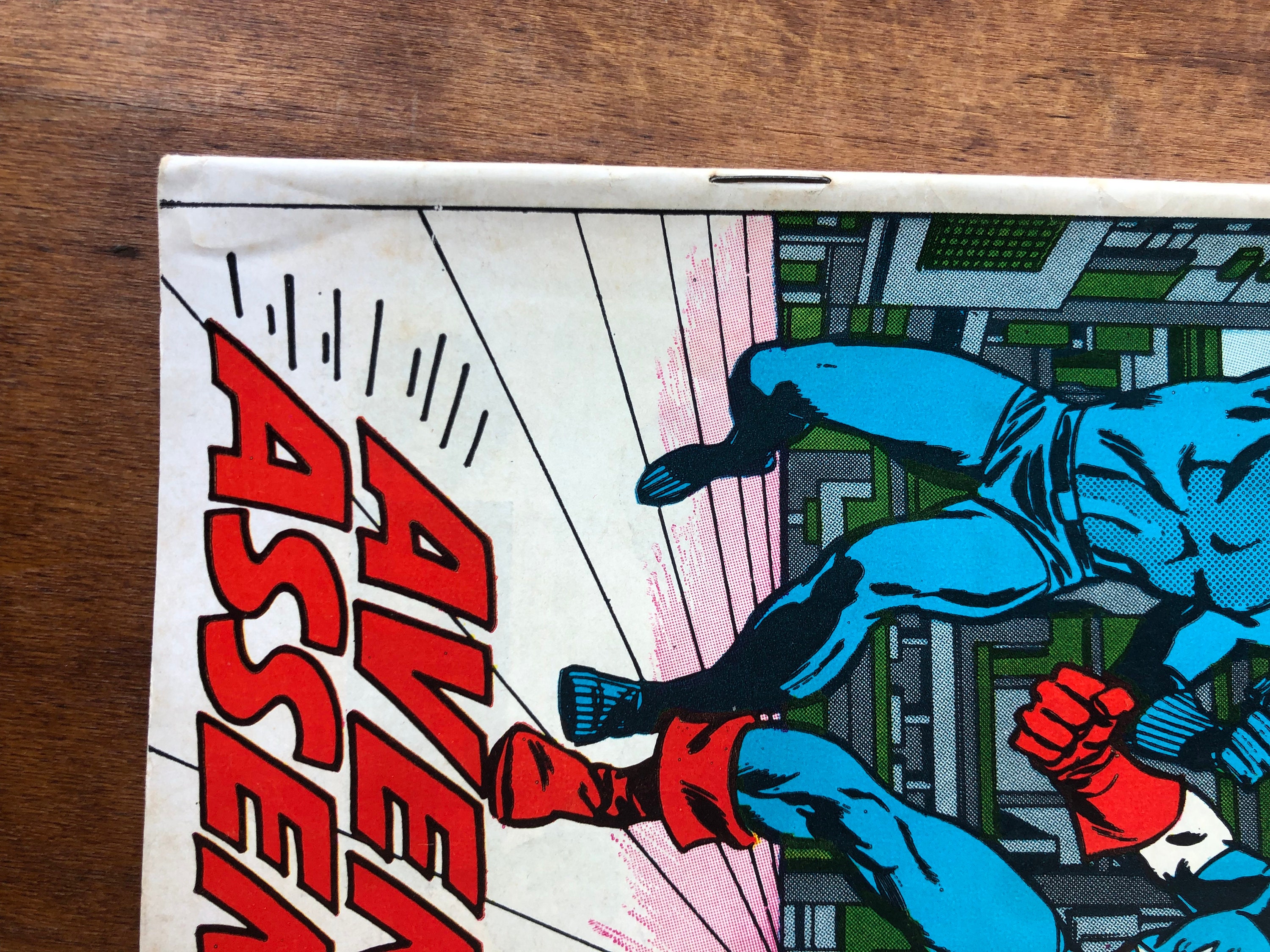 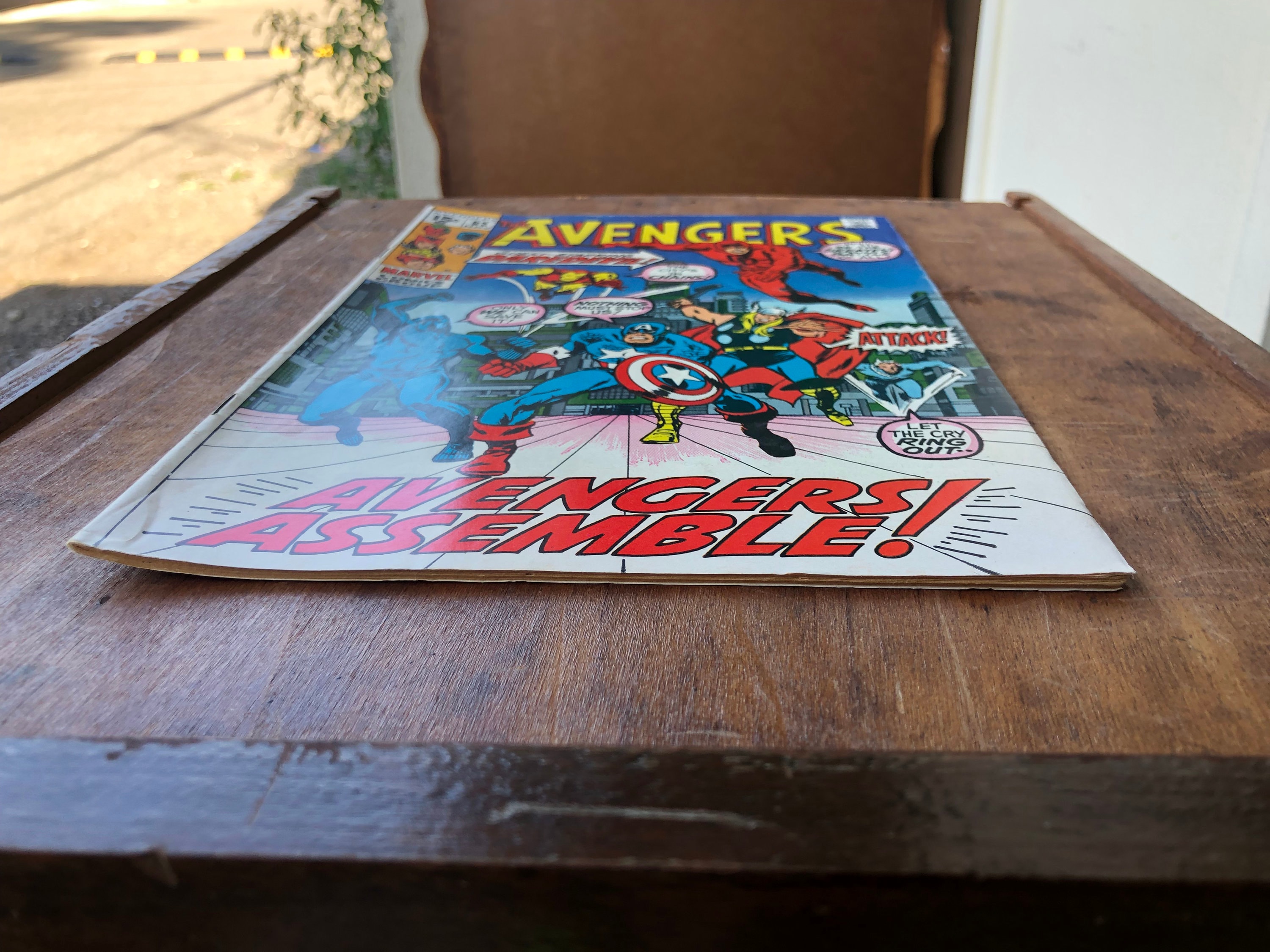 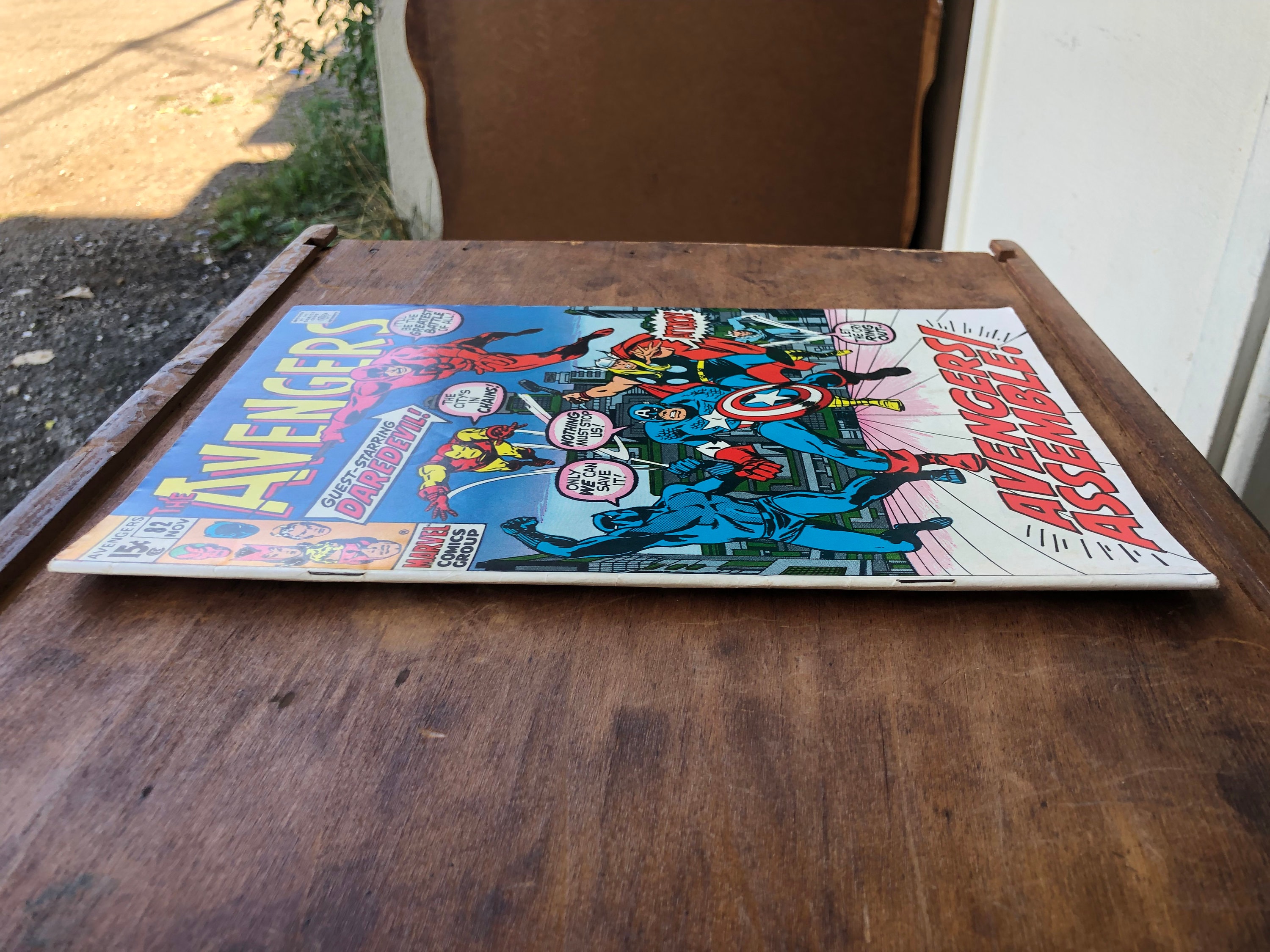 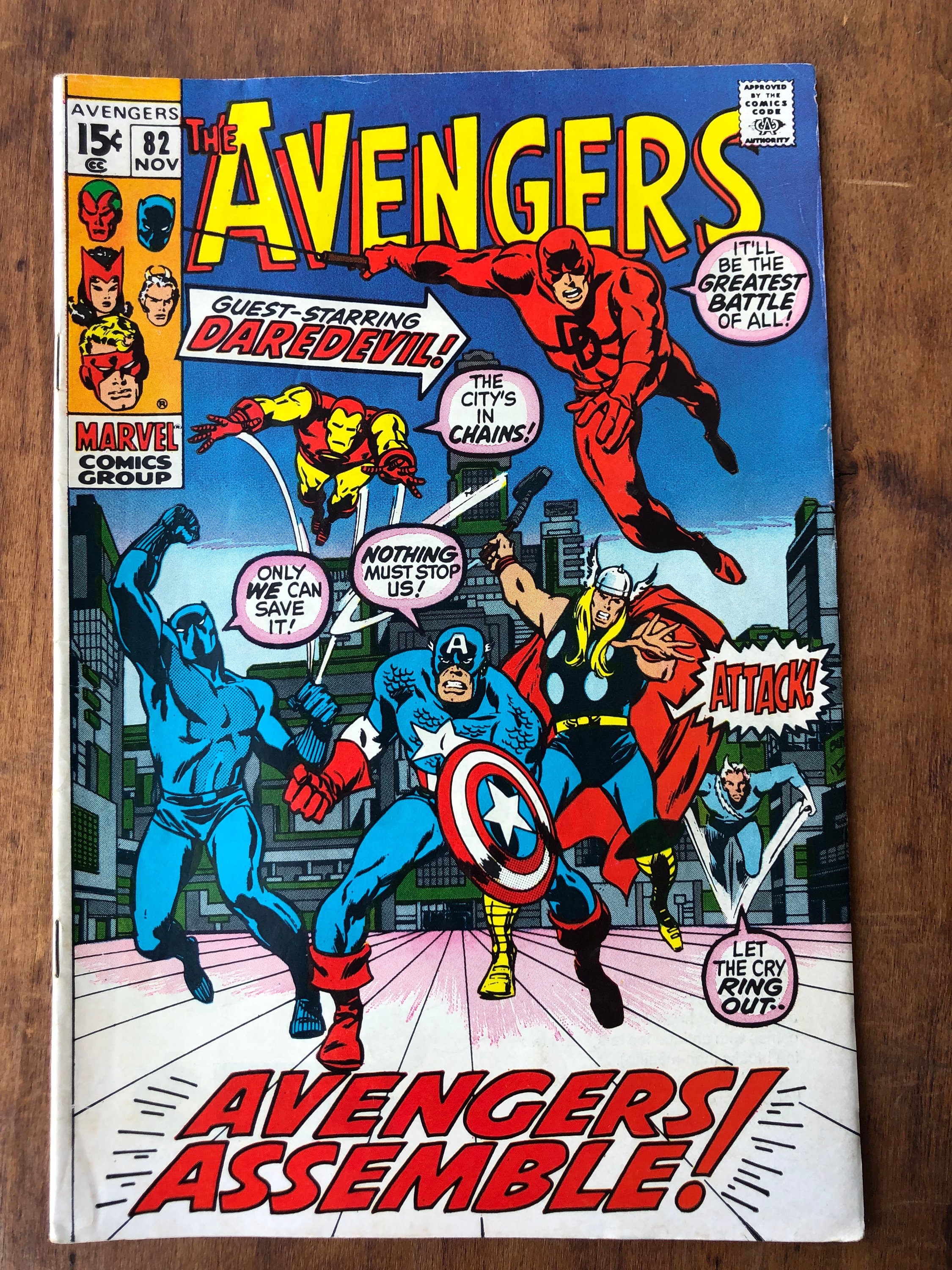 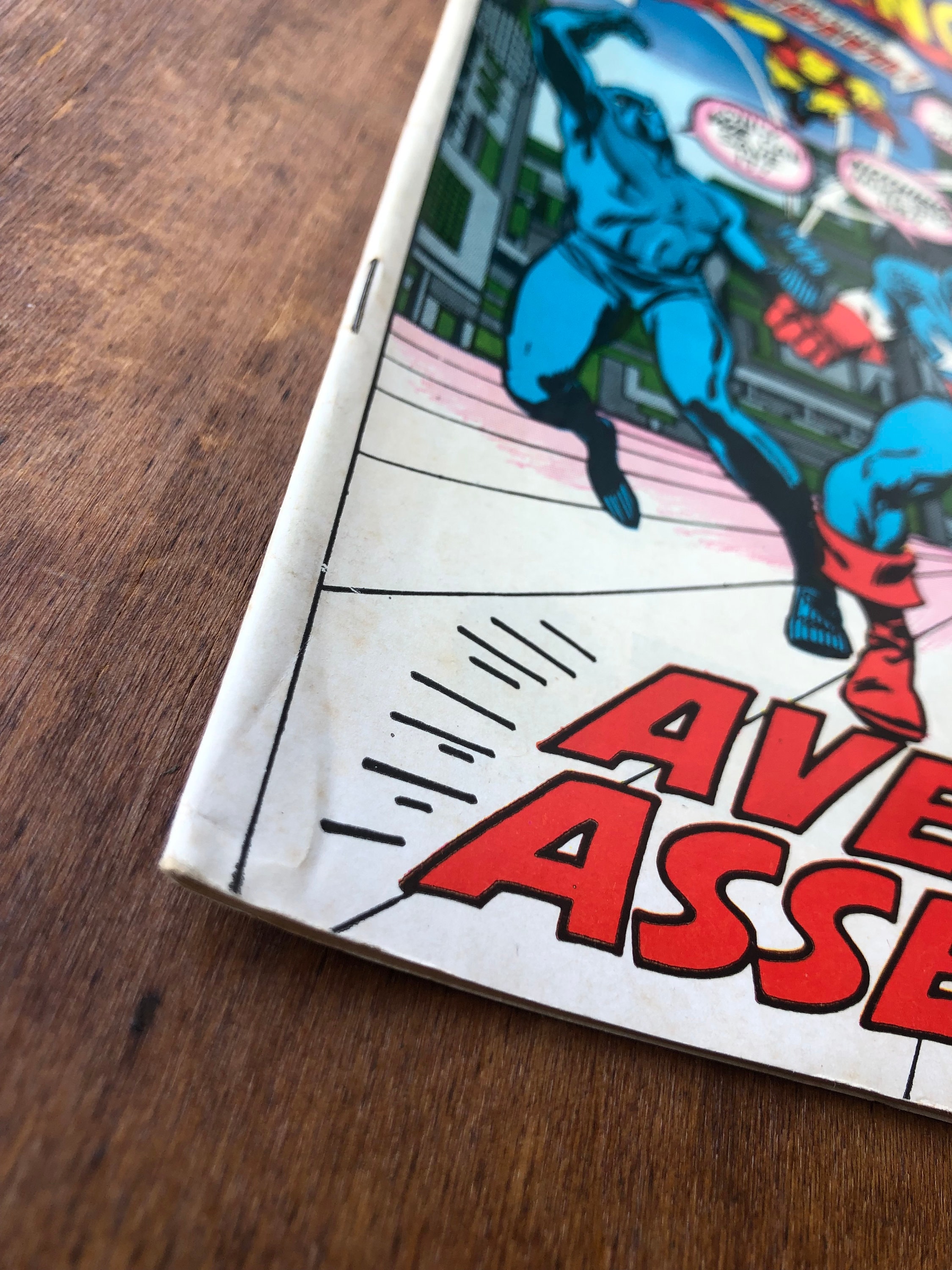 Here is a copy of The Avengers #82- November 1970
It is in used condition.
See pics for condition.


HOSTAGE
The entire city of New York has been captured and is being ransomed for a billion dollars by the Zodiac member named Aries and his private army. He has successfully captured Captain America, Thor, Iron Man, and Quicksilvers and most of most of New York's other heroes are unable to get into action to fight off Aries' army. With Vision, Goliath, and Scarlet Witch stuck in New Jersey, the only remaining Avenger that is free is the Black Panther.

The Panther seeks out the only ally he has, Matt Murdock, whom he knows is really the costumed crime-fighter known as Daredevil. Helping Murdock fight off a group of Aries' private militants, the two team up to save the city. Tracking down Aries to his secret lair, the two heroes are unable to match the power unleashed by the Zodiac Key which Aries is harnessing as a weapon and the two heroes are forced to retreat.

The next day, the people of New York are herded to Madison Square Gardens to witness the execution of the captured Avengers. There, in his civilian guise of Matt Murdock, Daredevil incites a riot by rallying the people against Aries and his army. The riot is quickly broken up and Murdock is taken to Aries to be executed as well. Murdock uses this as a means to get close enough to the Avengers to free them using his radar sense and firing a cable line from his billy club.

With the Avengers free, they make quick work of the militants, but Aries escapes to set the forcefield keeping New York hostage to close in itself and crush everyone in the city, however this is stopped by the magic power of Thor's hammer, presumably killing Aries in the process.

With Aries' army rounded up by the US Military, the Avengers and Daredevil return to Avengers Mansion, where the Vision, Goliath, and Scarlet Witch recount their adventure in Arizona. After wrapping up their catch-up session, Daredevil pays his leave to the Avengers.