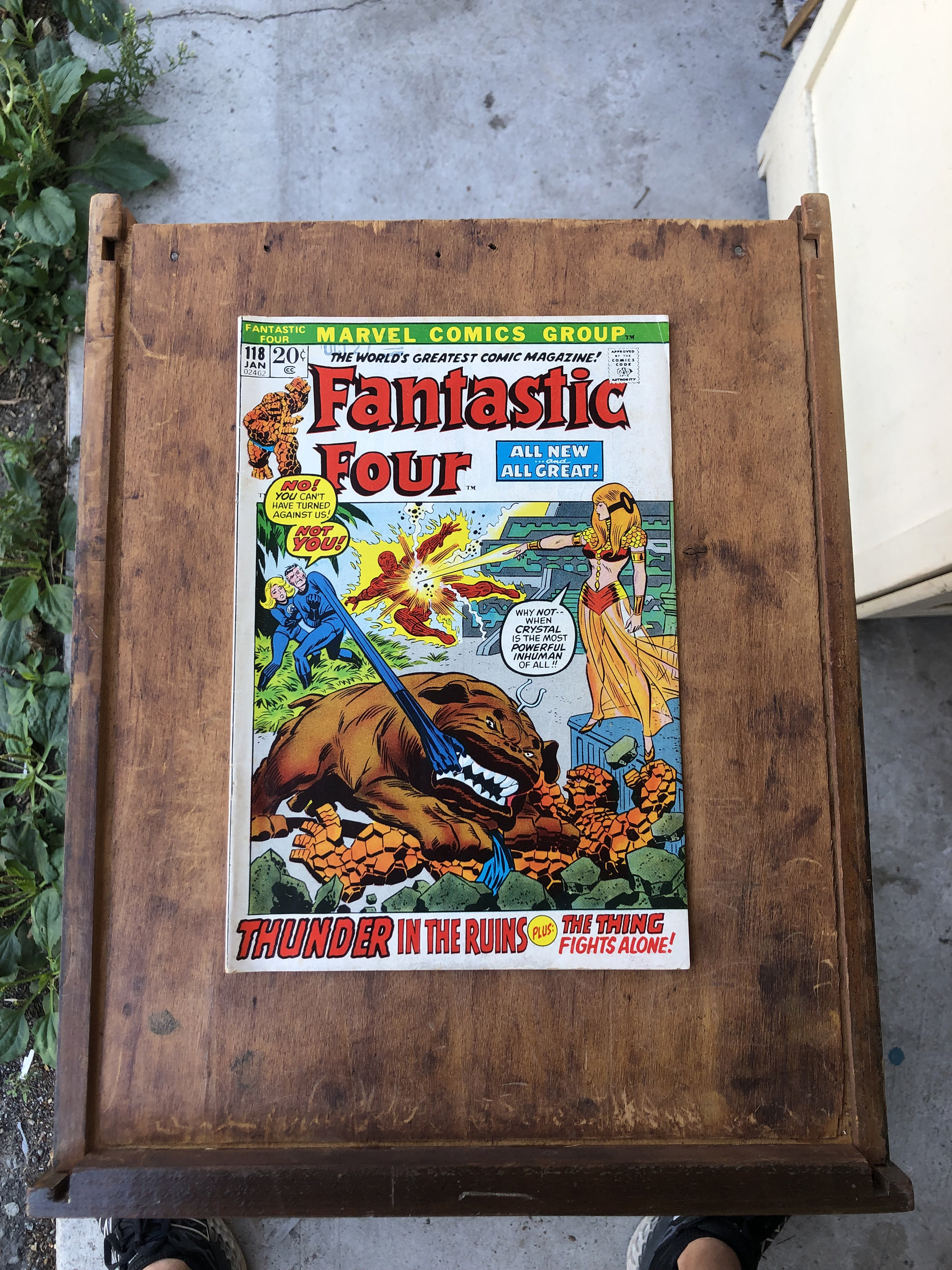 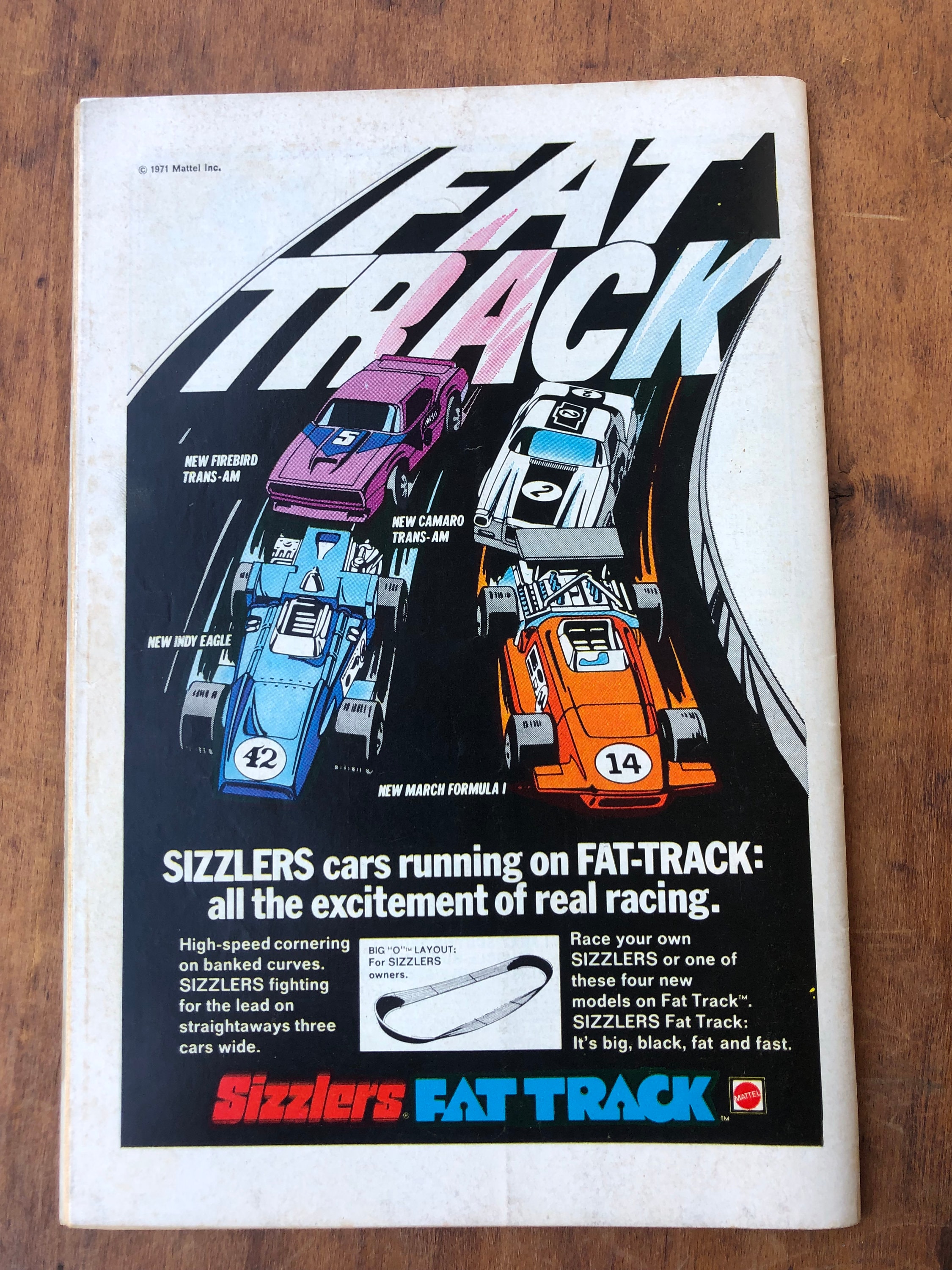 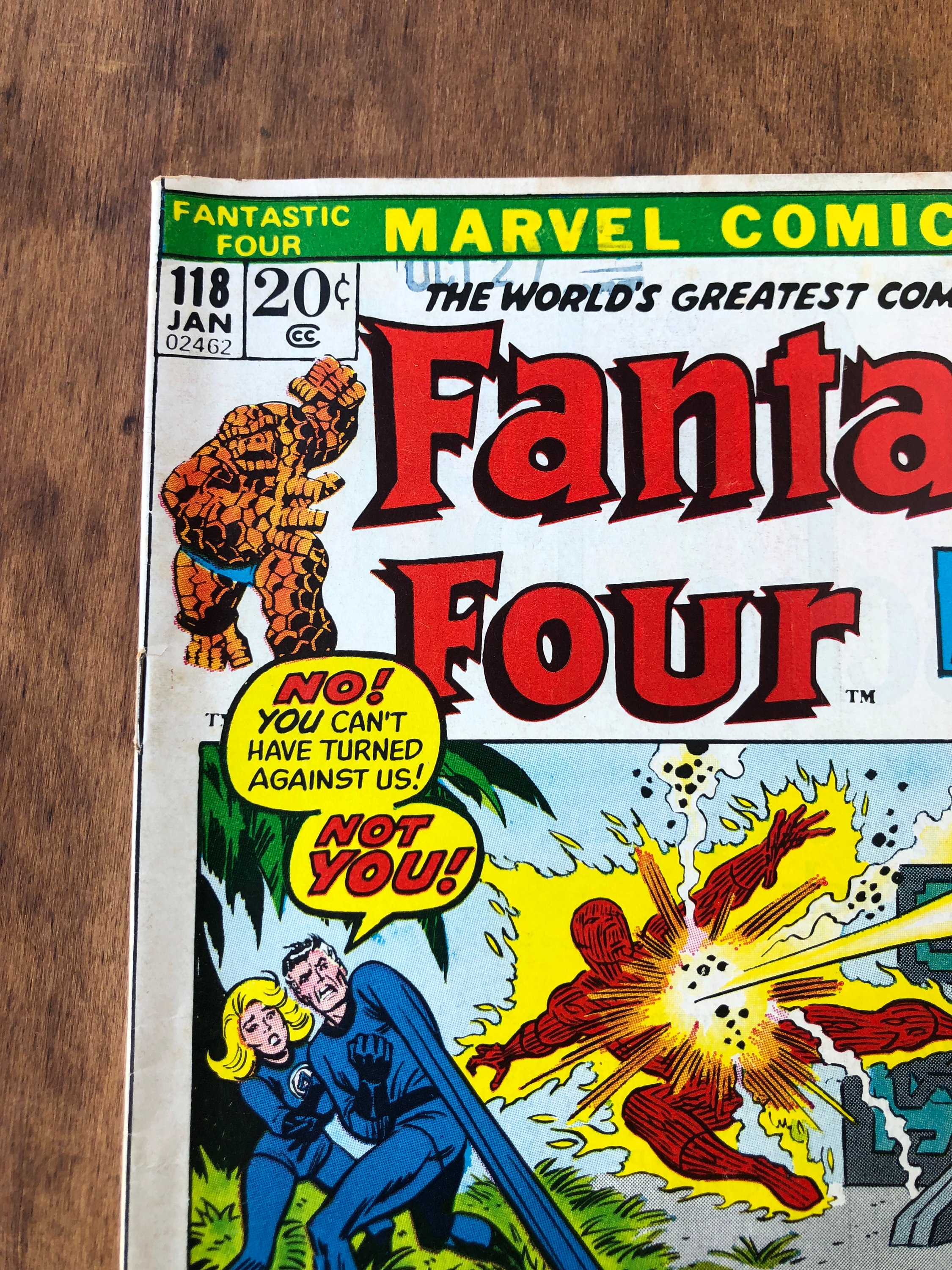 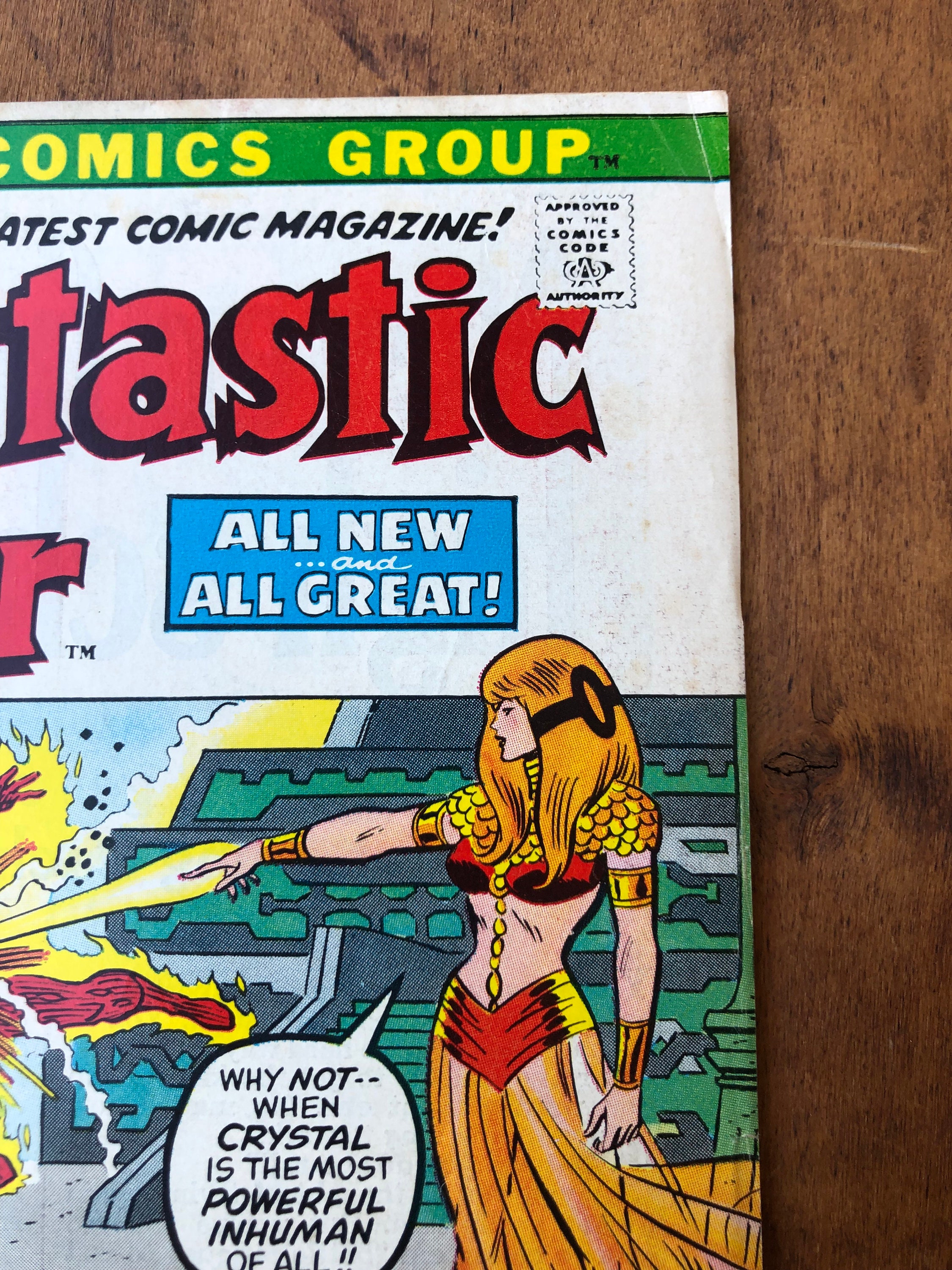 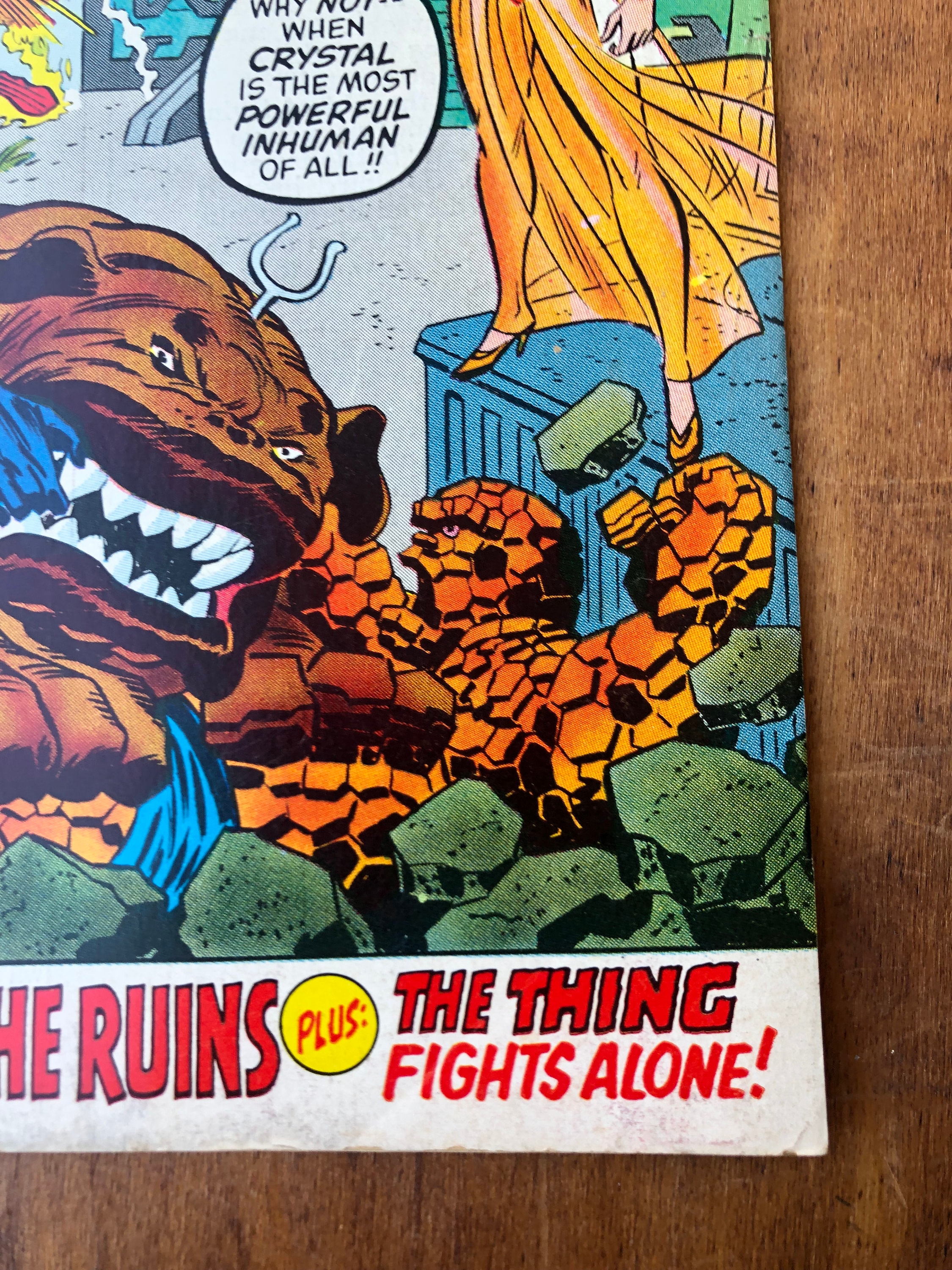 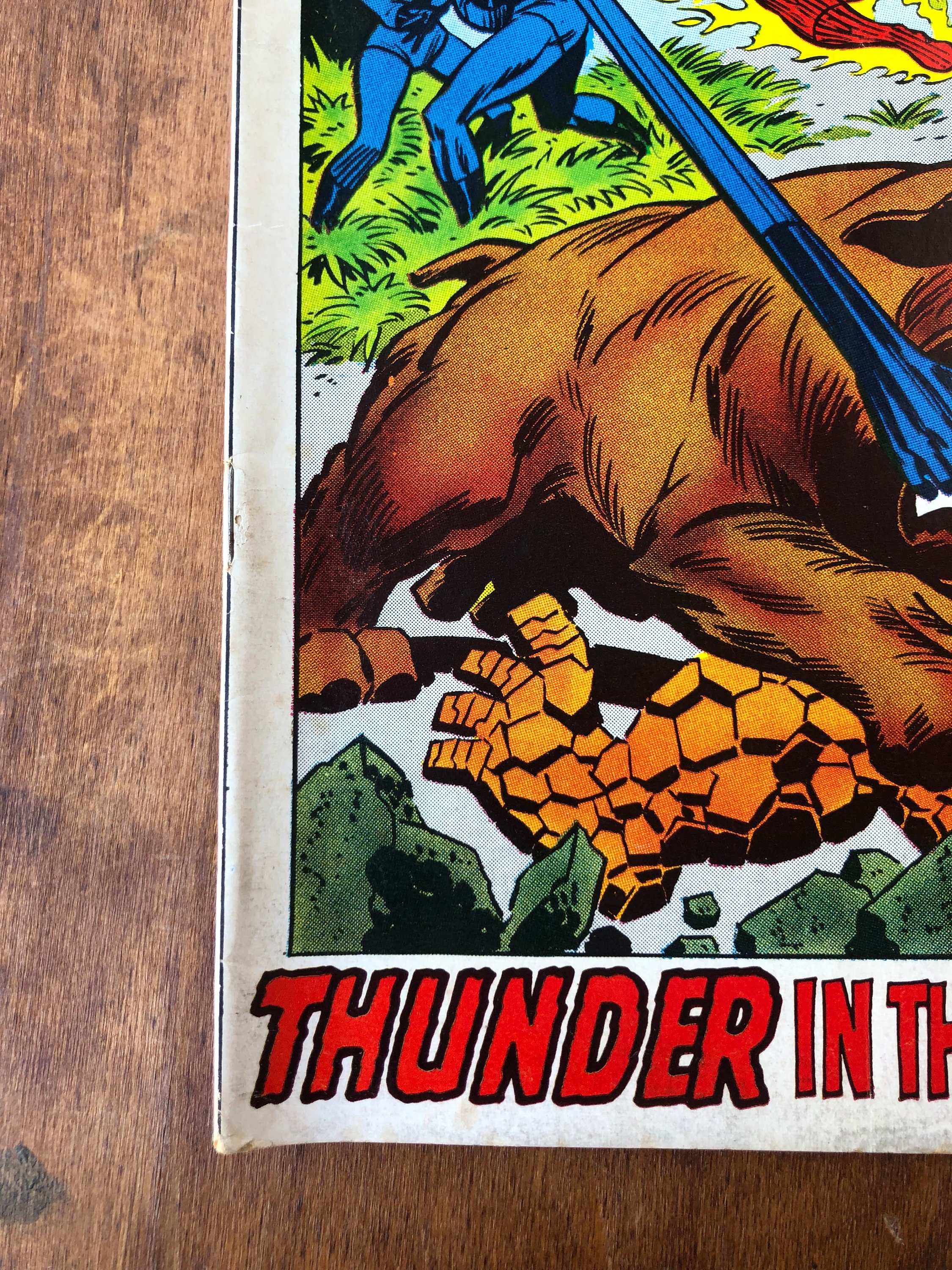 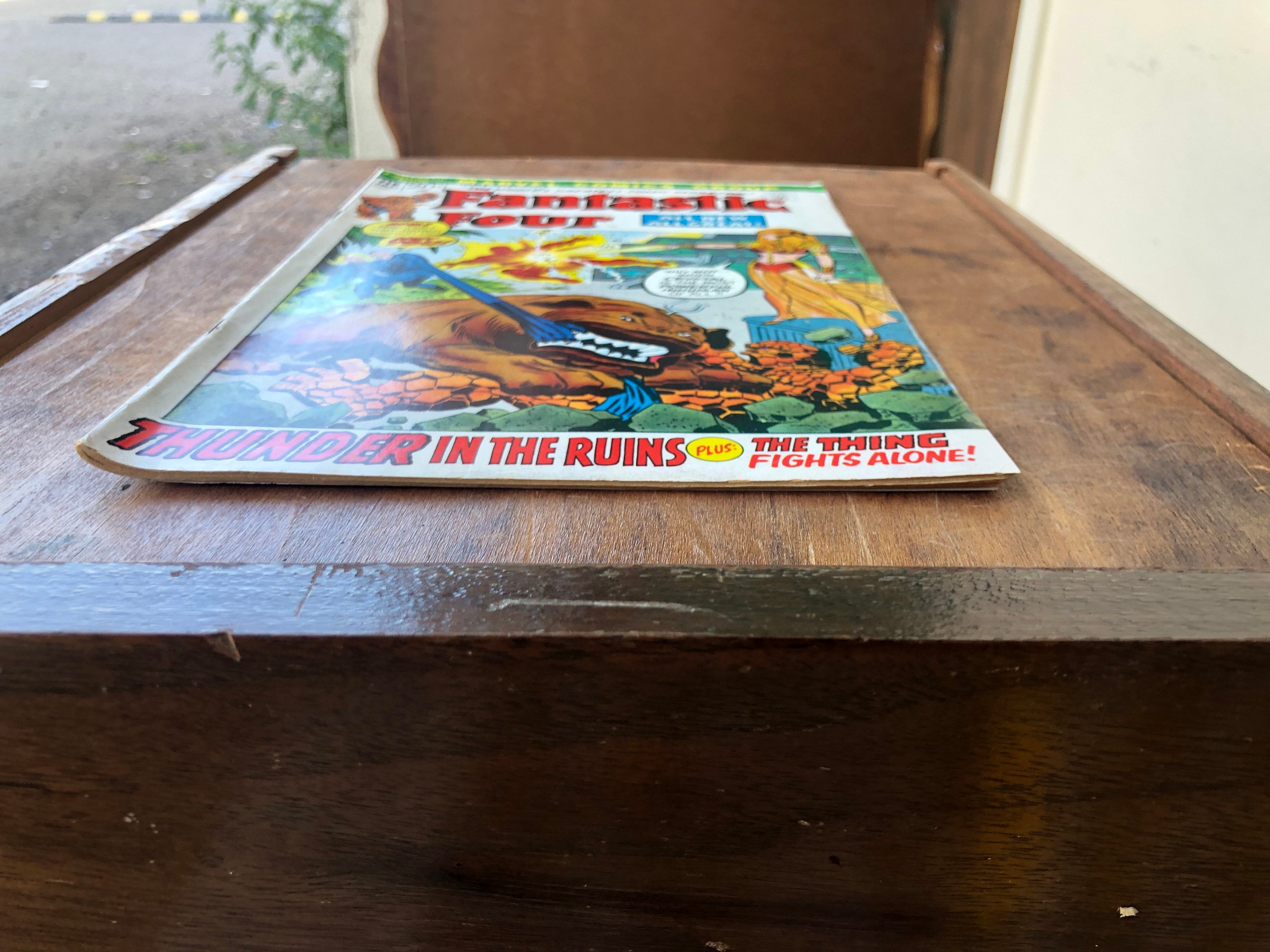 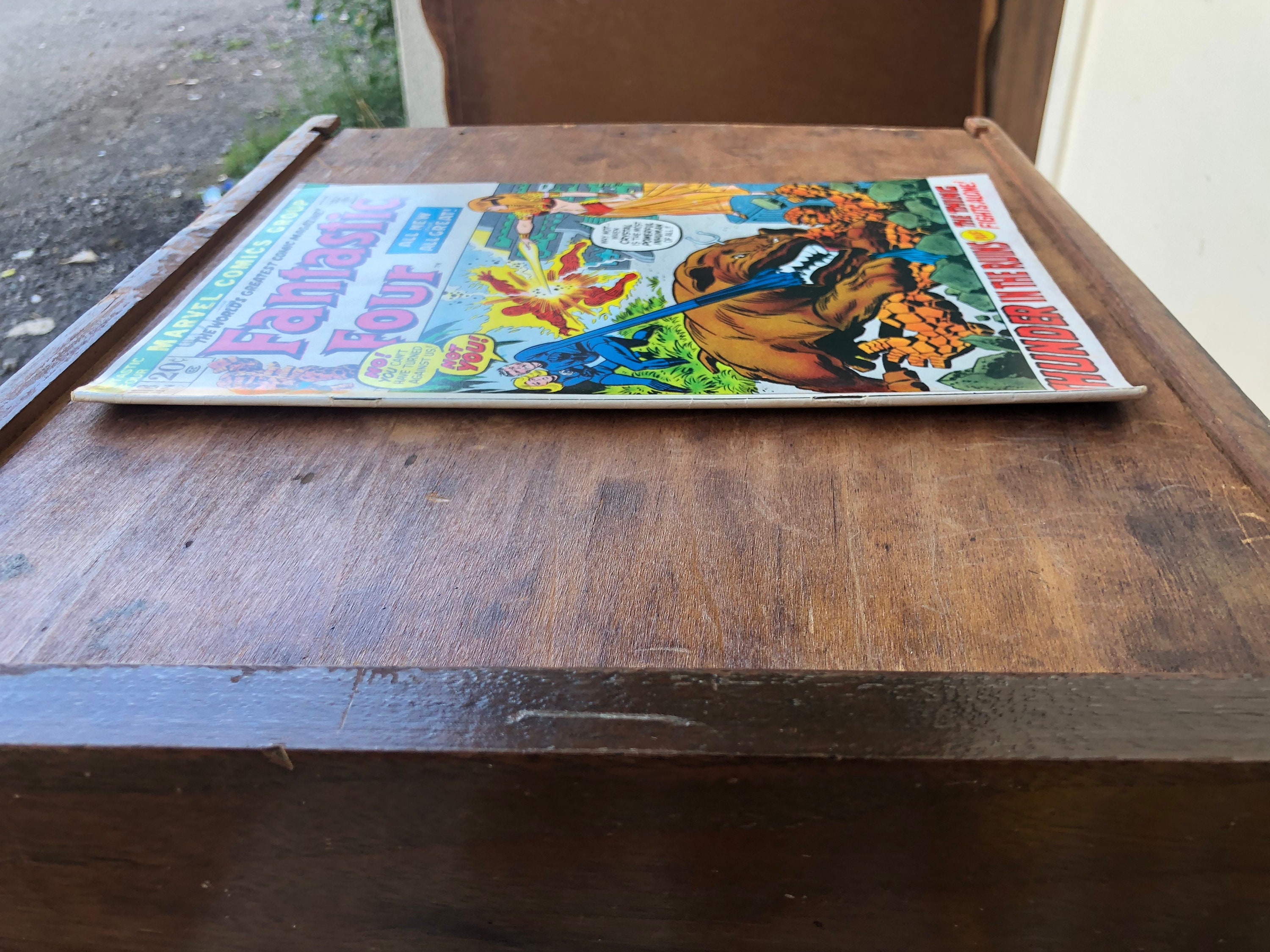 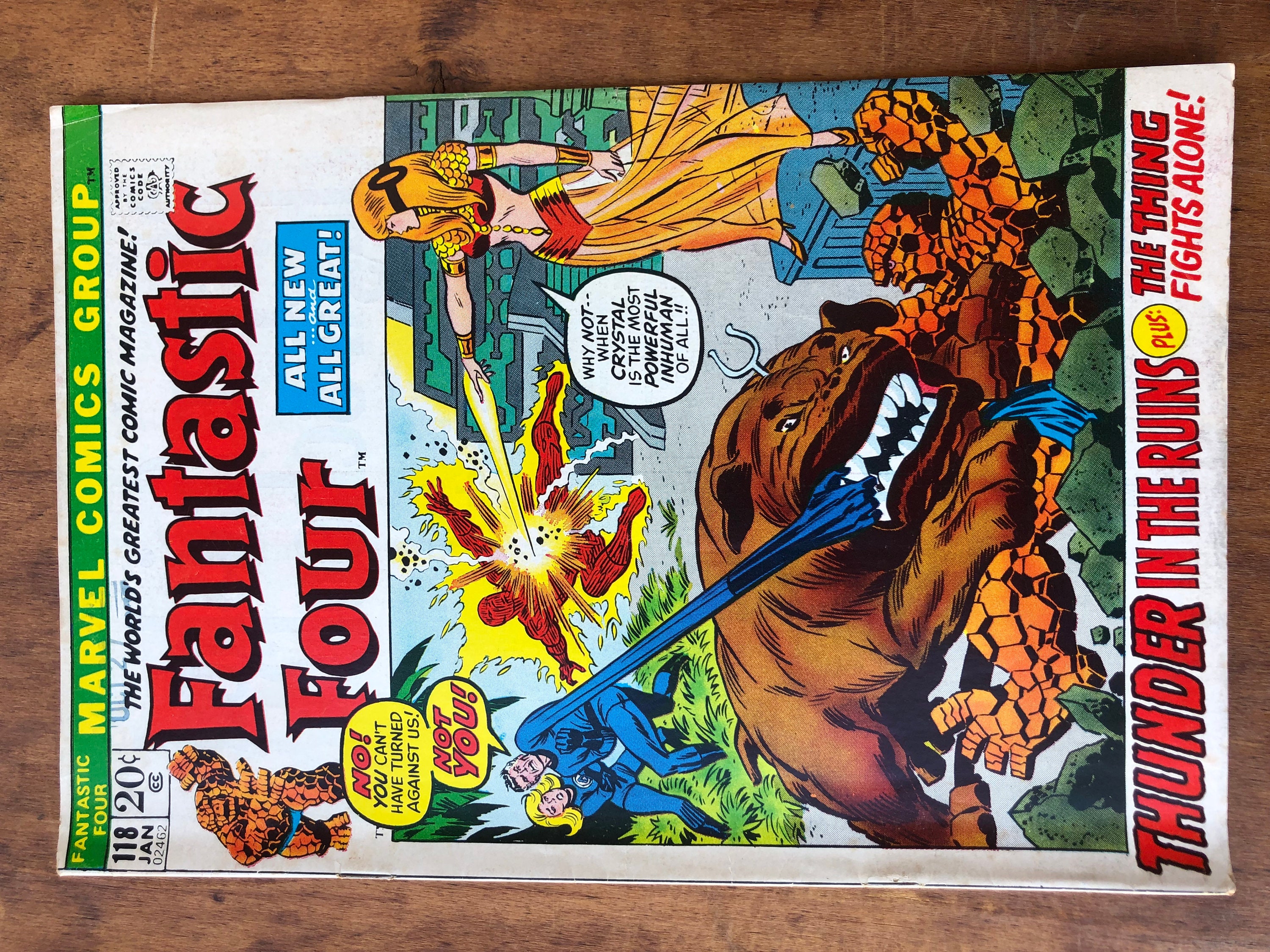 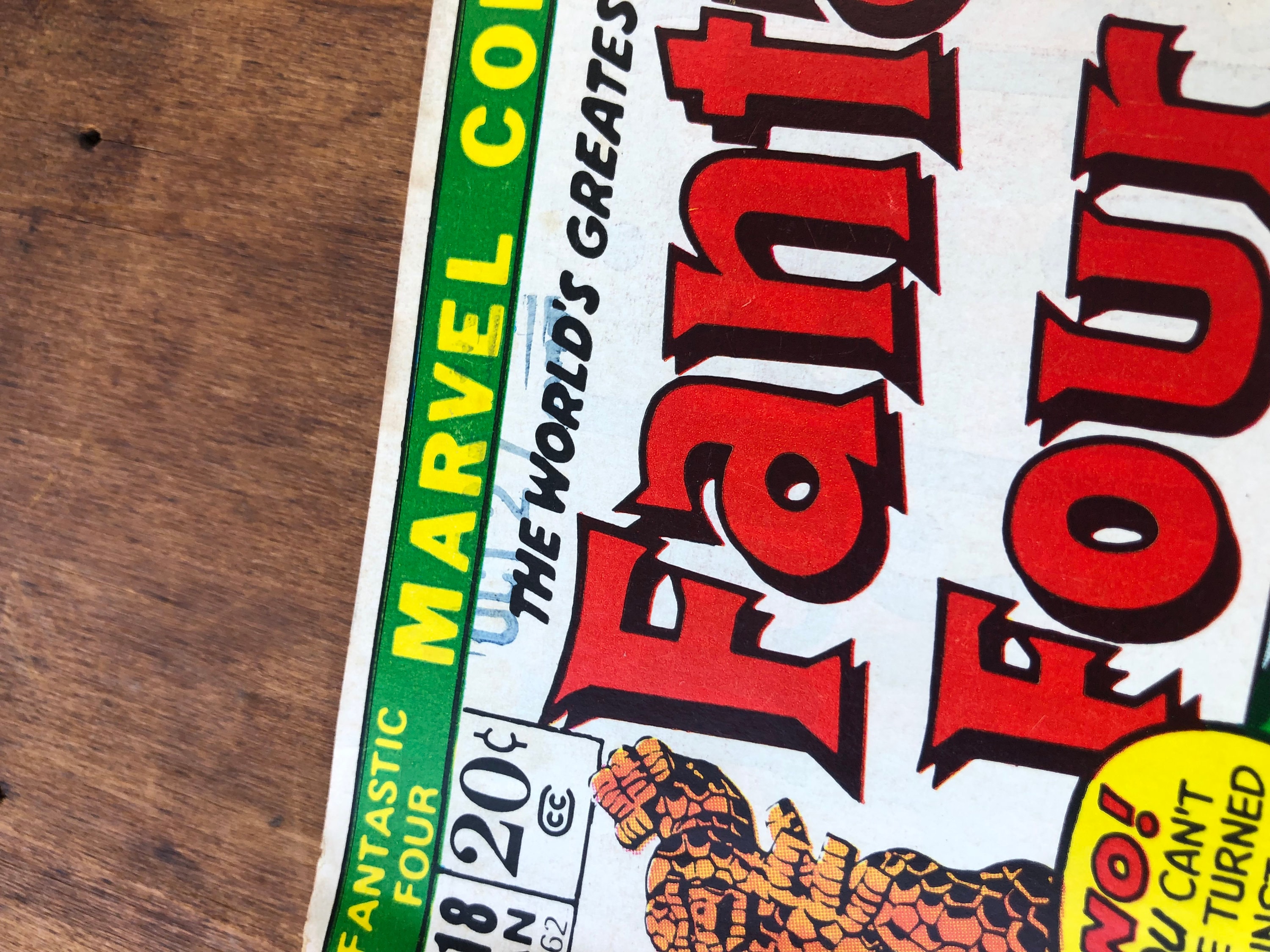 Here is a copy of Fantastic Four #118- January 1972
It is in used condition.
See pics for condition.

THUNDER in the Ruins!
Arriving in time to stop the Terra Verde army from blowing up the Mayan followers under Diablo's rule, Johnny soon finds that Crystal is under his control and believes herself to be the Myan god Ixtel. While Diablo confronts and captures the ruler of Terra Verde.

The other members of the FF arrive and help Johnny in his fight to free Crystal from Diablo's control. During the fight, Thing battles Lockjaw and the two are transported away. As the battle rages on a squabble between Diablo and Terra Verde's ruler causes an explosion in the Myan temple when a chemical Diablo is working on is knocked over. The explosion seemingly kills Diablo, and frees Crystal from his control. Ben returns and tells the others they wouldn't believe where he'd been, and Crystal tells Johnny she must depart again in order to fight to free the Hidden Land from Maximus' rule.