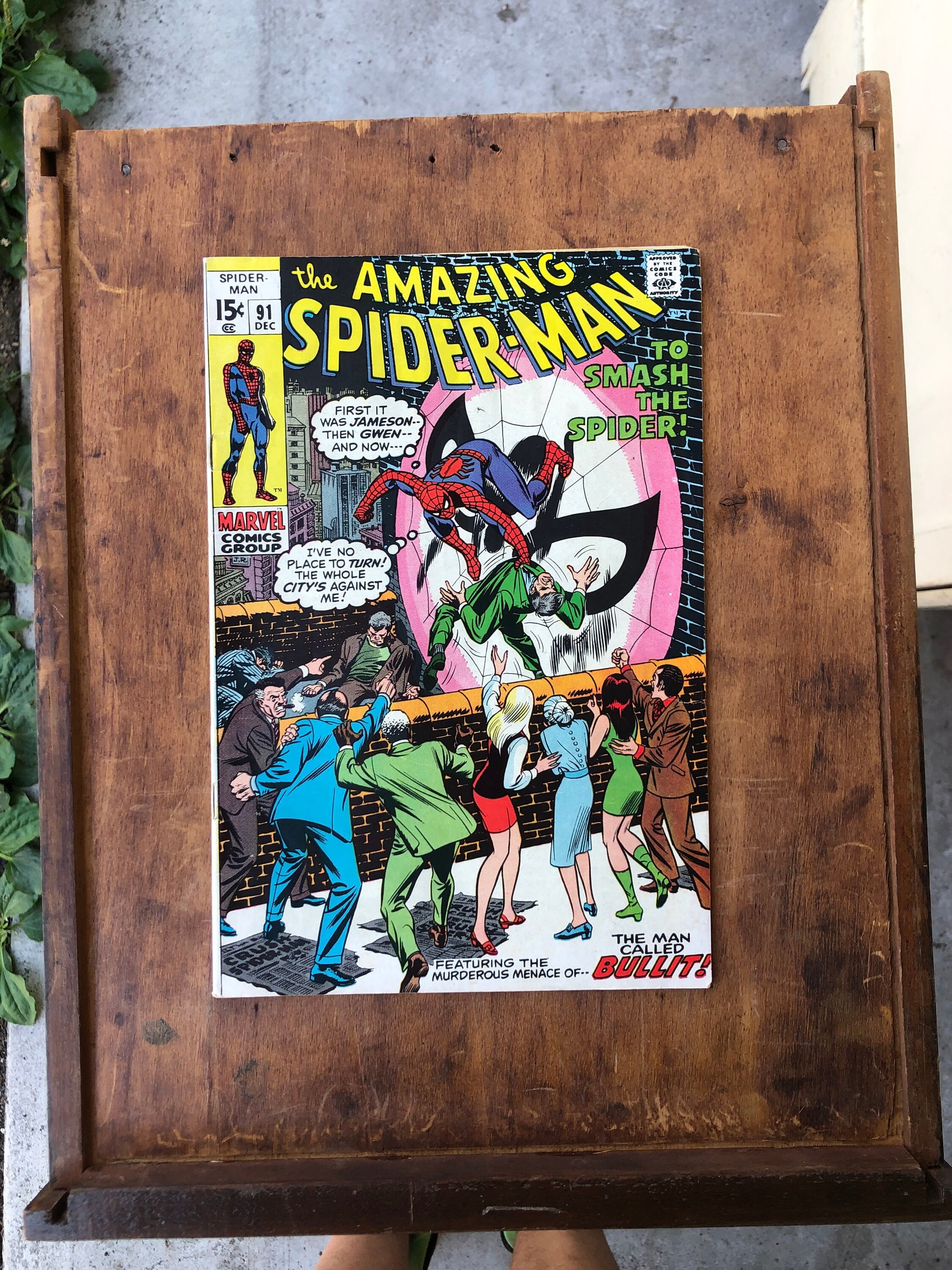 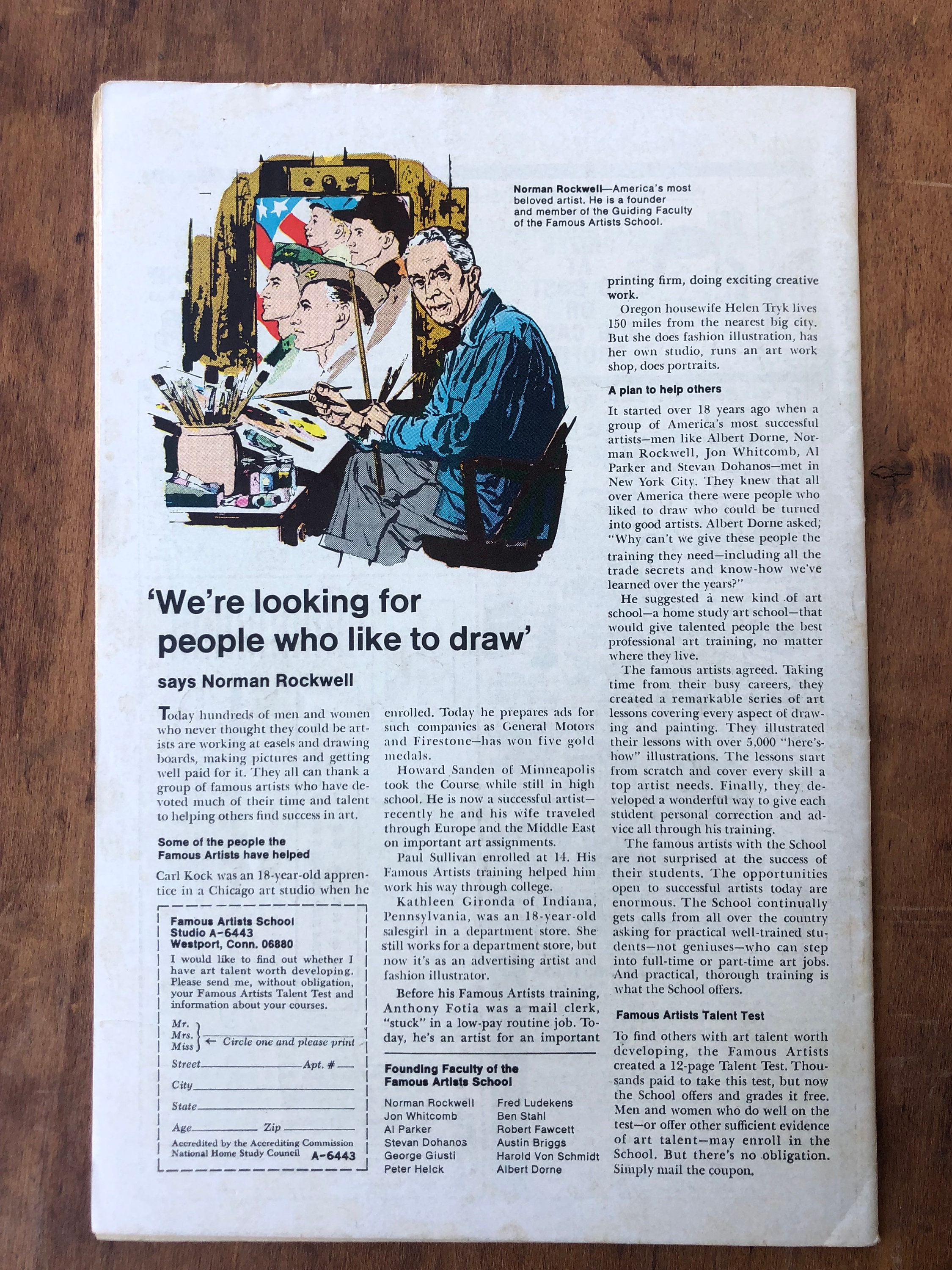 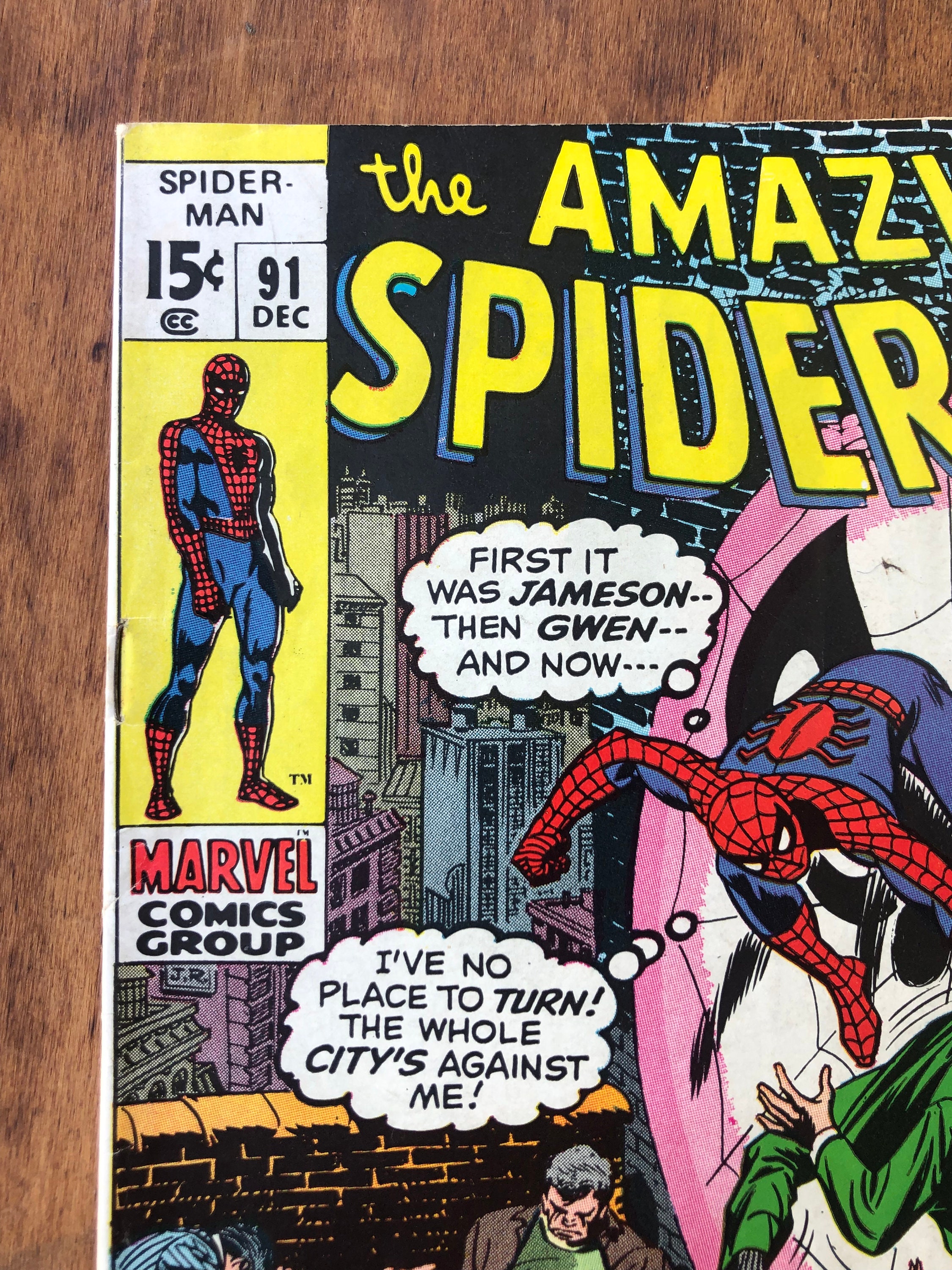 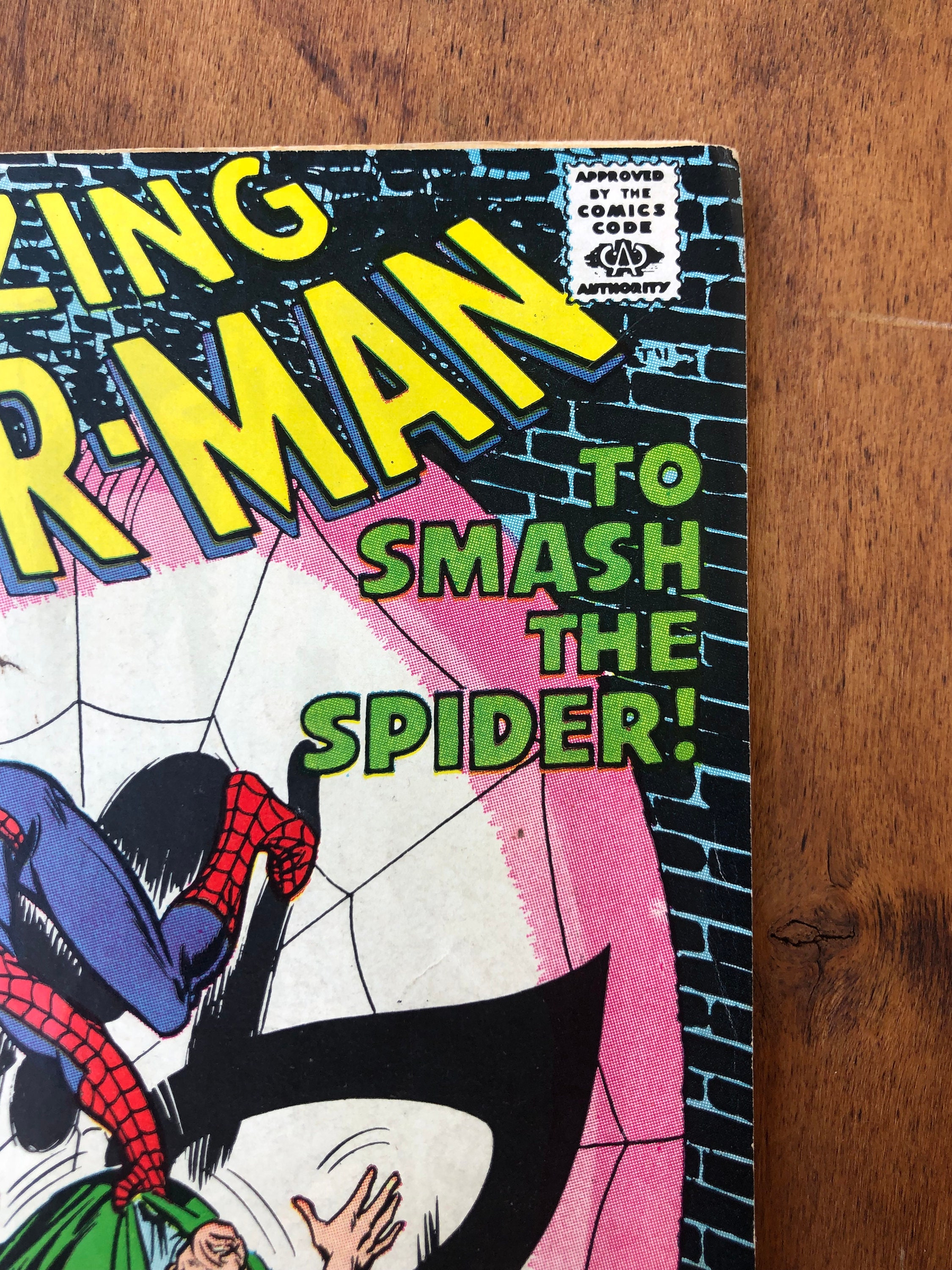 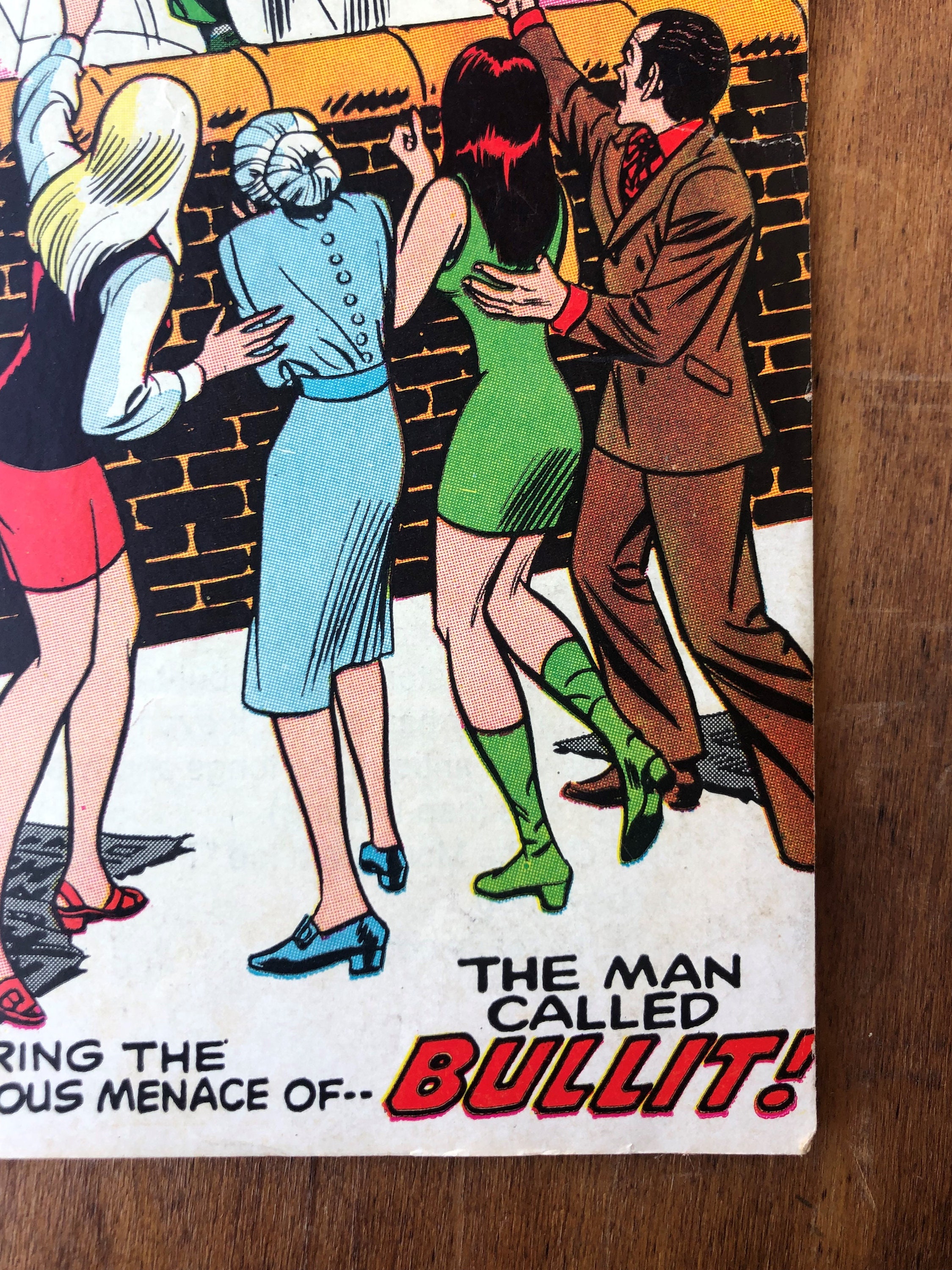 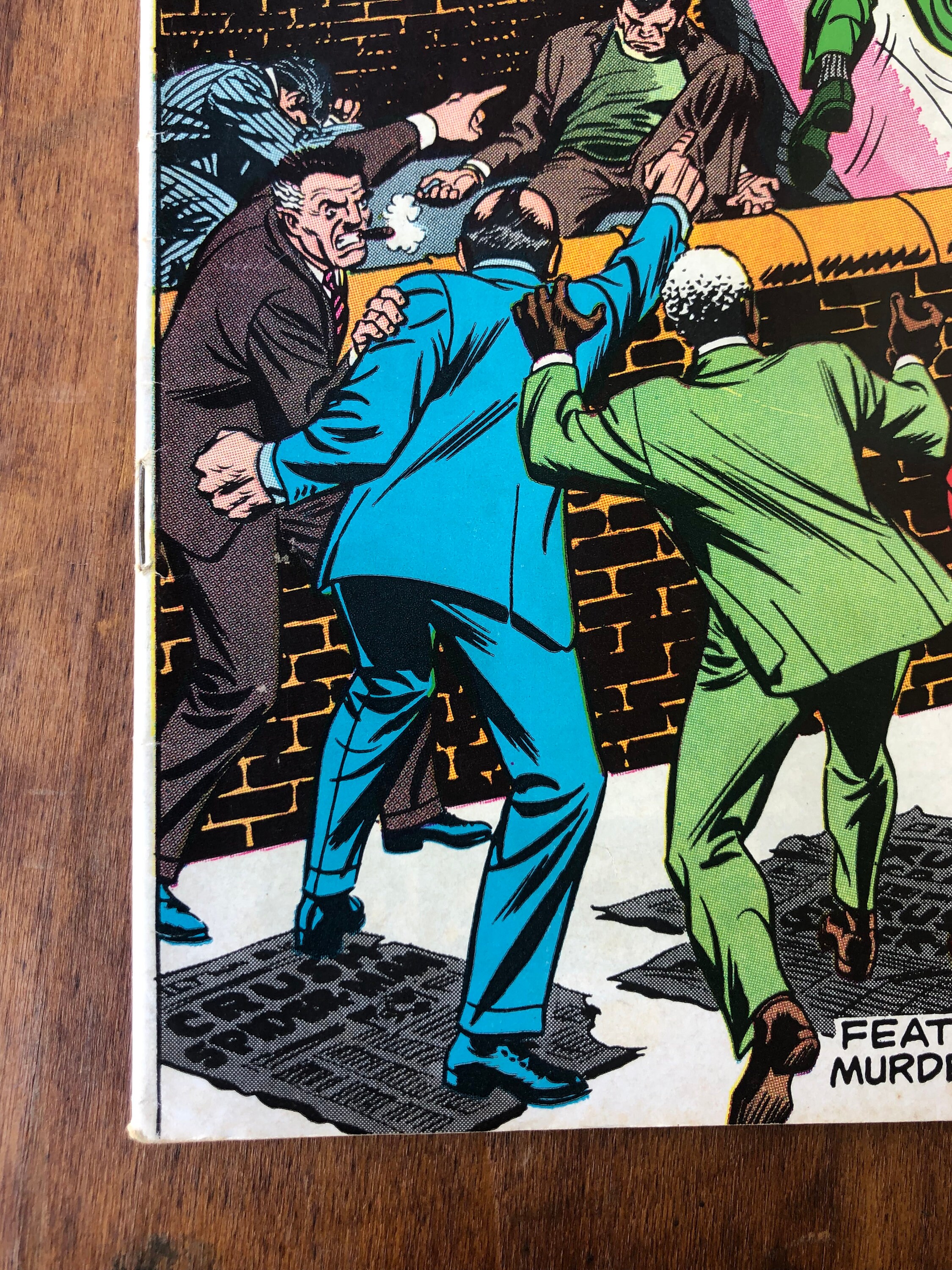 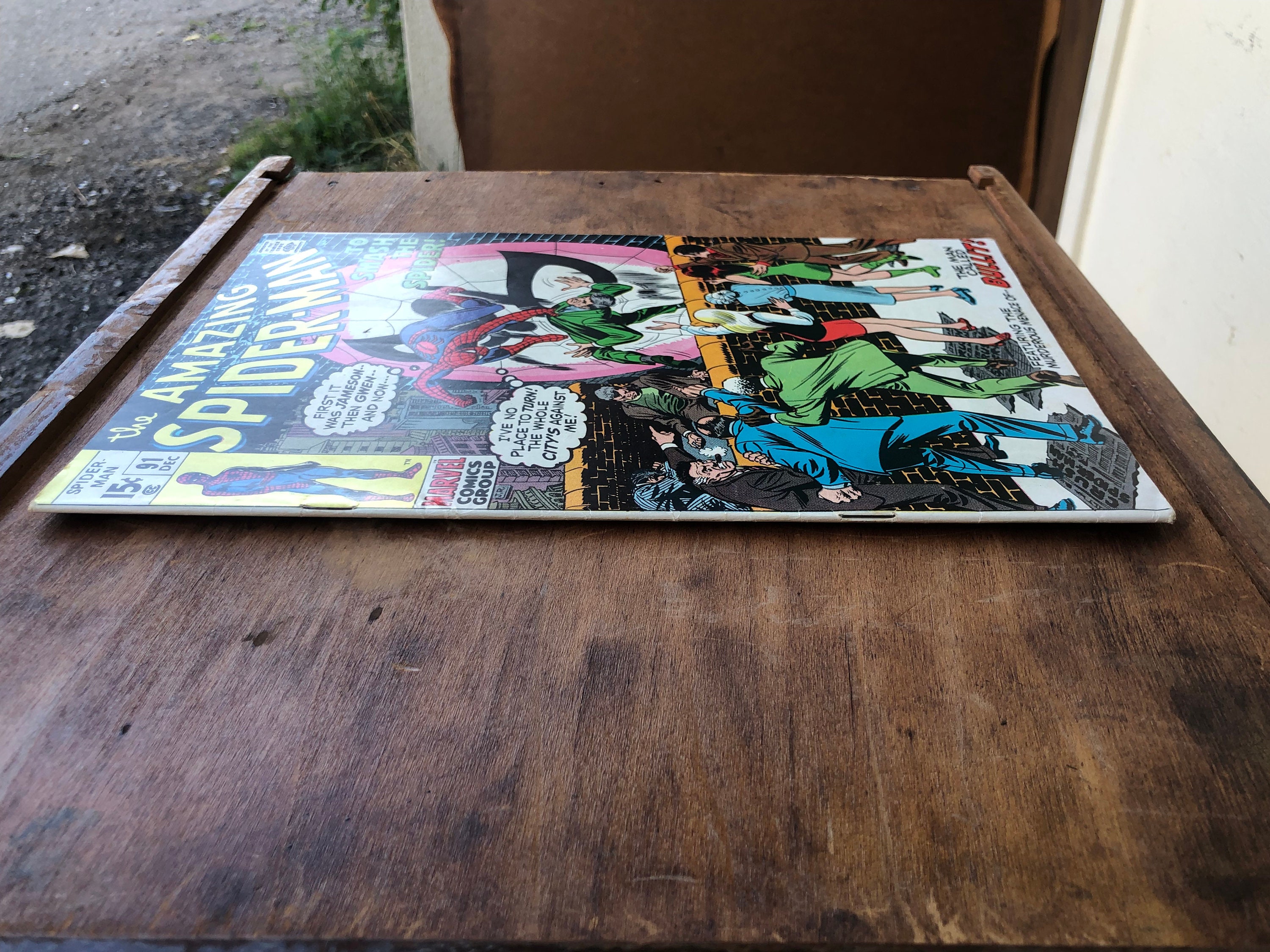 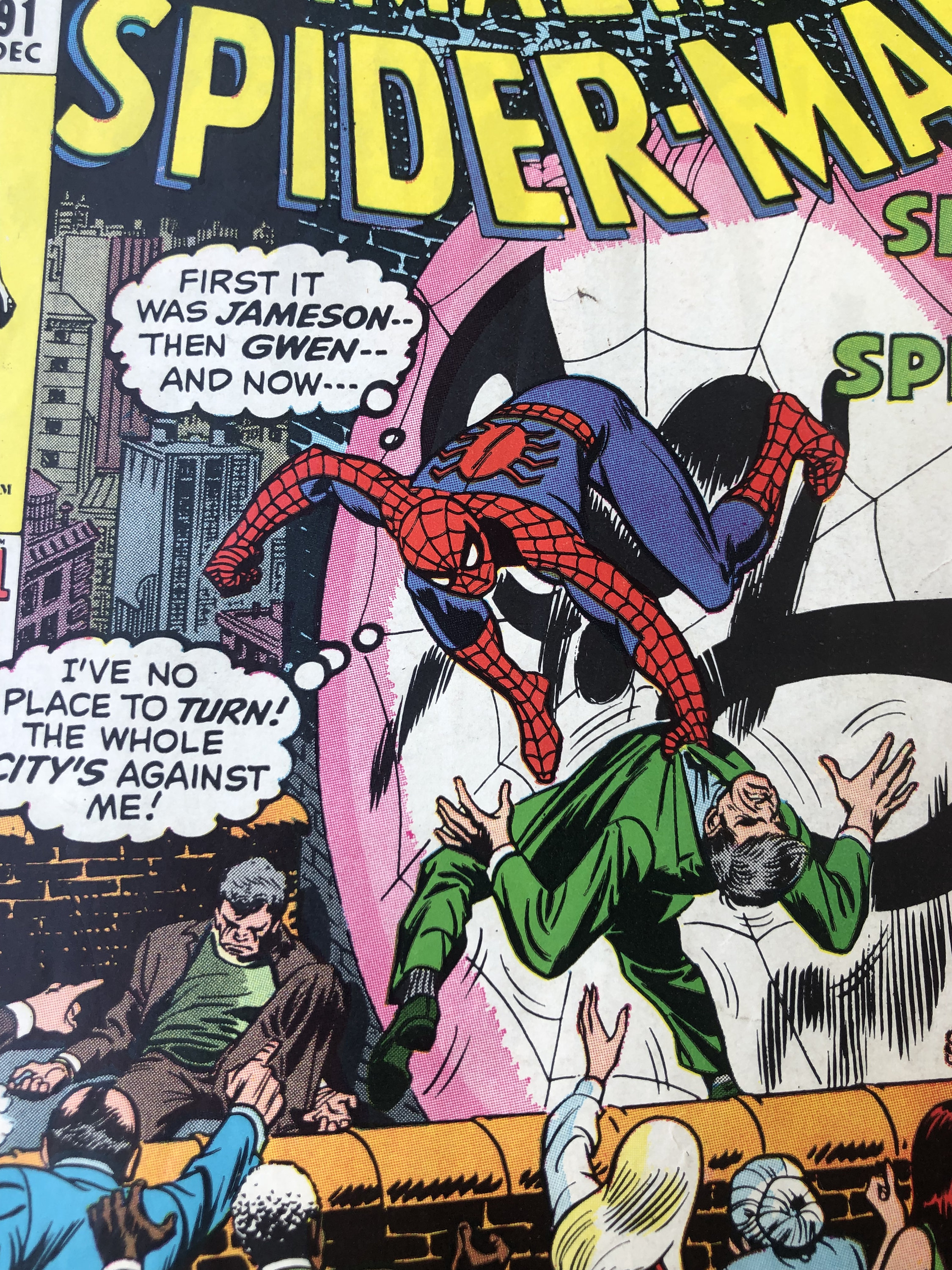 Here is a copy of The Amazing Spiderman issue 91, released December 1970.
It is in used condition.
See pics for condition.


To Smash The Spider!
It is the funeral of George Stacy and everyone close to the late police captain is in attendance. Peter Parker is there to support Gwen during this time, however he begins to consider what would happen if Gwen (who blames Spider-Man for her fathers death) ever found out that Peter is Spider-Man. Also in attendance is Sam Bullit, a man who was competing with George for the job of district attorney. When Gwen later asks to aid on Bullit's campaign, it's another advantage to Bullit. Bullit then seeks the support of the Daily Bugle in exchange for this promotion, he promises to bring in Spider-Man, something which Jonah instantly signs up for even though Joe Robertson has his reservations about Bullit.

With the help of Jameson, Bullit puts on a media campaign that focuses on vilifying Spider-Man, and the press works, everyone is so frightened of the wall crawler the streets are deserted at night. Deciding that he's pushing his luck out as Spider-Man, Peter changes back to his civilian guise. He is then confronted on the street by Bullit and his men confront Peter wanting all the information he knows about Spider-Man. When Peter refuses and likens Bullit to Adolf Hitler, he is beaten and left in the streets. Quickly recovering, Peter changes into Spider-Man and goes after them.

When he fails to track down Bullit, he finds some of Bullit's men on the street. He then chases after them and strings one of them up as a "message" to his employer. Spider-Man then heads back to his apartment. Entering he is suddenly startled when the lights are turned on by Bullit who had come there with Gwen Stacy, because he knew there was a connection between Parker and Spider-Man.