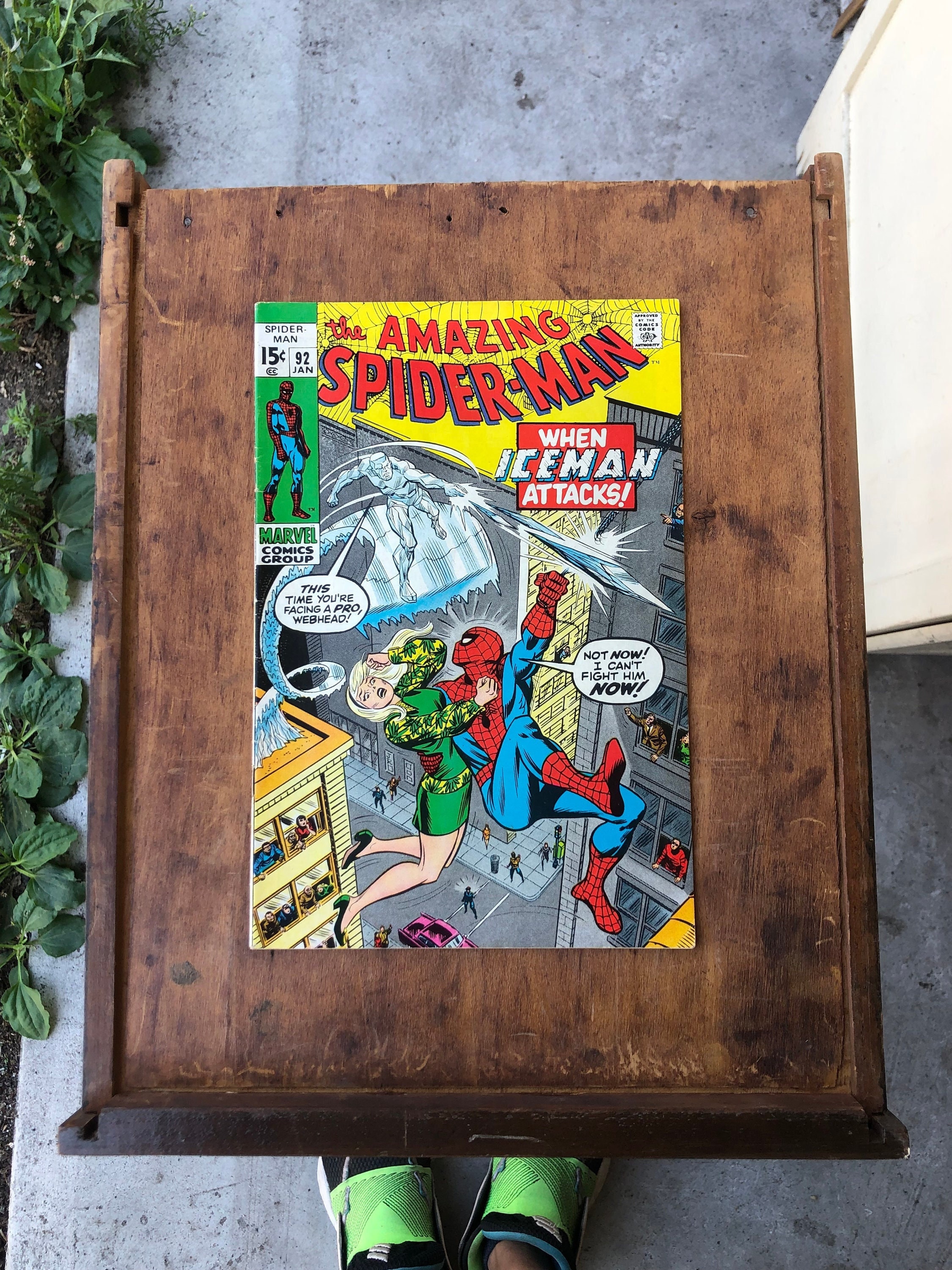 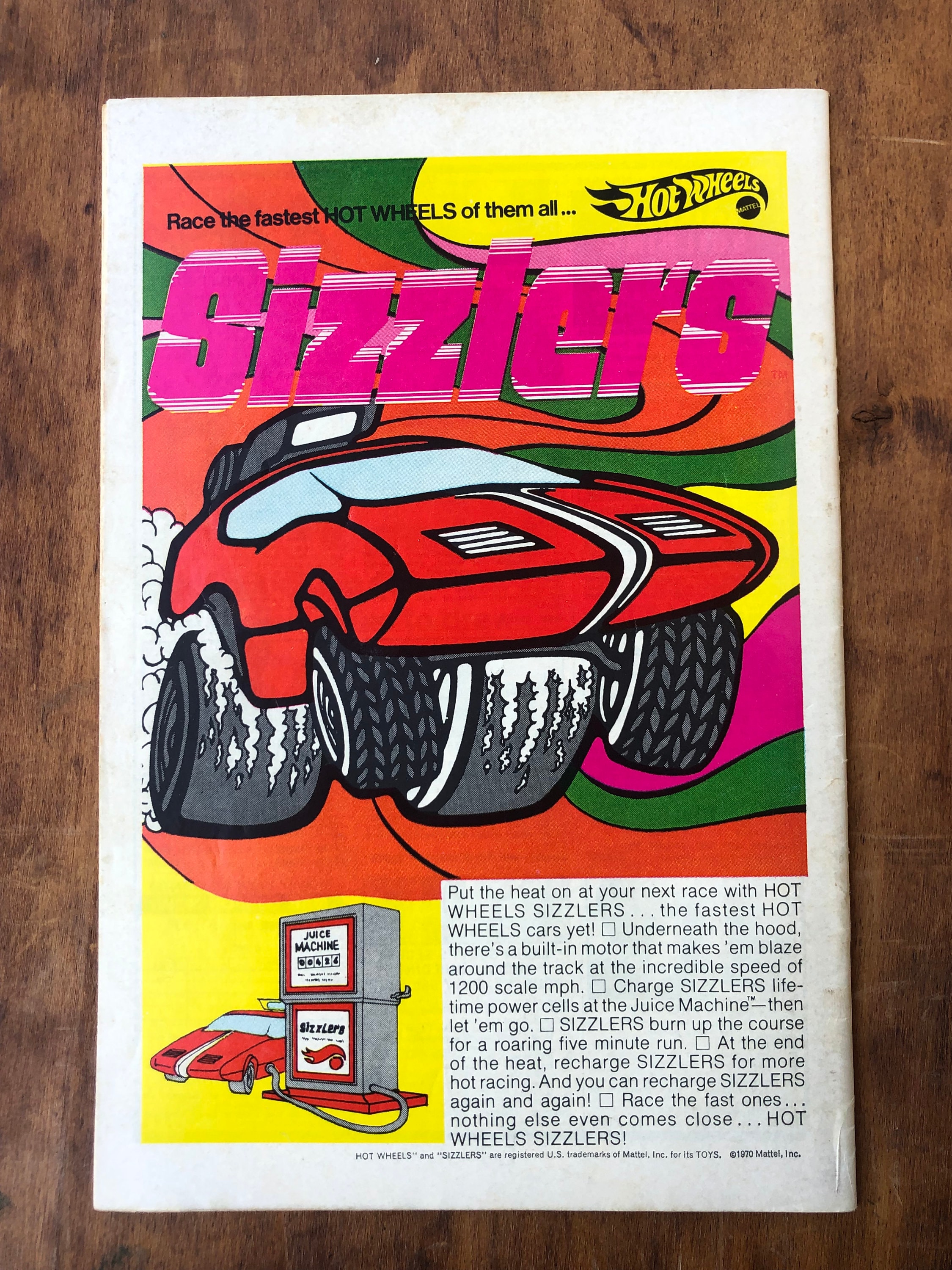 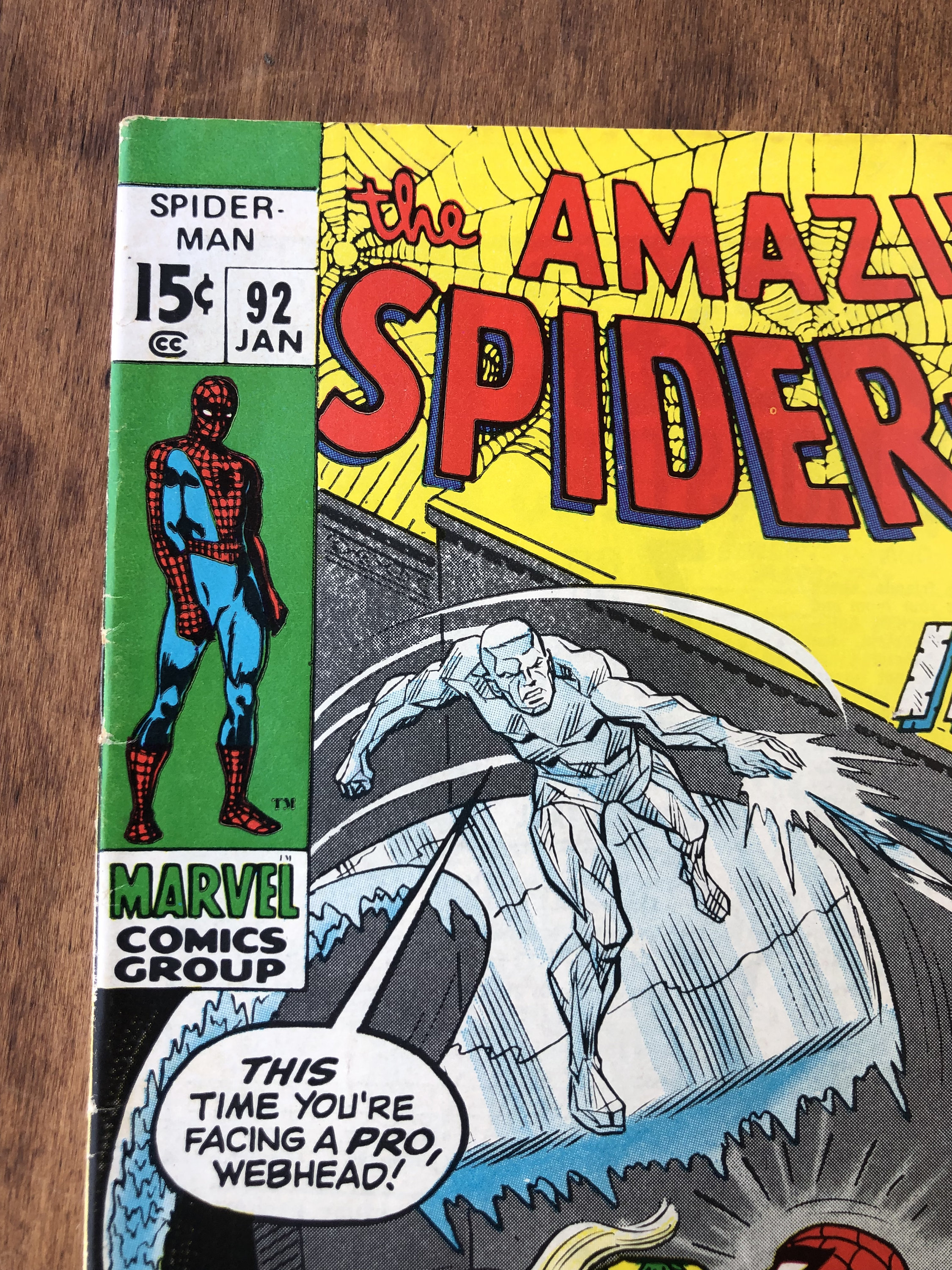 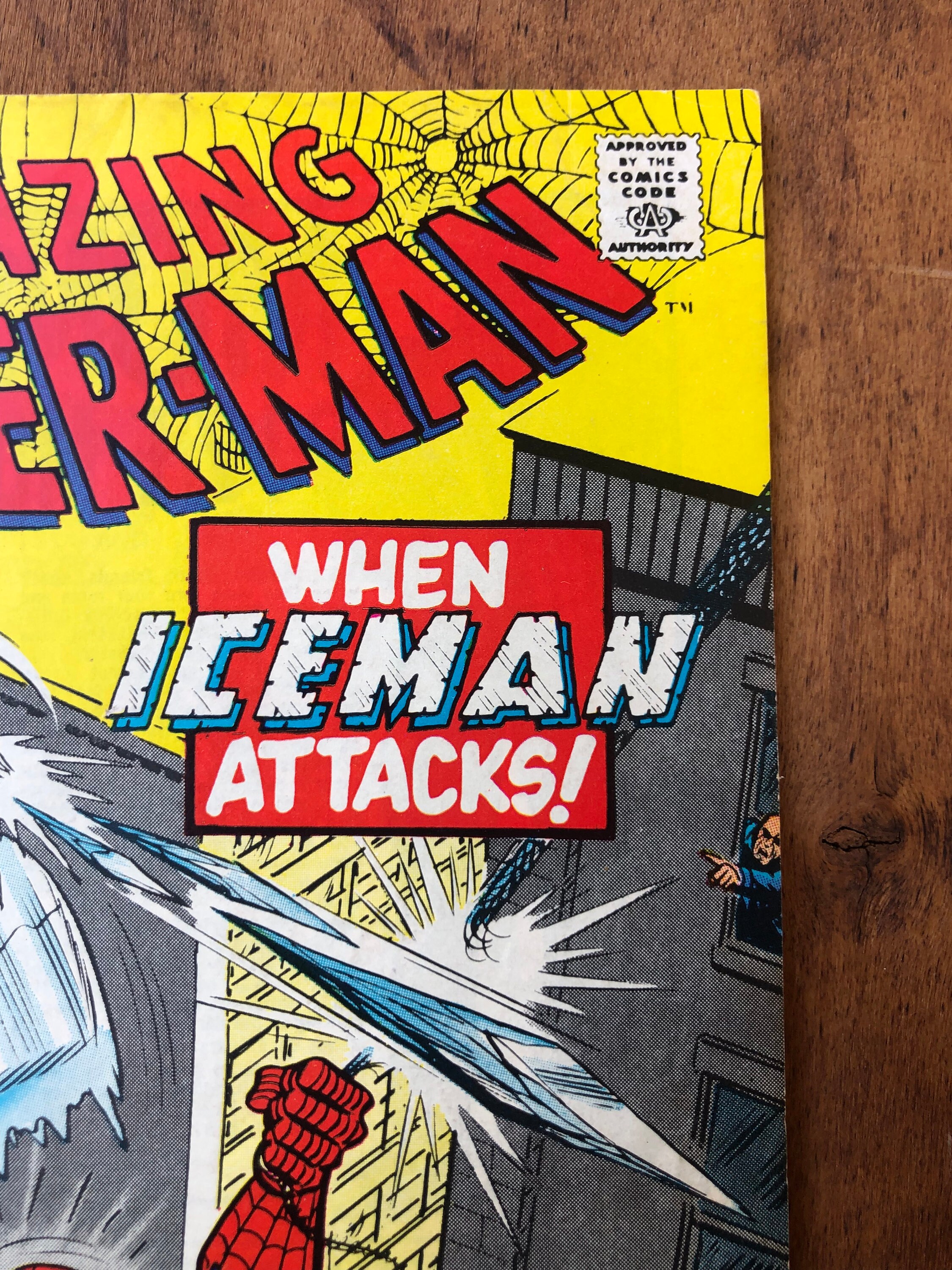 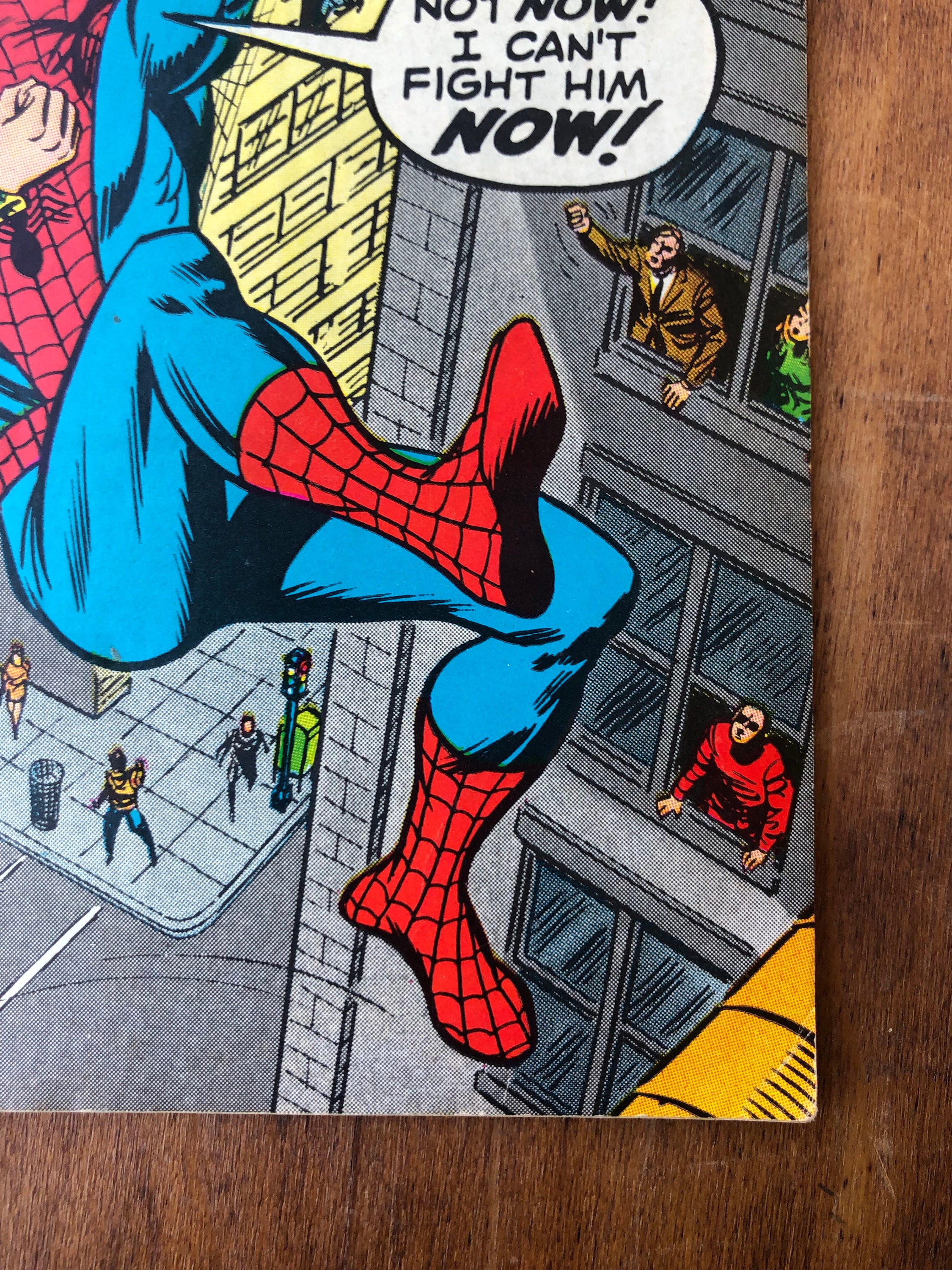 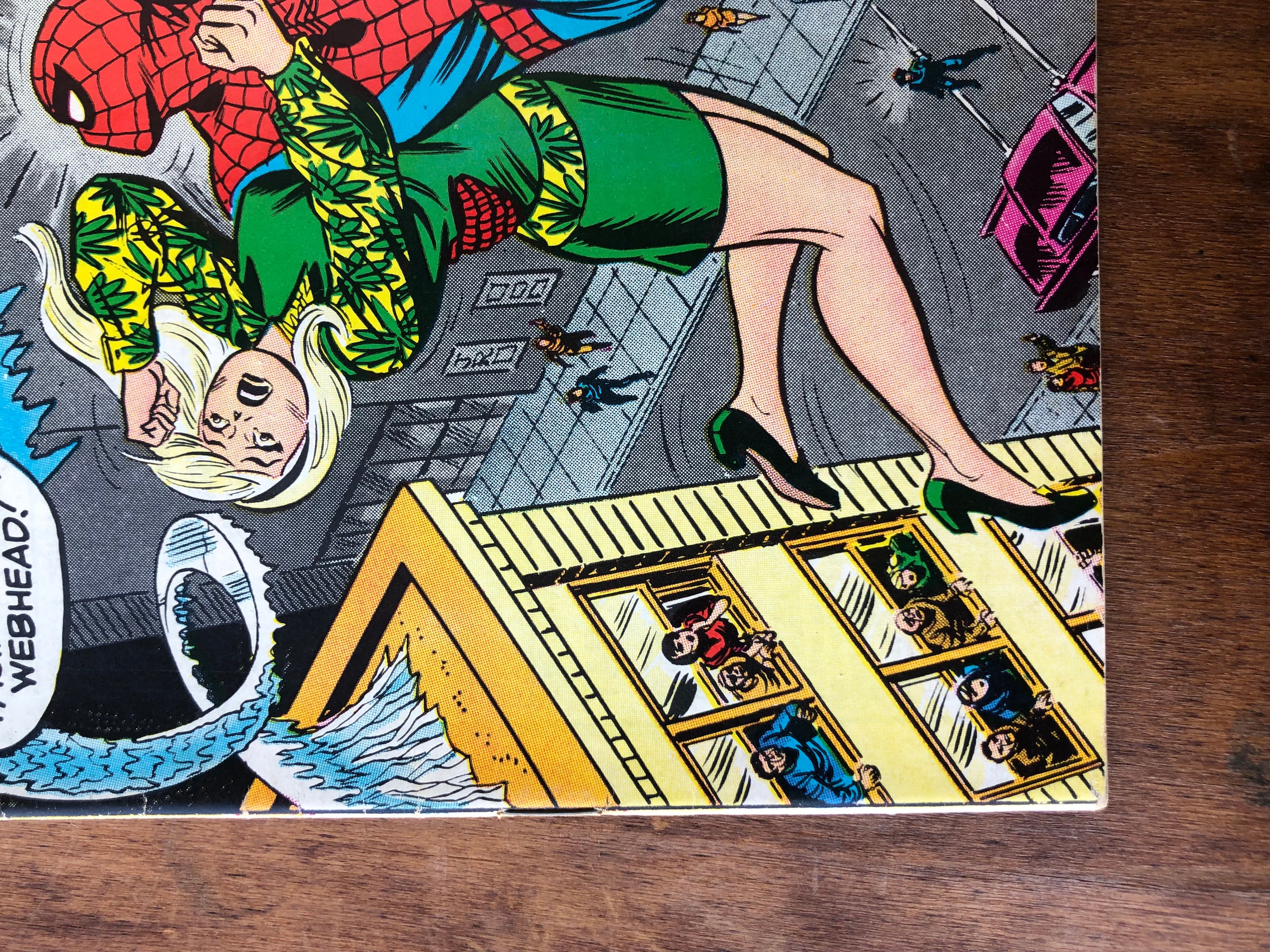 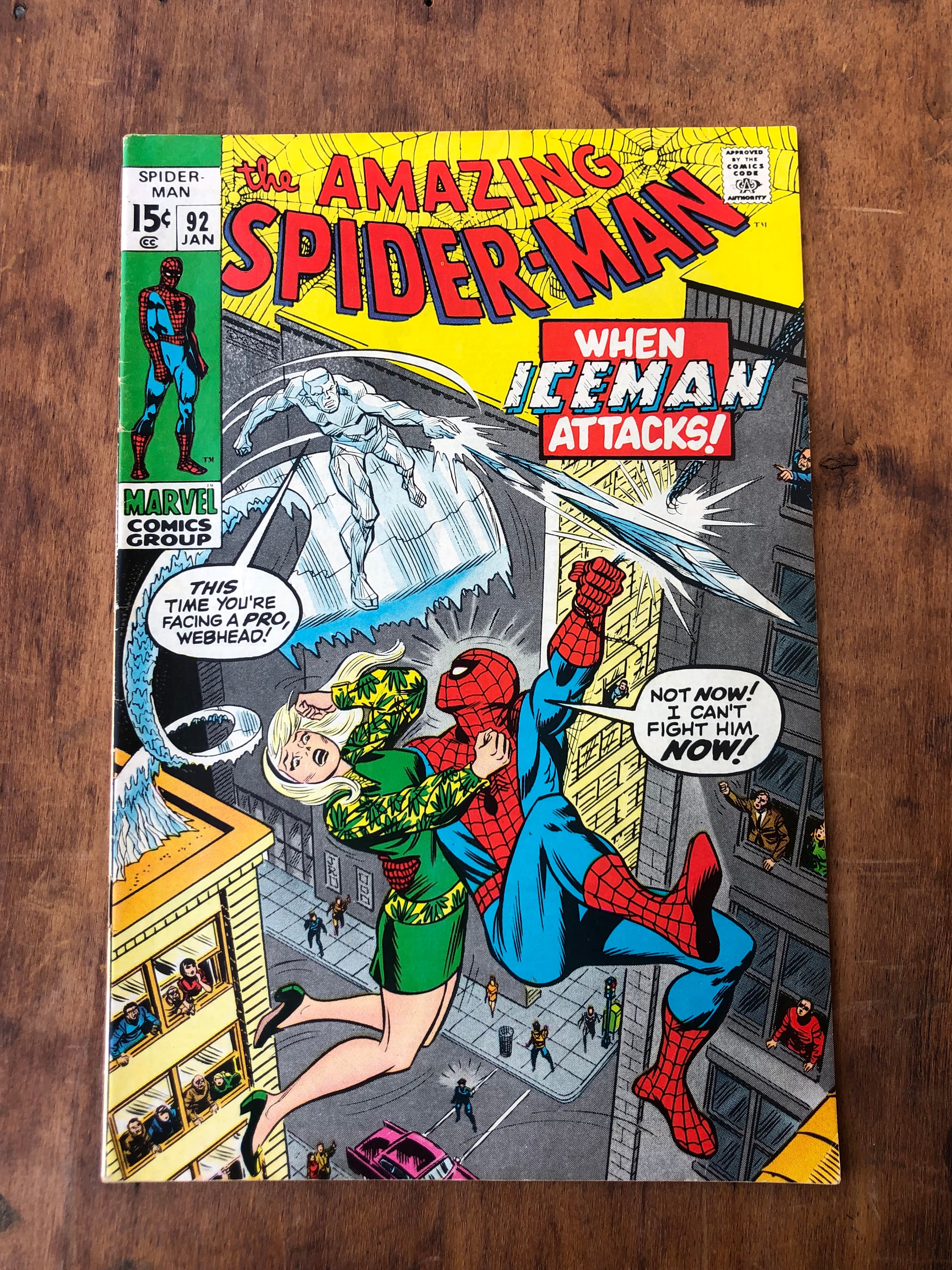 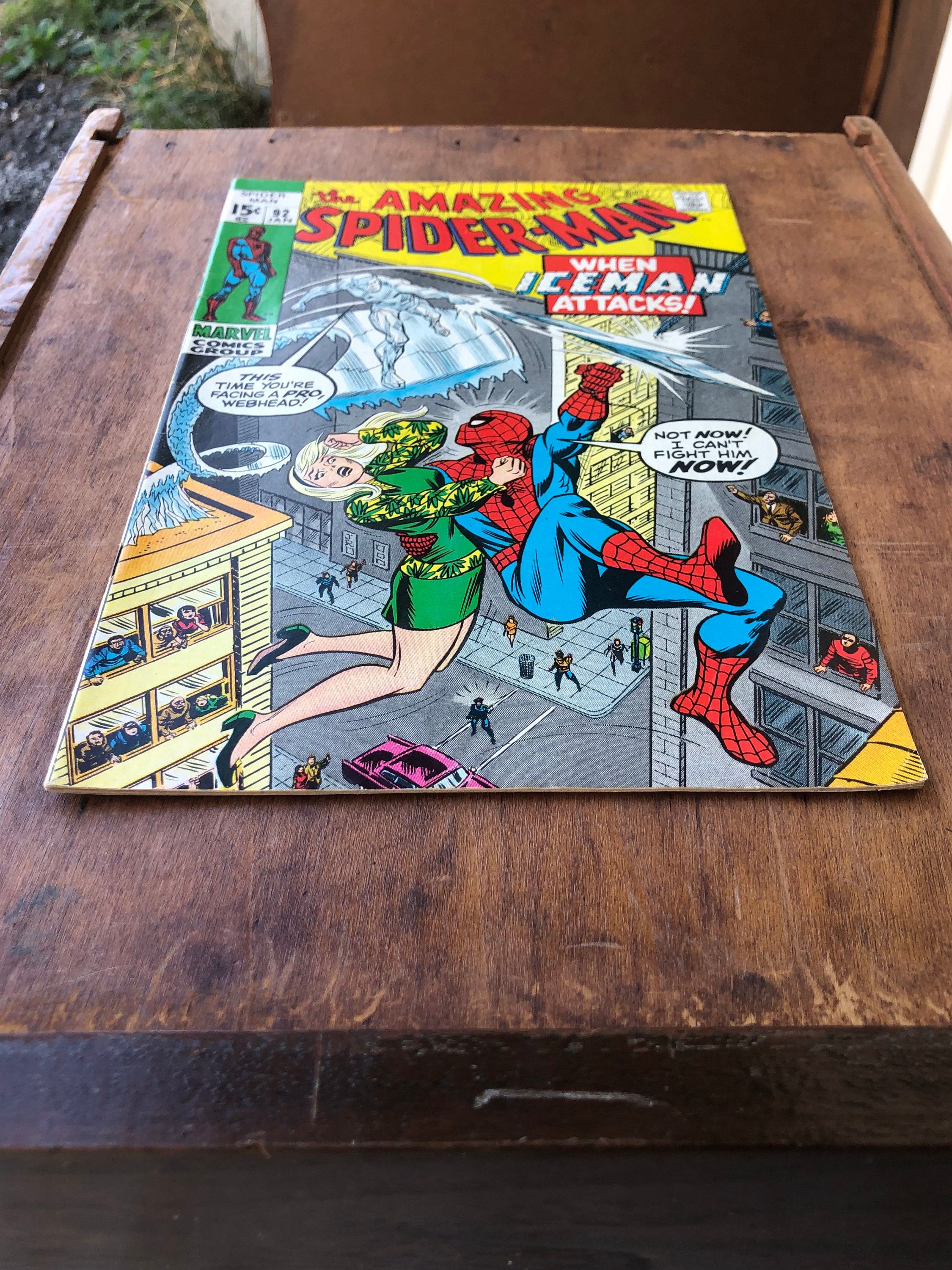 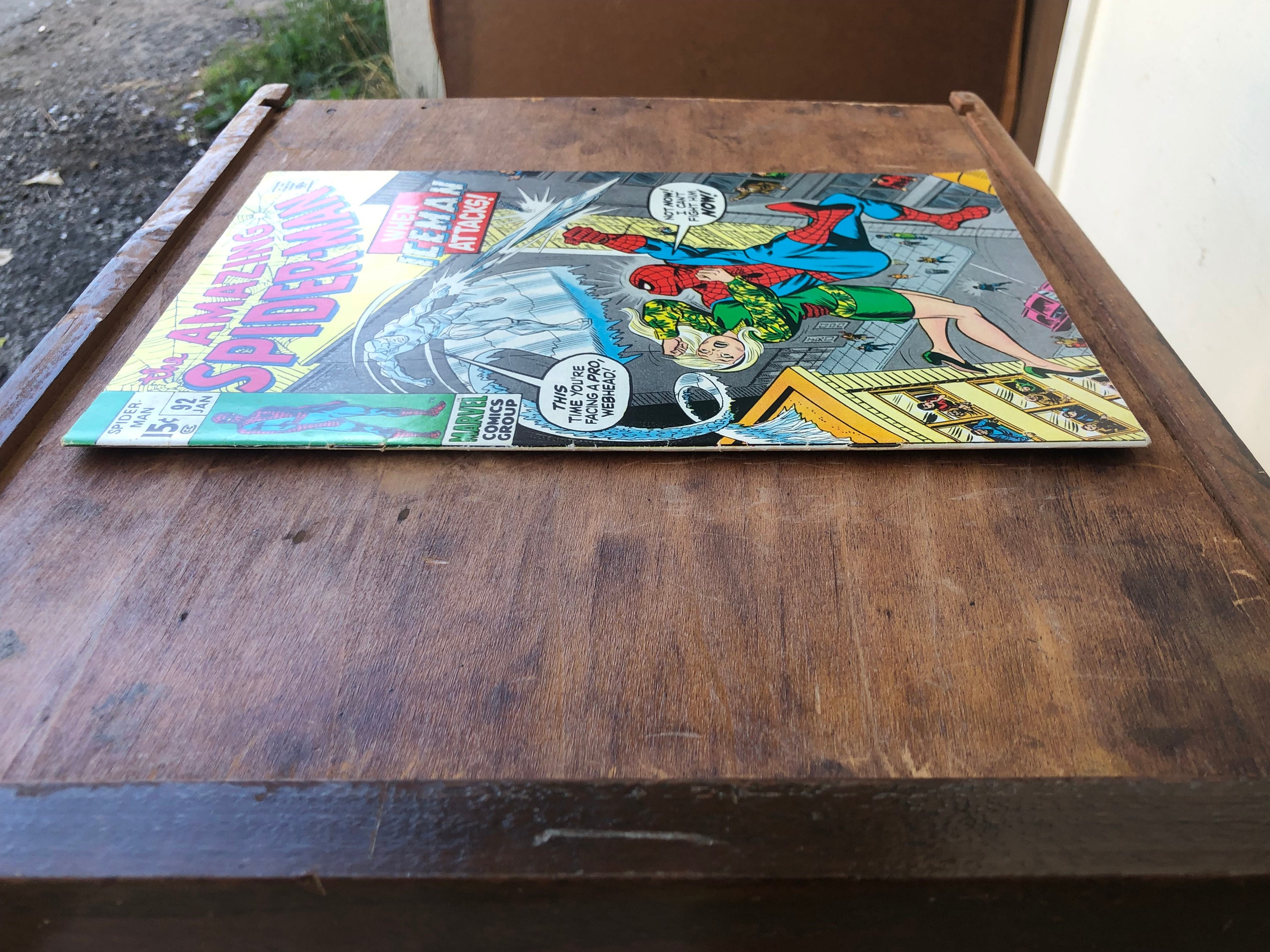 Here is a copy of The Amazing Spiderman issue 92, releasedJanuary 1971.
It is in used condition.
See pics for condition.


When ICEMAN Attacks!
Continued from last issue... Spider-Man has just been confronted by Sam Bullit and Gwen Stacy at Peter Parker's apartment. Spider-Man, hoping to talk sense into Gwen, grabs the girl and makes an exit. However, this is spotted by Bobby Drake, who is out on a date. He changes into Ice Man and attacks Spider-Man, whom he thinks will harm the girl, forcing Spidey to make an escape. Bullit thanks Ice Man for his help and asks him to track down and capture Spider-Man.

After continuing his law and order campaign to obtain the D.A. chair, Bullit is contact by J. Jonah Jameson who tells him that he's dropping the Bugle's endorsement of him. When Bullit and his goons show up at the Bugle, Jameson explains that he will no longer endorse a candidate with shady dealings, revealing that he know about how Bullit and his men roughed up Peter Parker. To add to the damaging evidence against Bullit, Joe Robertson has dug up Bullit's background, which involves dealing with extremist and racist groups.

When Bullit and his men kidnap Joe, Peter Parker witness the whole event and goes after Bullit as Spider-Man. He's initially stopped by Ice Man, but manages to convince him to help rescue Joe. The two heroes work in unison to free Joe, and the three of them confront Bullit during one of his fund raising banquets. When the truth about Bullit is revealed, those people in attendance of the banquet walk out on him, and Bullit is arrested shortly after.