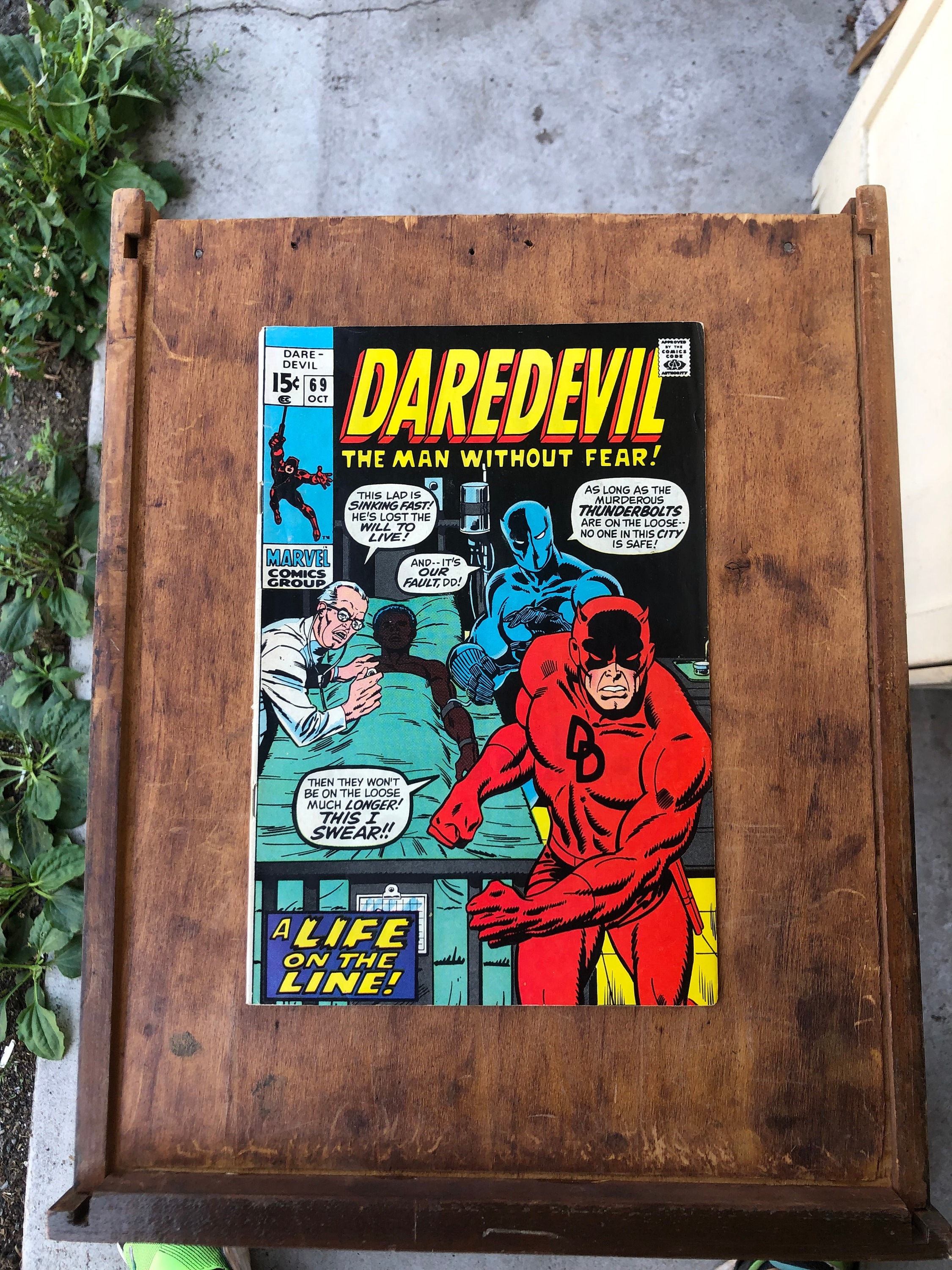 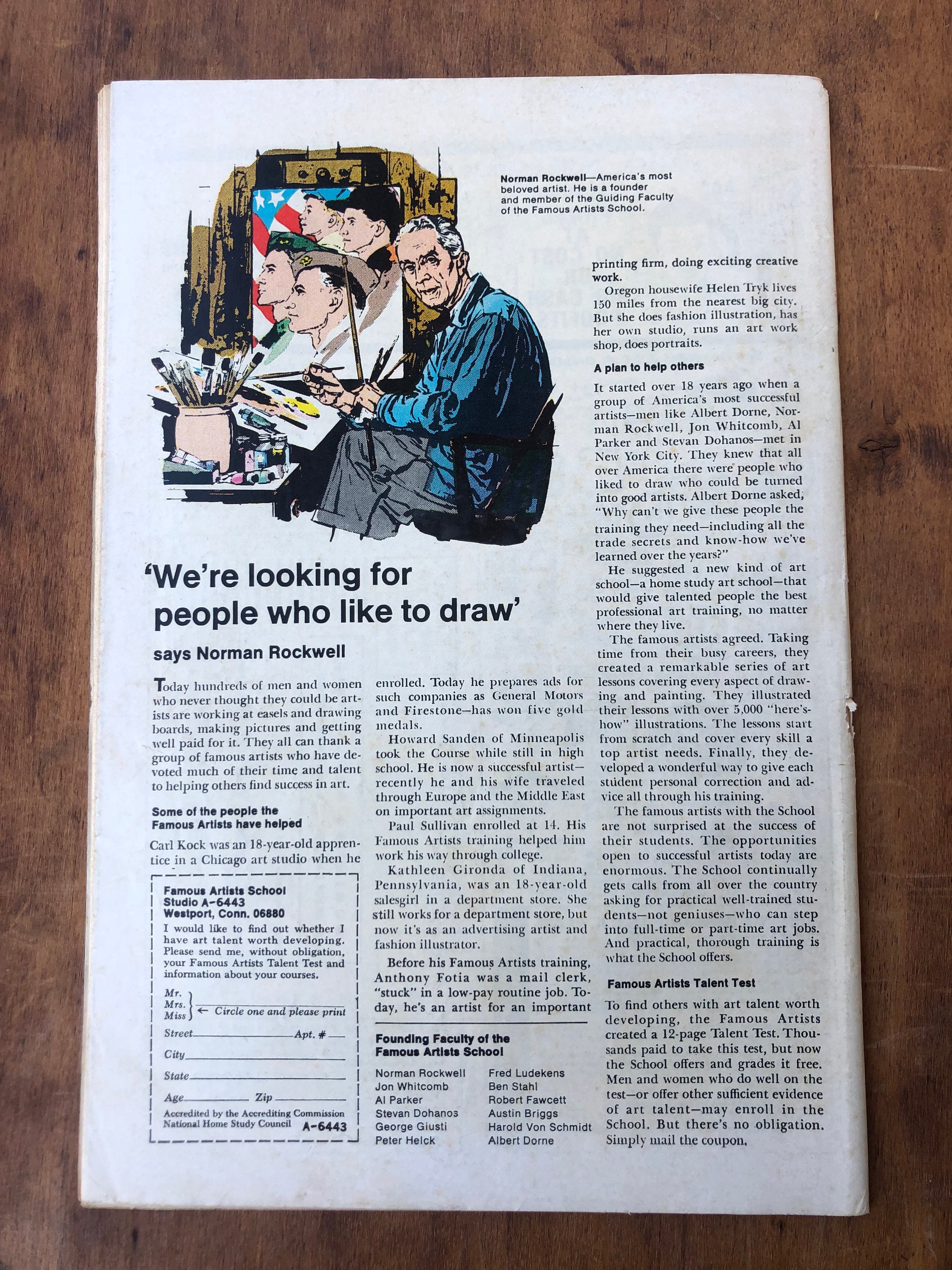 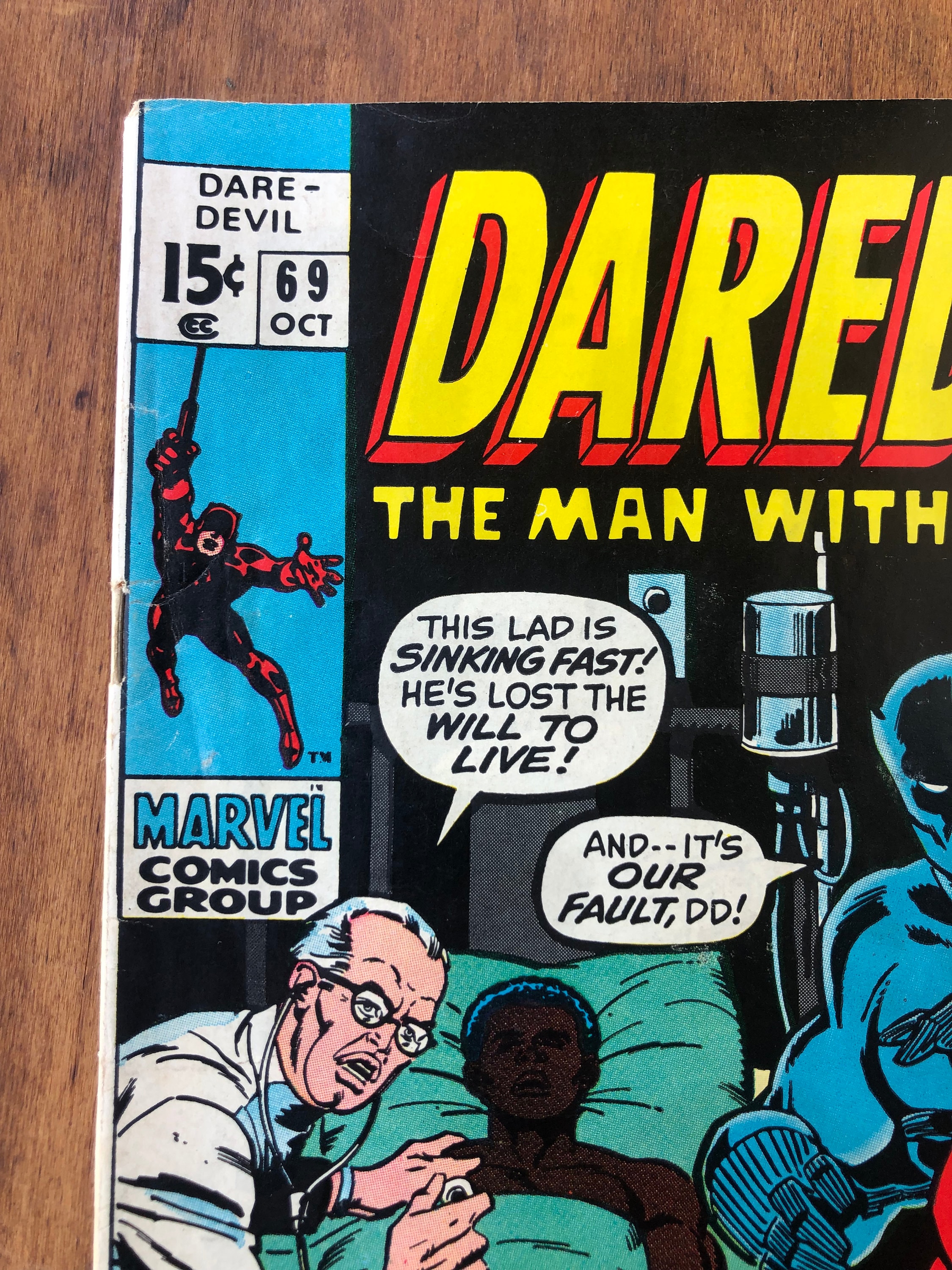 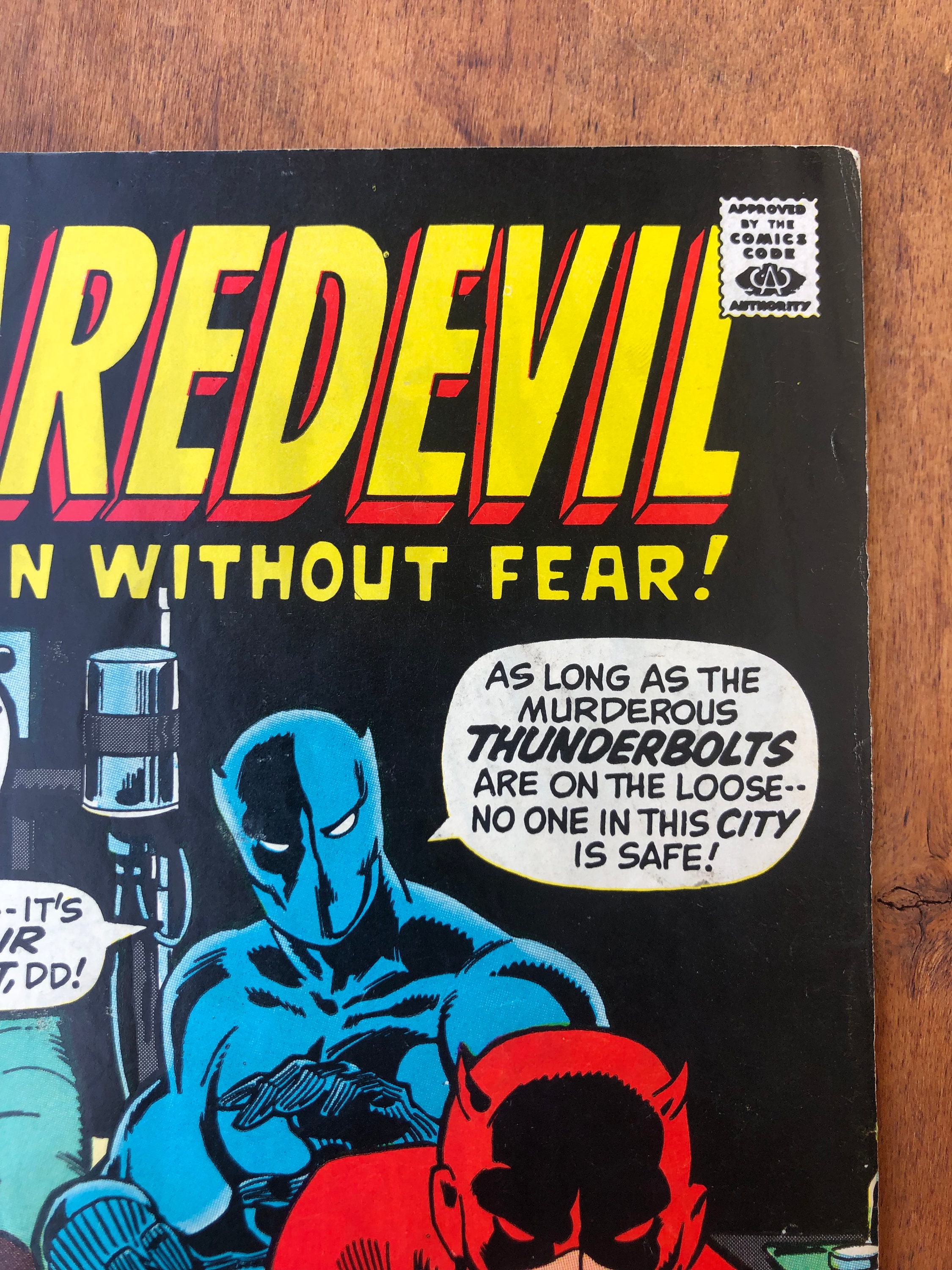 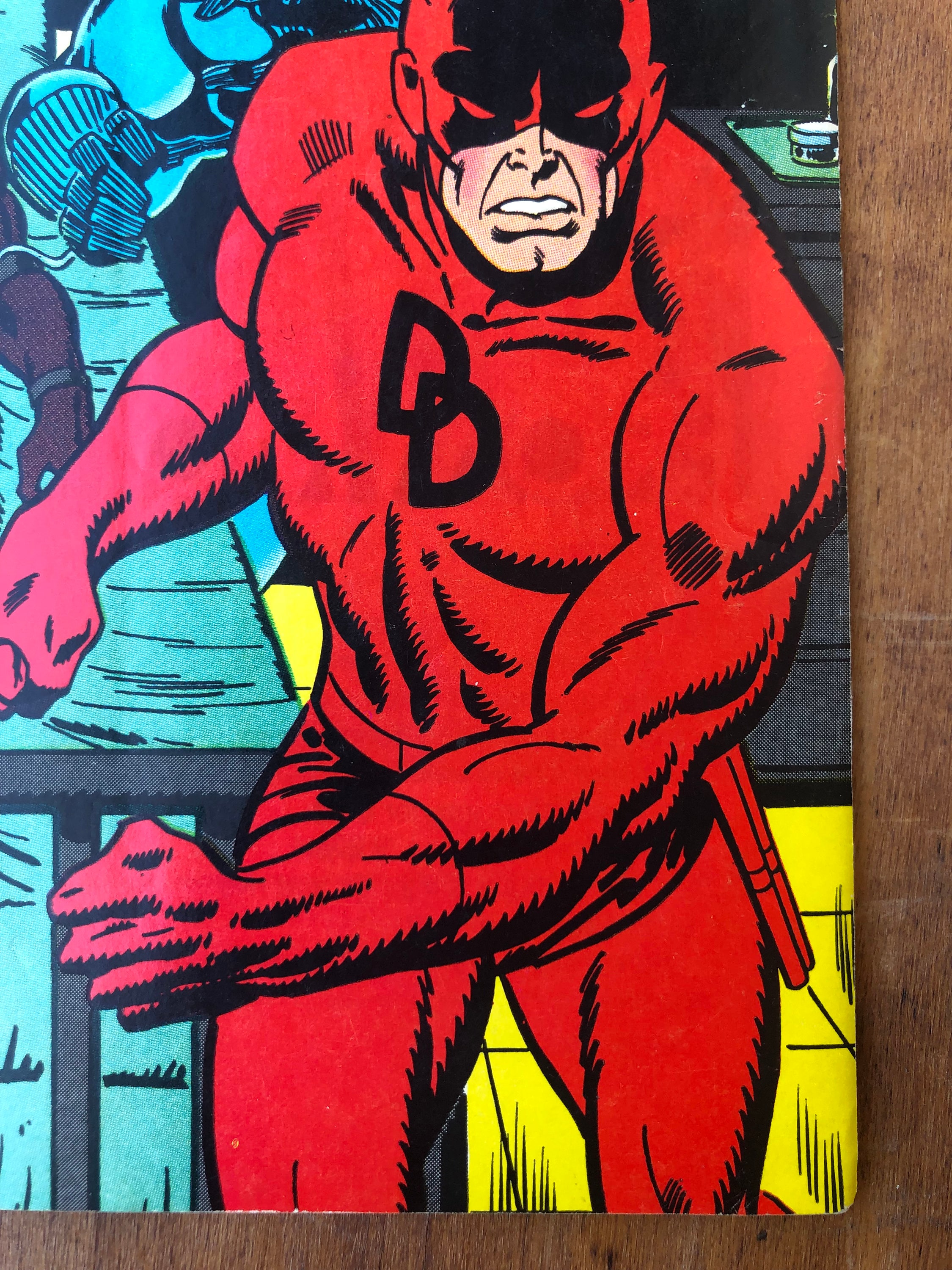 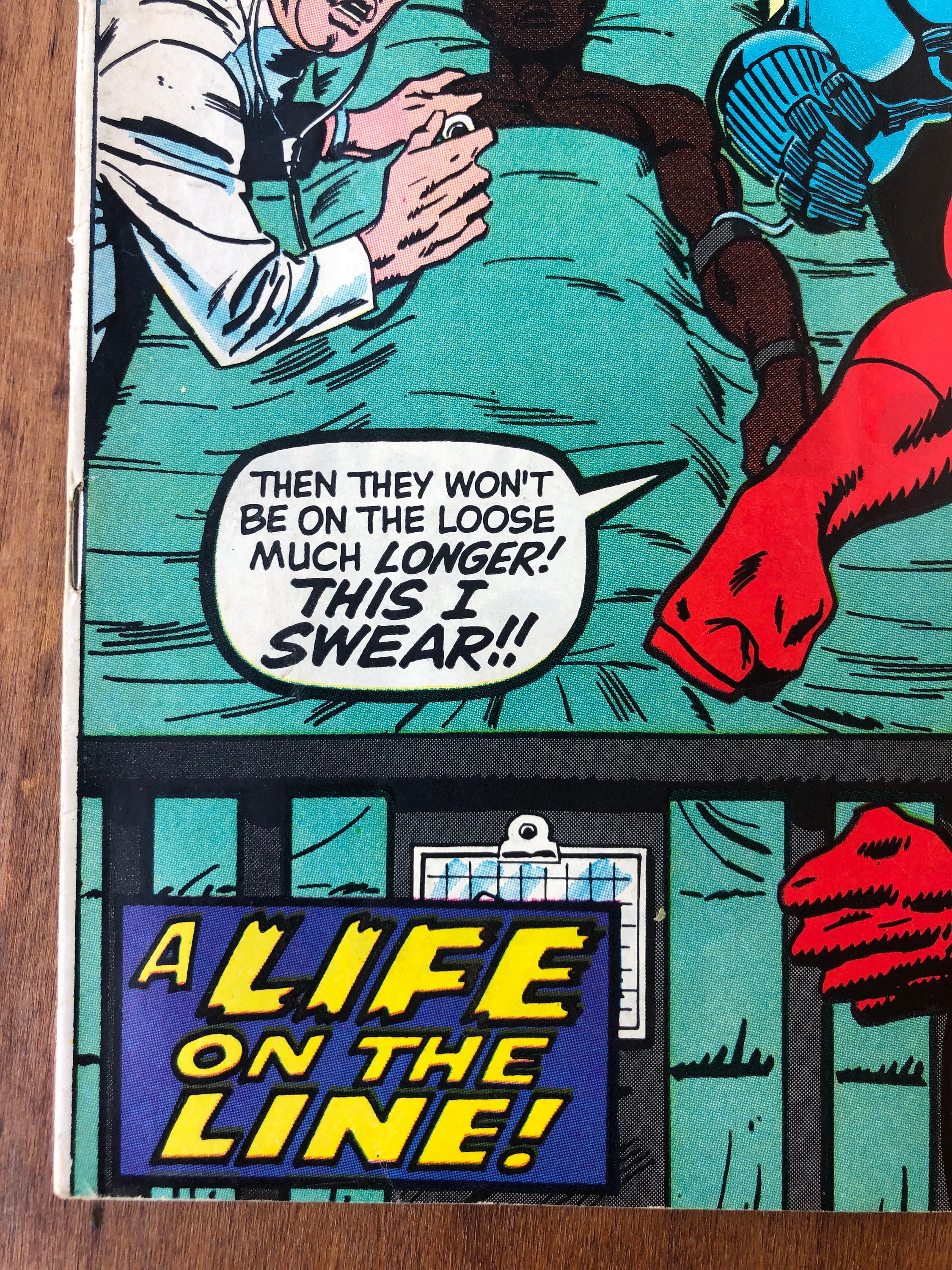 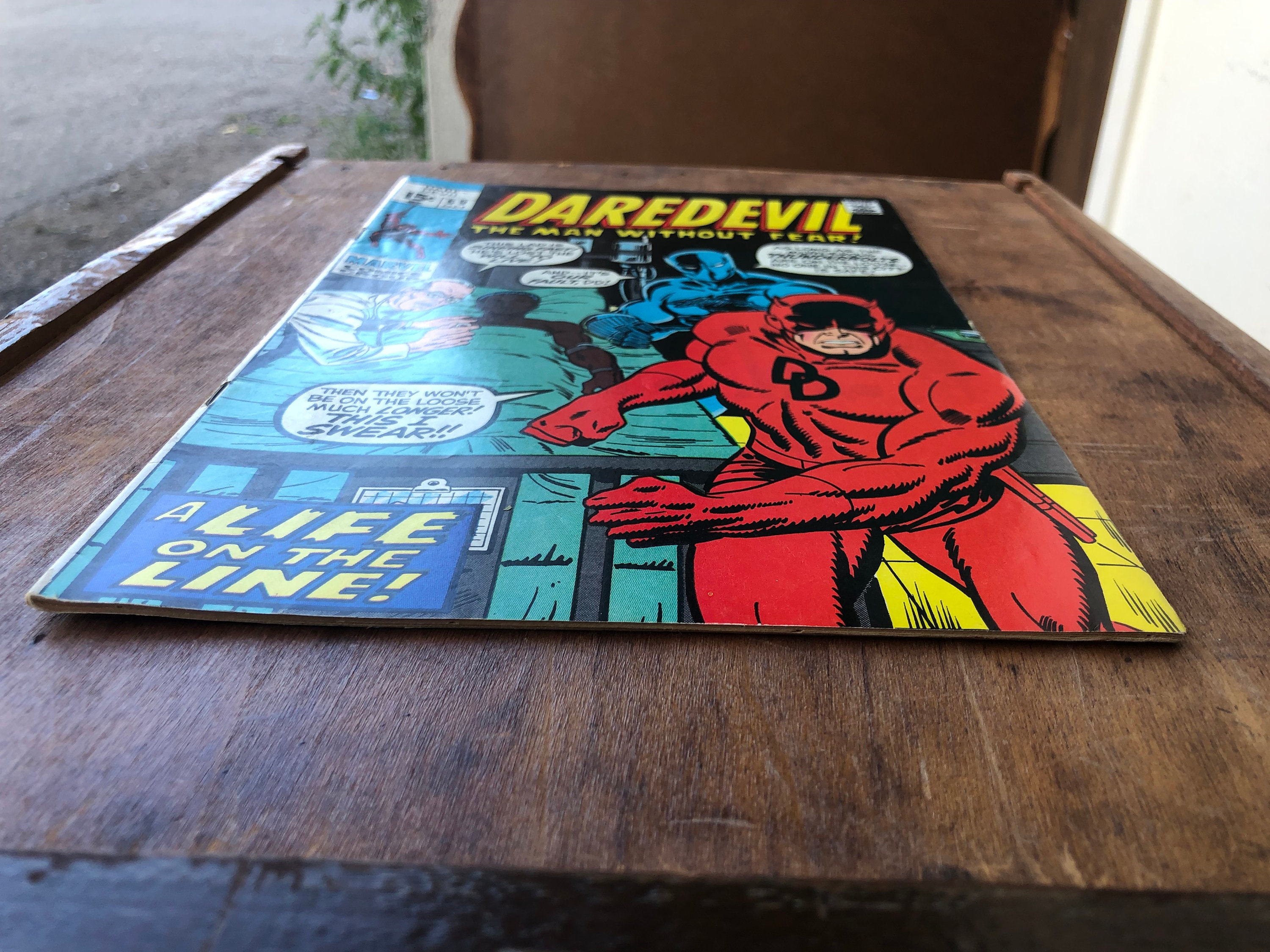 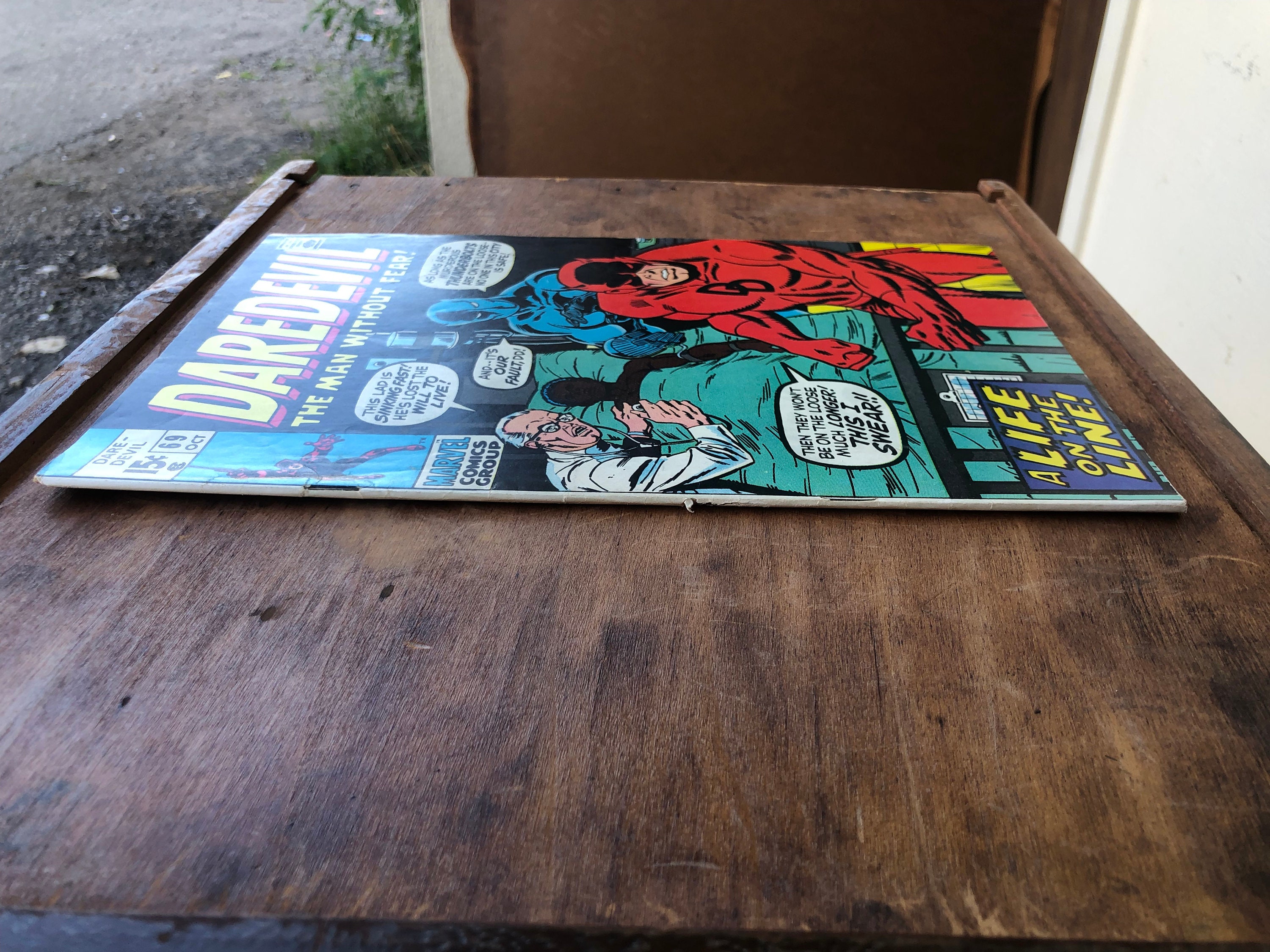 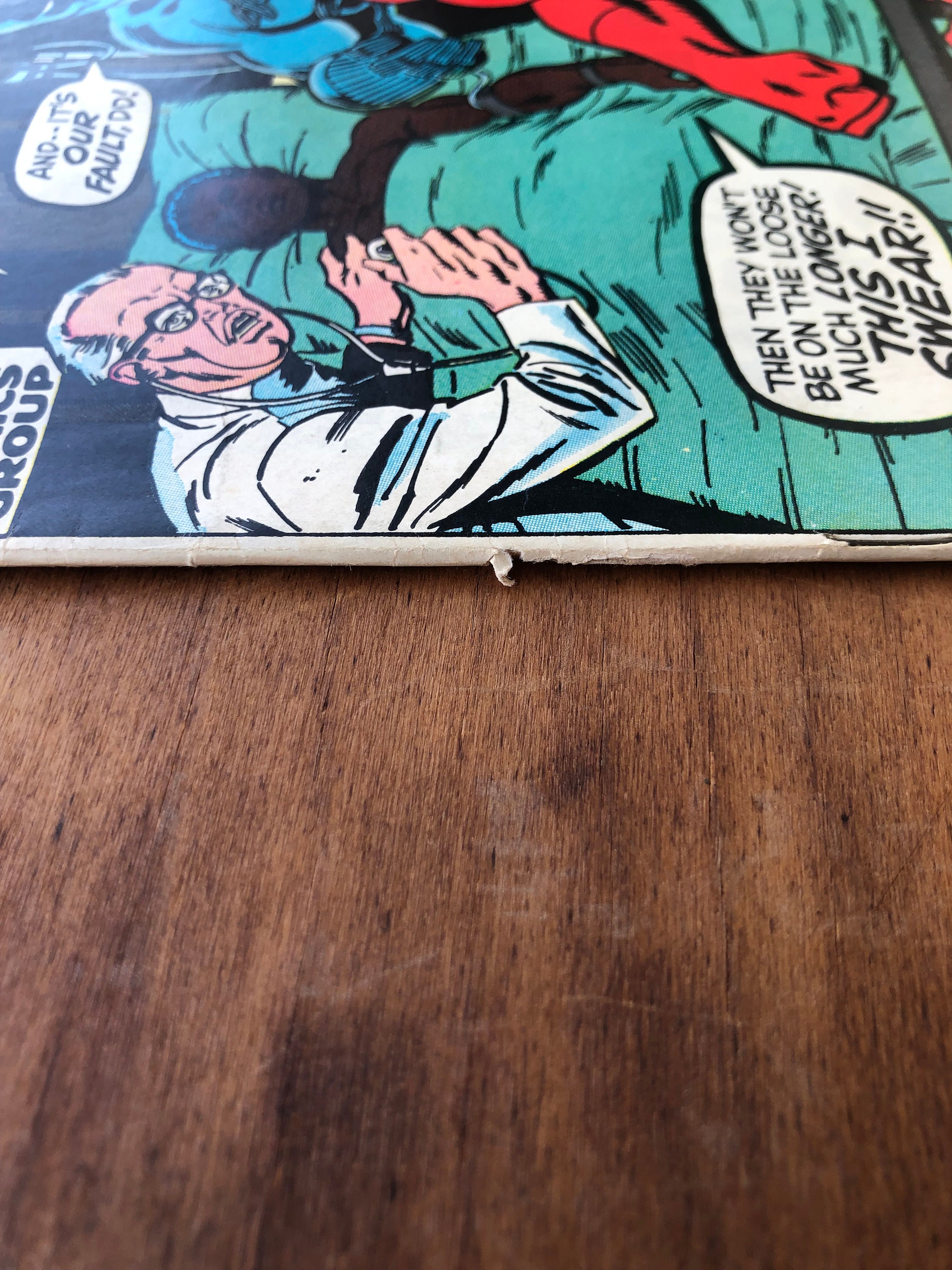 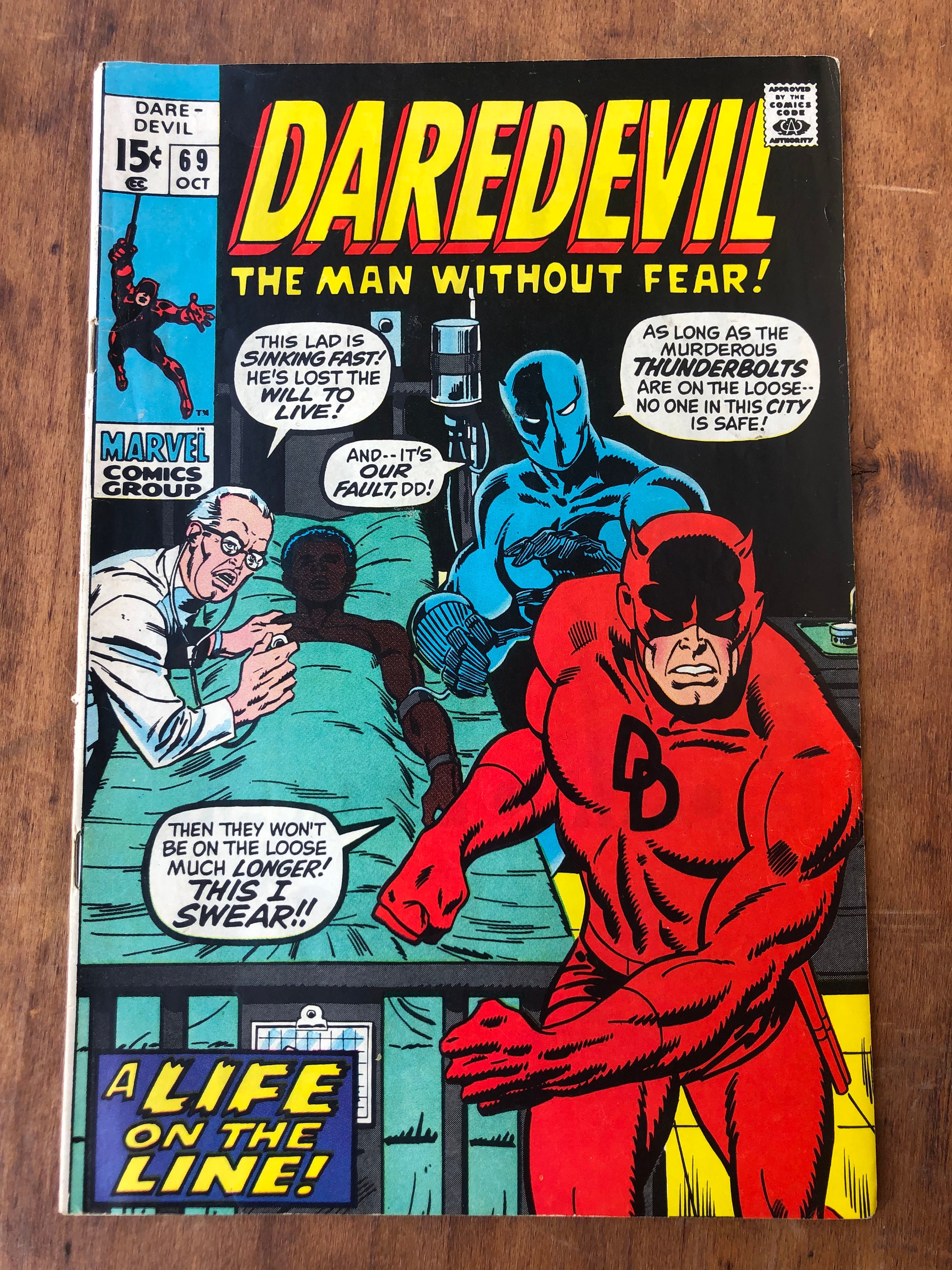 Here is a copy of Daredevil issue 69, released October 1970.
It is in used condition.
See pics for condition.


A LIFE On The LINE!
1st Appearance "Thunderbolts" (Gang In Hell's Kitchen)
While crashing in on a minor theft, the driver of the getaway truck crashes while trying to escape Daredevil, looking inside DD is shocked to find that the driver is a boy no older than 15. Running into the Black Panther, the two rush the boy to the hospital.
Black Panther explains that he was investigating the criminal activities of a local gang of African-American youths known as the Thunderbolts. The Thunderbolts, Panther explains have been recruiting members from the kids that he teaches in his civilian guise of Lucas Charles (during the conversation DD and Black Panther confirm each other's civilian identities). The group itself, is anti-establishment and is under the belief that the "white man" is the cause of their ills, and believes that violence and theft is the only way to get out from under the perception of oppression. (Tell it like it is!) DD also learns that the boy he saved (Lonnie) has an older brother Billy who has infiltrated the group.

Daredevil teams up with Black Panther to break up the group, and with the help of Billy, they break it up and turn them over to police. Billy then goes to check on his brother at the hospital and Daredevil and Black Panther decide to treat themselves to a Coke for a job well done.