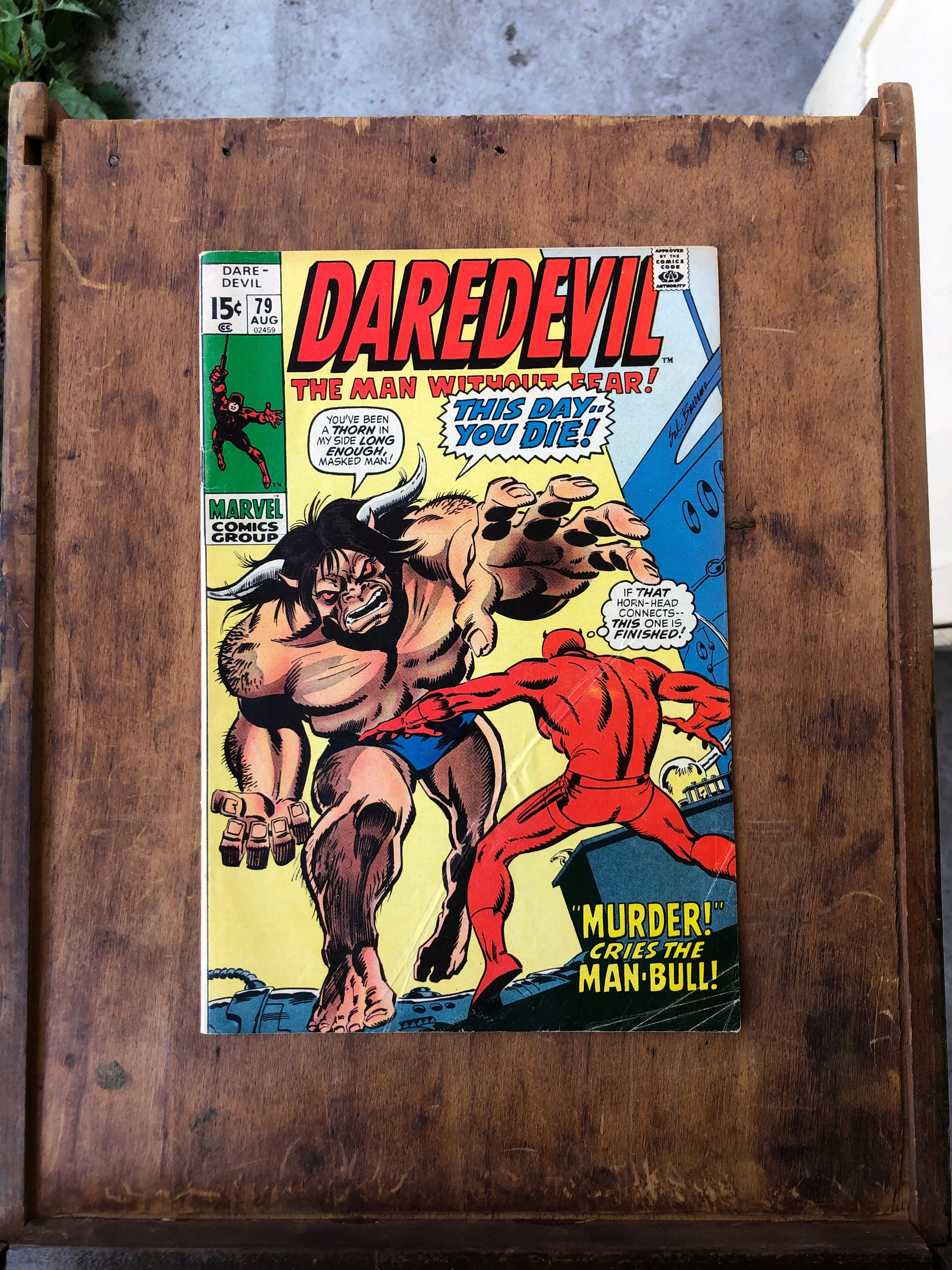 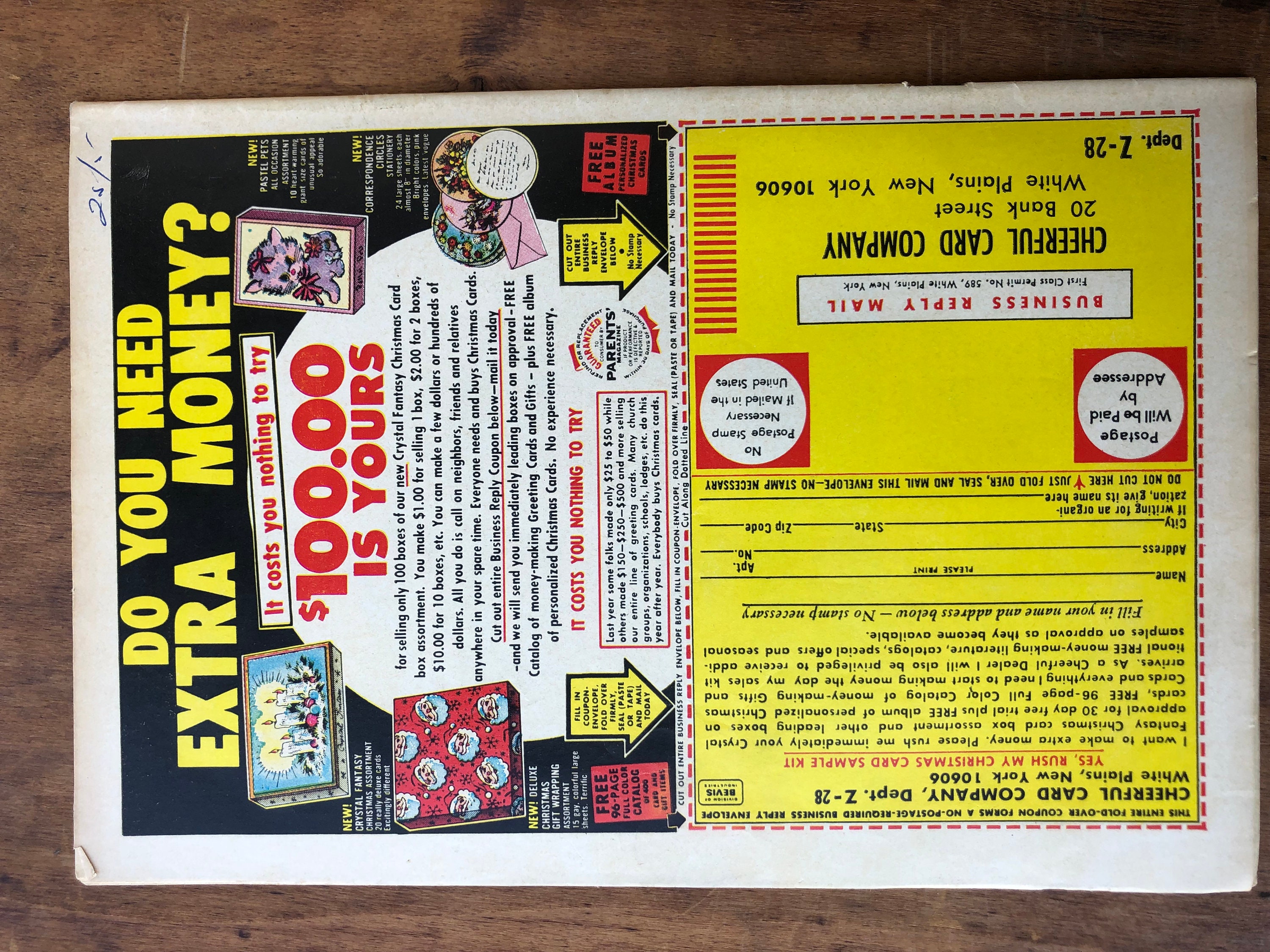 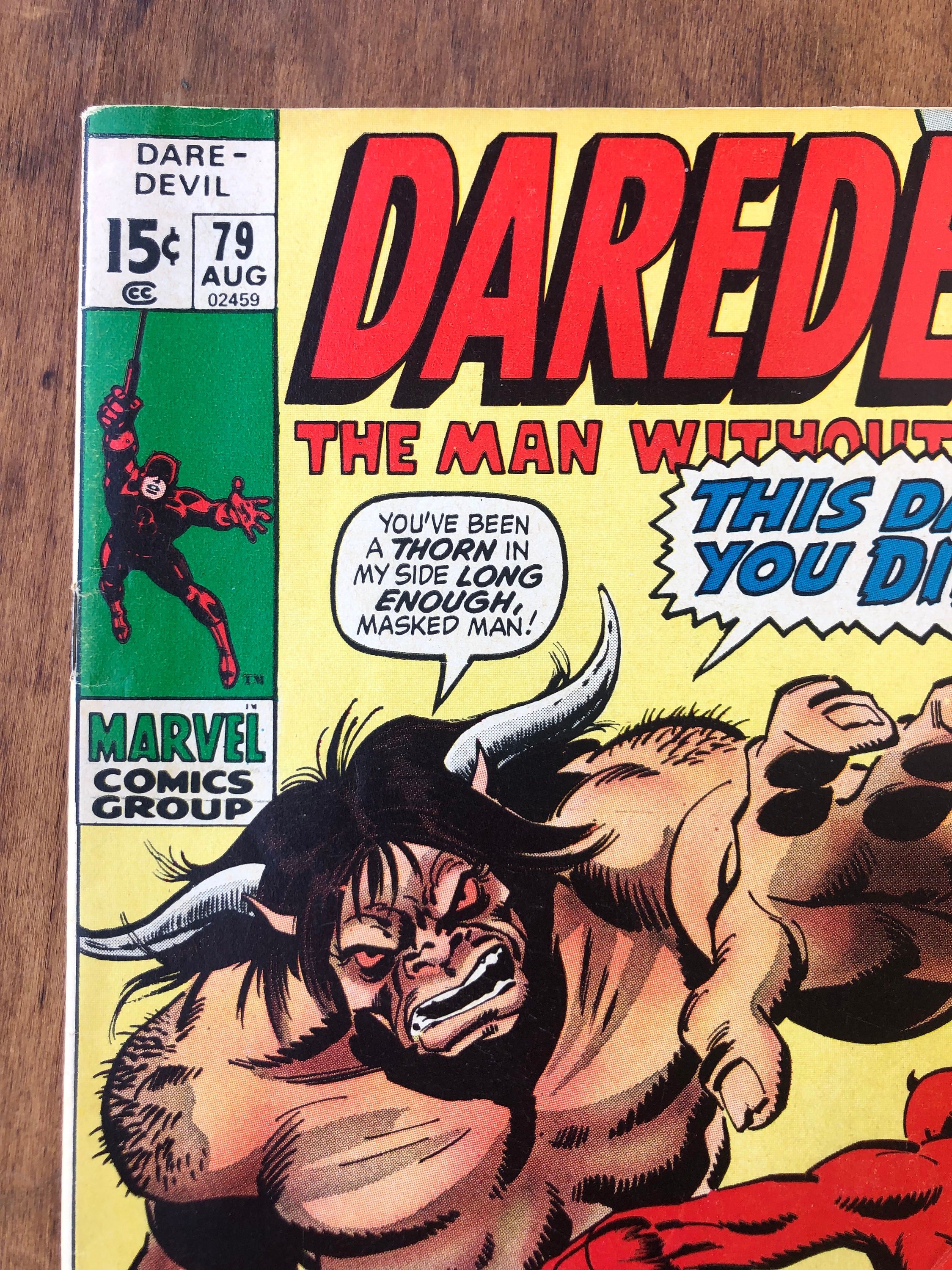 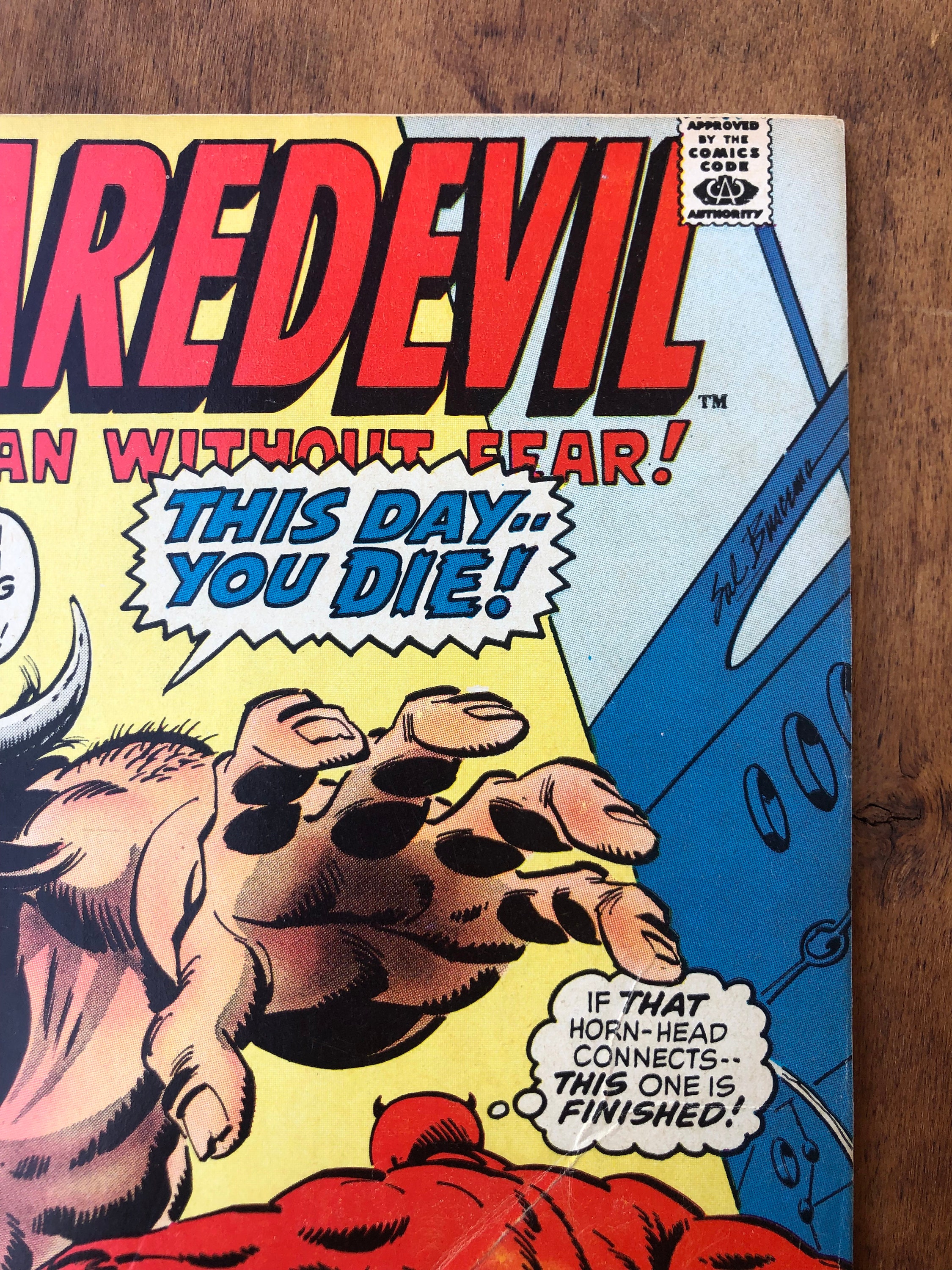 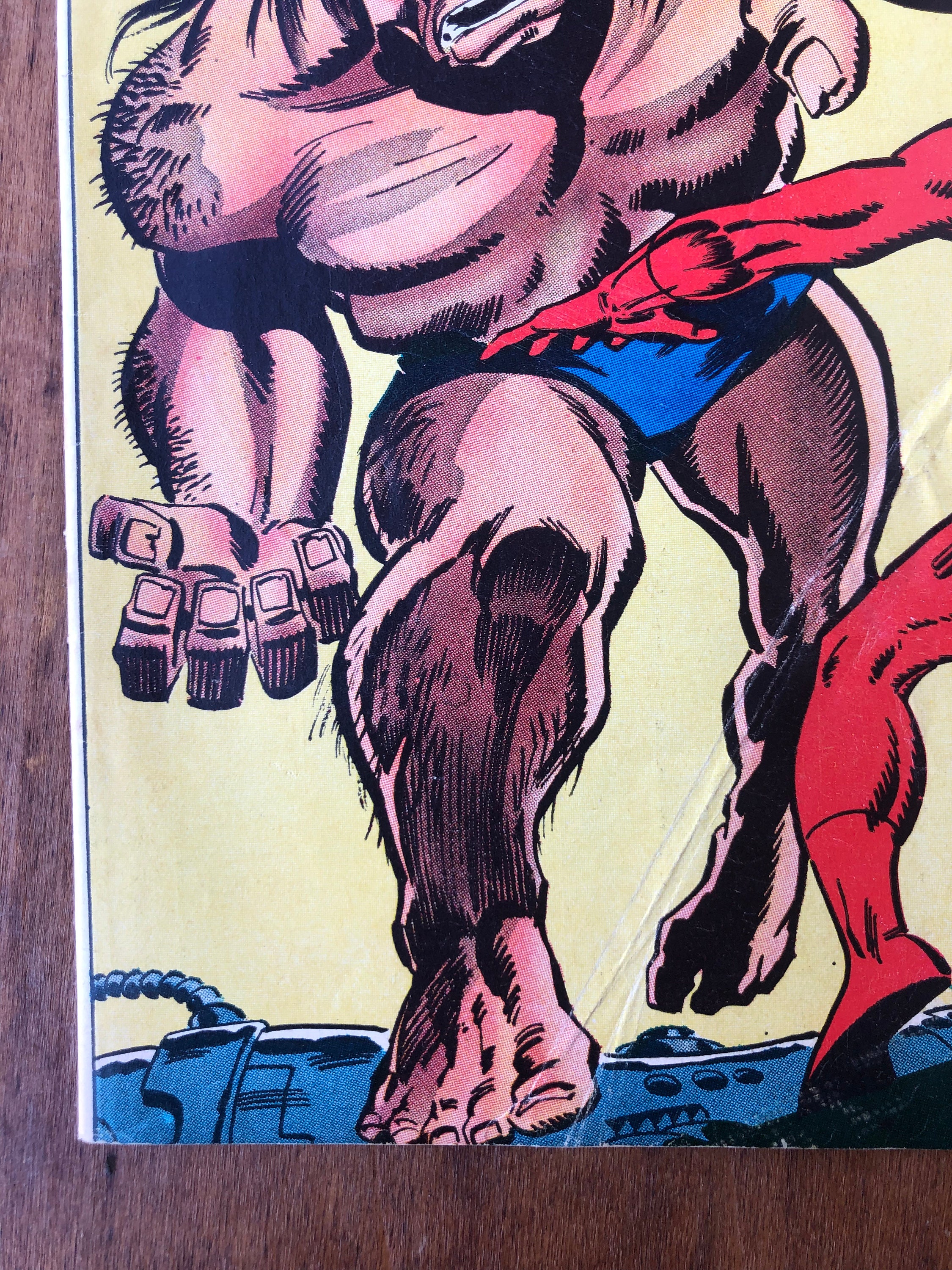 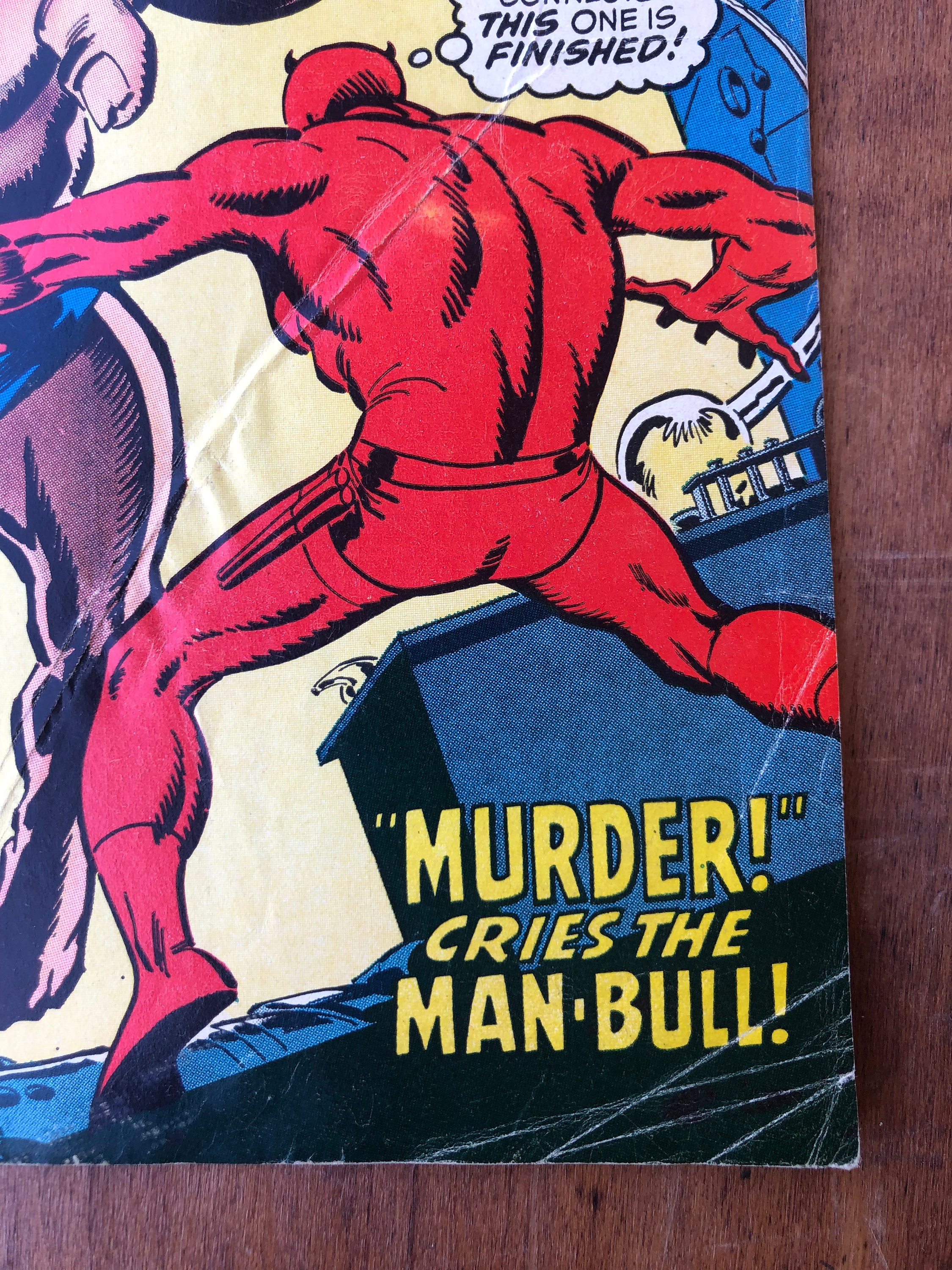 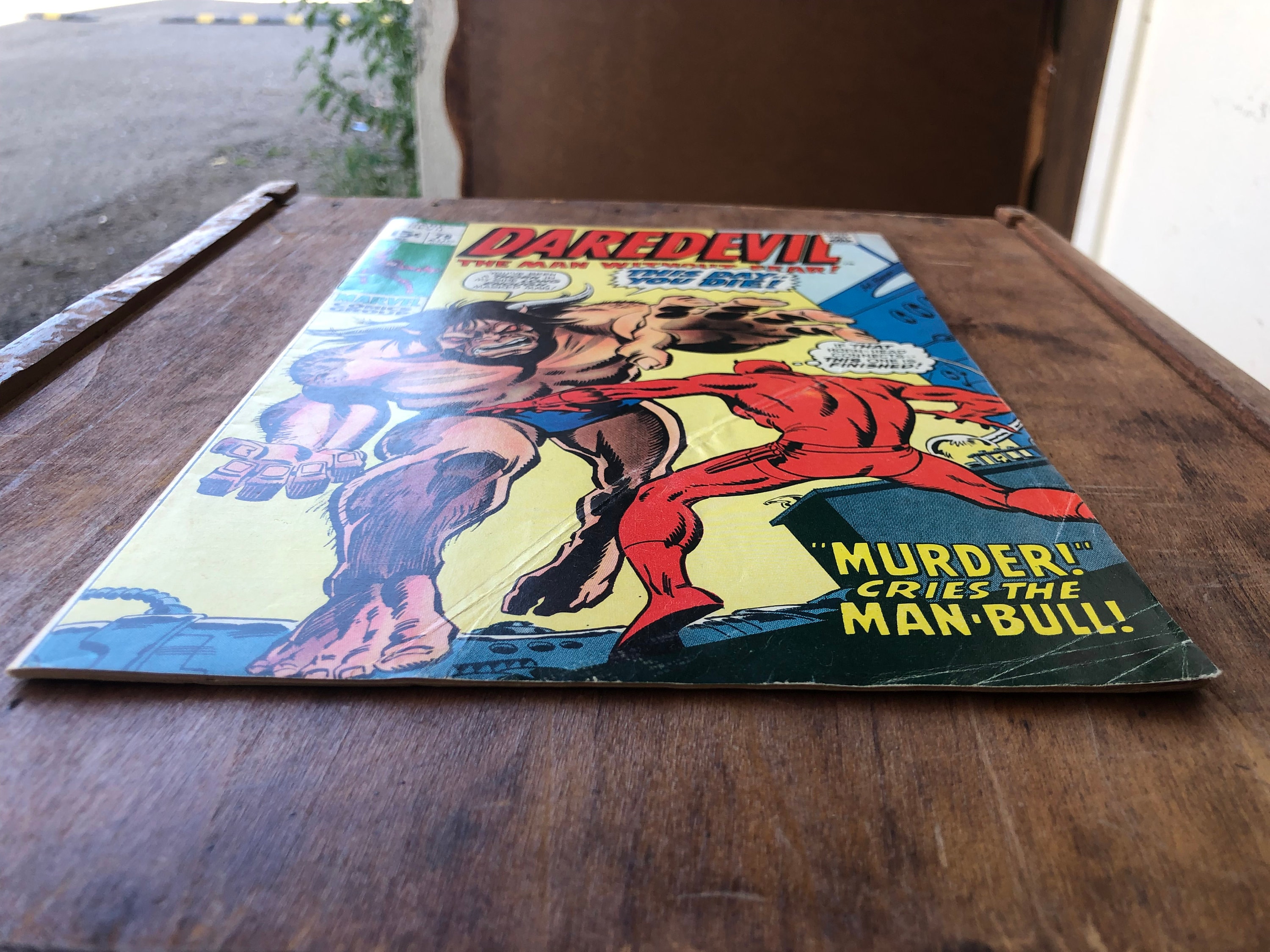 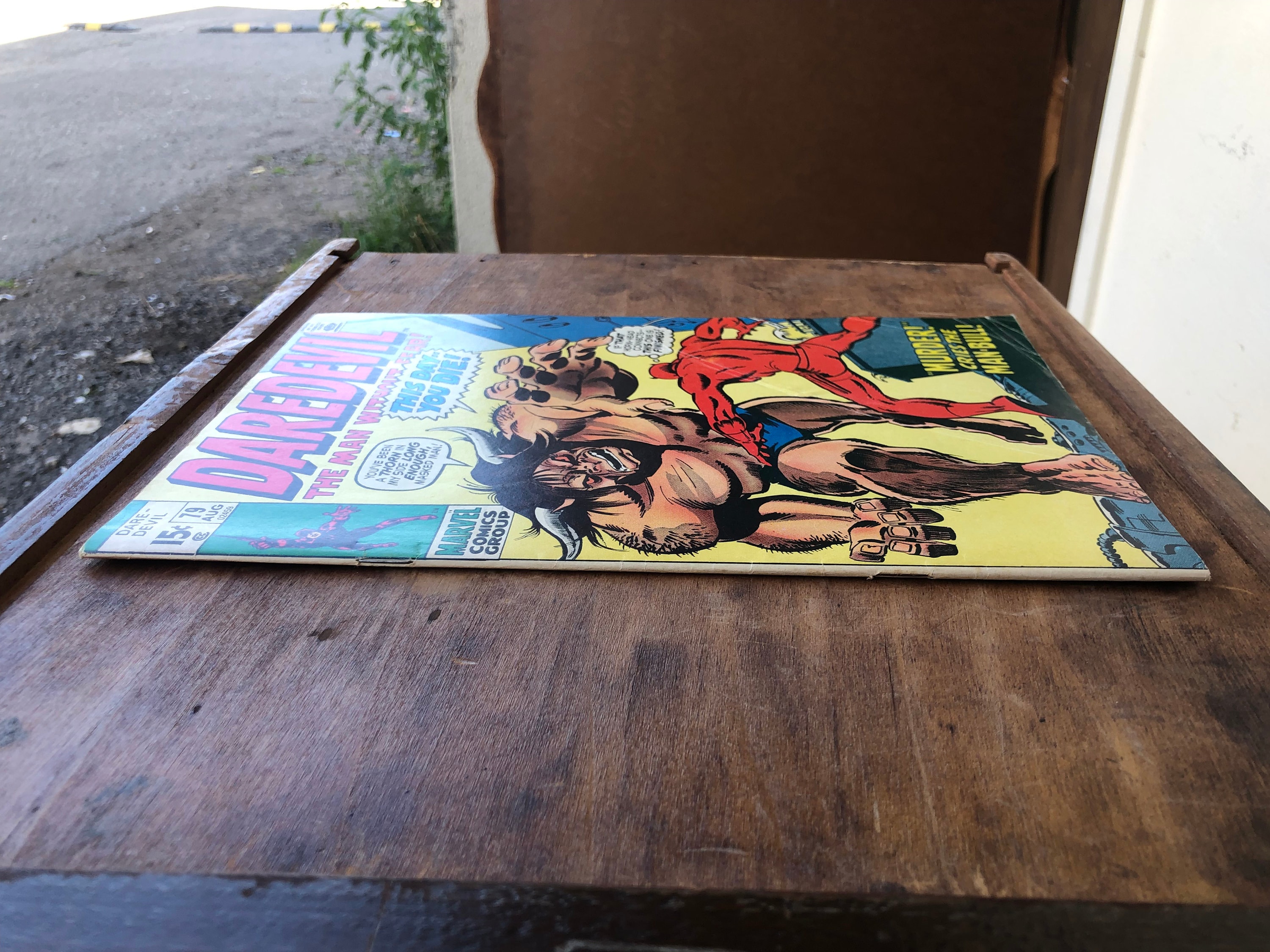 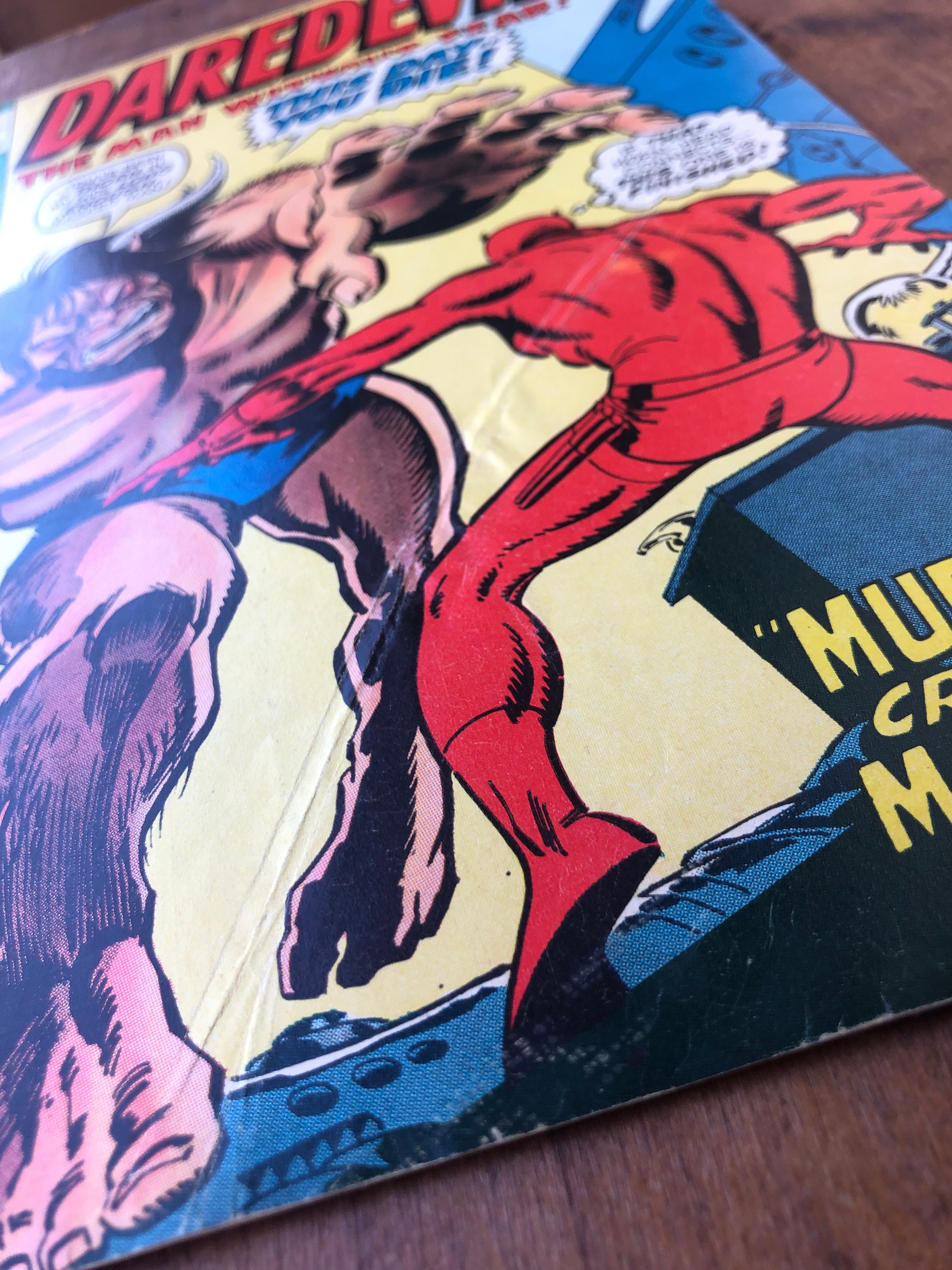 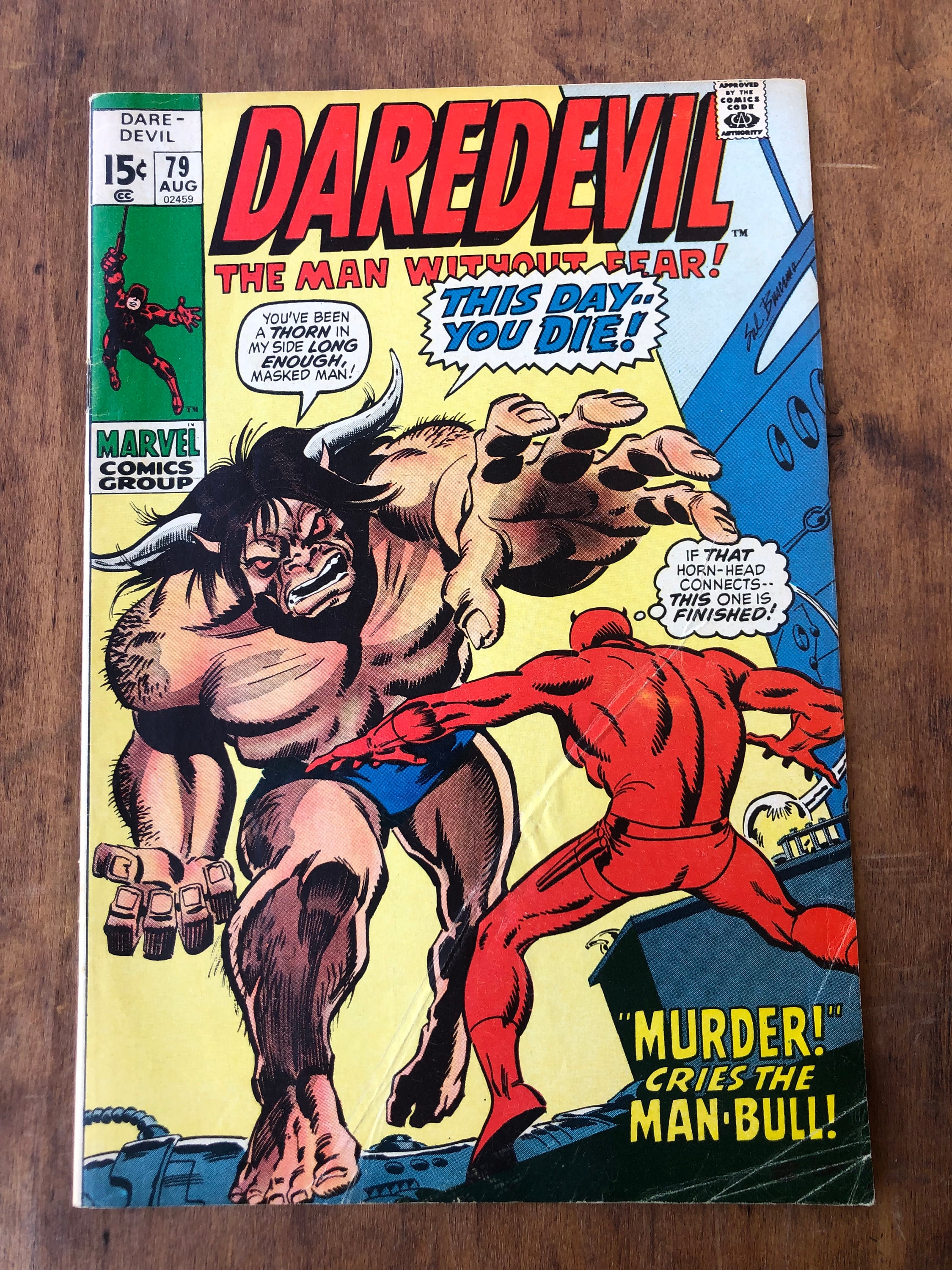 Here is a copy of Daredevil issue 79, released March 1972.
It is in used condition.
See pics for condition.


MURDER Cries The MAN-BULL!
Battling the newly powered Man-Bull, Daredevil is forced to retreat from the fight because he is no match for the Man-Bull or his men. Meanwhile, George and Dia Alec are captured by the Man-Bull's goons and taken hostage once more.
Foggy, lamenting over his ordeal in owing payments to the mysterious Mr. Klein is shocked to find that Karen Page is back in New York. Karen is upset because she feels that she has lost Matt Murdock forever, however their conversation is cut short when Mr. Klein calls to harass Foggy once more. After Mr. Klein checks on his creation, the Man-Bull, who at that time now has the Alecs prisoner.
Daredevil arrives to save the Alecs, and battles the Man-Bull across the city, until DD manages to trip up the Man-Bull and make the giant beast-man knock himself out. With the Man-Bull and his goons taken into custody, DD bids farewell to the Alecs