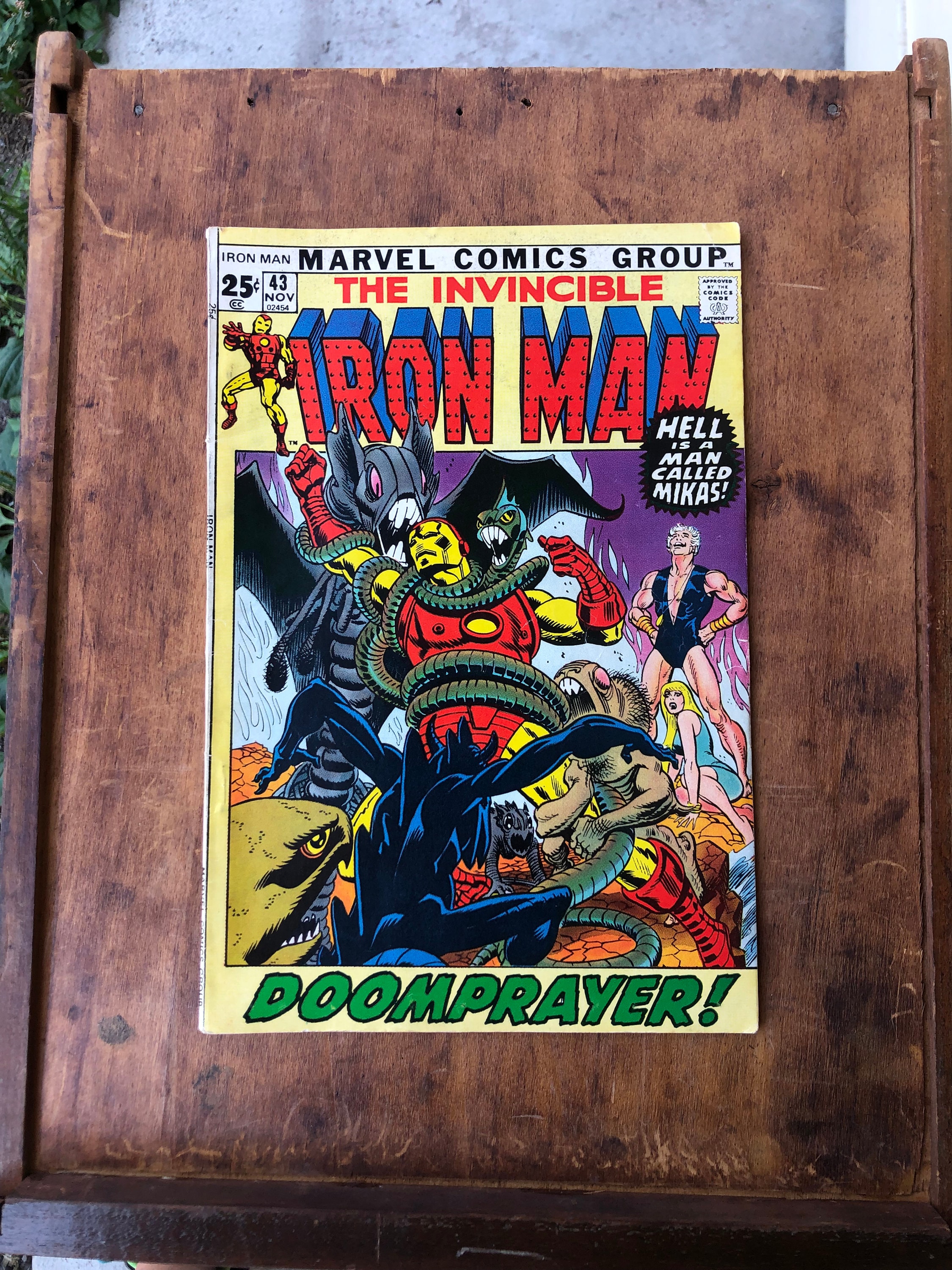 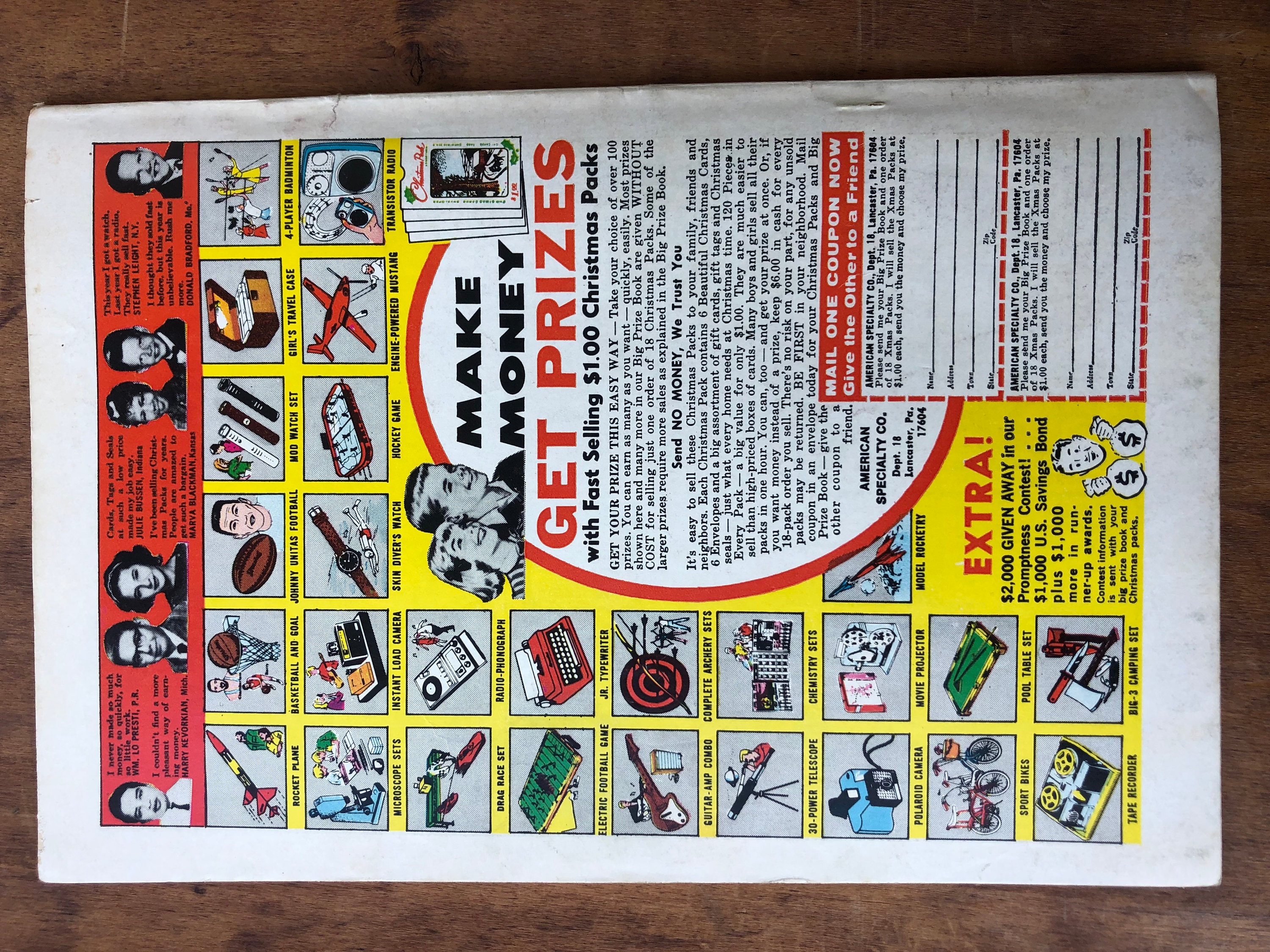 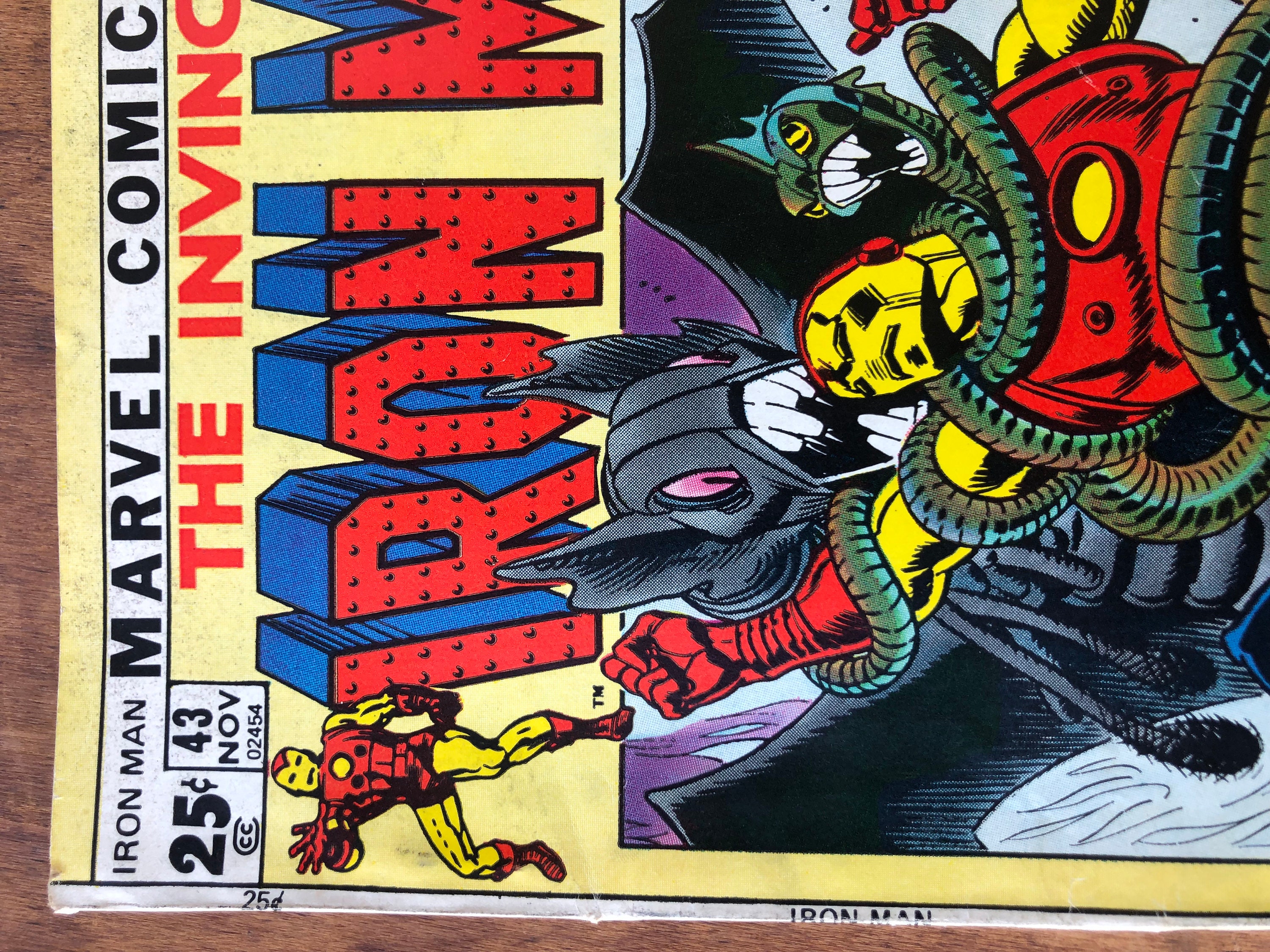 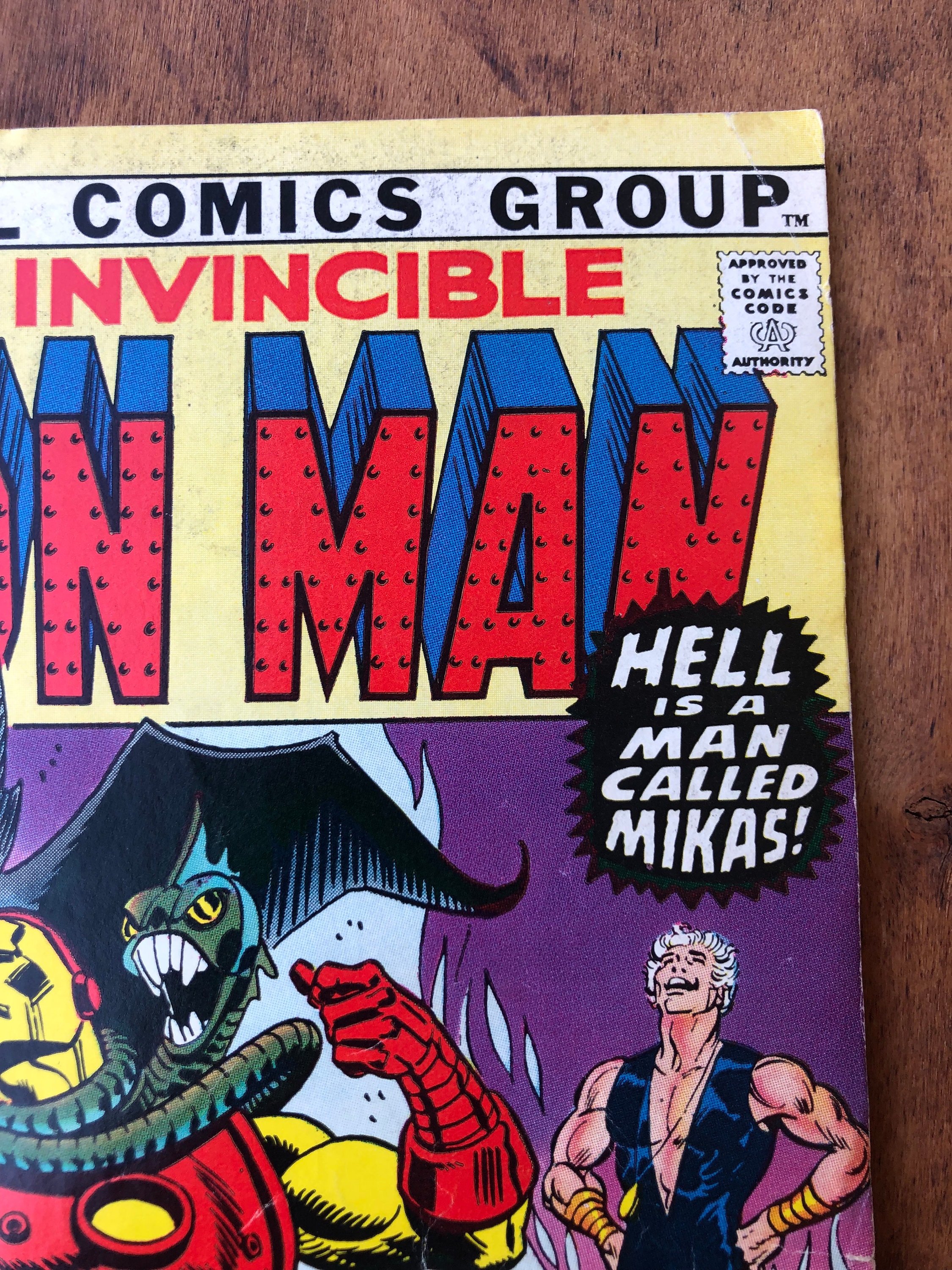 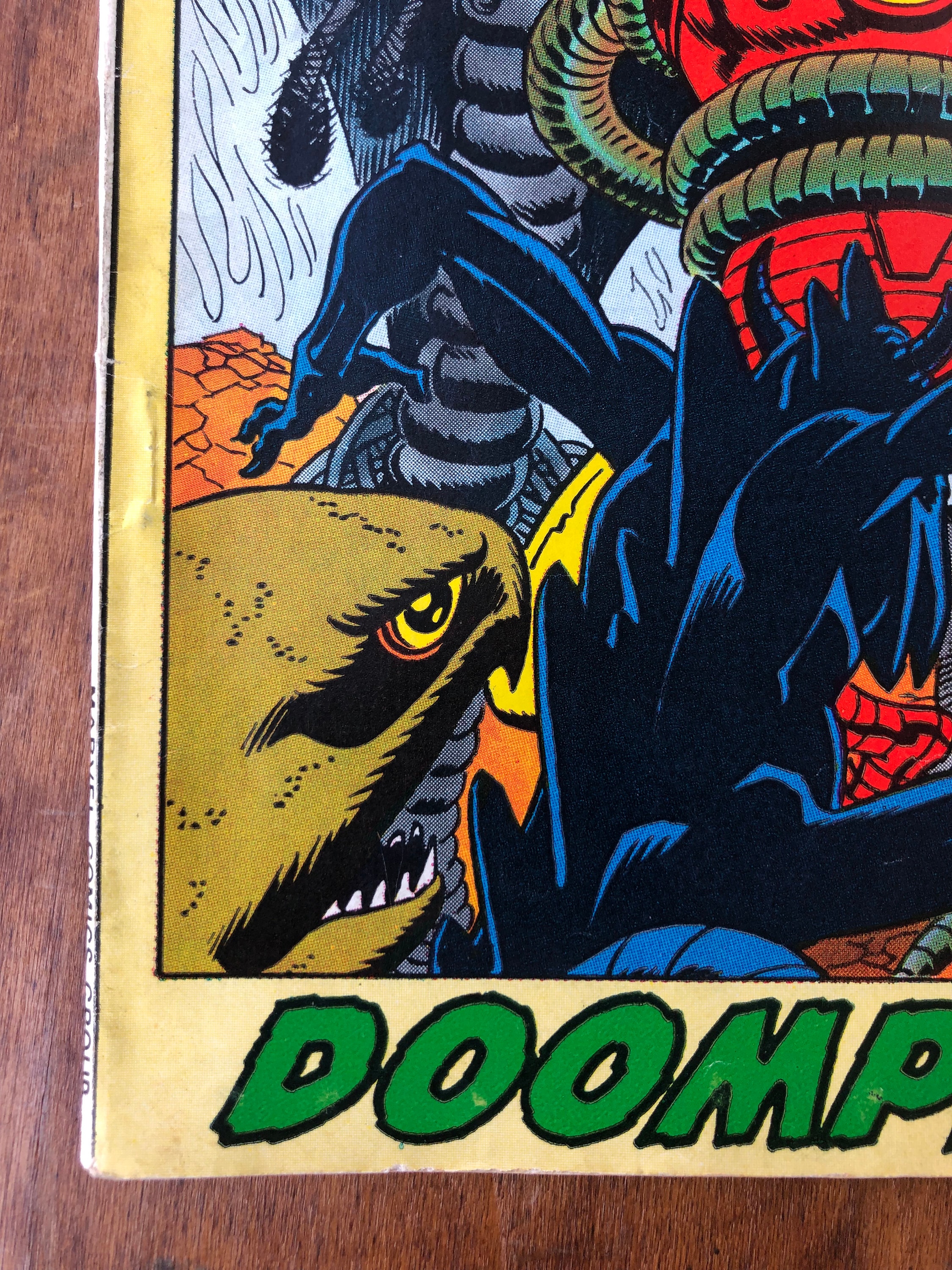 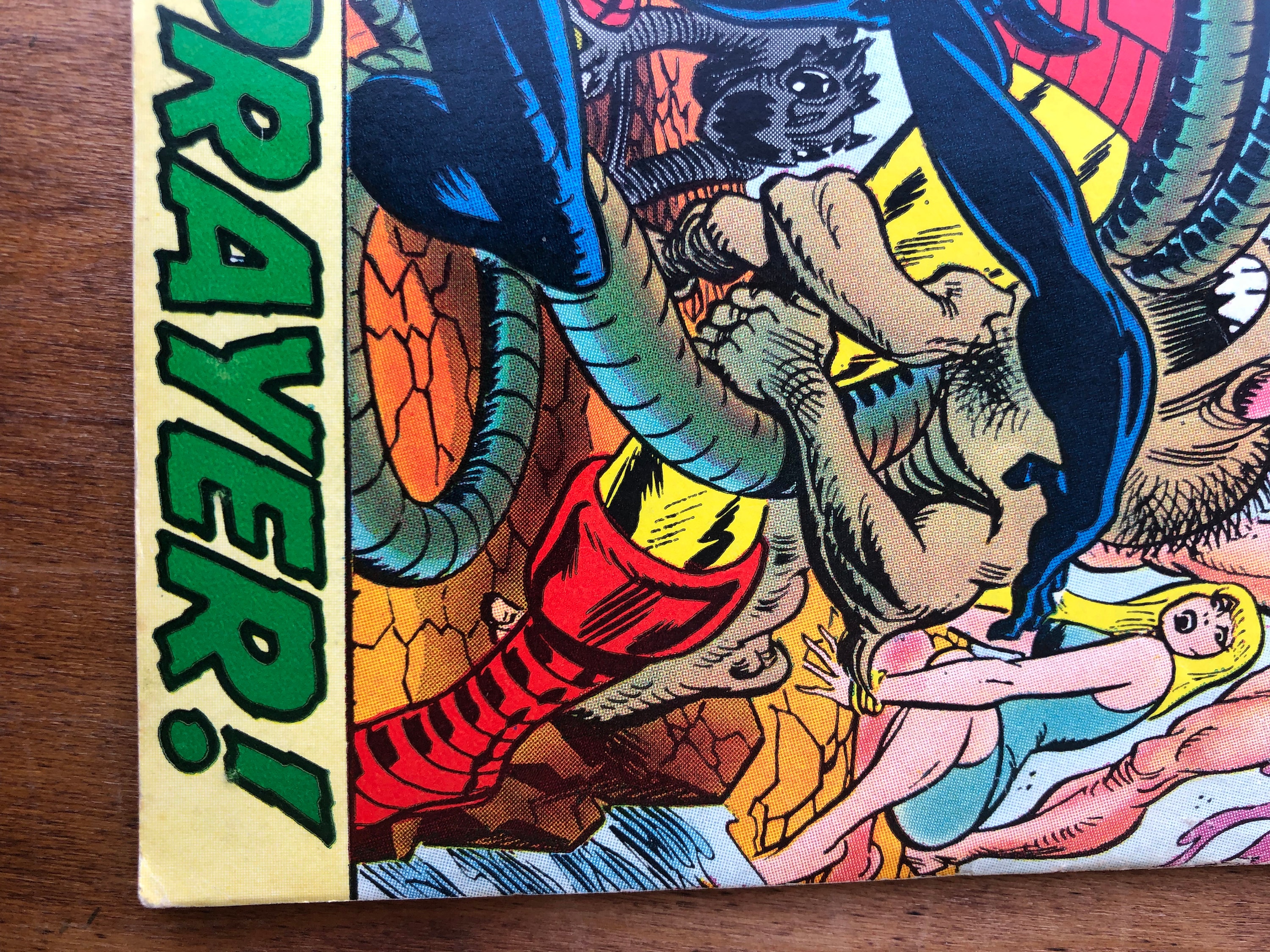 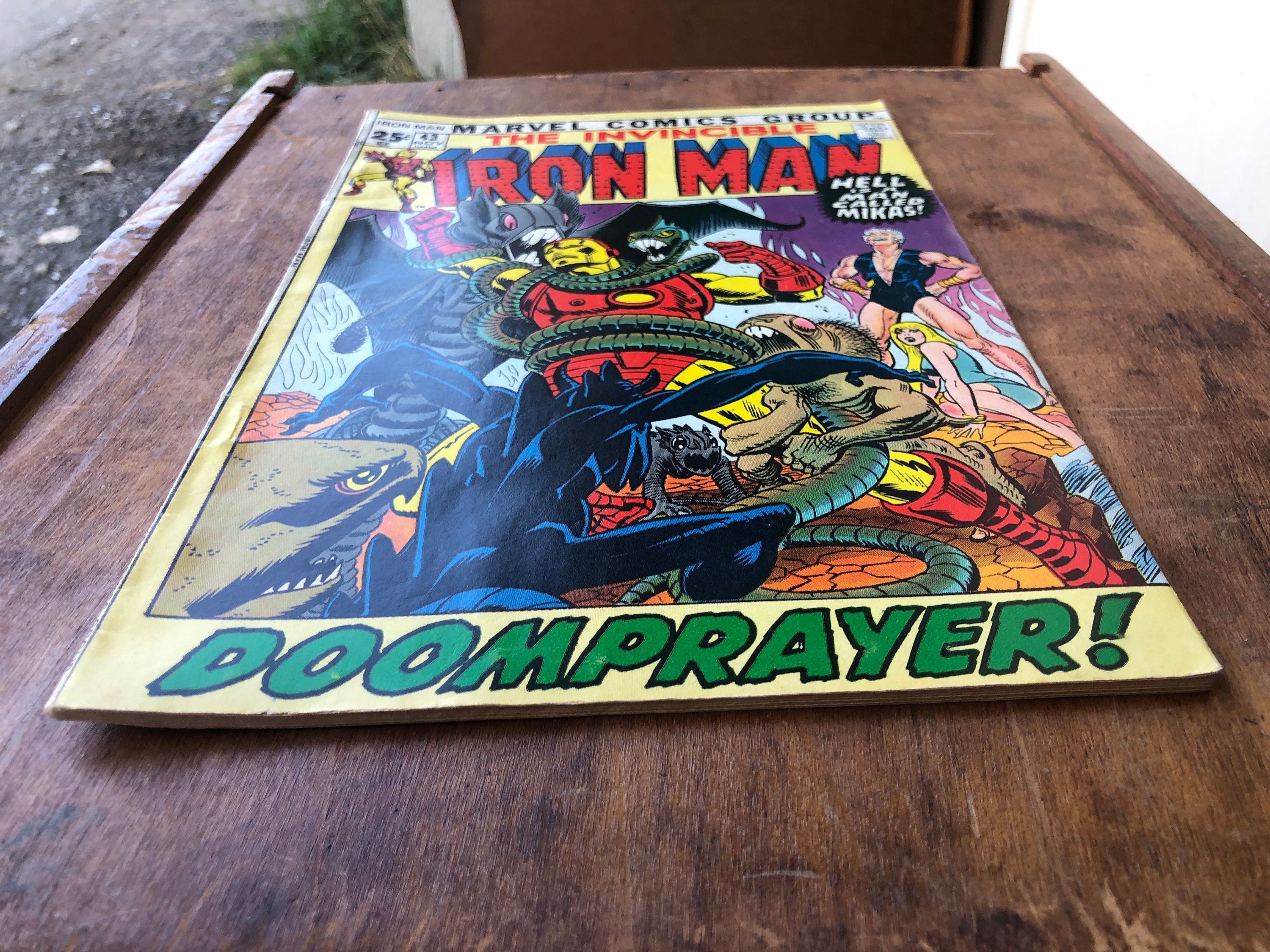 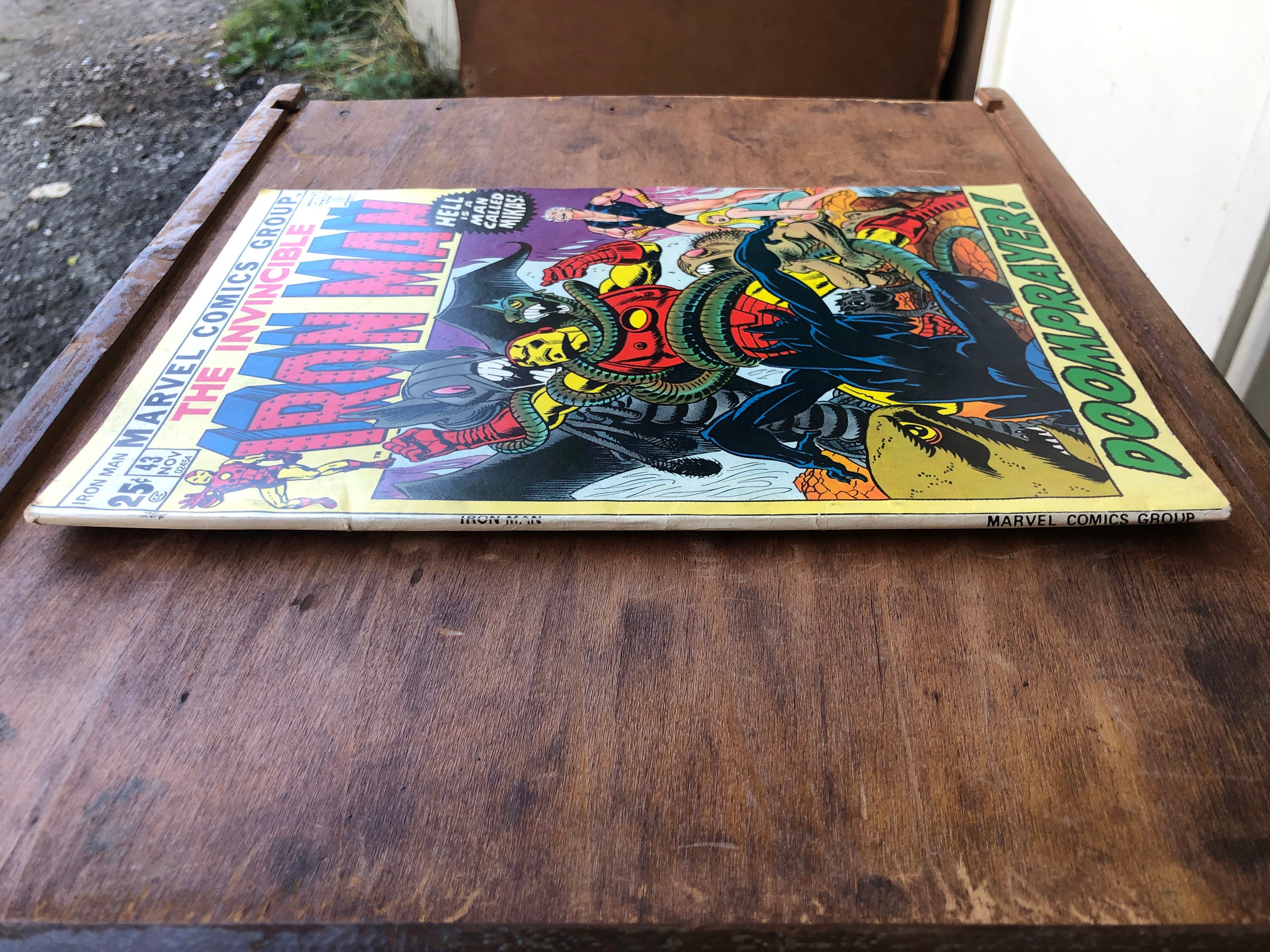 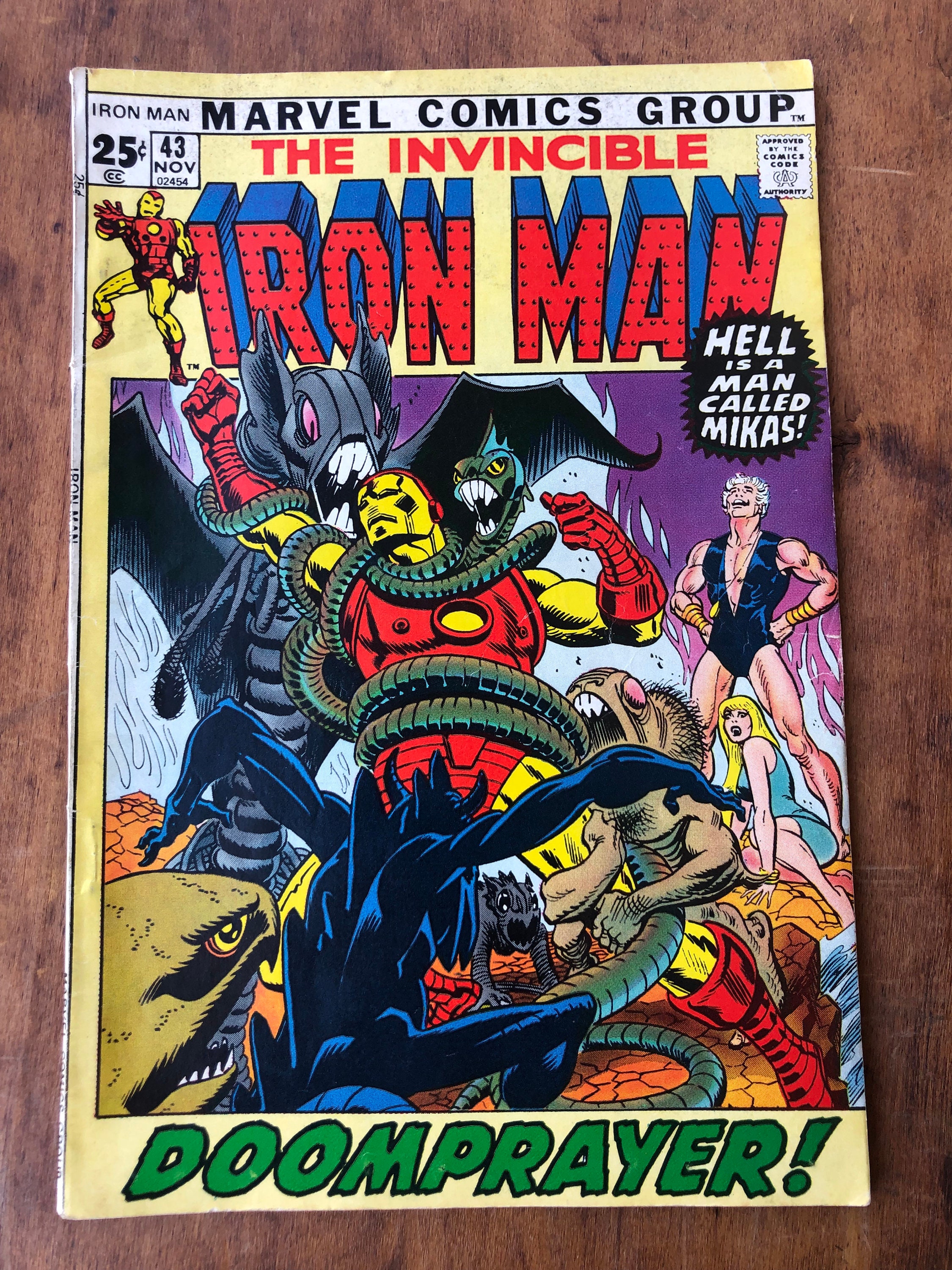 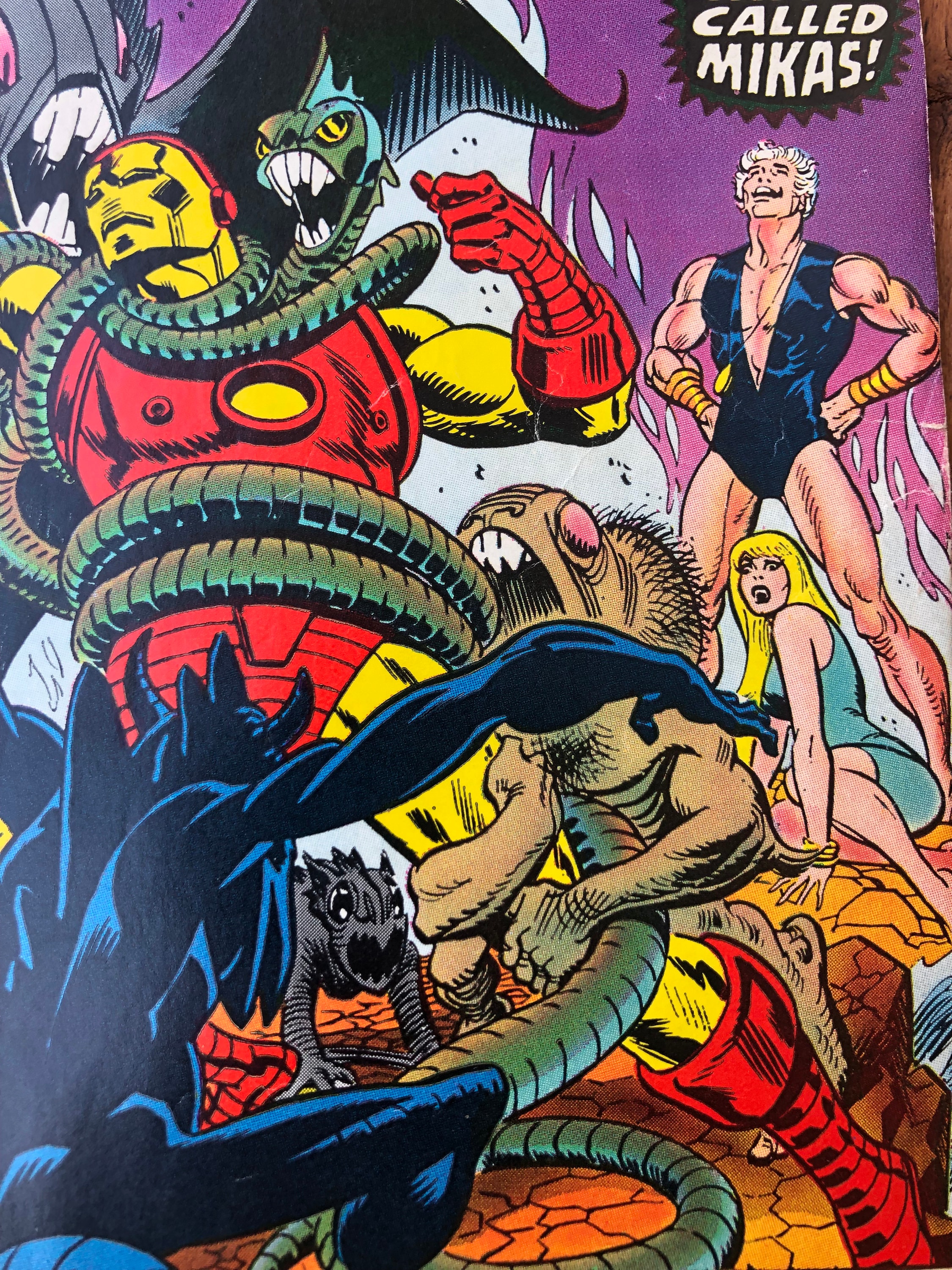 Here is a copy of Iron Man issue 43, released November 1971.
It is in used condition.
See pics for condition.

Mikas reveals that his master is Mr. Kline and that his true purpose is the destruction of Tony Stark. At Stark Industries, Kevin O'Brien is investigating Tony's disappearance. He dons the Guardsman armor which Tony made for him in case of an emergency and enters a rocket craft to fly to Washington. In Mikas' realm, Iron Man tries to get Marianne to assist him, but she doesn't seem to recognize him. As Mikas gloats, Mr. Kline's image appears to remind him that he is the real master. Mikas overpowers Iron Man and beats him to the ground. Iron Man calls out to Marianne for help and she begins to waver. When Mikas tries to assert his control over Marianne he turns her against him instead. As Marianne tries to help the fallen Iron Man, Mikas sends them to a palatial locale and they find themselves over a pit containing the immense snake Doomprayer. Iron Man unleashes all the power he has left to destroy both Mikas and Doomprayer, then collapses. While Marianne clutches Iron Man's body, the Guardsman arrives, brings Iron Man and Marianne aboard the rocket craft and remarks that the seeming-demon realm they were in was only a set; he turns the craft back toward New York.