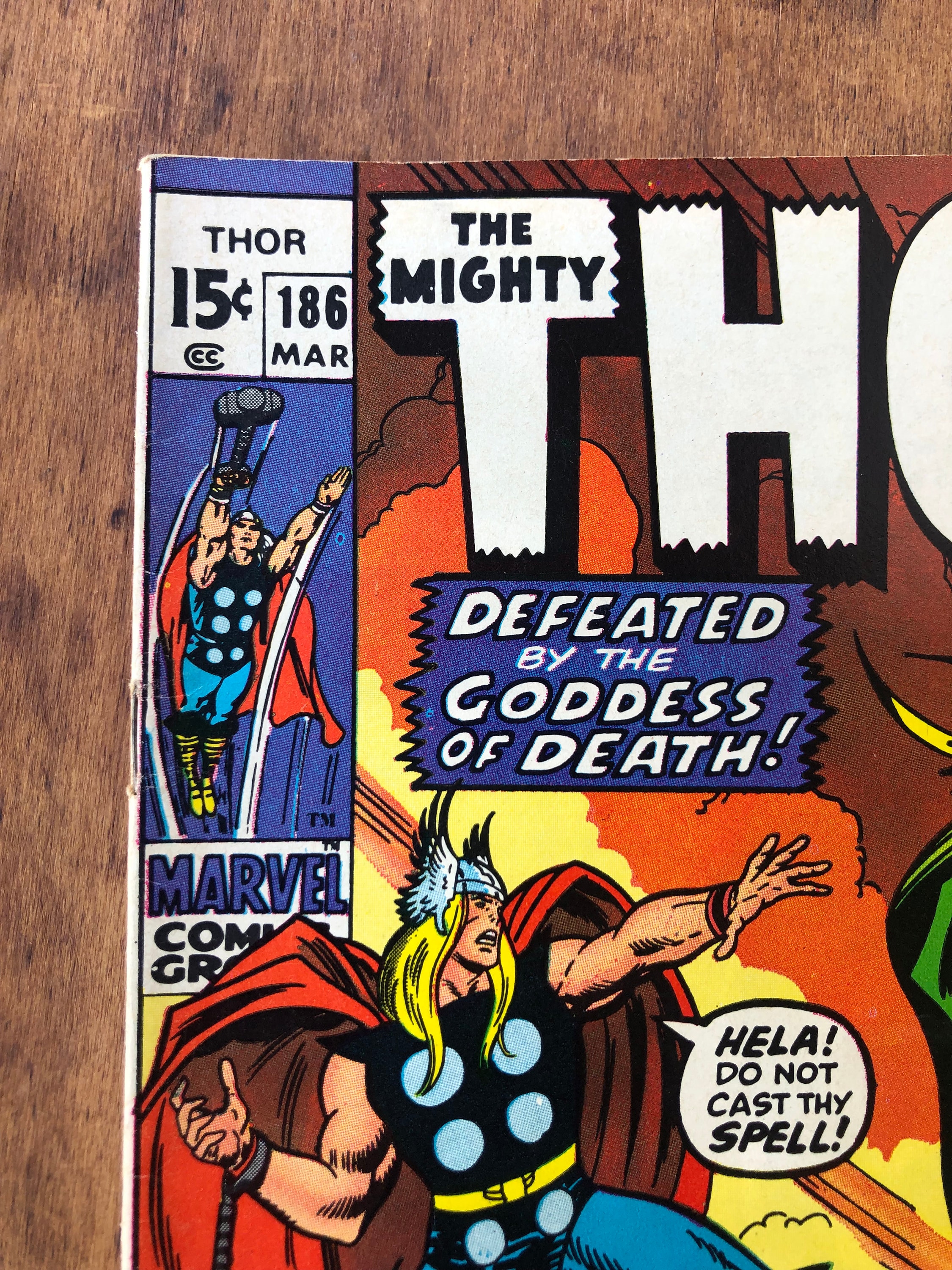 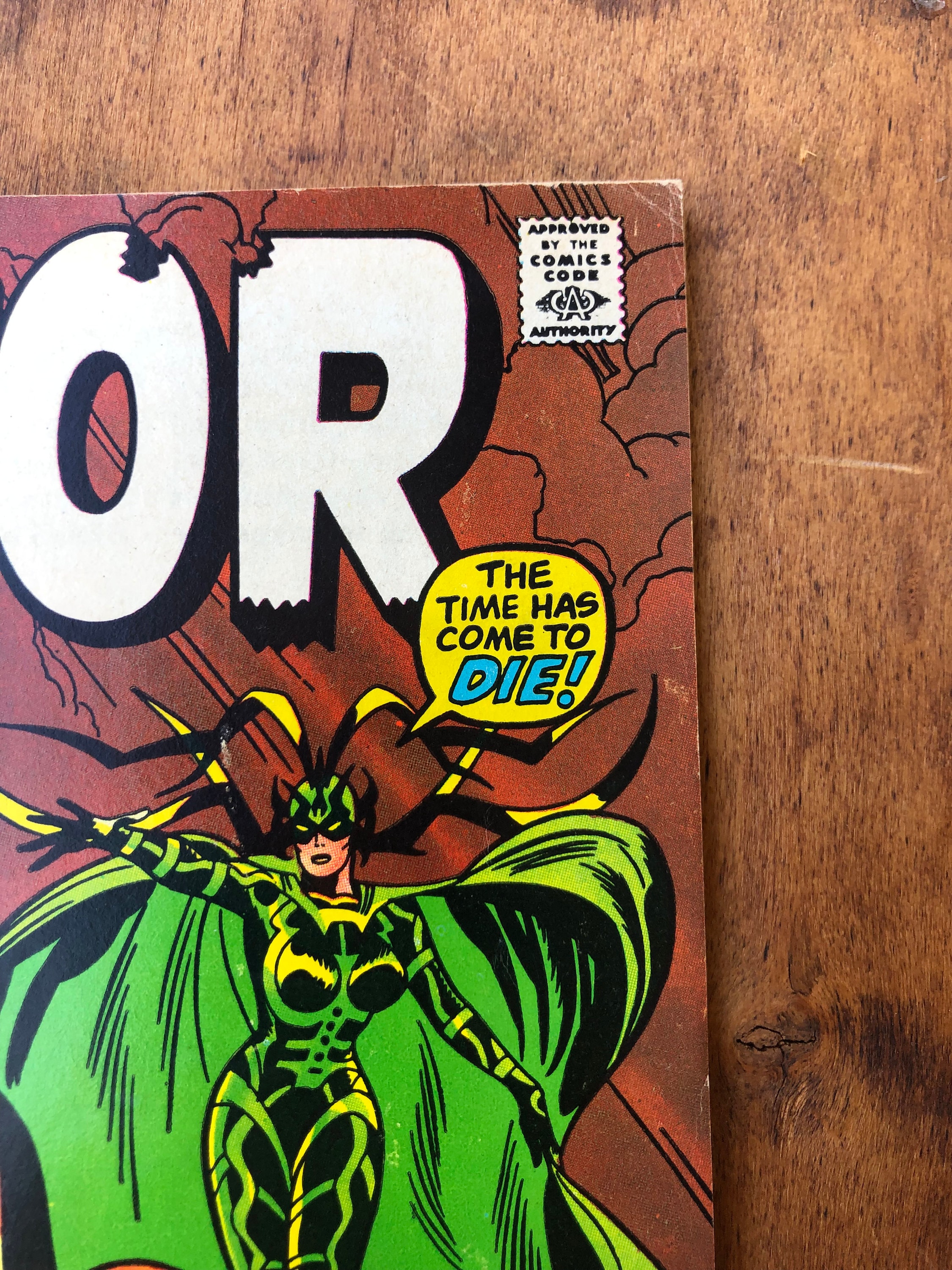 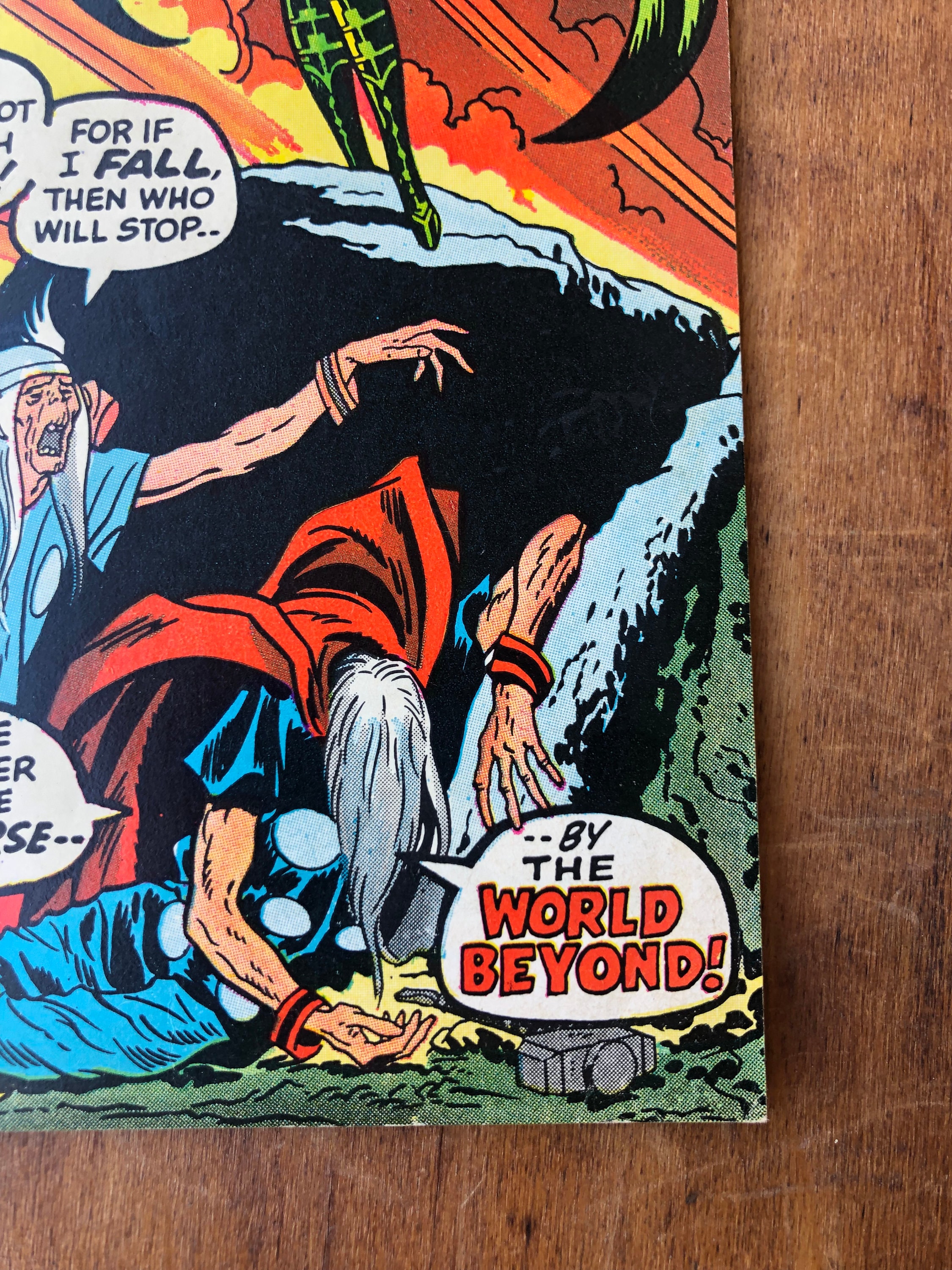 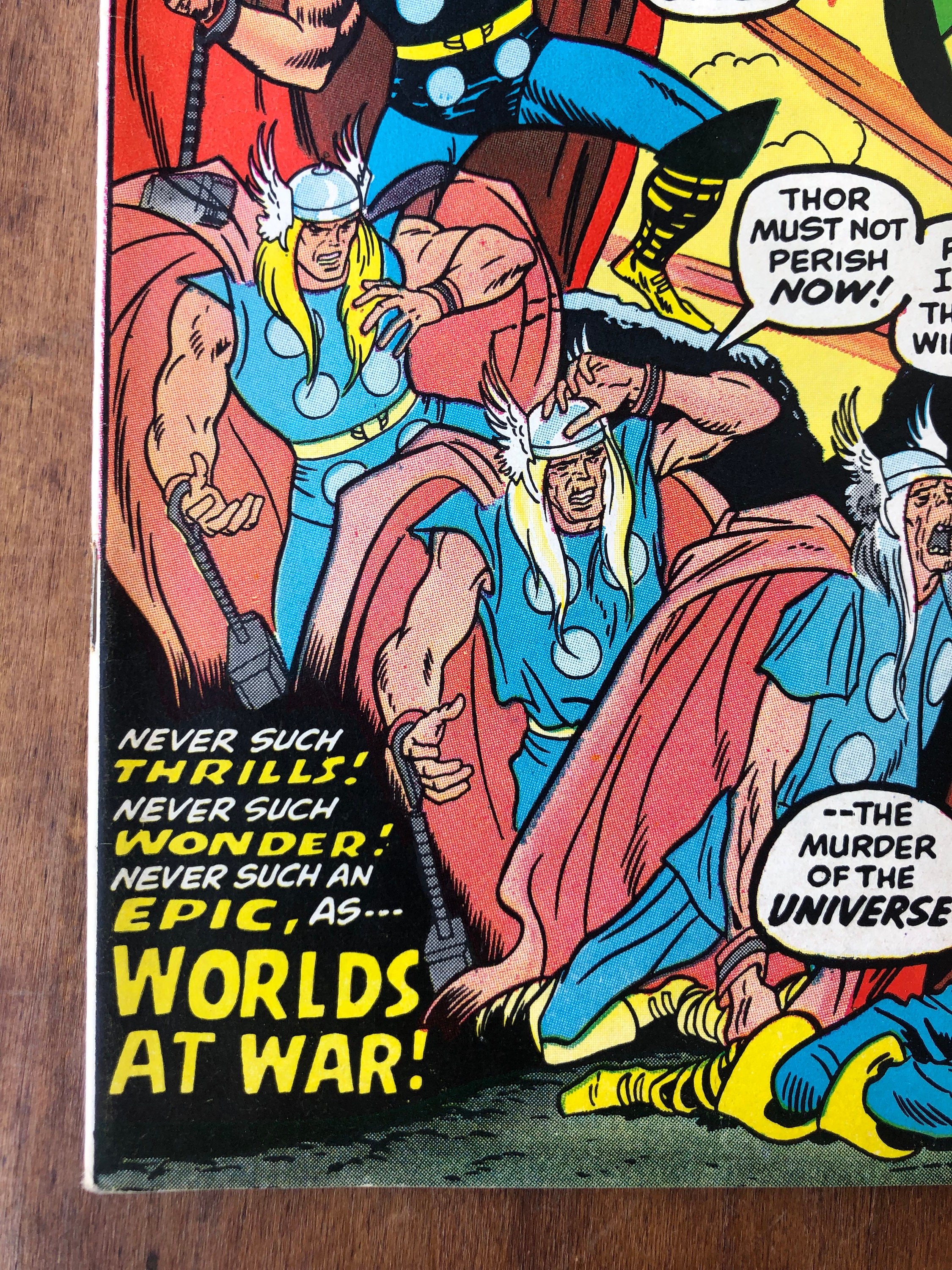 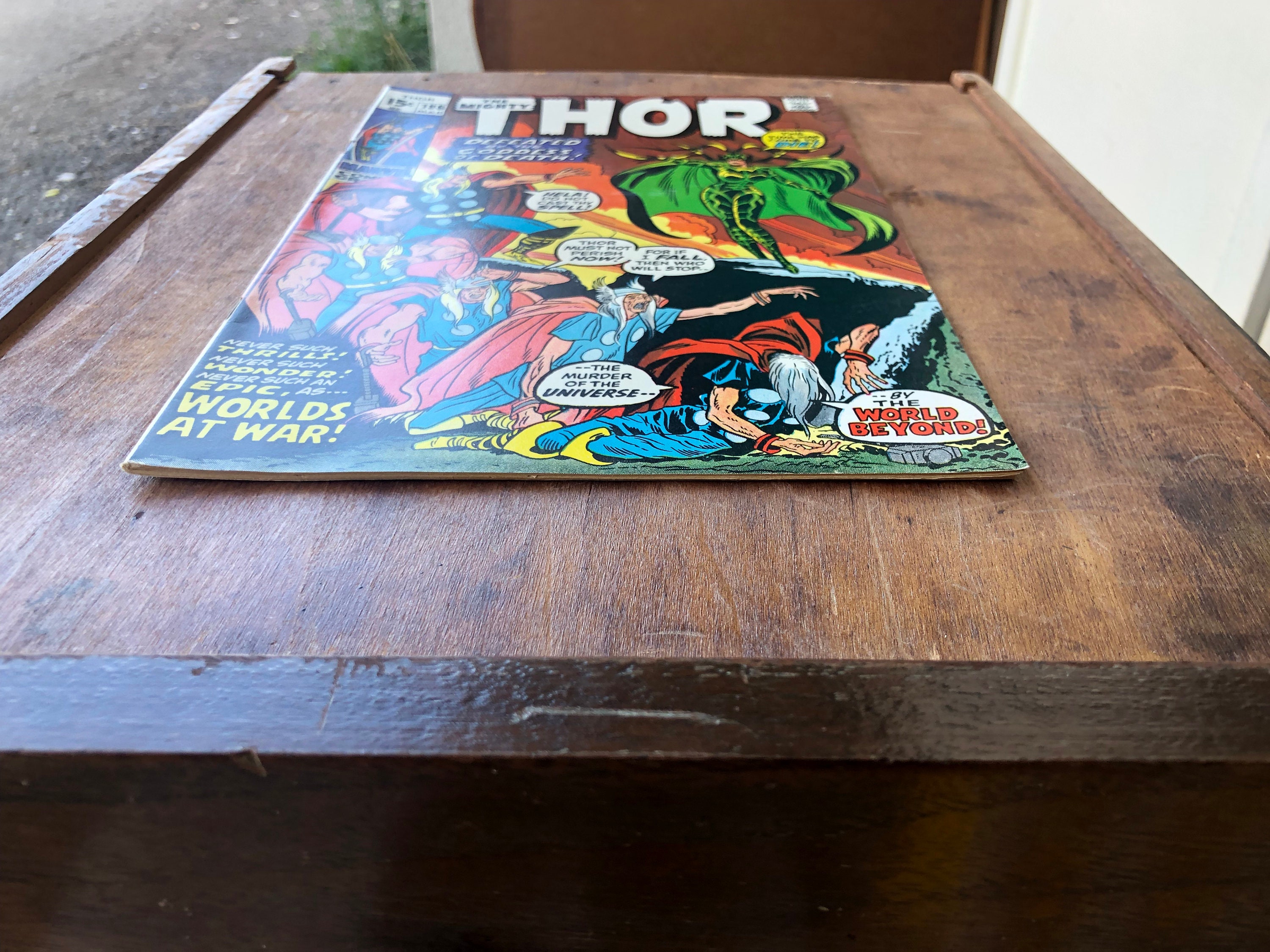 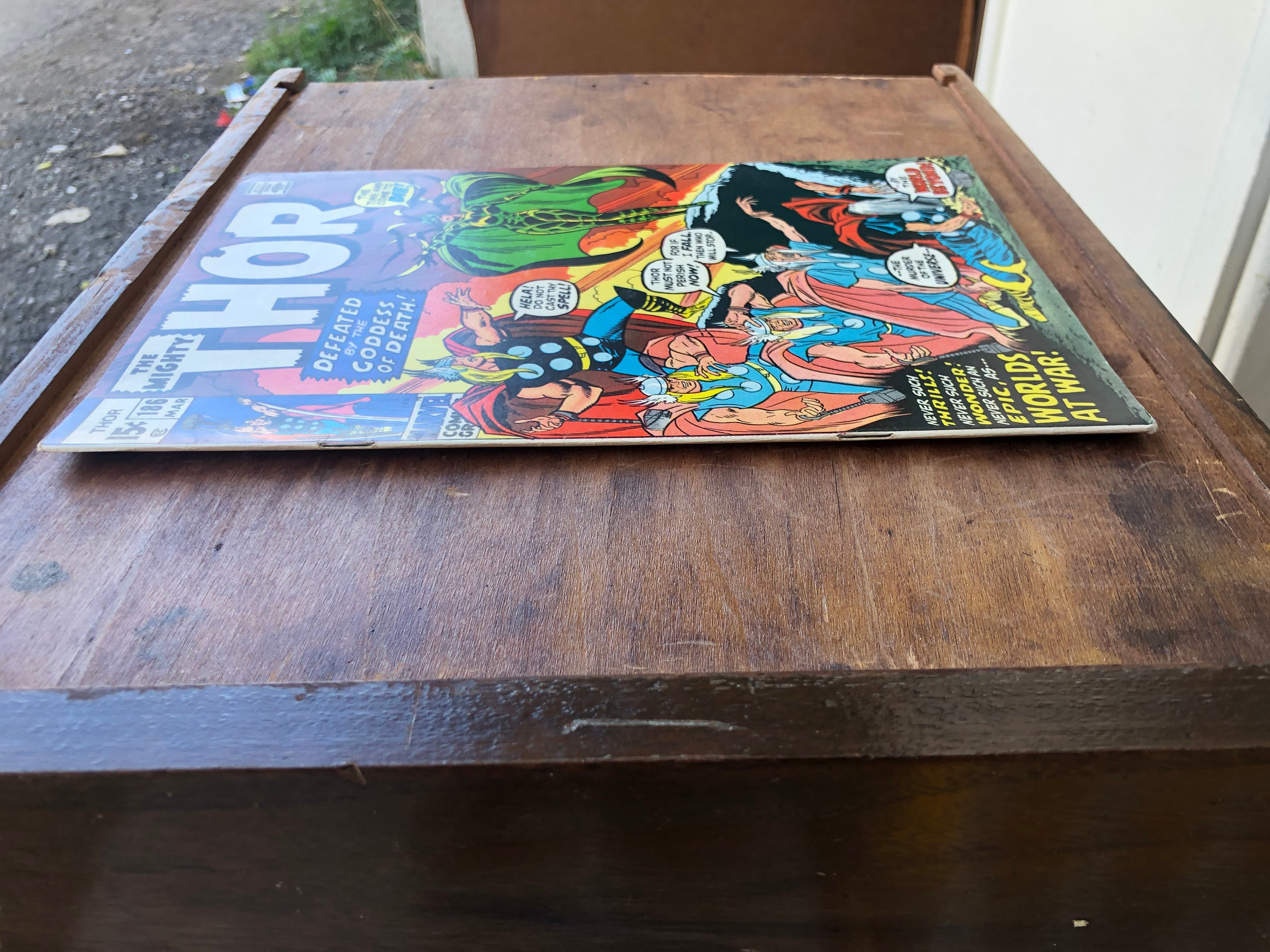 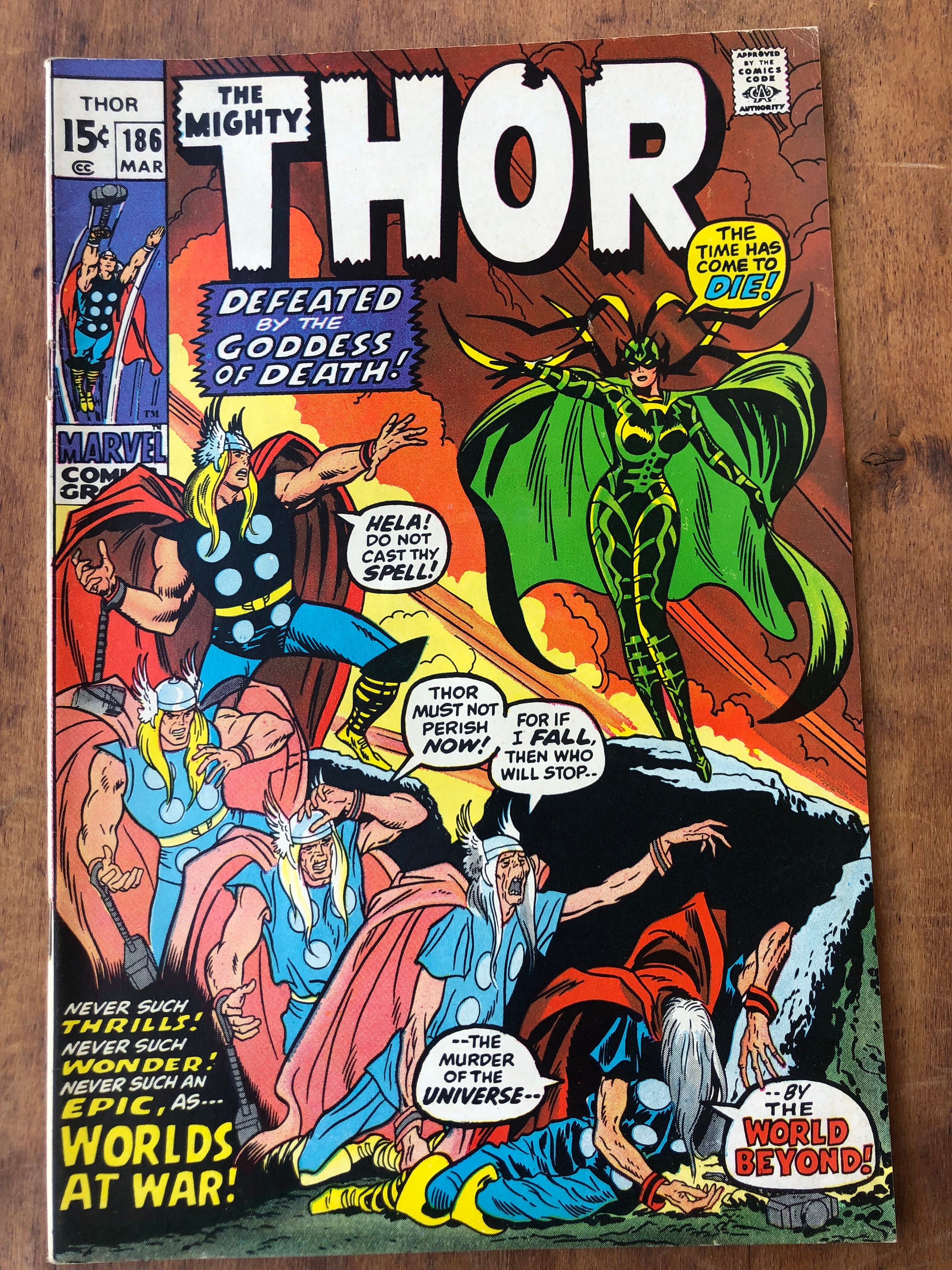 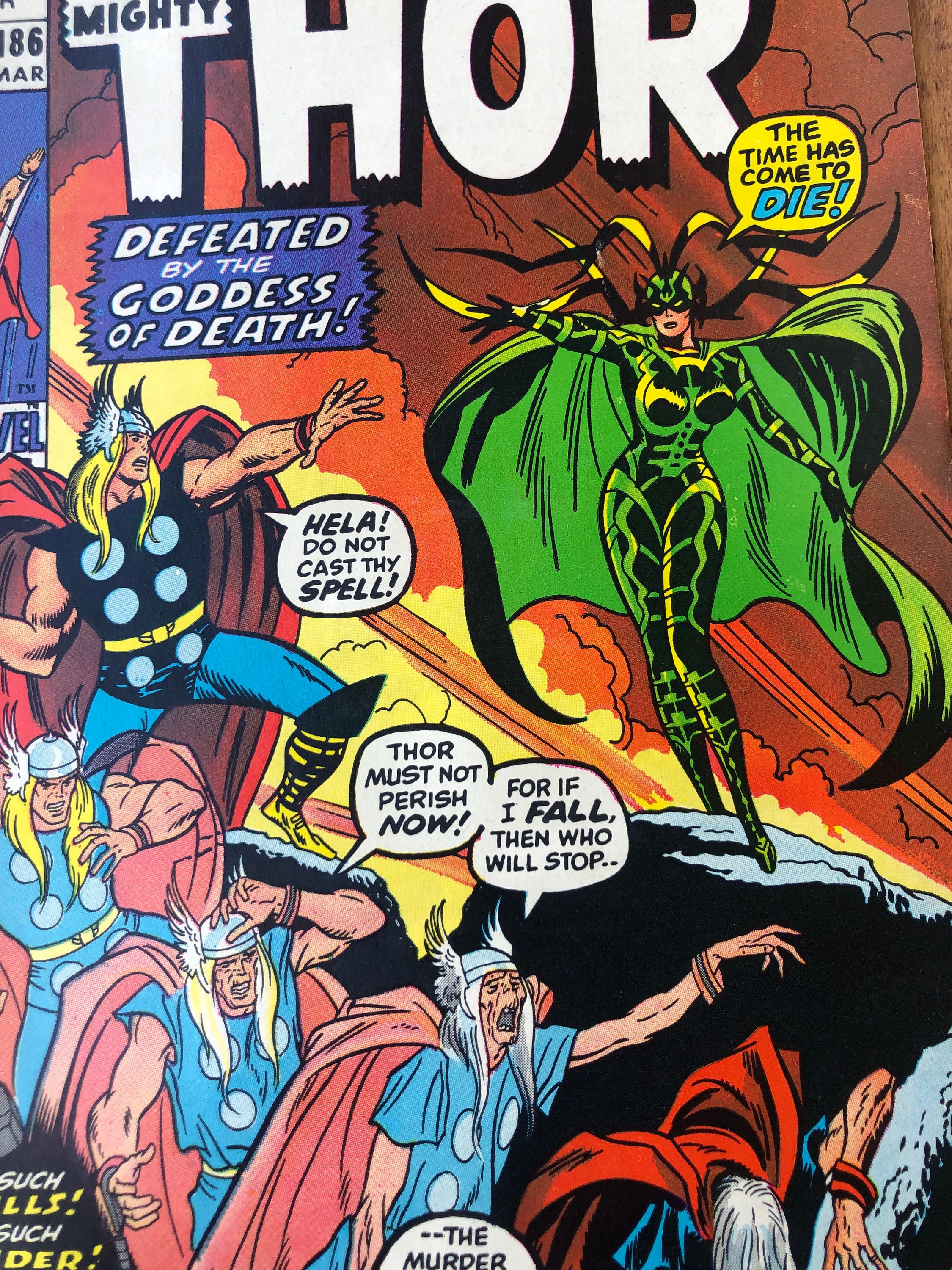 
Worlds At WAR!
Odin continues his struggle against Infinity, which is turning out to be a losing battle. When he hears the cries of panic from Thor, who has reverted into his form of Donald Blake when his hammer was lost in battle. Taking the previous focus off of Infinity, Odin uses his magic to return Thor's hammer to Blake, allowing him to change back into Thor and battle the Guardian of the World Beyond.

Thor continues to battle the Guardian and manages to best him in battle. However, the Guardian has revived thanks to being fed power from Infinity. Thor manages to defeat him by creating a vortex with his hammer to block the flow of energy to the Guardian, leading to the creature's defeat.

Venturing further into the realm and finding the Silent One and Odin, Thor once more raises hostilities toward the Silent One. Still, Odin stays his hand, telling Thor that the Silent One has an important role in defeating Infinity. As Odin rejoins the battle against Infinity, Thor continues to follow the Silent One's guidance deeper into the World Beyond. While back on Earth, the continued spread of Infinity is causing untold damage and chaos around the planet. And in Asgard, the Warriors Three -- still in Infinity's thrall -- break free from their cells and attempt to pull the Odinsword out of its scabbard. They are stopped by the combined efforts of Sif, Balder, and the warriors protecting the sword. However, it may all be for naught, as the chaos caused by Infinity's wake is also starting to create environmental chaos even in Asgard.

Back in the World Beyond, the Silent One has led Thor to Hela, who tells Thor he is part of a mystical master plan. When Thor refuses to accept his death, Hela uses her entropy powers to make Thor wither into old age. She then departs to leave the Thunder God to die. However, the Silent One foils this plan by giving up its life force to revive Thor to his full strength.

At the peak of his powers, Thor ventures toward Infinity to try and find a way to destroy it once and for all, and is horrified when Odin attacks him directly and reveals that he, too, is now under the thrall of Infinity.