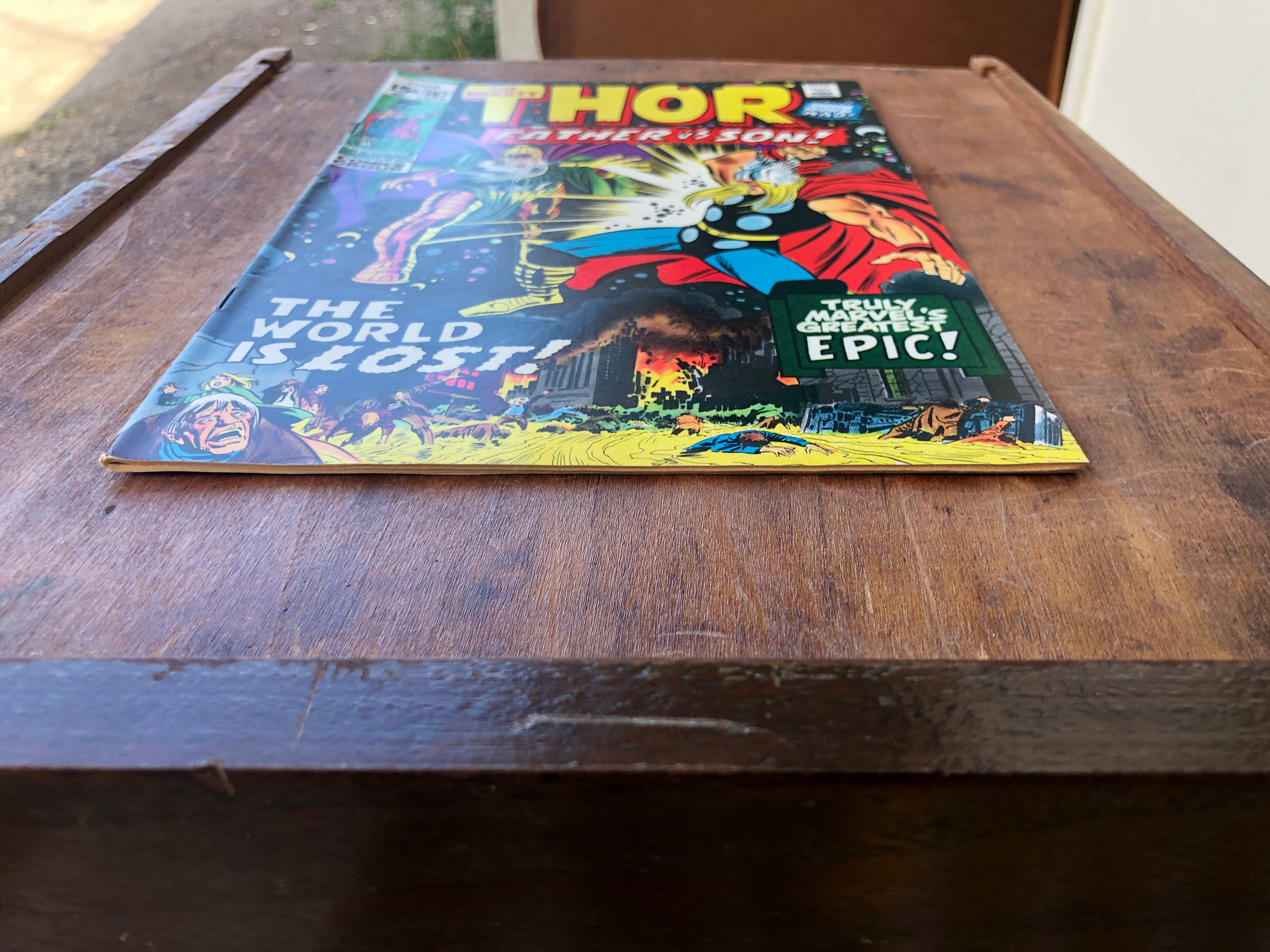 
The World Is LOST!
Thor is horrified to find that his father, Odin, has now been taken under the control of Infinity. This creature threatens to destroy the entire universe, just after Odin learned the being's secret identity. As Thor is forced to battle his father, Infinity continues to consume the entire universe, one planet at a time, causing intergalactic upheaval.

On the planet Earth, total environmental chaos has happened, causing the entire populace to panic and war to erupt all over the globe. While in distant Asgard, the Great Vizier tries all methods available to keep the Odinsword from exiting its scabbard. With faint hopes everywhere, Balder and Sif decide to travel to the land of the Norns to seek the aid of Karnilla to see if her mystical might can help their cause. After being ambushed by some Trolls, they are rescued by Karnilla, who agrees to help out because it would put Balder in her debt.

When they arrive in Asgard, they have Karnilla attempt to break Infinity's spell on the Warriors Three. However, she fails to do so alone. When Loki is spotted, Sif appeals to his sense of self-preservation to combine his magical power with Karnilla's. The two mystics manage to free the Warriors Three from Infinity's mind control. With the Warriors Three free, Fandral regretfully informs Sif that Thor had died at the hands of Hela, unaware that Thor managed to escape this fate.

Thor soon arrives, and everyone but Loki is happy to see that the Thunder God is still alive. Needing to know the secret of Infinity, Thor locks himself in Odin's chamber with the Great Vizier to try and unravel this mystery, ordering Sif, Balder, and the Warriors Three to guard the door. However, instead of approaching it with the mind of a god, he will approach the problem with the mind of a mortal and change back into the form of Donald Blake. Blake has the Vizier show him all the information about when Odin was in the Odinsleep in the Sea of Eternal Sleep.

Outside, Loki is furious that someone is in the imperial chamber unattended and forces his way inside. As Loki struggles with the others, Thor (back in his godly form) exits the room and explains to everyone, to his horror, has learned the secret identity of Infinity. Thor explains now that he knows the secret of Infinity, he knows that he must succeed.