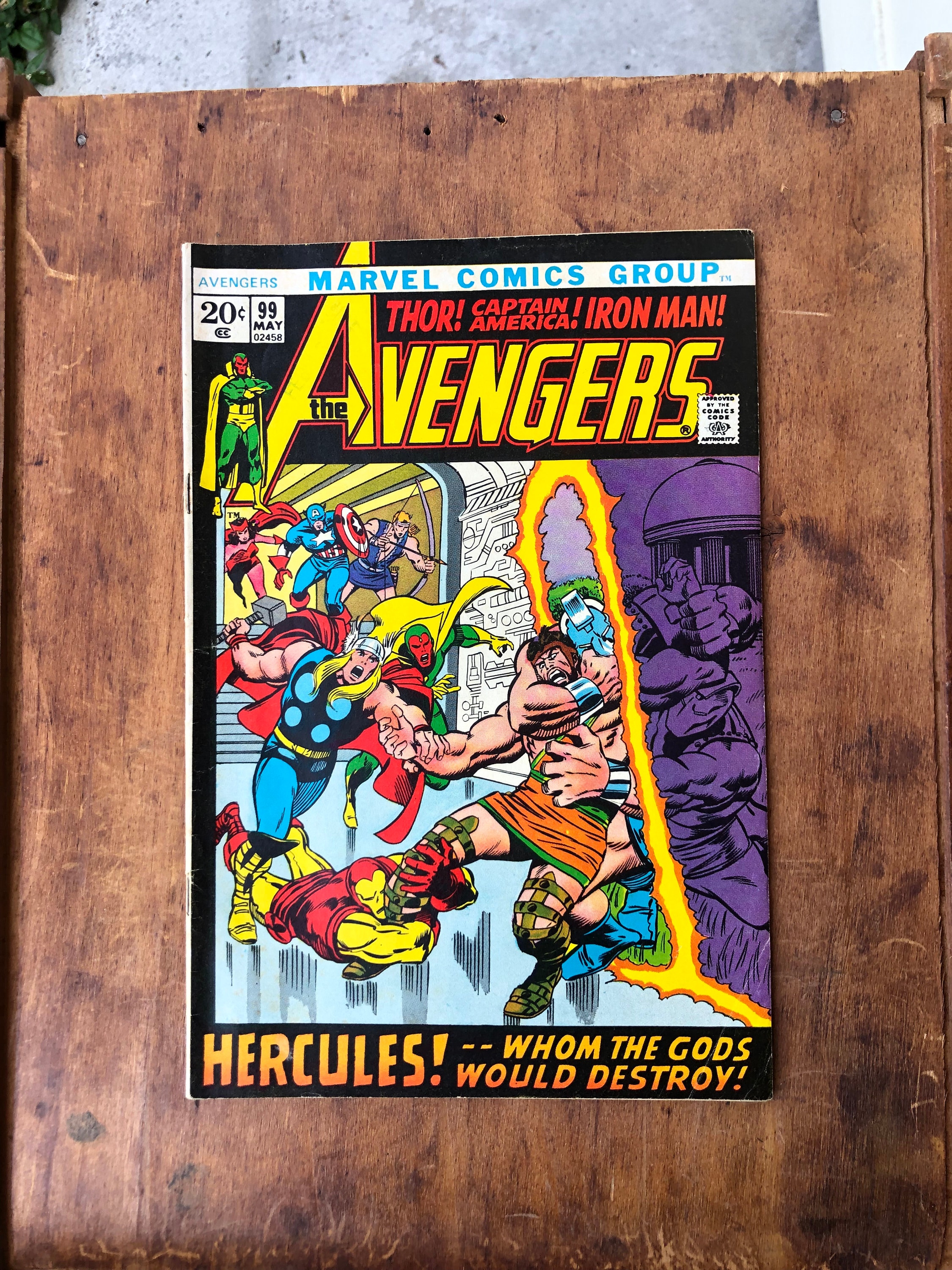 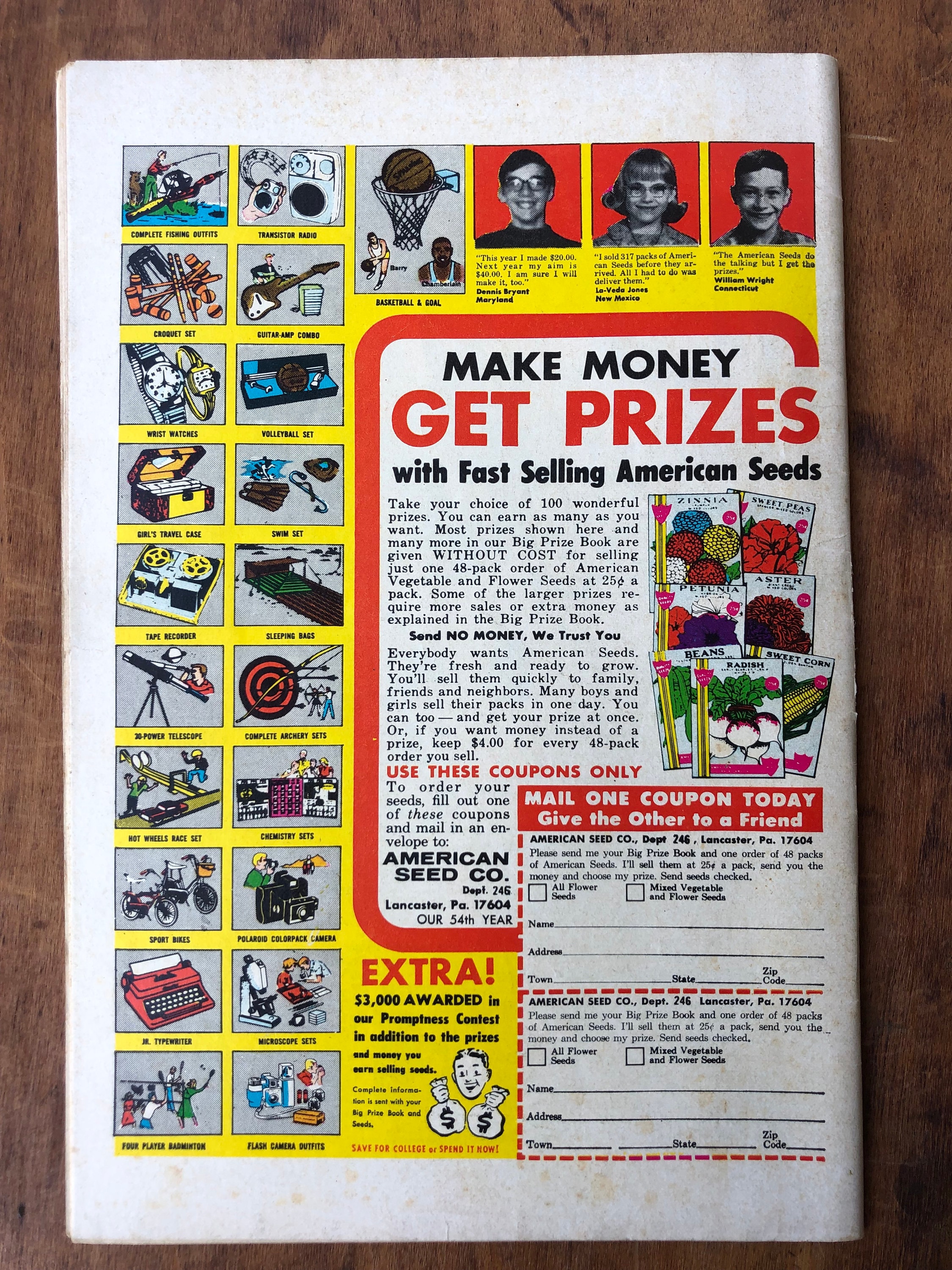 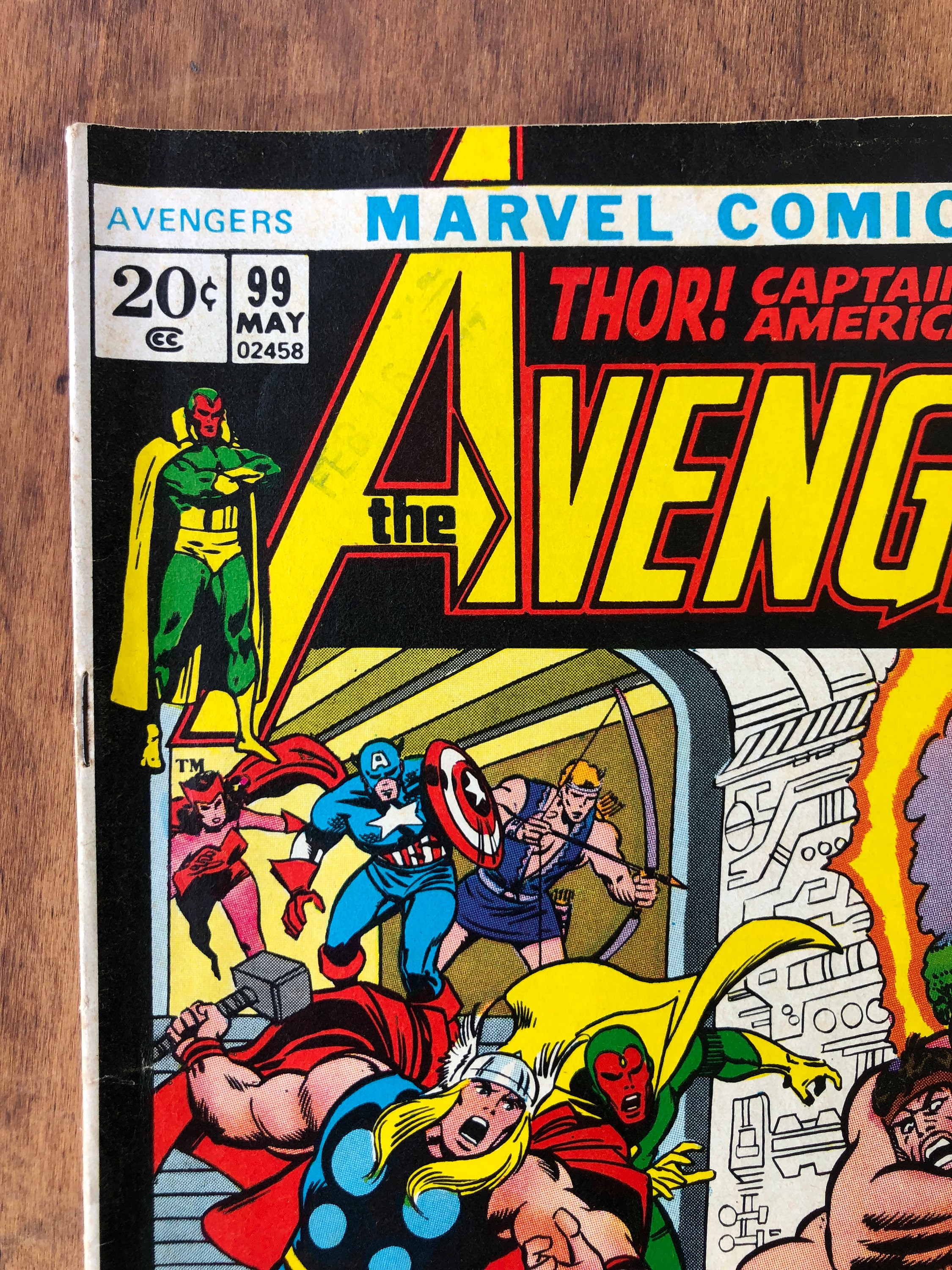 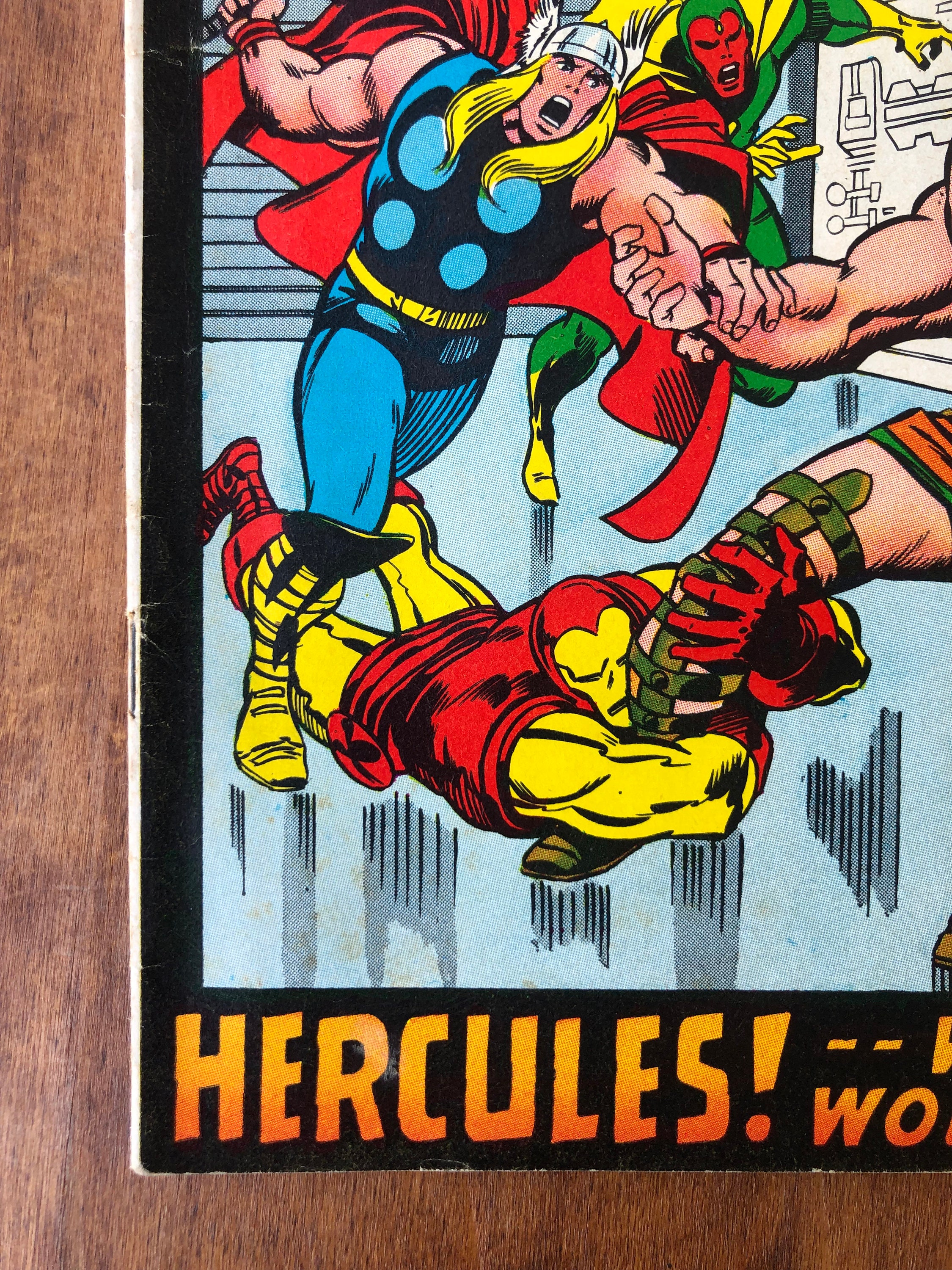 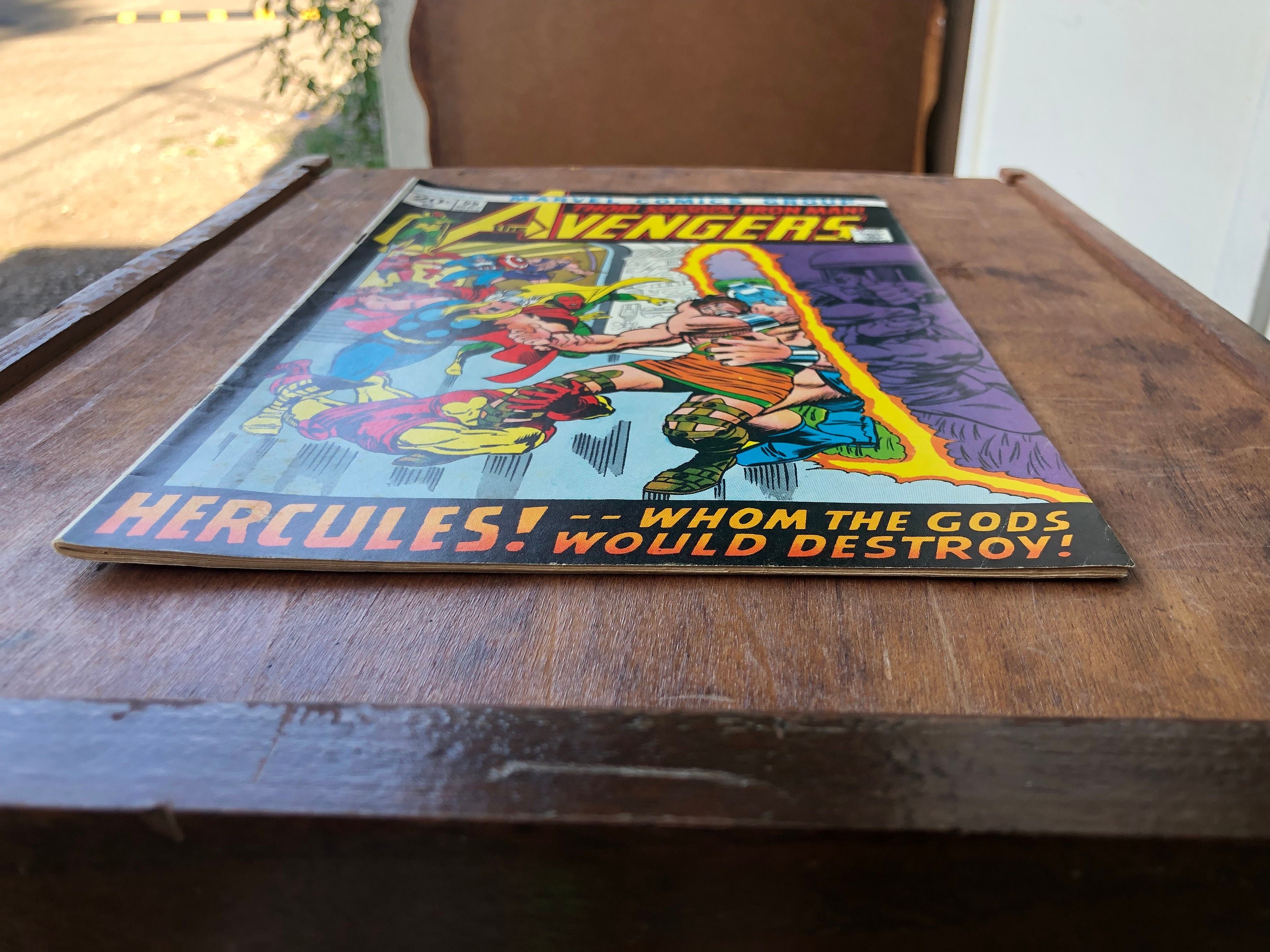 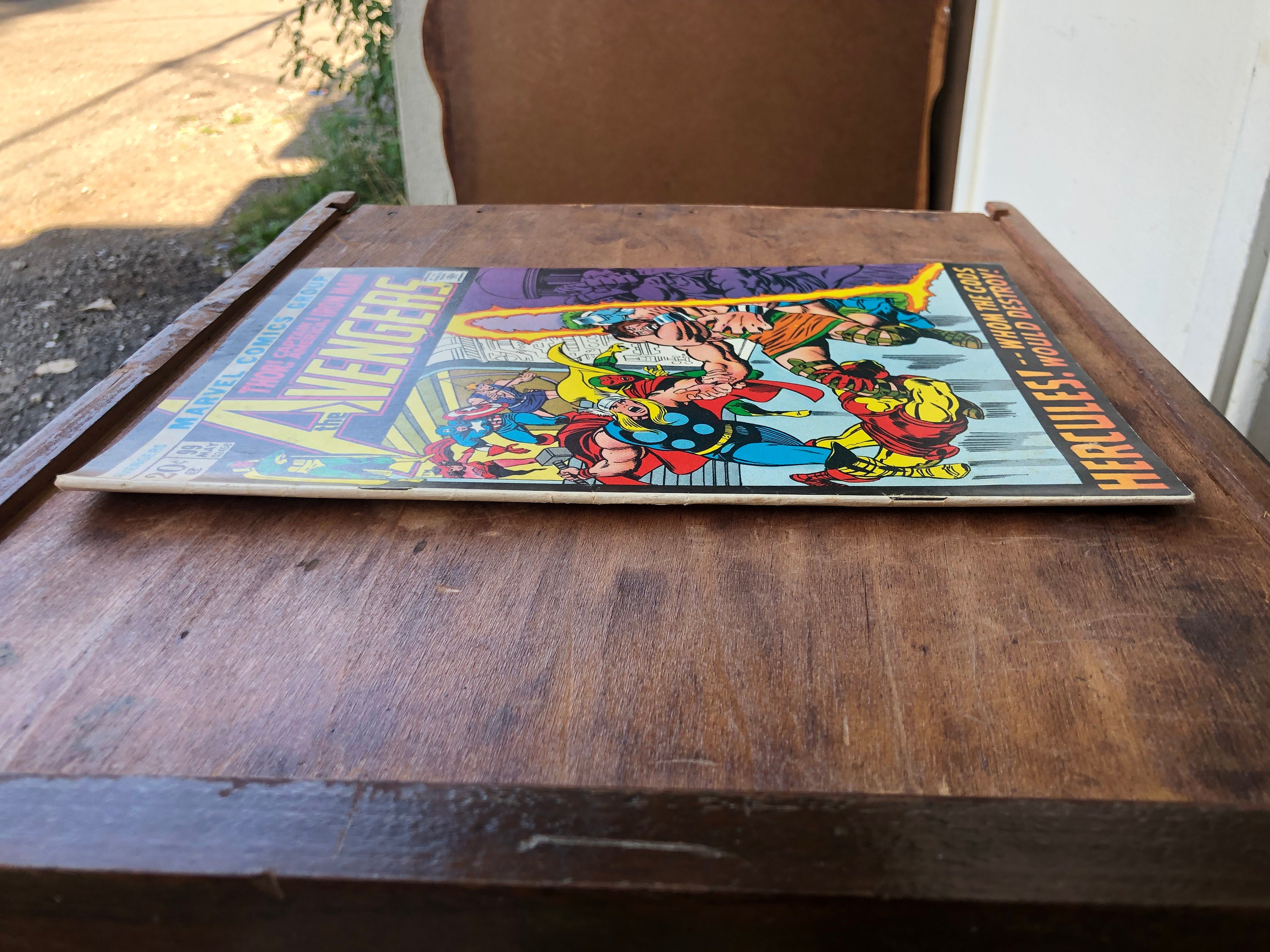 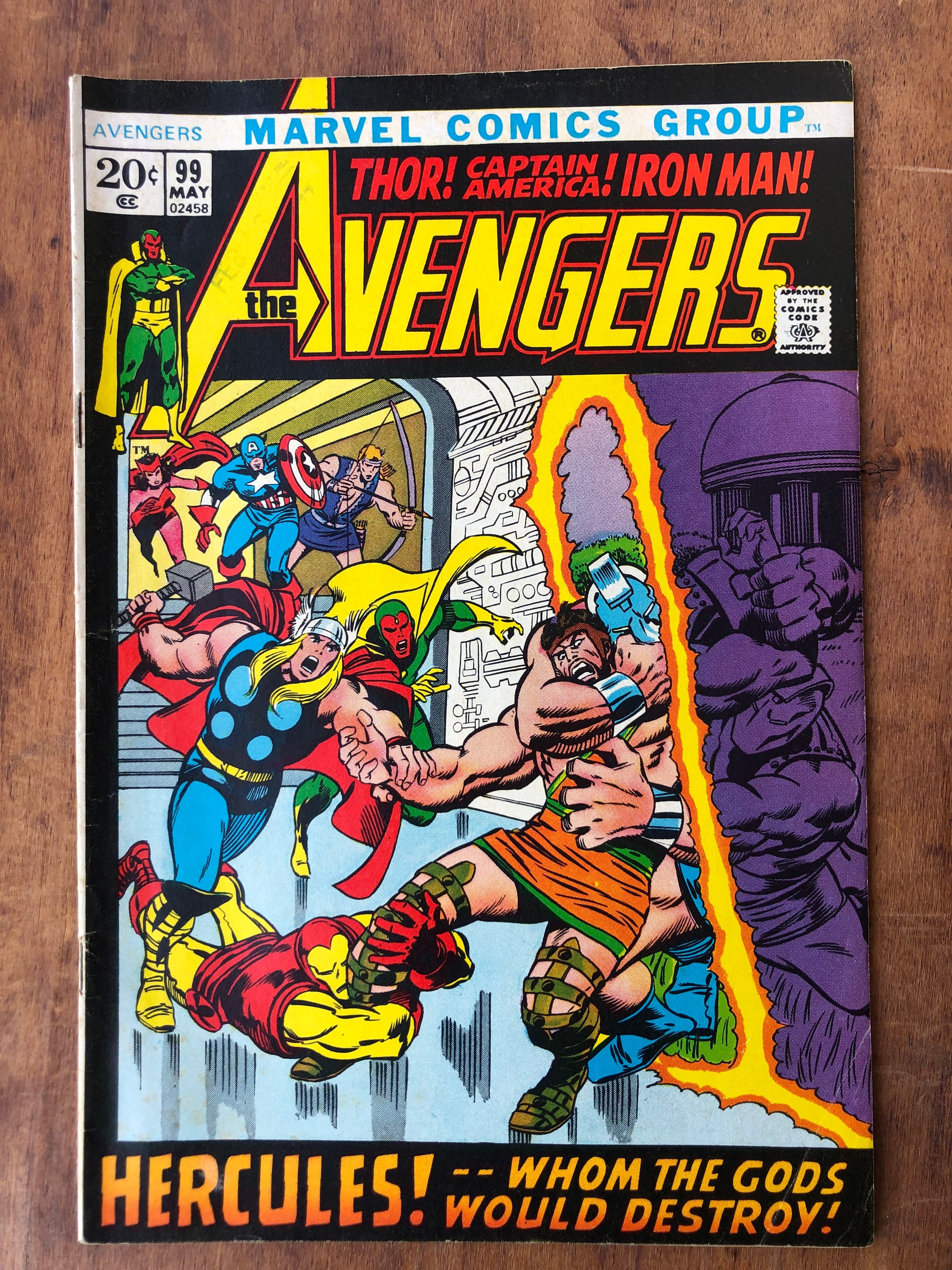 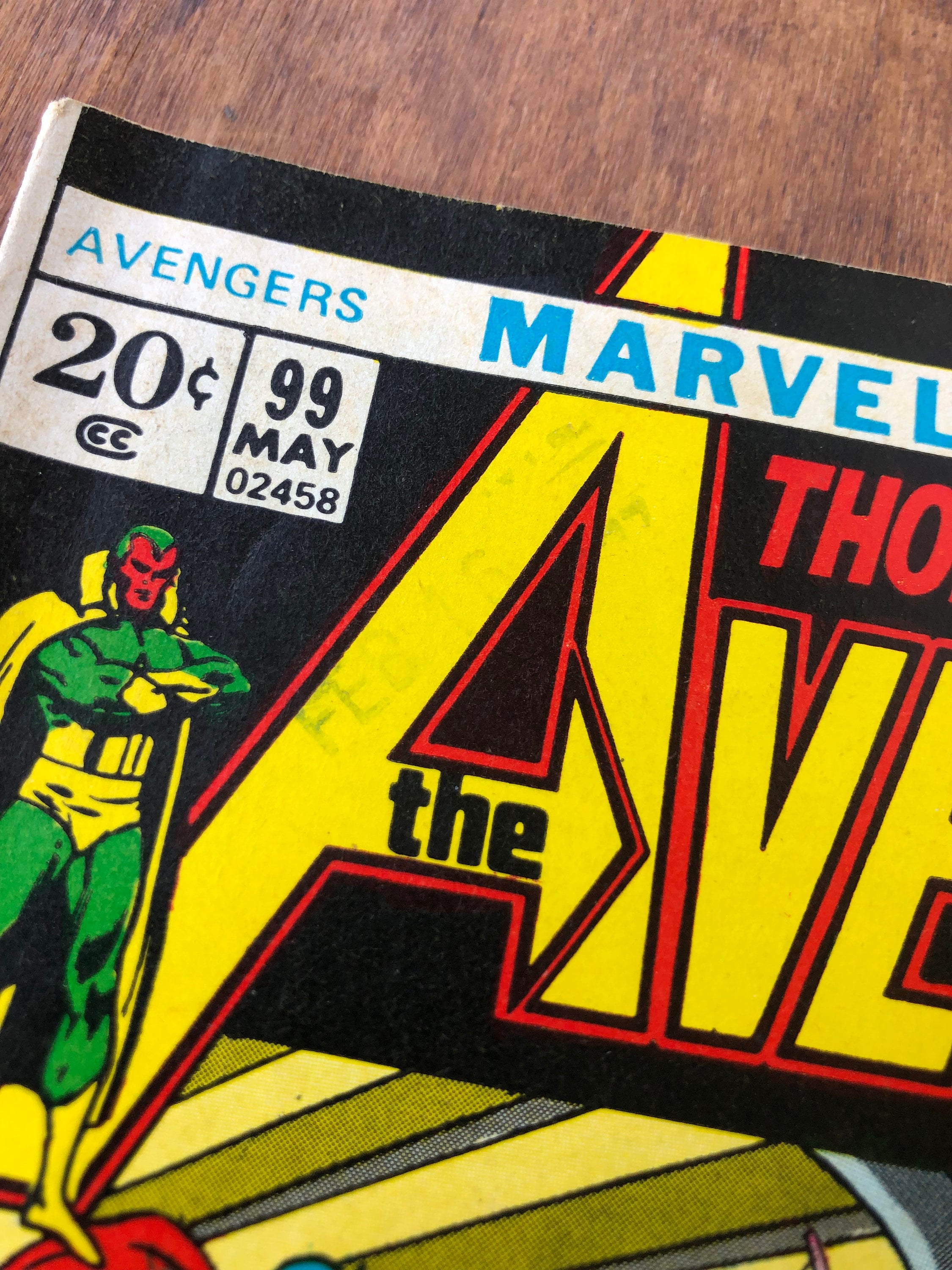 
They First Make Mad!
While attempting to restore the memories of Hercules in order to learn what his prophecies of doom could be, Hawkeye fills the Avengers in on how he returned to Earth and found Hercules.

During the climax of the Kree-Skrull War, as Goliath, Hawkeye was ordered to stop a Skrull ship that was setting to destroy the Earth. Boarding the ship he realized that he was out of growth tablets and had to resort to his old archer ways in order to battle the Skrull warriors once he boarded the ship. Hawkeye managed to destroy the alien ship, but ended up crash landing his escape shuttle on Earth in Yugoslavia where he is found by a circus troupe. He joins the troup as payment for travel and supplies until he can get to the nearest town and travel back to the states. During his time with the circus, he learned that the strong man was really Hercules who had been stricken with amnesia. Hawkeye eventually convinced the god to join him on his trip back to America.

With his story finished, the Avengers probe their scientific minded members -- Black Panther and Ant Man -- for solutions to restore Herc's memories, but to no avail. During this, Hawkeye professes his love to the Scarlet Witch, which creates tension between the two and the Vision. Then, Avengers mansion is invaded by the Kratos and Bia, Olympian warriors seeking to reclaim Hercules for Ares. During the battle against the Avengers, Scarlet Witch is injured, and the Vision and Hawkeye almost come to blows over aiding their injured teammate. However, the Avengers manage to fight off the two Olympian warriors who then flee the battle with Hercules as their prisoner. Afterwards, the Avengers vow to go to Olympus and stop Ares to prevent the prophesy of doom from coming to be.