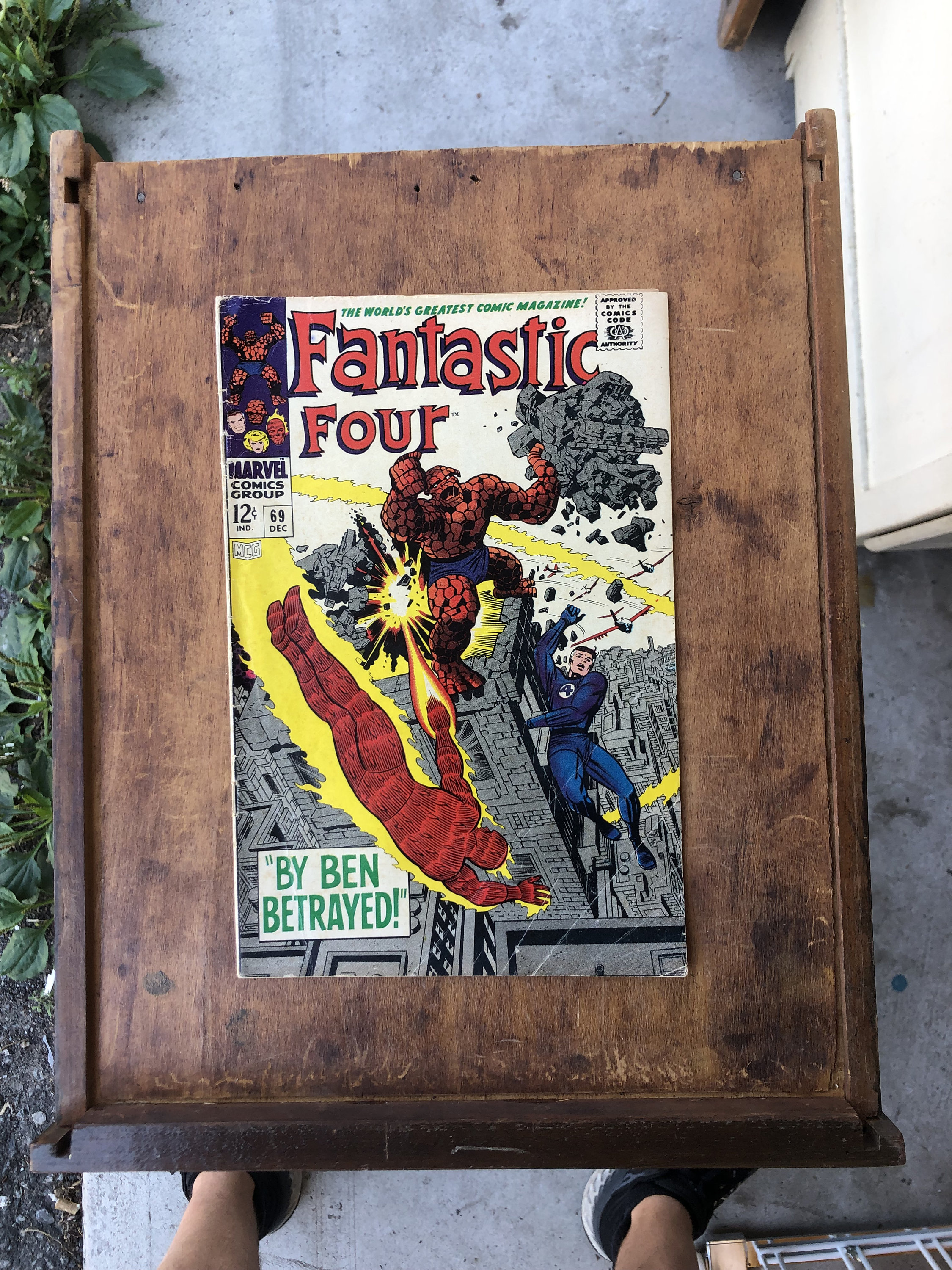 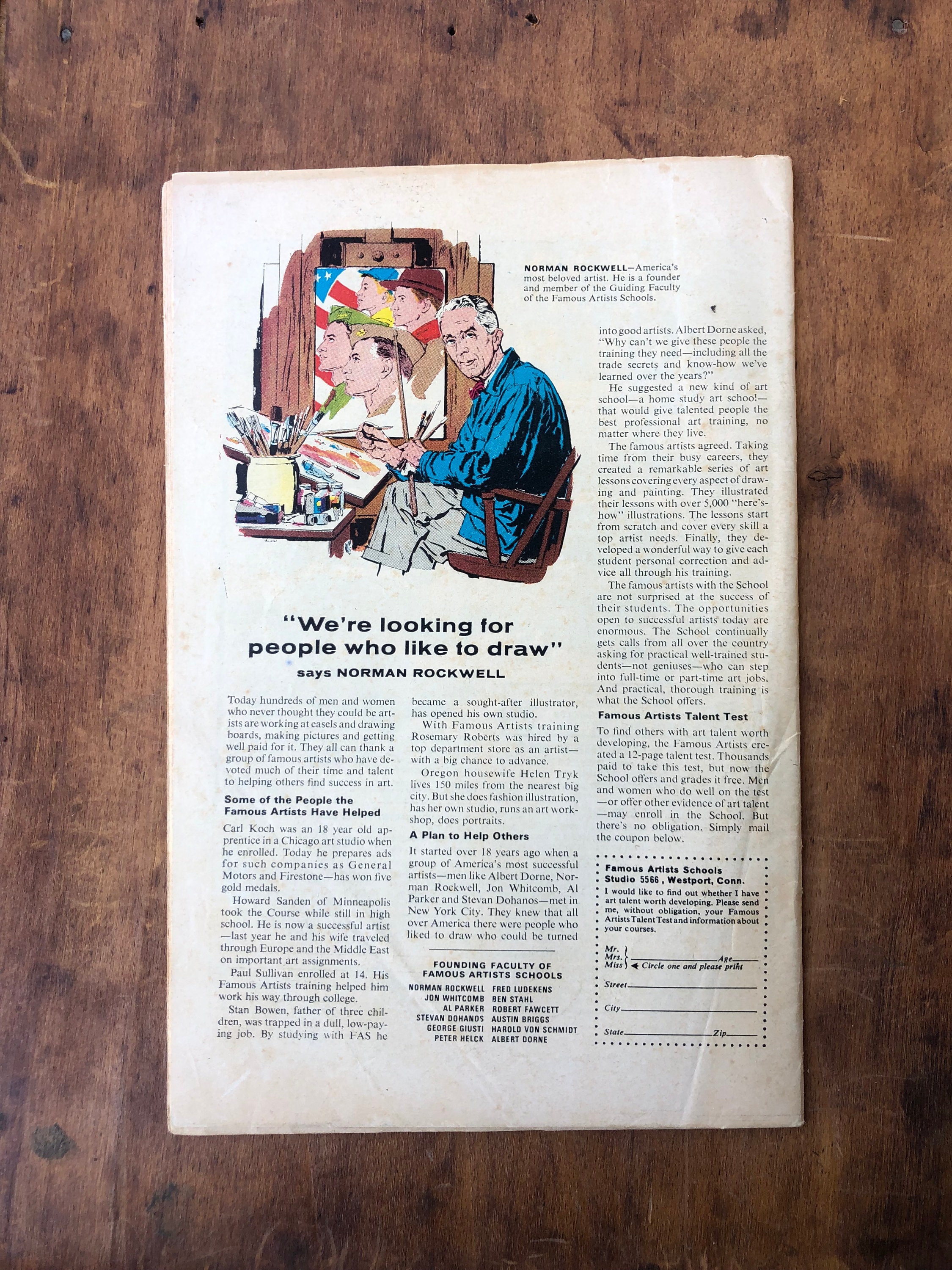 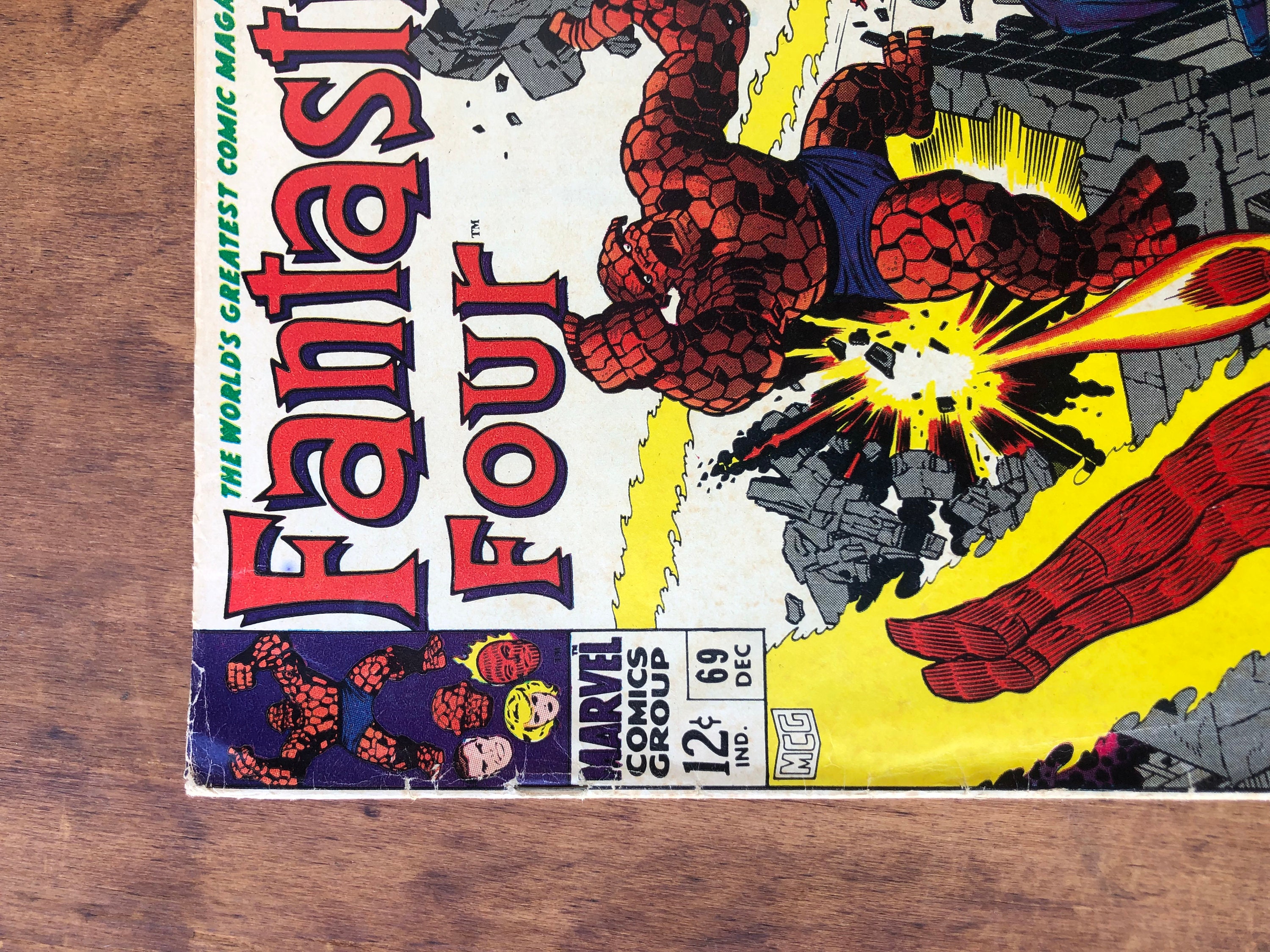 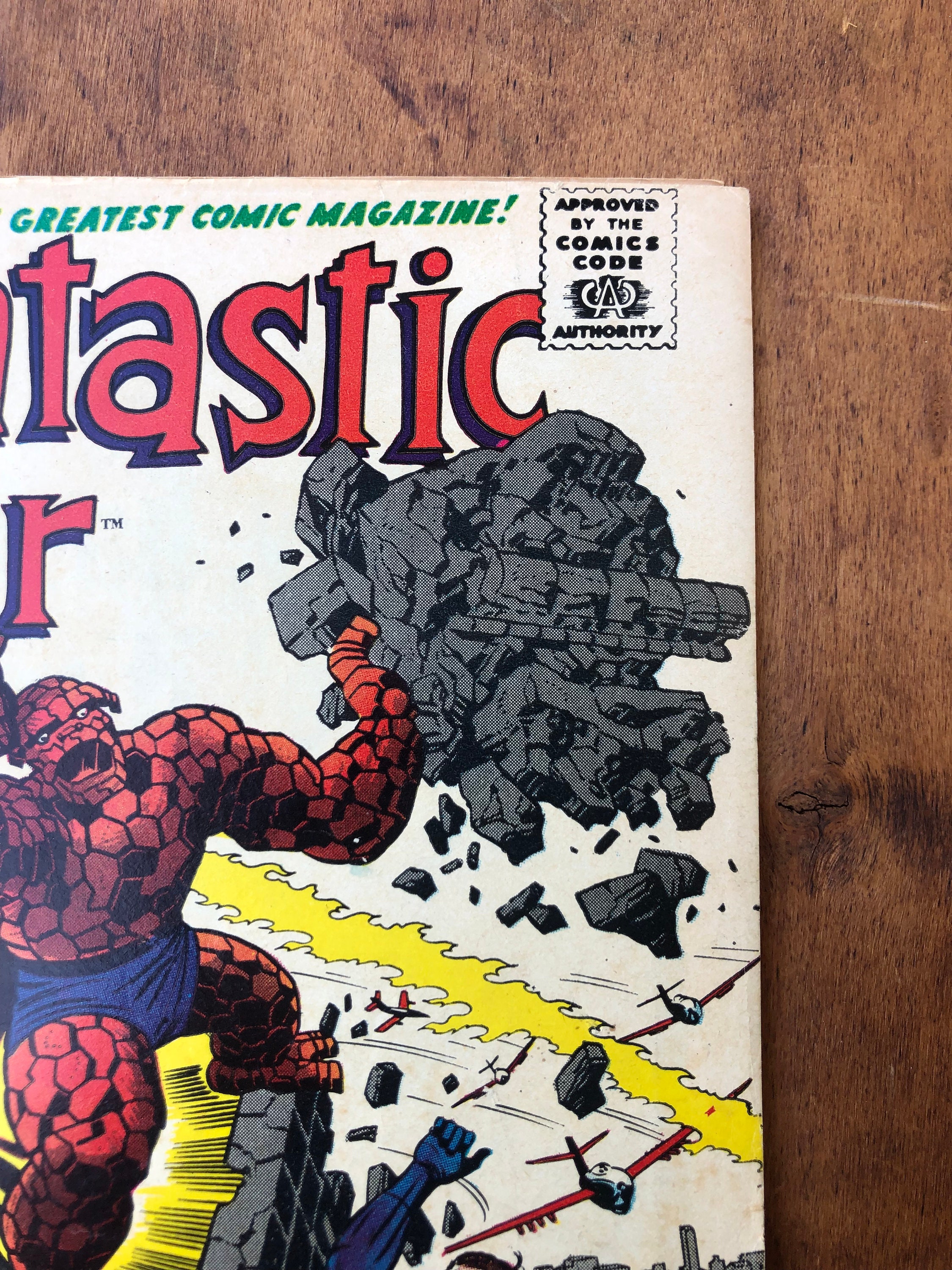 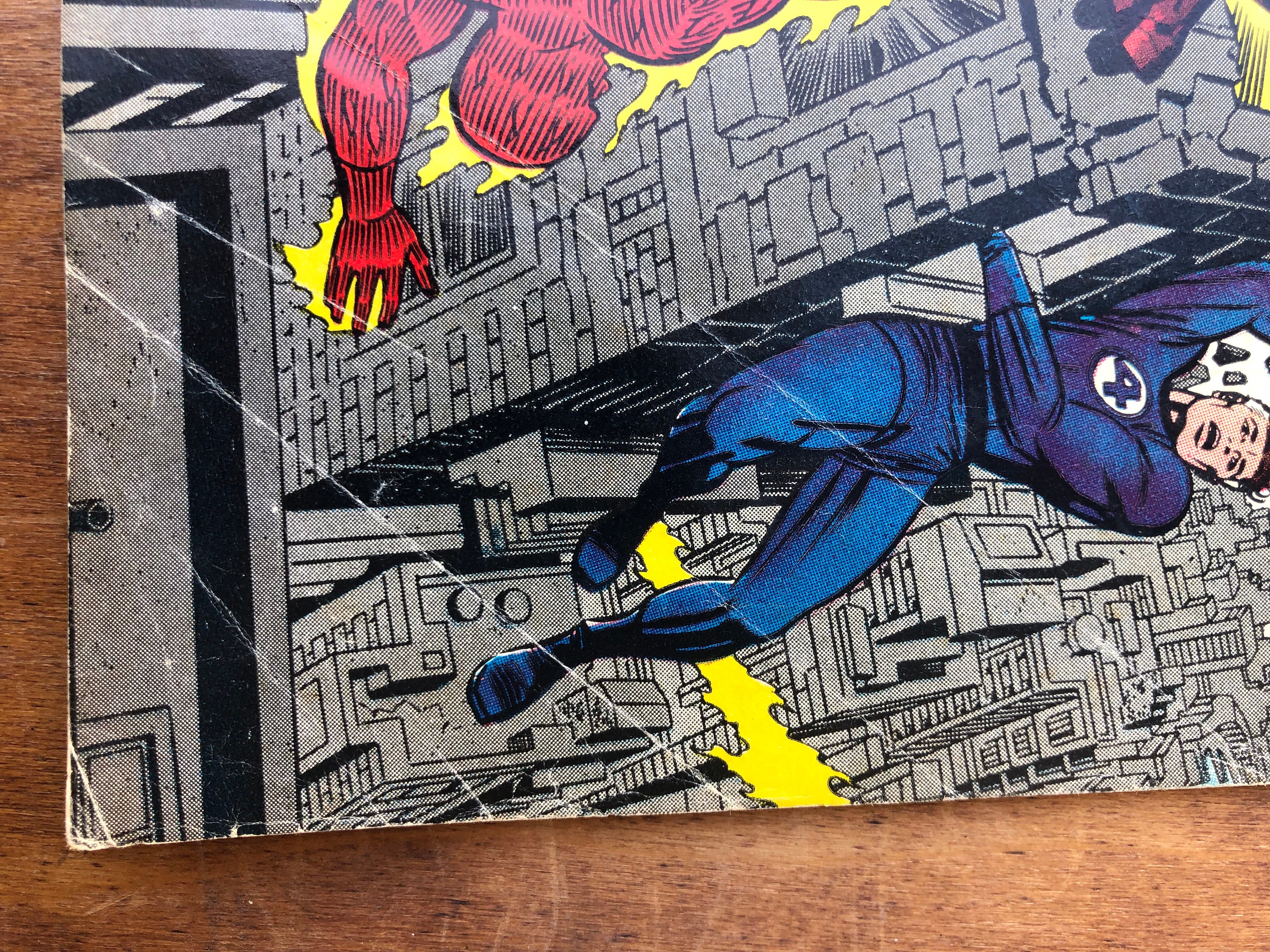 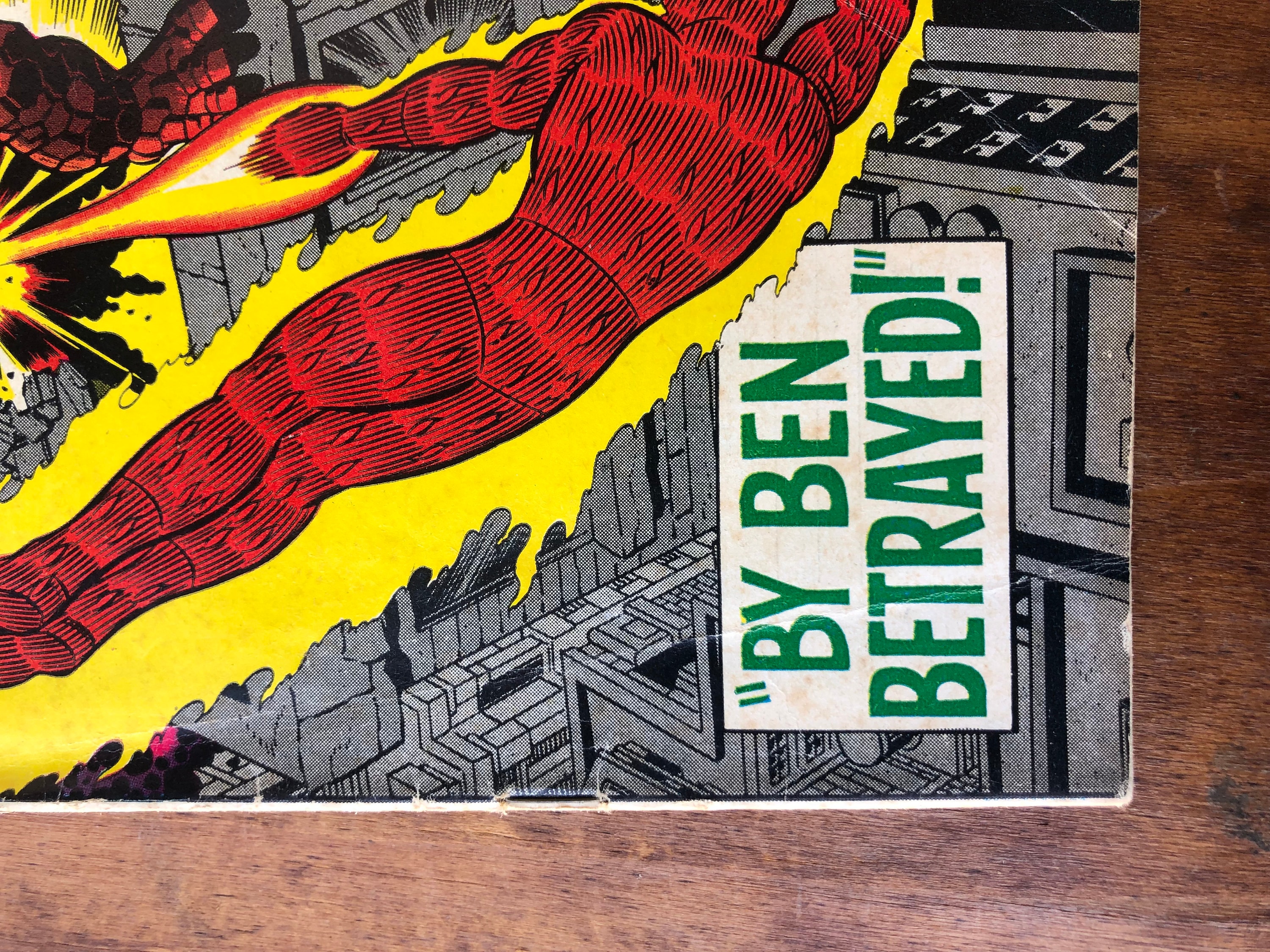 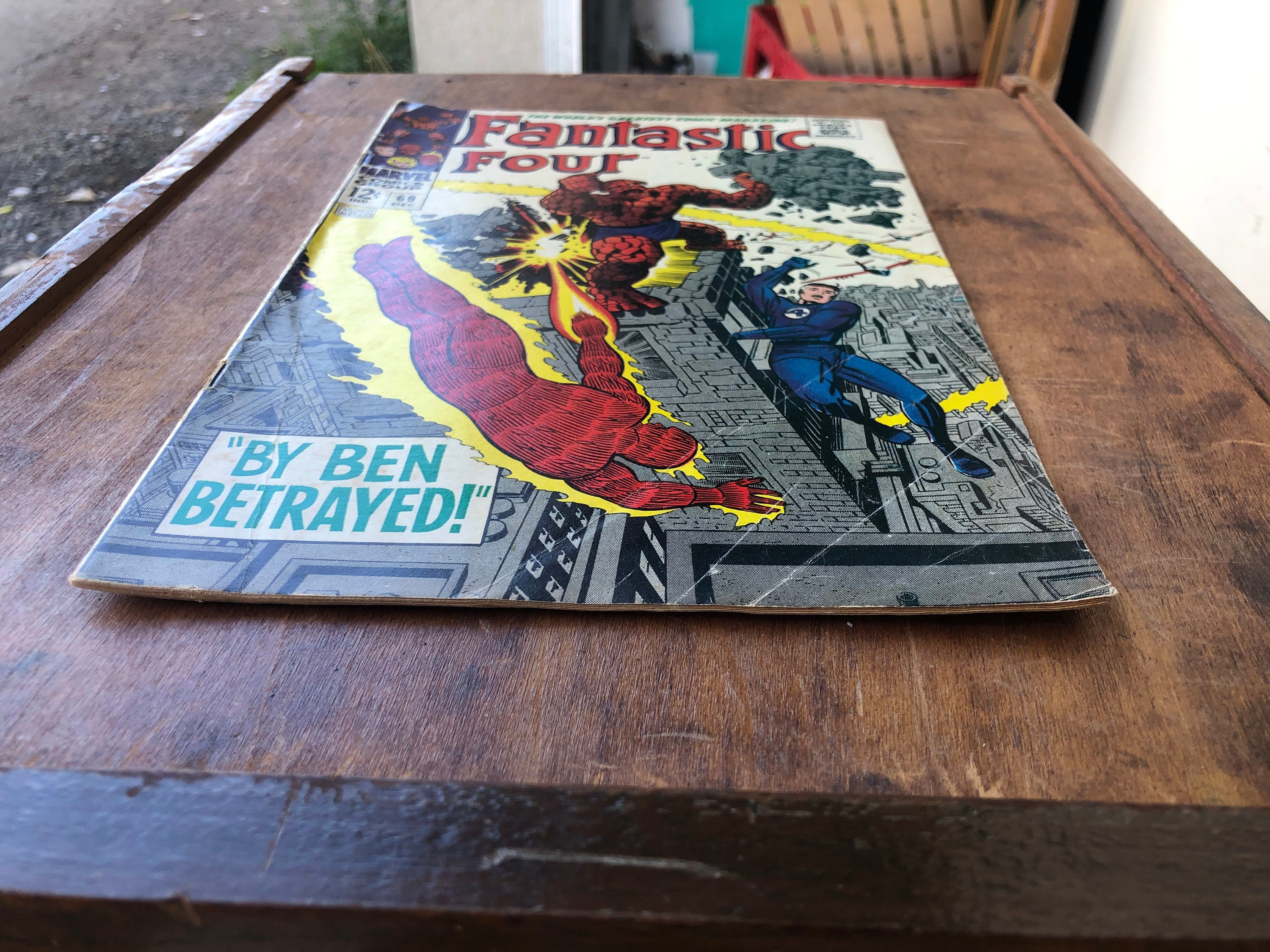 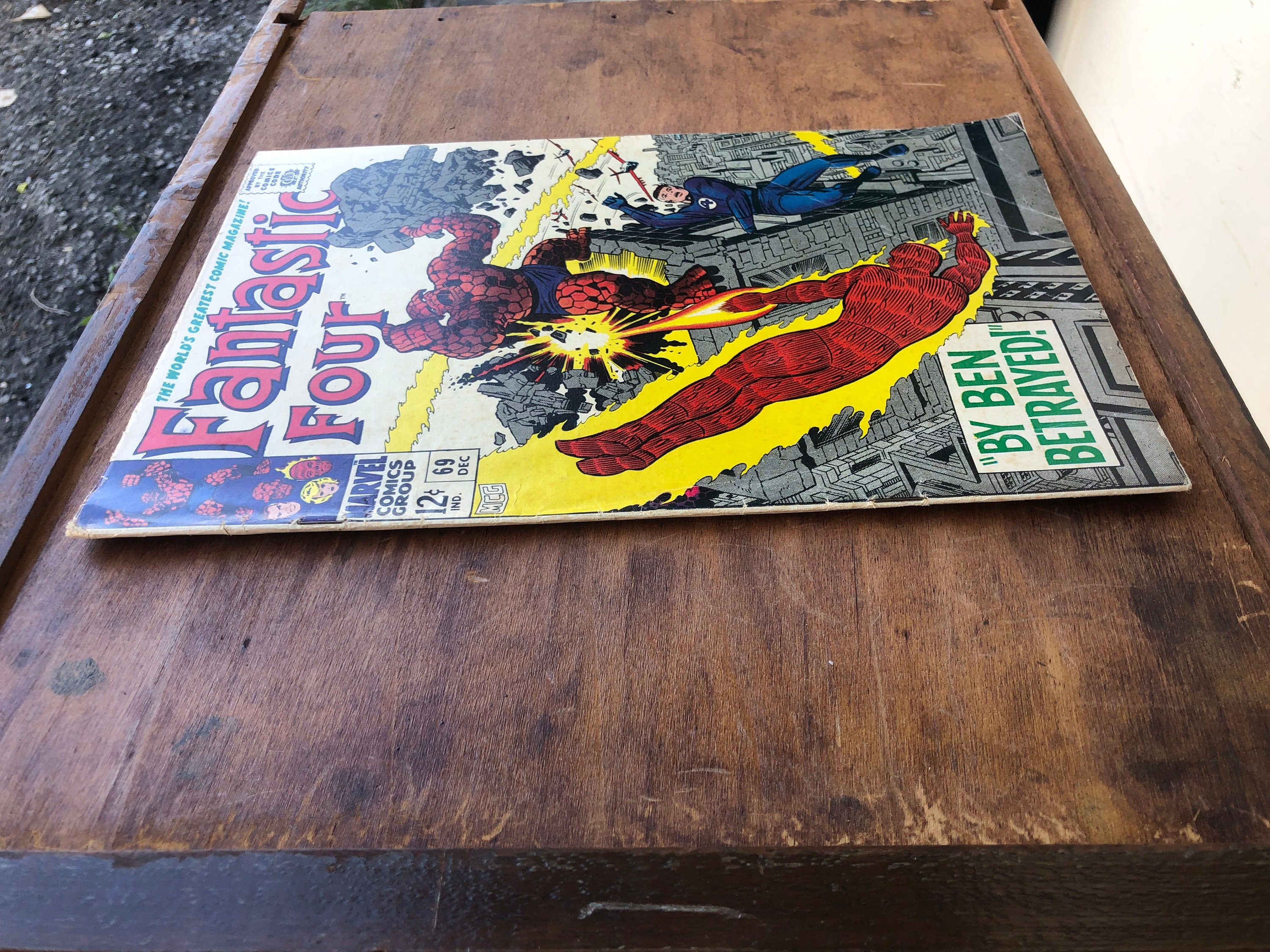 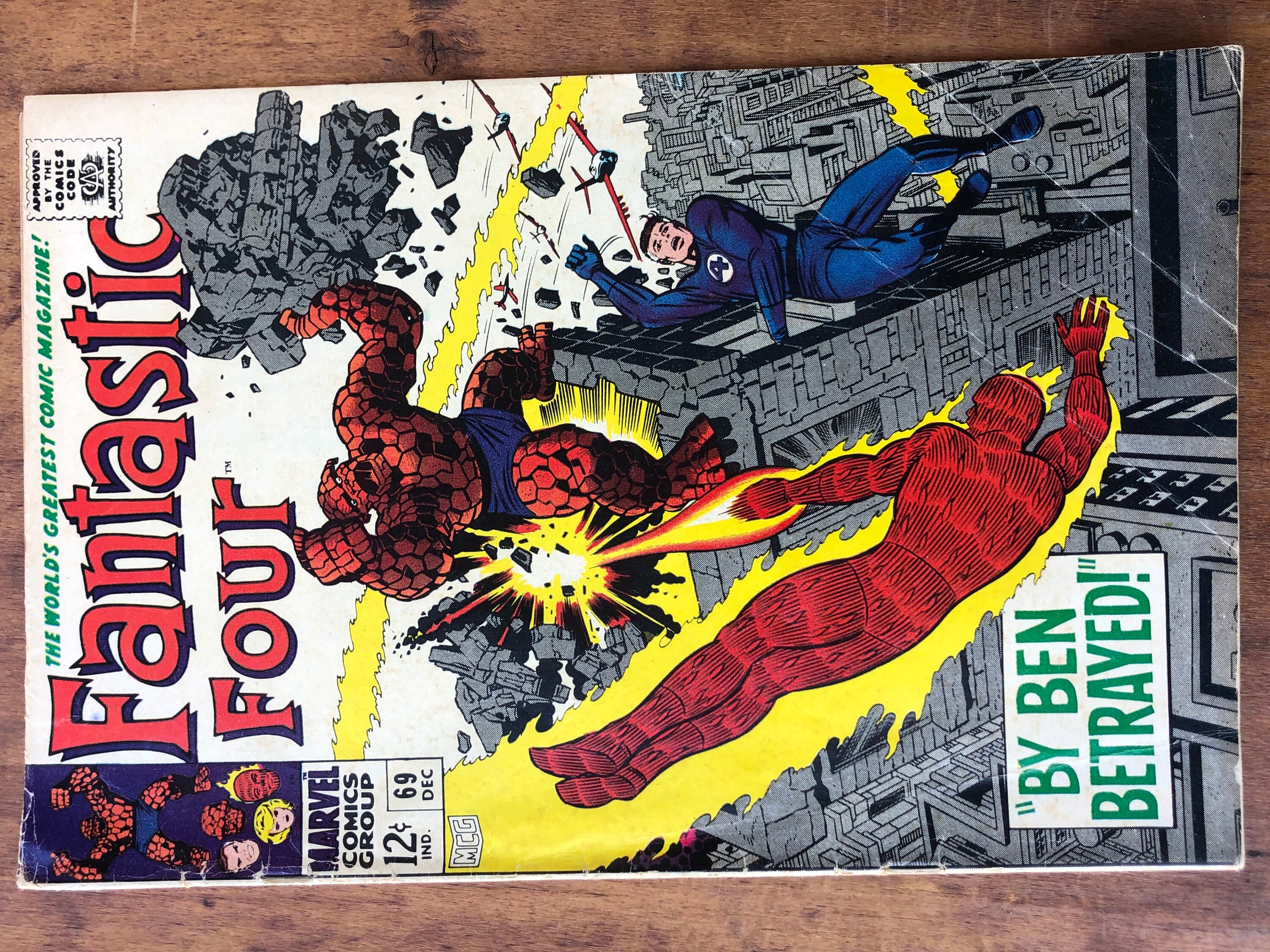 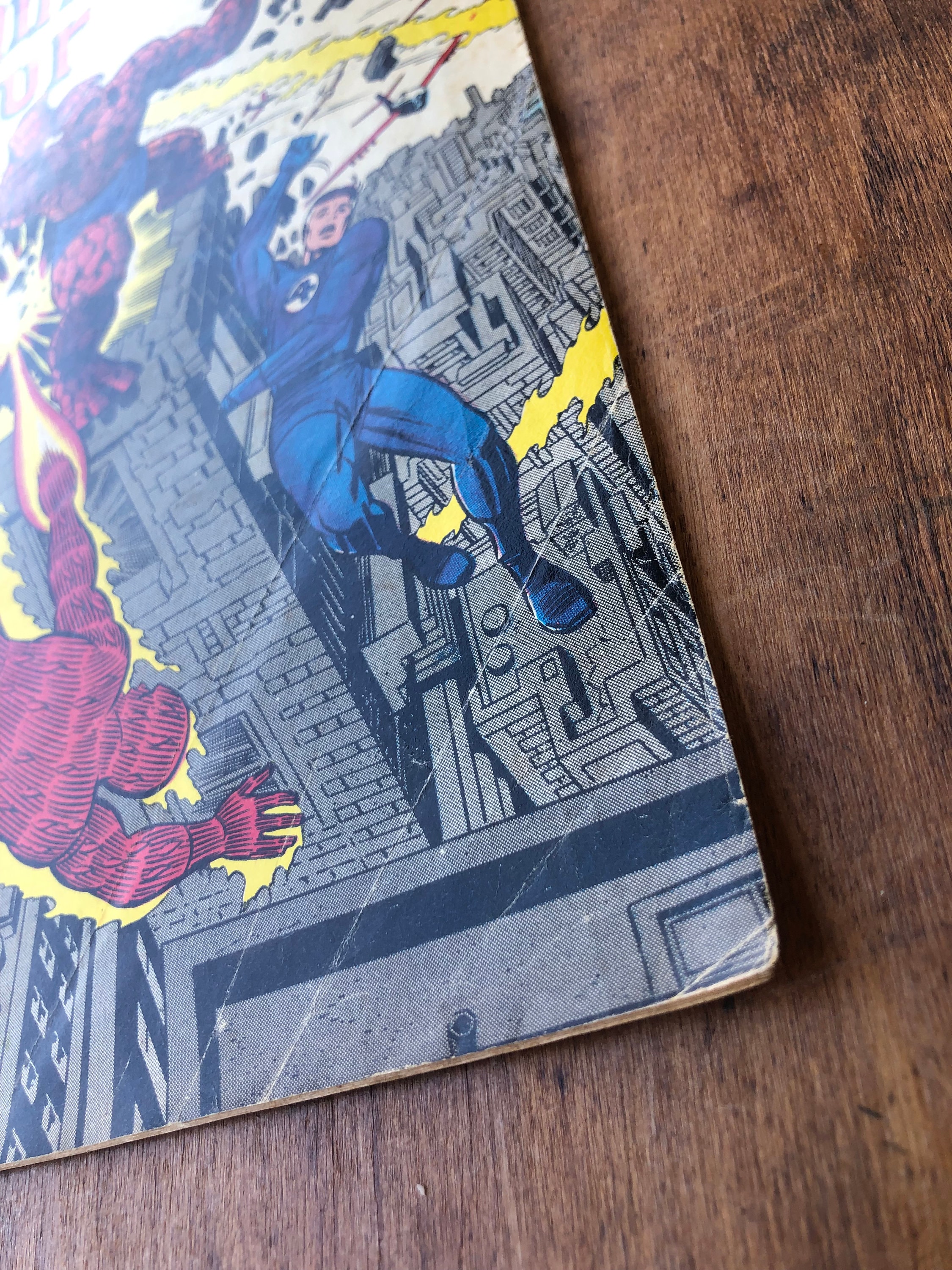 Here is a copy of Fantastic Four #69- December 1967
It is in used condition.
See pics for condition.


With Ben turned evil he goes on a rampage through New York City with his comrades trailing behind him trying their best to stop him, leaving the bogus Dr. Santini -- dropping his disguise to reveal that he is really the Mad Thinker -- full access to Reed's laboratory. The Thinker boasts that once the Fantastic Four have been defeated, he will no longer be known as the Mad Thinker, but instead will be recognized as the All-Powerful Thinker.
While the FF and the National Guard try to stop Ben's rampage across the city, the real Dr. Santini awakens to find that he's being watched by a powerful android, and the Mad Thinker finds Reed's portal to the Negative Zone. Before the Thinker can decide what to do with the portal, he reasons that if Reed Richards is still alive then Reed will figure out soon who was impersonating Dr. Santini, and thus he rushes back to his hideout to deal with the real Dr. Santini before the police arrive. Just then, taking a break from fighting the Thing, Mr. Fantastic comes to the realization that this series of incidents could only have been orchestrated by the Mad Thinker and asks the police to help in sweeping the city to try and find the Thinker's hide out.
While elsewhere in the city, the rampaging Thing manages to slip past the authorities, dead set on ruining Reed Richards once and for all.