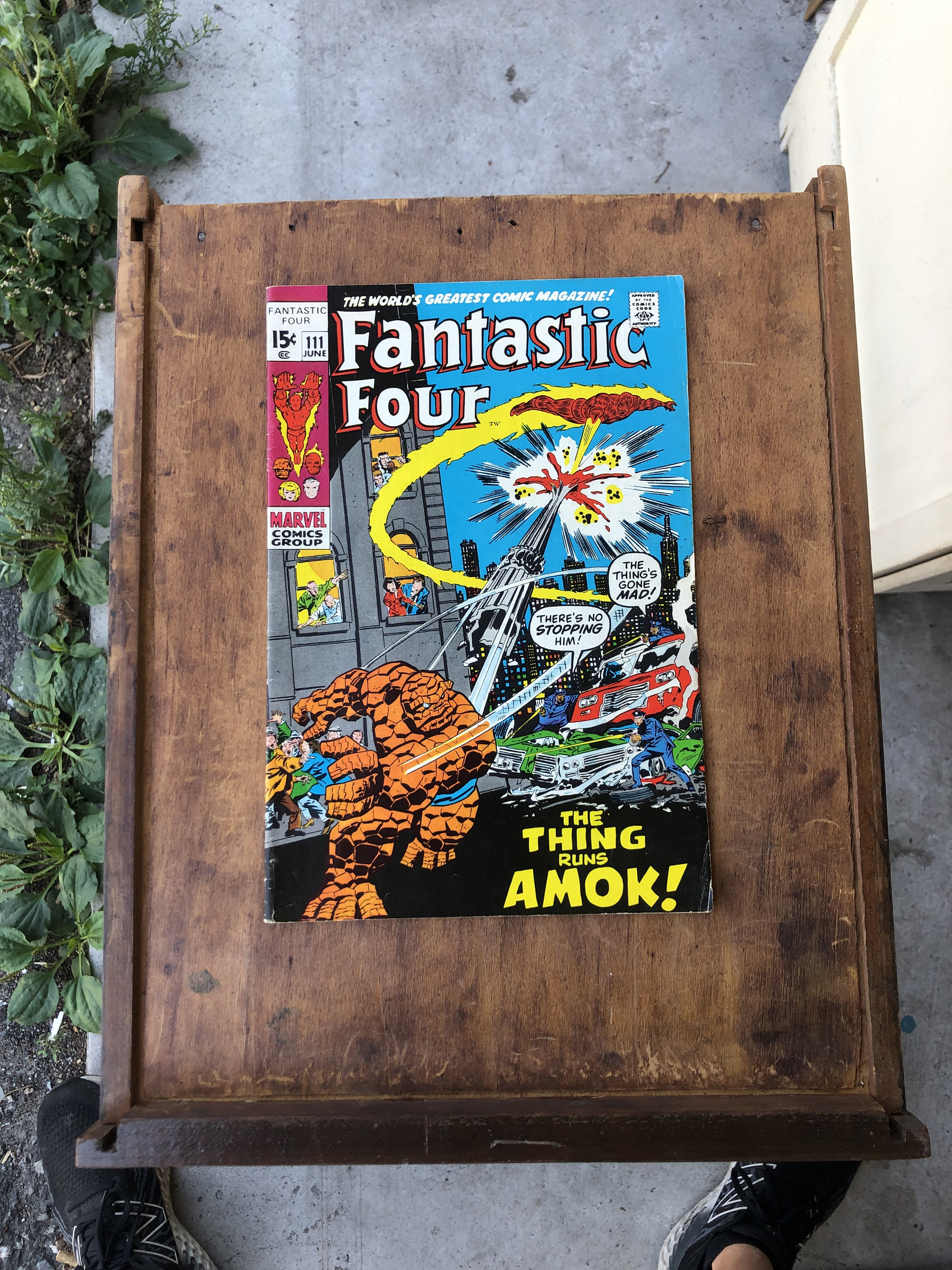 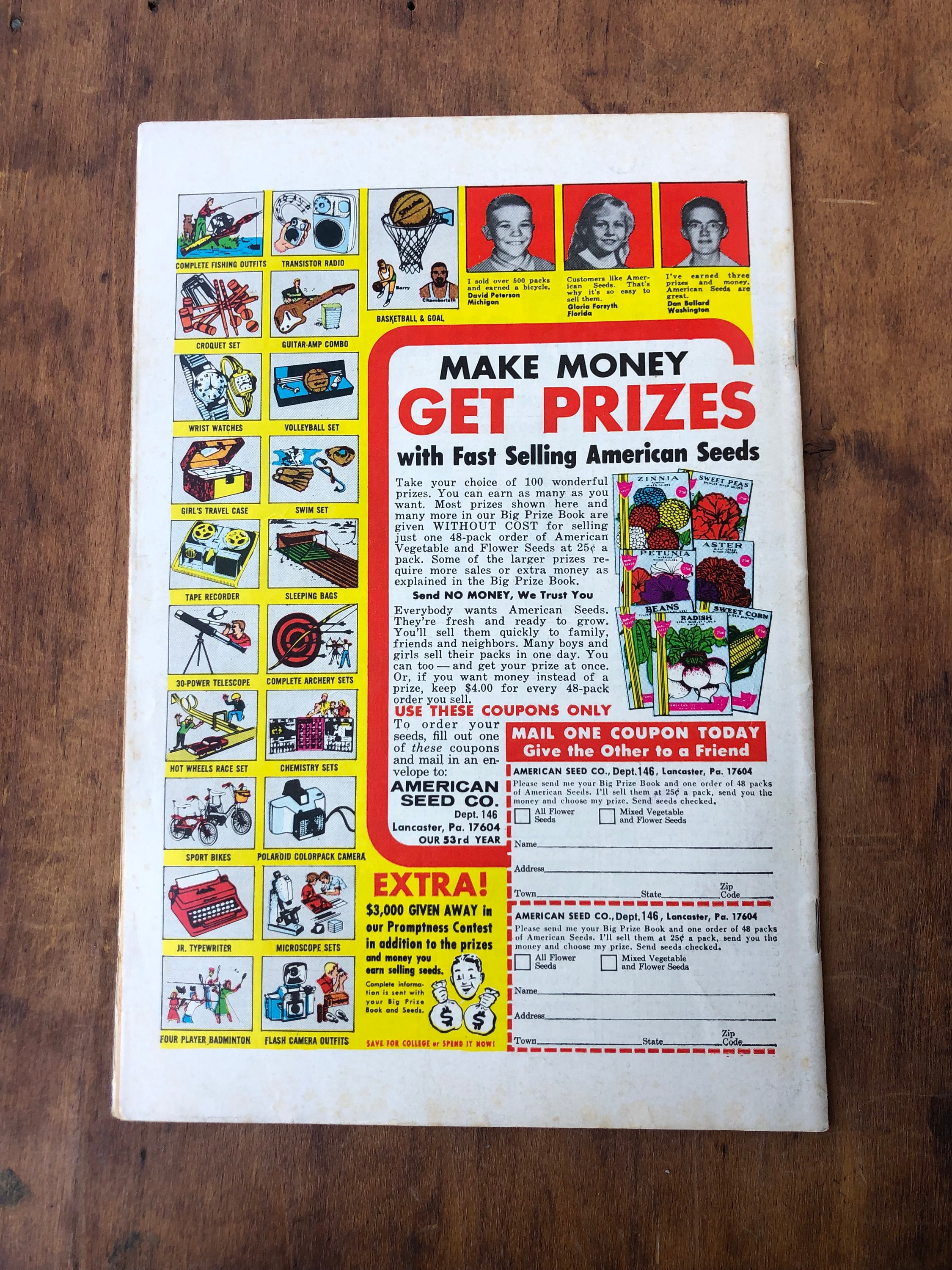 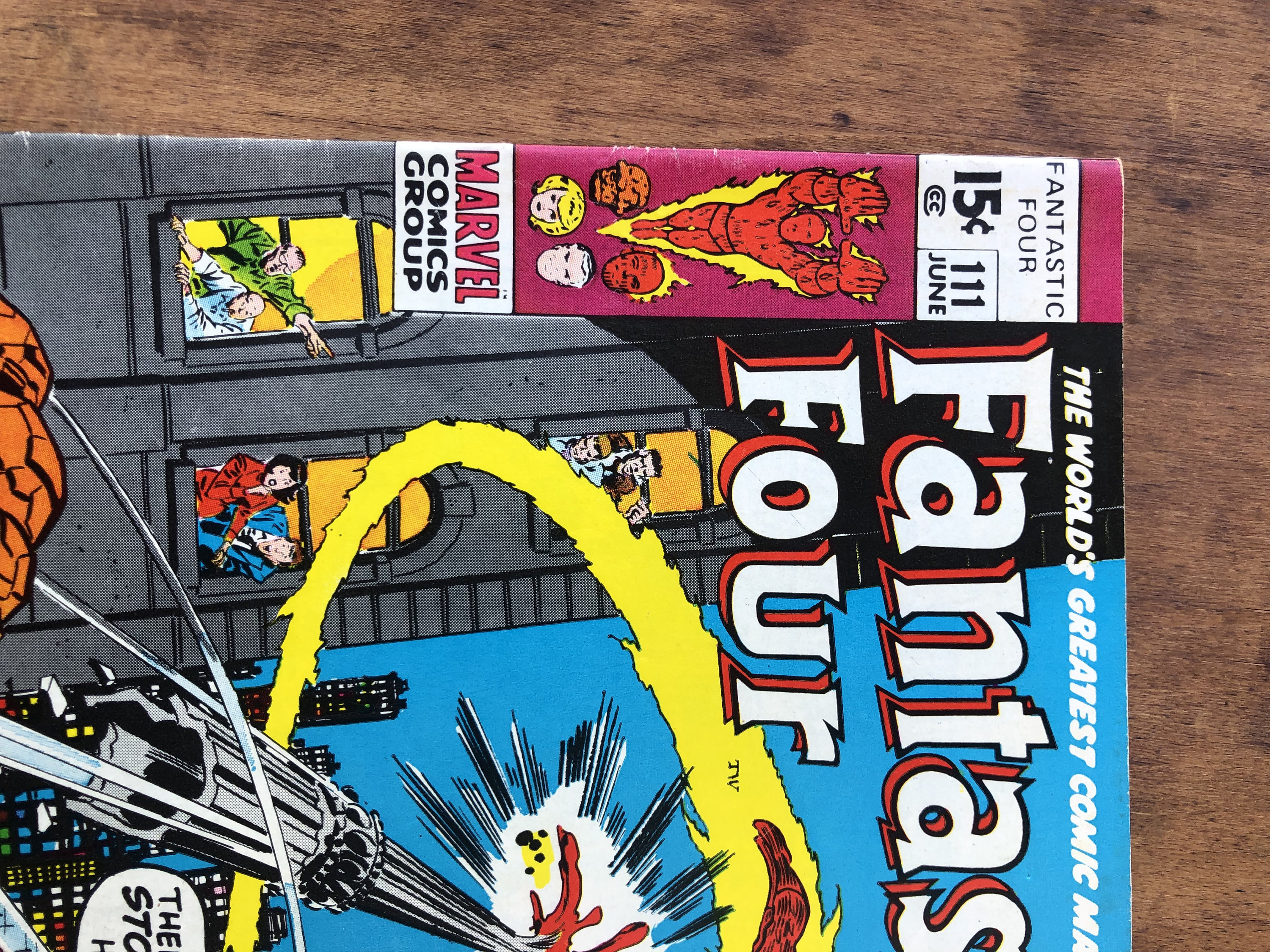 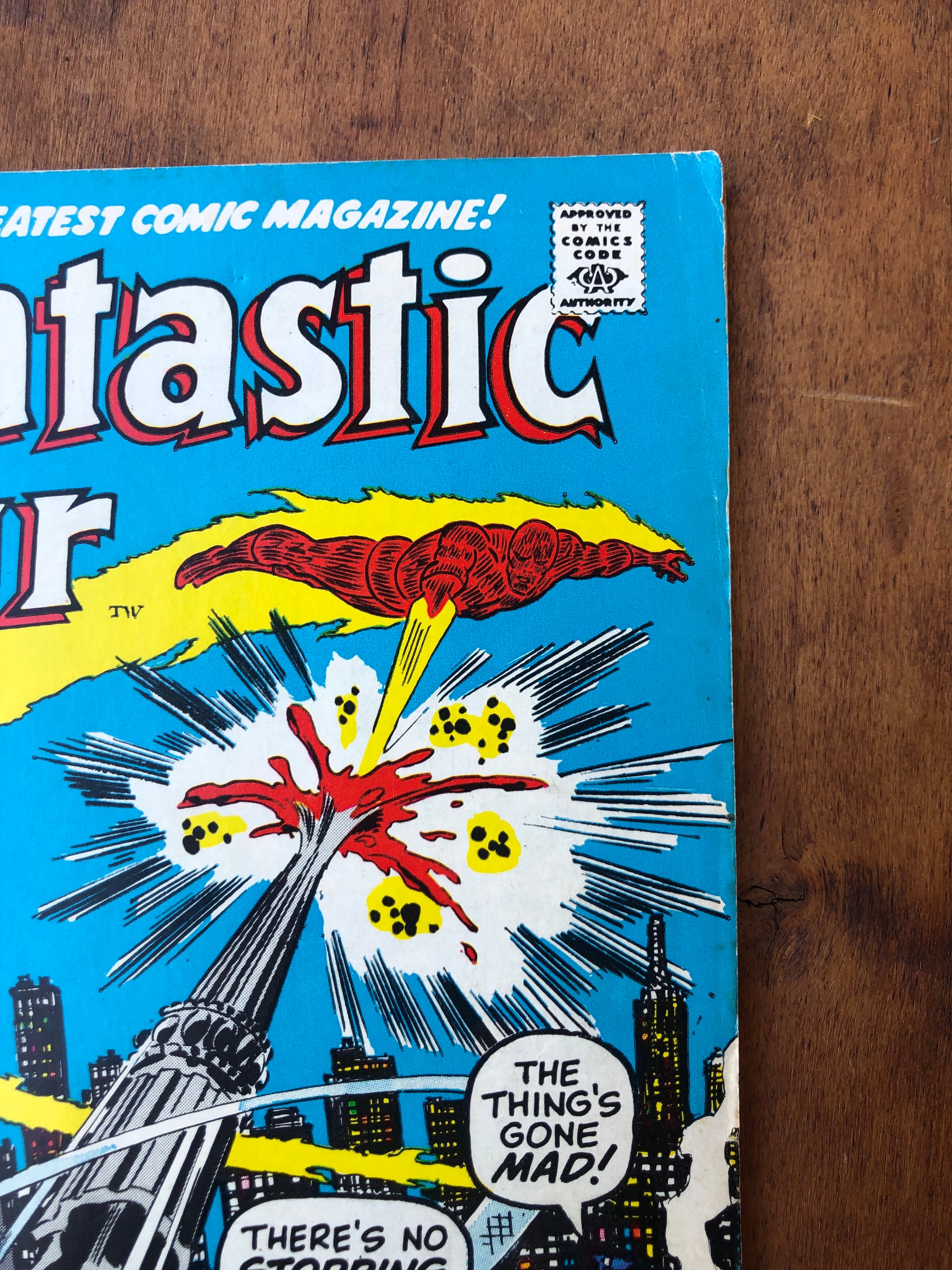 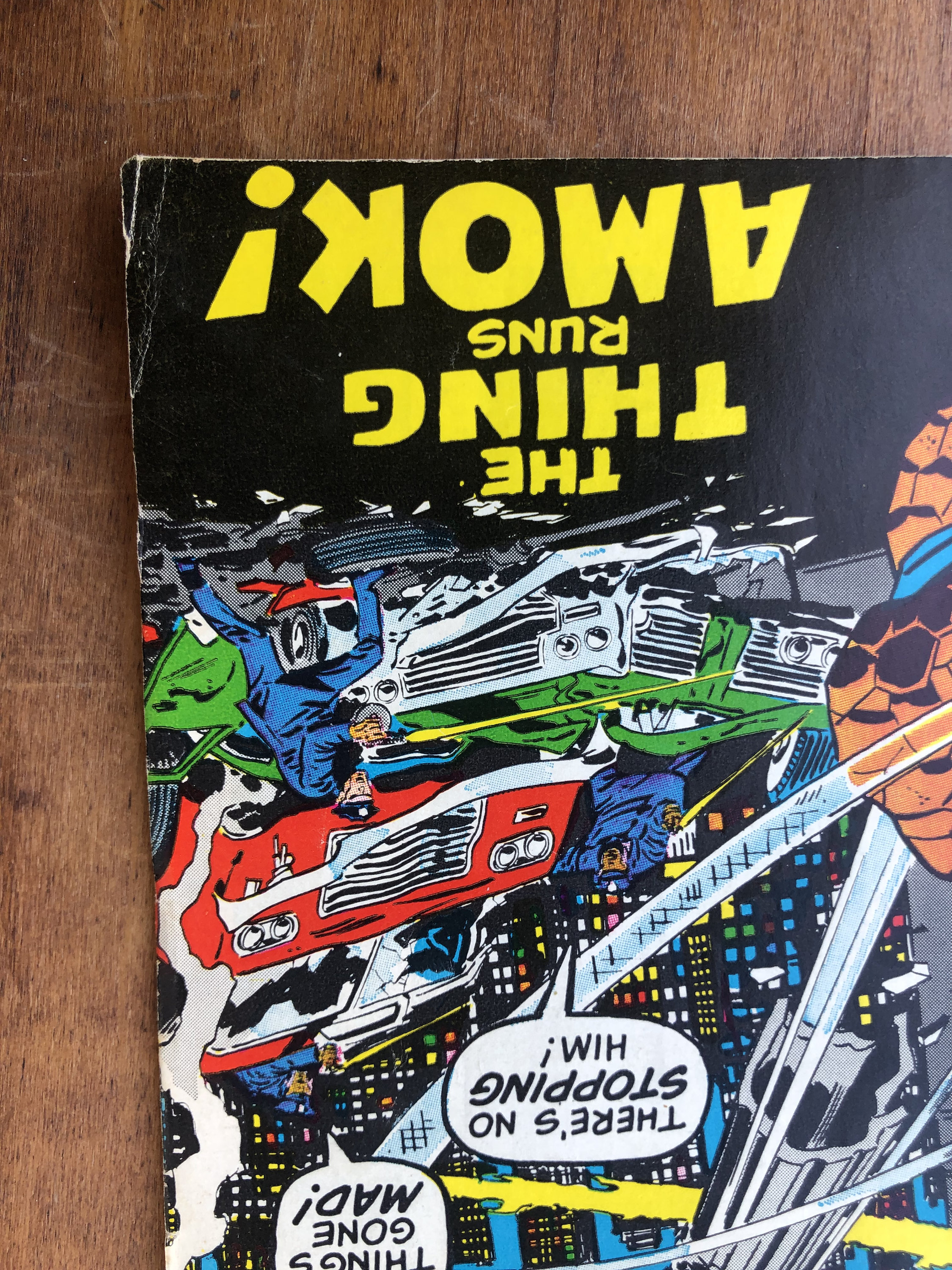 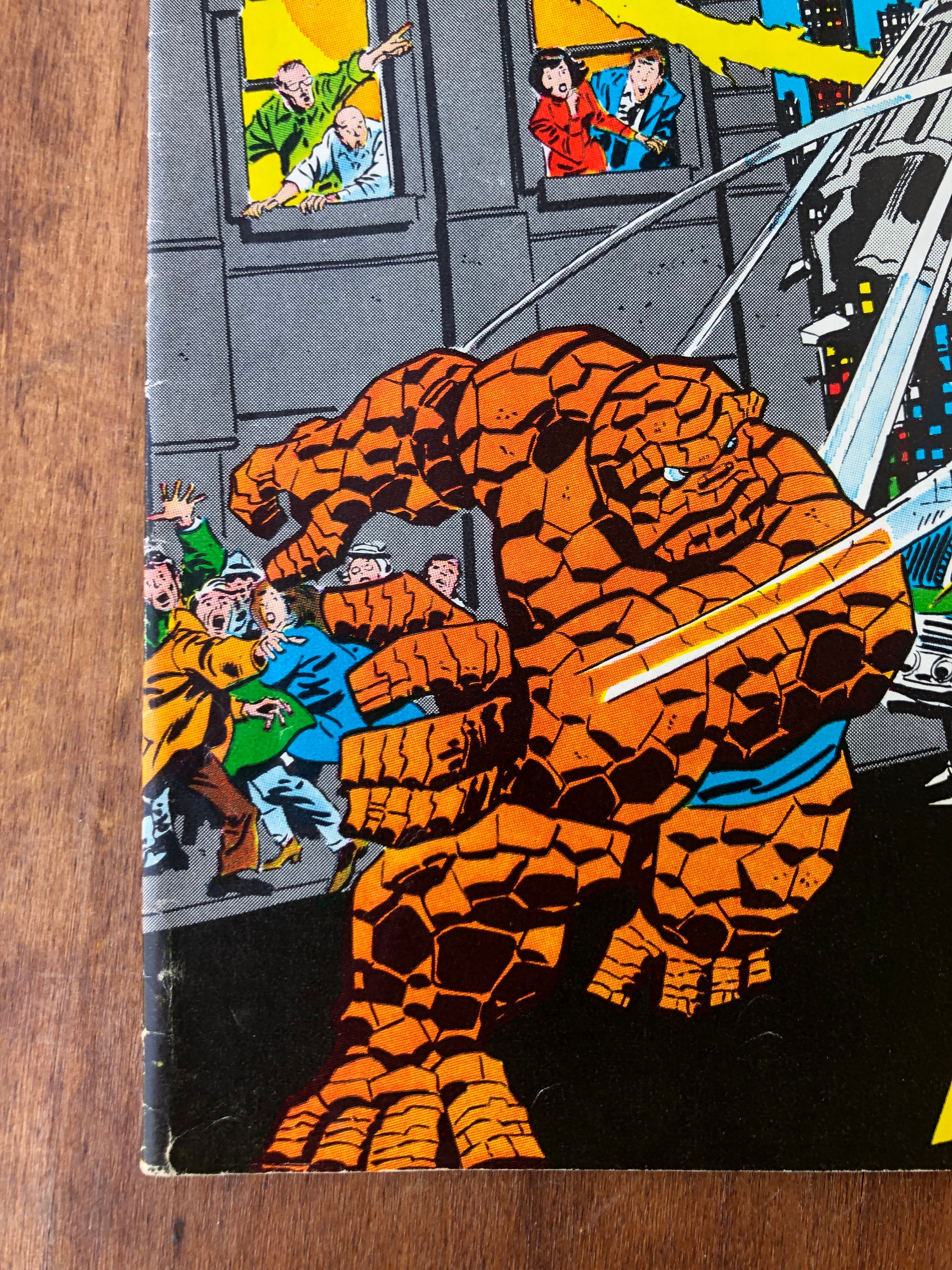 Here is a copy of Fantastic Four #111- June 1971
It is in used condition.
See pics for condition.


The THING...AMOK!
With Ben on a rampage through New York City, Reed deduces that the recent experiment that granted Ben with the ability to change back and fourth between his human and Thing forms has caused a mental imbalance that has made him evil.

As Reed, and Johnny try to contain Ben's rampage, Sue travels back to Whisper Hill with Agatha Harkness, and J. Jonah Jameson begins an editorial against the Fantastic Four. To make matter worse, as Reed is trying to come up with a solution to curing Ben, the landlord of the Baxter building is evicting them and a protest against them is forming on the street below.

As Ben gets under the employ of some robbers, Reed has Johnny send out a message for Bruce Banner to come to the Baxter building at once. On the way in a taxi however, Bruce gets excited enough to transform into the Hulk. Bursting out of the cab, the Hulk comes face to face with the Thing and the two begin to battle.