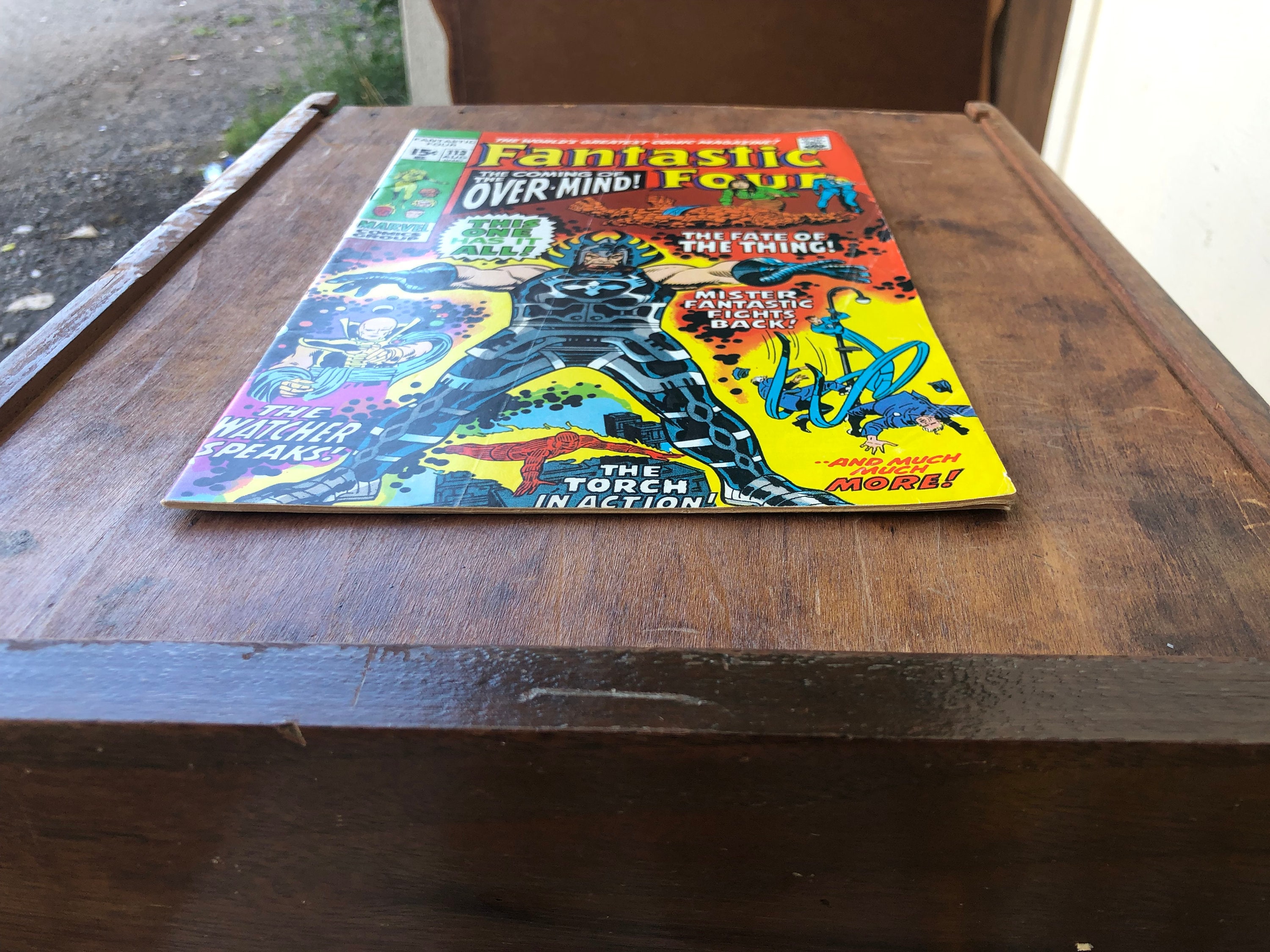 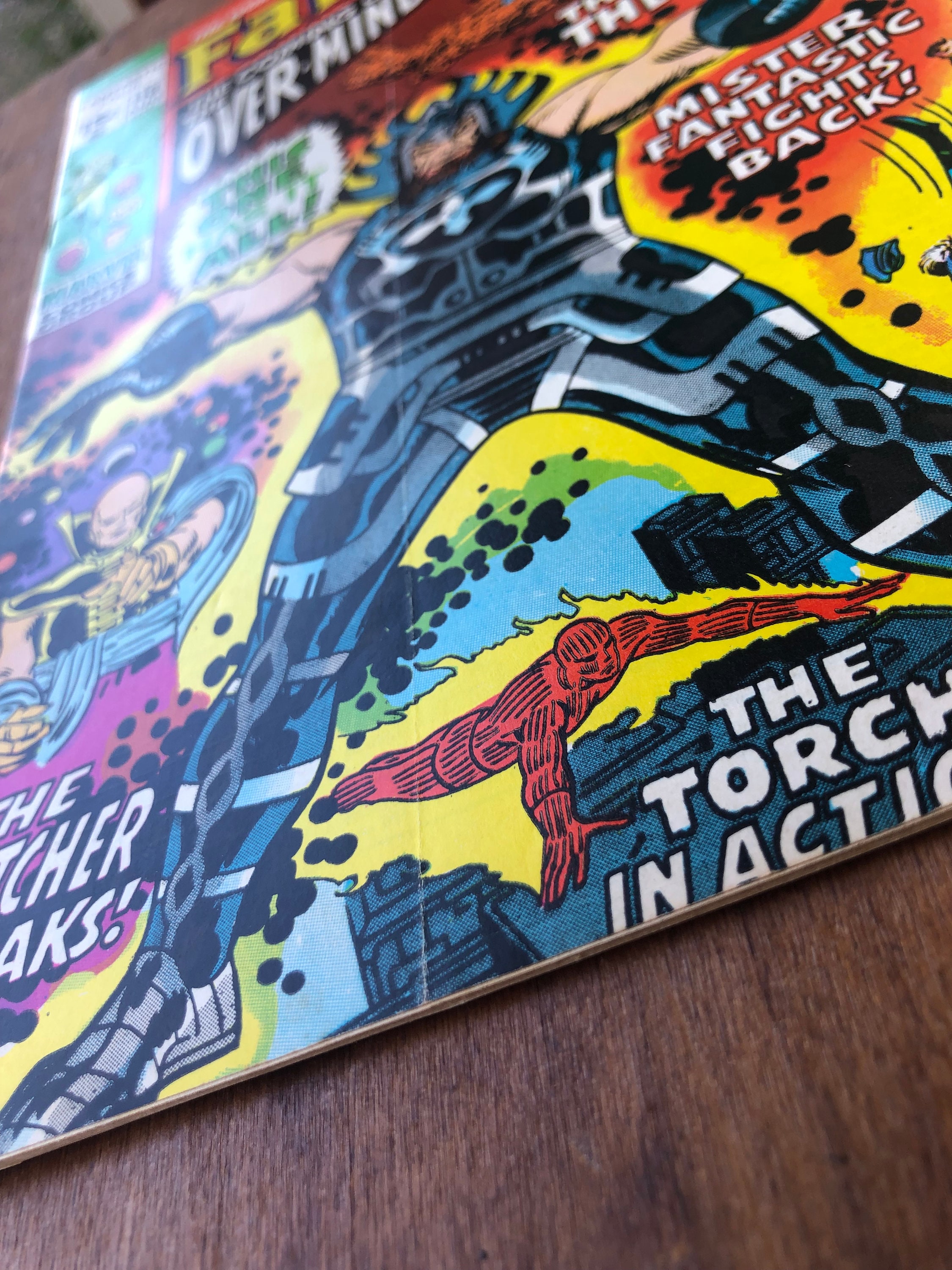 Here is a copy of Fantastic Four #113- August 1971
It is in used condition.
See pics for condition.

As Johnny berates Reed's inaction leading to Ben's death, Bruce Banner slinks away from the fight and the police come to round up the FF. When Sue arrives to protect Johnny, Reed and Alicia, the four escape with Ben's body and return to the Baxter Building. There Reed is able to revive Ben and reverse the side effect, however when Reed suggests using the device to allow him to change back and four between Ben Grimm and the Thing again, Ben smashes it telling all he prefers being the Thing now.

The group is then visited by the Watcher, who warns them to beware the Overmind before disappearing. Being called to the mayors office, they receive a second warning of doom from Agatha Harkness (who also implies that Franklin sensed the danger as well) Arriving at the mayors office, the FF are ordered to disband, regardless of whatever apparent threat may be coming. After the group leaves, the mayor meets with the Overmind, who has been taking control of people one by one and intends to take over the minds of the most powerful military and political minds on the planet.