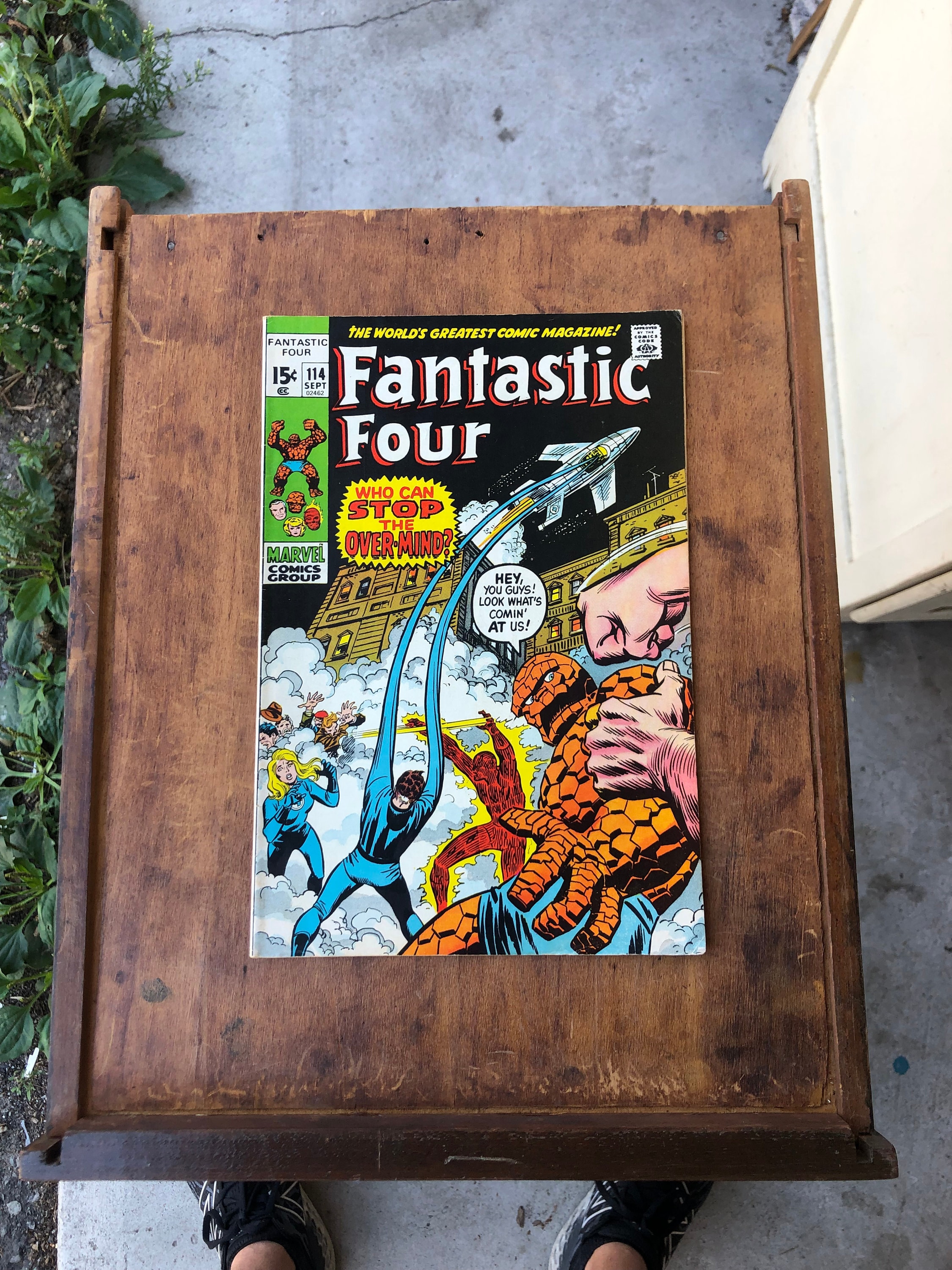 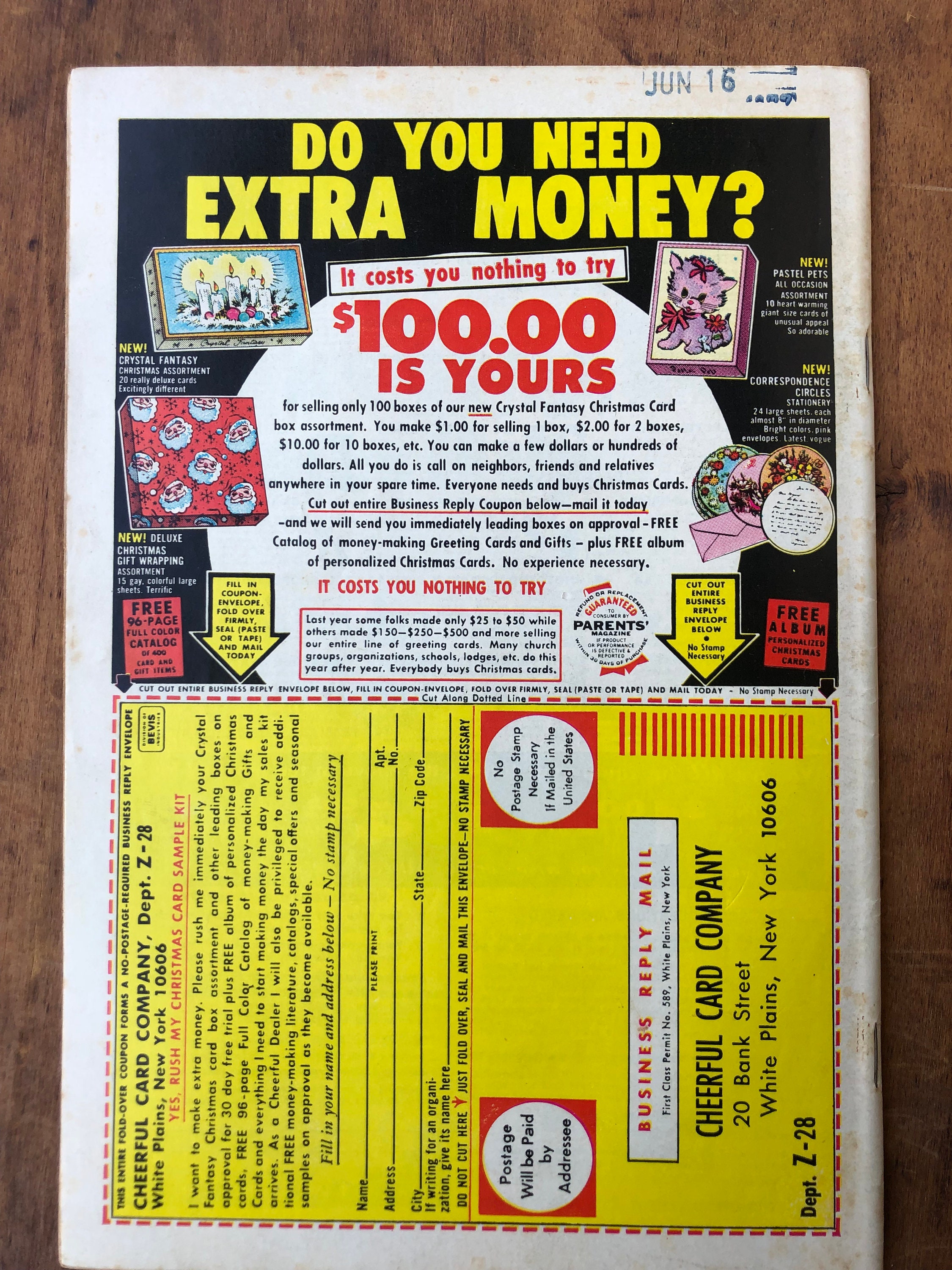 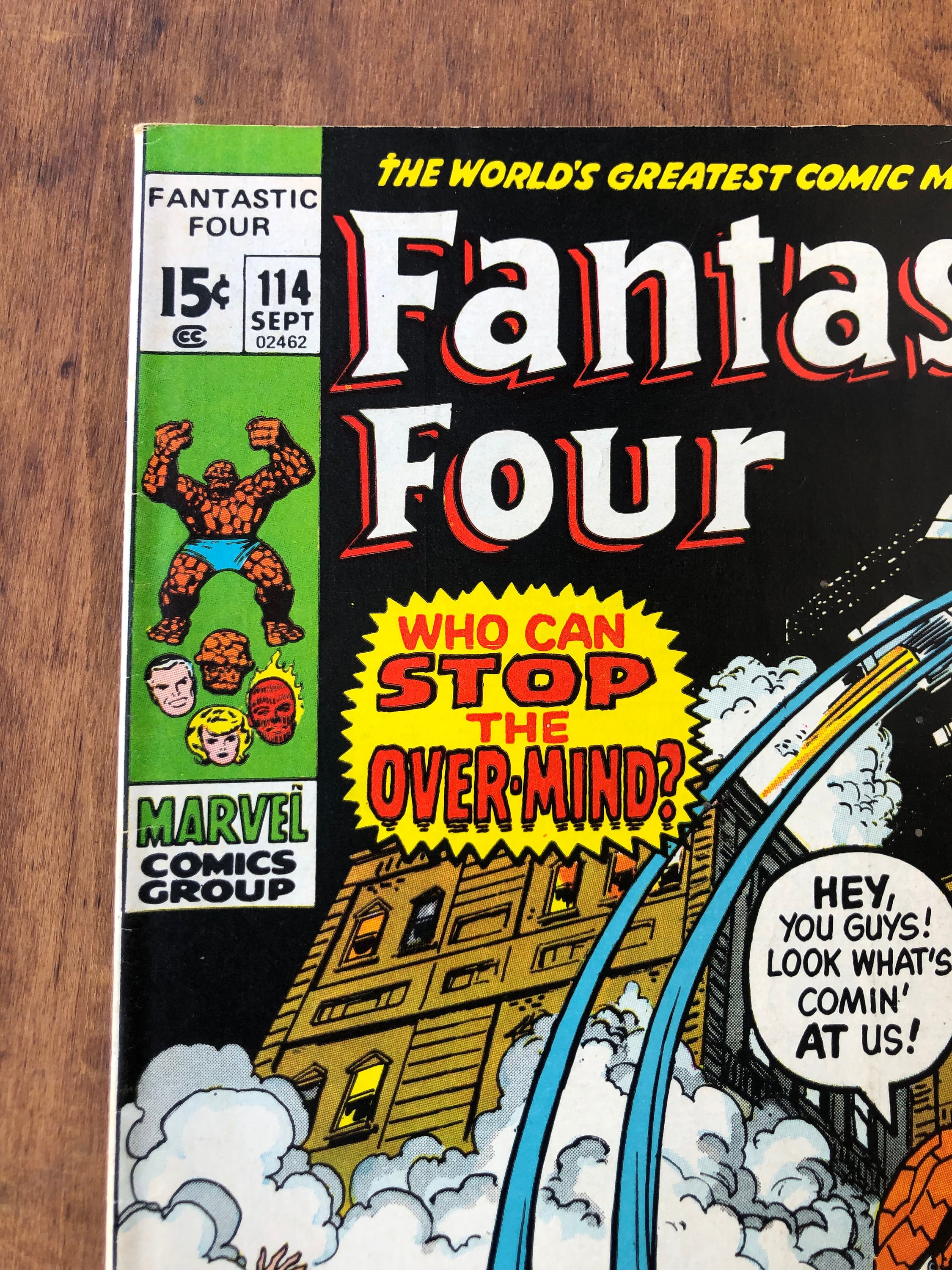 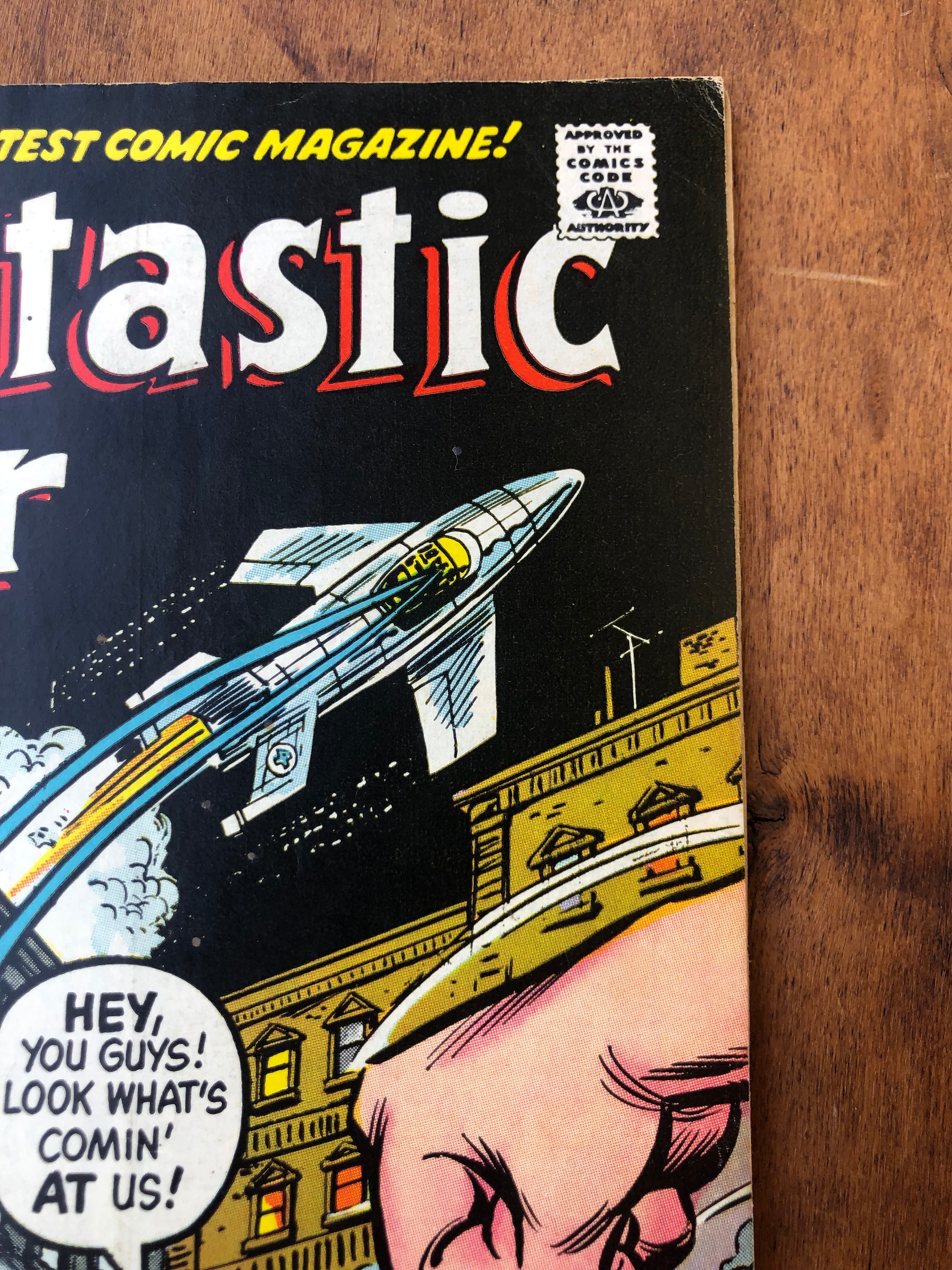 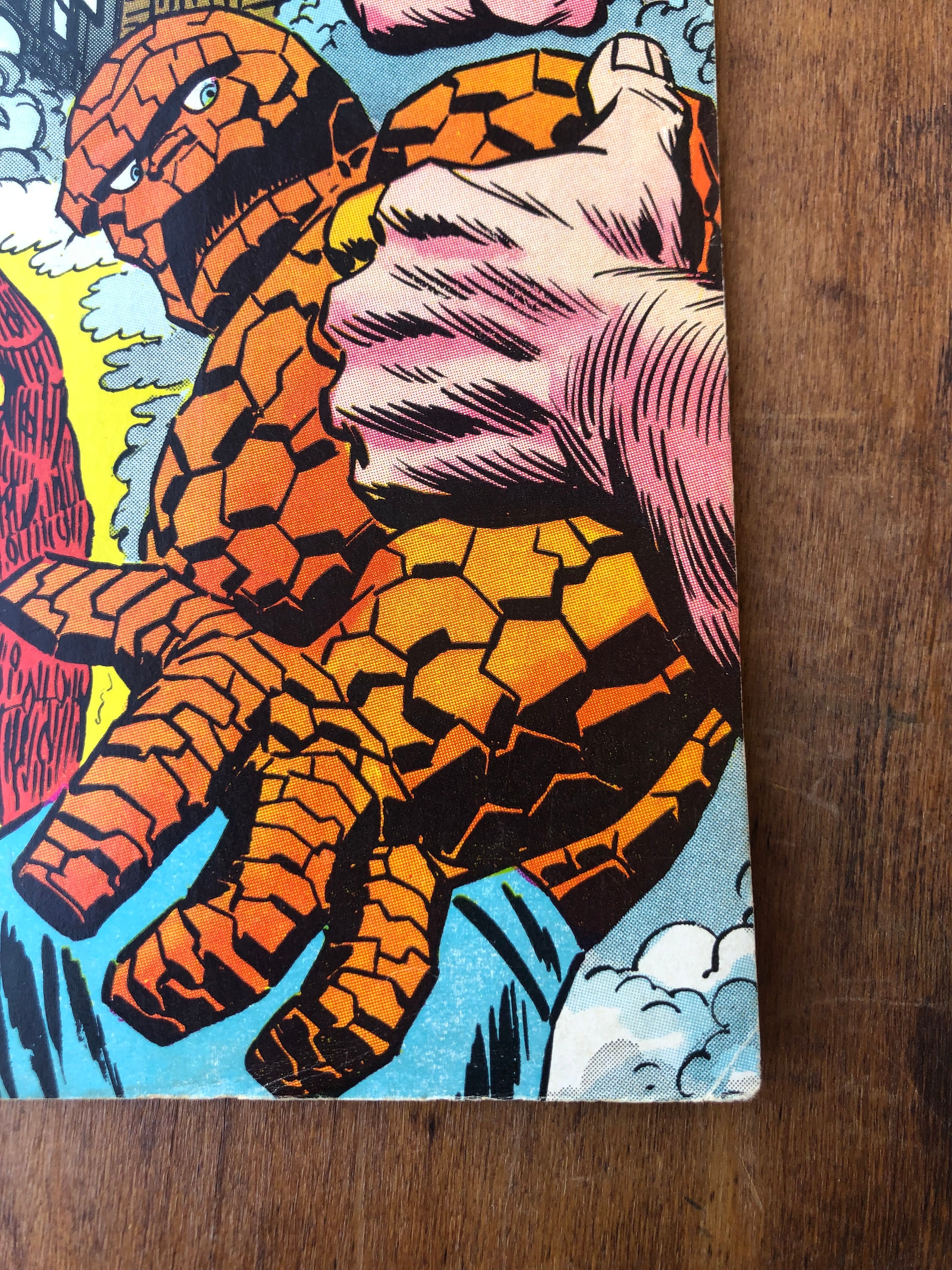 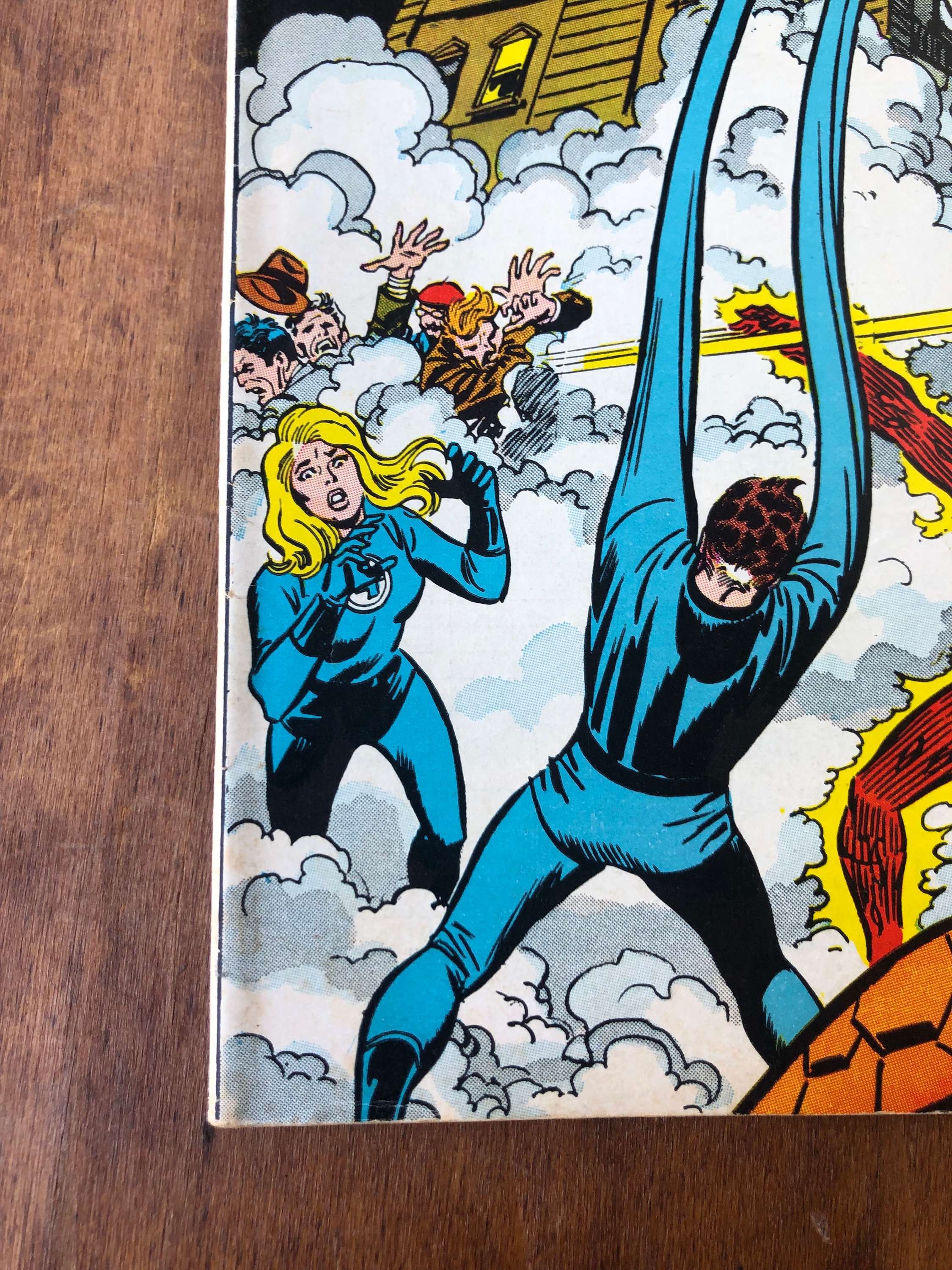 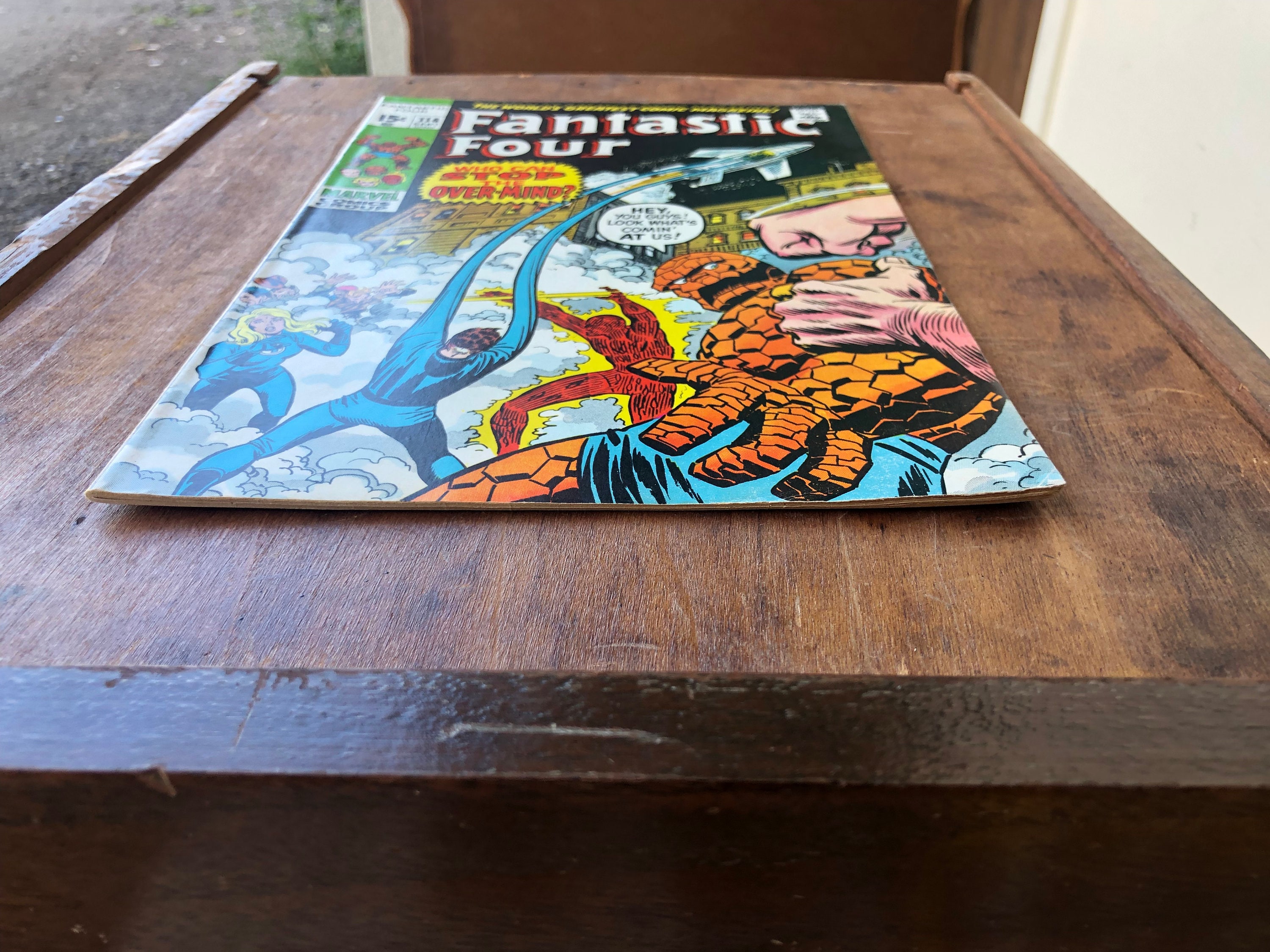 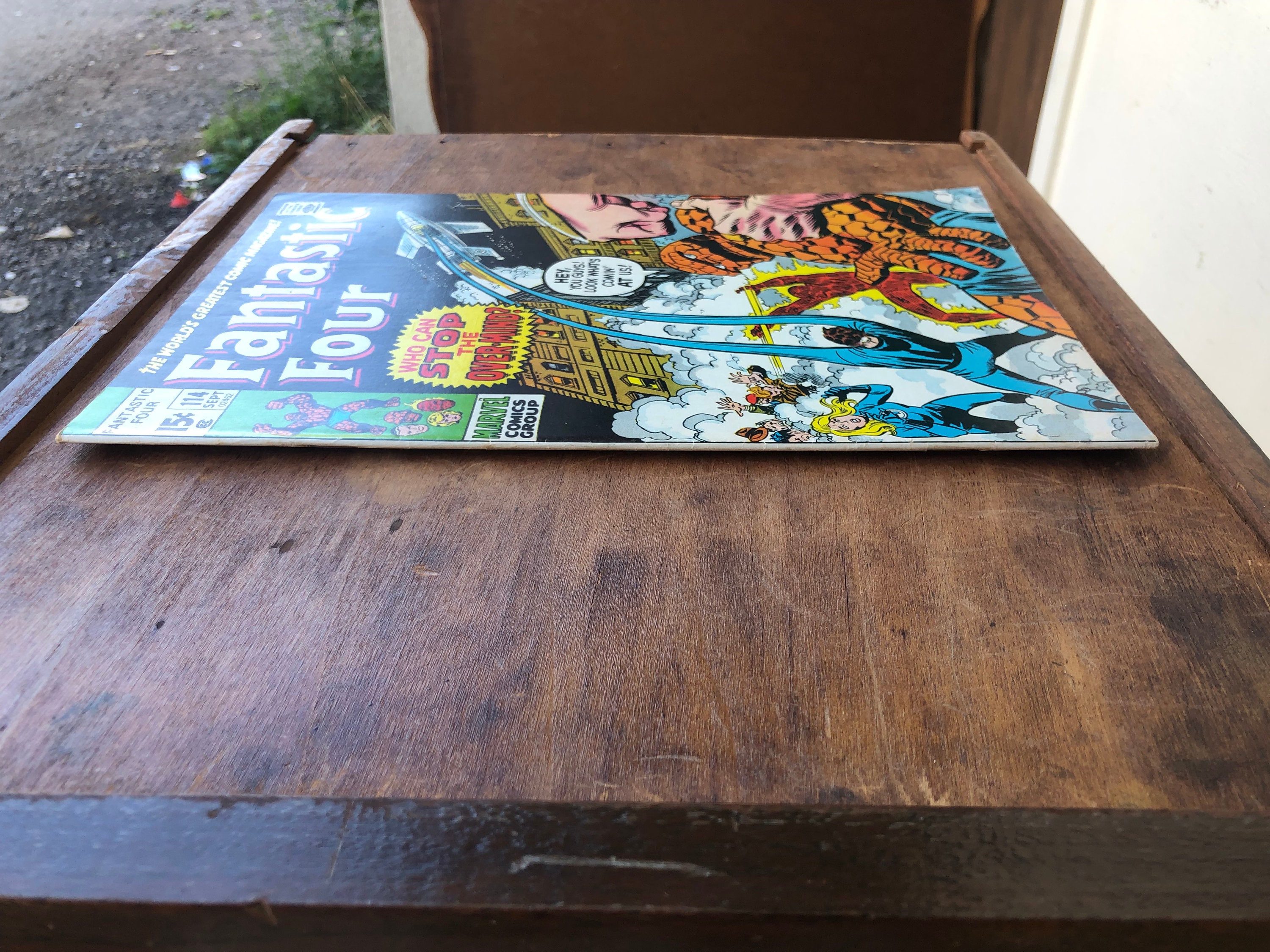 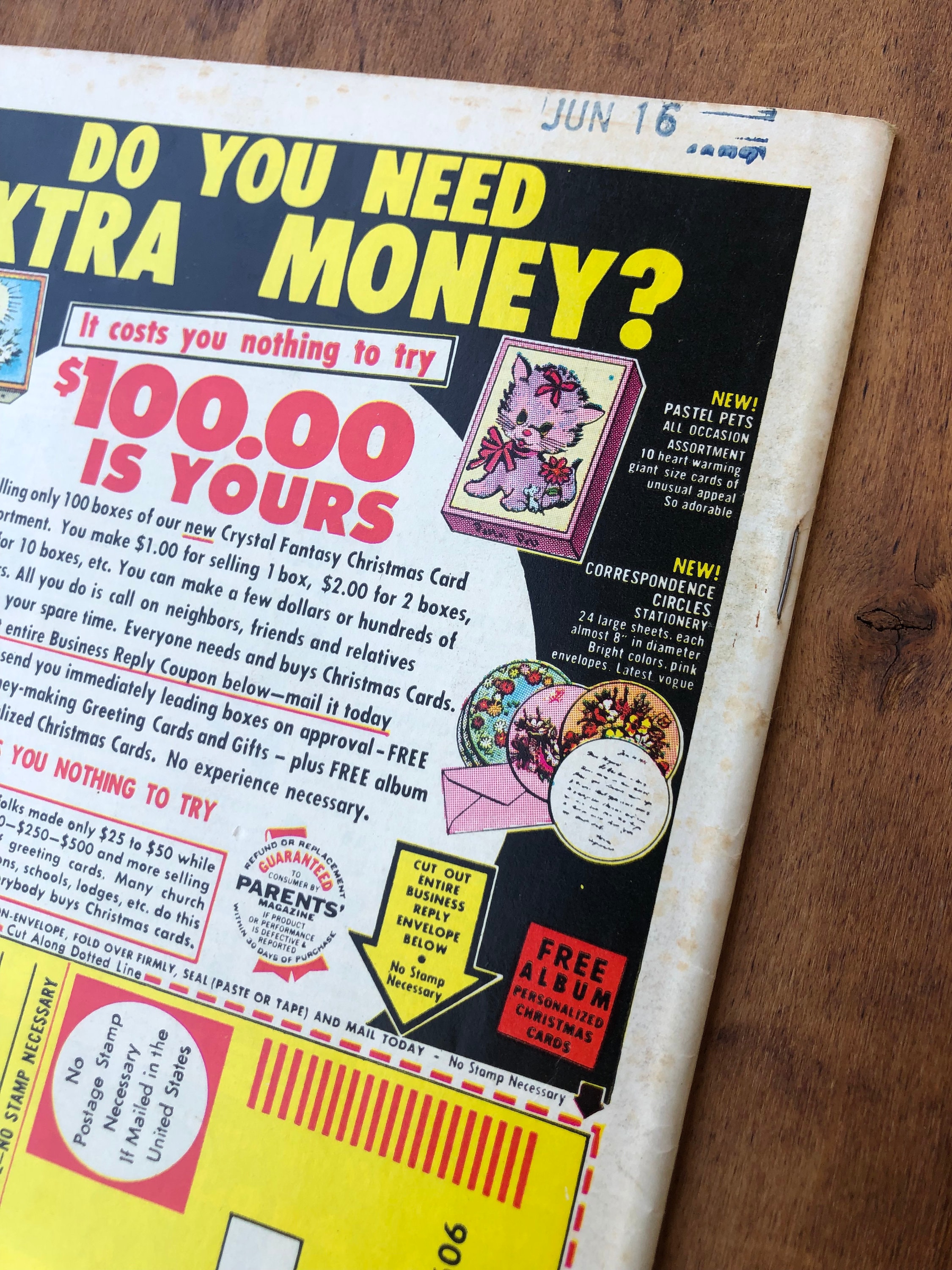 Here is a copy of Fantastic Four #114-September 1971
It is in used condition.
See pics for condition.

But WHO Shall STOP The OVER-MIND?
Having to pay bail, the Fantastic Four leave the court house to a mob of anti-FF protesters, among the crowd the Overmind watching the situation unfold. When Reed pulls the Pogo-Plane from the Baxter Building so that they may fly home over the mob, they are attacked by the Overmind.

After a brief battle in which Johnny is injured, the group manages to escape to try and figure out their next course of action. Realizing that they need to know what they are up against, the Four travel to Whisper Hill to visit Agatha Harkness. There, Ben and Johnny offer their strength to Agatha so that she may project her mind across space to appear before the Watcher. Having been waiting for Agatha's appearance, the Watcher is about to tell Agatha the origin of the Overmind, and why his existence will lead to the doom of the universe.