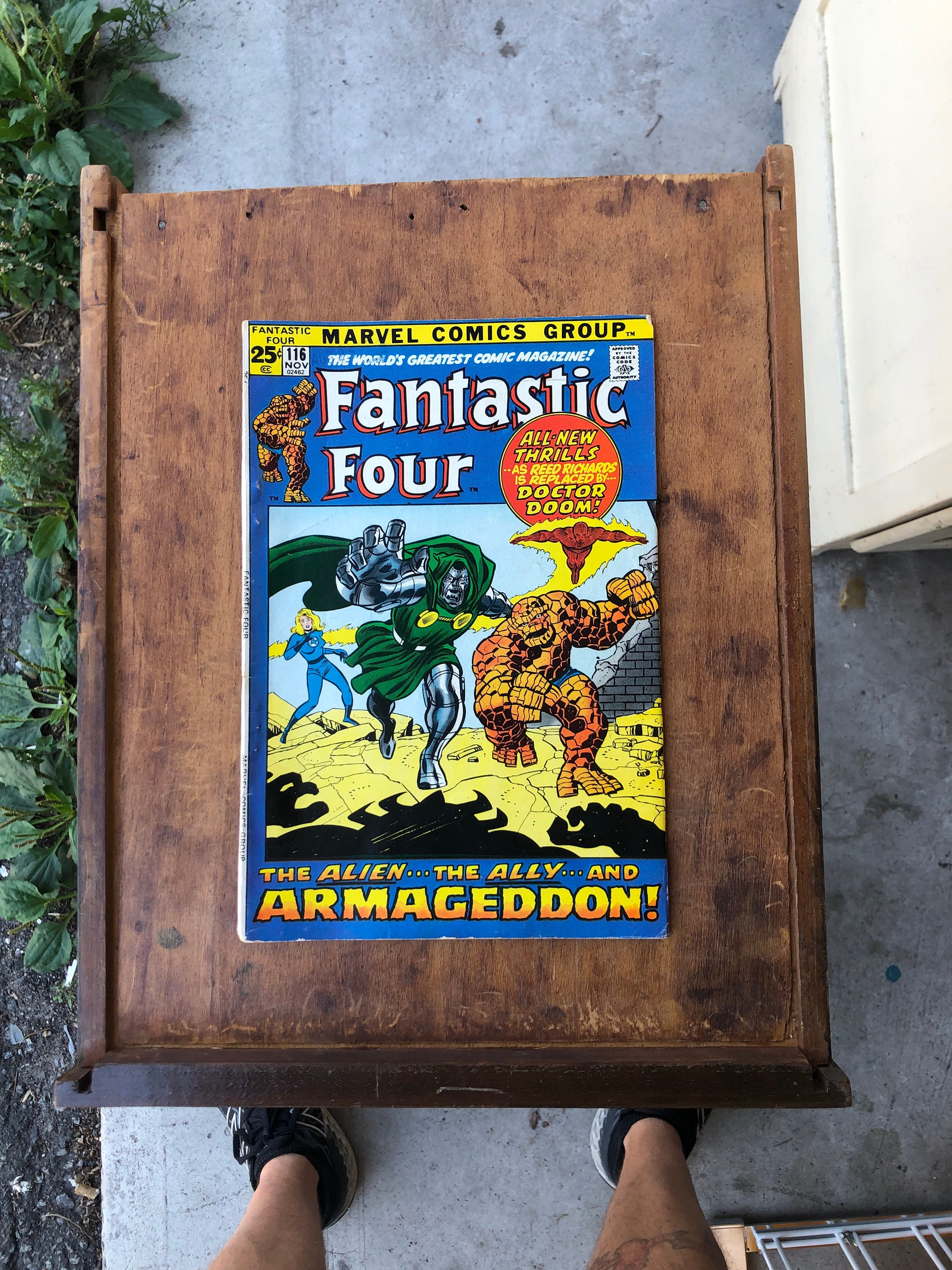 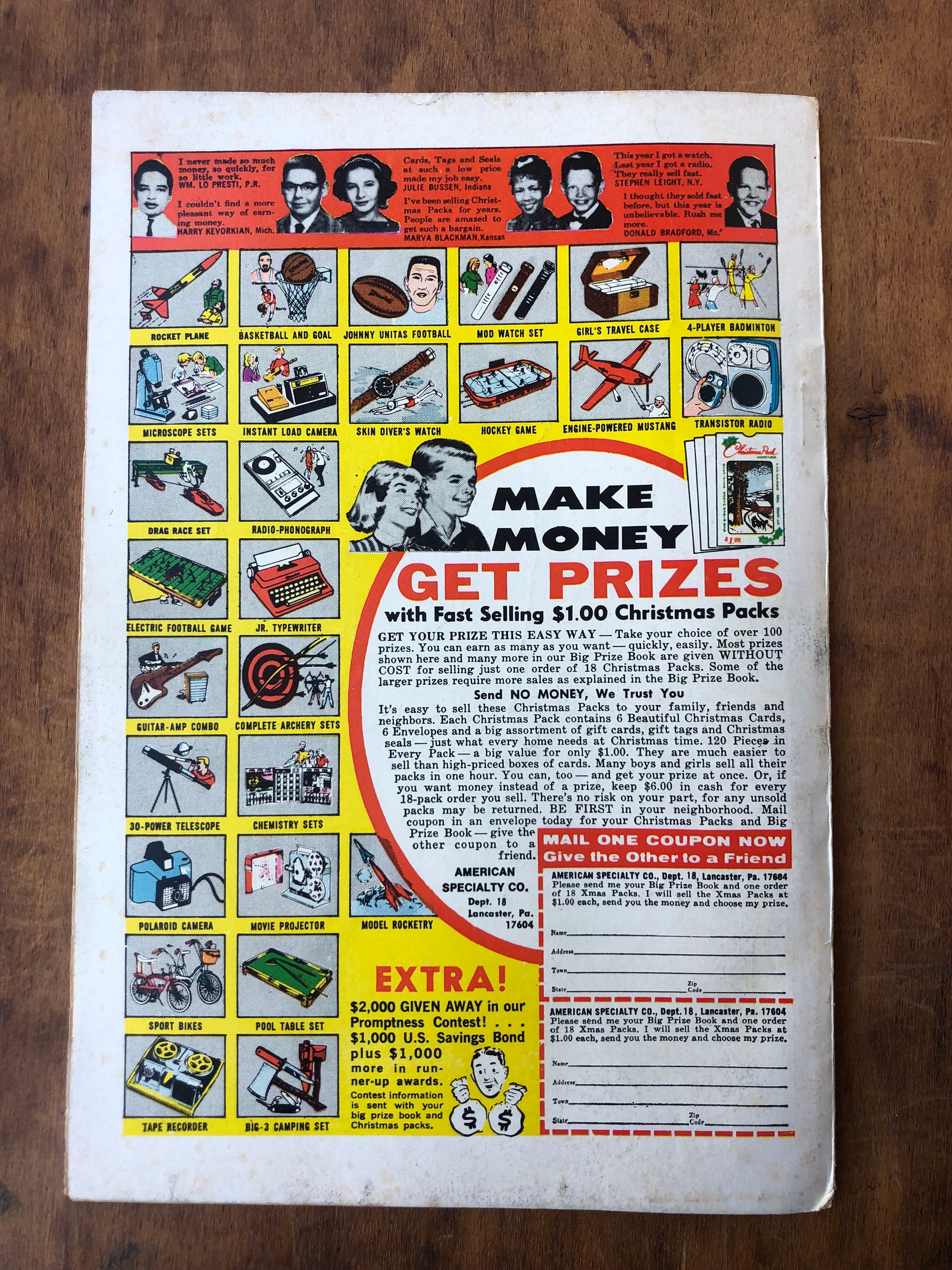 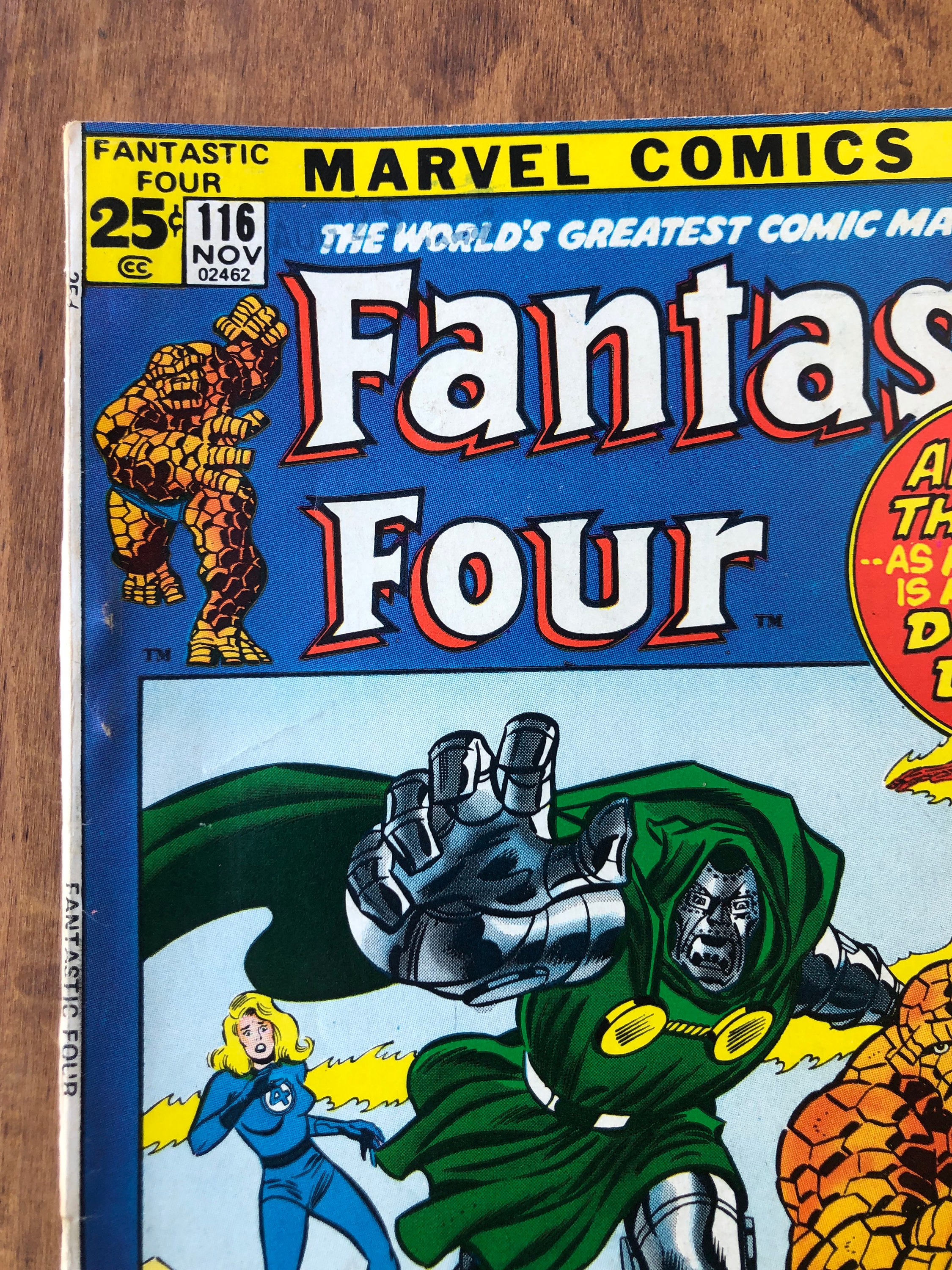 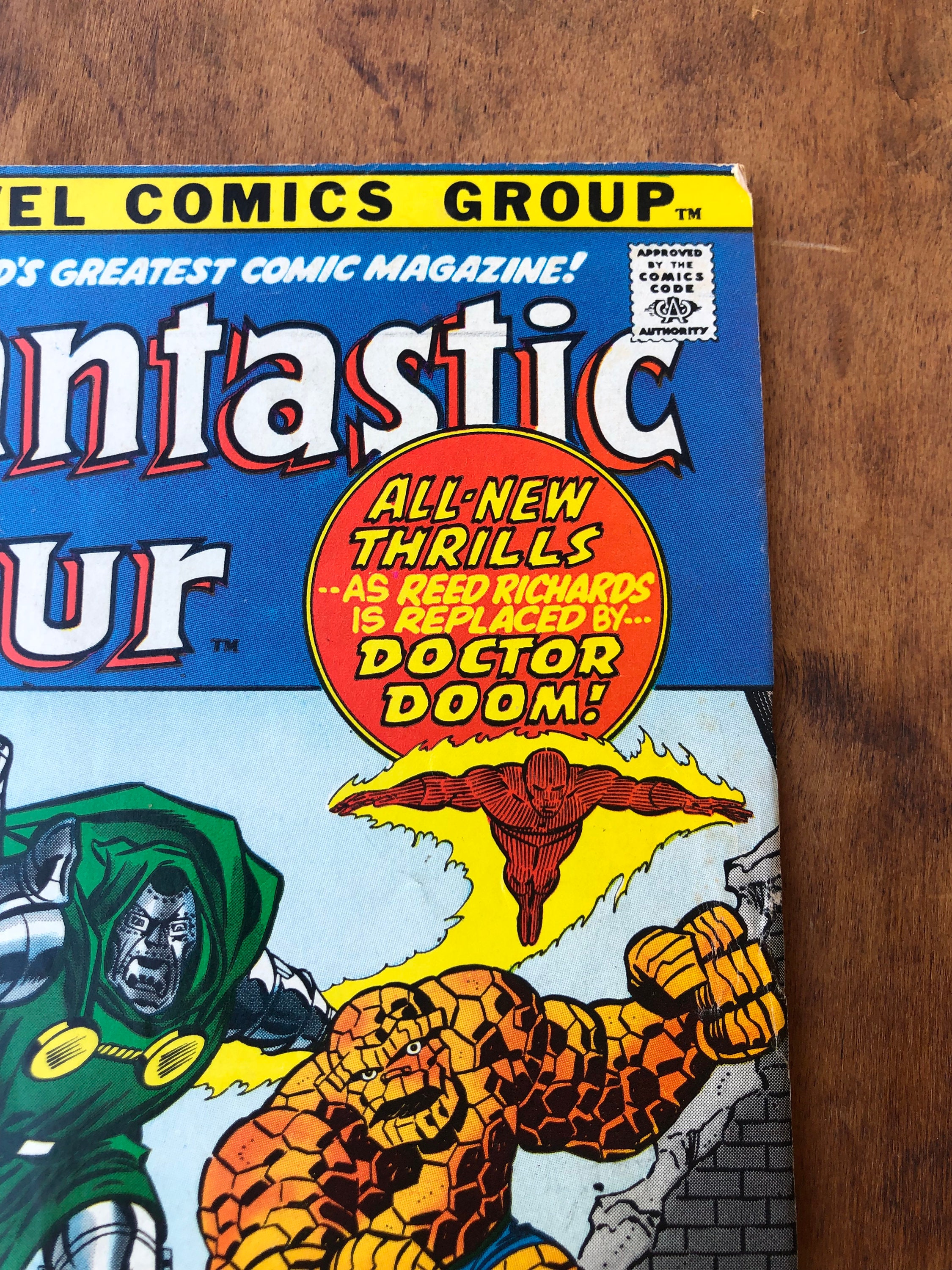 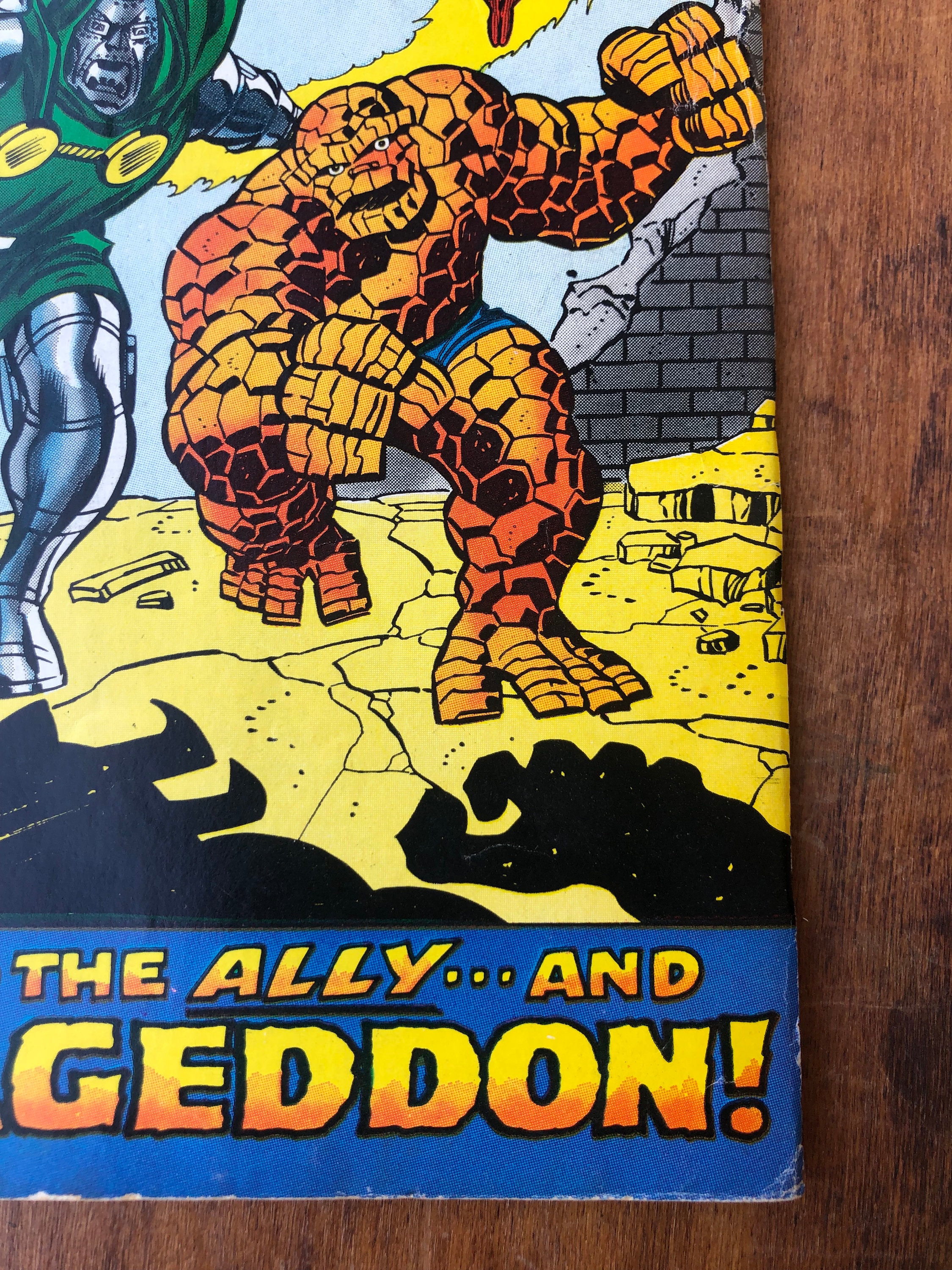 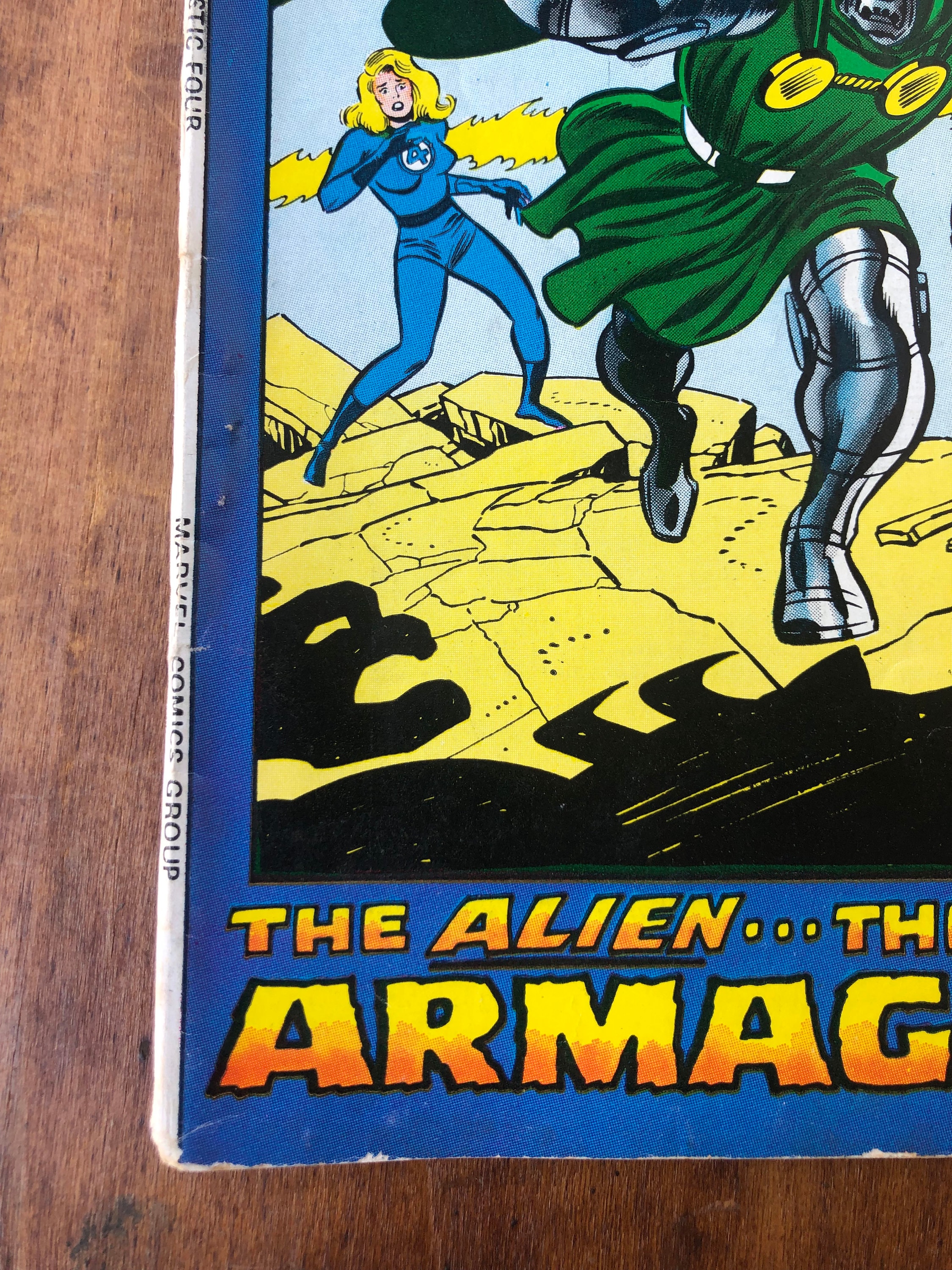 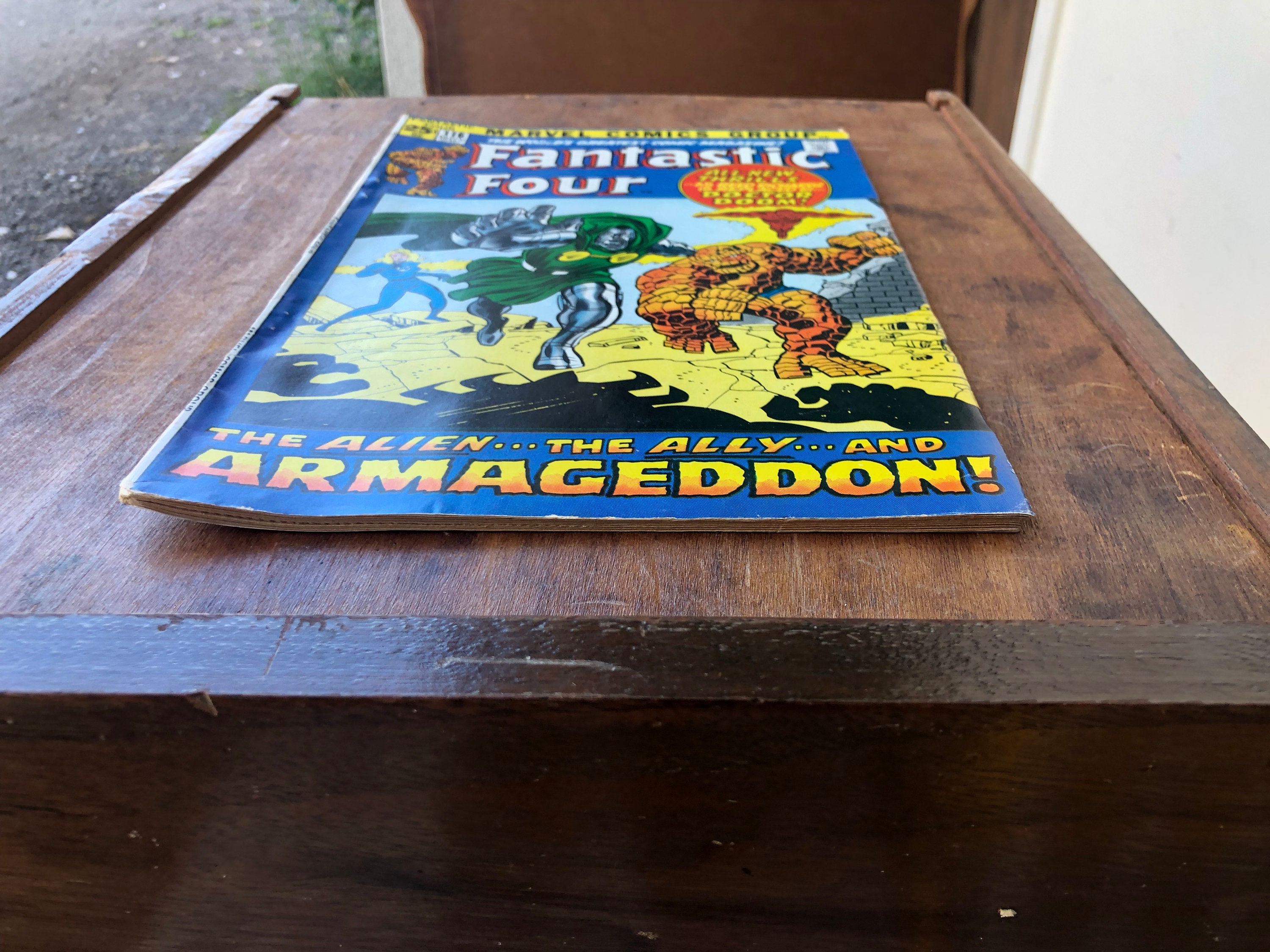 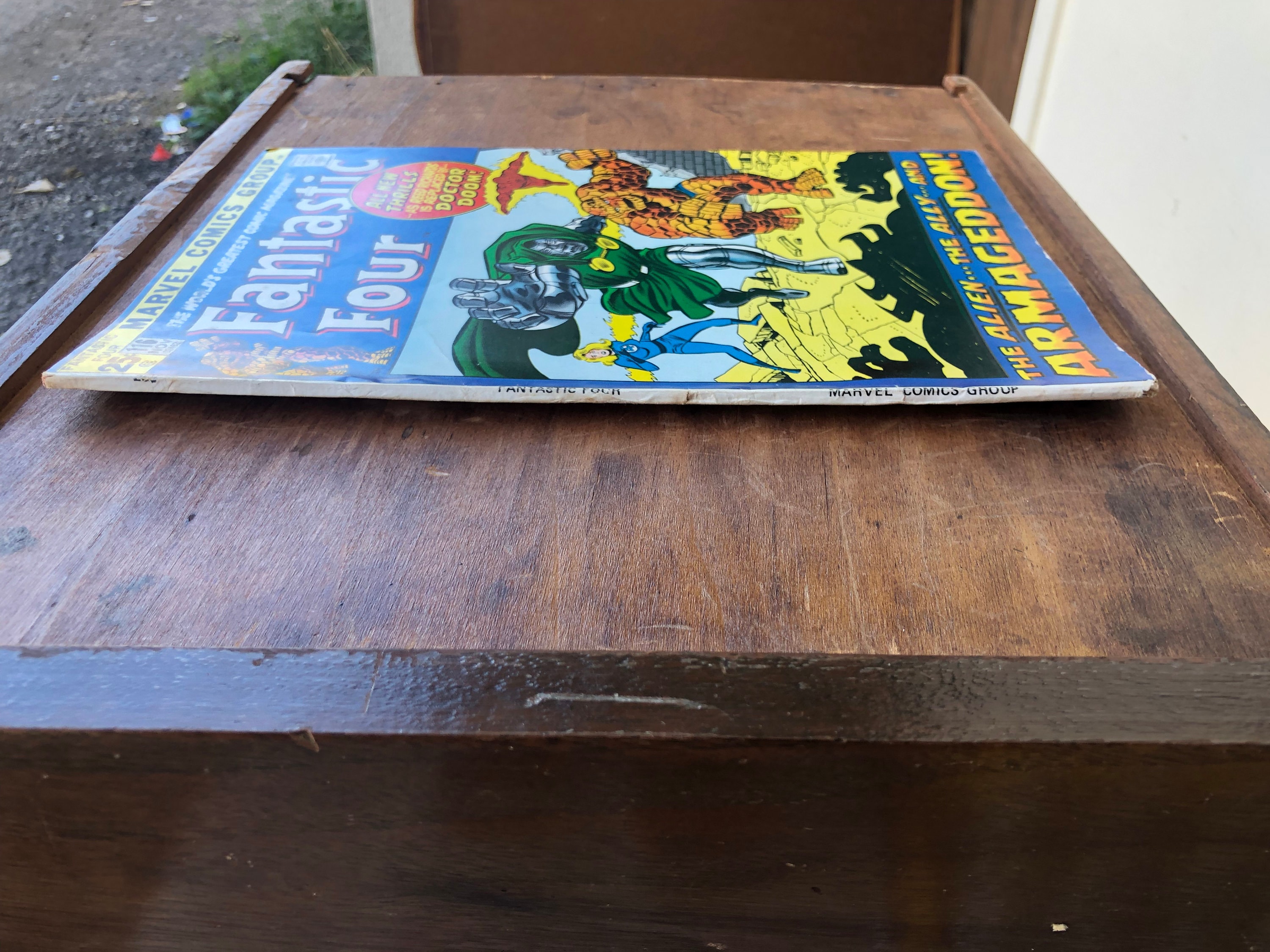 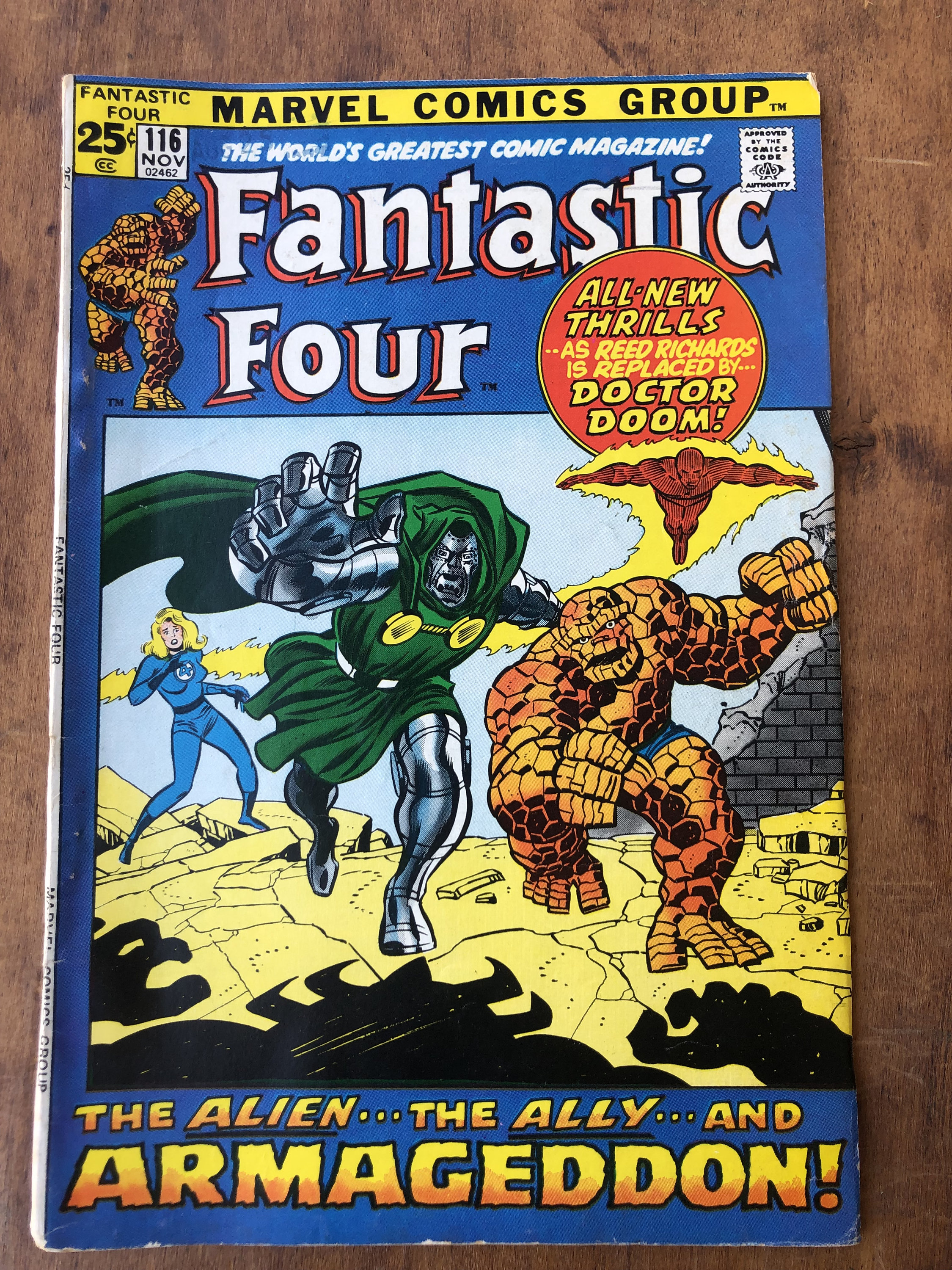 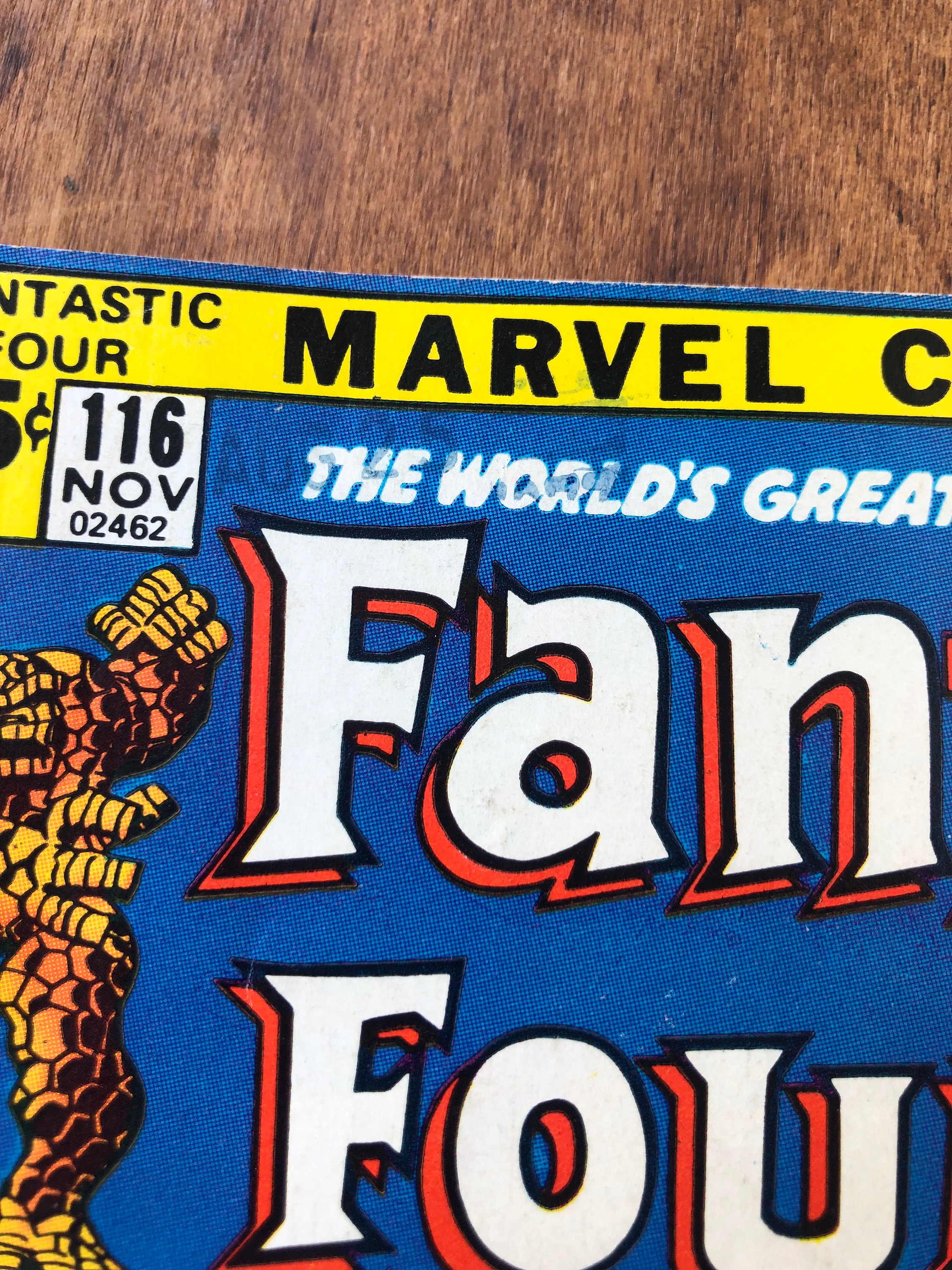 Here is a copy of Fantastic Four #116-November 1971
It is in used condition.
See pics for condition.

1) The ALIEN---The ALLY---And ARMAGEDDON! 2) Now Falls The FINAL HOUR!
With the Over-Mind trying to probe Reed's mind for all it's scientific secrets, he is stopped when Johnny and Ben attack. Meanwhile Sue searches for allies to help them fight the Overmind but finds that there are no heroes around, and that the Avengers are on a mission elsewhere. Petitioning Agatha for aid, Agatha tells Susan that she may find an ally in Dr. Doom, and actually manages to convince the monarch to help them stop the Overlord.

Sue and Doom joining the fight and while Doom assists Johnny and Ben fighting the Overmind, Sue is attacked by Reed, however when Reed almost kills her his love for her makes him snap out of the Overmind's control. As the battle against the Overmind rages on it's suddenly interrupted by the arrival of the Stranger, who claims to be the sum of all the minds of Gigantus come to stop the Overmind for revenge, he then banishes the Overmind to the Microverse before leaving to Earth. After the battle Doom departs, expressing that next time they meet they shall be enemies once more, and the Watcher arrives to advise the FF that the danger has passed.