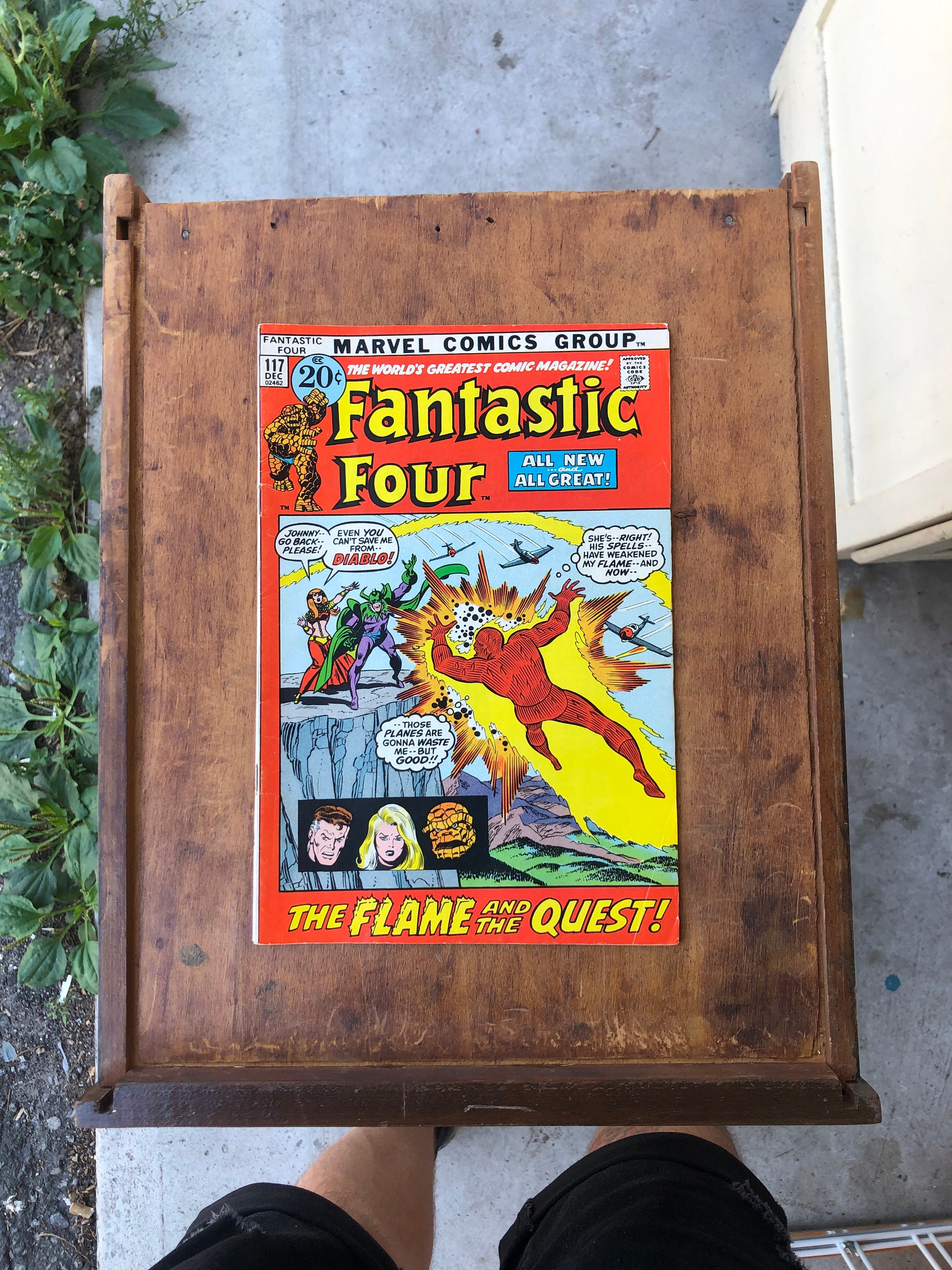 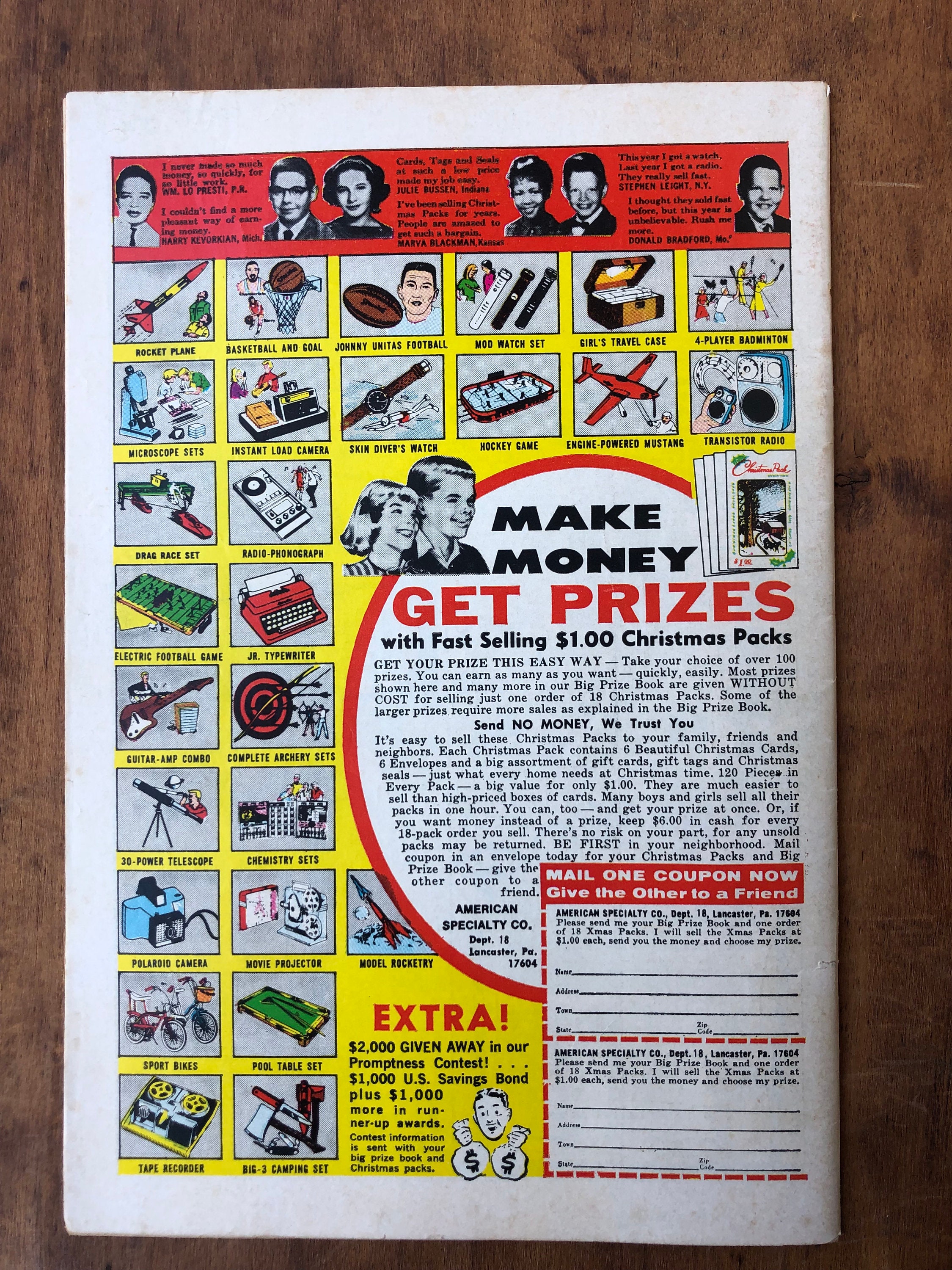 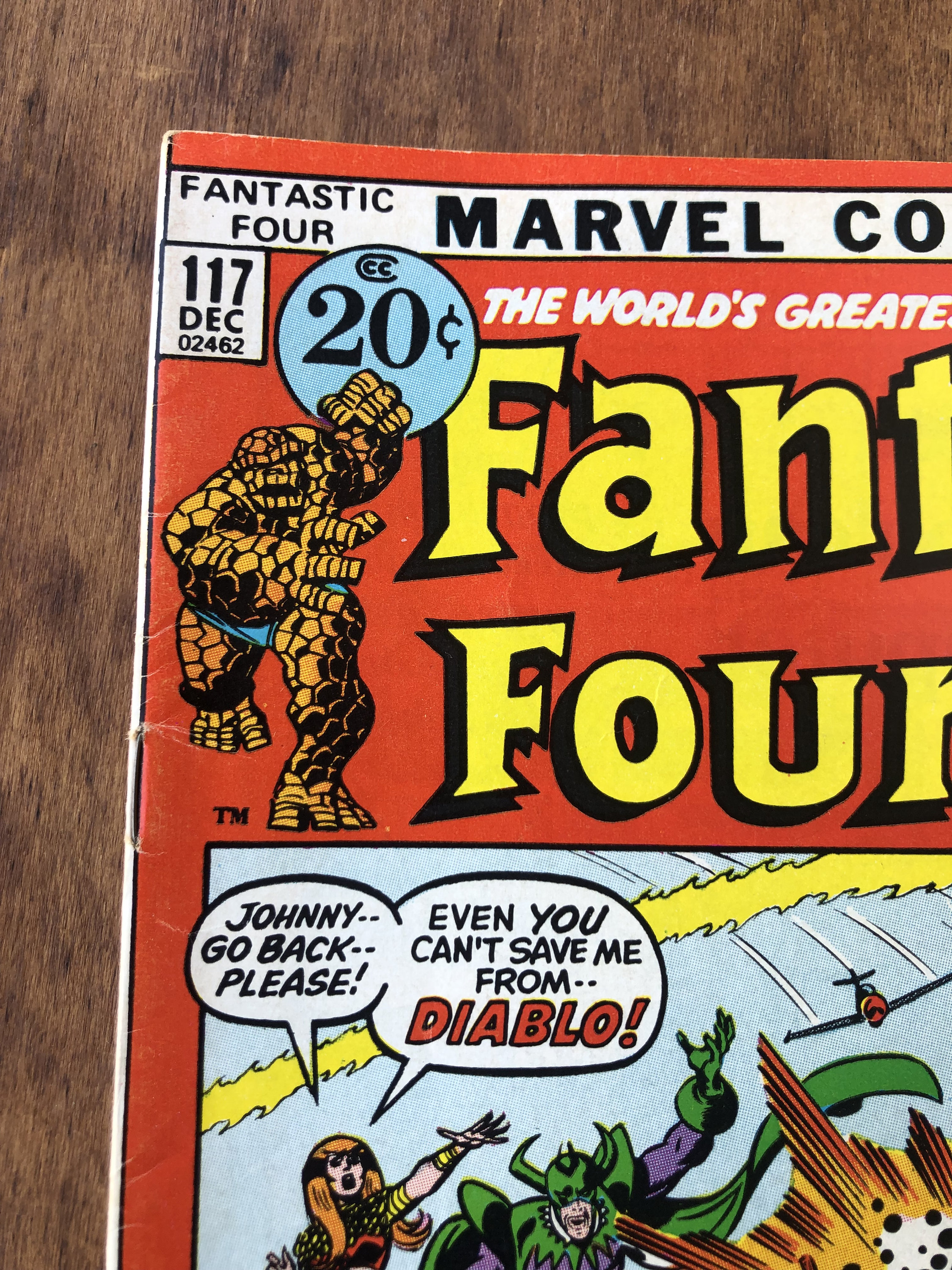 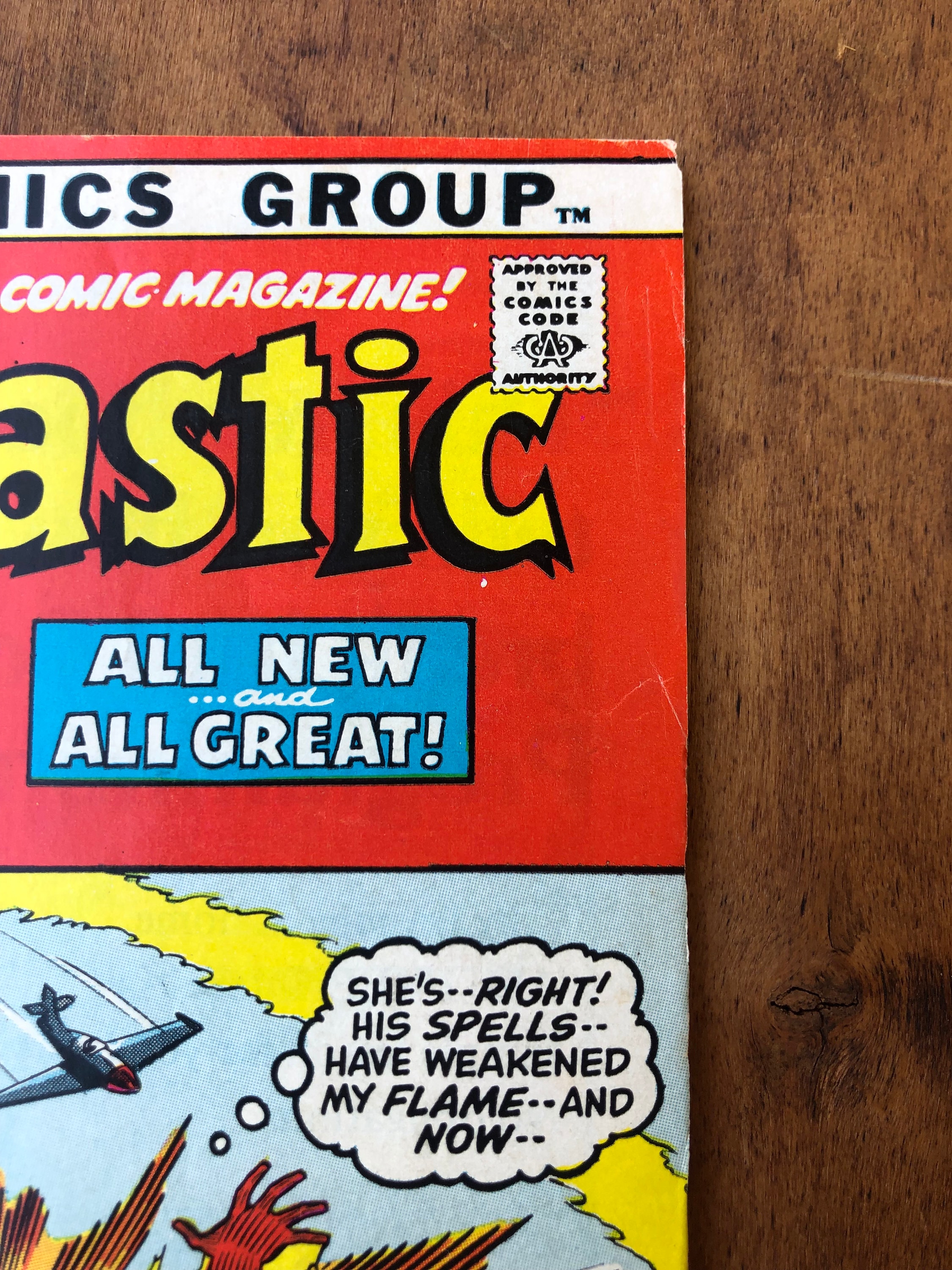 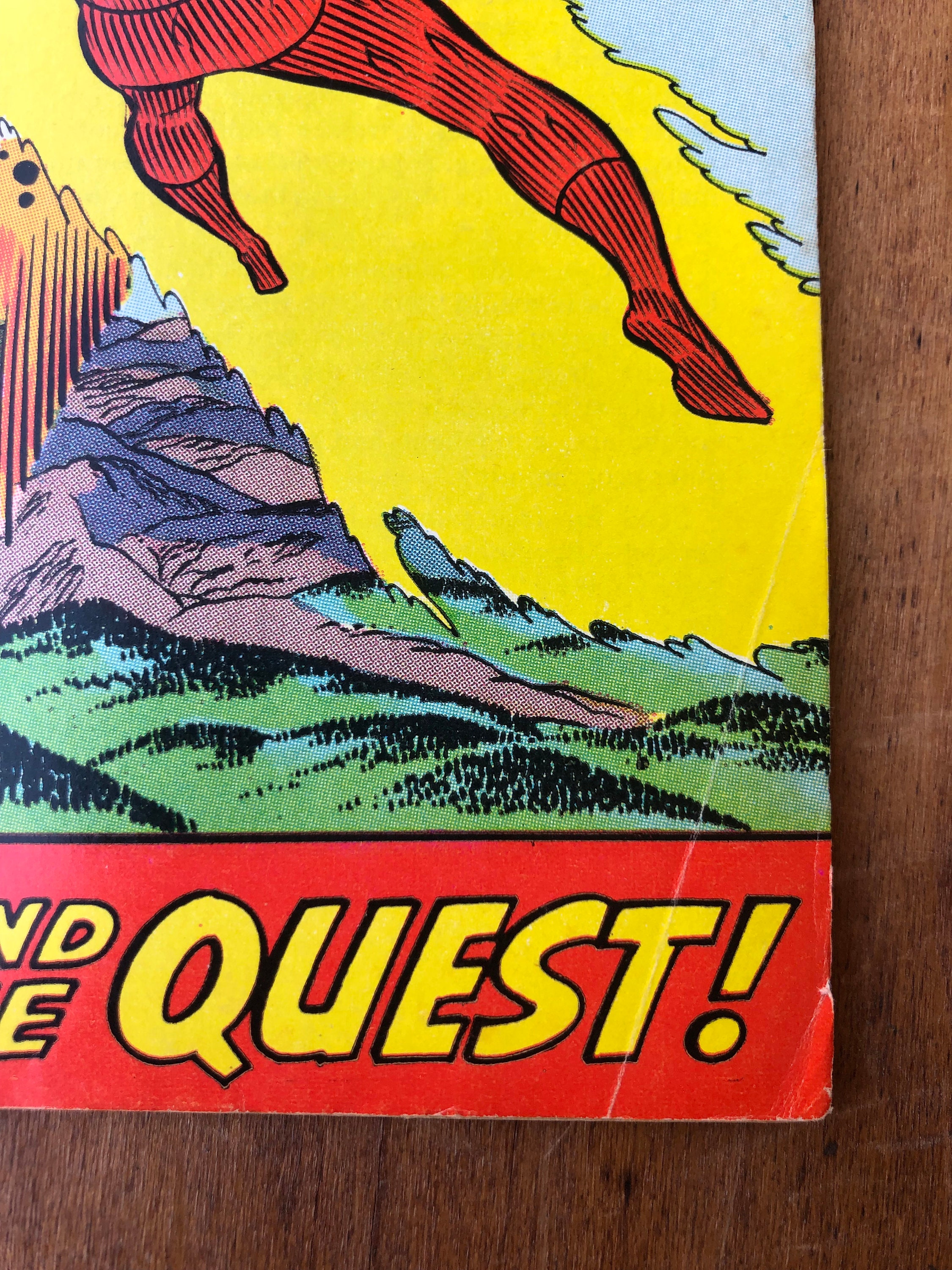 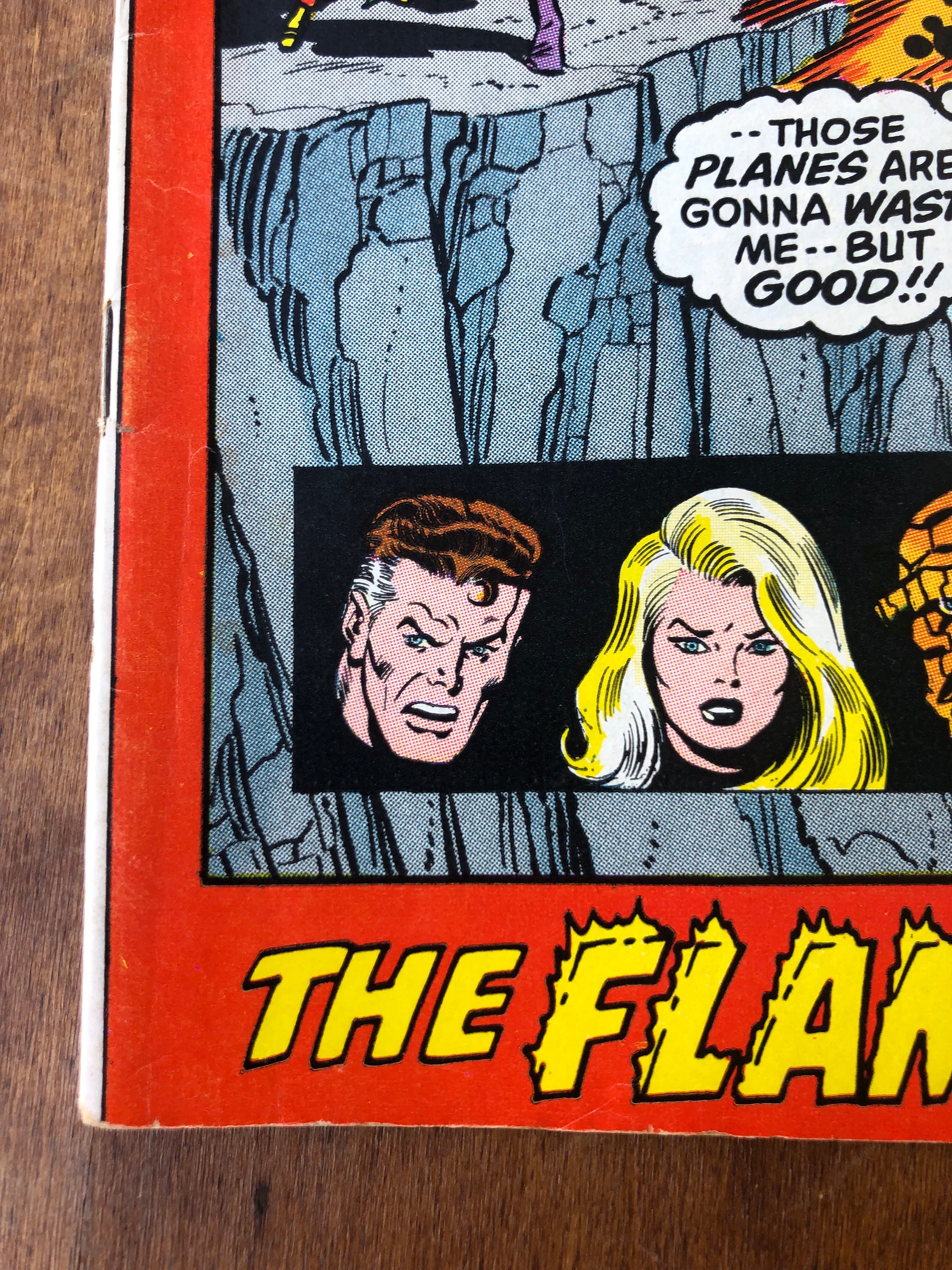 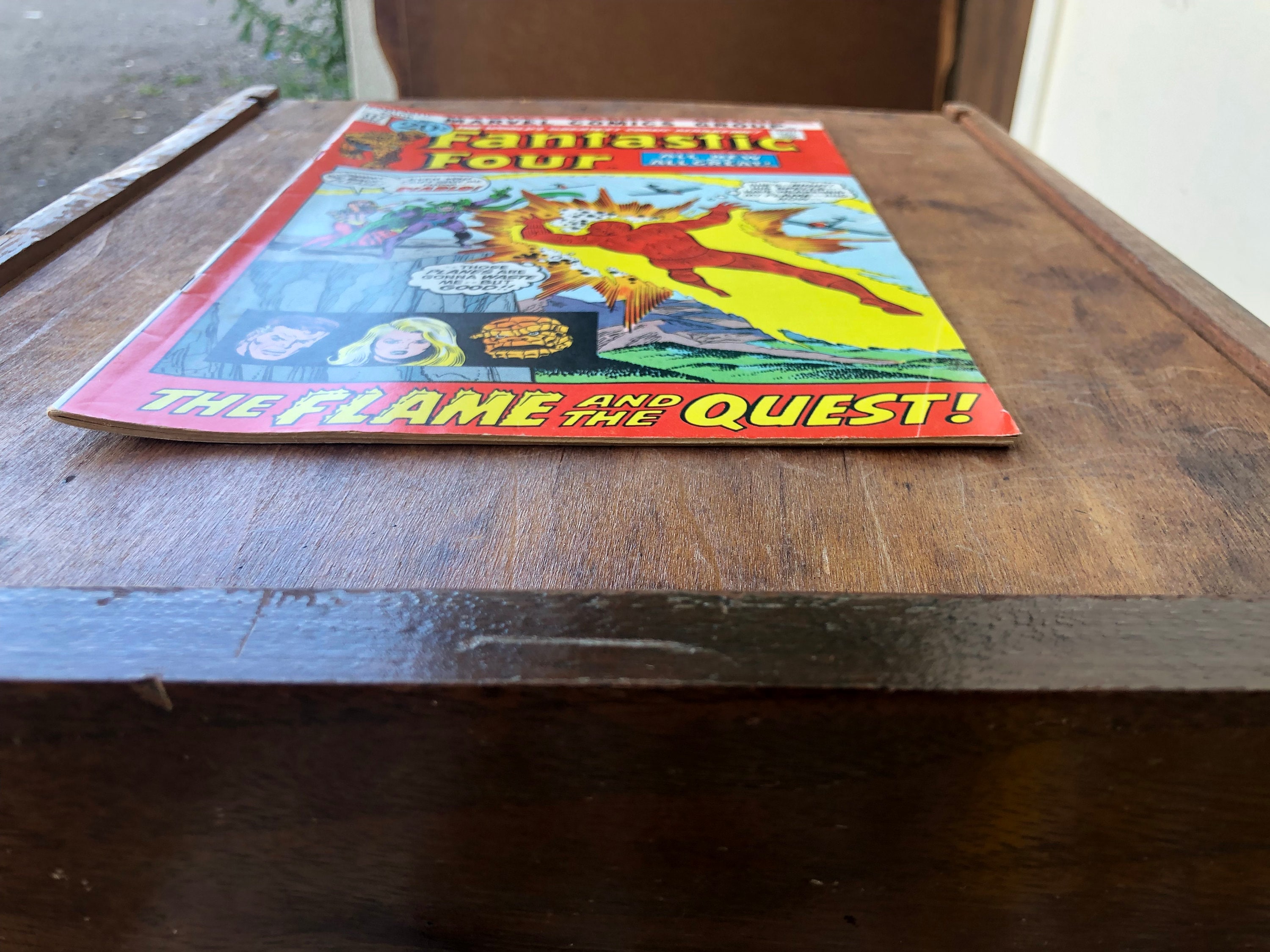 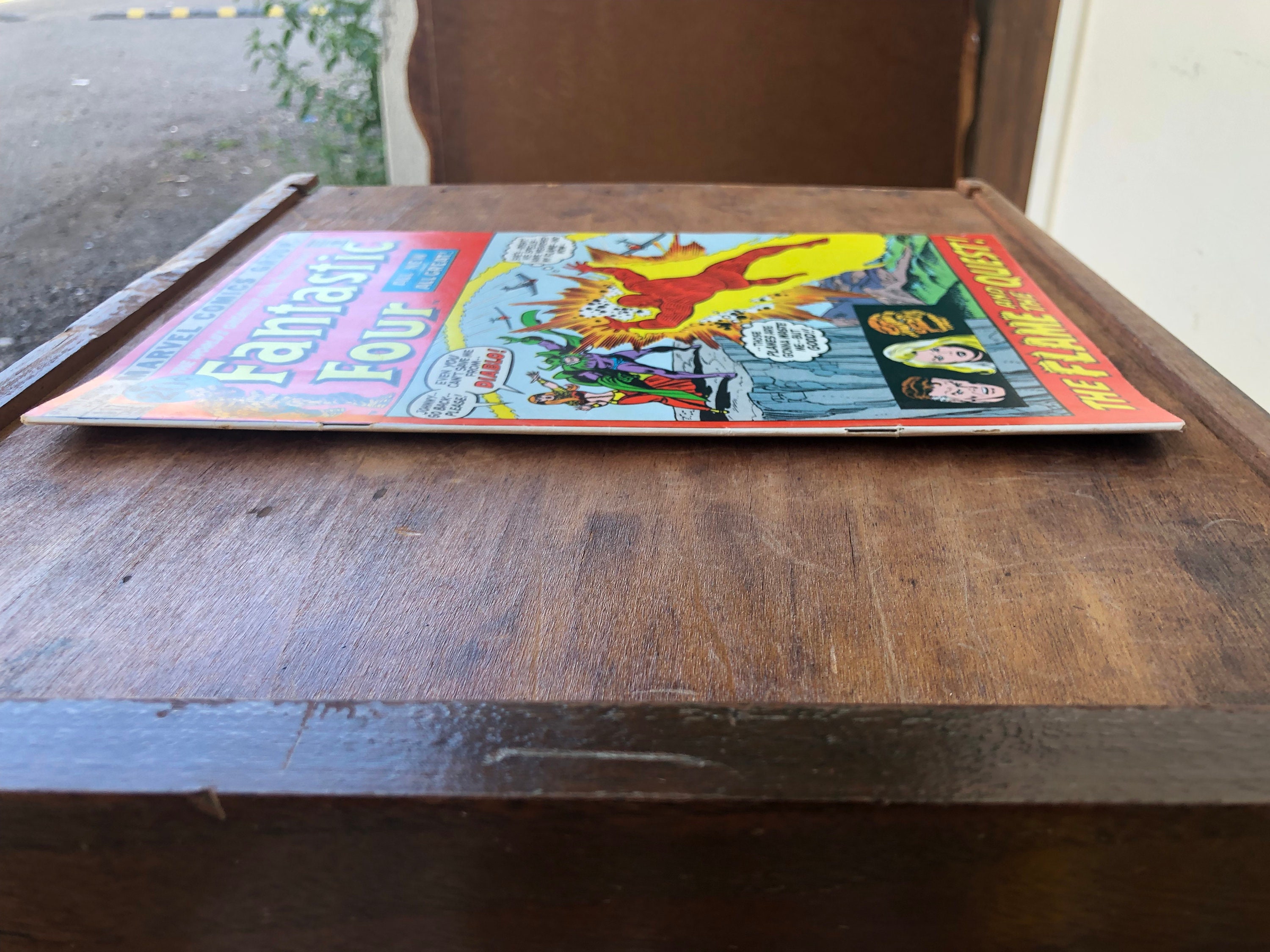 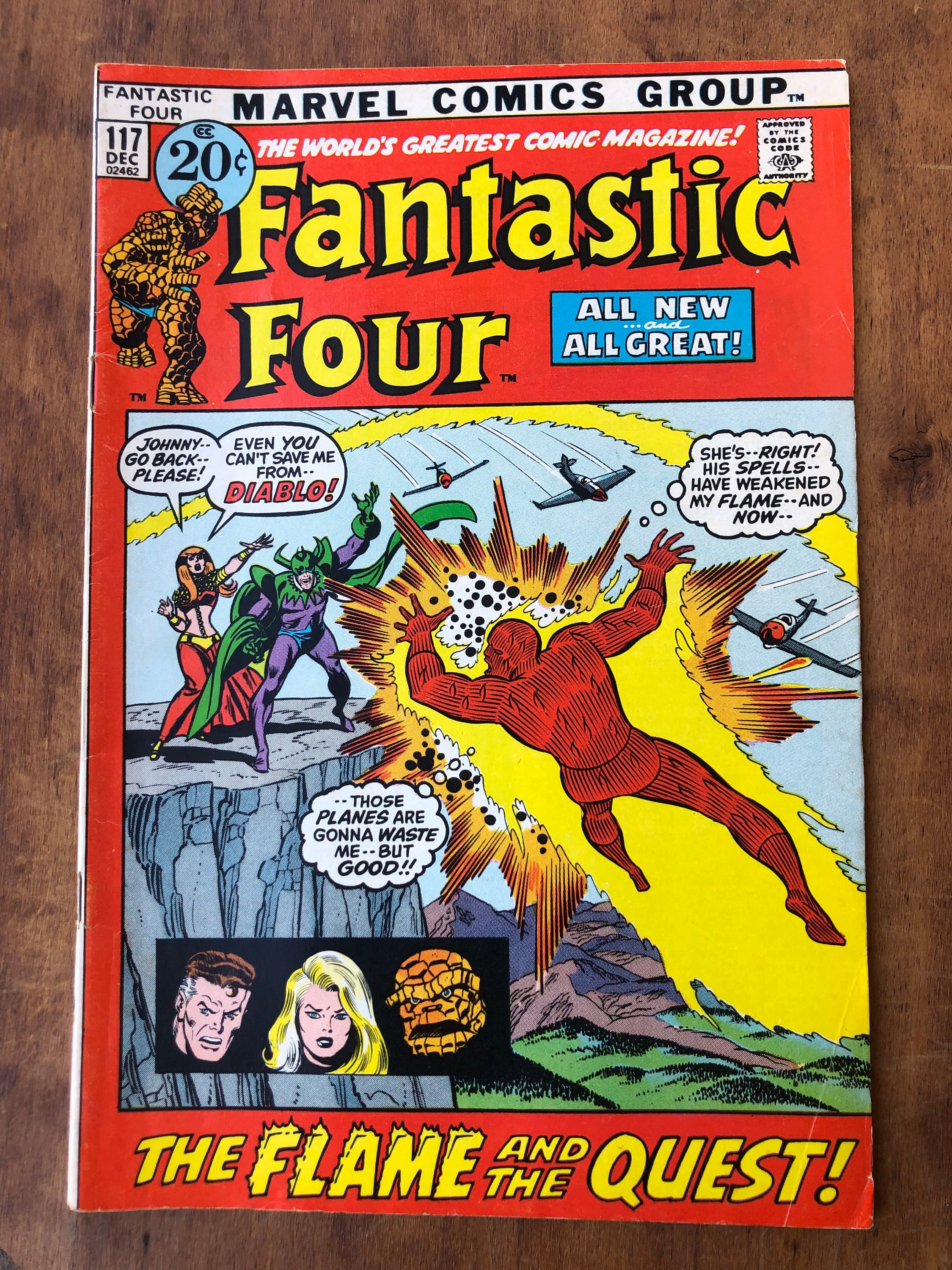 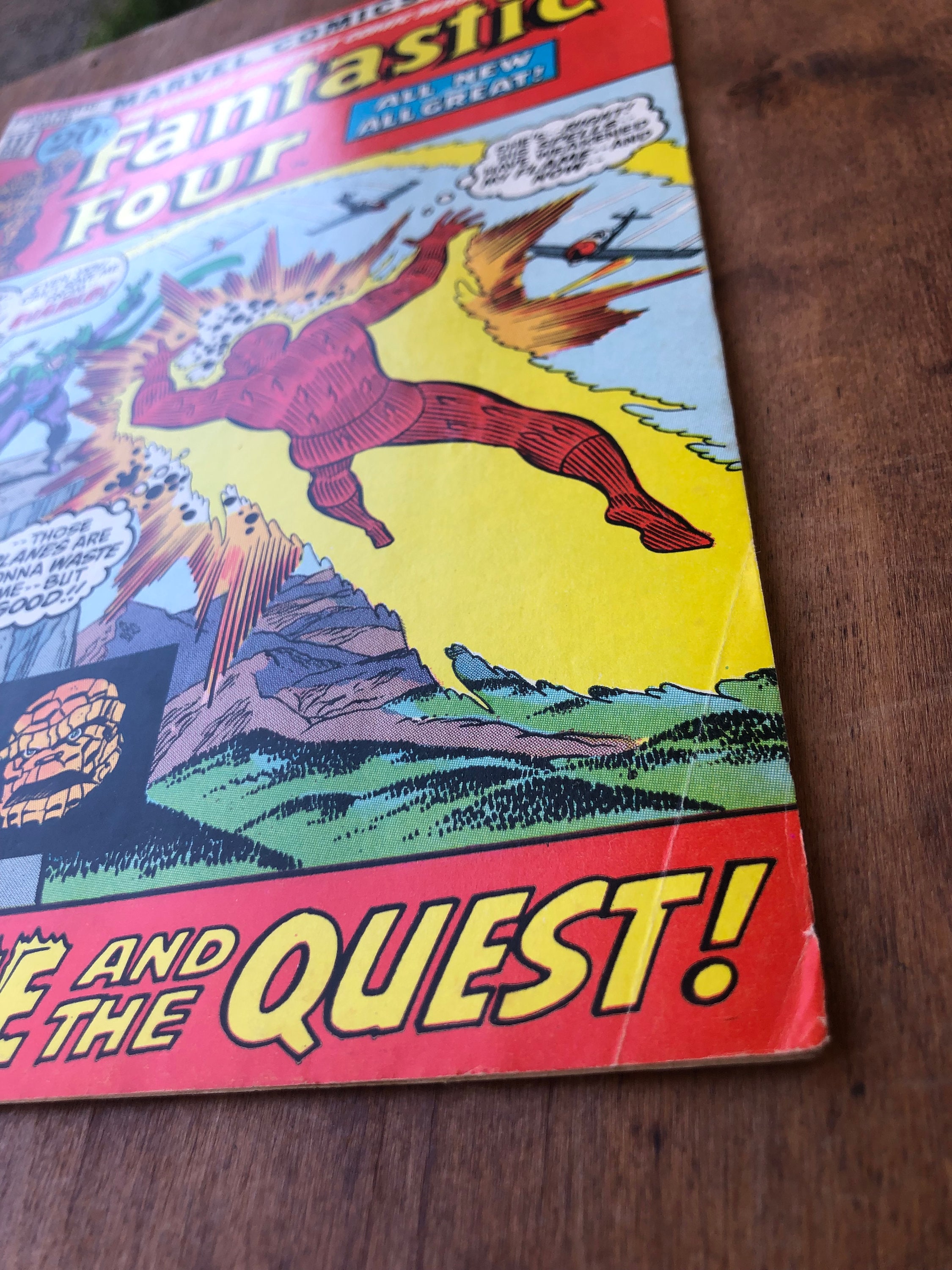 Here is a copy of Fantastic Four #117- December 1971
It is in used condition.
See pics for condition.

The FLAME and the QUEST!
*1st Appearance "ASMODEUS" & "CHIRON" (Inhumans)
Traveling to the Hidden Land, the Human Torch learns that Maximus rules over the land once more and that Crystal had never arrived there when she teleported with Lockjaw during her parting with the Fantastic Four. Traveling to Whisper Hill where his comrades are visiting baby Franklin, Johnny has Agatha use her magical powers to try and find out what happened to Crystal when she left the Fantastic Four.
There he learns that Crystal was accidentally transported to a decimate world, and is knocked out by Diablo, who was banished there following a failed team-up with Dr. Doom. Returning to Earth's dimension, Diablo convinces a Central American tribe that Crystal is the Myan god Ixtel and has them do his bidding, leading to a conflict with the local government. The Torch travels out that way to try and free Crystal and arrives just as the countries army attacks the followers of Diablo