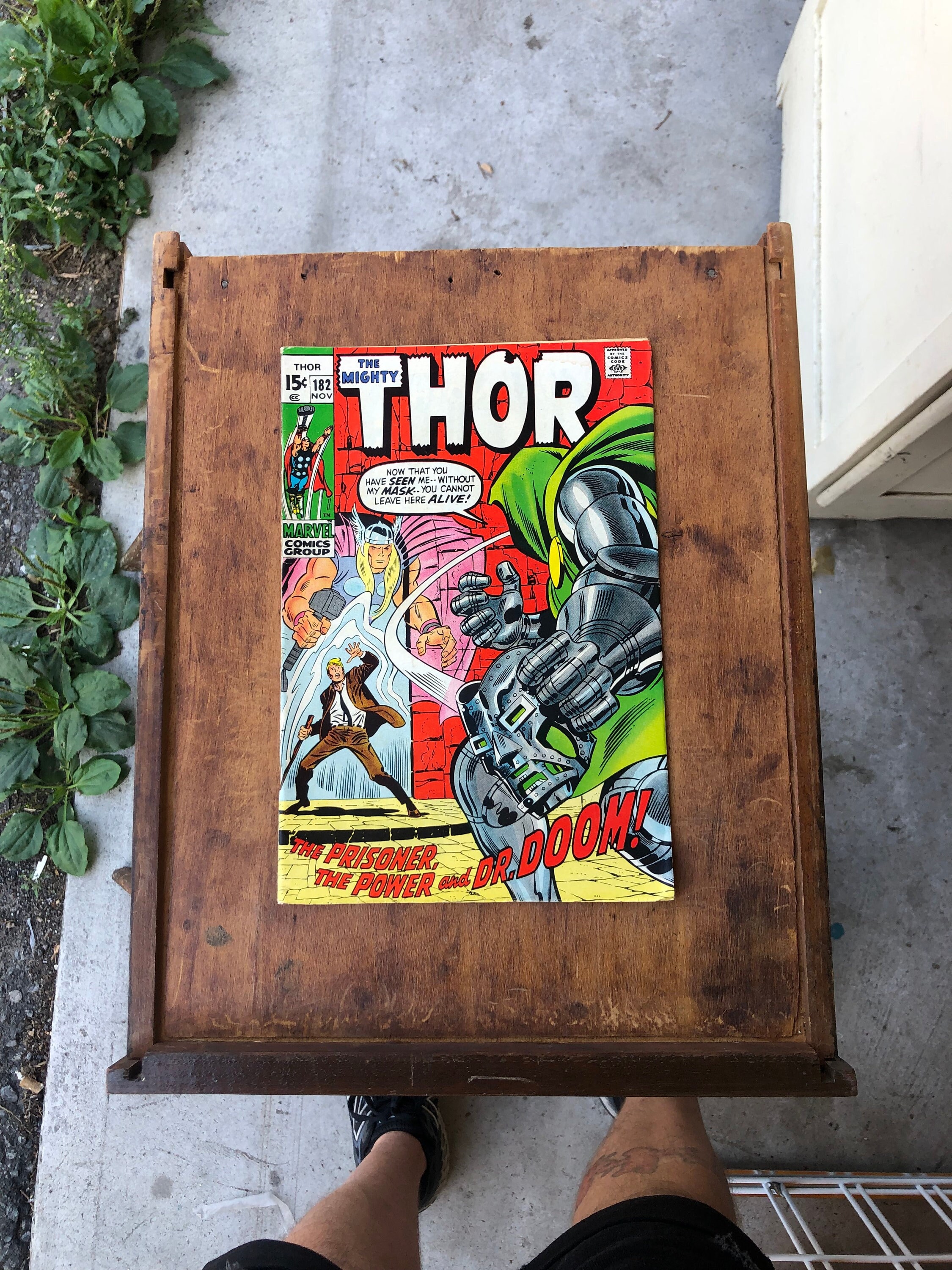 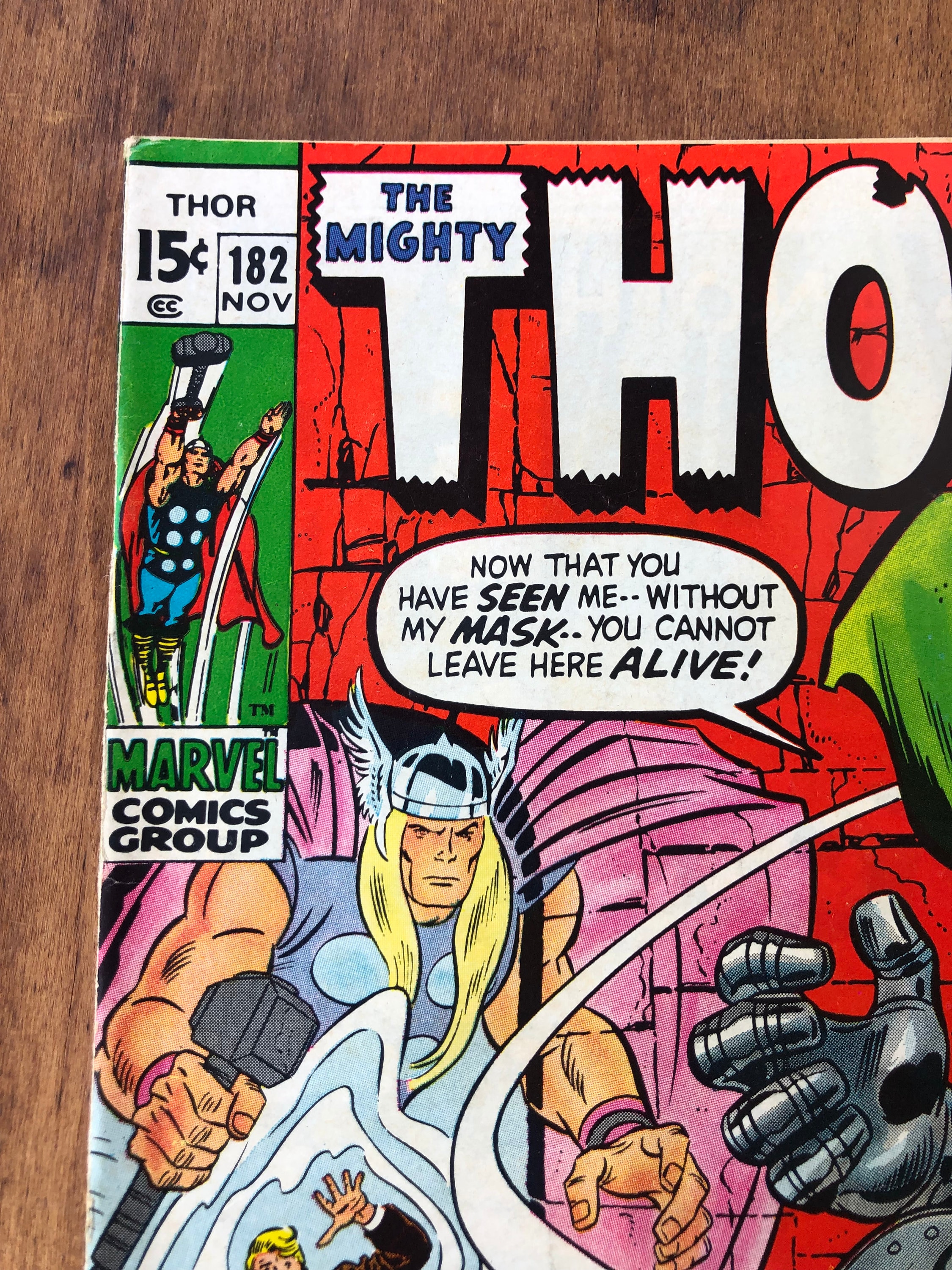 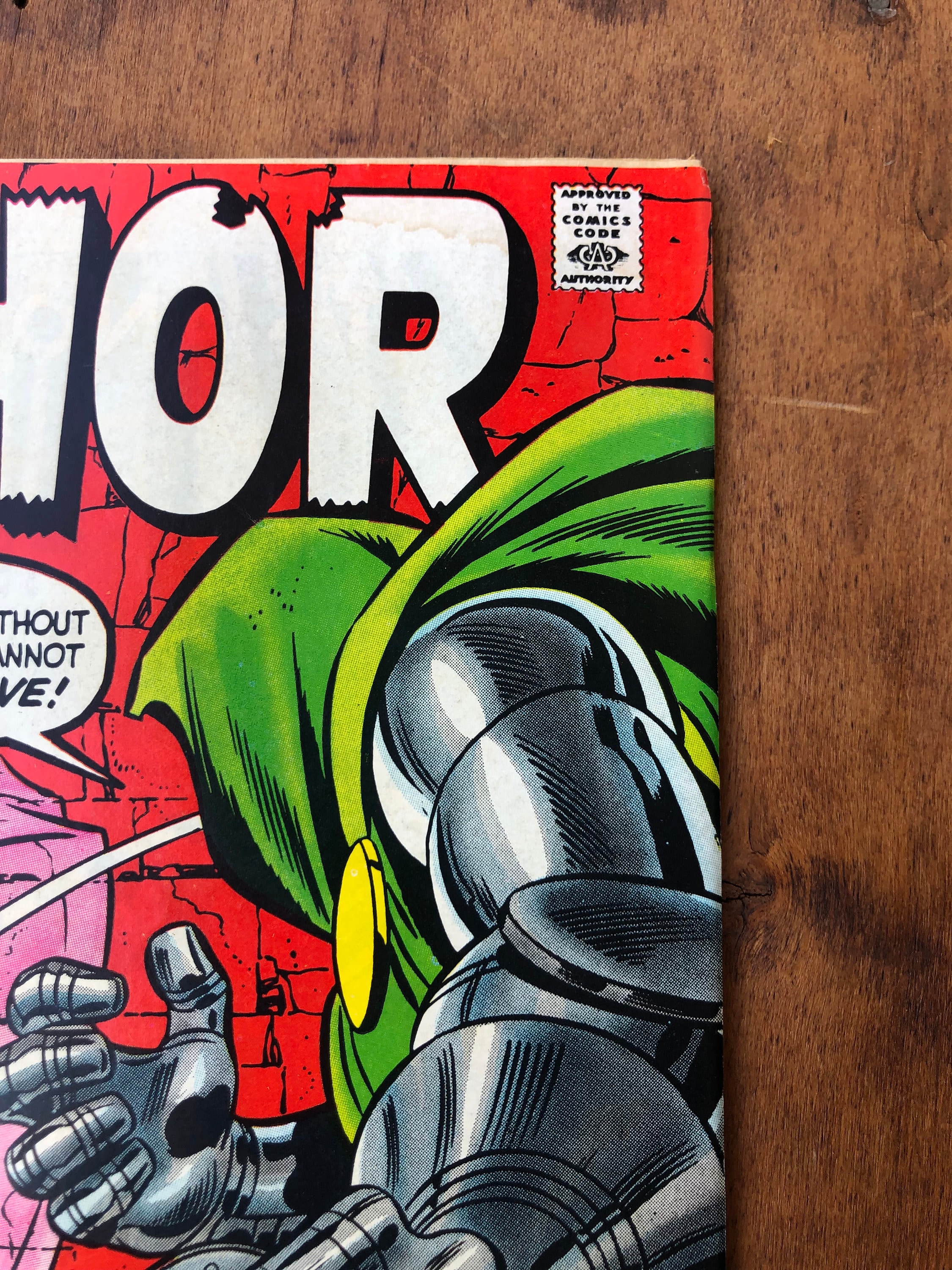 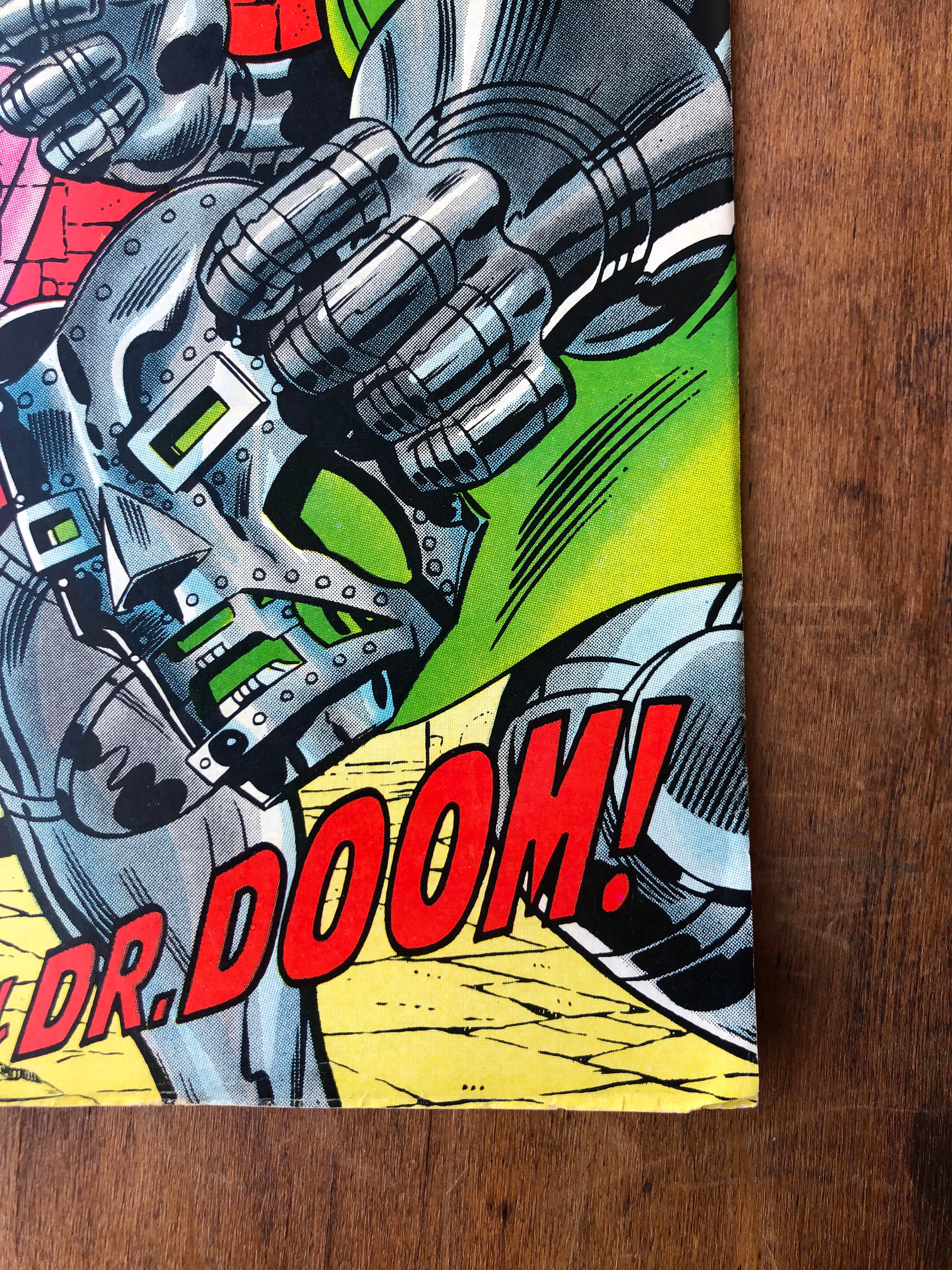 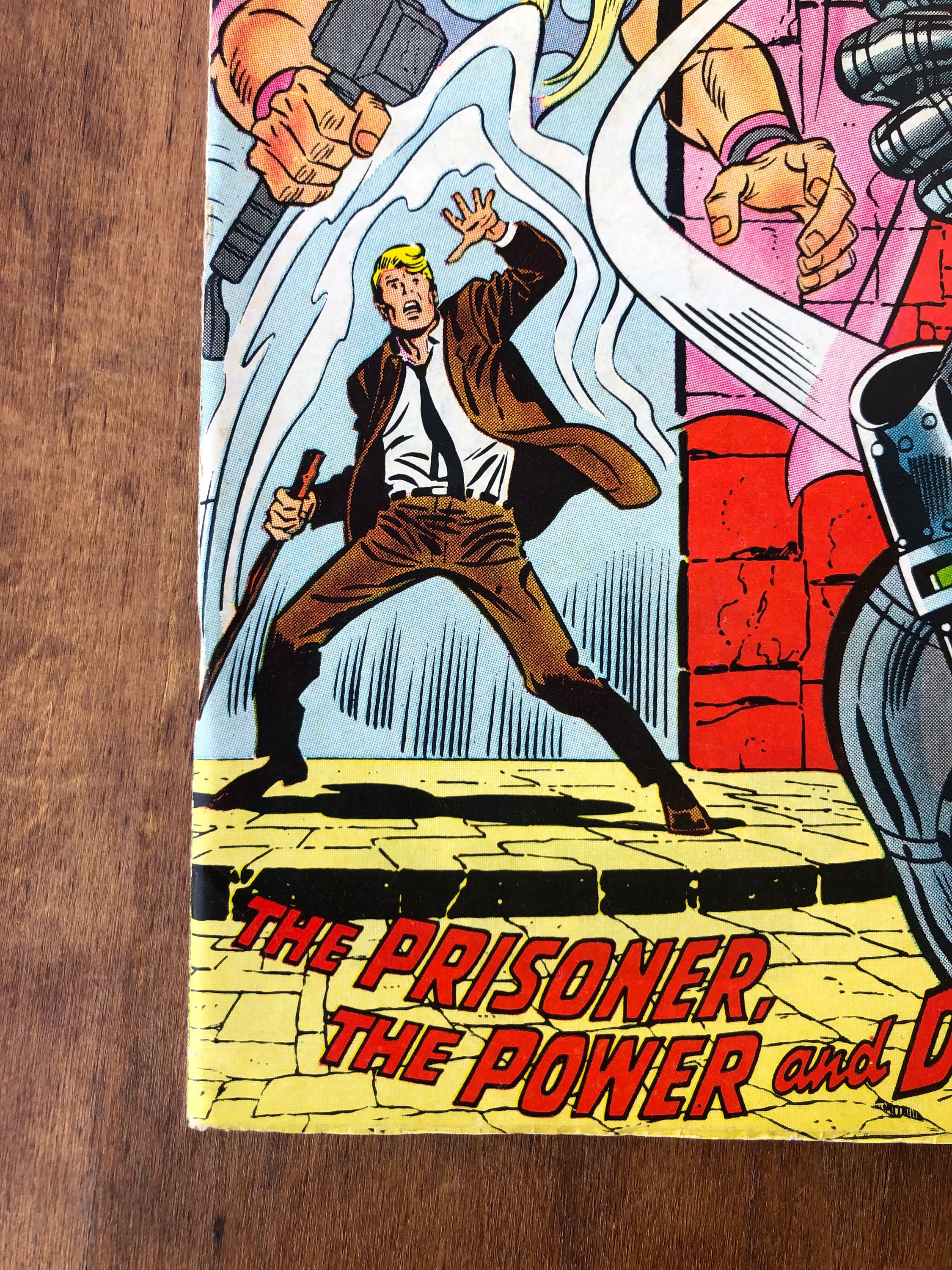 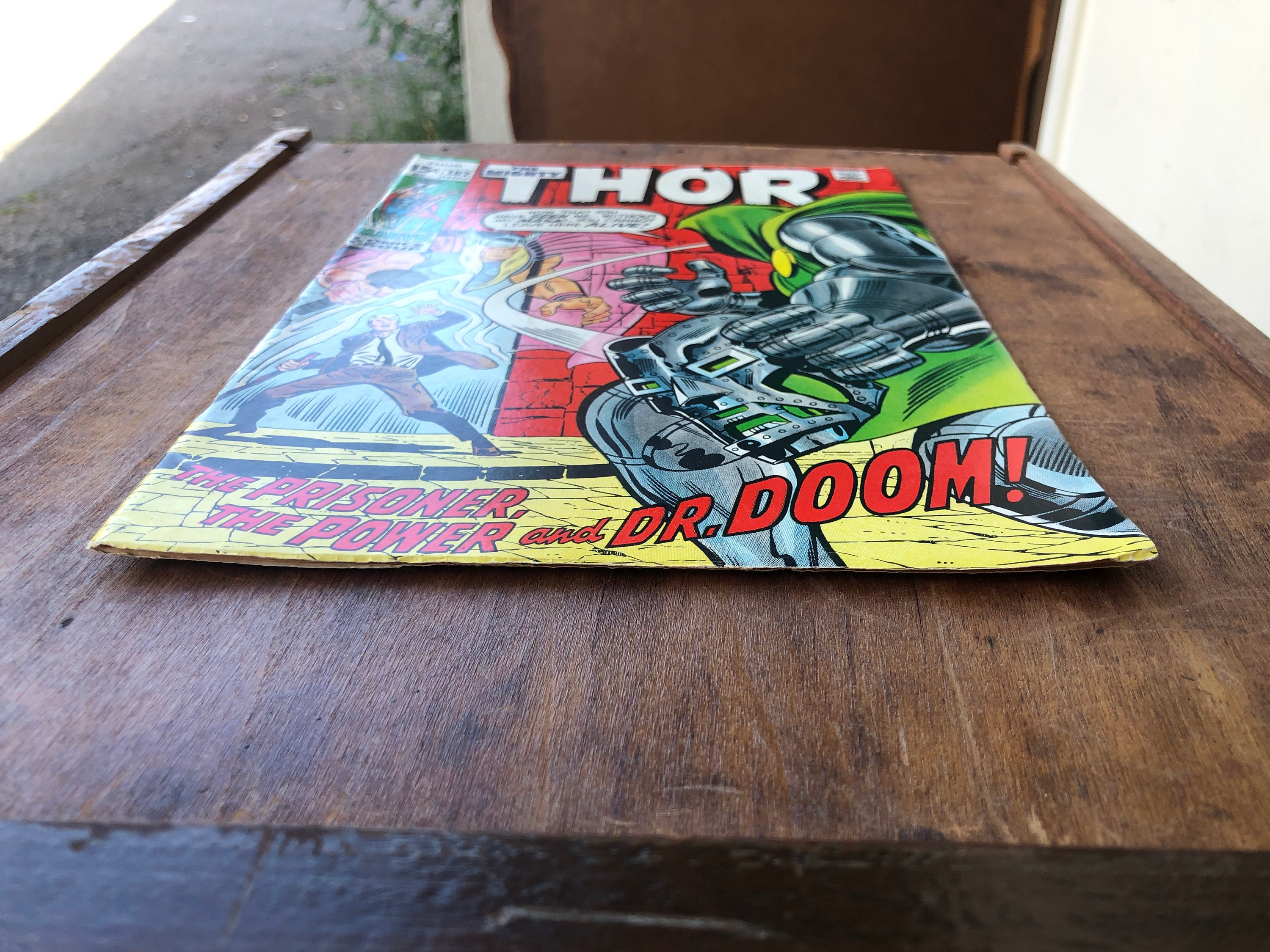 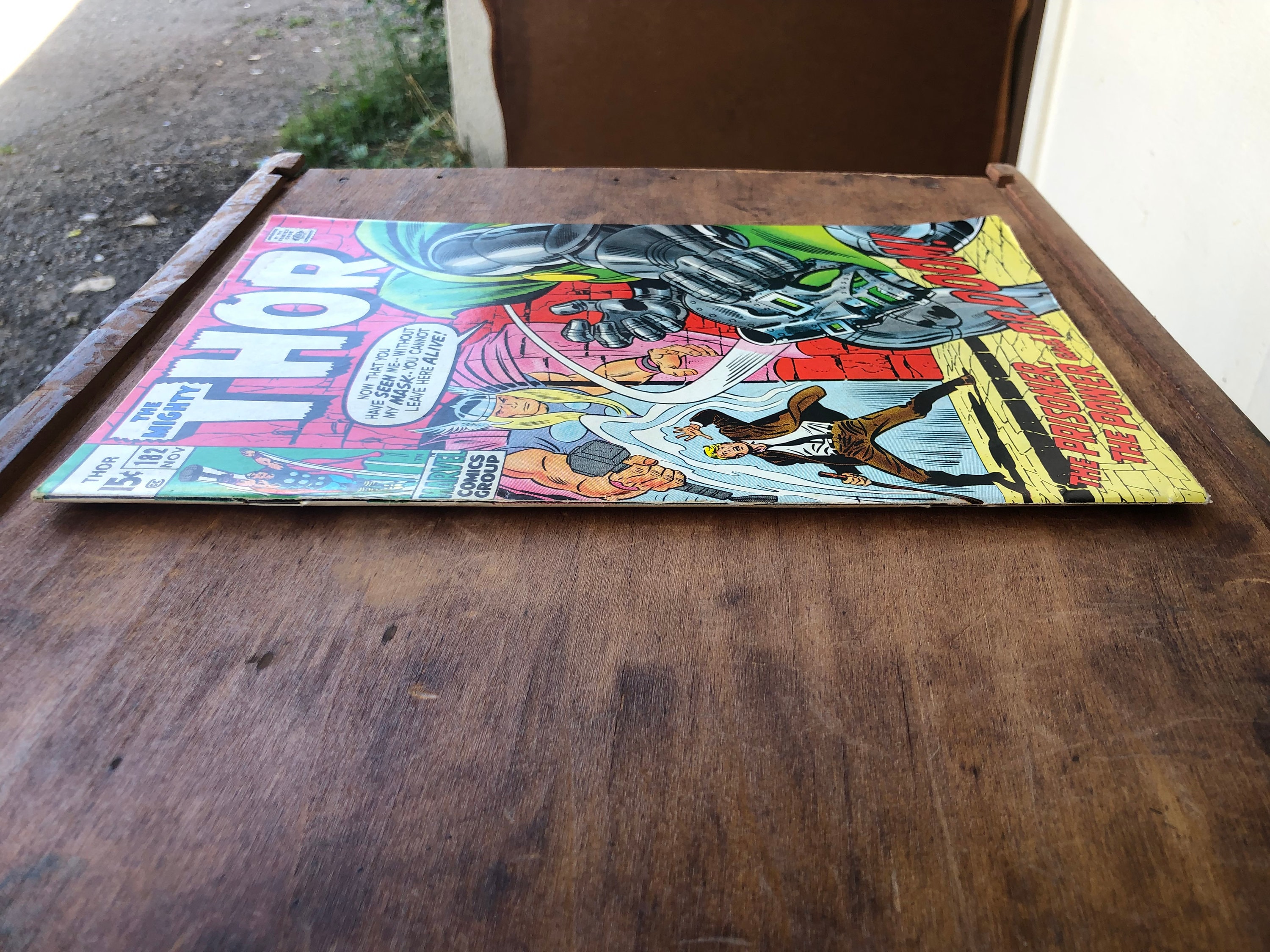 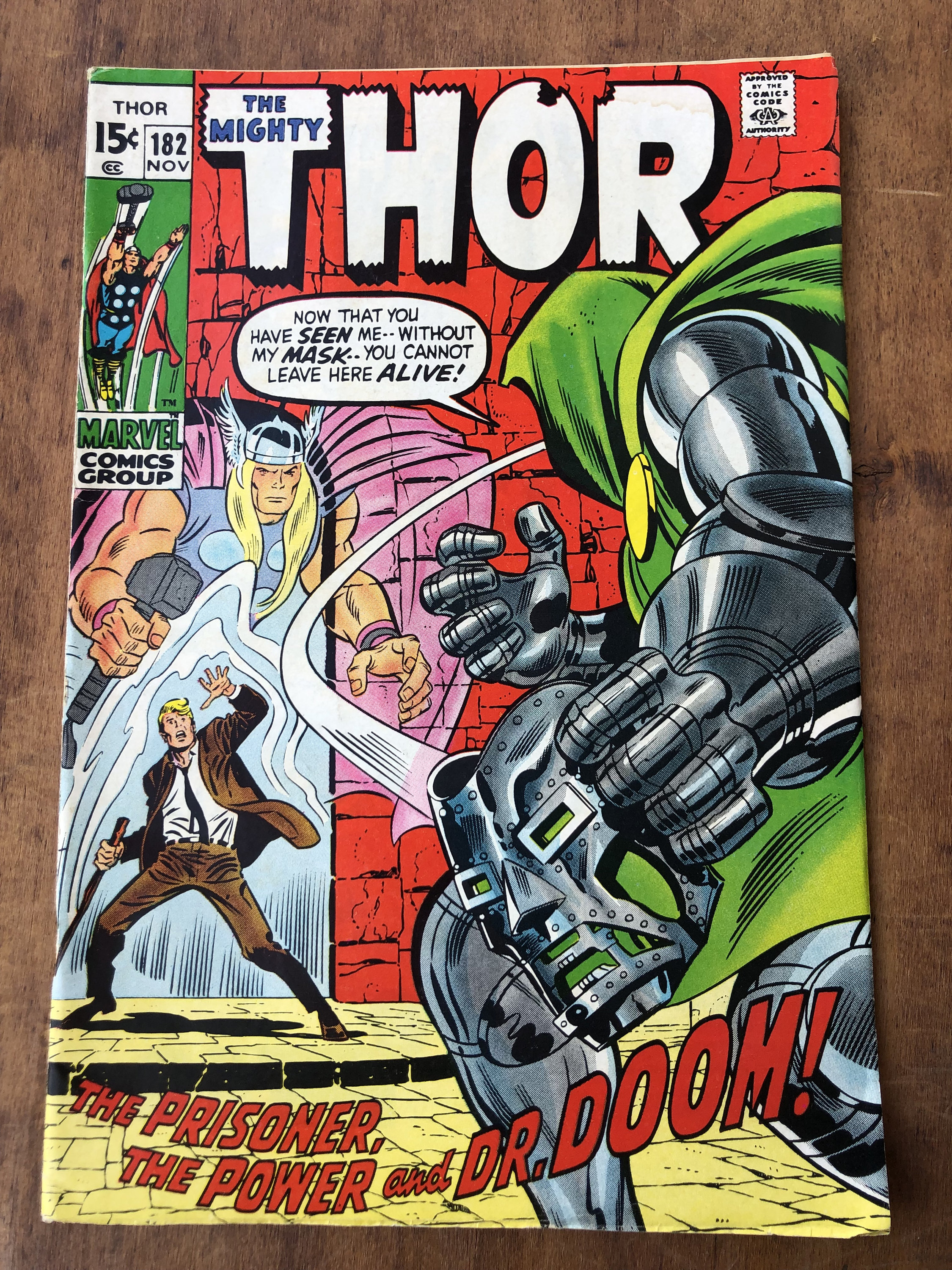 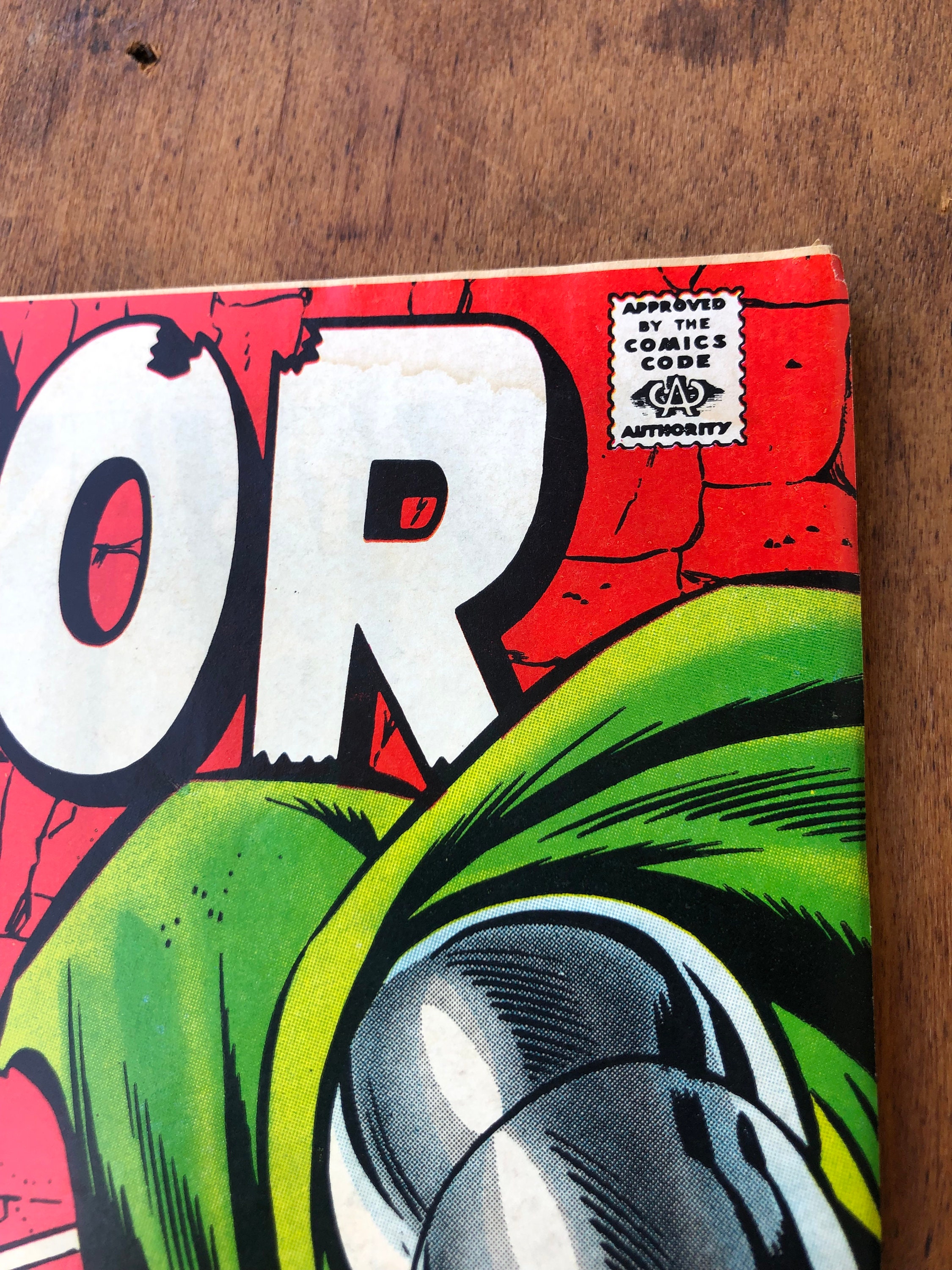 The Prisoner, The Power and DR. DOOM!
Thor is patrolling the city when he encounters a young girl protesting Latverian oppression outside the Latverian embassy. The protest ends up inciting a riot between people who are for and against the young girls' cause, resulting in the girl getting injured. Thinking that this is more of a job for Donald Blake, Thor changes into his mortal guise and tries to get to the girls' aid. However, he finds that the mod is in too much of a frenzy and changes into Thor once more, scaring them all over.

Rushing the girl to his office, Thor once more resumes his Donald Blake guise before the girl comes around. When she does, Blake learns that the girl has been protesting for personal reasons. She is Cosette Lafarge, a French girl whose father is a great inventor named Professor Lafarge. They were kidnapped from their home and taken to Latveria.
Cosette

He was brought before its monarch, Dr. Doom, who would use his daughters' safety as a bargaining chip to force Lafarge into building new missile silos for Doom's kingdom. Her father would break down and agree to Doom's terms, and years later, Cosette would be smuggled out of Latveria, and she would eventually end up in the United States, where she began taking up her protests.

Hearing the story, Blake agrees that something must be done about Dr. Doom and tells her that he knows someone who can help her and sees her out of his office. Blake decides to play into Doom's vanity, contacts his old colleague Harris Hobbs, and has Hobbs run a story in the paper. After he finishes his call, Blake is summoned to Asgard by Odin, who teleports him instantly there and transforms him into Thor. Odin has brought Thor to Asgard to tell him about a place called "The World Beyond" however, Thor asks that his father grant him a moment to deal with matters on Earth first. Although Balder and Sif have reservations about Thor traveling to this realm, the Thunder God accepts the mission. Odin then agrees to let Thor deal with matters on Earth before partaking in his next mission.

While on Earth, Dr. Doom gets wind of the false story Blake planted in the paper: a new plastic surgery method that could potentially heal Doom's scarred face. Wanting to have this performed on him, Dr. Doom orders one of his aids to drive him out of the Latverian embassy to seek out and kidnap Donald Blake. Meanwhile, Thor has returned to Earth, resumed his Blake identity, and is walking the streets, hoping to attract Doom's attention. This plays out for Blake when Doom uses a molecule displacer device to transport Blake from the street corner to the inside of Doom's car, where he is incapacitated. Fleeing the scene quickly, Doom and his aid drive to a secret aircraft hanger outside of town, where Doom pilots a specially built plane that brings them to Latveria within hours.

When Blake revives Dr. Doom takes Blake into his banquet hall and shows him his scarred face, asking the doctor to perform plastic surgery on him so that he may be rid of his cursed scars. As part of his plan, Blake pretends to be horrified and confesses that there is nothing he can do. Furious, Doom has Blake locked in the dungeon. Although Blake is out of reach of his walking stick, he manages to get it by using his shoe.

Changing into Thor once again, Blake makes his escape from the dungeon and rounds back to attack Doom's castle. Detecting Thor's approach, Doom launches a stalker missile that locks onto Thor. To Thor's horror, he realizes he has two choices: Let the missile hit him or crash and destroy the village below him.