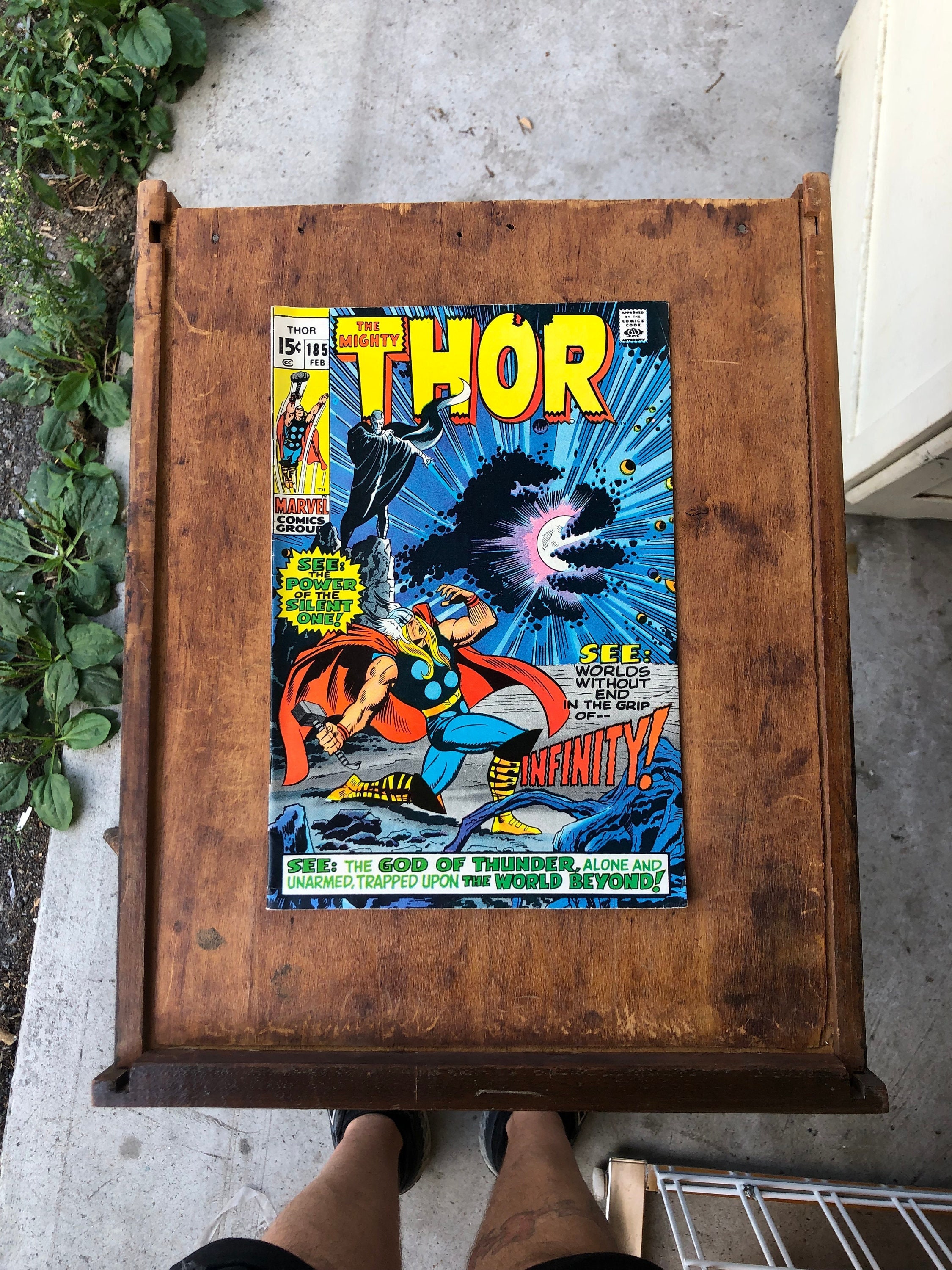 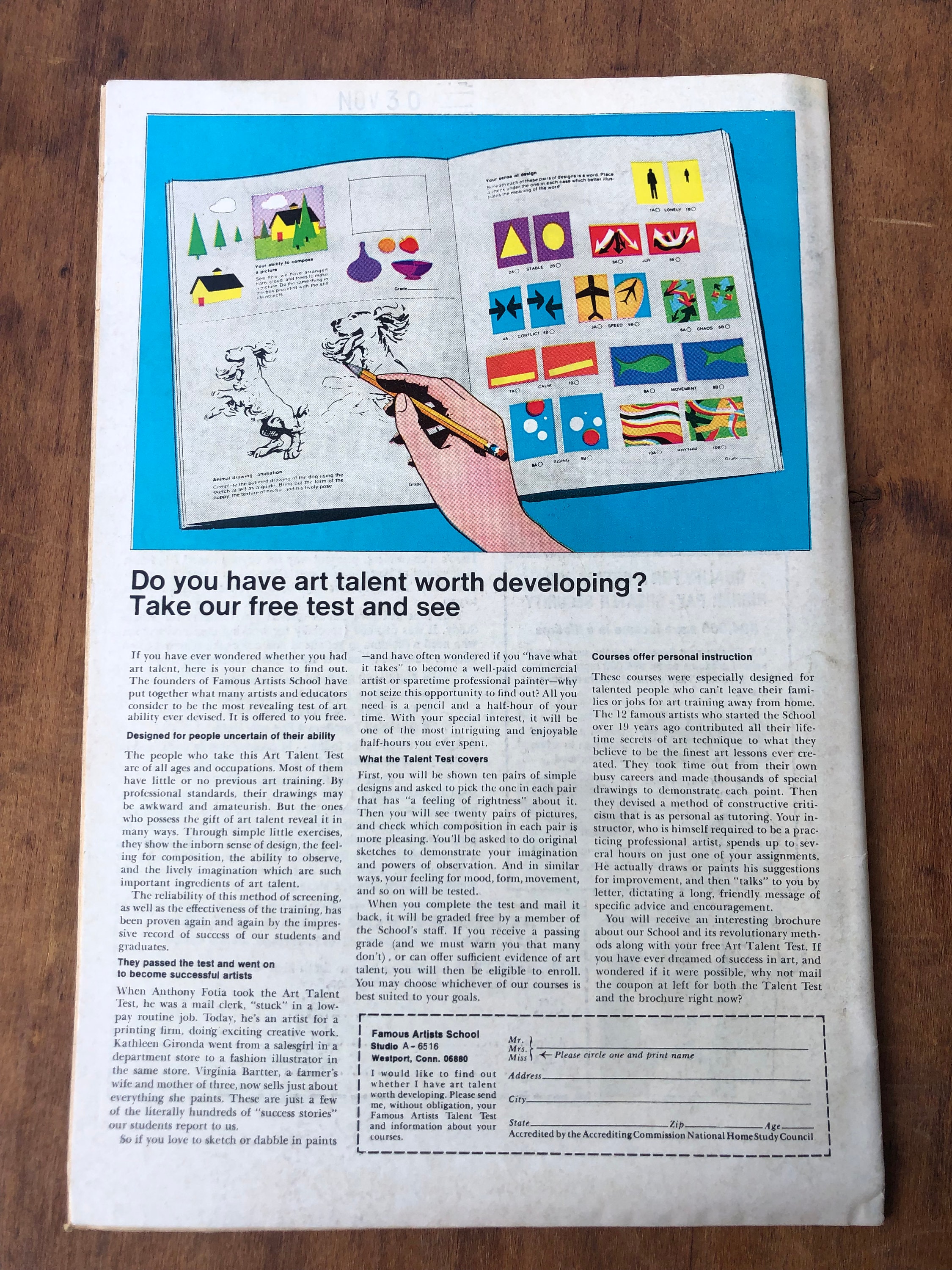 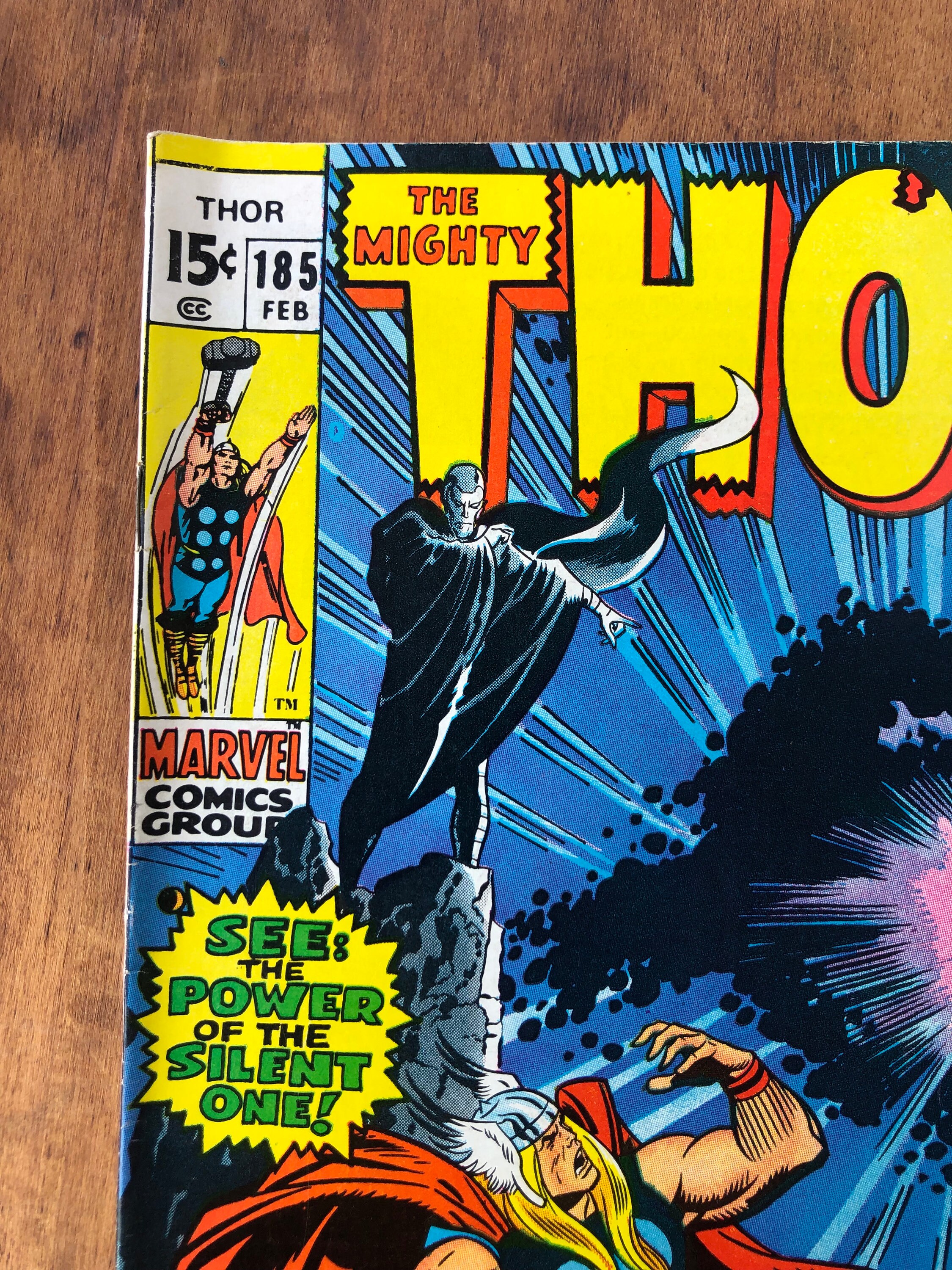 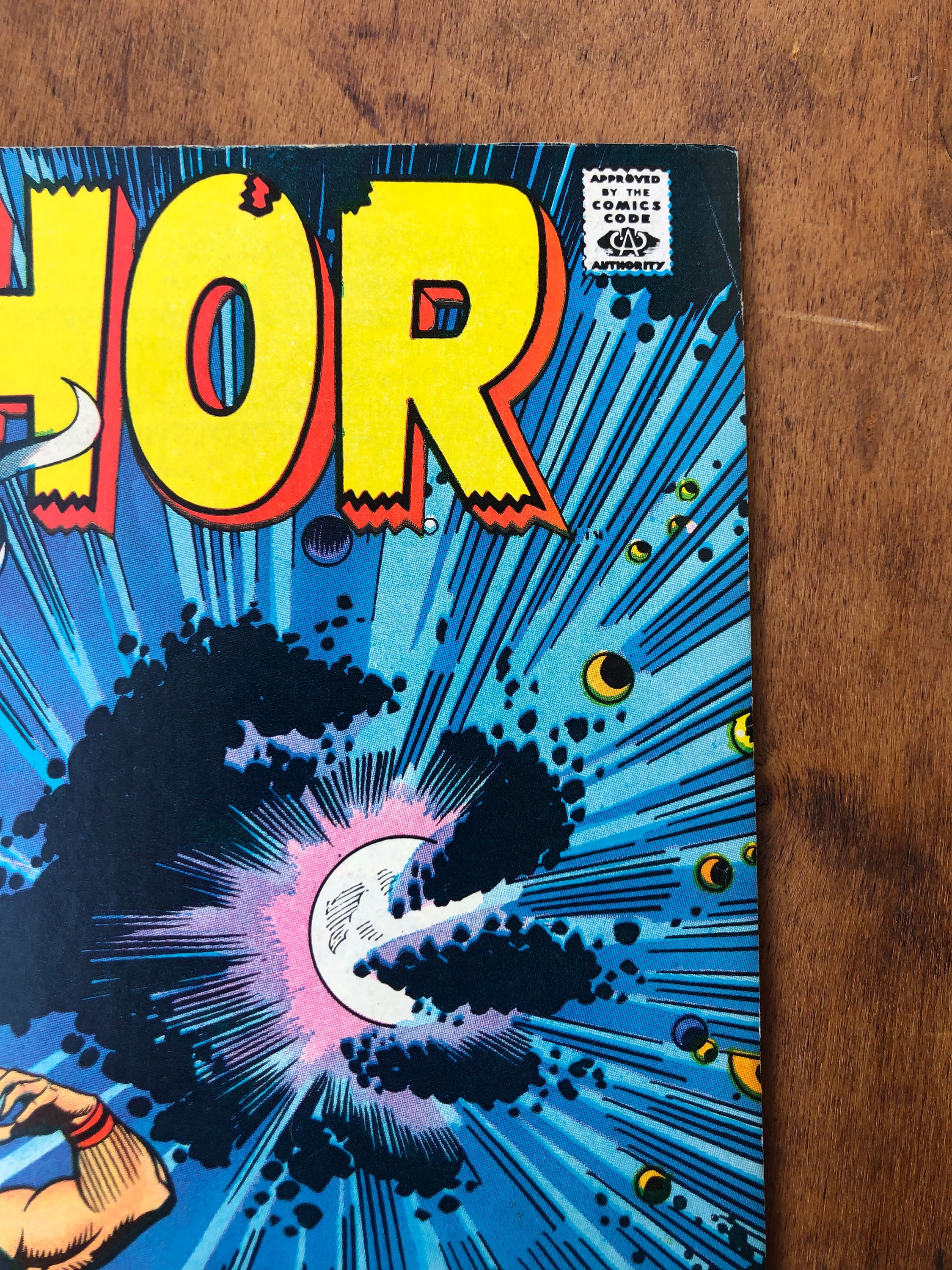 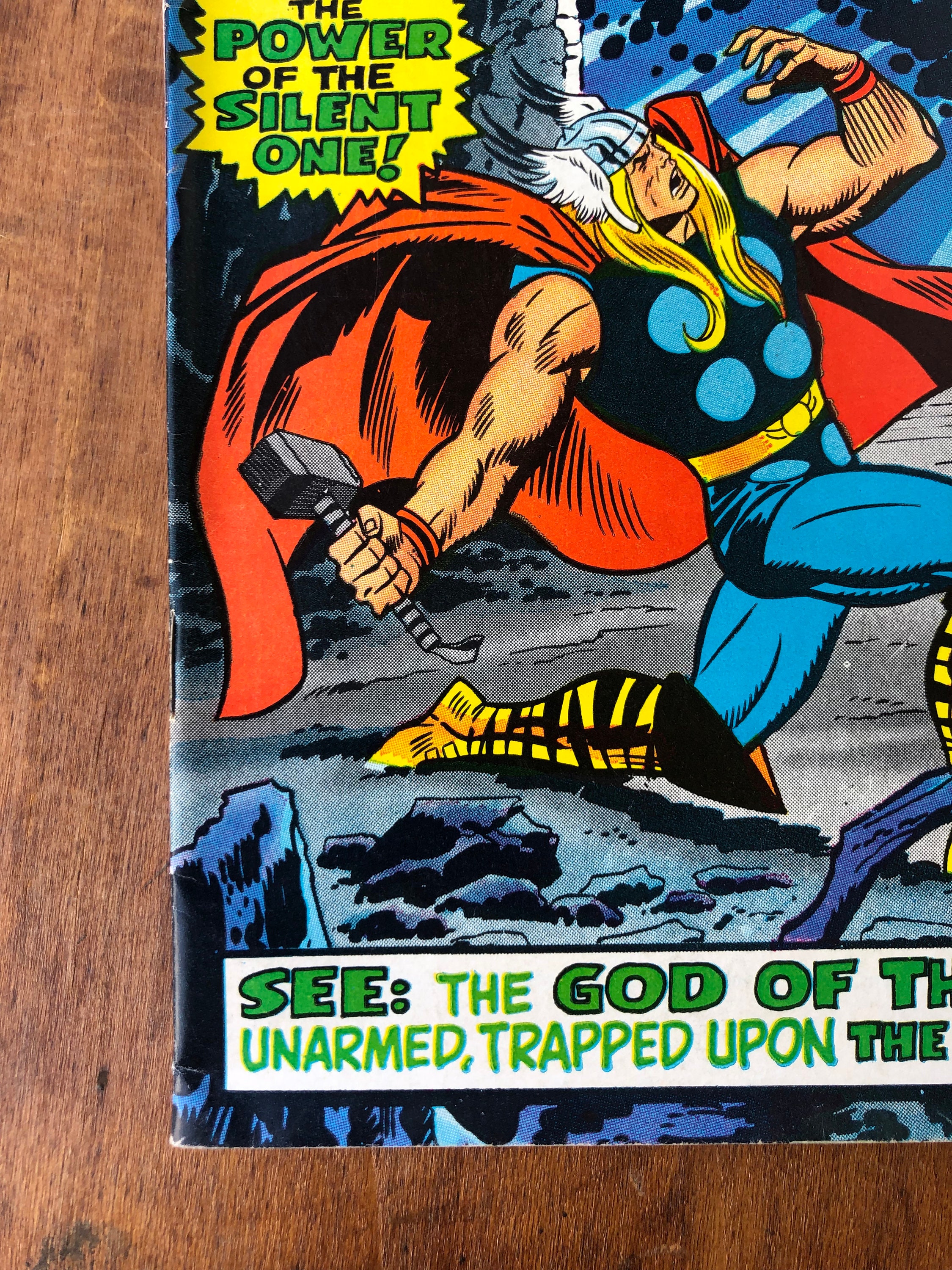 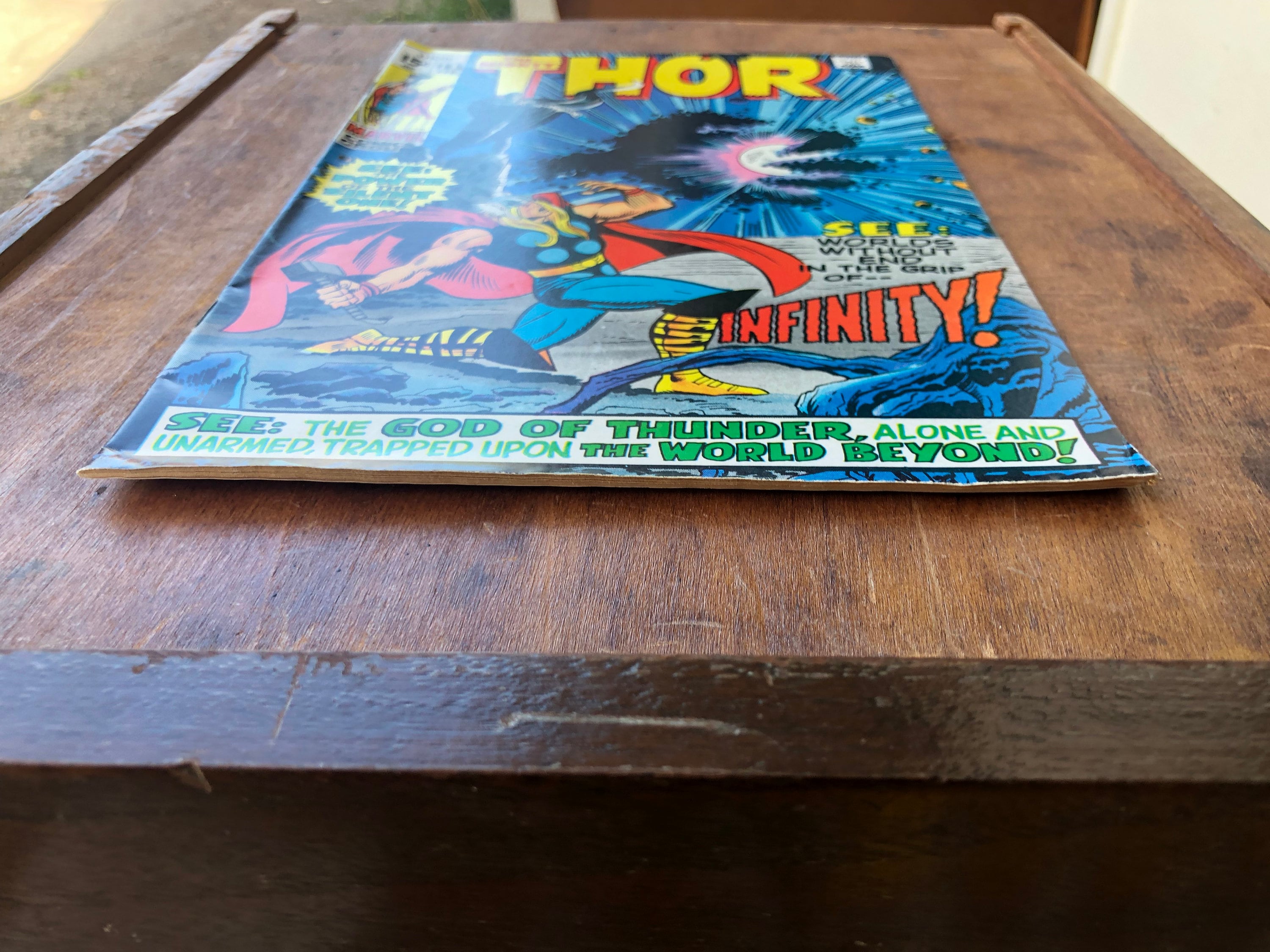 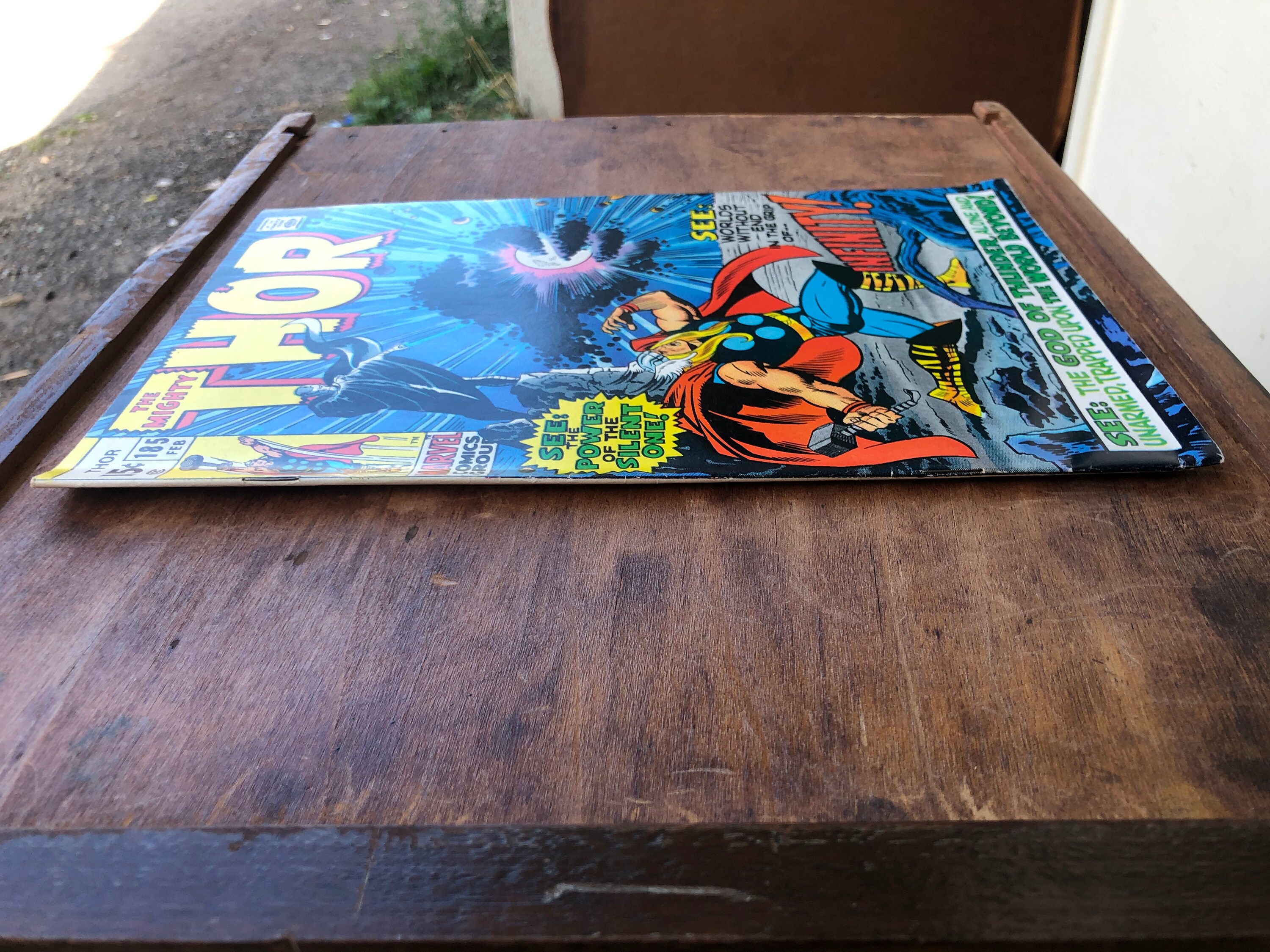 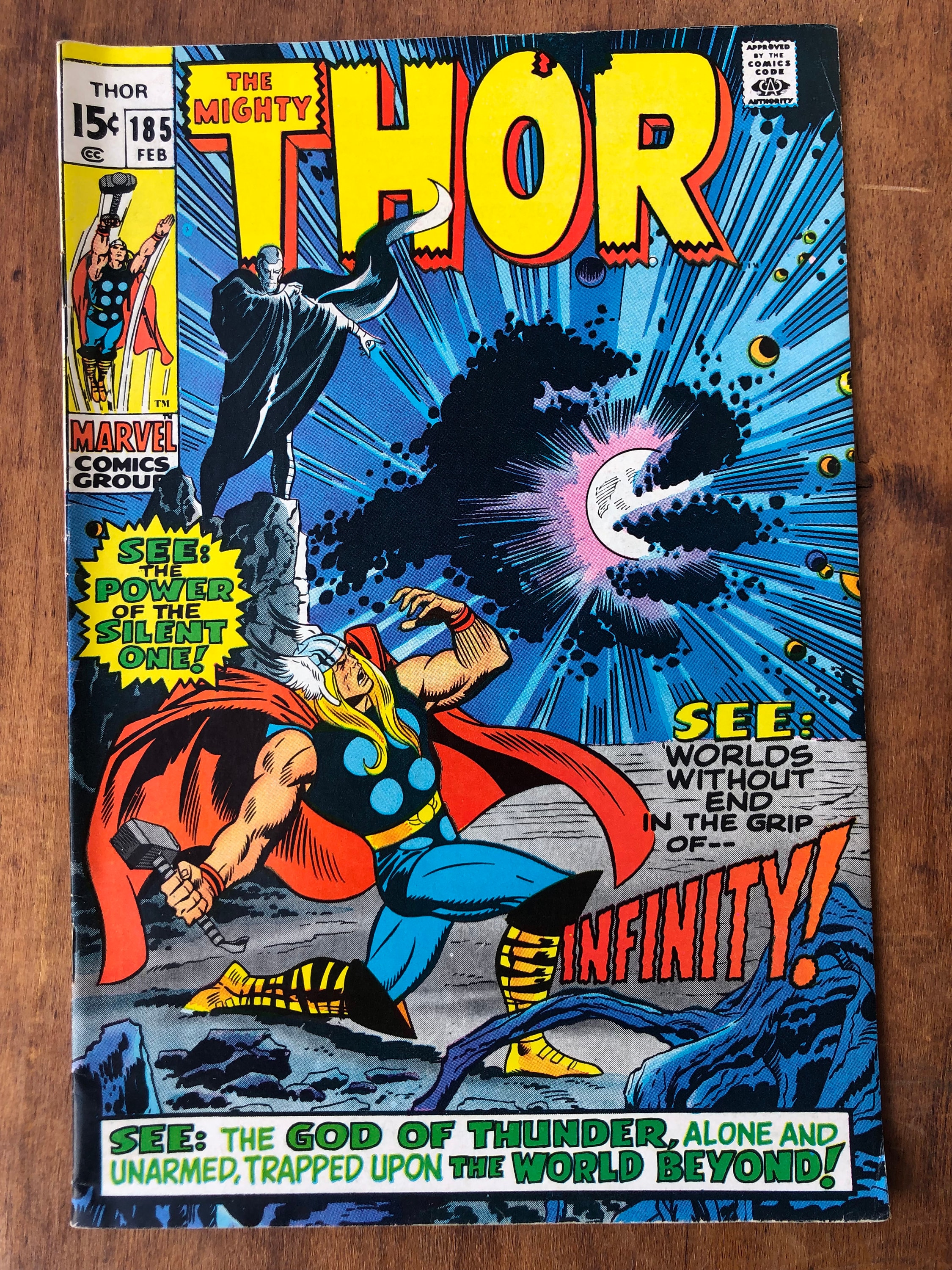 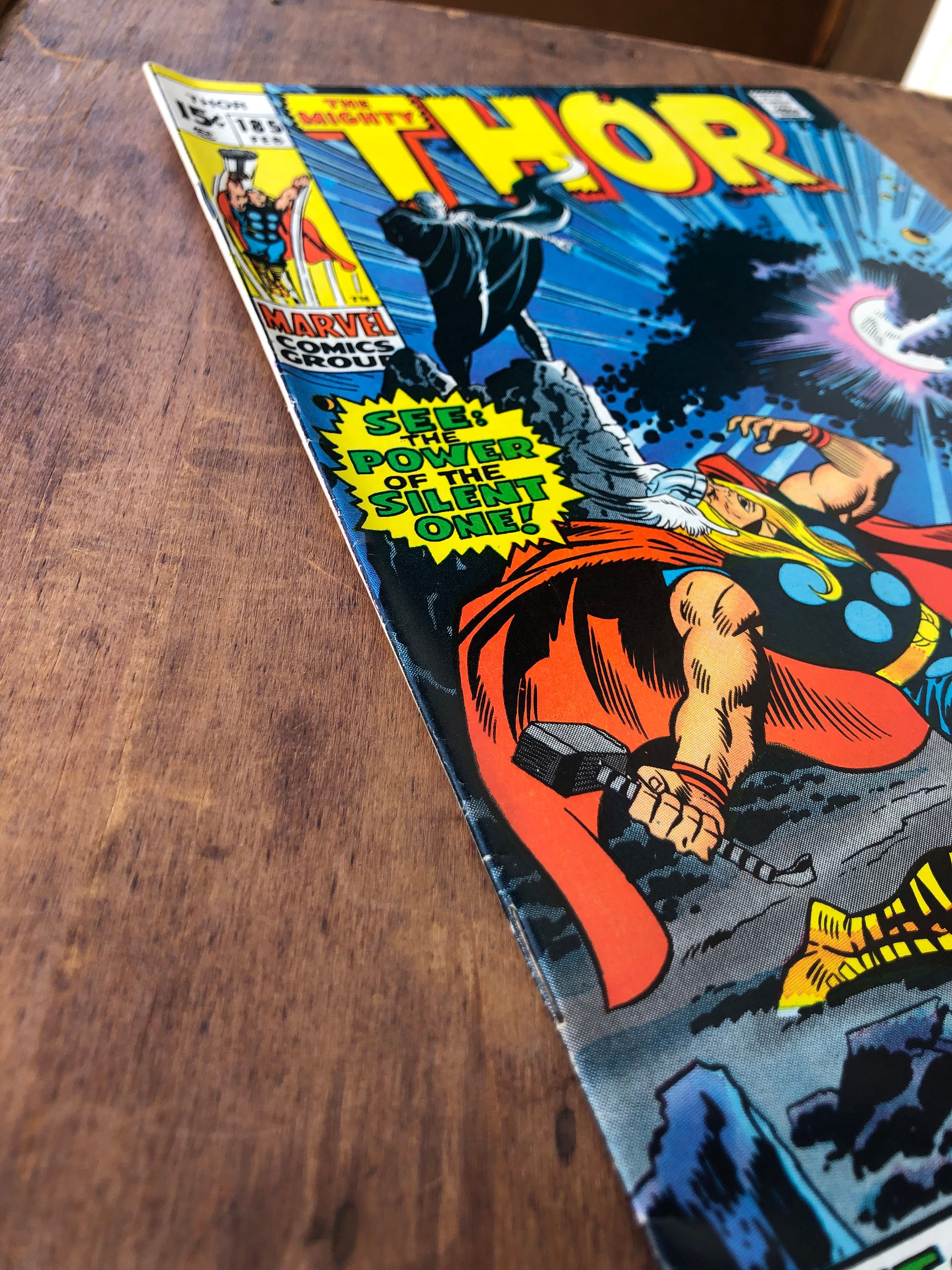 
In The Grip of INFINITY!
With Odin in peril in the World Beyond, Thor abandons his post guarding Asgard to venture into the realm and rescue his father. As he travels into the void of the World Beyond, he reflects on the events that led him to this point.

Arriving in this mystical realm, Thor is confronted by its guardian, a strange four-armed creature with strength and magical abilities that rival Thor's. As Thor battles on, he soon finds himself overpowered by the creature. However, before defeat can be had, Thor demands to know who Infinity is. This rouses Infinity, which appears as a massive black void in the shape of a hand. Feeling its guardian had failed in its appointed task, it strikes the creature dead. It then shows Thor its incalculable power by consuming another world from Thor's universe before disappearing again.

Venturing further, Thor spots the Silent One standing on a misty cliff and rushes toward him, demanding answers. Like before, Thor cannot cause the Silent One any harm, and the Silent One imparts no answers at all. The Silent One shows Thor yet another world being consumed by Infinity. Thor watches helplessly as the world is consumed and brought into the World Beyond, and its people are put into Infinitiy's thrall. The Silent One then brings Thor to the Warriors Three, who have also been put under Infinity's spell. The Warriors Three attack Thor; however, the Thunder God easily overpowers them and then transports them back to Asgard.

There, Sif and the Grand Vizier watch over the Odinsword, which continues its slow progression out of its scabbard, which would signal the end of the universe. While back in the World Beyond, Odin continues his battle against Infinity while the Silent One watches on. The resulting backlash is also causing unstable weather conditions on Earth and across the universe.

The upheaval eventually knocks Thor around in a giant wind, and he is eventually knocked unconscious. When he revives, he finds that he has been knocked away from his hammer for more than 60 seconds and has reverted into the form of Donald Blake. To make matters worse, the Guardian is suddenly resurrected, who spots Blake and inches forward, intending to make him his next victim.