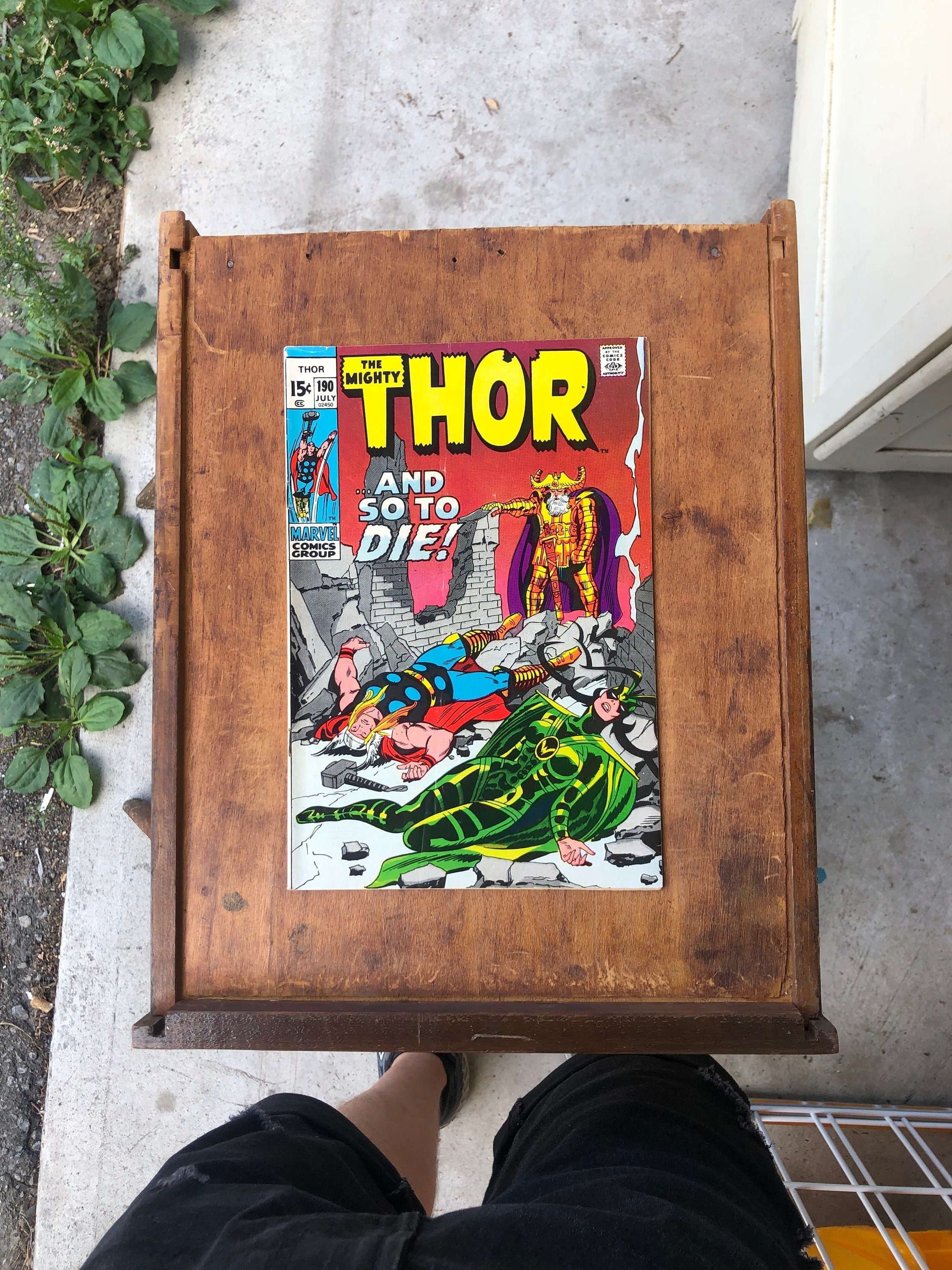 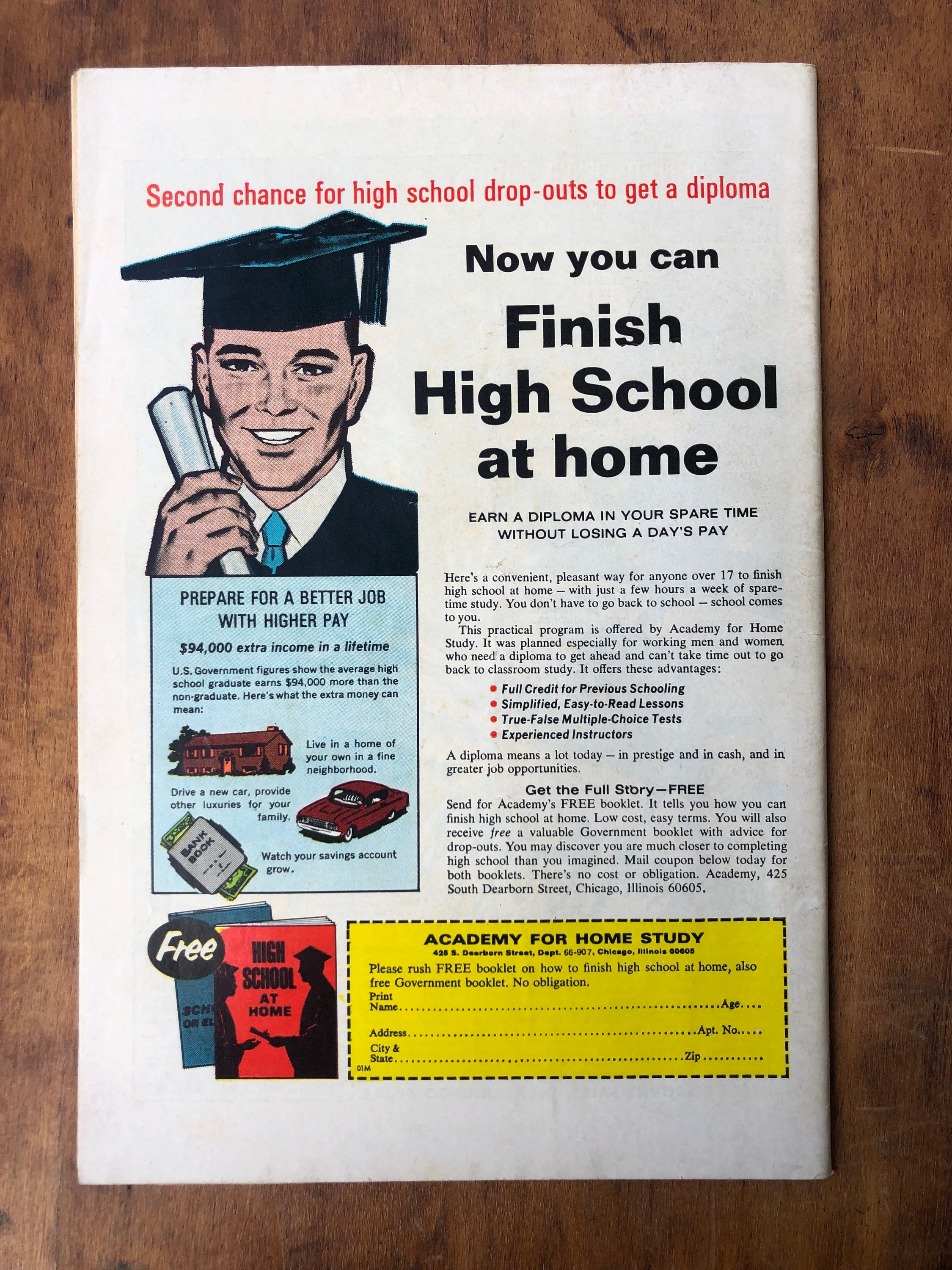 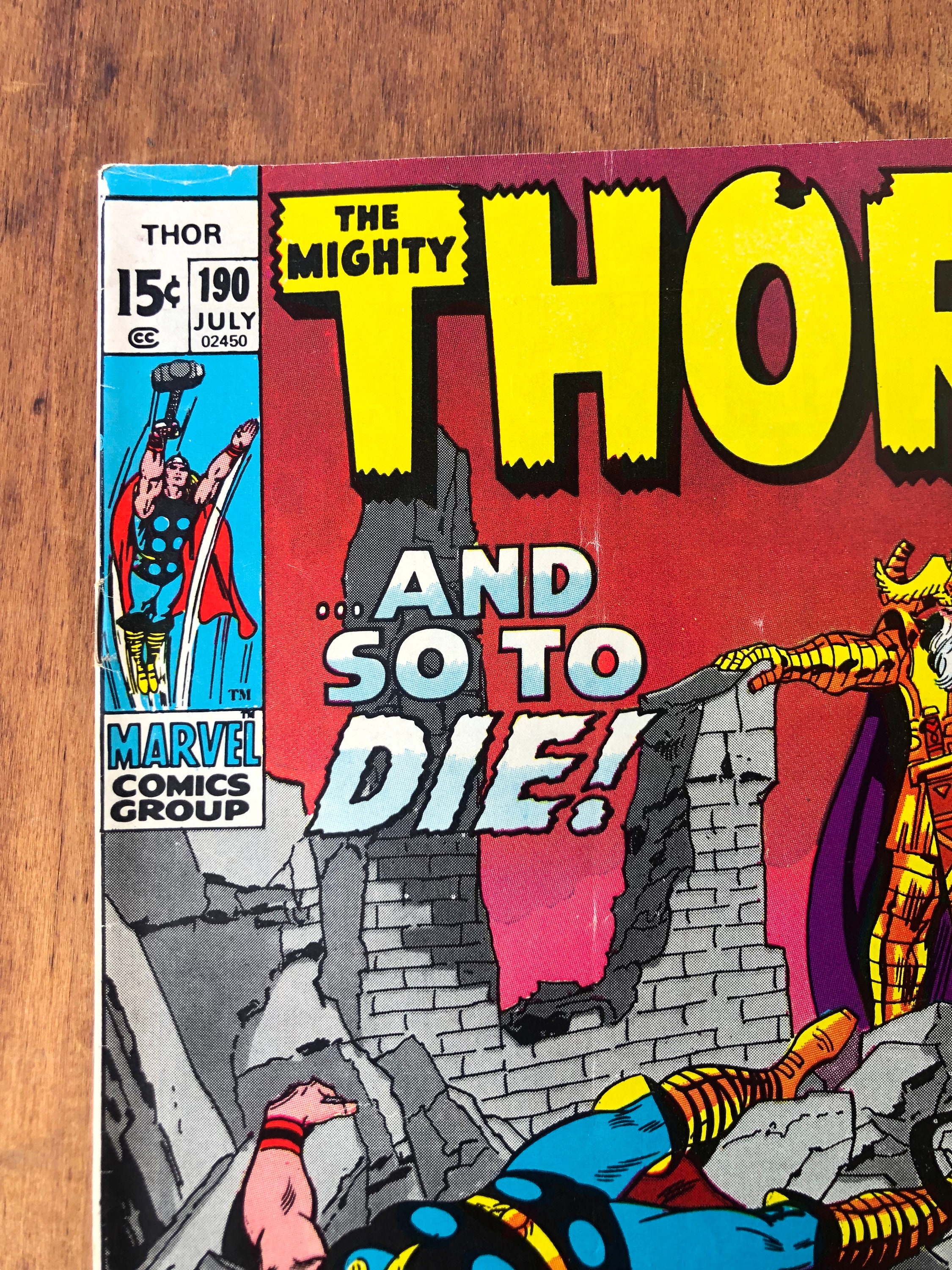 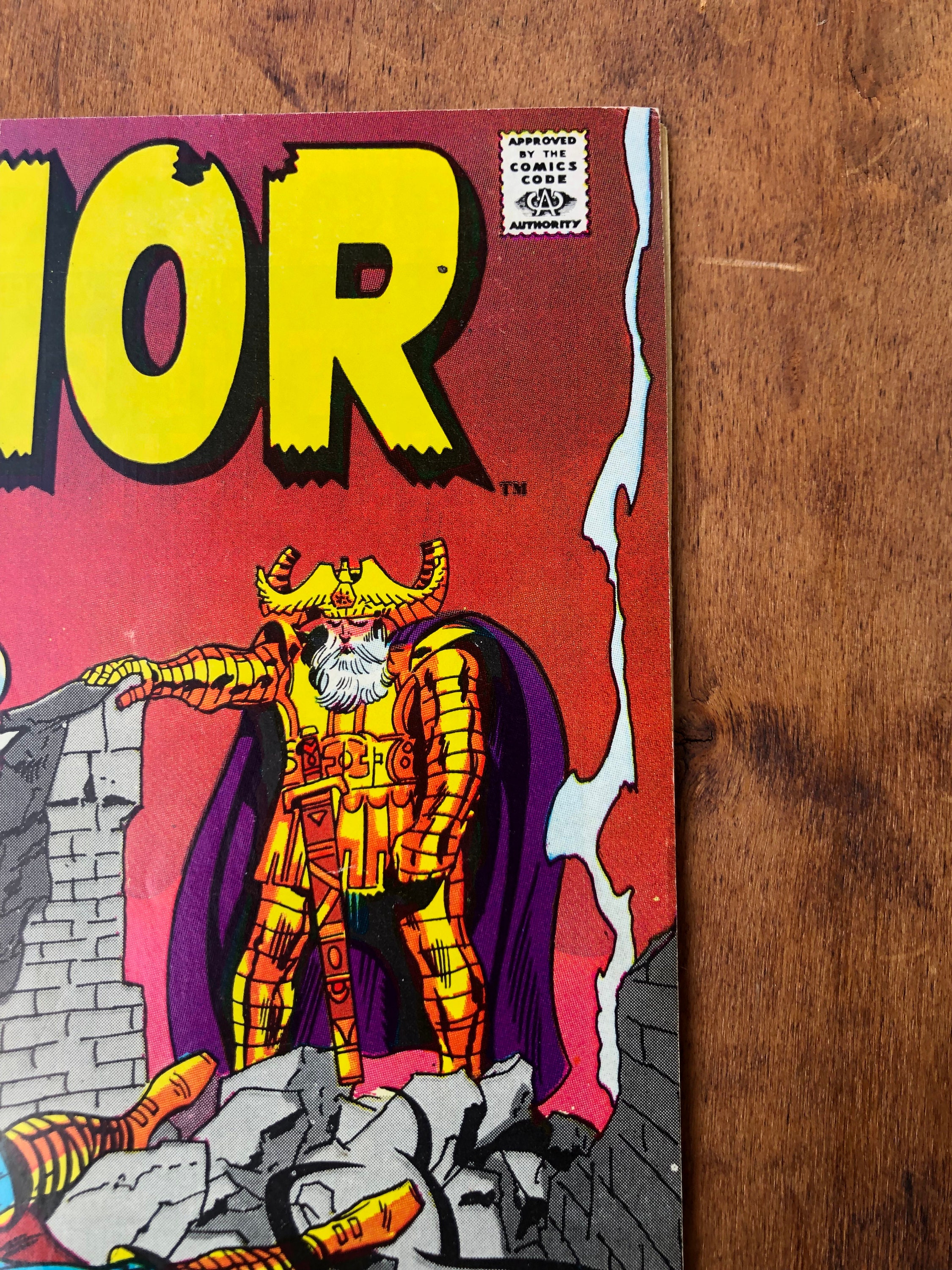 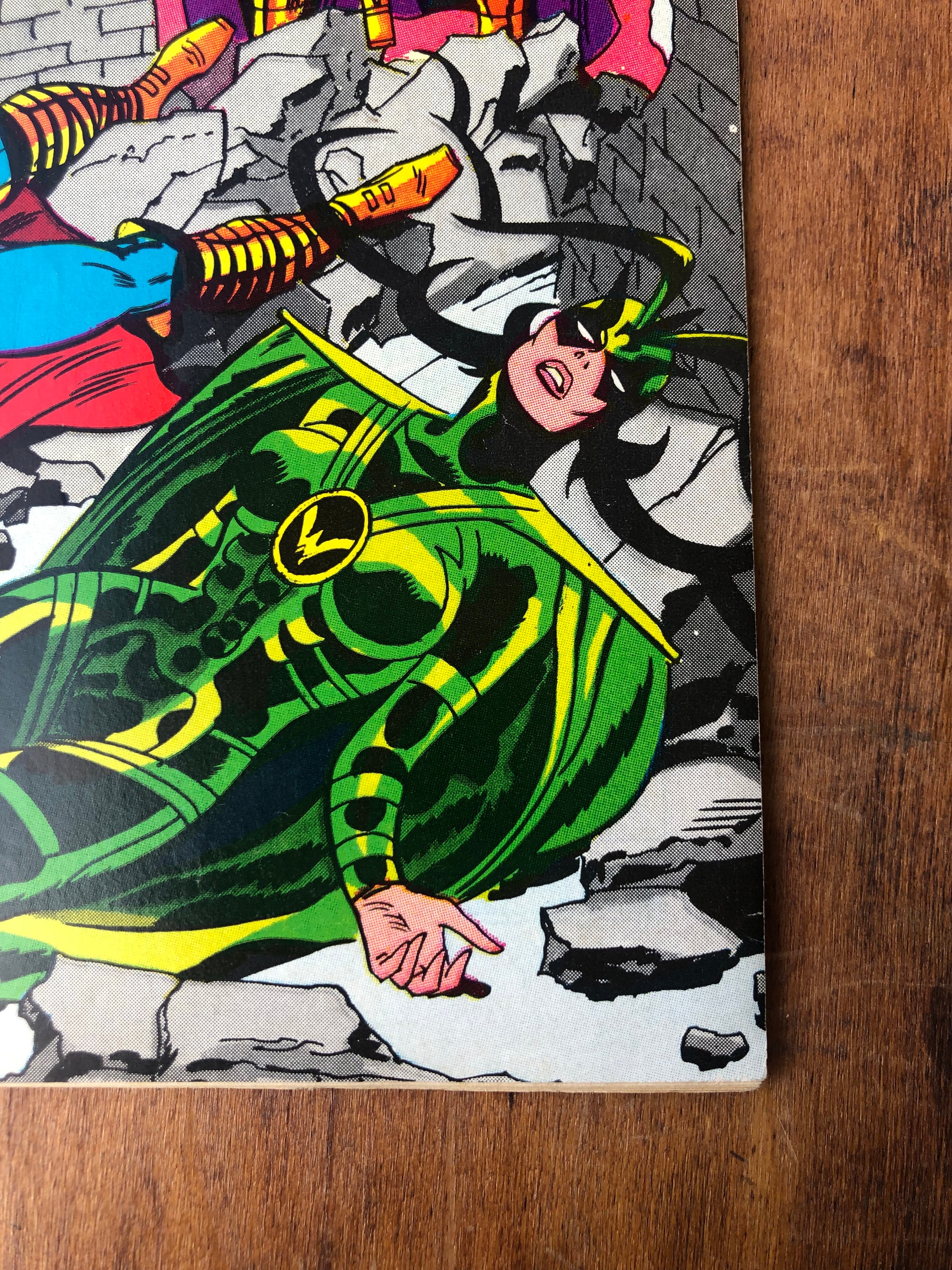 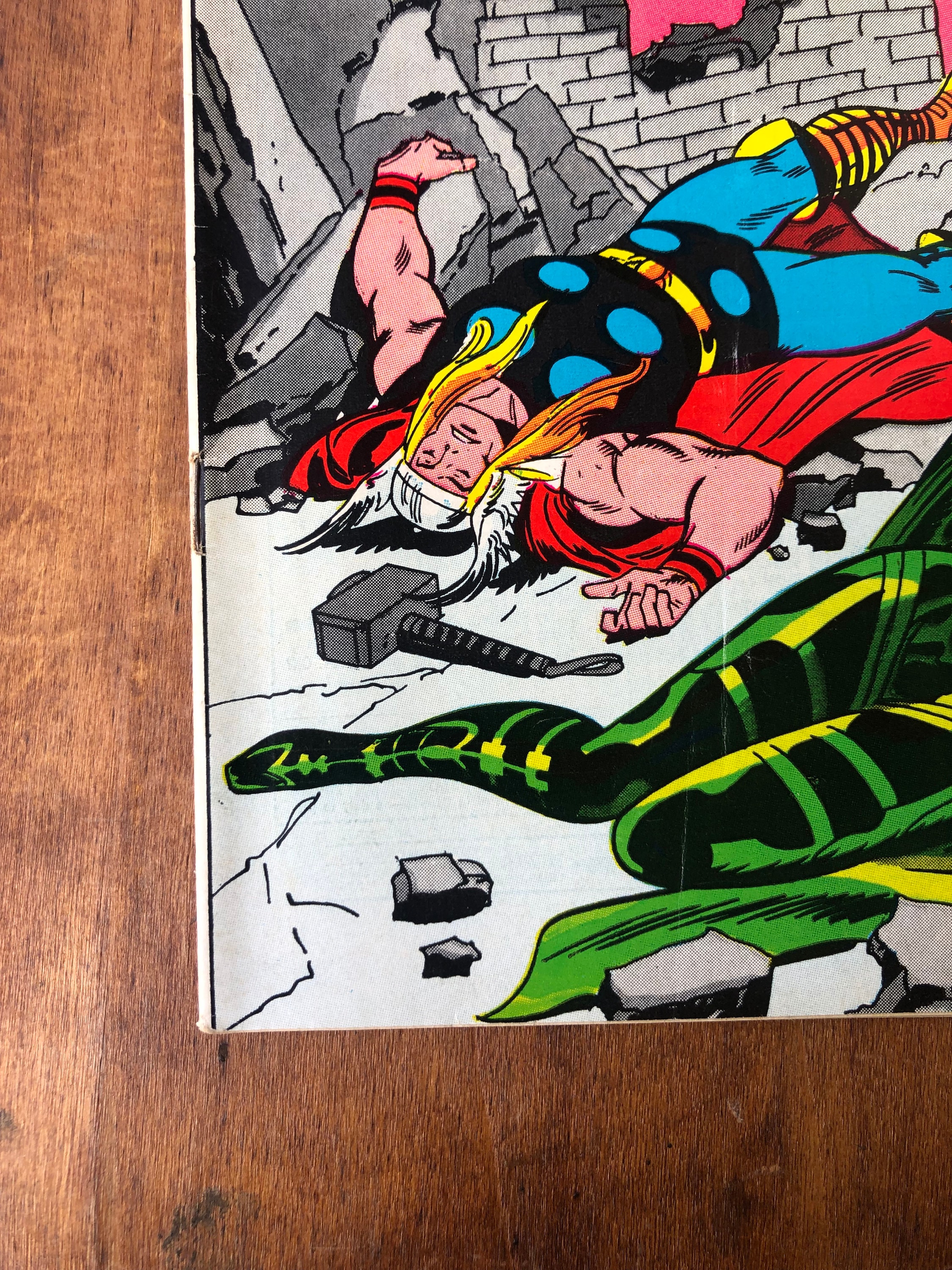 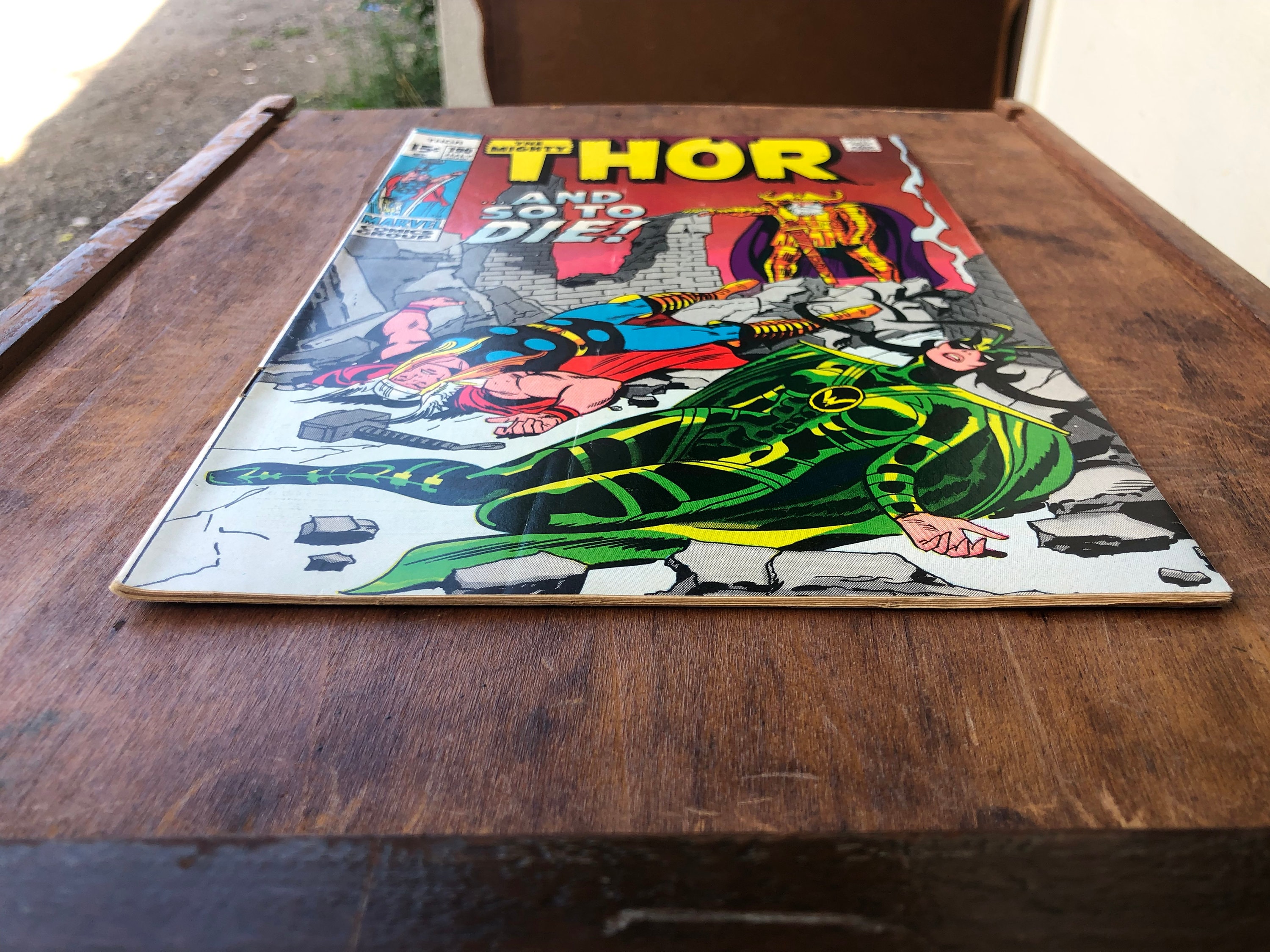 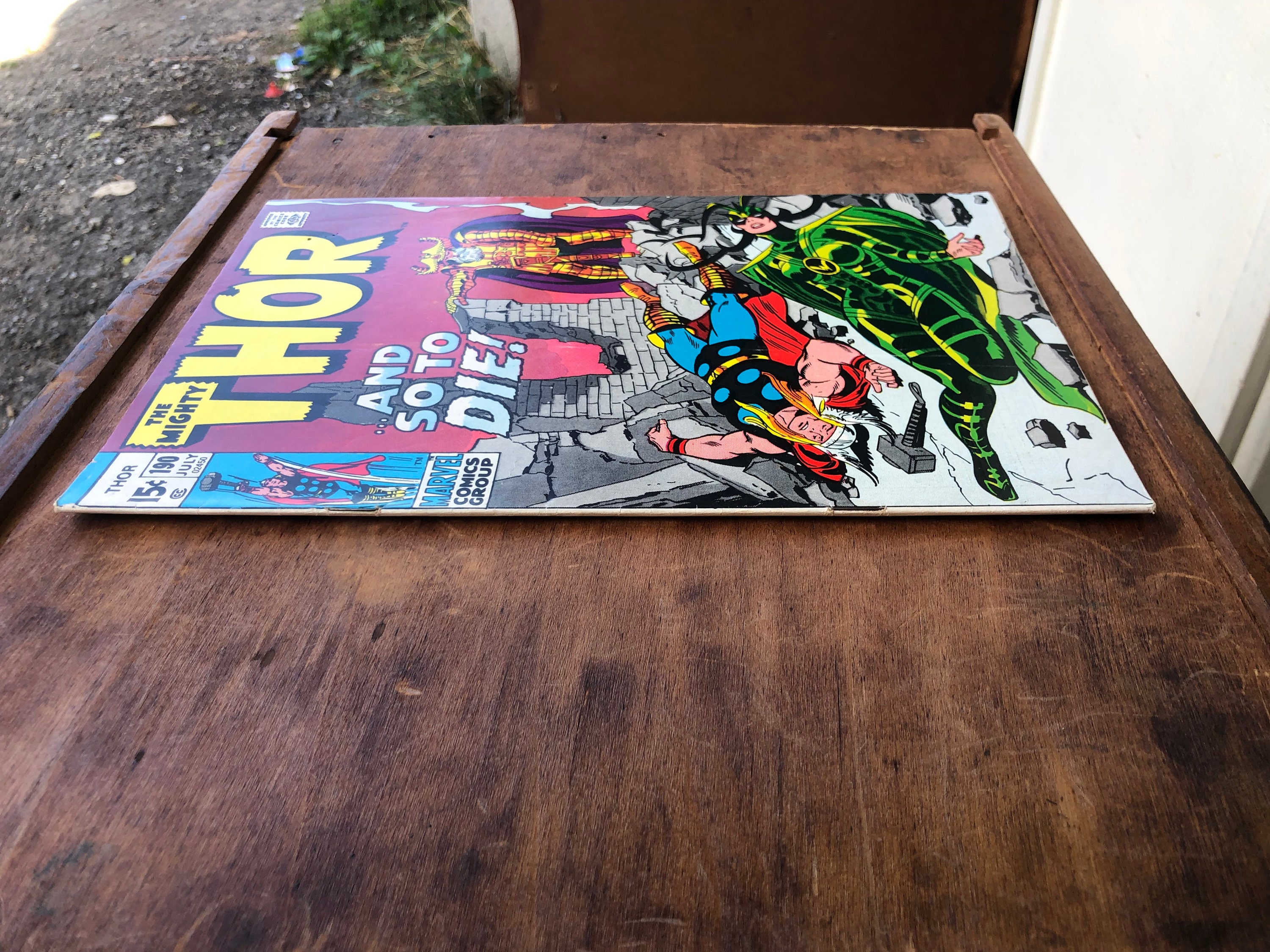 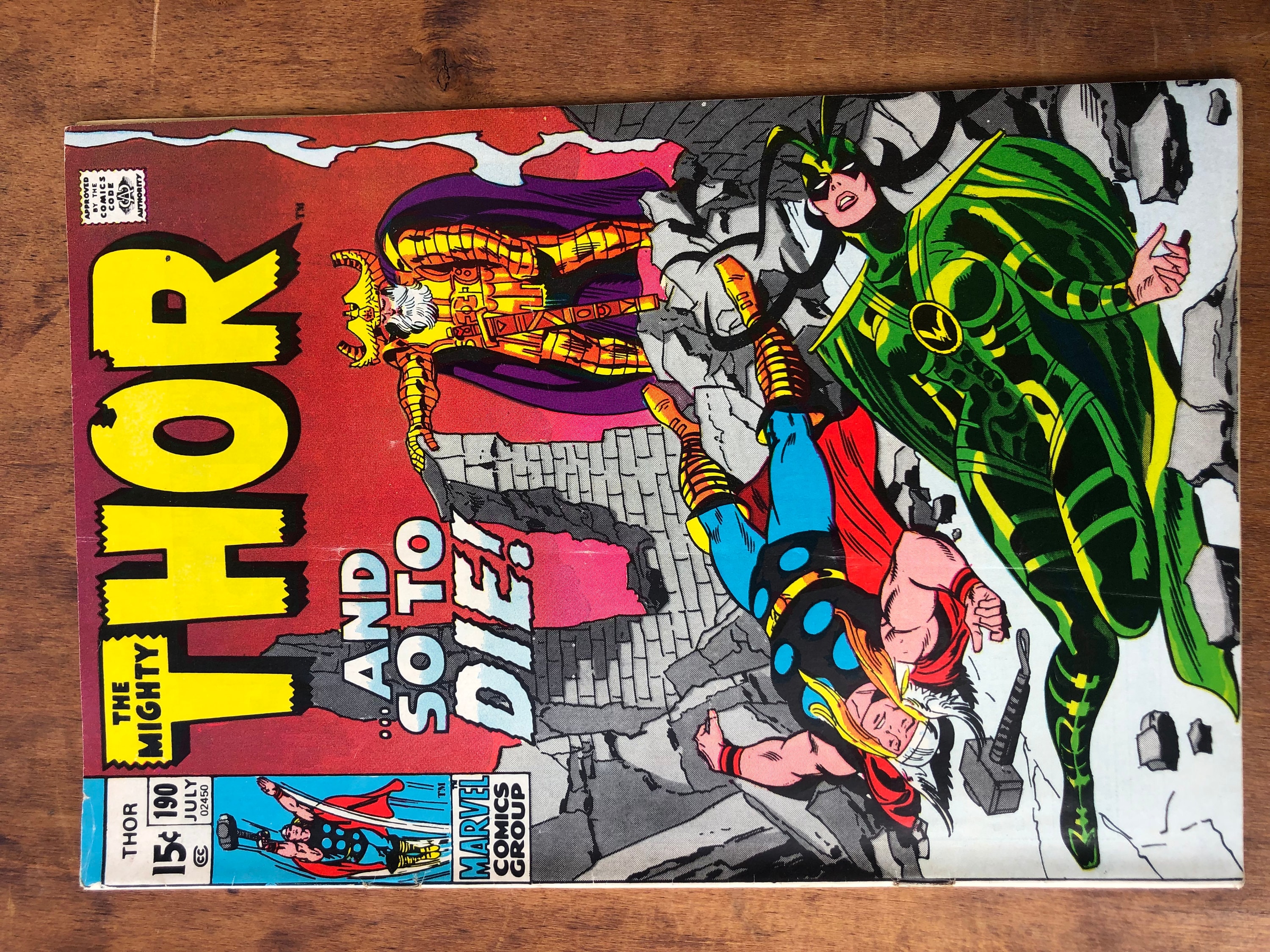 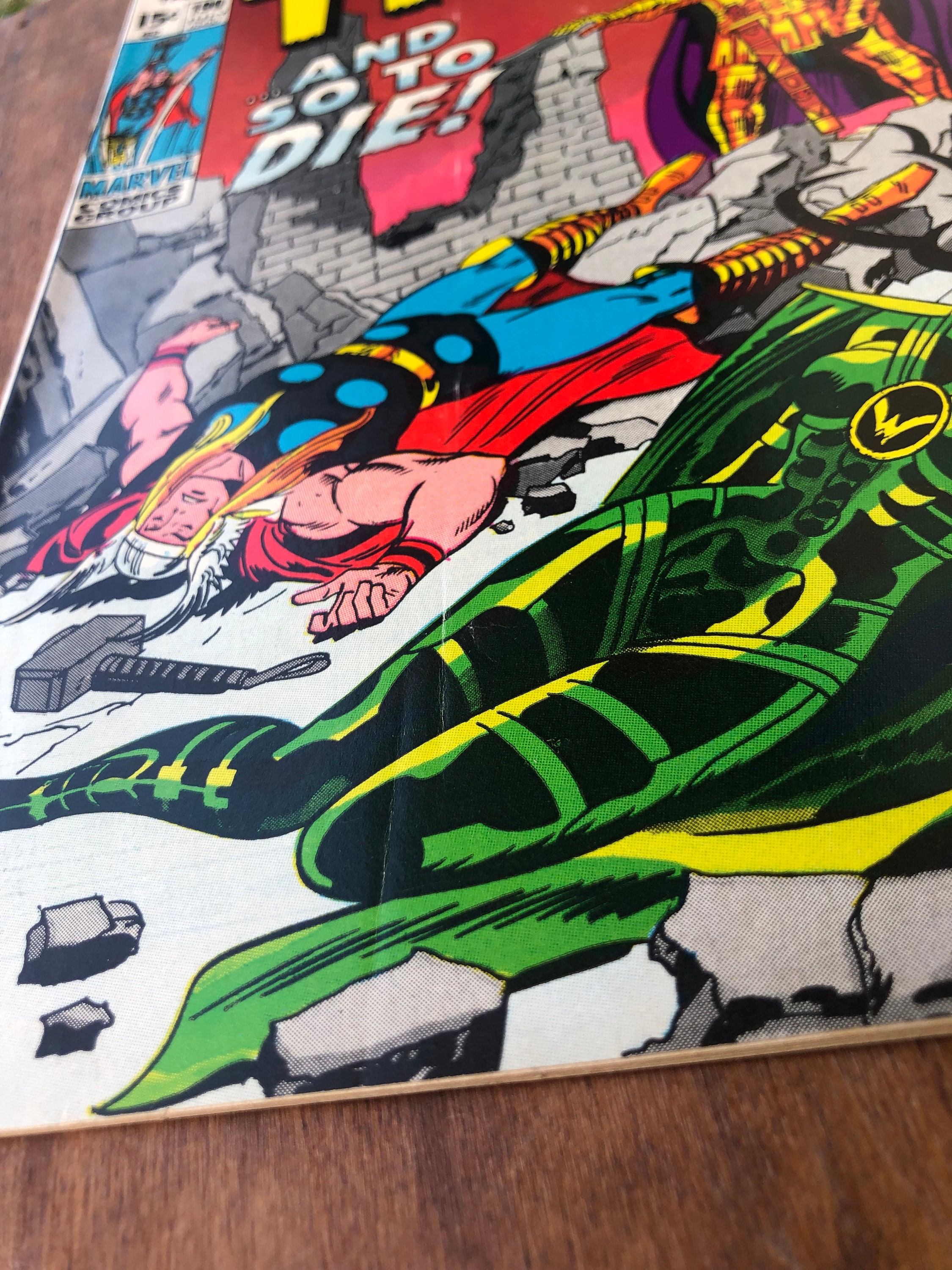 
AND SO TO DIE
Continued from the last issue...

Thor has been forced to accept Hela's gift of death, and he prepares to receive her touch. While in Asgard, Balder sleeps a troubled sleep with the thought of the oath of loyalty he has sworn to Karnilla. However, he finds these dreams are not just that; Karnilla herself has appeared before him to warn him that Thor's end is near. Rousing from his bed, Balder rushes to Odin to tell him what transpires. Karnilla appears and shows Odin an image of what is happening on Earth, witnessing it for himself. Odin refuses to allow his favored son to die.

Just before Thor is touched on Earth, he spots people on the streets vanishing. Thinking that it's Hela's doing, violating her promise she would not take another person's life if she has his, Thor teleports away and tries to escape. No matter where Thor goes, Hela is waiting there, prompting Thor to try harder and hard to get away from her.

Finally returning to New York, Odin appears before them and demands that Hela not take Thor's life. When she refuses to comply, Odin slays her with his Power Scepter. Thor is horrified by what Odin has done because he has doomed everyone in the universe to live in a realm without death and that the world would soon overpopulate and chaos would spread everywhere. Realizing the worst is happening, Odin agrees with Thor and uses his power to restore Hela to life.

Thor accepts his fate and allows Hela to touch him with no other choice. As he begins to wither and die, the emotional Odin transports Sif to Earth so that she might spend her lover's last moments together. With Thor dying, Sif decides to try and appeal to Hela's feminine spirit and manages to touch her feelings. Hela is truly moved when Sif offers herself in sacrifice so that Thor may live. This brings tears to Hela's eyes, and she is now moved enough to change her mind and restore Thor to life. Hela soon departs, telling those gathered that they will eventually feel her embrace someday.

Returning to Asgard, Odin, Sif, and Thor are shocked to find a giant in Heimdal's place guarding the Bifrost Bridge. Thor easily dispatches the giant, and they find that the kingdom has been taken over by Loki, who took advantage of the fact that Odin left his Odinring behind while on Earth. Rightful ruler since he is wearing this ring, Loki orders all the people of Asgard to prepare for a war of conquest and that their first target is the planet Earth.