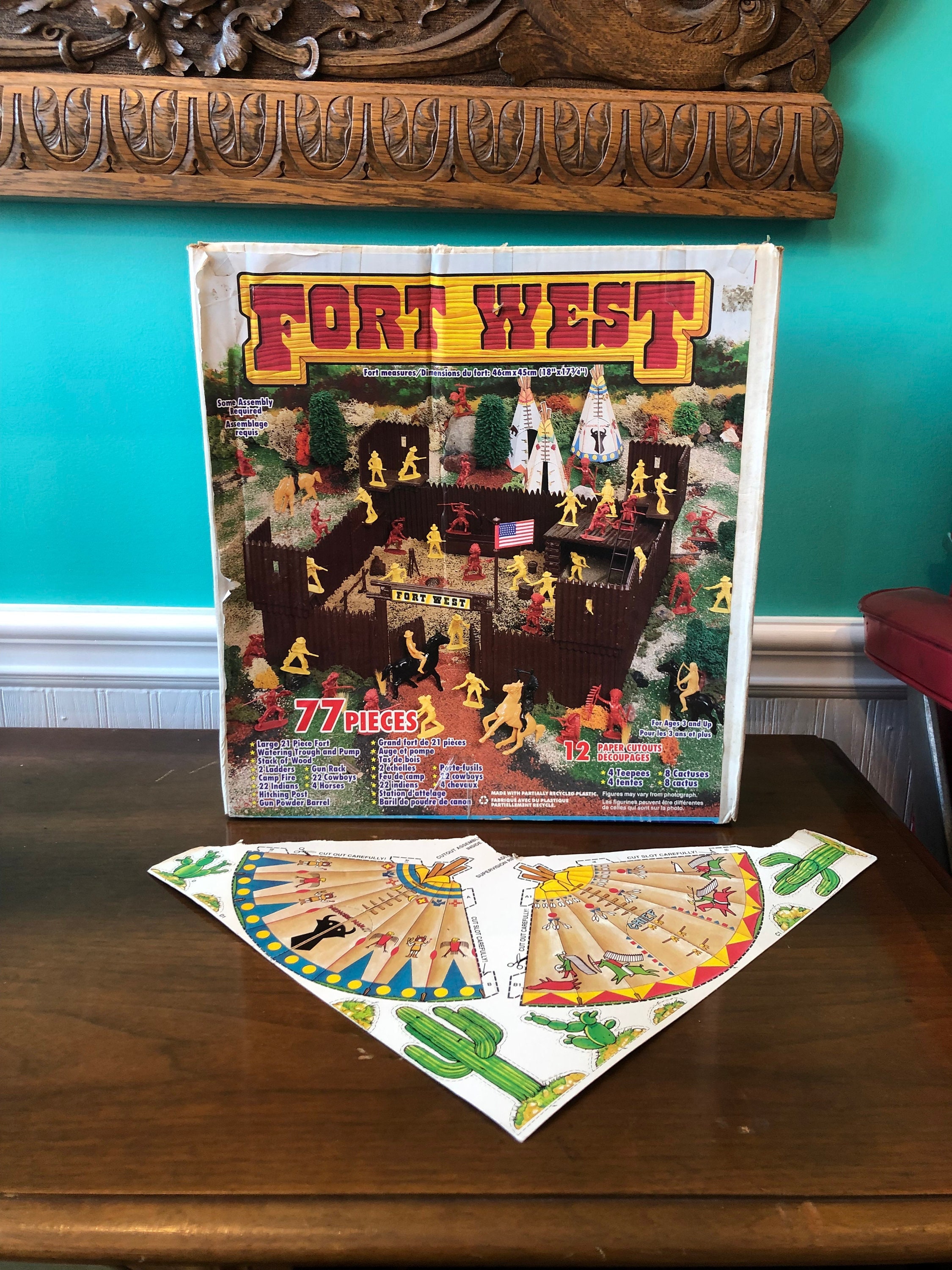 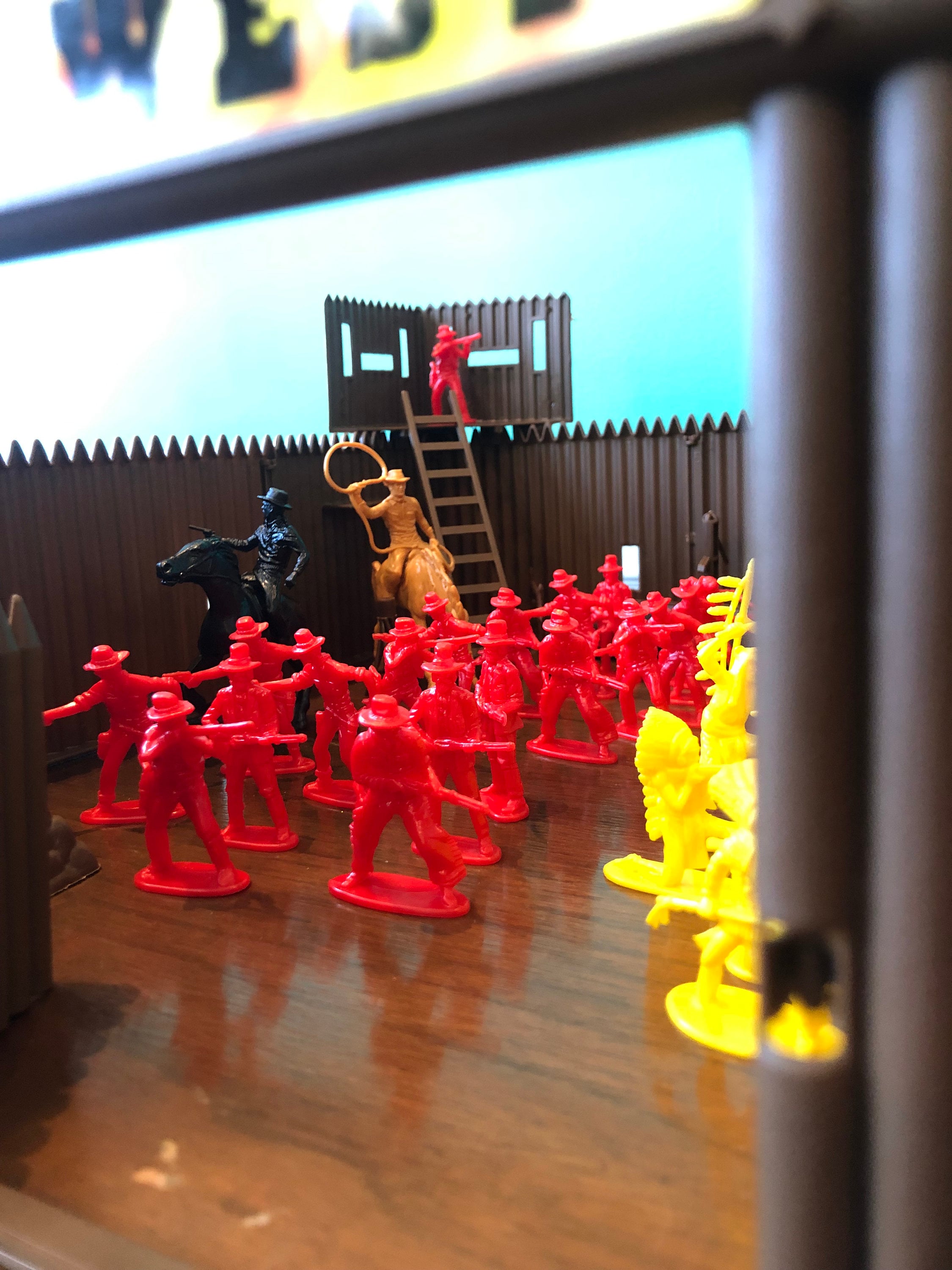 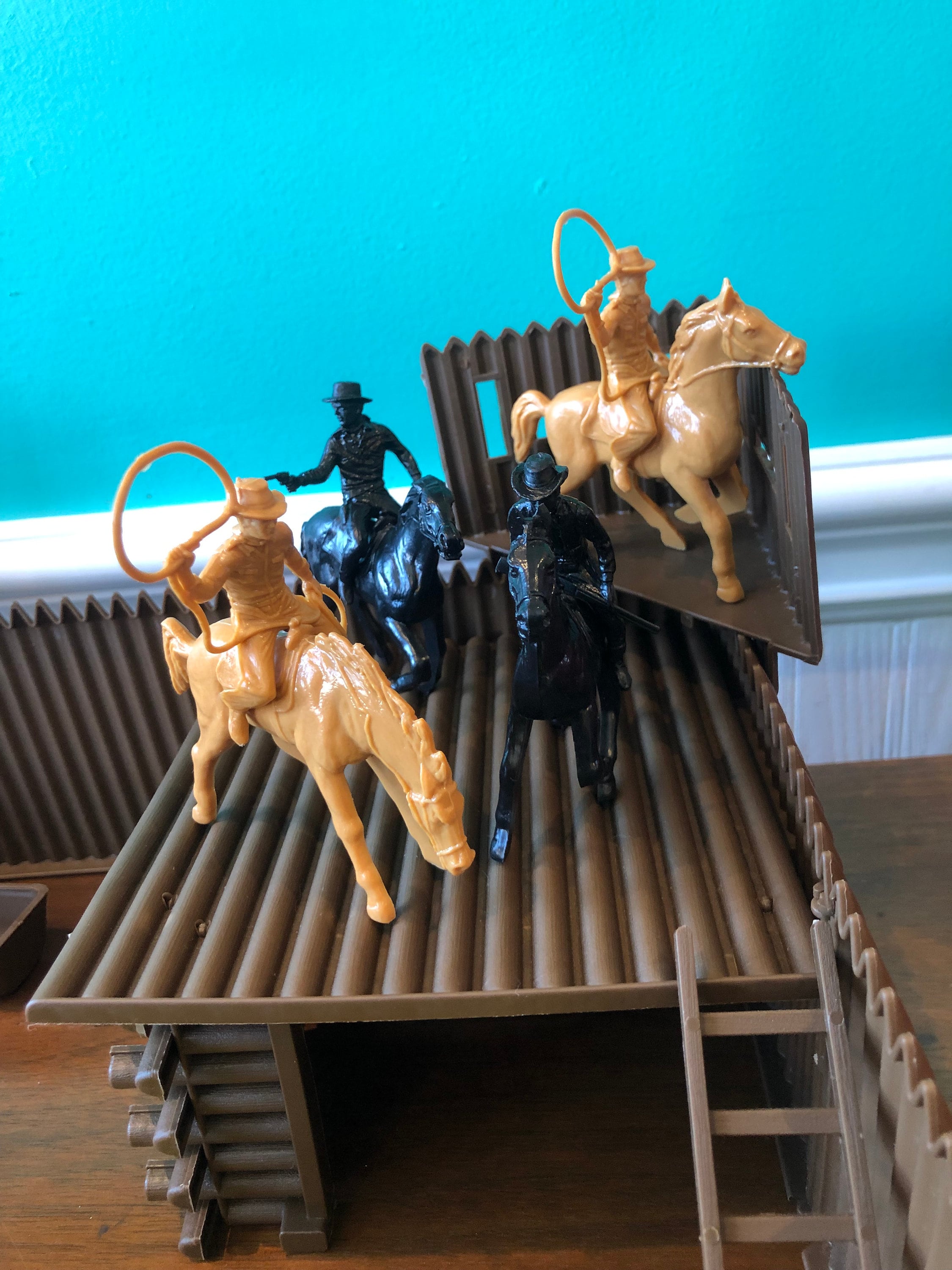 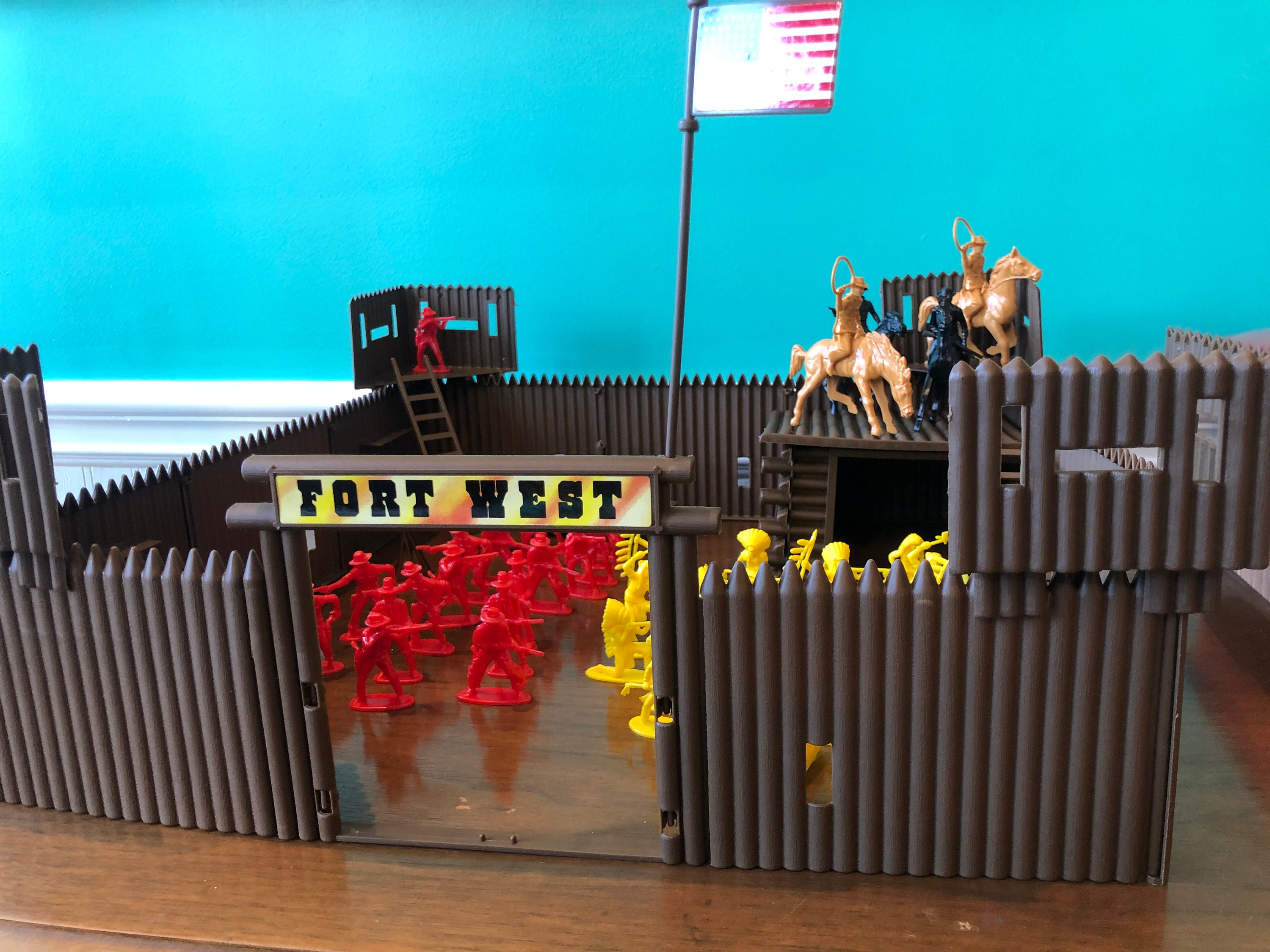 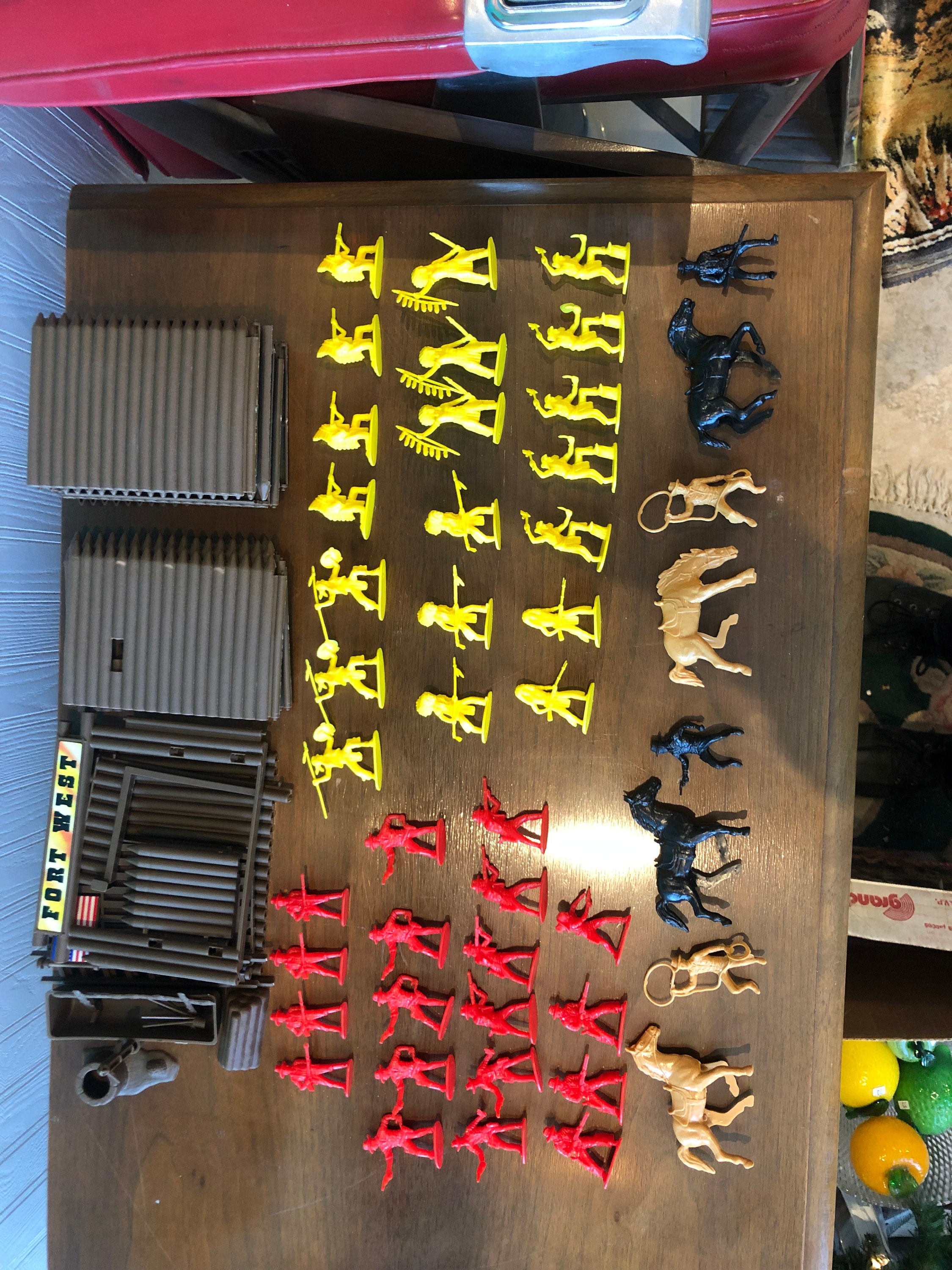 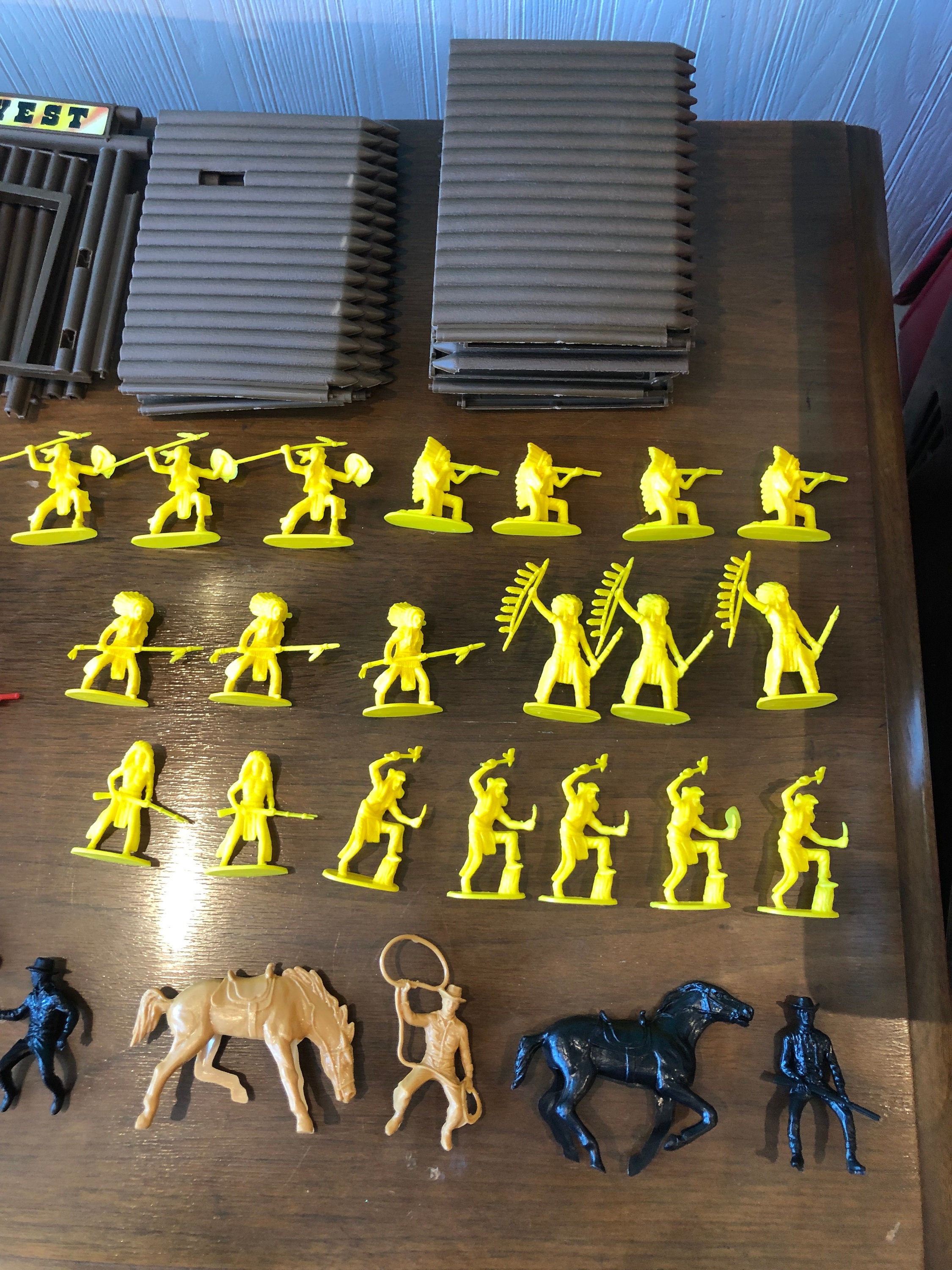 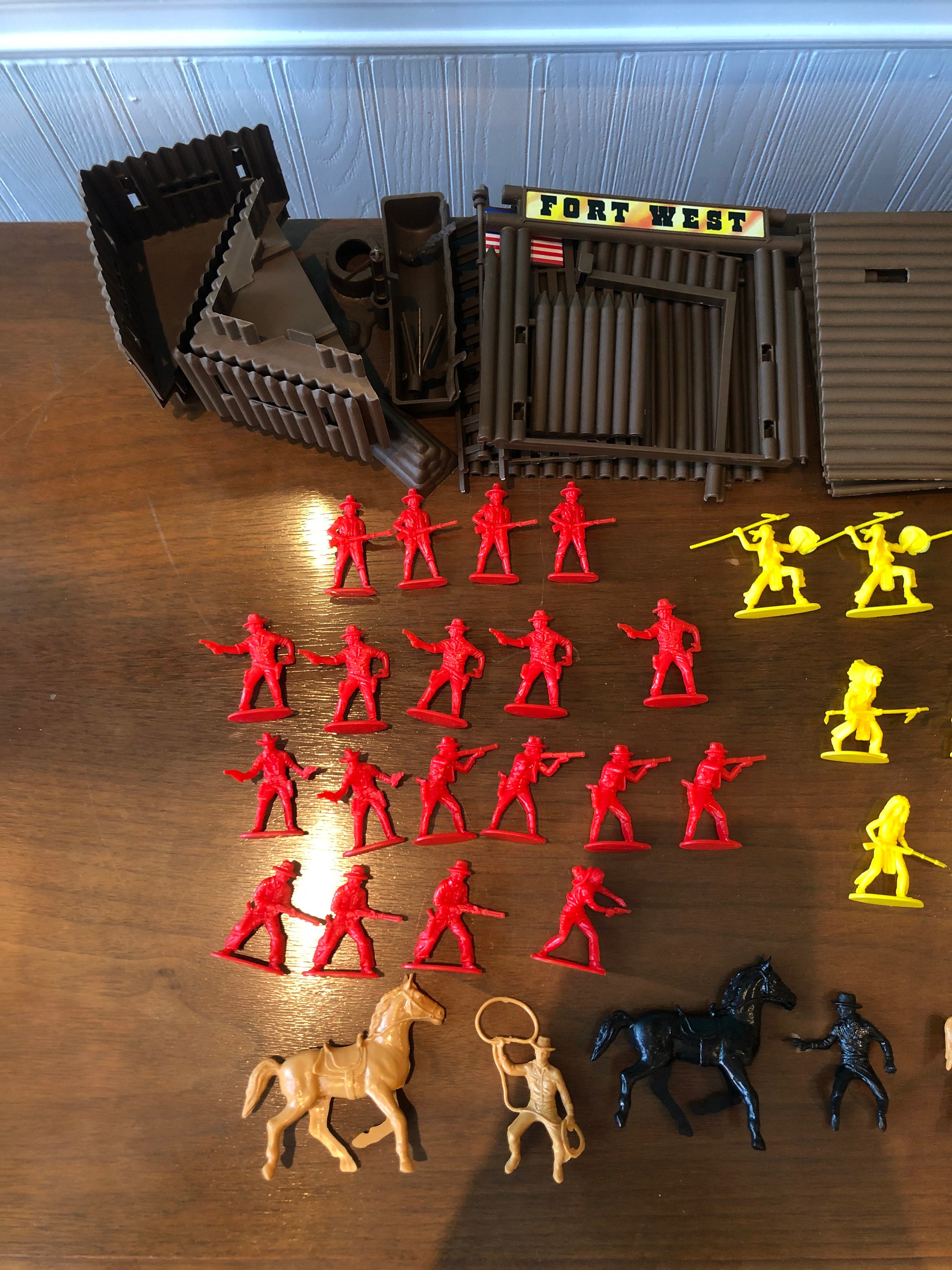 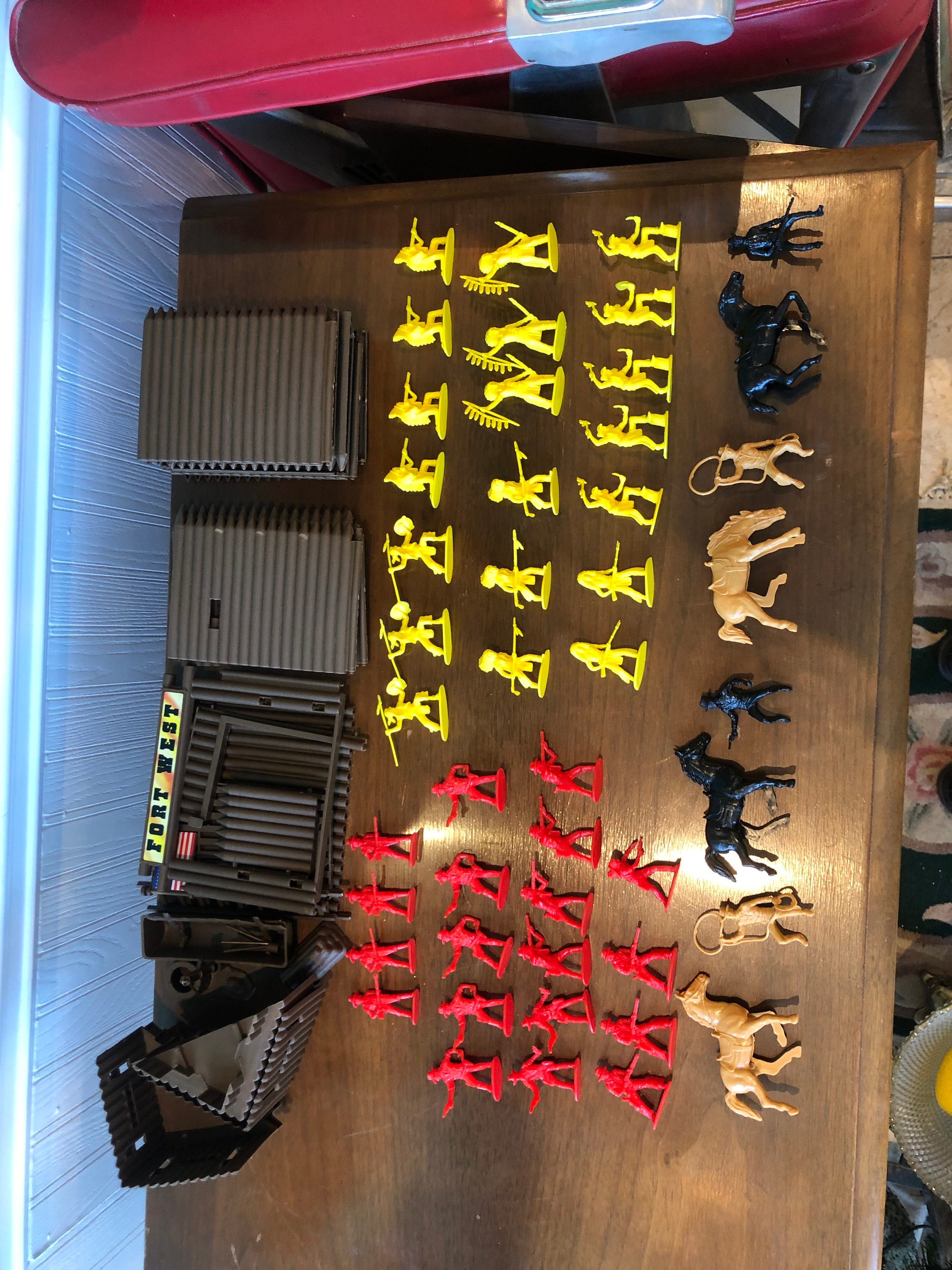 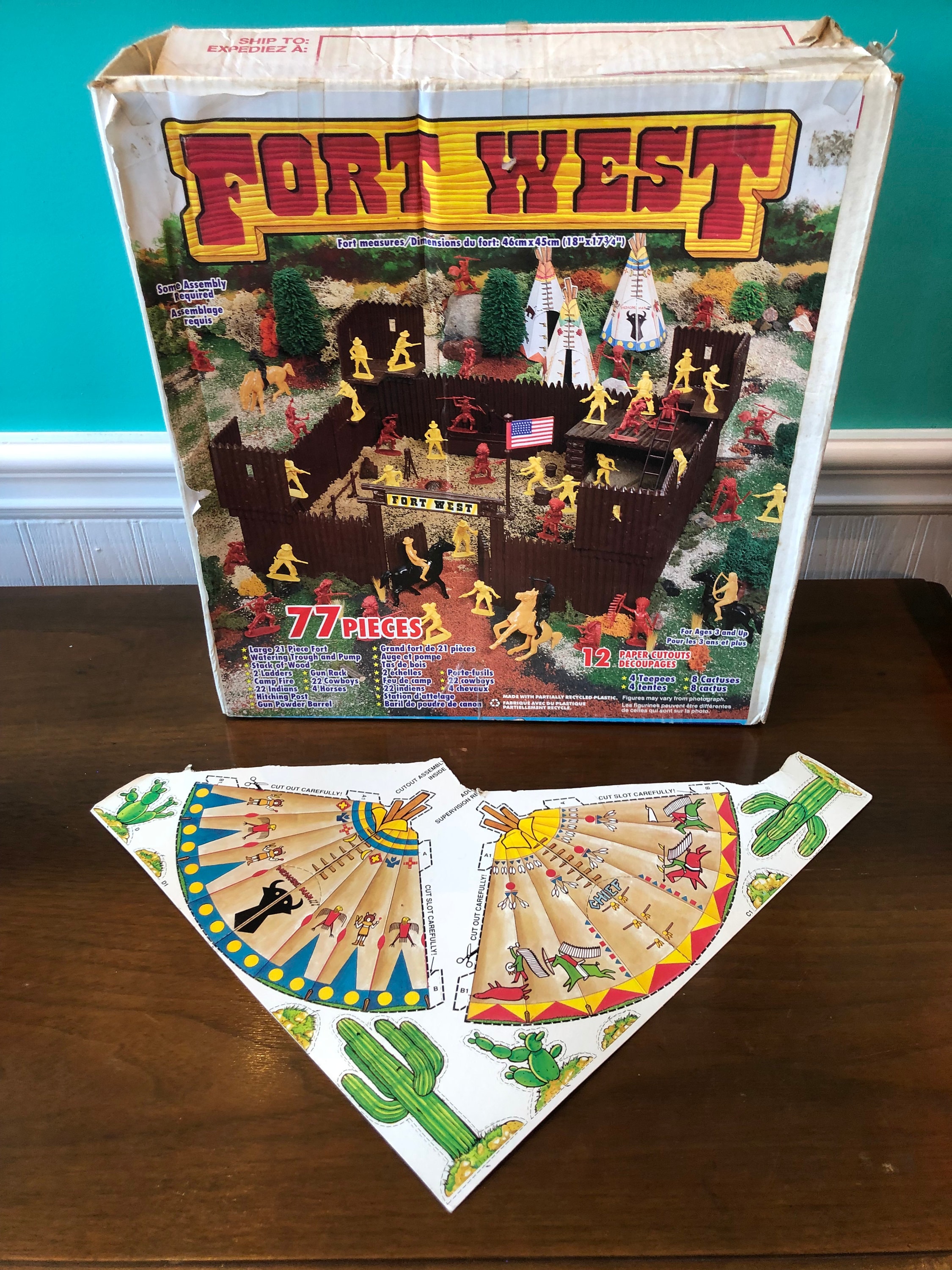 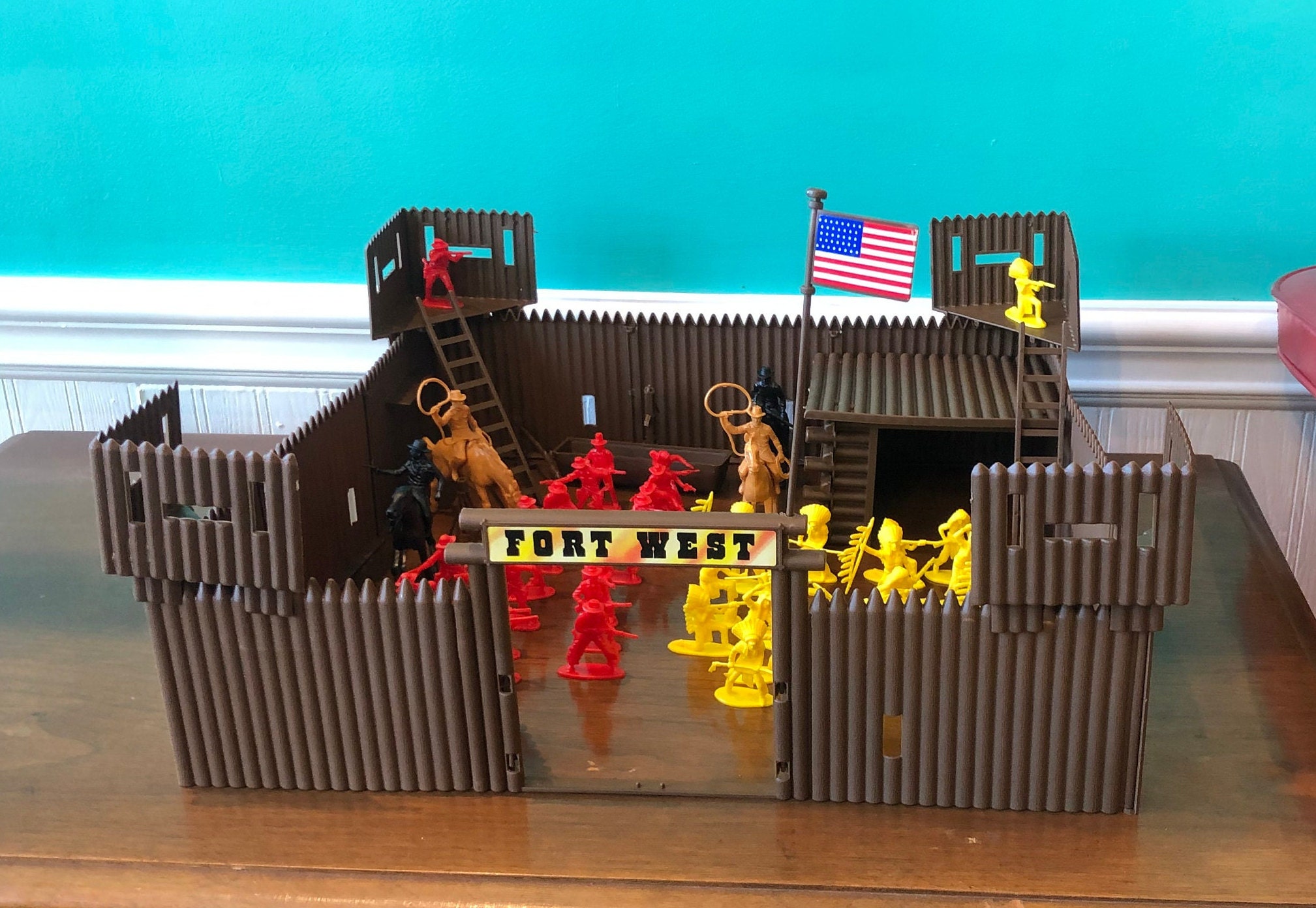 Here we have a western outpost set from Grand Toys Ltd. Quebec, Canada.
It is in used condition.
It is missing 2 Indians but has one extra cowboy, everything else looks complete.
It comes with the original box.

Grand Toys (Jouets Grand) is a toy distributing company that is based in Canada. The company, which has been operating for over 45 years, does not manufacture toys but rather distributes the toys that it has imported under licensing and distribution agreements that it has made with various toy companies from all over the world.

The main head office of Grand Toys is situated at 1710 Trans-Canada Highway, Dorval, QC, H9P 1H7, in Quebec. Grand Toys has many subsidiaries in different parts of the world and in many cities in Canada such as Grand Concepts Inc. in Ontario and Grand Toys International in Montreal. Through these subsidiaries, the company develops and distributes the outsourced manufacturing of toy and toy-related products in different parts of the world.