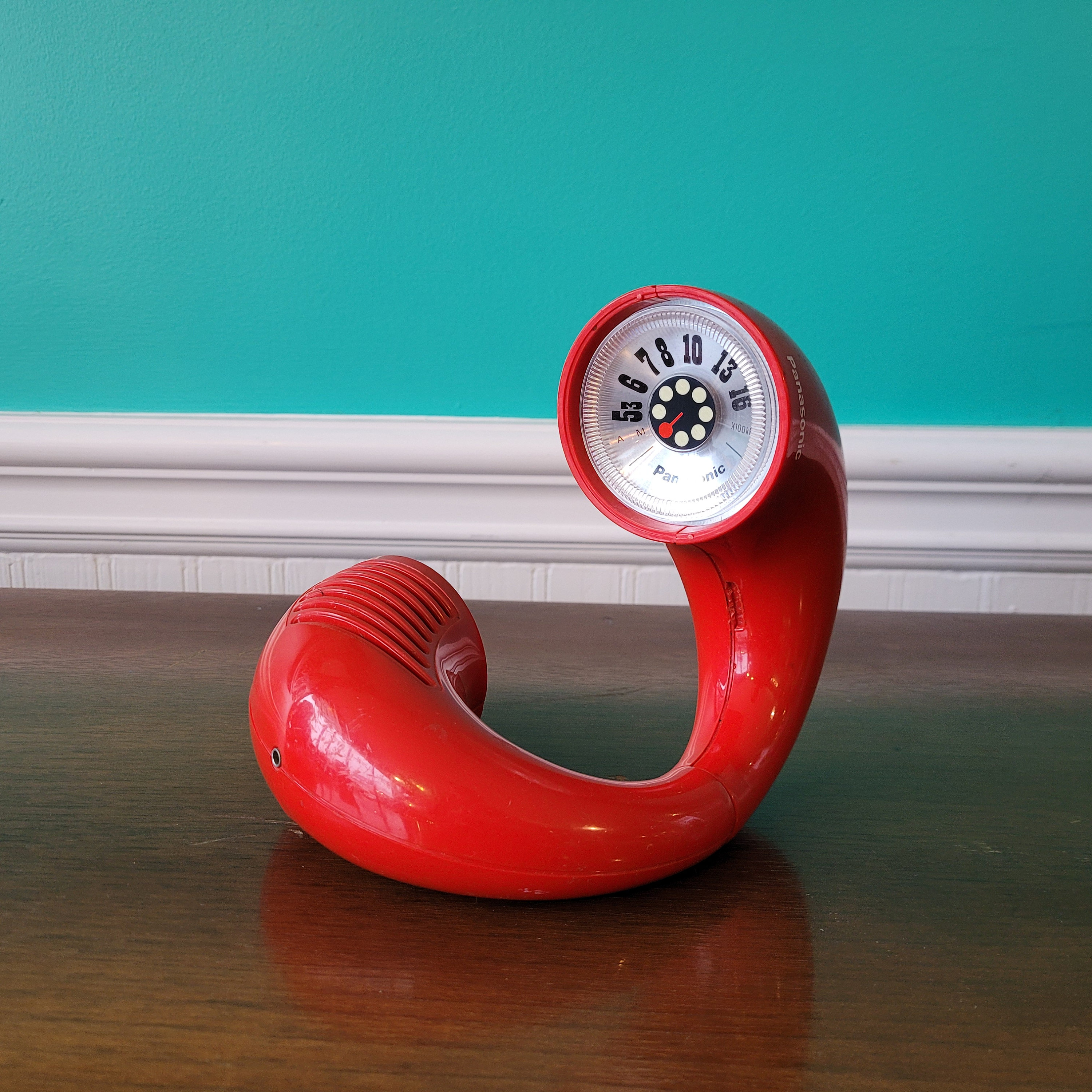 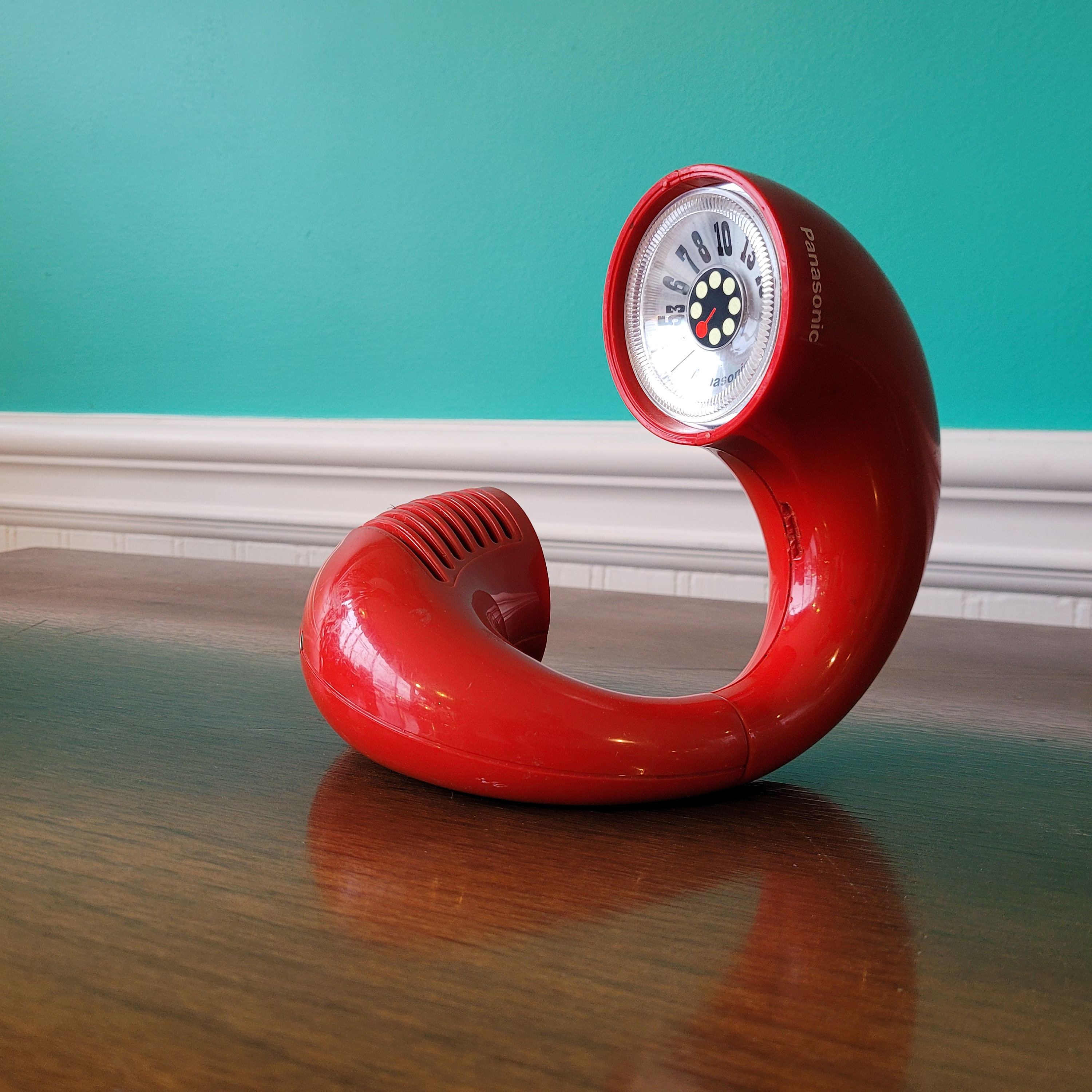 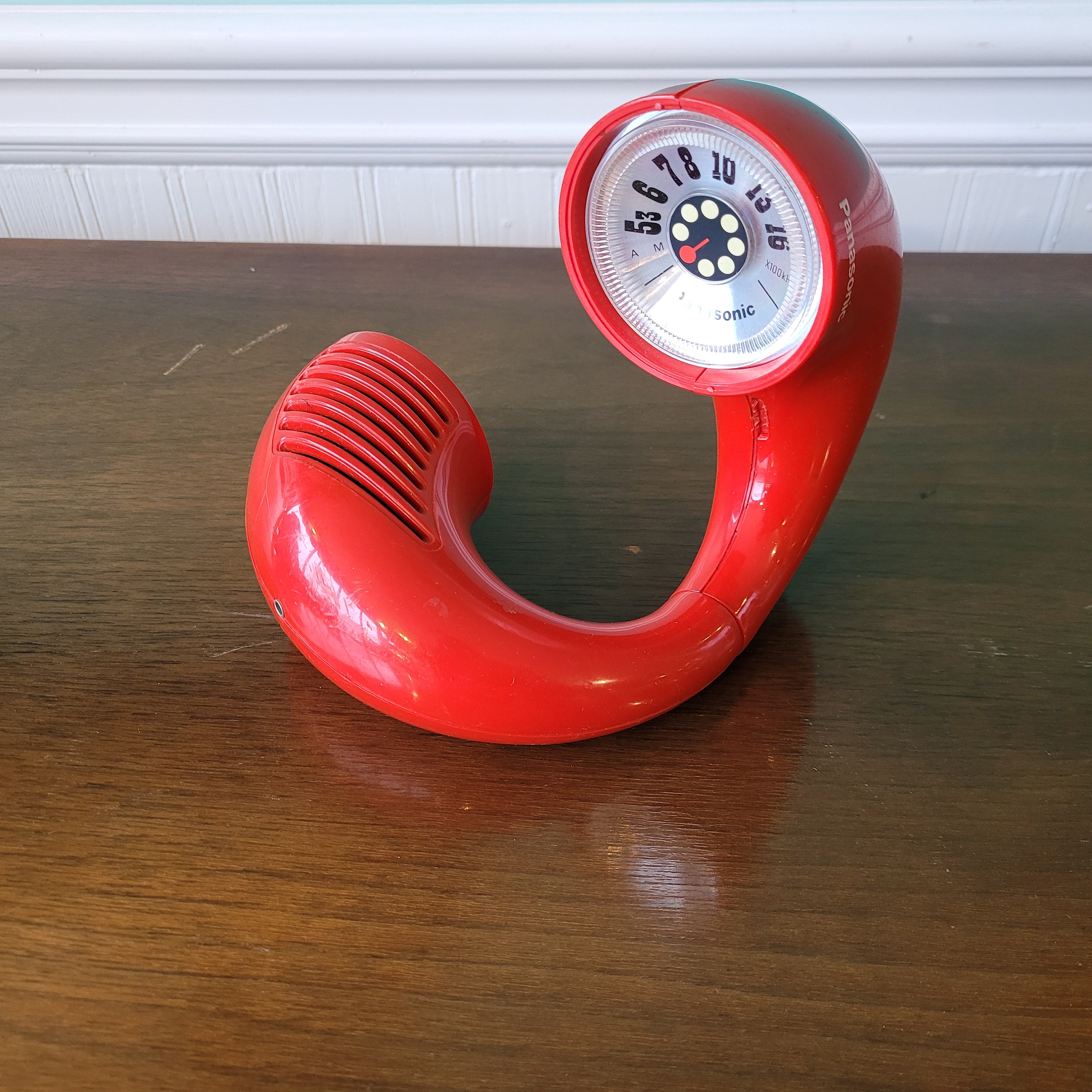 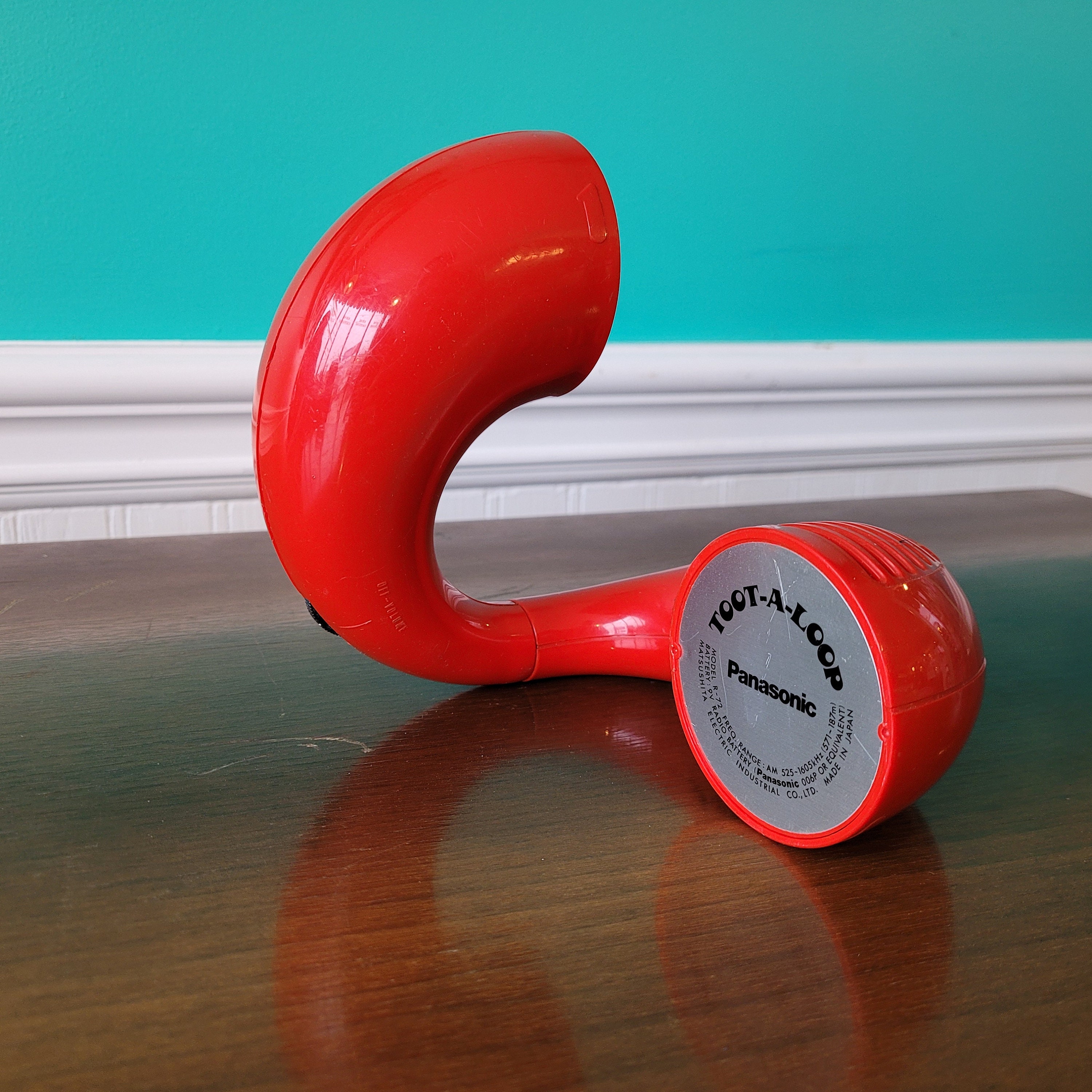 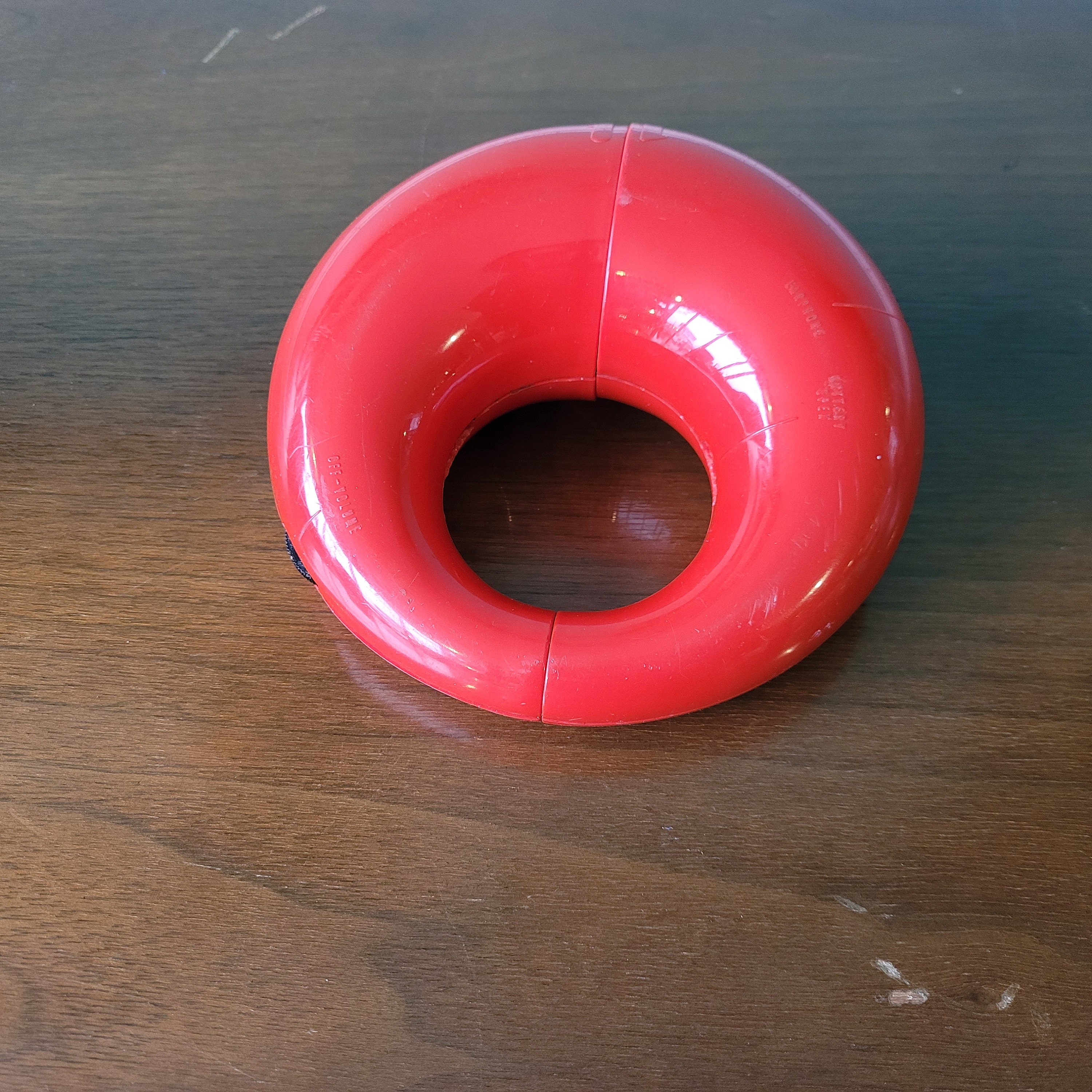 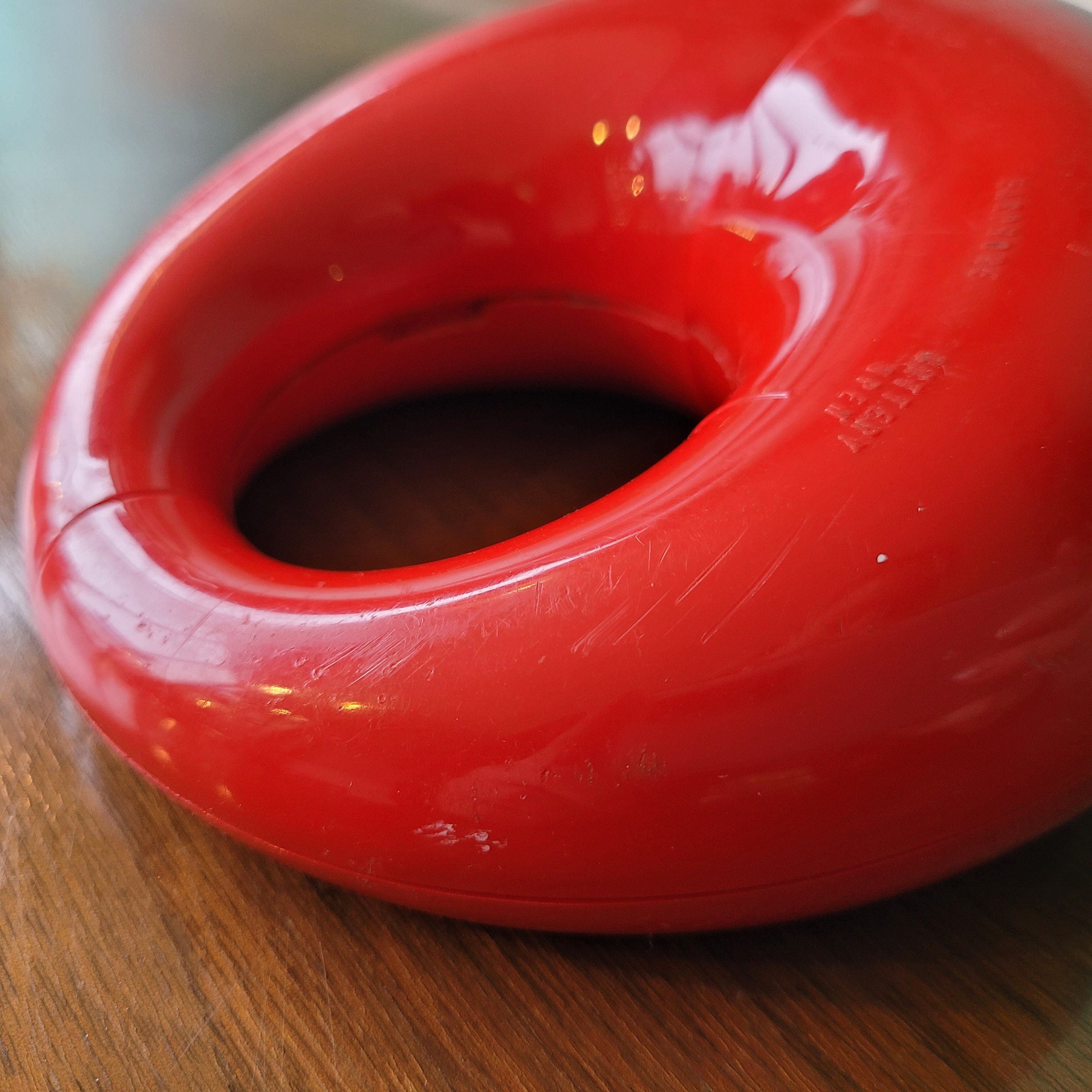 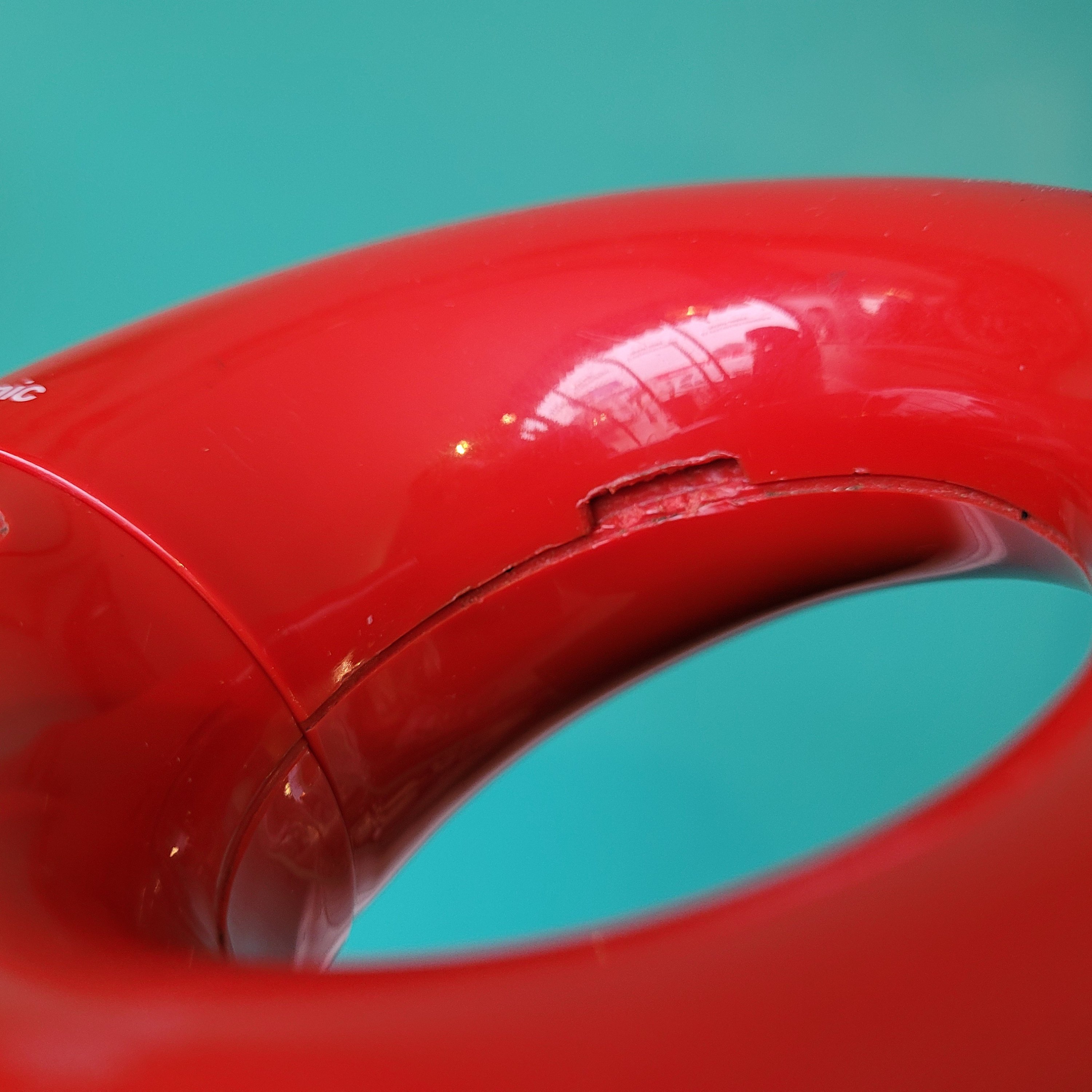 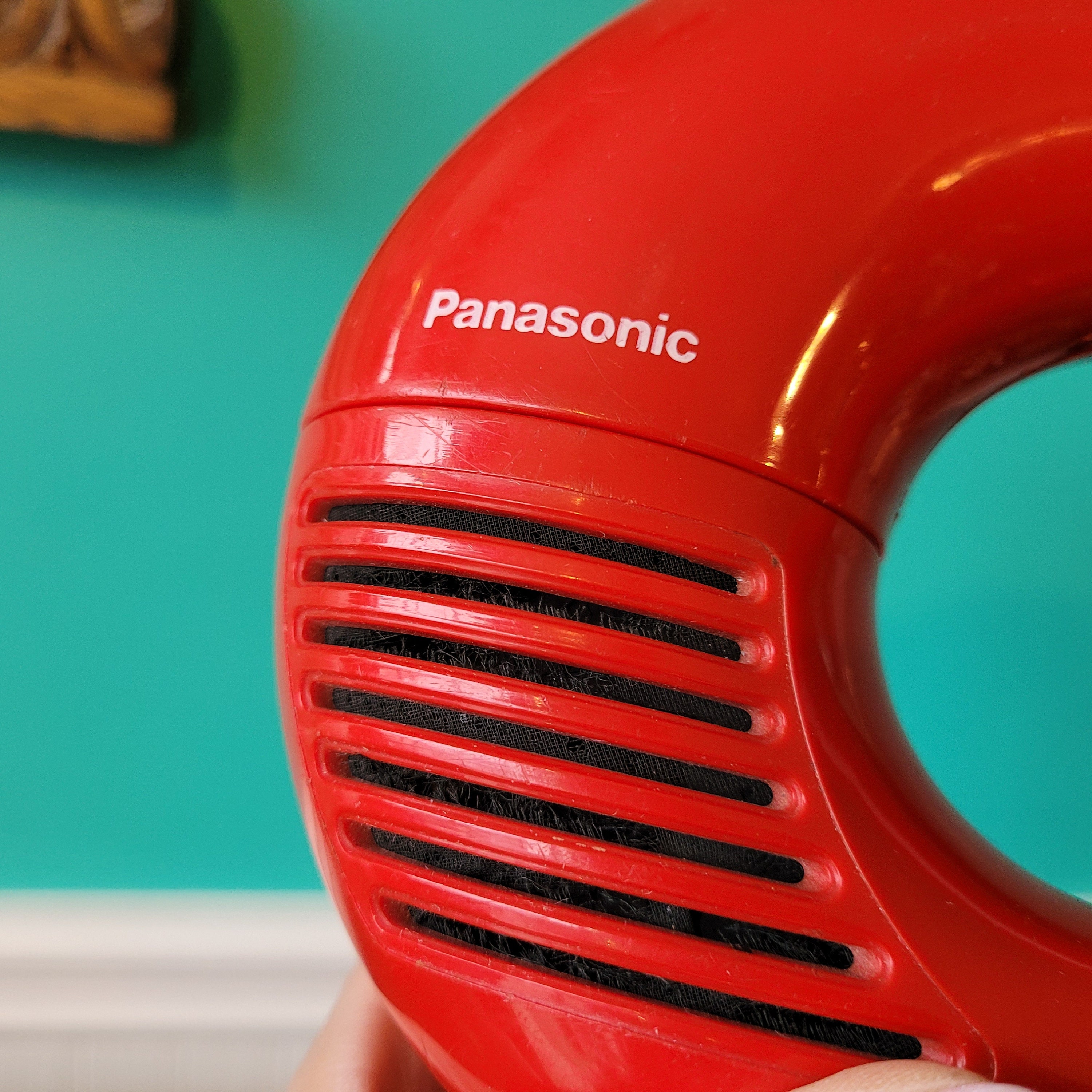 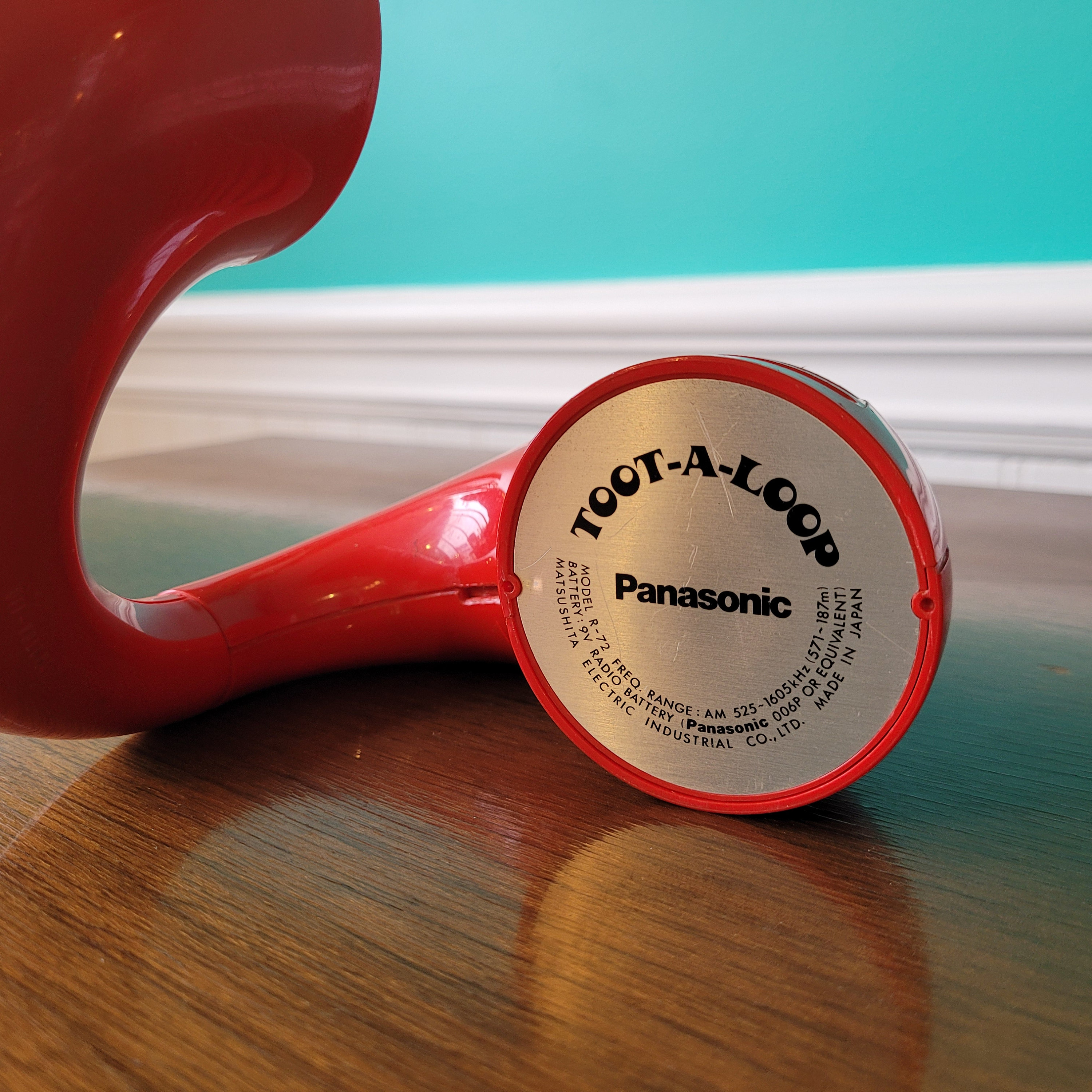 The Toot-a-Loop Radio or Panasonic R-72 is a novelty radio made by Panasonic Japan in the early 1970s.

This radio was designed to be wrapped around the wrist (provided your wrist wasn't too large or small). Reception was the AM broadcast band only - no FM (the FM version of this radio is called RF-72).

Shaped something like a donut with the hole off-centre, then twisted, the smaller half would pivot and the larger half would separate, forming an "S" shape. One side of the radio had a grille behind which sat the speaker. There was also a jack for a mono earplug. The tuner was located inside one of the "splits," so the radio had to be twisted into the "S" position in order to be tuned, but the volume control was on the outer diameter of the radio and could be adjusted regardless of whether the radio was twisted open or closed. The Toot-a-Loop came in several colors including white, red, blue, and yellow. It was also produced in orange and lime, which were sold in Australia and New Zealand. Australian and New Zealand models had the badging National Panasonic and were advertised as a "Sing-O-Ring" radio.

Also known by collectors as a bangle or wrist radio. The advertisement song went "It's an S it's an O it's a crazy radio! Toot a loop!".

This radio is in excellent working condition with some minor signs of wear and small dings near the battery door cover as to be expected with a vintage piece that got plenty of careful use in its day.