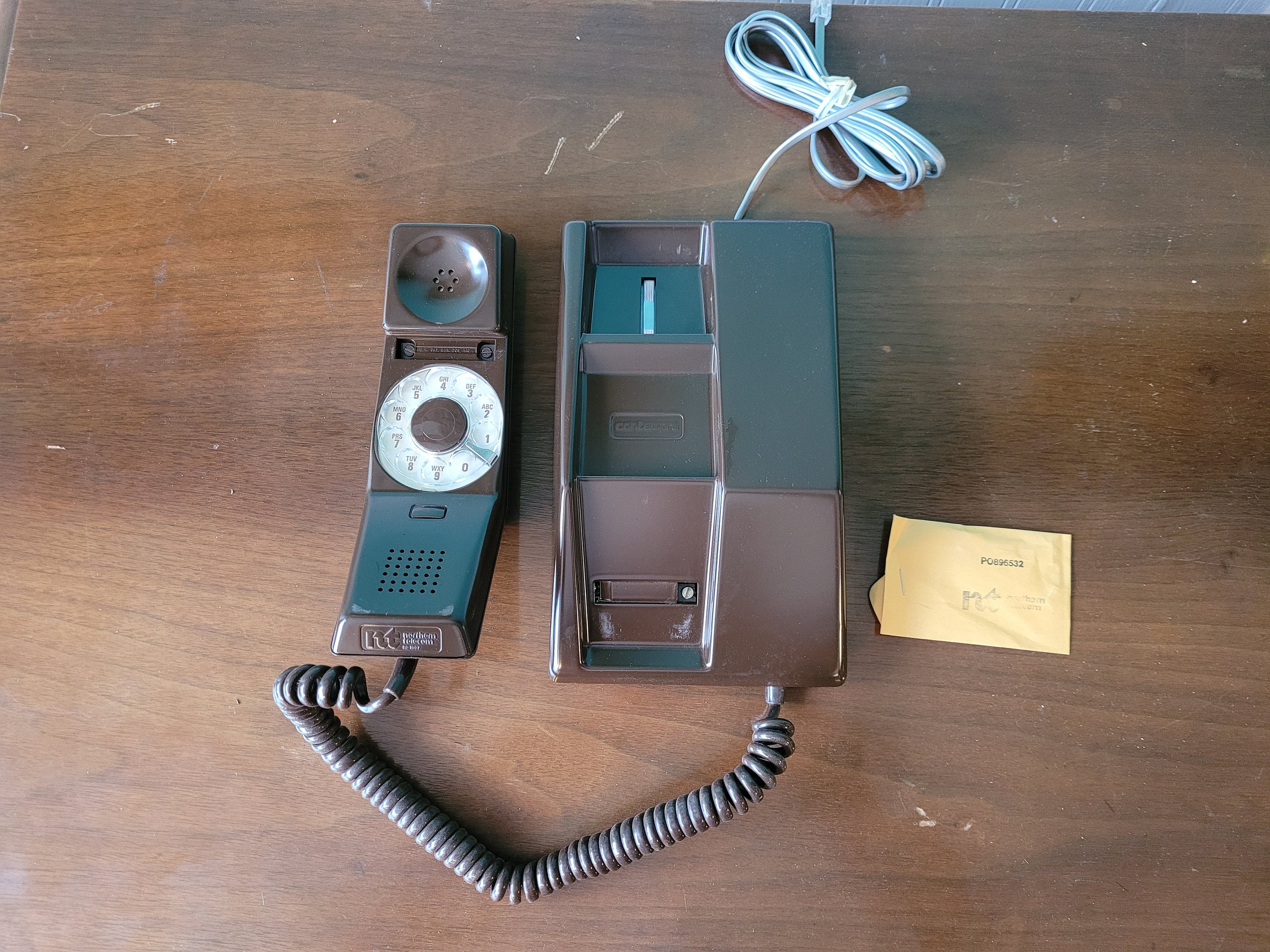 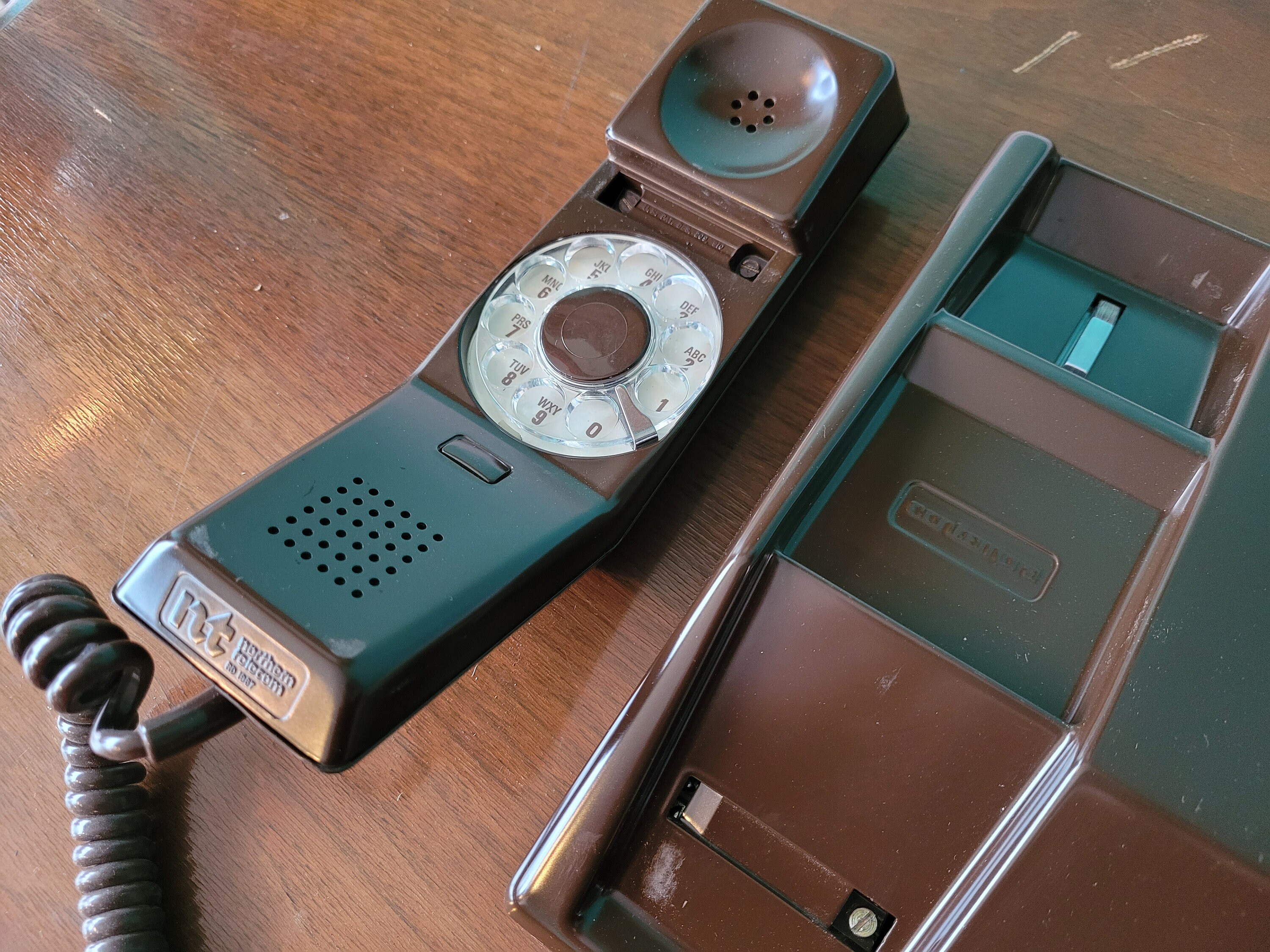 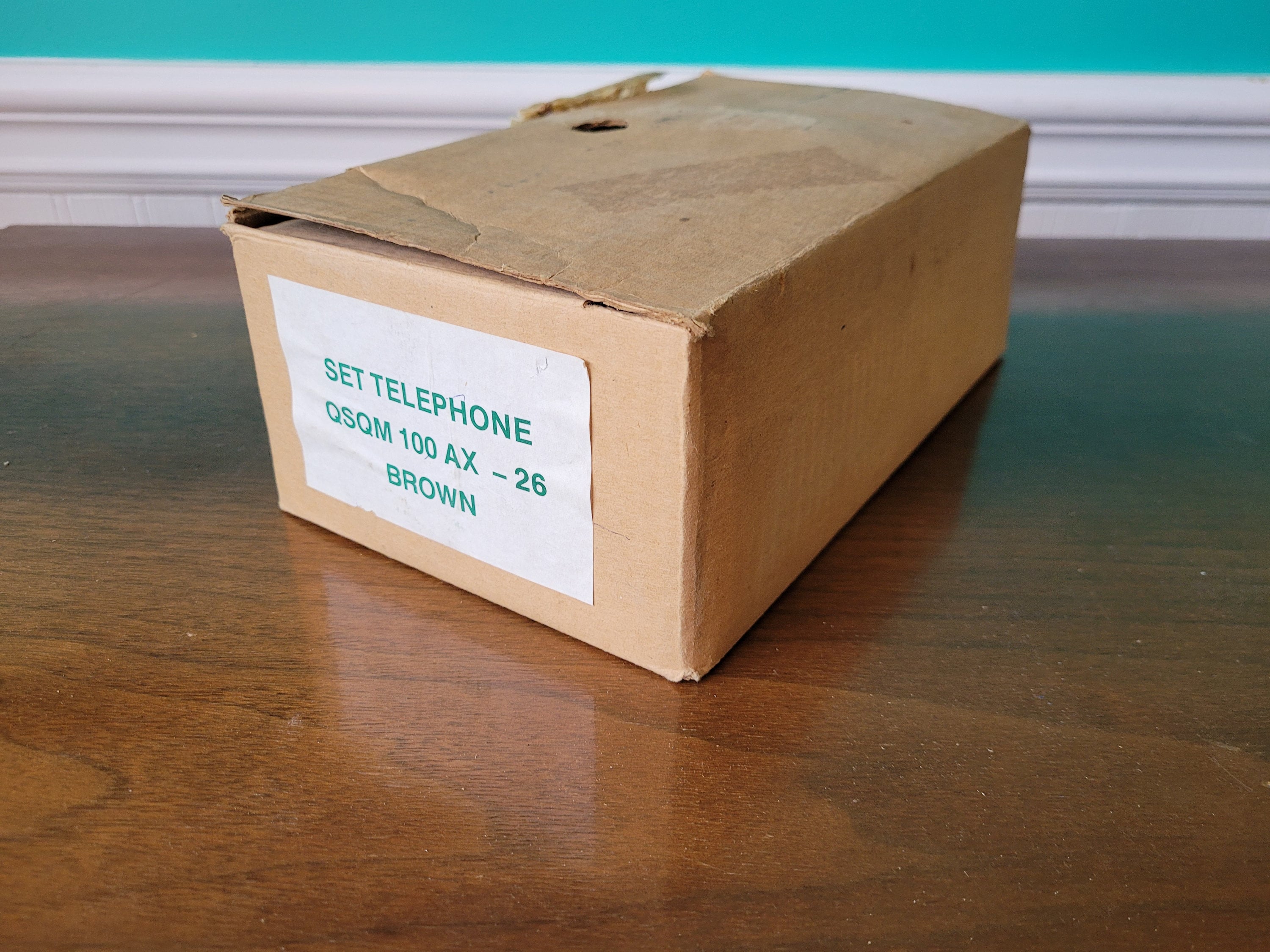 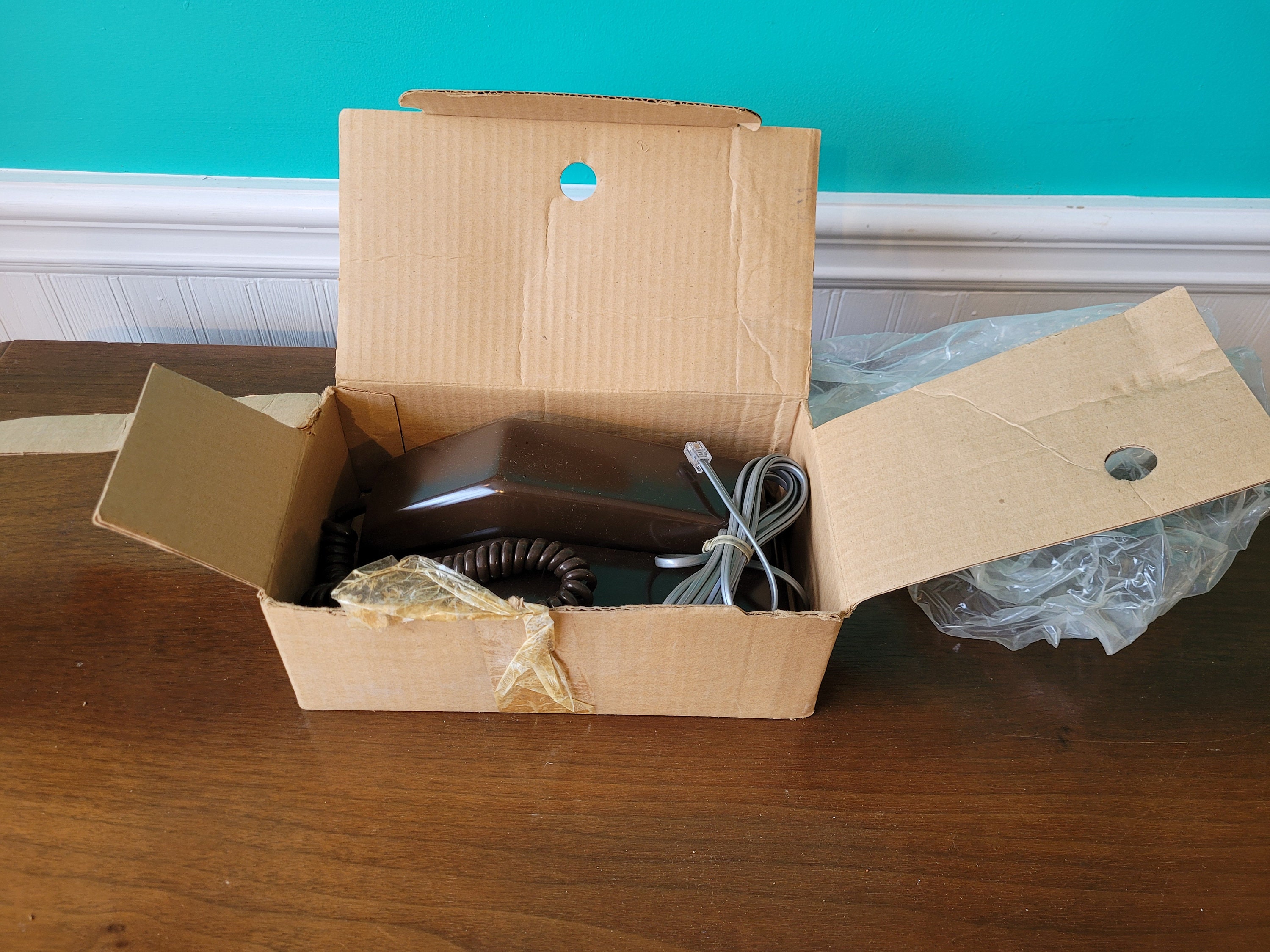 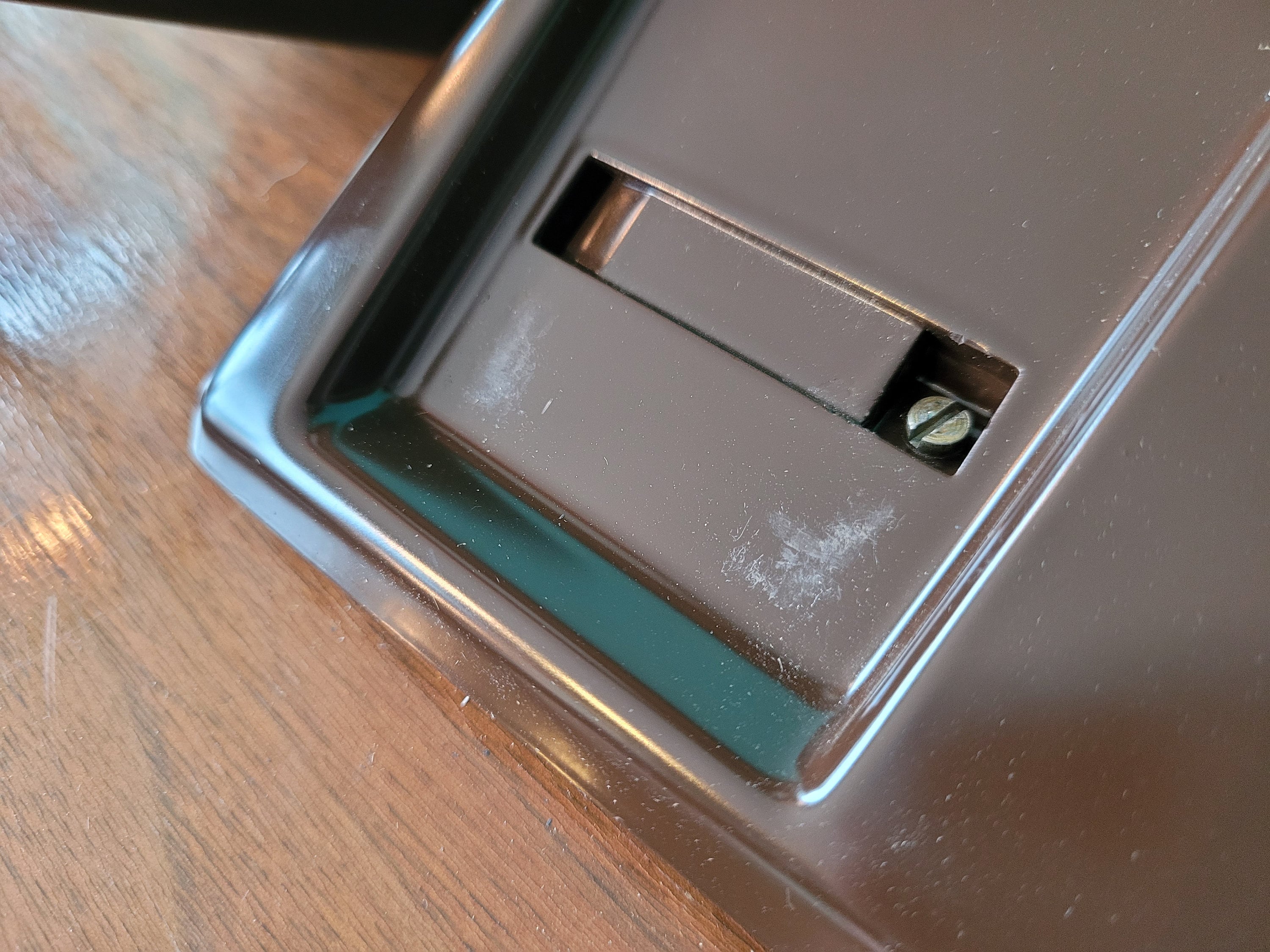 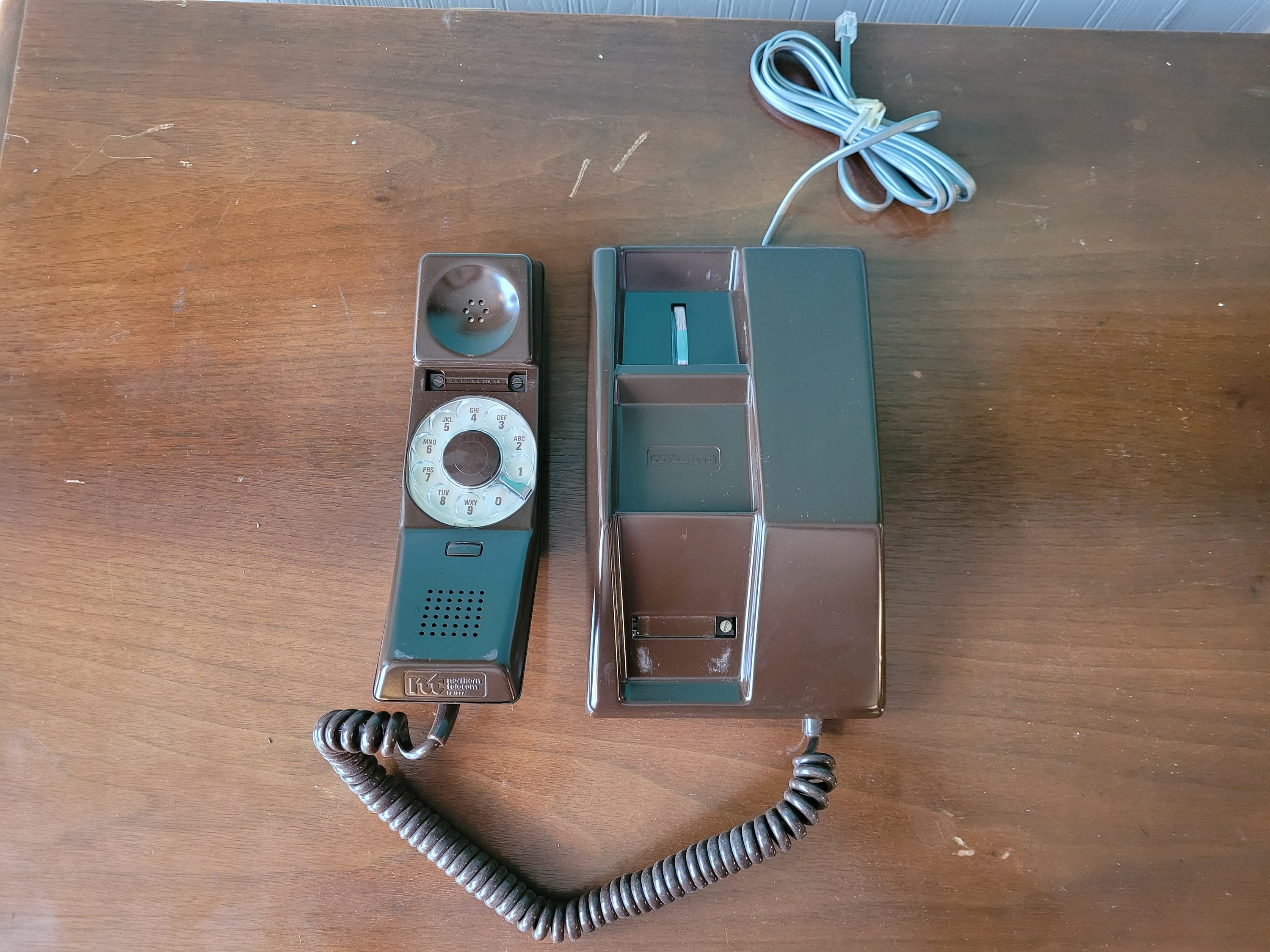 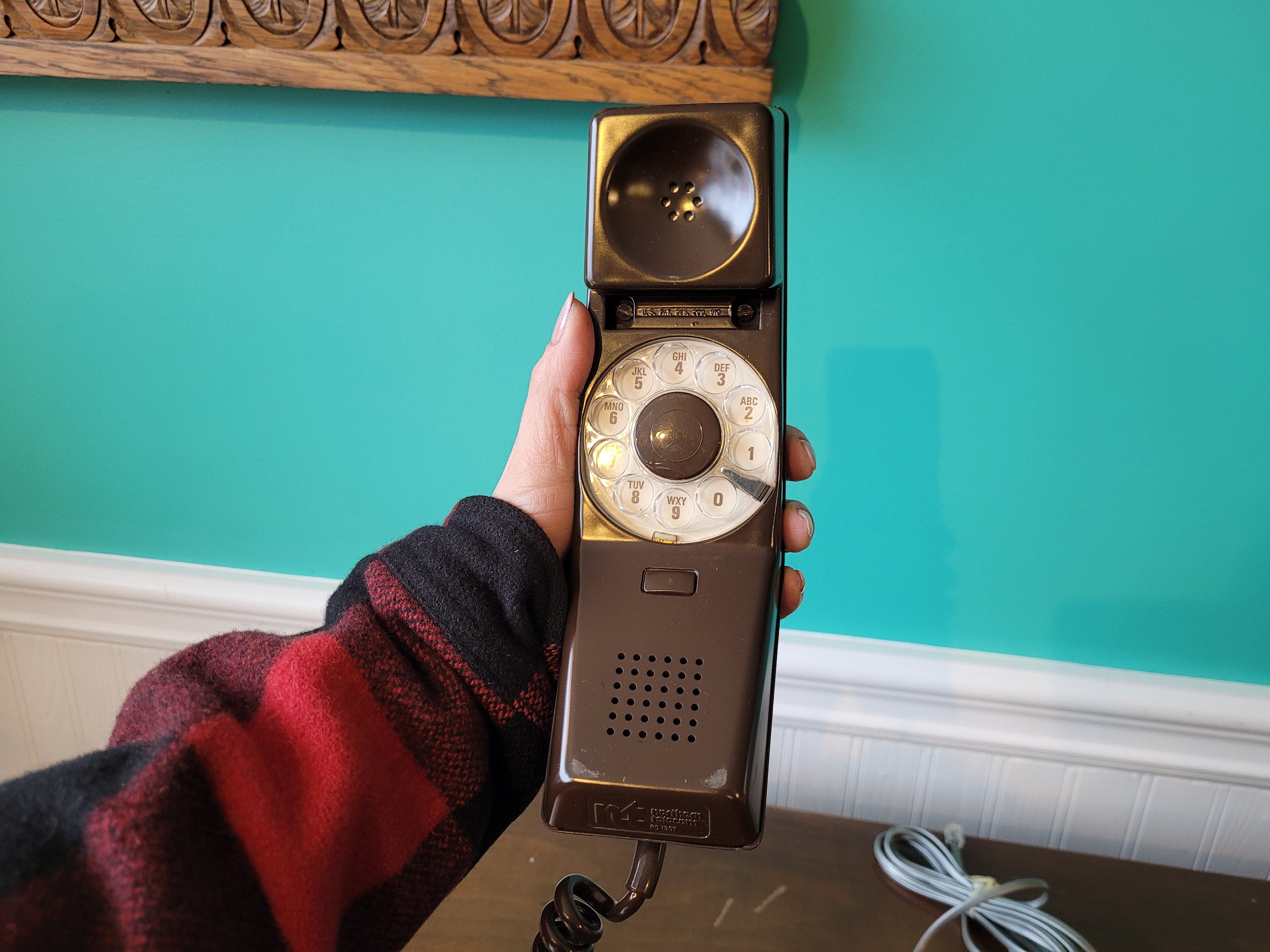 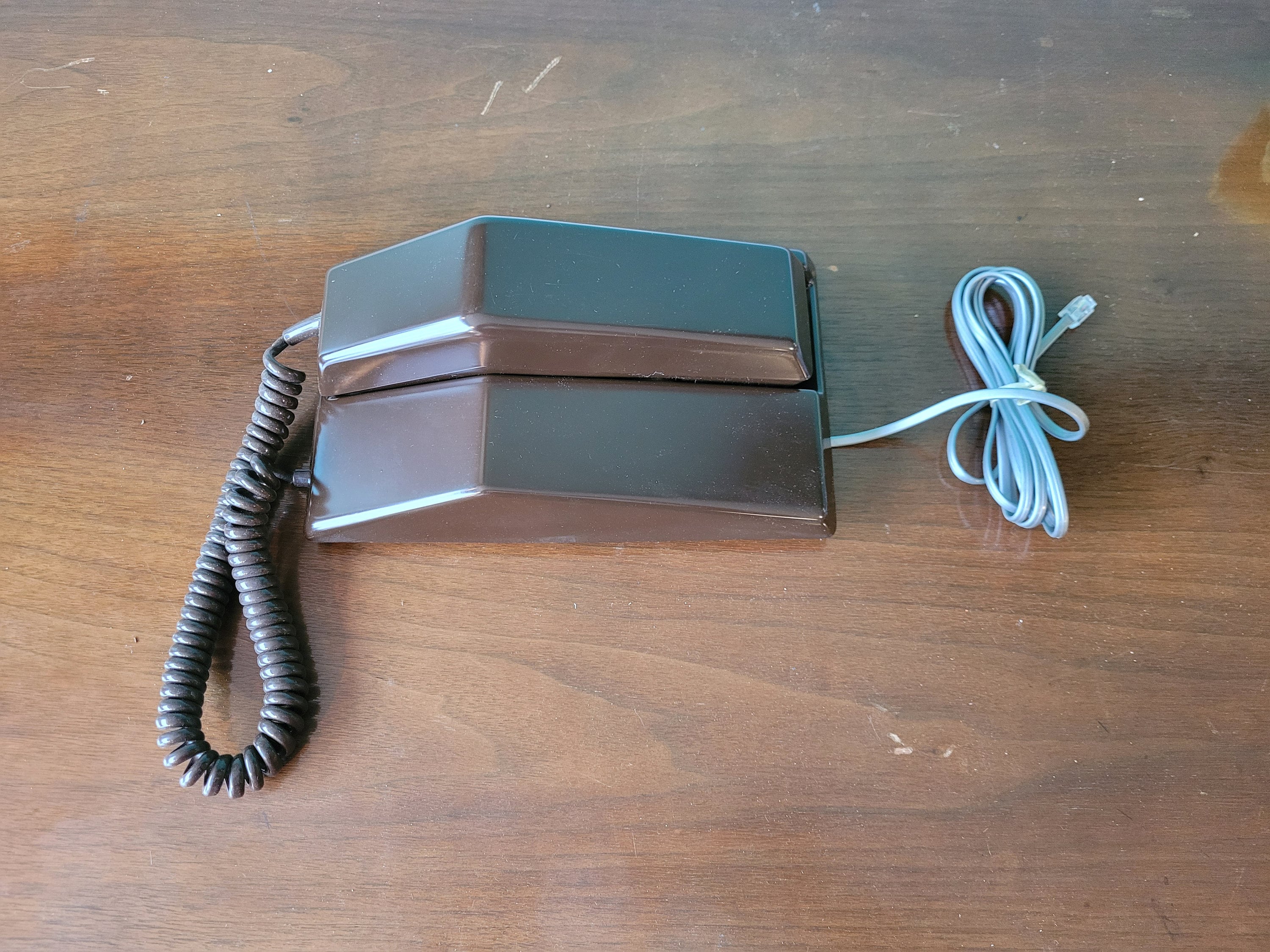 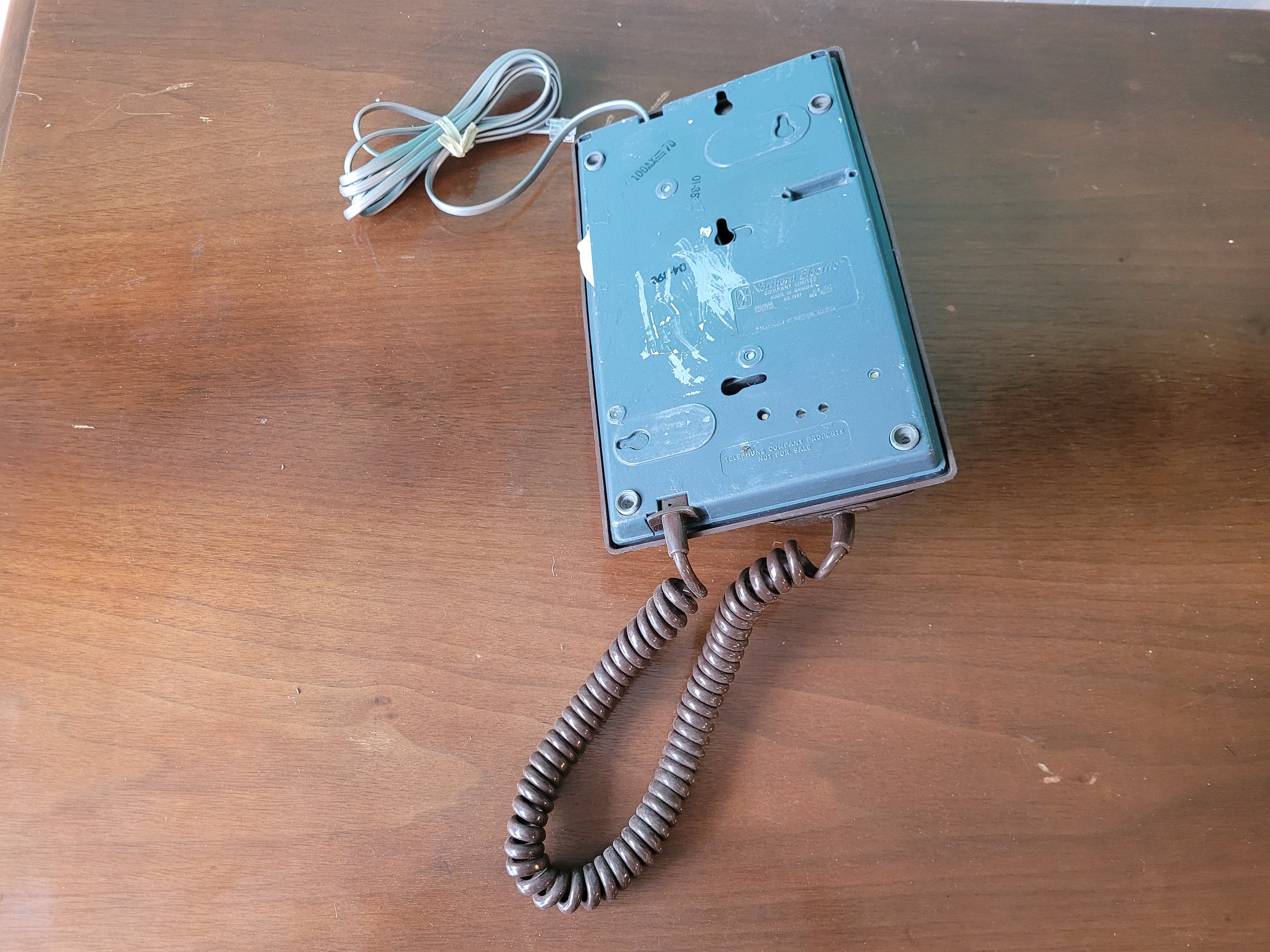 This vintage Northern Electric Contempra wall telephone is brand new in its original box with all its original accessories.

Warm brown case with rotary dial in the handset, this phone is easy to hang with just one screw using the keyhole hanger on the back or just set it on your side table or desk. Just plug in and it's ready to go. Fully tested and working.

A beautiful piece of functional decor and in like new condition with some minor rub marks on the handset but no large scratches or fading. Comes in original box and accessories as pictured.