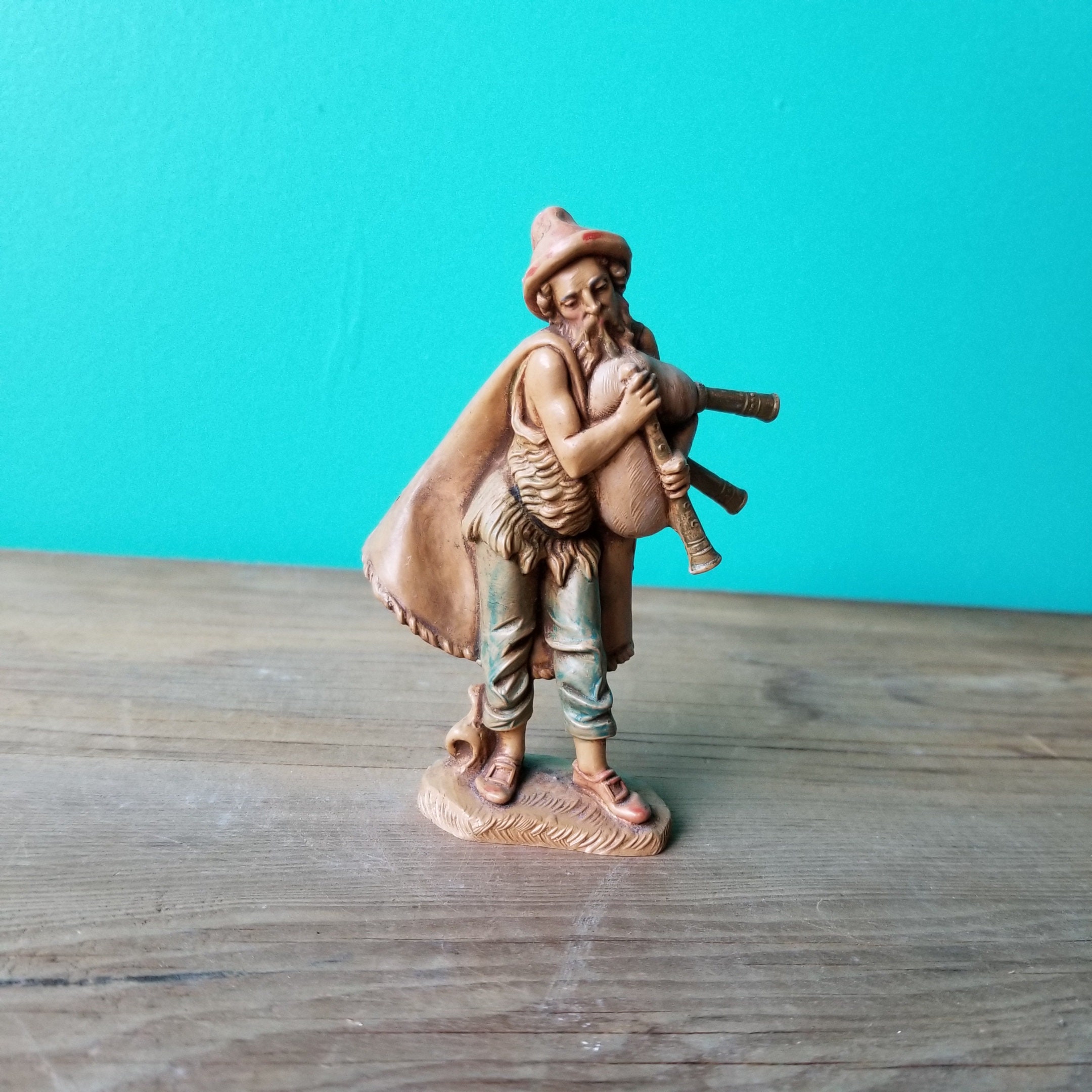 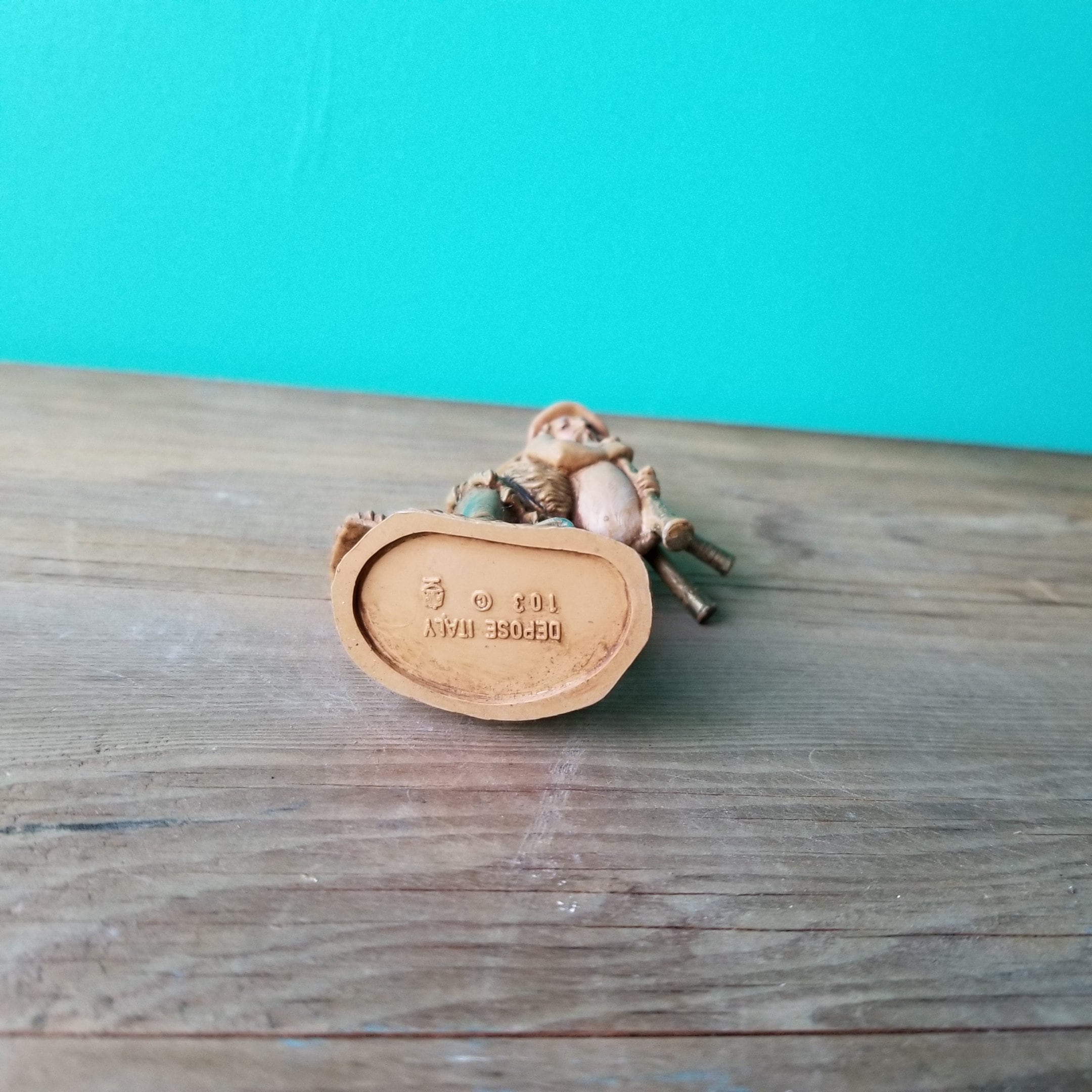 The history of Fontanini dates way back with roots that lie in the tradition of Bagni di Lucca, where the founding figurine makers are found. The town, which was a favourite of the rich Englishmen who frequently visited its famous spas, now also lives on due to the figurine industry. The last representatives of this hard-working category of figurine-makers still live in the area who have passed their craft down from generation to generation.

Emamnuele Fontanini began production of intricate figurines in 1908 beginning with creating doll faces and small toys, and with the advent of new materials, the company has grown to being the source of heirloom nativity sets and figurines it is today.

This listing is for one figurine, #103 also called The Bagpiper which is stamped 1983 on the bottom and bears the Fontanini fountain logo