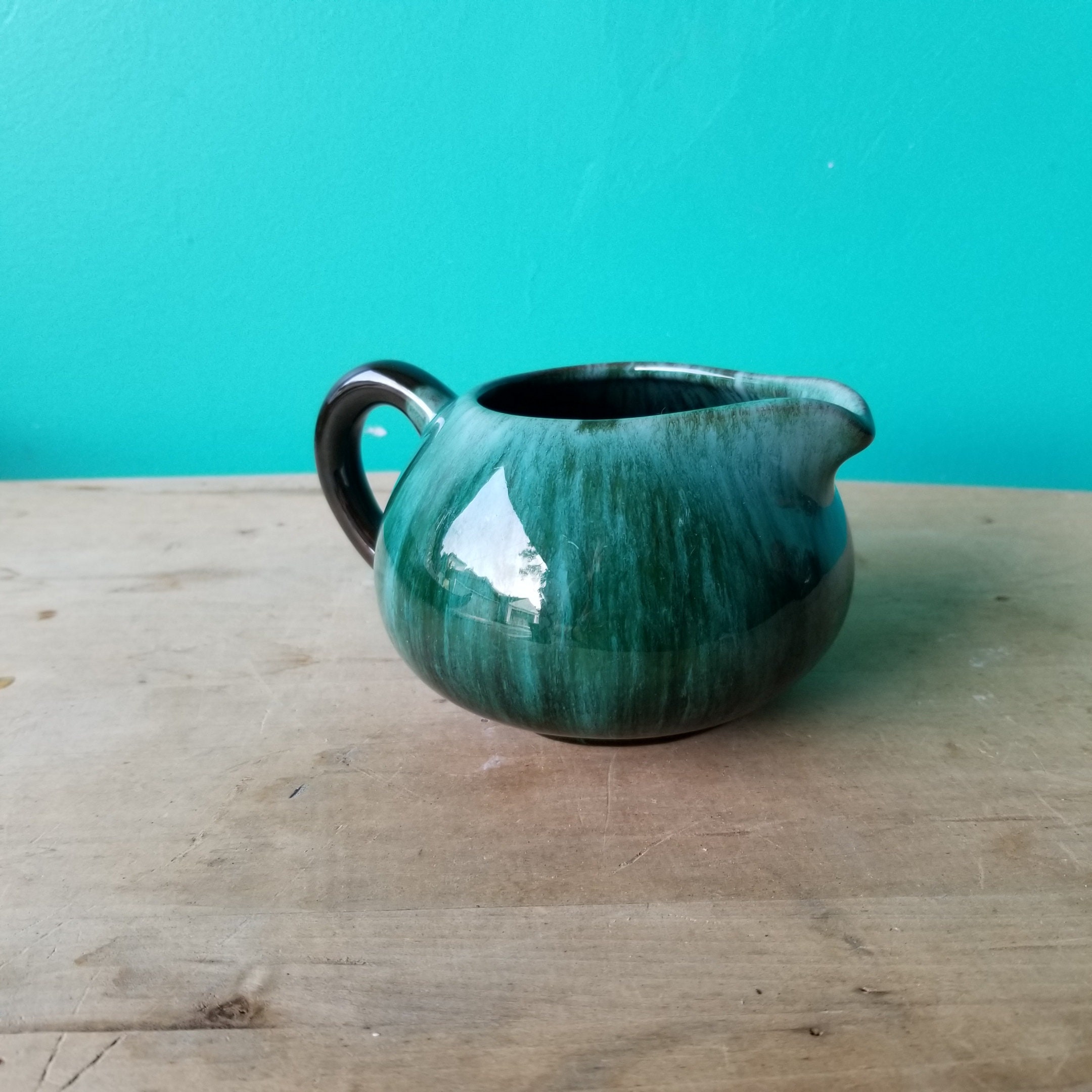 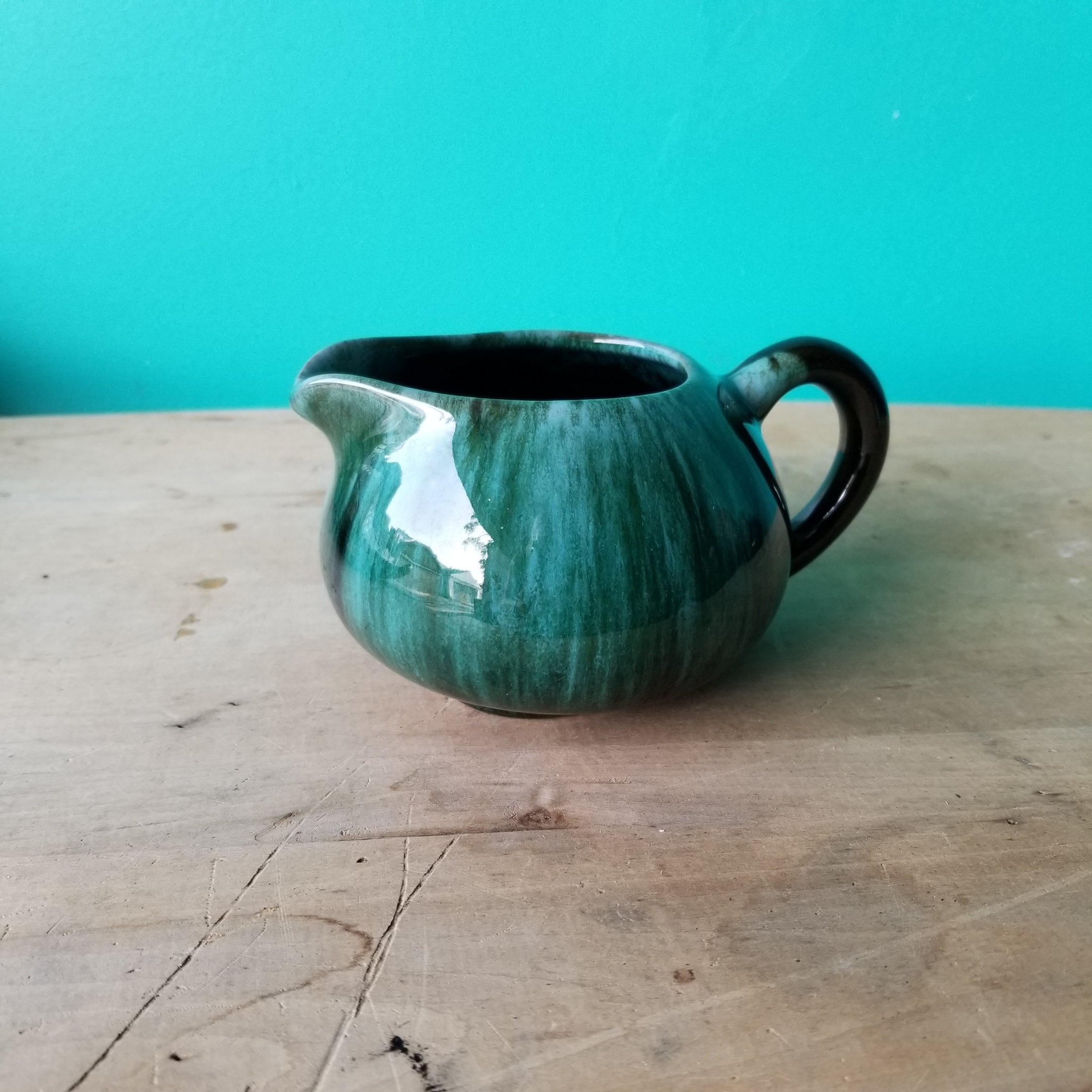 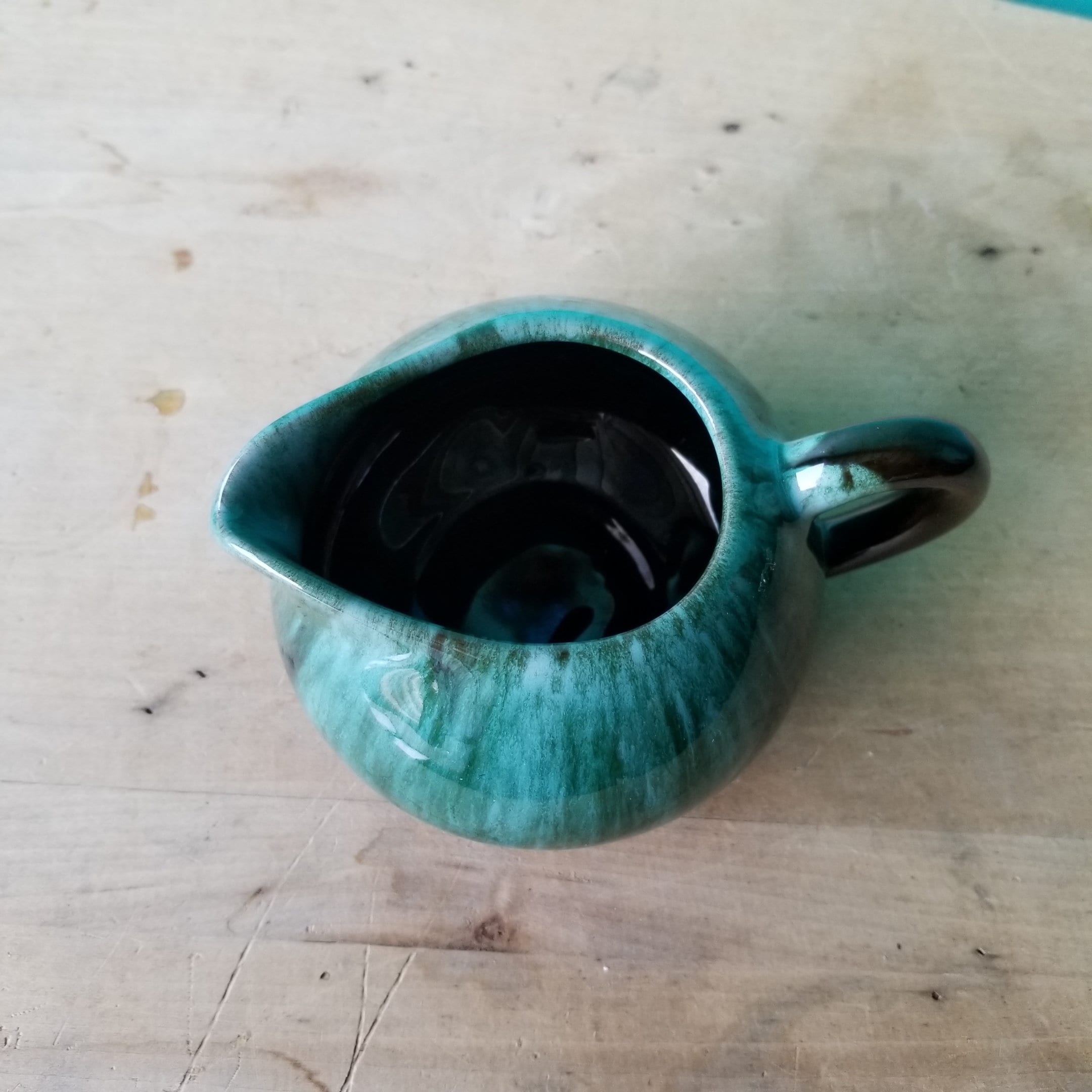 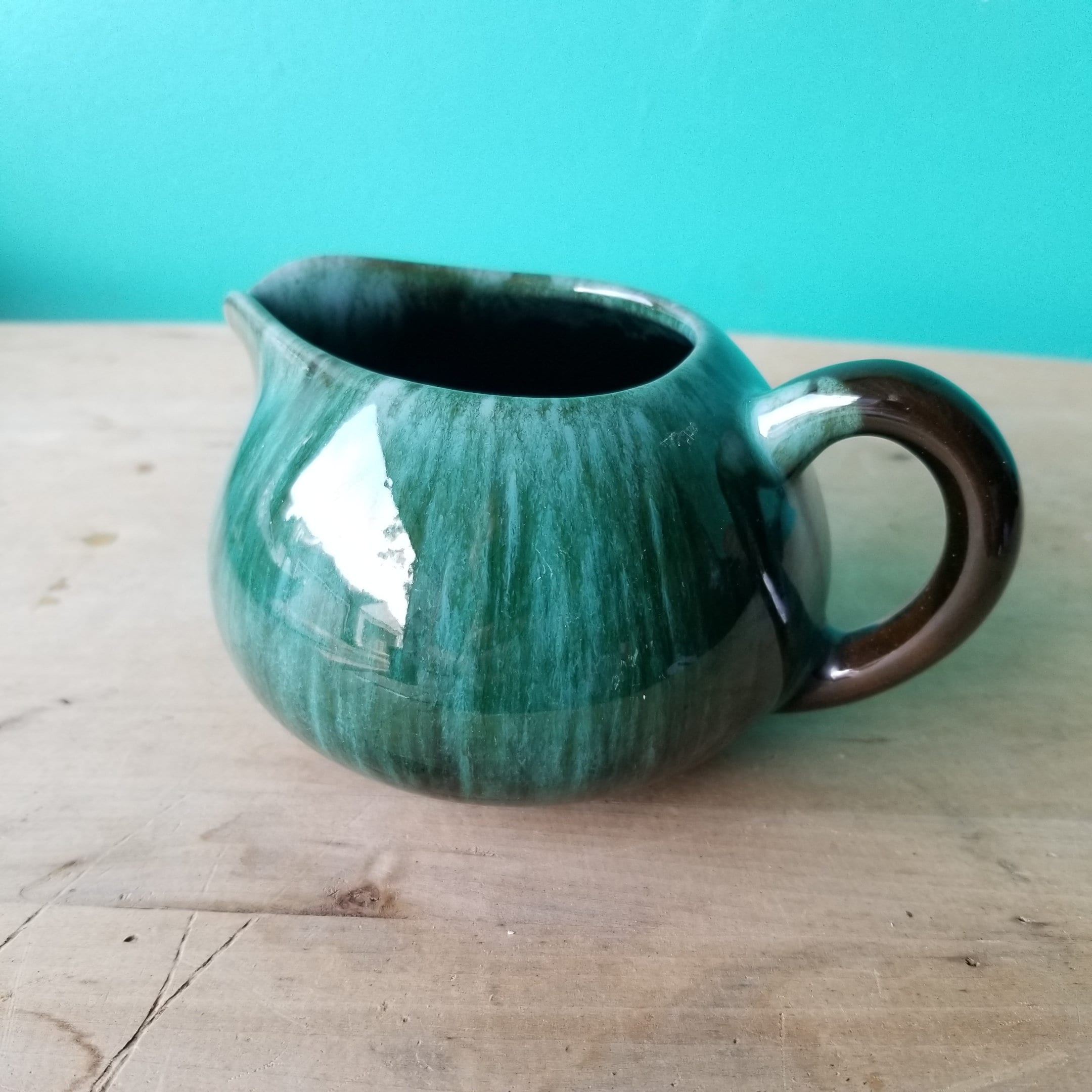 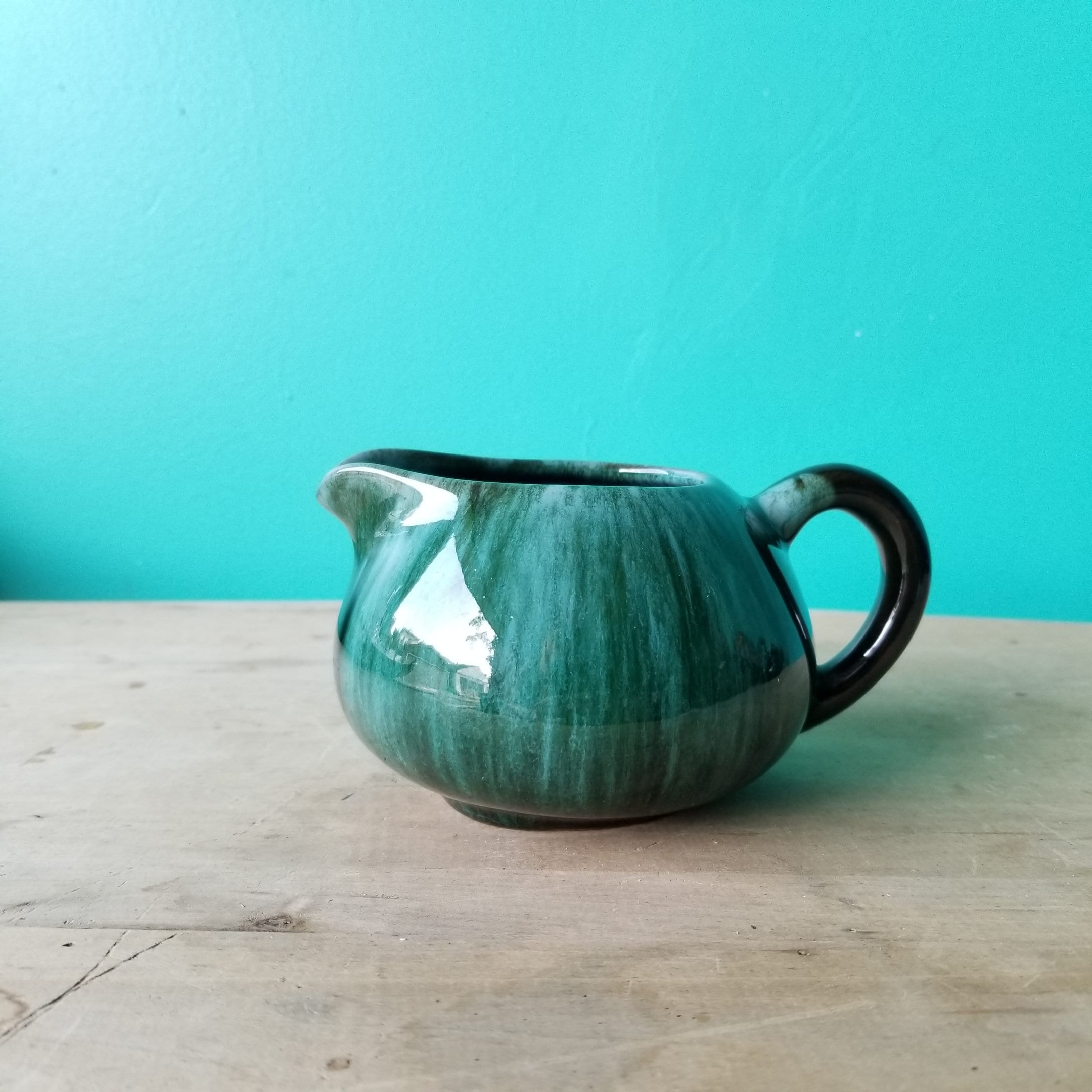 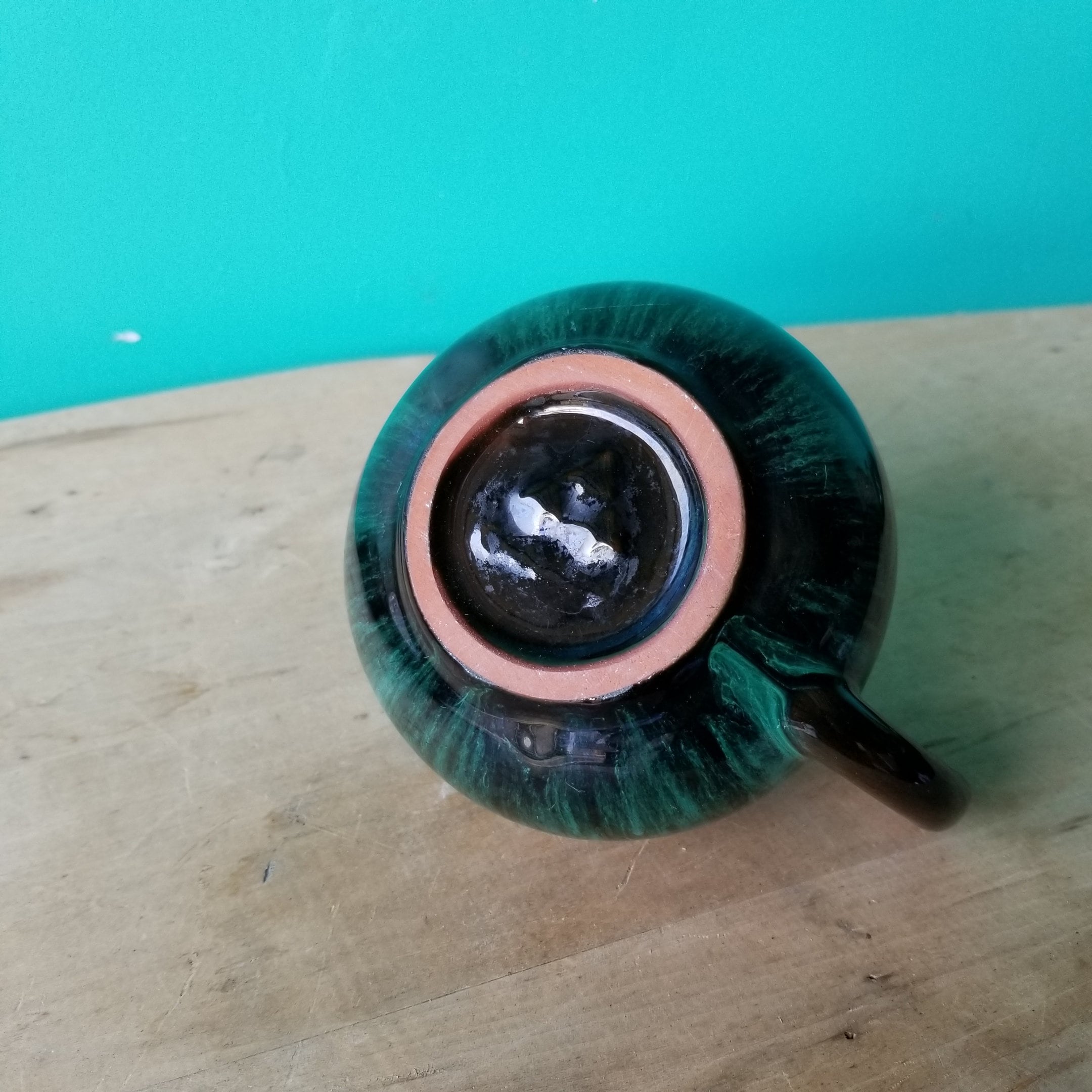 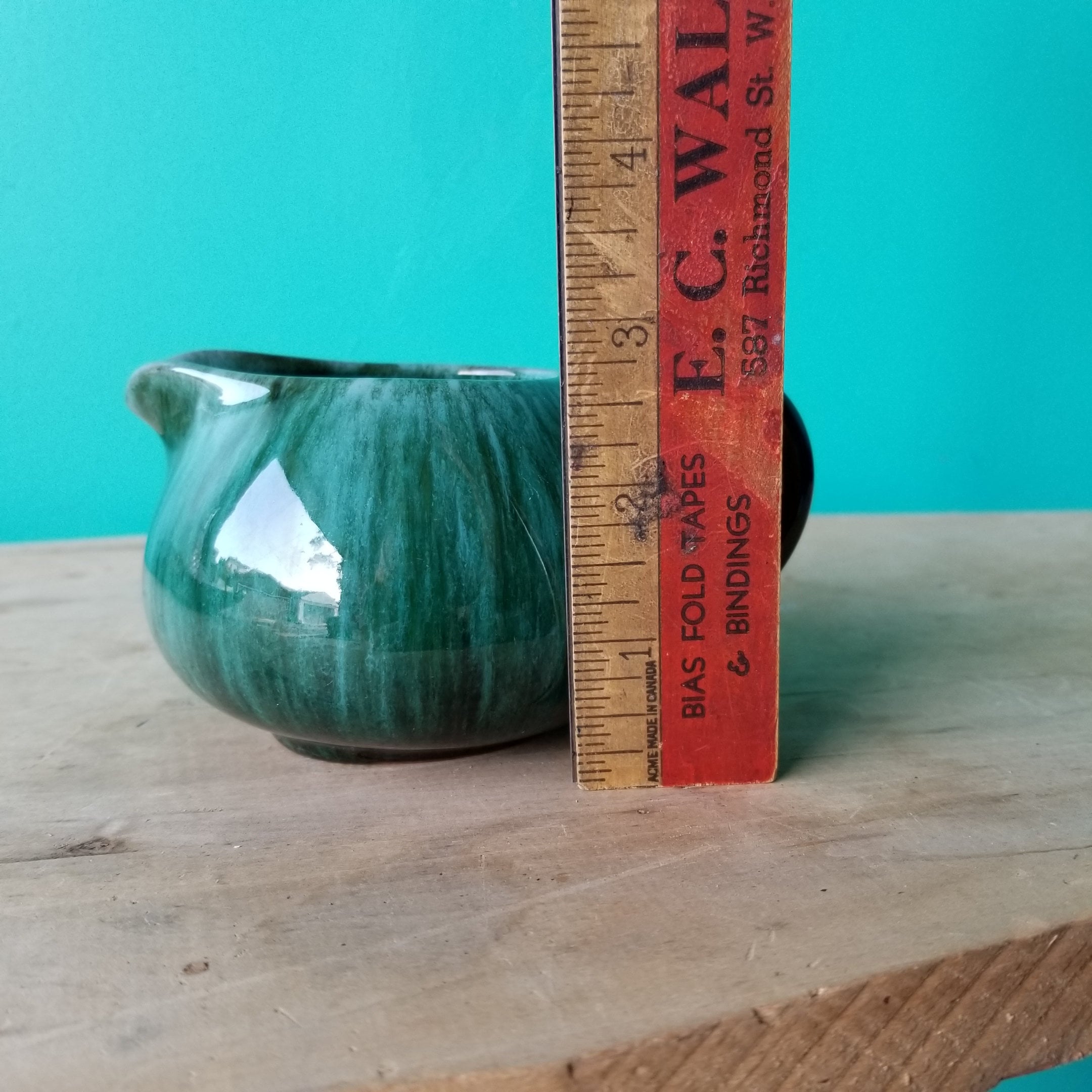 Blue Mountain Pottery is one of Canada's, and Ontario's, best known ceramic producers. The studio was started by Jozo Weider, an immigrant from what was once Czechoslovakia, and is named after its location, at the foot of the Blue Mountains in Collingwood in the early 1950s. It was in operation until 2005. The pottery was well loved throughout Canada, and exported to the US, Britain, Australia and New Zealand, among other international markets.

This coffee creamer is in excellent condition with no chips, cracks, or crazing of the glaze.