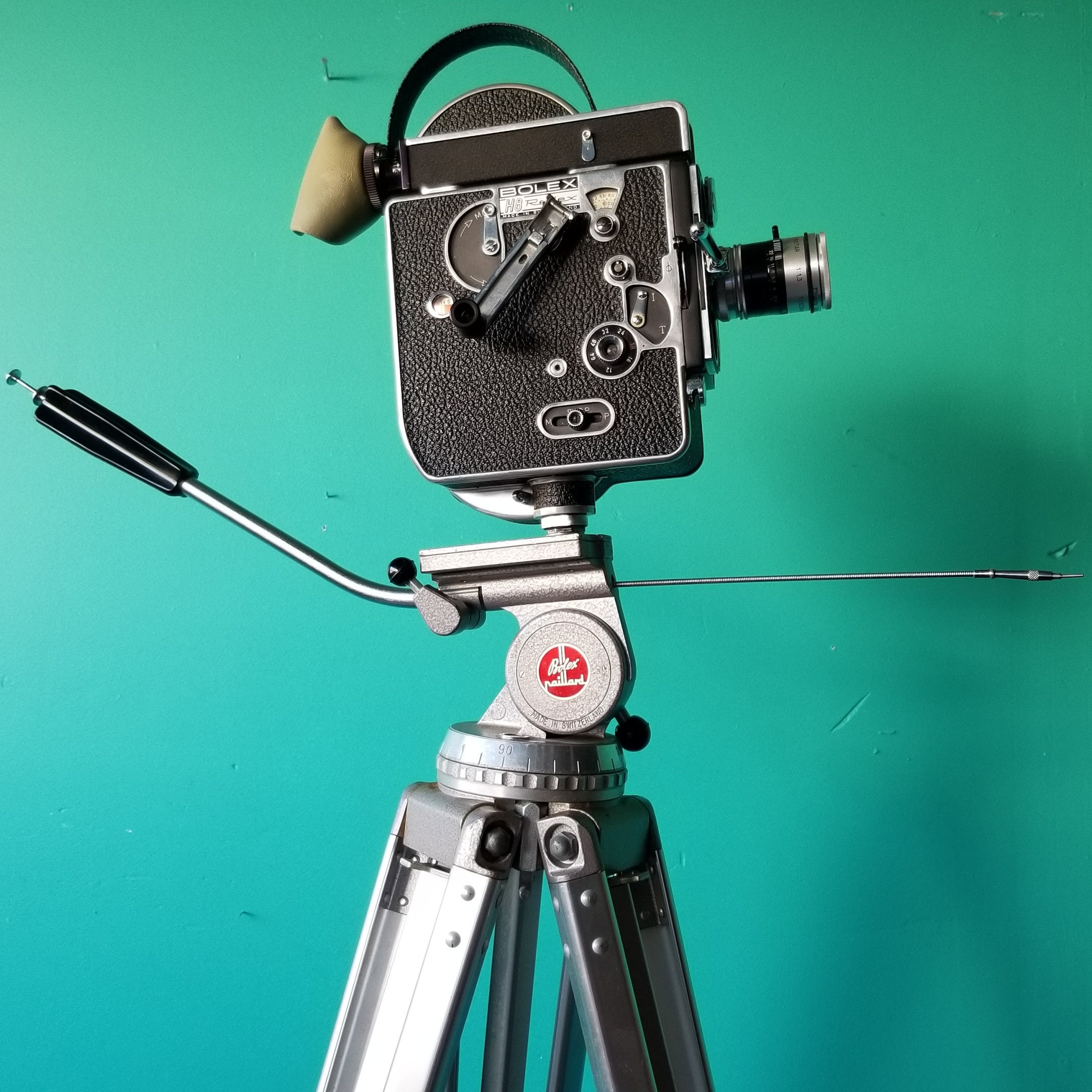 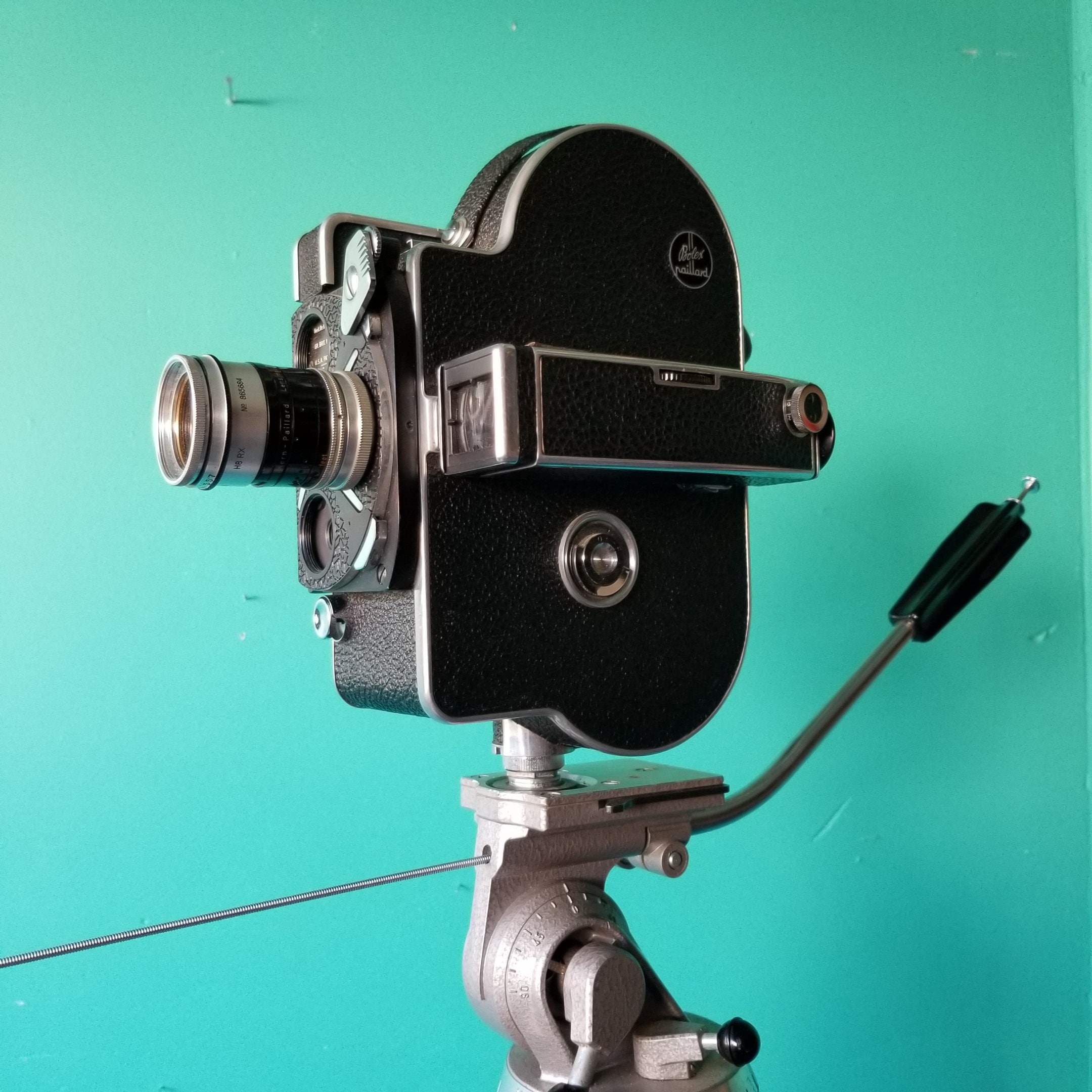 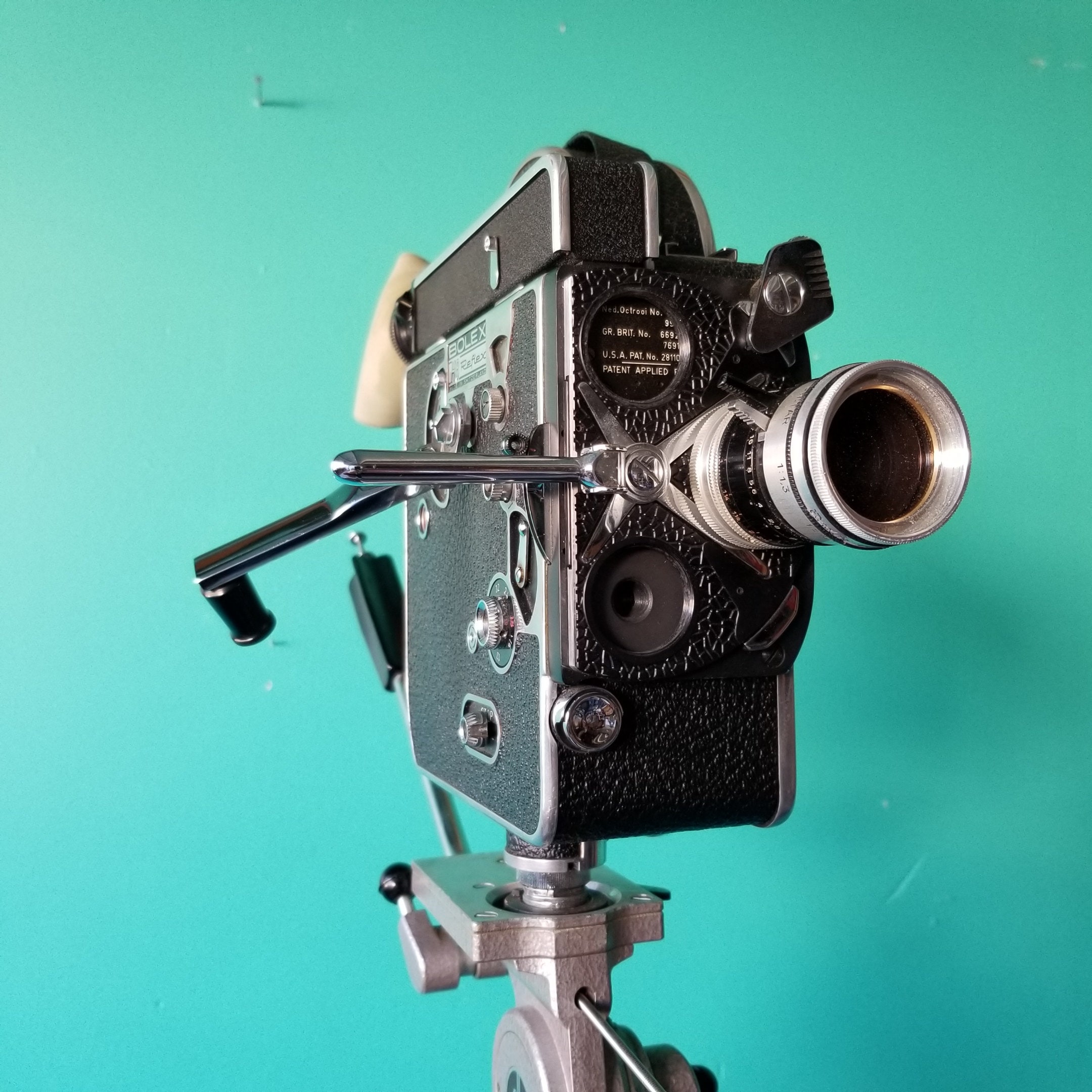 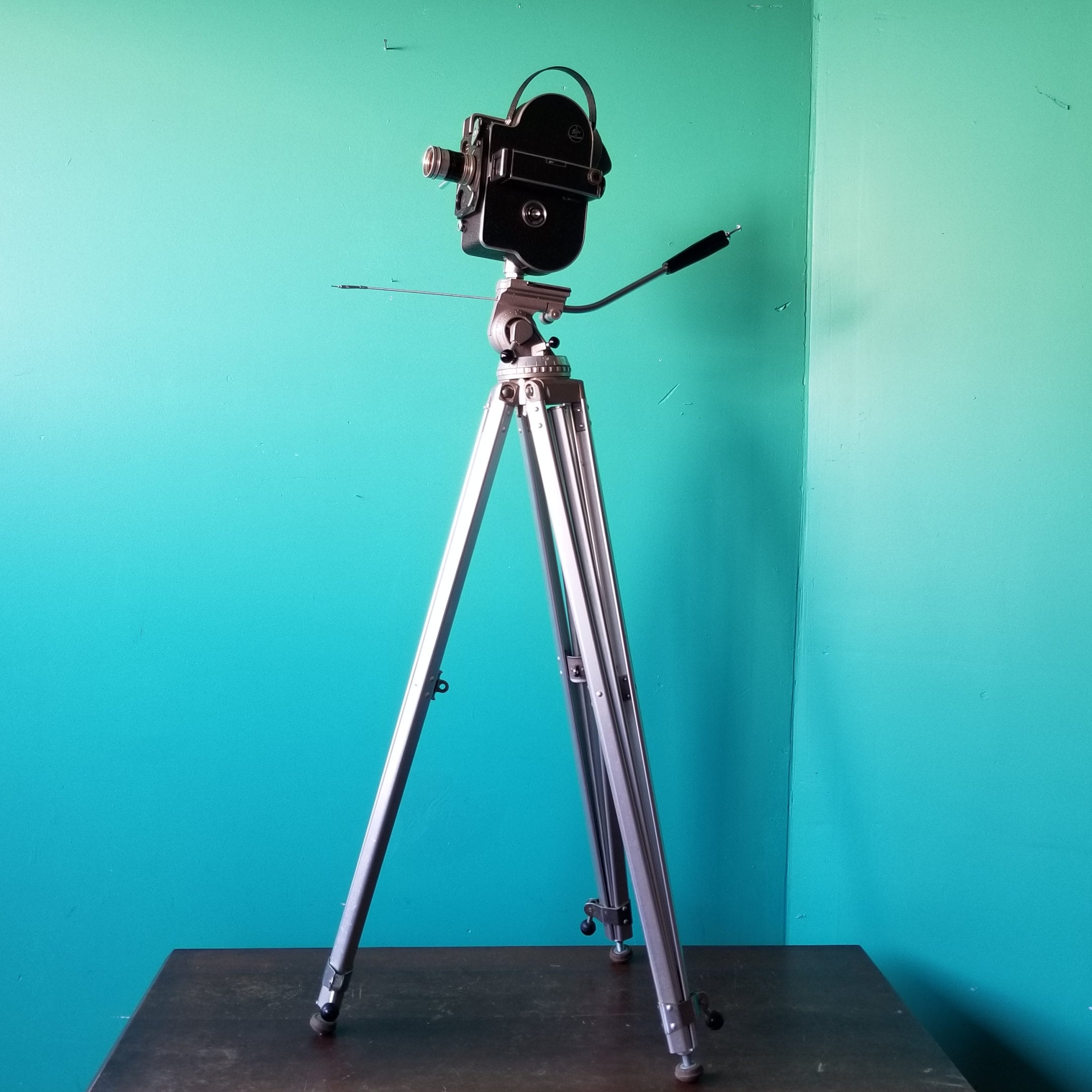 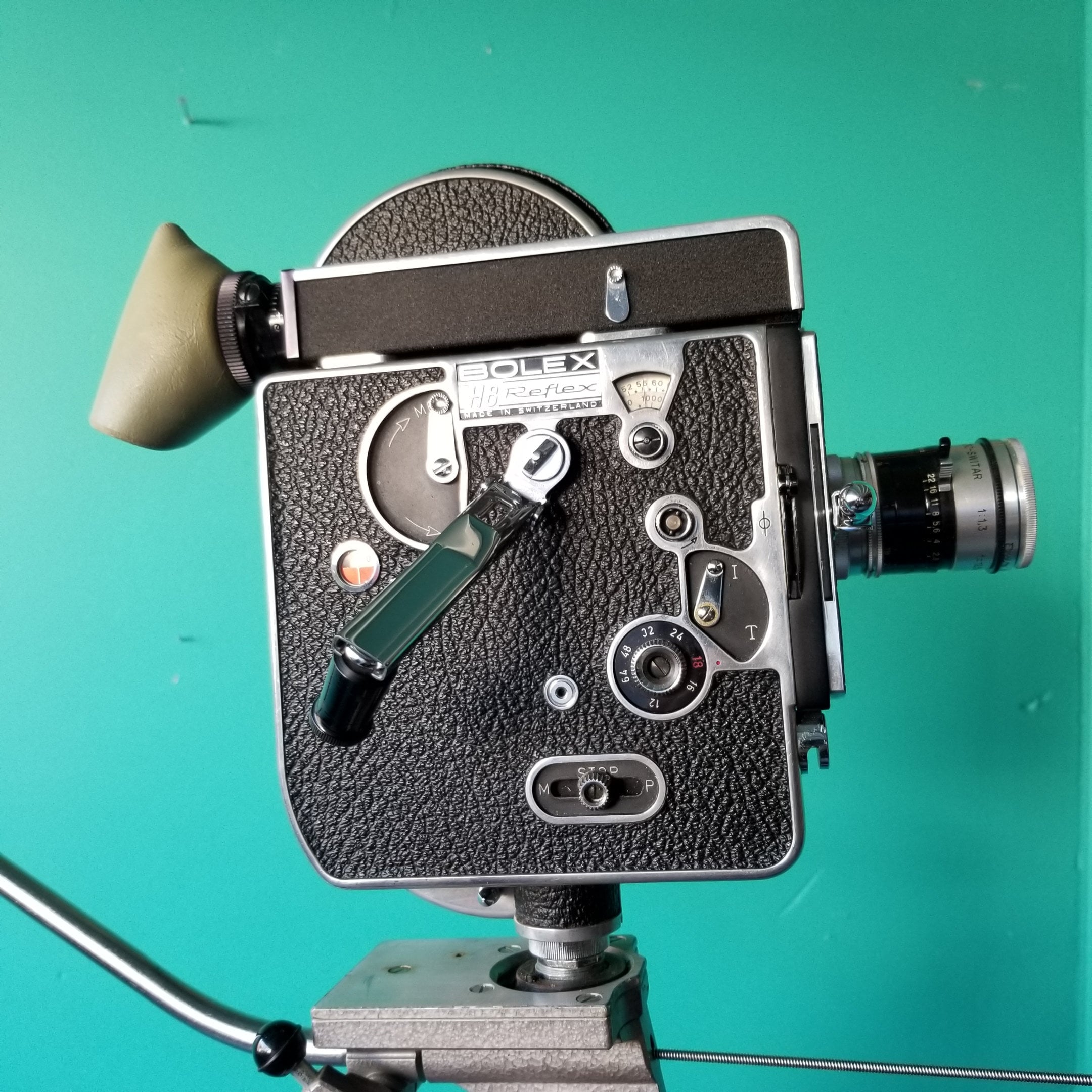 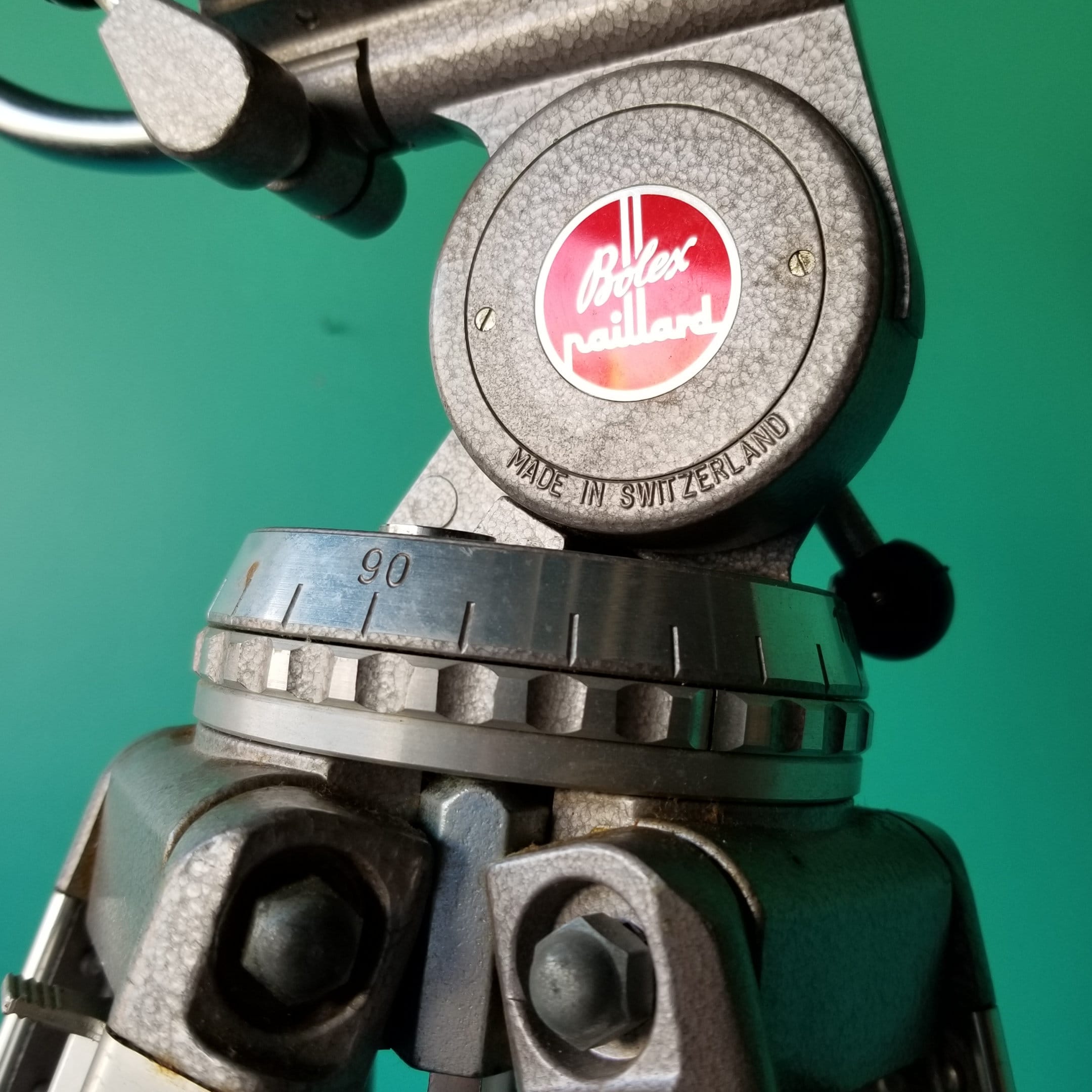 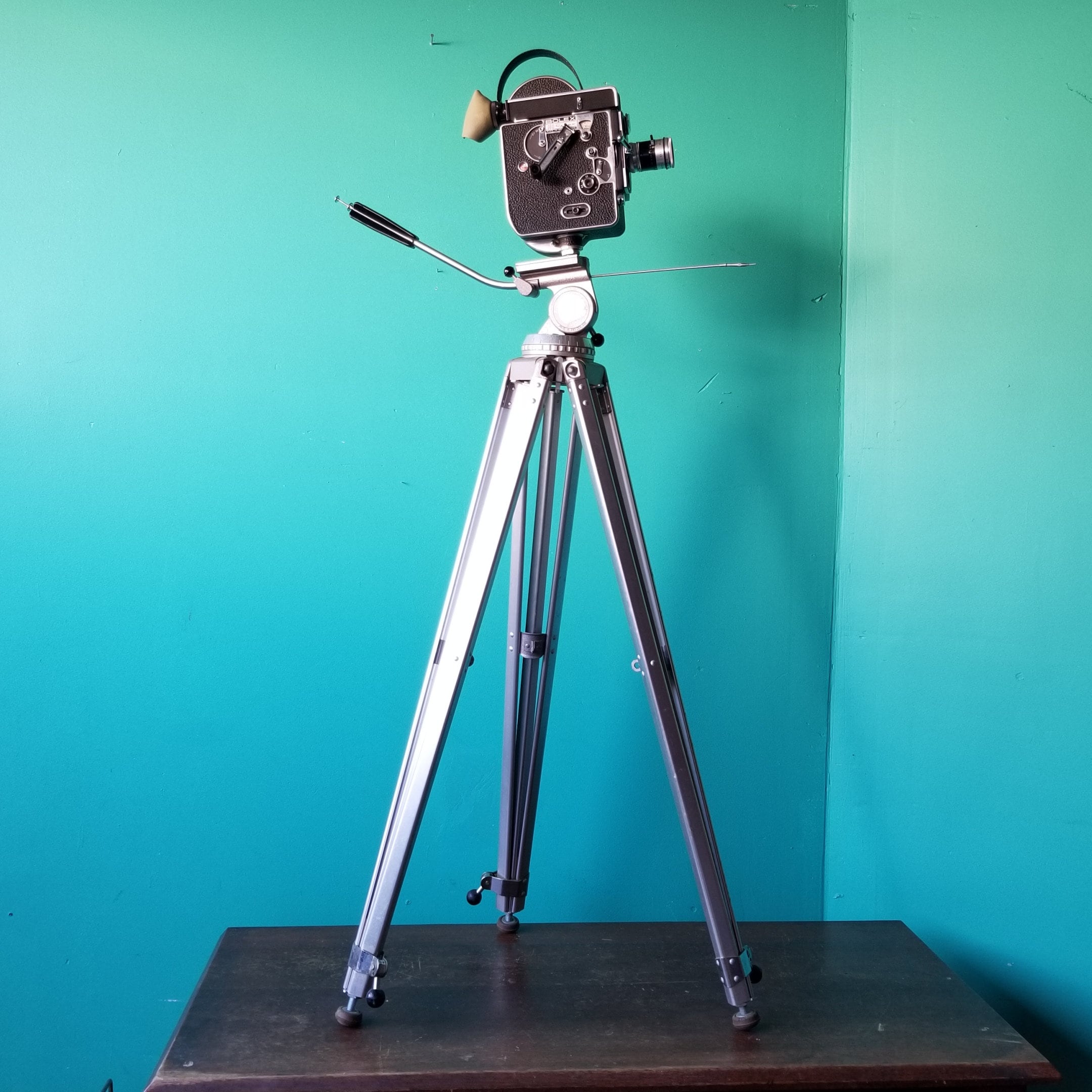 The Bolex H16 camera played a central role in the work of many avant-garde filmmakers from the 1940s through to the 1970s because of its precision and light weight, robustness and range of facilities, and the high quality of its optics, especially the zoom lenses, and its simple operation, which made possible an infinite combination of creative cinematographic choices.

The Bolex H16 is probably the camera which most influenced a generation of experimental and documentary/ethnographic filmmakers. With many advanced features such as backwinding capability, super bright 10x viewfinder, and turret lock lever.

This is a rare example of the most famous Bolex 16mm camera, having been produced at the beginning of the H-16 REX-2 run in 1962 with serial number 198106 which dates it as a H-16 REX 1 but with badging and features from the later REX-2 which was superseded by the REX-3 model in 1963. Comes with black leather camera bag type case and some accessories as well as original 1960's Paillard-Bolex tripod. All pieces are in very good condition with little to no wear on the camera, only the usual wear on the tripod such as stiff operation, small nicks, and cracked rubber on the feet but no major issues. Rubber eye cup is slightly dried and bent, but replacement parts are widely available. The camera is in working condition although it has not been film tested.

THREADING: Automatic threading and loop forming. The end of the film is simply placed in a channel leading to the feed sprocket. The release is pressed and the film is then automatically threaded throughout the entire mechanism.

FILTER SLOT: Built-in slot holds a gelatin filter behind the taking lens and in front of the shutter.

RELEASE BUTTON: provides for the making of continuous exposures by a finger-tip release on the front of the camera. A side release allows for locked, hands-free running or single frame exposures.

FOOTAGE COUNTER: adds and subtracts accurately in forward or reverse motion and automatically returns to zero when film is reloaded into the camera.

AUDIBLE FOOTAGE INDICATOR: A distinct click announces the passing of each 10 inches of film through the gate. This mechanism may be disengaged, if desired, by simply moving a lever.

FRAME COUNTER: Twin dial counts frames individually and in total; Adds frames in forward motion and subtracts when film is wound backwards. Dial may be reset manually at any time.

SINGLE FRAME: Time lapse and animation is possible by using the side release button or an accessory cable release and adapter; I-T lever allows for timed or instantaneous single exposures.

MANUAL REWIND: Clutch disengages spring motor and permits forward movement and backwind without running down the spring; allows for dissolves and superimposition.

This listing is authentic, for the actual item pictured. Any other shops using these images and description are a fraud.

Local customers can pick up their order curbside on Tuesday, Wednesday, or Sunday from 12 - 5pm at 1884 Danforth Avenue. Use coupon code LocalPickup at last page of checkout to remove shipping cost.