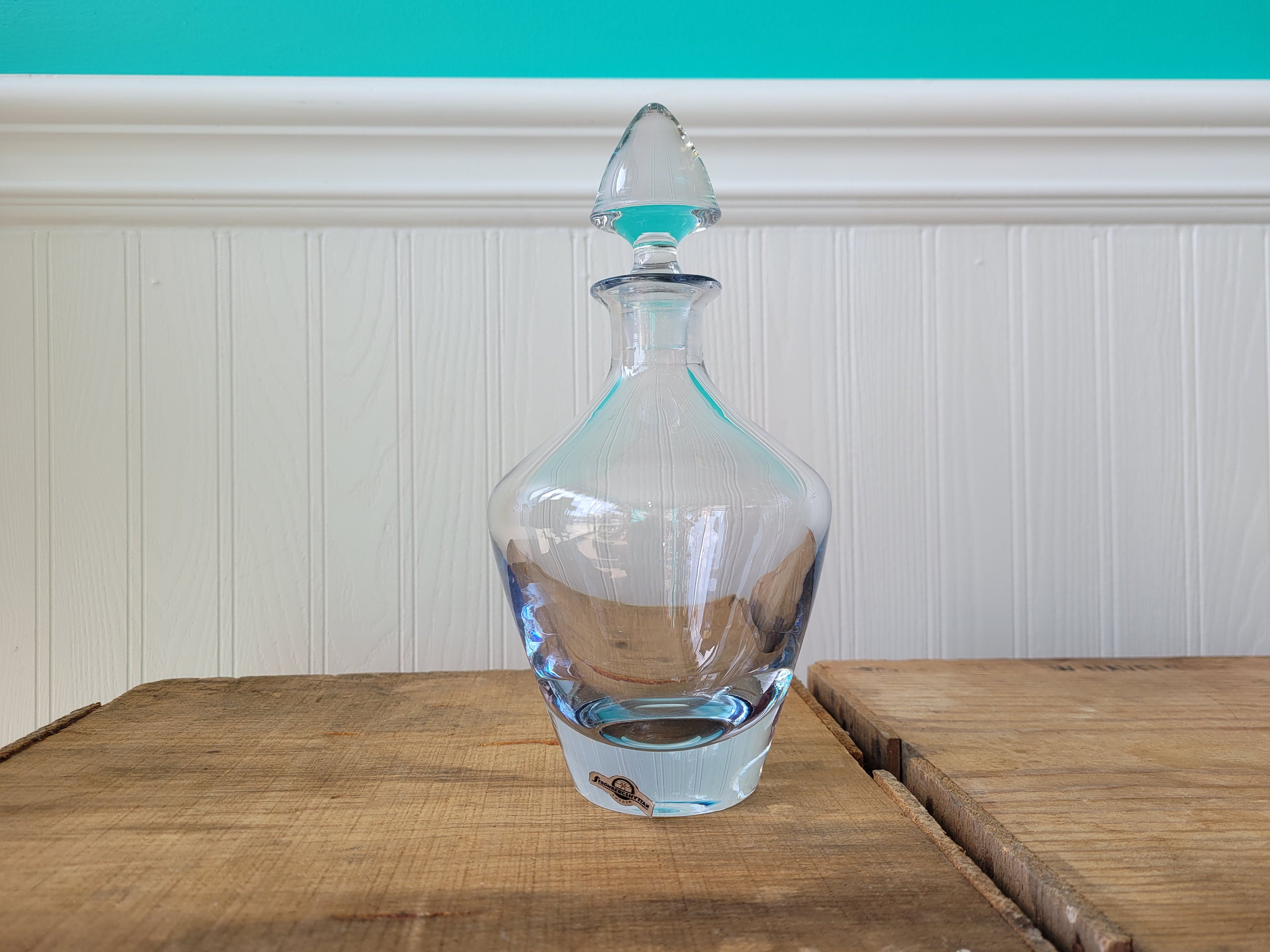 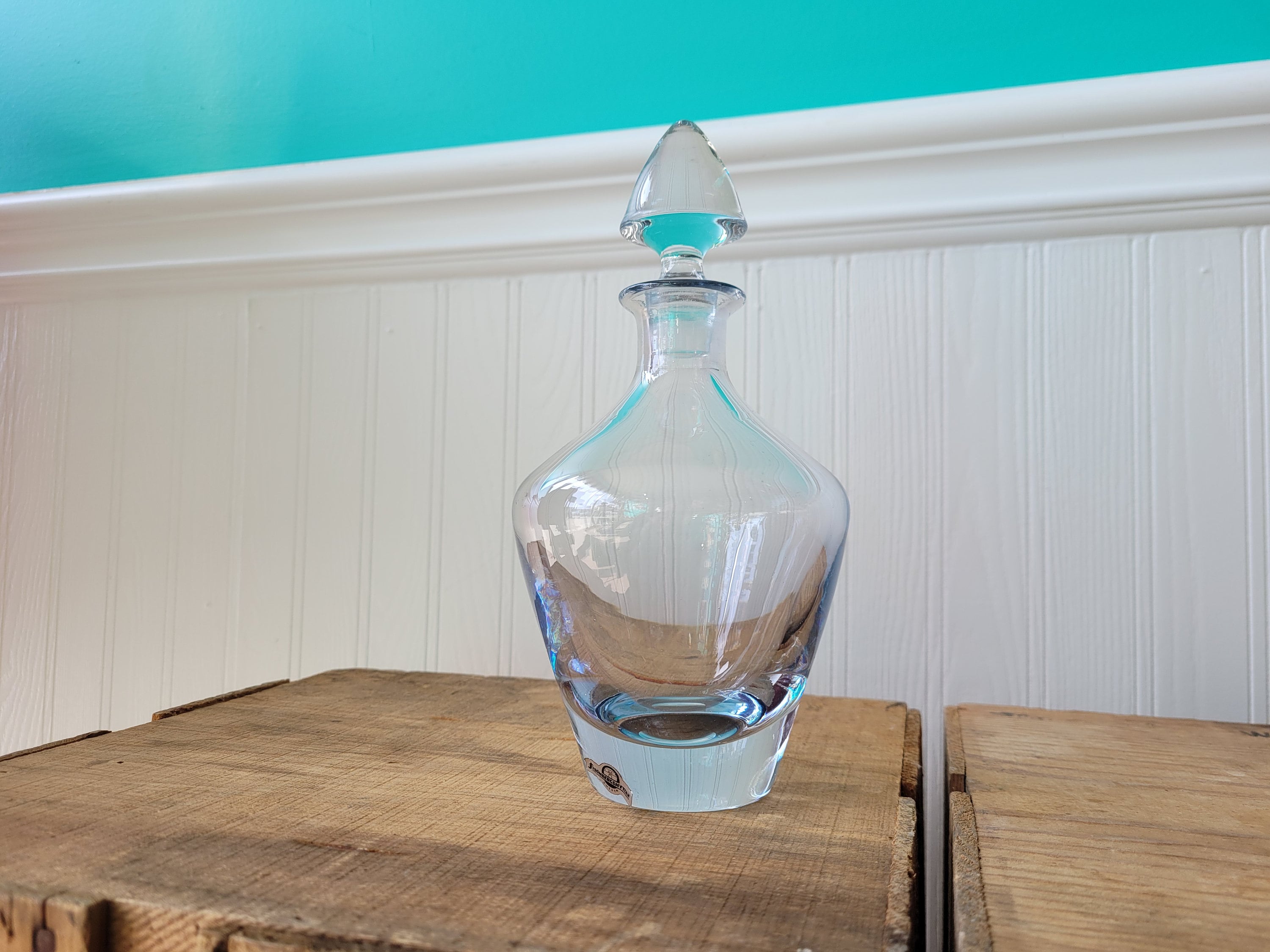 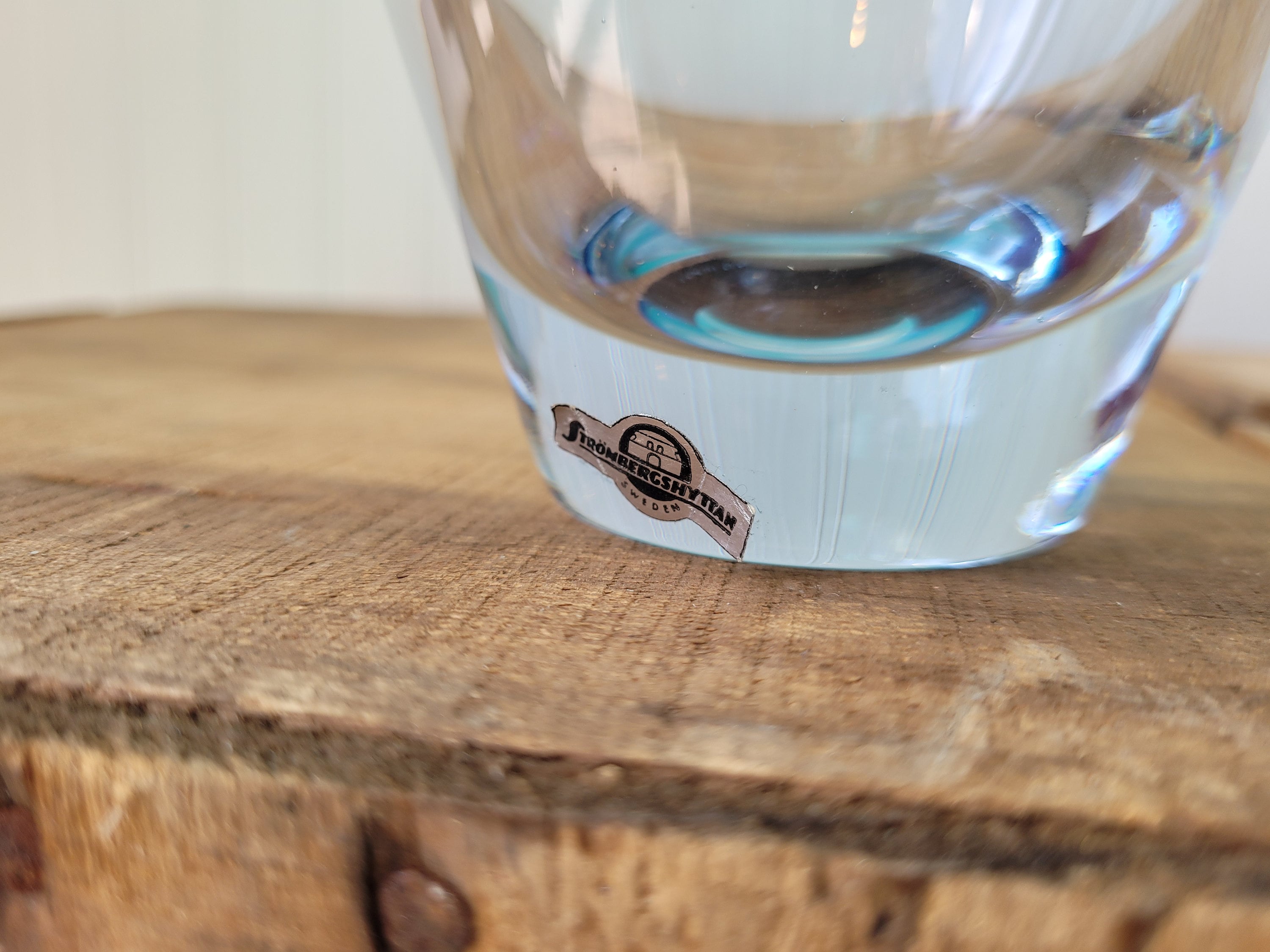 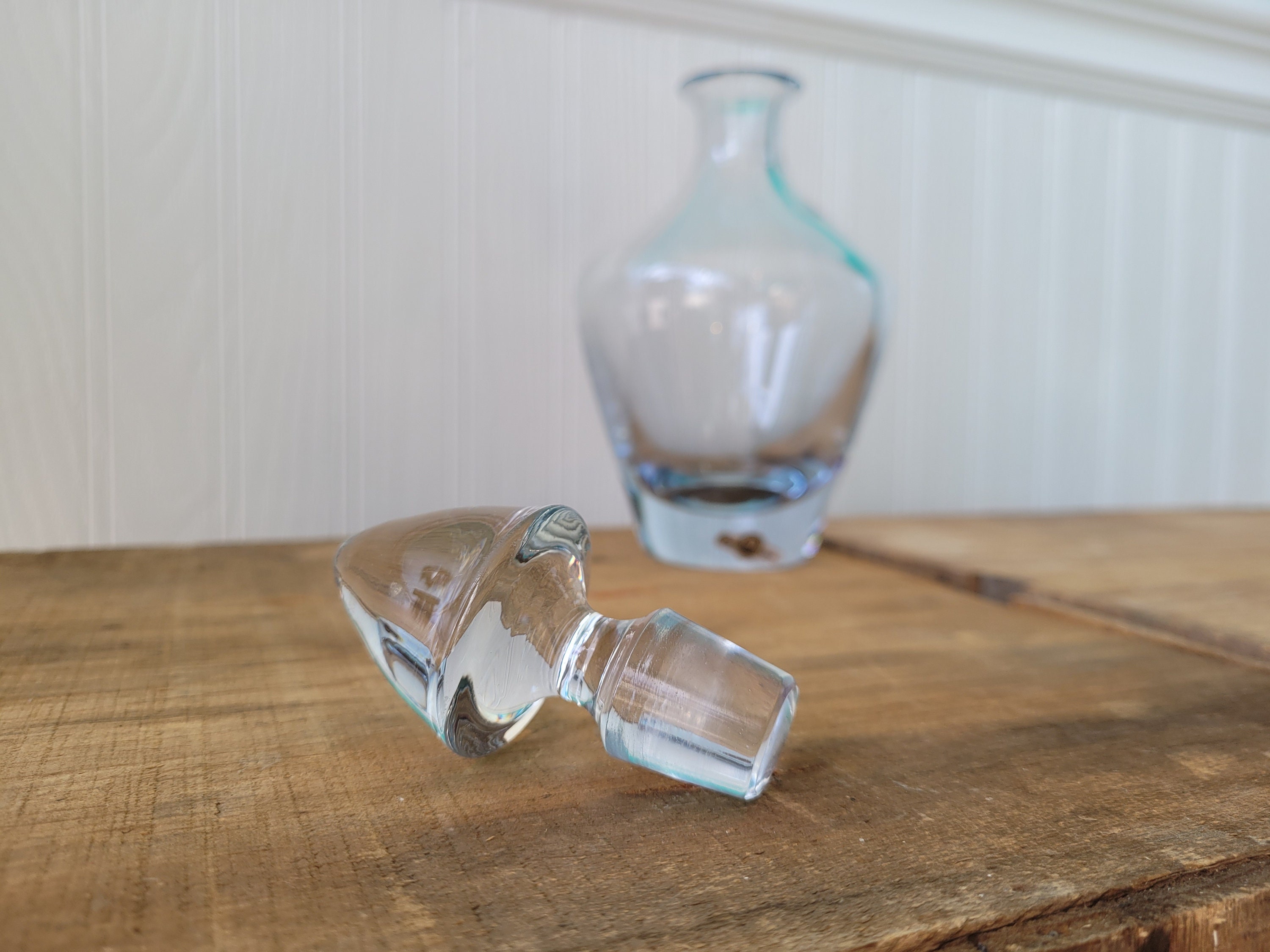 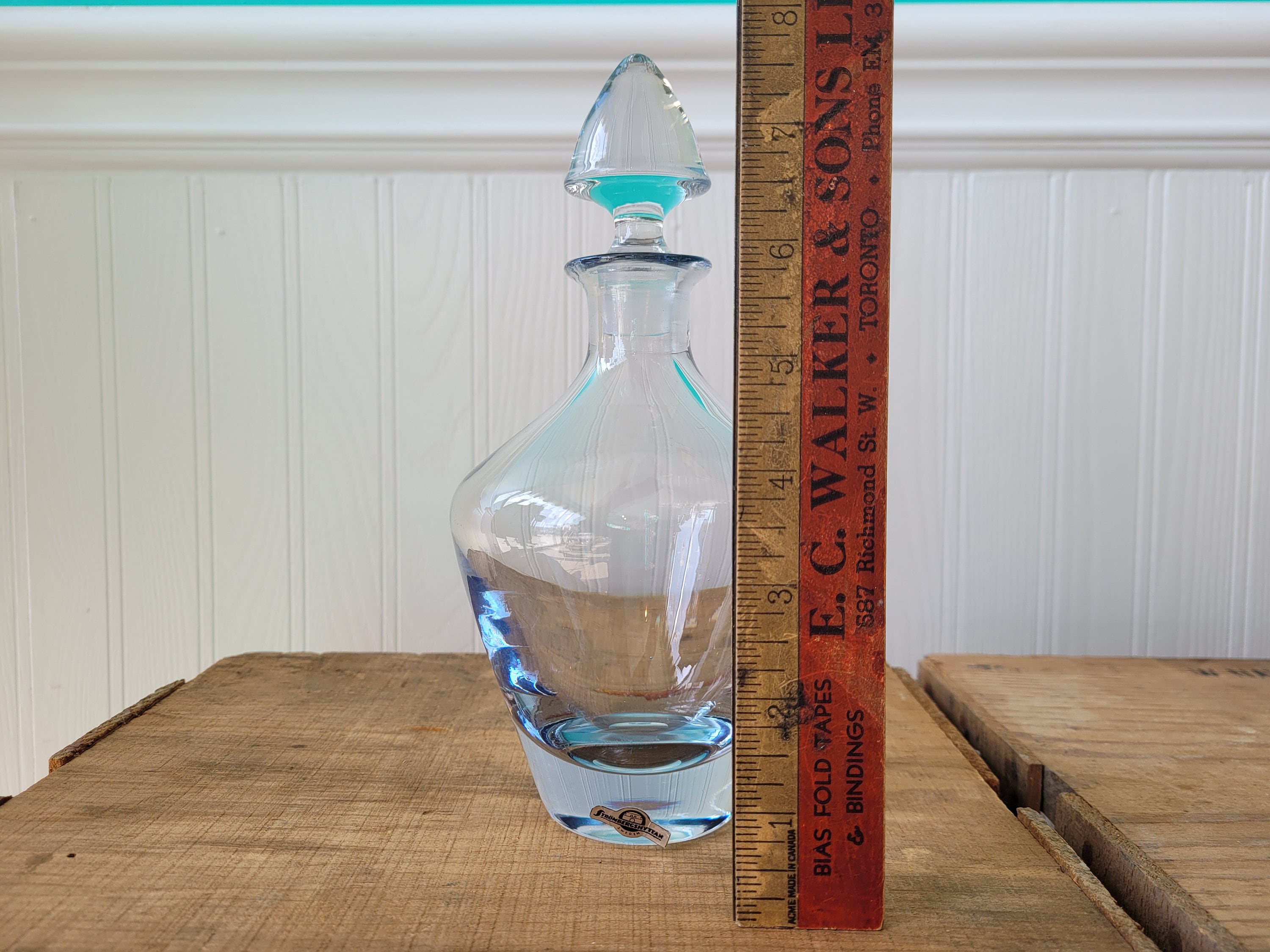 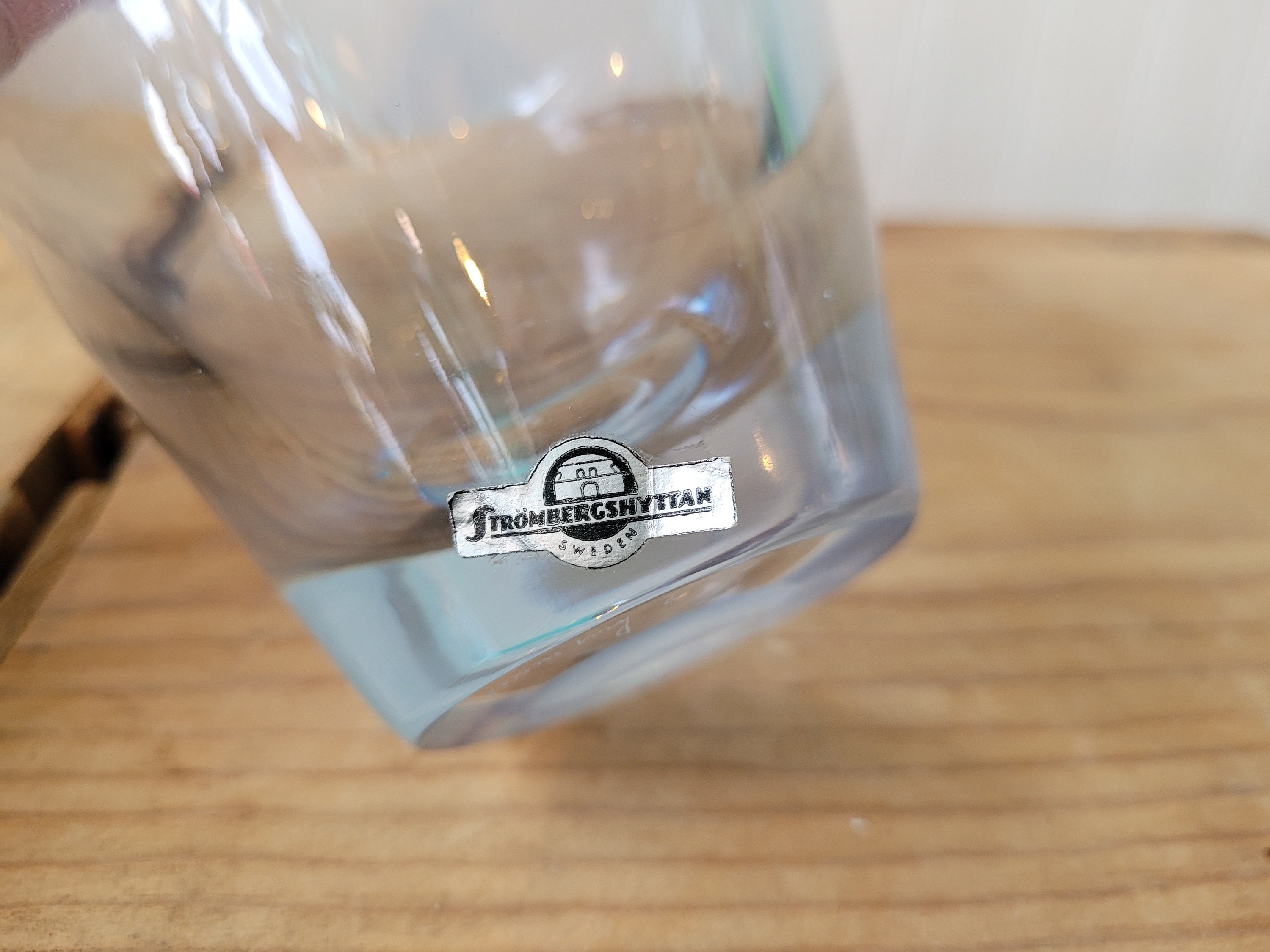 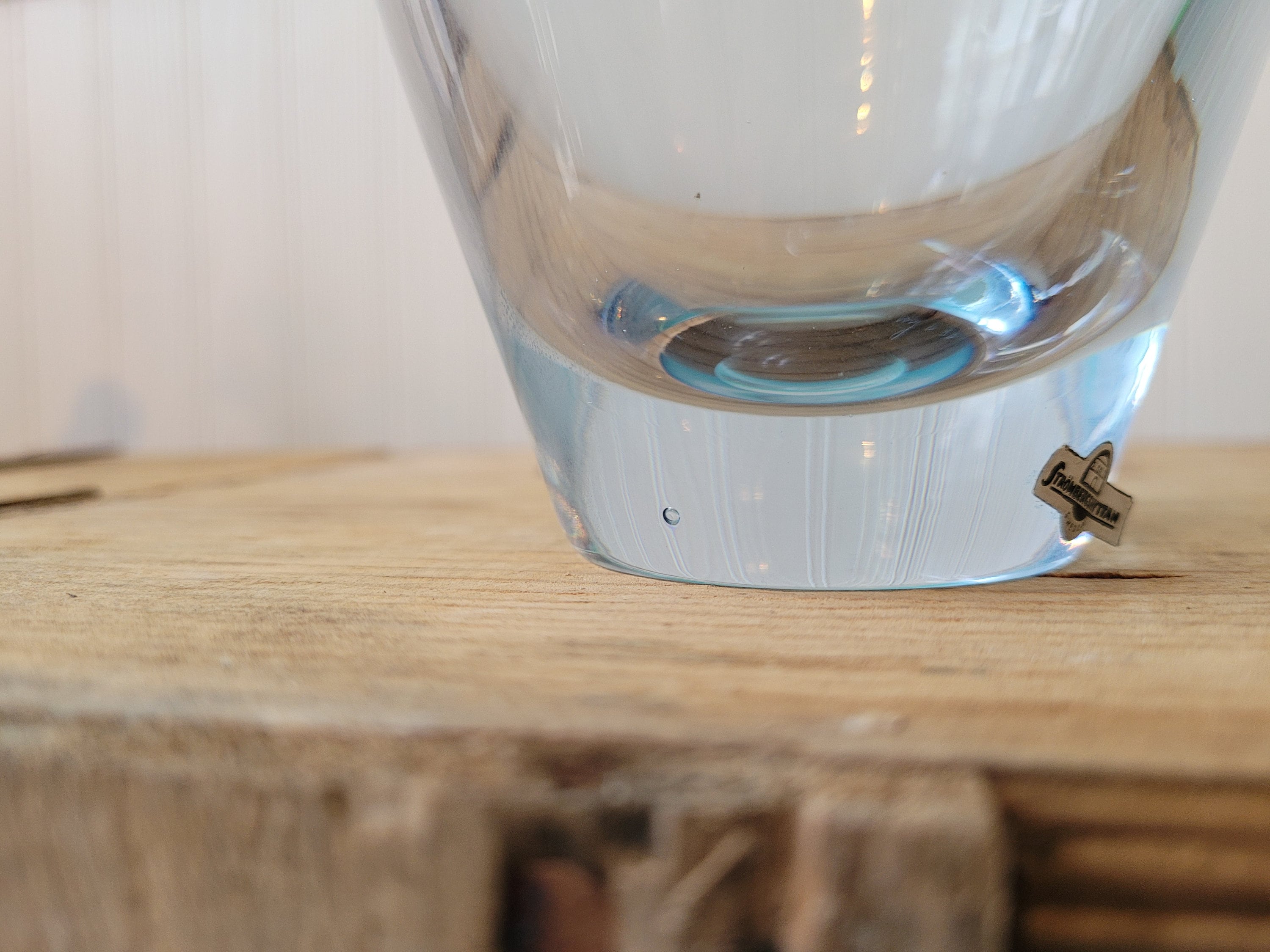 This sleek 1950's glass decanter from Strombergshyttan, Sweden is highly collectible and a real eyecatcher. It is in used but amazing condition. No major scratches or chips or cracks, very little if any signs of use. there is a signature on the bottom(pic 8), which I couldn't figure out. It stands 8 1/2" tall with top. the lines are just stunning and it has a lovely blue tinge to the glass, which is a signature style.

Lindfors Glassworks was founded in 1876 and changed its name to Strombergshyttan in 1933, when Edward Stromberg, former head of Orrefors, took over the the company. He and his son, Eric, created a process to make glass with a bluish-silver color, which became the dominant characteristic of Strombergshyttan glass.

Gerda and Asta Stromberg designed many of the pieces, along with Rune Strand and Gunnar Nylund. The Stromberg family sold the company to Orrefors in 1976 and it was closed in 1979. Although most Strombergshyttan glass is signed with a production code, the designer is never noted on the glass