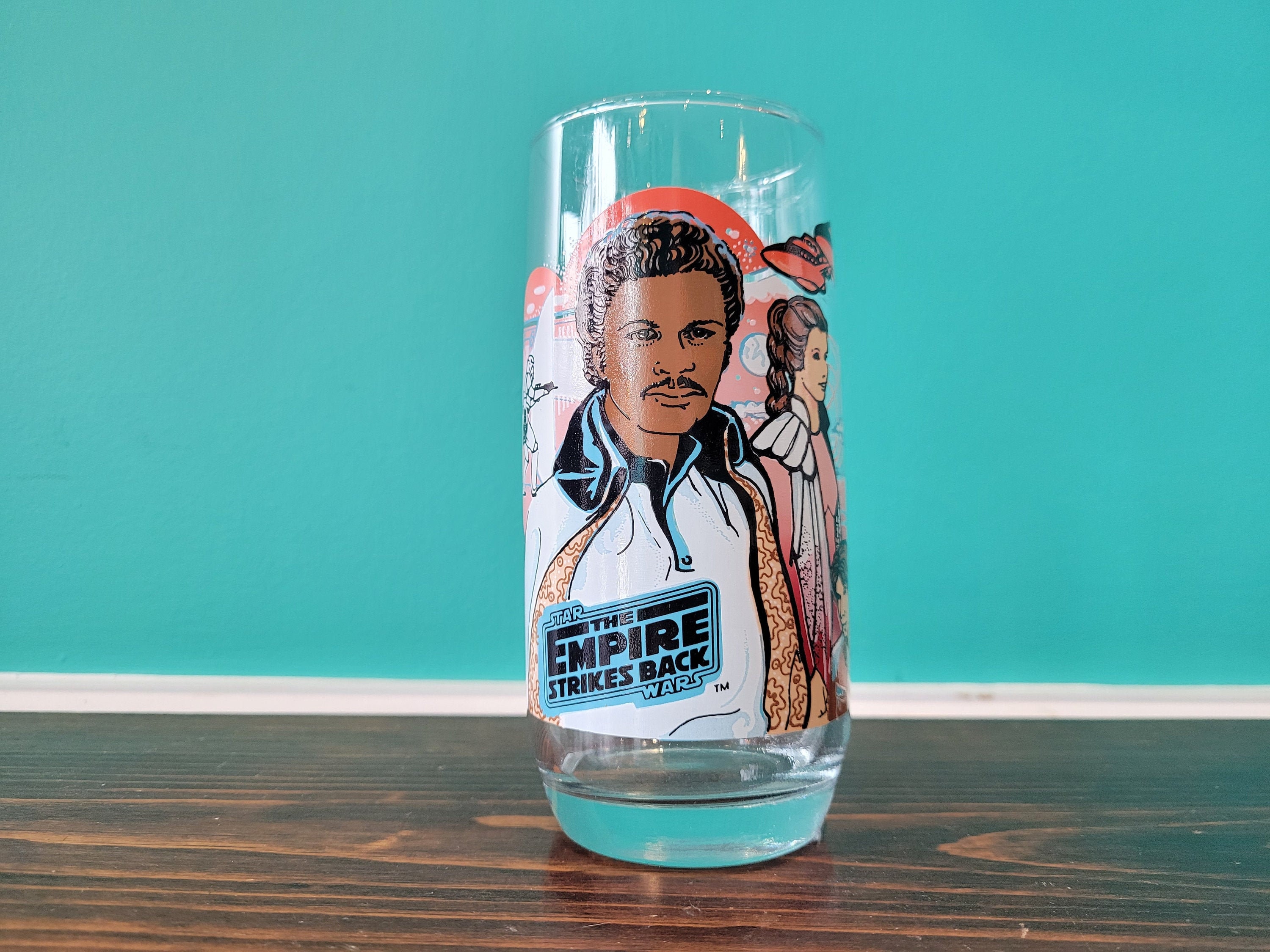 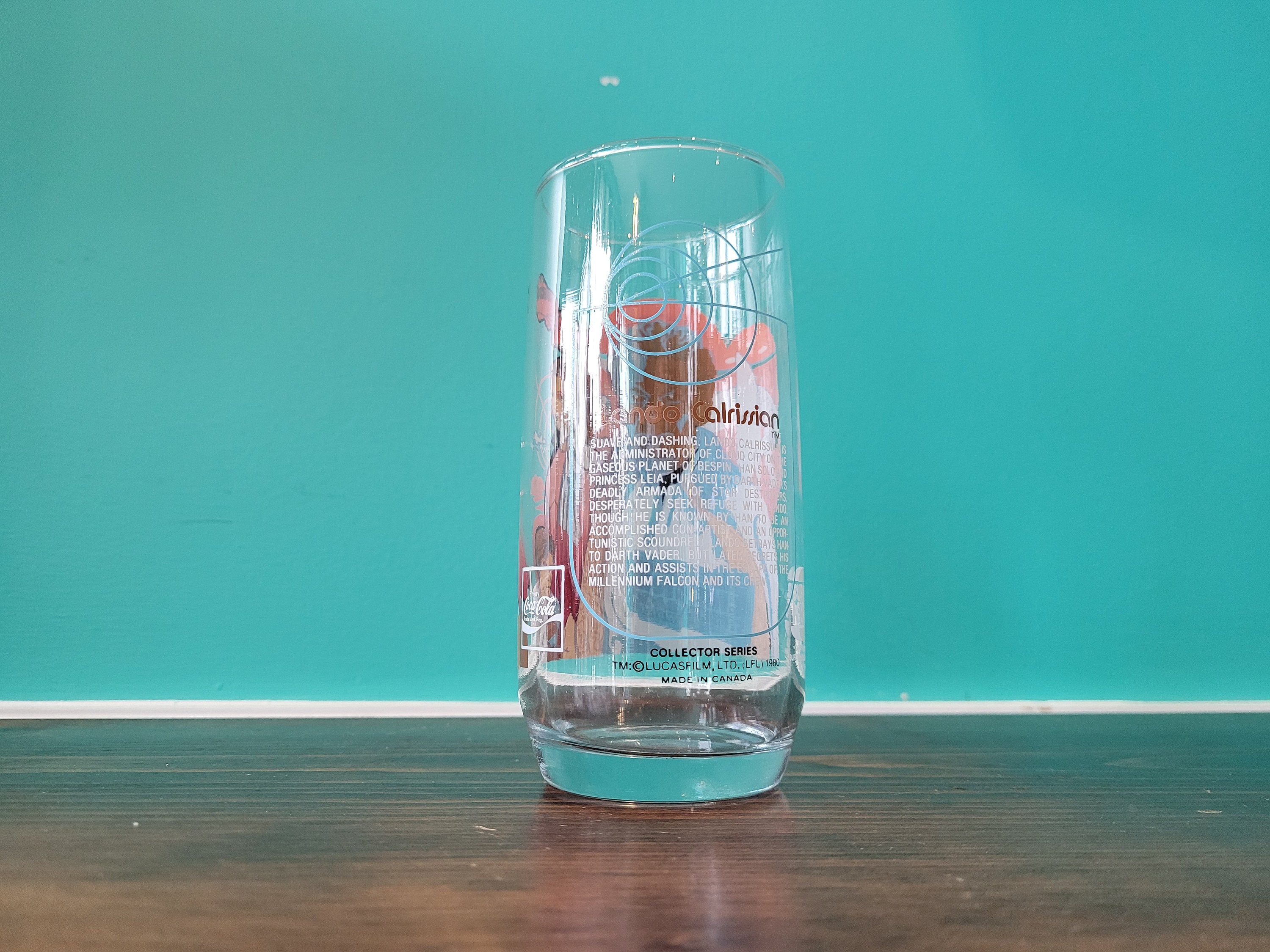 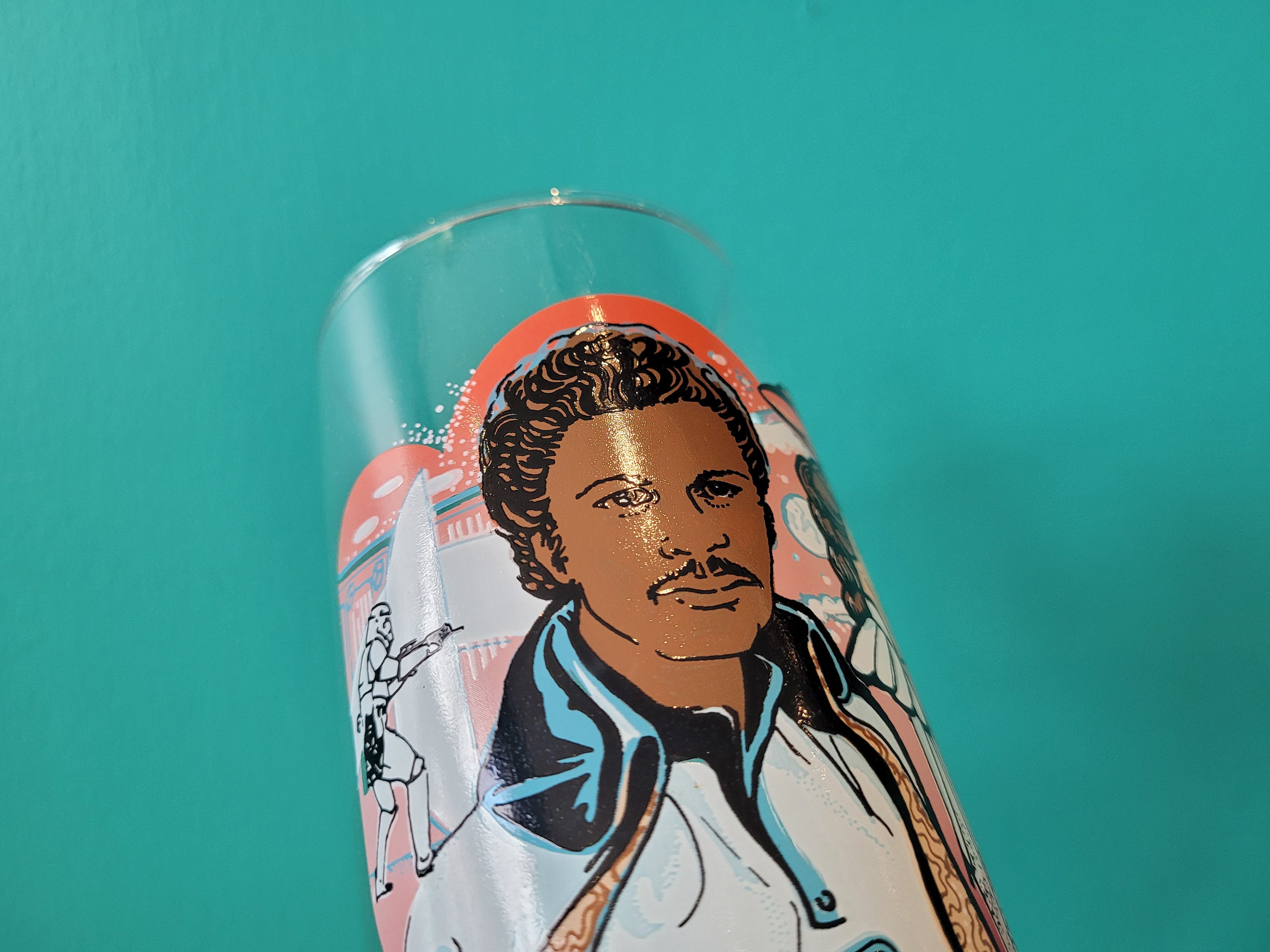 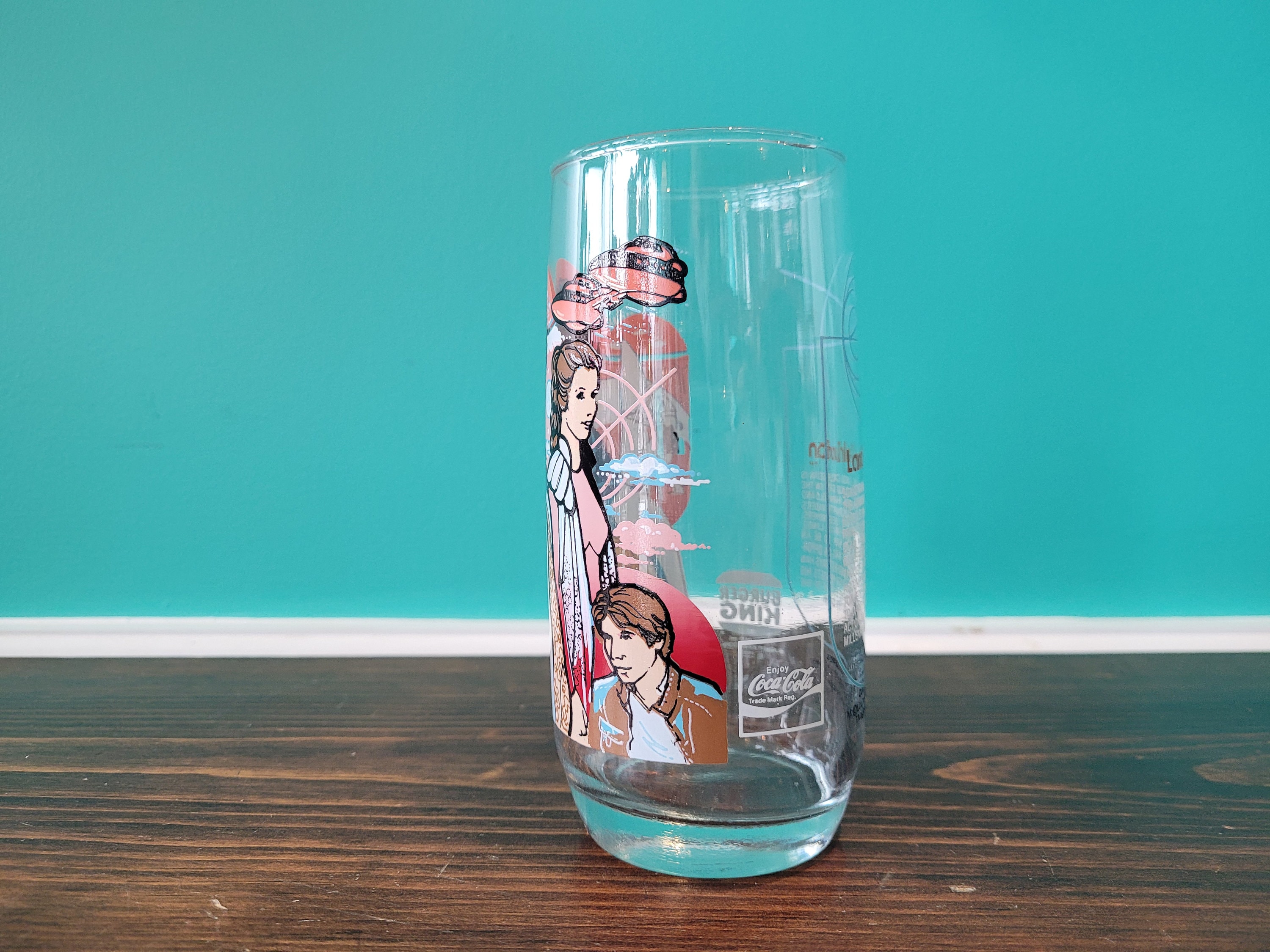 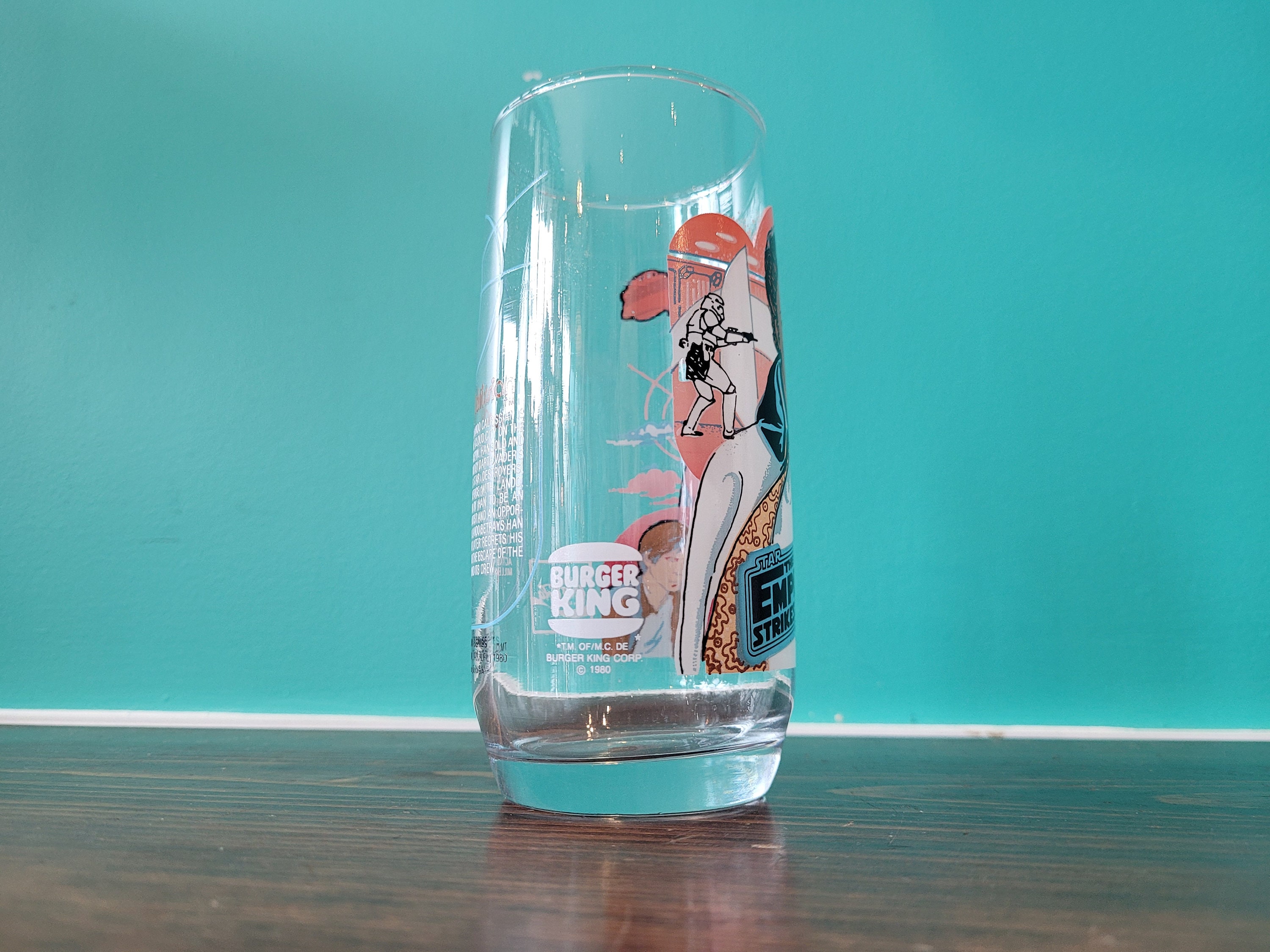 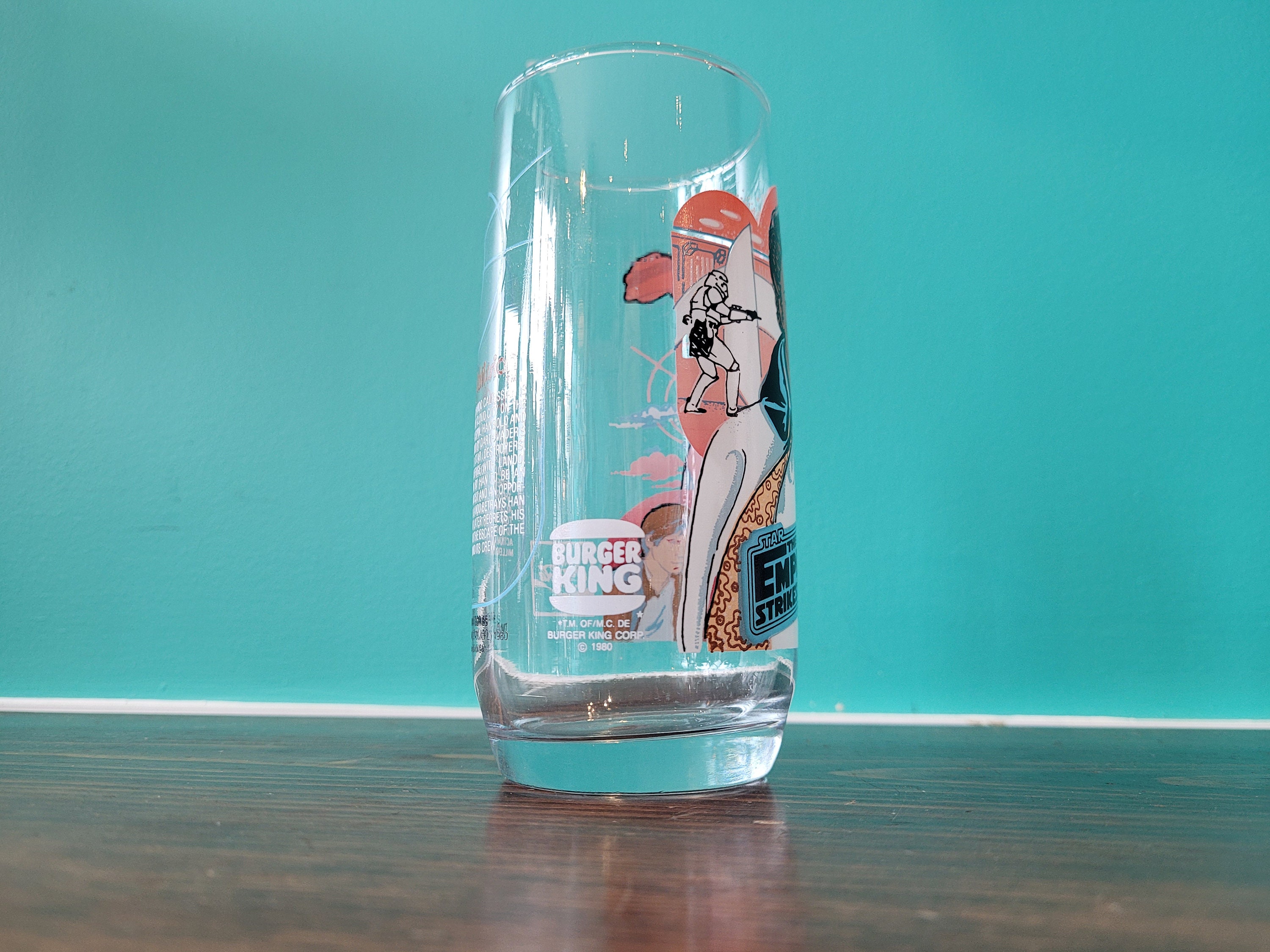 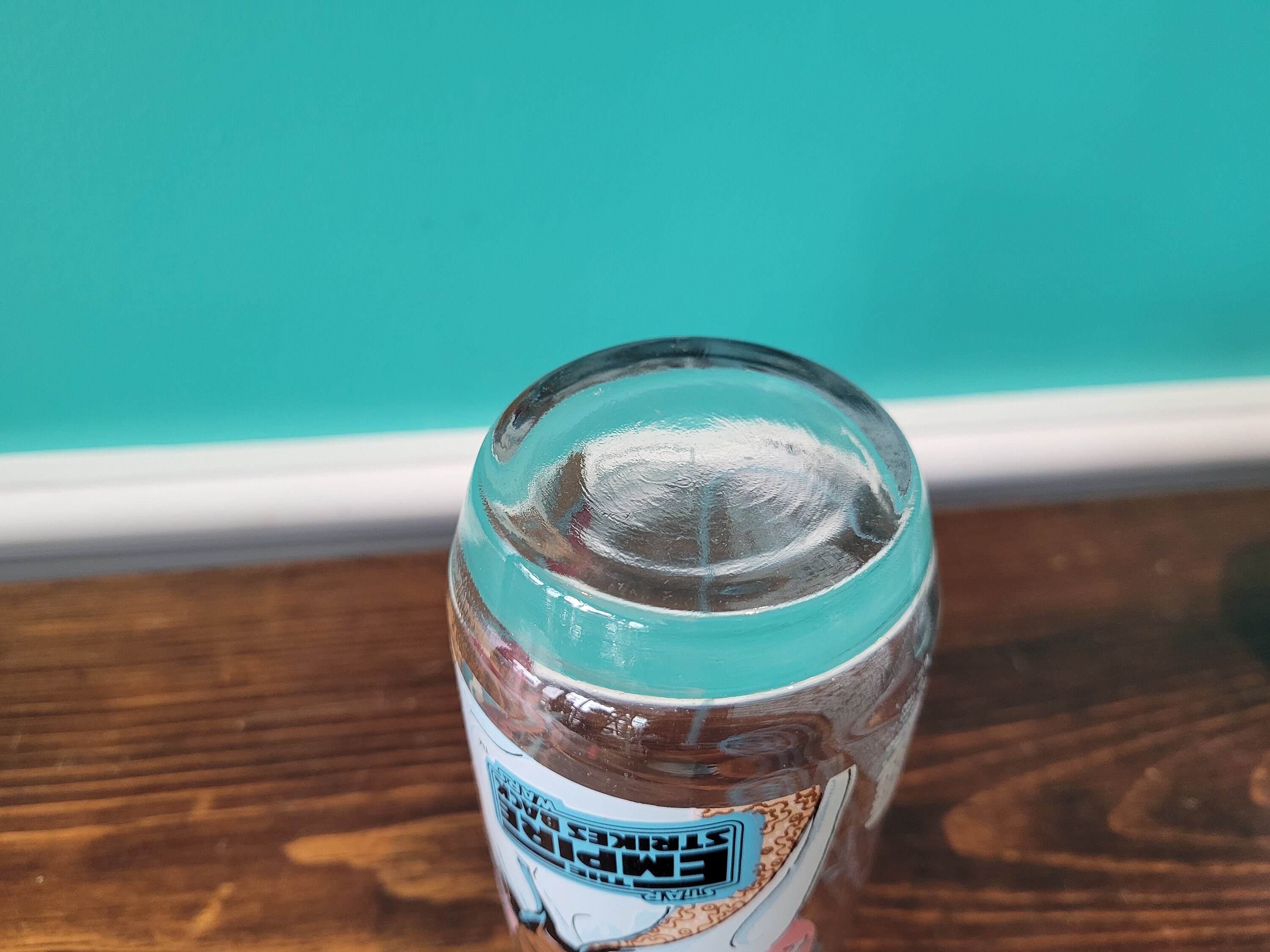 Here we have an awesome bit of memorabilia, whether you're into Star Wars, Burger King or Coca-Cola.
This is one of four Empire glasses offered.
This is the Lando Calrissian glass, it stands 6" tall and is 2 1/2" across. It is in like new condition, appears to have been in a collection and not the kitchen cupboard. There are no cracks or major scratches in the glass. The graphic is full and complete, vibrant and shows zero signs of wear. It features Lando, Leah, Han and a storm trooper, on the reverse is Lando's bio.
It has the Coca-Cola logo, appears to have been sponsored by them, like everything in the 80's.

Star Wars V: The Empire Strikes Back (Burger King, 1980) On July 18, 1980, in just four weeks, Burger King had offered four glasses based on the 20th Century Fox movie Star Wars V: The Empire Stikes Back. These glasses had stunning images of The Empire on them. Also available at Burger King are a set of three posters, also based on the movie, drawn by artist Boris Vallejo depicting Vader and the Carbonite chamber, Han and Taun Taun and Luke in Dagobah with Yoda.