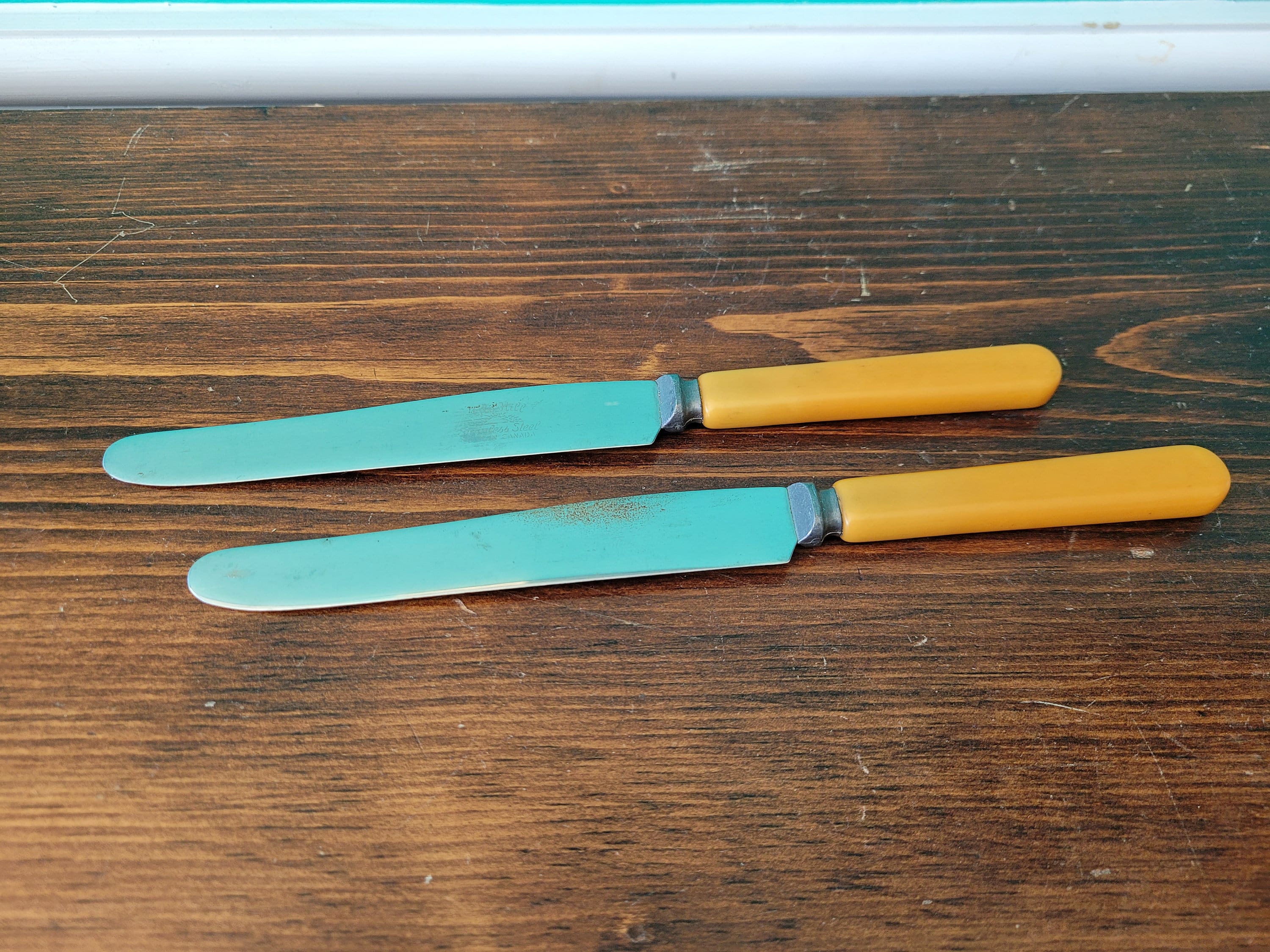 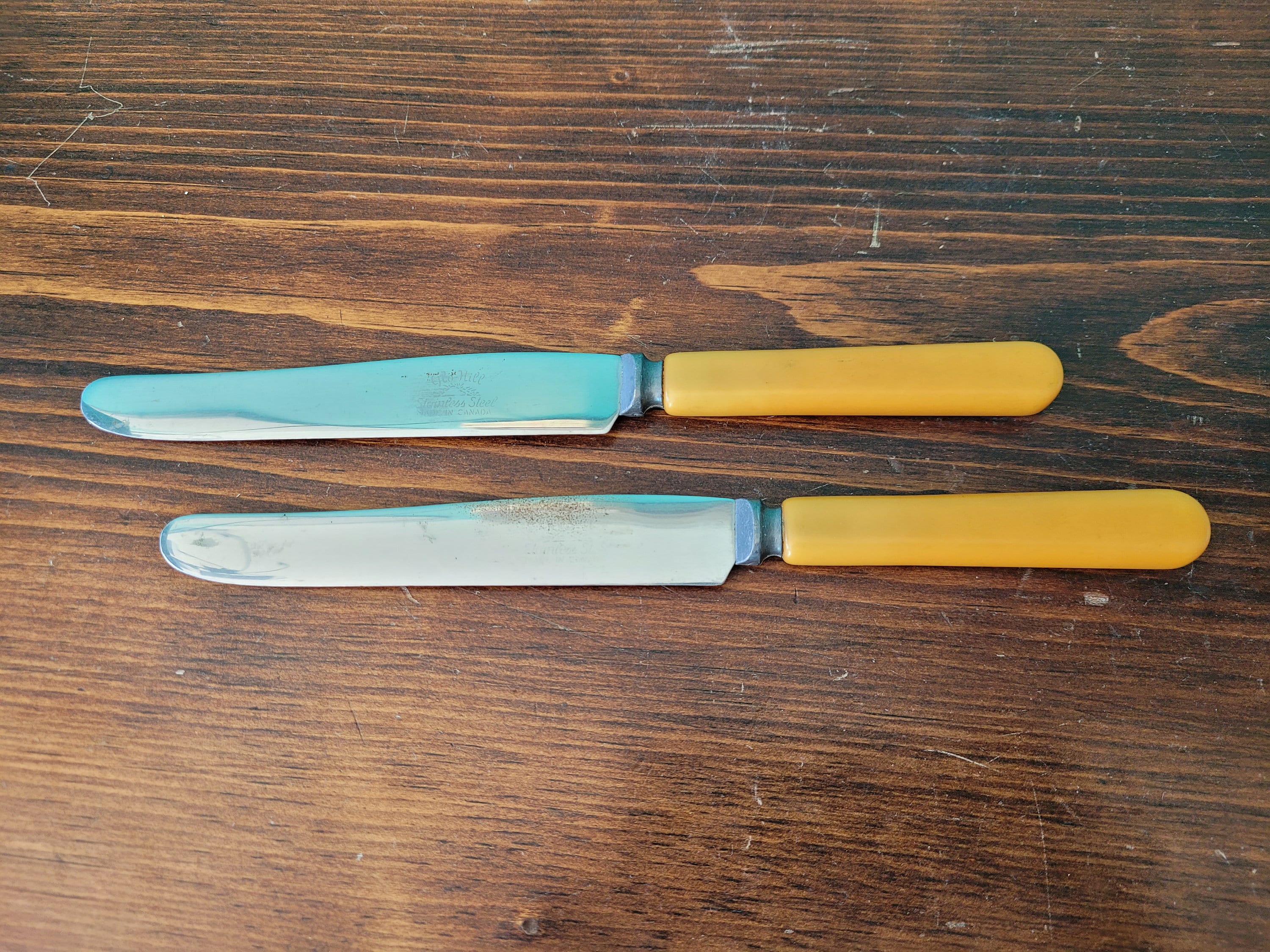 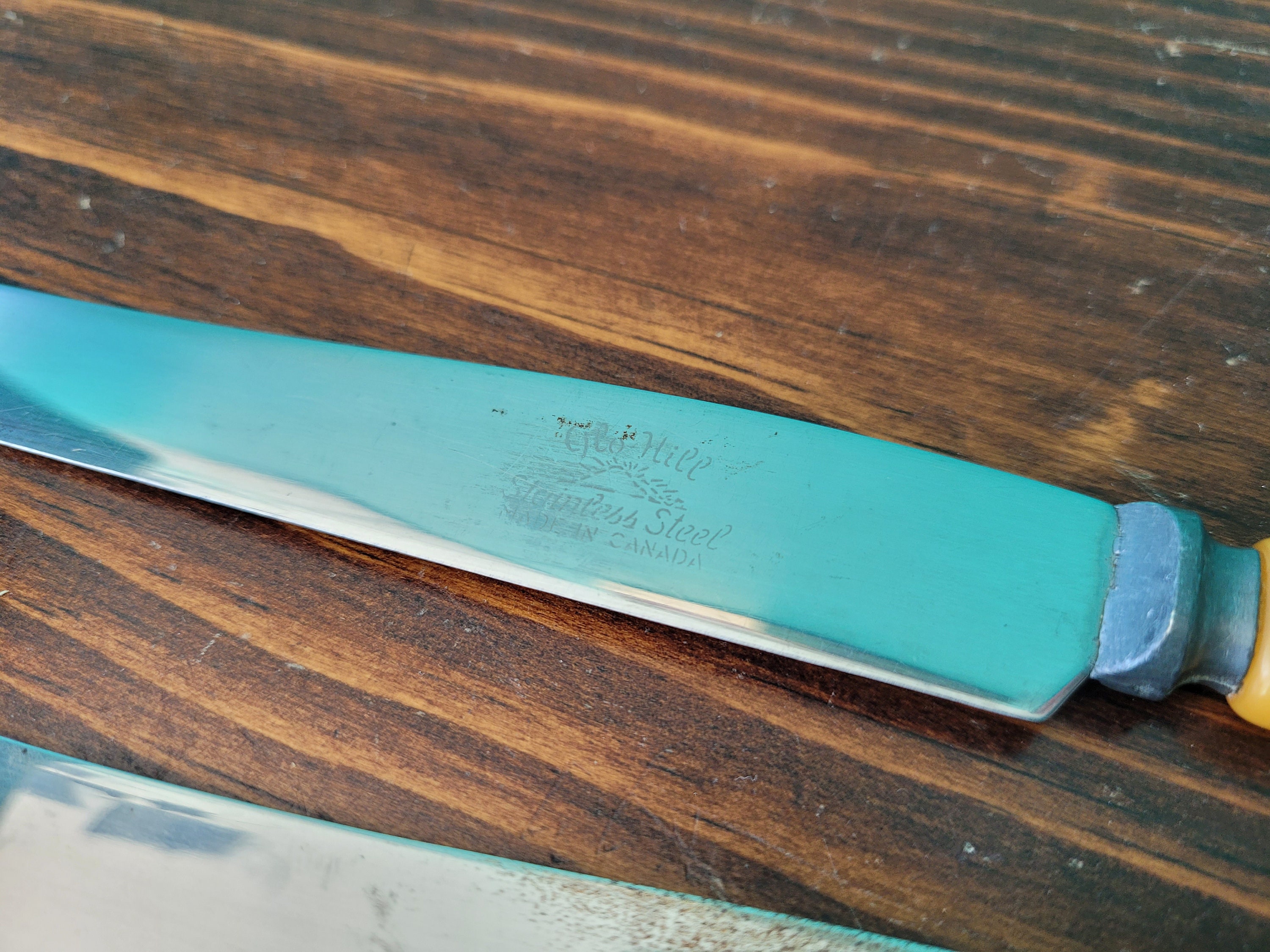 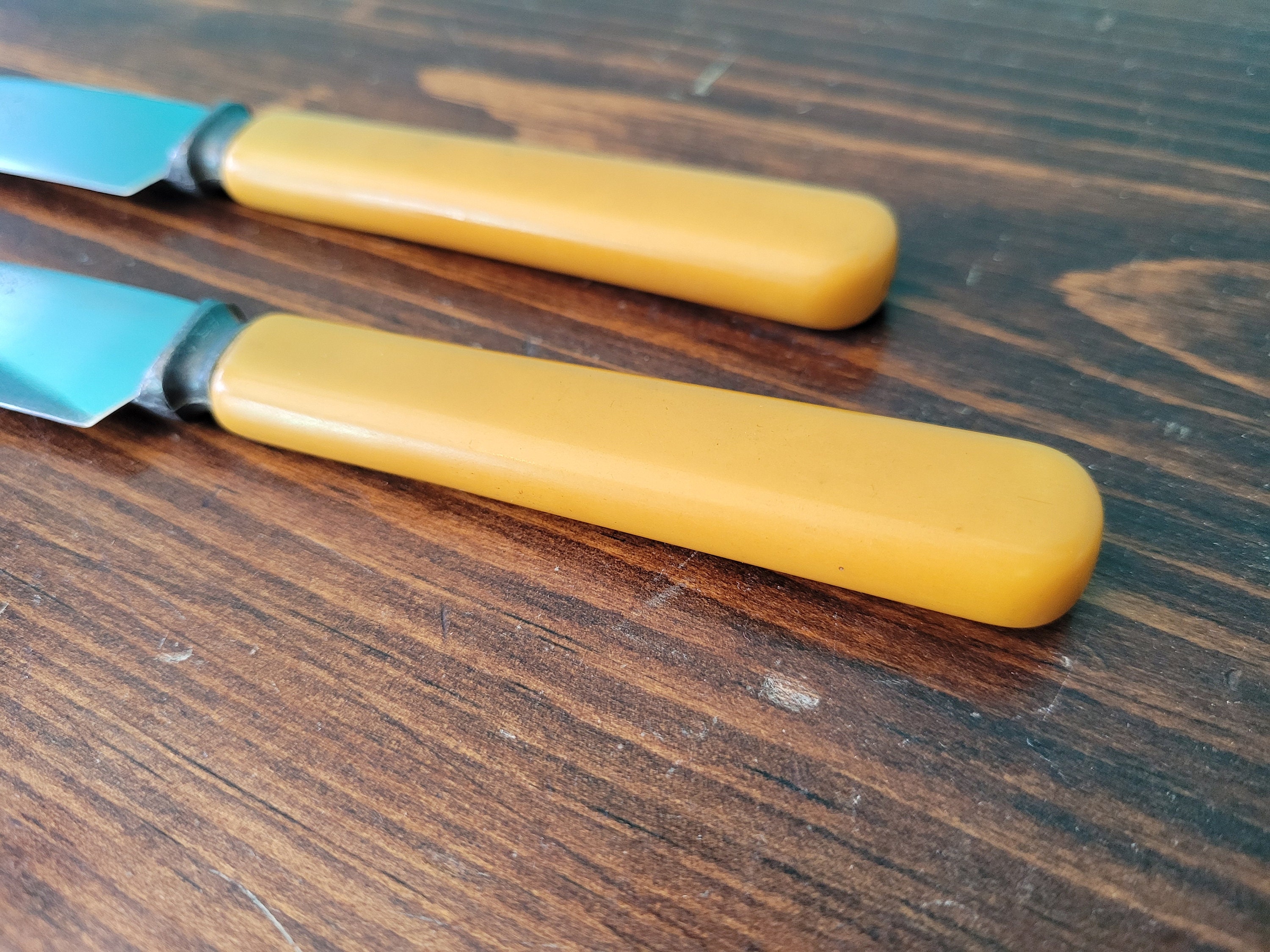 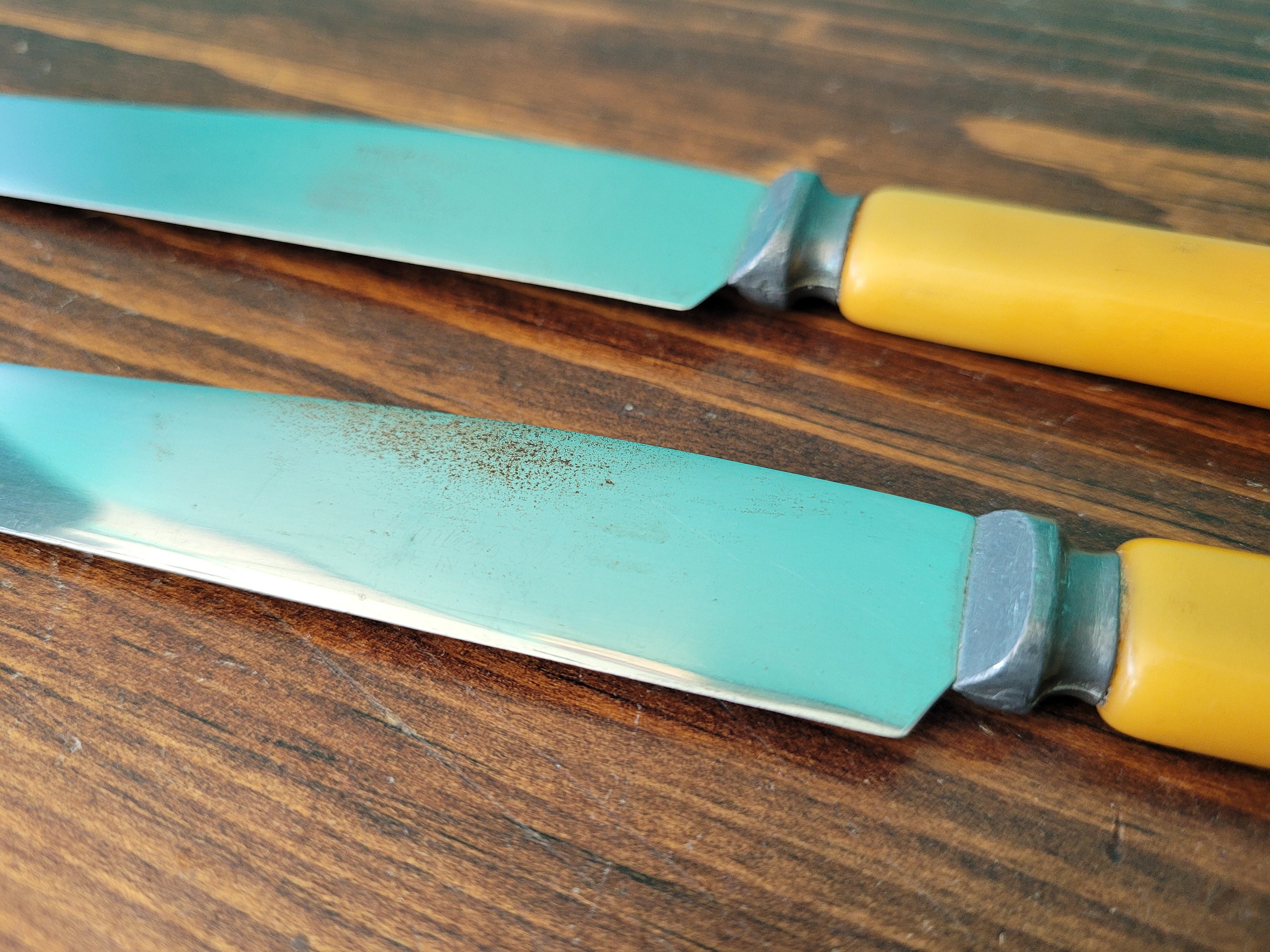 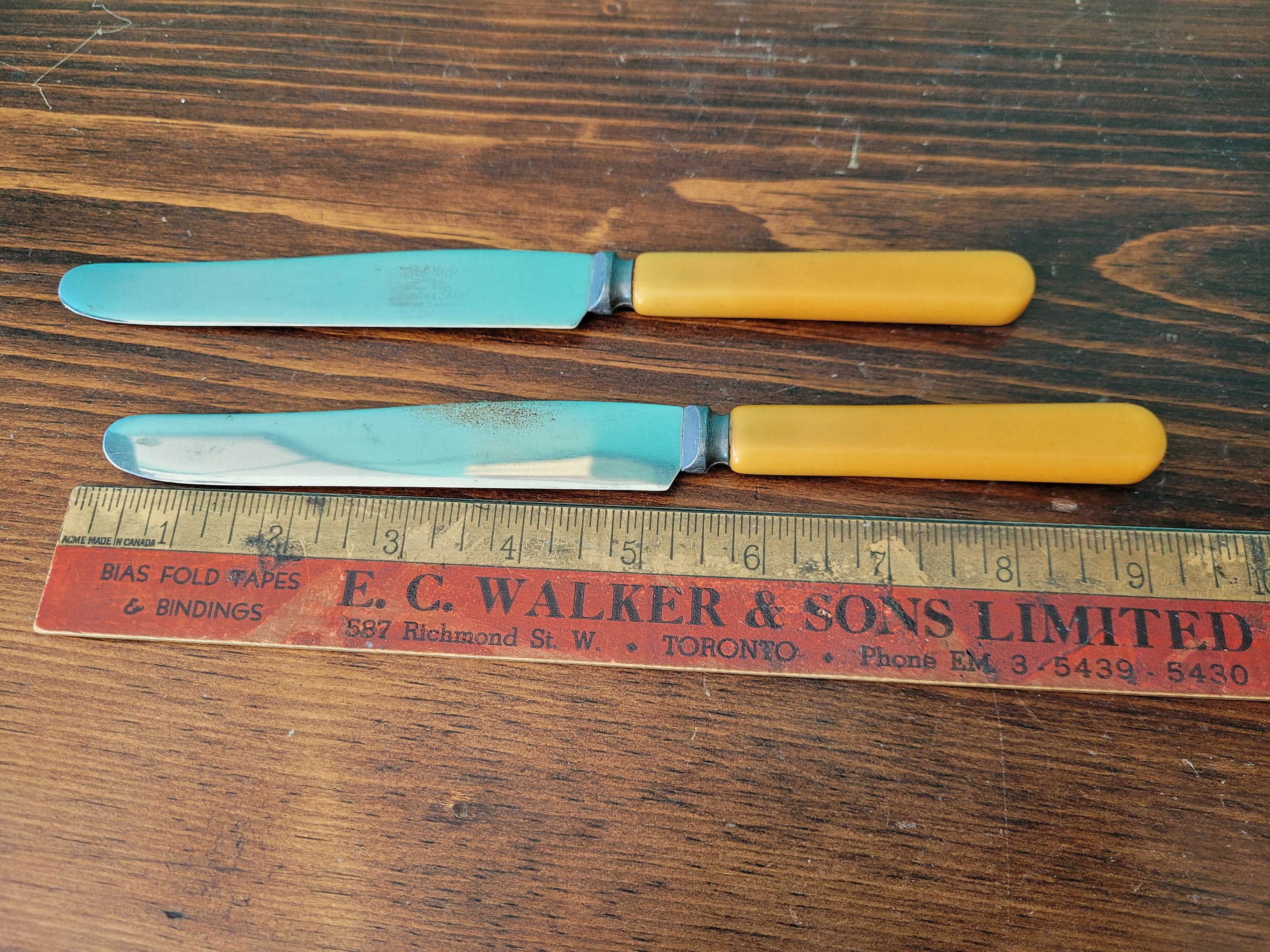 The Glo-Hill Company (later changed to the Glo-Hill Corporation), in Montreal, was started in 1945 by two friends and brothers in law, Jack Globus and Harry Hill. The two brothers of Jack, Leo and Saul, were invited to join the company in very short order. Together, the Globus Brothers and Harry Hill became ‘Glo-Hill’. The Globus Brothers were of Belgian descent, their family having arrived in Canada at the beginning of the 1900’s.

With the rising popularity of the home cocktail party, no home was complete without a set of fancy cutlery for the guests.

Quite a bit of wear with some visible rust as pictured.